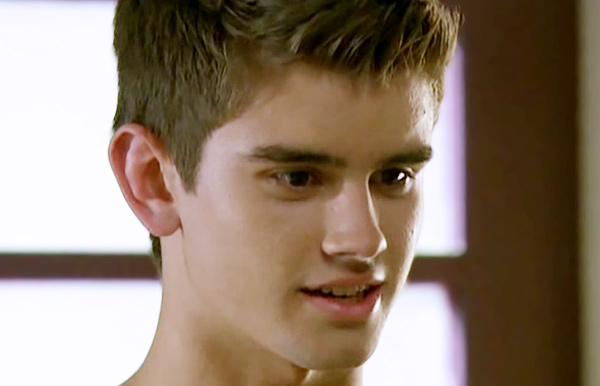 Jackson was a Summer Bay High student who was in Year 12 at the same time as Nicole, Romeo and Indi. He was first seen celebrating the end of exams with the regulars. When Gina refused to allow an official school formal and the students arranged to hold an informal formal at Angelo’s instead, Jackson agreed to be Ruby’s date, since as a Year 11 she wouldn’t normally be allowed to go. However, he was quick to make himself scarce when Charlie, who had grounded Ruby, turned up and dragged her home.

A few days later, Jackson turned up at Ruby’s house looking to spend time with her but Ruby had been told by Nicole that he had left the formal with another girl and, taking his phone, showed that he was lying about having lost her number. She then found a video of Liam and Bianca kissing while Bianca was engaged to Vittorio on the phone. Jackson said he was planning to post it on the internet but Ruby quickly deleted the video before giving the phone back to him.