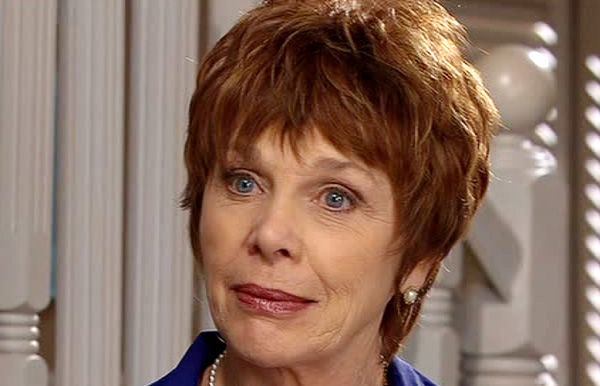 Diana first appeared when Lachlan took his then girlfriend Shannon to a family meal which descended into farce when her husband’s homosexual affair was uncovered. She then reappeared later in the year when she heard about Lachlan being the father of Chloe’s baby and immediately started to try and split them up. Lachlan was offered a job in the city and decided against it to stay with Chloe. When Chloe then got an offer from ANU, Diana set about talking her into taking the place, but she to said no and Diana was again left disappointed.

Chloe then brought Lachlan’s old girlfriend, Claudia, onto the scene, but again this prove futile. Diana then set about trying to blackmail Chloe into leaving Lachlan alone by threatening to reveal her dodgy past. When Chloe went to Irene, Irene managed to uncover Diana’s underhand tactics to split Chloe and Lachlan up and Diana left the bay in disgrace.

Diana returned to Summer Bay when Chloe gave birth to Olivia and was suspiciously nice. A few weeks later Lachlan falls ill and is taken to hospital. His condition deteriorates and he is taken to a city hospital. Chloe gets in contact with Diana, who arrives and starts taking over the situation. Chloe and Diana argue over who should be looking after Lachie and eventually Diana moves him to another hospital. Then as Lachlan’s illness continued, they tried to make peace. Irene and Chloe then discharged Lachlan from hospital before Diana took Lachlan with her to another institution.

Towards the end of the year, Diana arrived in the bay and started trying to organise the Olivia’s life by trying to get it enrolled into her old school. Chloe said no, but said she would allow Diana to see Olivia. Chloe then agreed to Diana’s plan to send Olivia to a good school in the Summer Bay area. Diana then pays for Chloe to go to America to see Lachlan who Chloe finds in the arms of another woman. After this, Chloe fells for Lachlan’s brother James.

Diana returned the following year to tell Chloe that Lachie had now became engaged to Dana, his American girlfriend. Whilst in Summer Bay, Diana had a bad crash with led to her briefly losing her sight and for a short while at least, became more bearable. However, by the next time she returned to Summer Bay, she was back to her old tricks and was now trying to break Chloe and James up now that they were engaged. At the engagement party, whilst cutting up some cake, Diana got to Irene causing Irene to raise the knife. Diana had Irene charged, however James was soon able to talk Diana out of continuing with the charges.

She returned for Chloe and James’ wedding during which her car was stolen by Jesse. Whilst James and Chloe were on their honeymoon, Diana babysat Olivia. Diana then appeared at Lachlan’s funeral when he when he died in mid 1999. Diana then continued her quest to try and gain custody of Olivia, however Diana’s interference only quickened the end of James and Chloe’s crumbling relationship.

Towards the end of 1999, Diana came to Summer Bay with the aim of buying the caravan park. Her greater funds made it look like she was going to win it and set her redevelopment plan in motion, until Justine came up with a brainwave and suggested that Joel, Alf and Colleen use their combined wealth to successfully outbid Diana.

When Chloe was killed in 2005, Diana reappeared at her funeral with the aim of taking Olivia back with her. She became involved in a battle over custody with Irene, who briefly ran off with Olivia, which she ultimately won despite various protestations. Olivia mentioned how miserable she was when Irene came to visit. James turned up in the bay soon after with Chloe’s will which stated under no circumstances was Olivia to be given custody to Diana and so James took custody of his niece.