Home » Home and Away Characters » A - F » Jai Fernandez 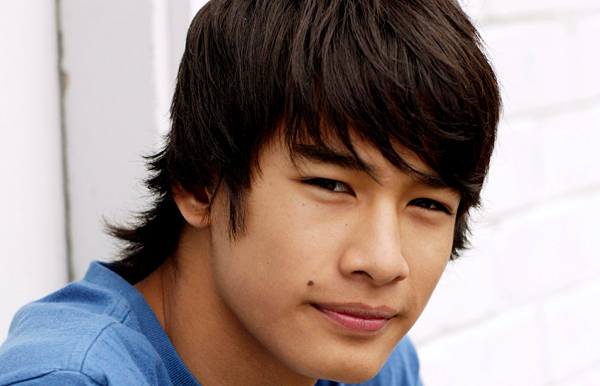 Jai was a survivor of the 2004 tsunami tragedy. He was holidaying in the area with his parents when the wave hit. He lost both his parents in the disaster in Phuket, Thailand, where he connected with a fellow survivor, Miles Copeland. The two stayed together before Jai was taken away by the authorities and returned to Australia. Miles’ suffered a crisis of conscience, now not having anything to look for and fled back to Australia, not seeing Jai for years.

Miles tracked Jai down through Morag to a share house in the city. After countless foster situations, he built up a wall and refused to connect with anyone. All he did is bounce a tennis ball on the wall for hours, and didn’t talk to anyone.

Miles arrives at the house, and begins to talk to Jai. He says how sorry he was about leaving Jai, but that he couldn’t take care of himself, let alone anybody else. He is truly sorry and wants to rebuild the friendship he and Jai forged. Jai asks Miles if he is done before storming off into another room.

Miles informs Jai that he will be in the city for another day or so before he returns to Summer Bay. He offers Jai a place in the house and gives him his number to contact him. Jai remains wordless, so Miles leaves the room. As he is leaving the house, Jai comes after him and announces he will take Miles up on the offer, as “anything is better than this hole”.

He struggled to settle in at the house and at school and rebuked Annie’s attempts to befriend him. He had trouble at school but seemed to find a friend in fellow outcast Axel. The two became friends and Jai seemed to go off the rails, causing Miles concern. They stole Matilda’s scooter and went for a joy ride but were knocked off it by a drunk Larry Jeffries and Axel later died in hospital.

After Axel’s death jai became convinced he couldn’t die and jumped off a cliff to prove it, much to Annie’s horror. When Matthew threw his school bag on the roof, Jai went up to retrieve it, despite the danger and landed down safely. He refused to see why everyone was upset with him so Annie decided to teach him a lesson and get on the roof herself. She was hurt and wound up in hospital, causing jai to feel guilty and they shared their first kiss. Miles and Irene though were upset at Jai and Annie lying to them and kept them apart but they communicated online and through Ruby. Eventually Jai opened up to Miles and the rules were relented.

Annie became concerned that Jai wanted sexual relationship she wasnt ready for but Jai managed to convince her otherwise. They later found traces of Arsenic in samples from a school science project and linked them to the possible toxic waste leak at the development site. He gained a new mother figure in Kirsty when she and miles got together and enjoyed having her son Ollie around. He got upset when Miles kicked Kirsty out after she was revealed as an escort and blamed Miles for it.

Annie and Jai decided to go for a picnic, but VJ tagged along and ended up wandering into a storm drain… just hours before a storm. Jai and Annie decided to look for him and split up, but only Jai and VJ came back out. An official search started for Annie as the storm hit and she was rescued by Charlie. Jai gained a new housemate in melody but struggled to cover from her as she spiralled into rebellion and drugs. After she snuck out on the night of the formal, he and Annie persuaded Kane to go and look for them but they ran into Melody. Kane’s car swerved to avoid her and crashed into the school hall which exploded. Jai was unconscious but rescued by Annie, Charlie and Geoff and made a full recovery in hospital.

Jai told Miles about Melody’s part in the formal disaster and further trouble with her caused her to run away to Melbourne. She returned home but soon left to live with her mother. Jai was upset when Kirsty returned to the bay nut not to Miles and when Trey gave him a hard time he was devastated when she took Trey’s side over his. Miles and Kirsty soon reunited though but a cloud hung over the family as Kirsty was accused of having a sexual relationship with Trey. Jai uncovered evidence of Trey’s past weight issues and Miles used the evidence to get Trey to drop the charges, causing things to go back to normal for the caravan park house.

Jai was concerned by Miles’ warnings about Gardy, especially when Gardy approached him at school and handed him Roman’s smashed phone. He comforted Annie after she was hit by a drunk Irene. Jai gained another new housemate in Nicole but was annoyed that she was dating Trey. He asked Nicole to help out with a video he was planning for the town film festival and was shocked when he found footage of her and Trey having sex. He and Xavier confronted Trey who told them he would destroy the footage but instead, after an argument with Nicole, he played it in front of the town. Once he’d finished choking, Jai brought the show to an end by pulling out the plug.

Annie’s fears that Jai wanted a sexual relationship continued to be an issue, especially when Xavier and Ruby confided that they were planning to sleep together. At Ruby’s birthday party, Jai drank some spiked punch and revealed he did want to sleep with Annie, prompting her to break up with him. Some school friends gave Jai a pornographic magazine which Annie then found when Jai attempted to cook a reconciliation dinner for them, causing her to storm out. Increasingly bitter, Jai sparked off a mini-riot against Trey when he tried to apologise to Nicole at the school, pelting him with rubbers. Miles was furious with him, grounding him and ordering him to clean the showers at the caravan park.

When Jai and Xavier messed about with an old shotgun Martha found at the farm, the gun accidentally went off and the bullet grazed Jai’s arm. They went to the hospital but left without getting any treatment rather than letting Rachel see them. Annie noticed Jai’s injured arm and when she and Ruby found out the truth she ended any hope of a reconciliation between them. They found themselves paired up on the school trek and Jai insisted on using a “short cut” which got them lost in the bush. With his wound having become infected, Jai became increasingly feverish and ended up collapsing. The pair were found and Jai was rushed to hospital where after a strong course of antibiotics he eventually recovered. Jai was unaware of recent events in the bush when Trey stumbled into his hospital room and stunned when Trey responded to his latest taunts by trying to smother him.

Jai was disappointed when he saw Annie and Dexter getting on well at a party. He did his best to support Annie after Belle’s death and suggested they should get back together but she told him she wasn’t ready for a relationship. He found Dexter with a photo of Annie and told her about it, only to find Dexter had made her an album of the last photos Belle took. Jai tried to make an equally grand gesture by setting up a website dedicated to Annie but when he went to the house to tell her, he found her kissing Dexter. He stormed out, angry with both of them, and refused to listen to their explanations. He found a pregnancy test in the bin at home and realised it was Kirsty’s. Miles walked in while they were talking about it and Jai told him what was going on despite Kirsty wanting it kept quiet. When Dexter left town, he sympathised with Annie but also told her he knew they’d get back together, which she refuted. He borrowed Belle’s camera for his website but accidentally broke it and was relieved when Brendan repaired it. However, Annie was angry with what he had done and told him that if he kept on harrassing her they couldn’t even be friends.

Jai was delighted when Romeo, an old friend from the children’s home, came to stay with them. He told him about Annie and Romeo offered to help him win her back. He persuaded Jai to chat up another girl, Phoebe, for practise and get her phone number but Jai was left bewildered when Annie, after chatting with Romeo, told him to stop talking to people about her. They decided to win Annie over by sending her anonymous love poems and Jai was pleased when Annie was clearly touched by the two poems, wanting to tell her they were from him, but Romeo repeatedly told him the time wasn’t right, leaving him increasingly frustrated. However, when Jai saw Annie and Romeo in intimate conversation on the beach, he realised Romeo was after her himself. Having been reluctant to apply for a place on an exchange trip to Japan because he didn’t want to leave Annie, he decided to accept the place to get away from them both.

Even after Kirsty suffered a miscarriage, Jai refused to forgive Romeo but decided to drop out of the exchange programme because Miles and Kirsty needed him and suggested Annie take his place. Alf and Miles persuaded him to change his mind and when Romeo arranged for Annie to replace another student, Jai realised he cared about her and told her what he’d done. After a quick farewell with their friends, Jai and Annie left for Japan together.

Before Jai moved to Summer Bay, he was referred to as Jai Davis