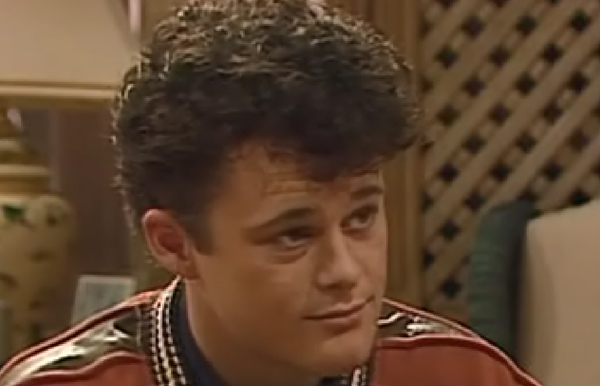 Danny Price was first seen in The Diner asking about accommodation in the Bay. Donald recommended the local hotel but Bobby suggested that the caravan park was cheaper. He went to the caravan park and asked Tom a lot of questions about Bobby and was pleased to hear that she was separated.

He talked Bobby into going out with him after telling somebody on the phone that he was going to get to ‘the judge’ through her daughter. He was disappointed on their date to hear that Morag and Bobby hated each other but used information that Bobby had given him about Morag being separated from her husband Richard, to set her up. He sent her flowers from Richard but when Morag phoned him, she was left cruelly rejected.

Danny began sucking up to Morag and she offered him a place to stay but his actions angered Bobby who refused to have anything to do with him. As he and Morag discussed the death penalty, Danny remarked about innocent people but Morag insisted that all the sentences she had passed out had been fair. Danny raised a poker to hit her but stopped himself when flashing lights were seen through the windows.

The next day, he began ringing Morag but not saying anything and after finding out from Donald that she was scared of spiders, he sent her a box of chocolates with a spider on top. After rumours began to spread about Morag and Danny dating, Morag asked him to move out but Danny took a copy of her house key before he left. He broke into her house and left a dummy hanging from the ceiling and Morag raced from the house thinking that someone had planted a dead body. When she returned with Alf and Ailsa, the body had gone. Alf and Ailsa thought she needed psychiatric help but another silent phone call convinced her that she wasn’t going mad and she asked Danny to move back in.

Bobby eventually forgave him for befriending Morag and rekindled her relationship with him. When she tried to kiss him, he pushed her away. He also gained a lecture from Morag for going out with Bobby and he was torn between his newfound feelings for Bobby and his desire for revenge against Morag and threatened to move out. He graffitied Morag’s wall causing her to beg him to stay and was seen begging the voice of his father, in his head, to leave him alone.

When Sally overheard him talking to his invisible father he became convinced that his father wanted him to kill Sally. He went to the Fletcher house but after threatening to kill her with a lump of wood, struck up a conversation with Sally over imaginary friends. He later shared his first kiss with Bobby and moved out of Morag’s house.

Morag found his shoebox full of clippings about his father’s case and planned her own revenge. She invited him, Donald and Bobby to her house and made them act out a role play of a court case whereby she trialled Danny for all the things he had done towards her. When Danny started yelling at Donald thinking he was his father and talking to him, it became clear that he was unhinged. Donald and Bobby softened towards him but Danny fled town. He was not seen again in town and his belongings later disappeared from the caravan park.

After the whole town turned against Morag for her treatment of Danny and Bobby, she received yet another disturbing phone call and returned home to find her house trashed. As she later packed her things, Danny turned up and locked her in a cupboard. He returned to see Bobby and told her that he had simply been scared of Morag which was why he went away and Bobby believed him and they reconciled.

When Sally saw Danny sneaking into Morag’s house and told Bobby, they went over there and found a suspicious Danny, holding Morag hostage. Donald convinced Danny to release Morag by pretending that he was the voice of Danny’s late father. The police were called but, with Donald and Bobby firmly on his side, the charges were dropped and Bobby began planning her life with him. As Morag left town though, Danny also departed, leaving a letter of goodbye for Bobby.