Home » Home and Away Characters » A - F » Tiegan Brook 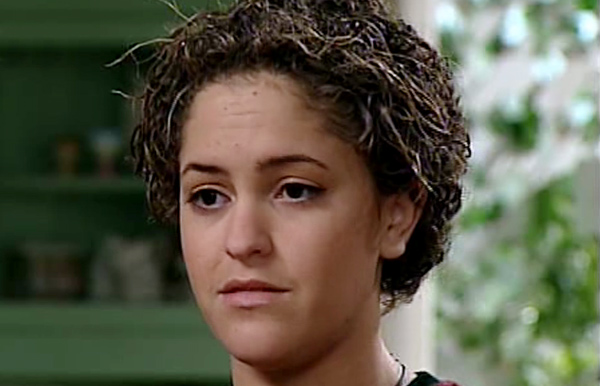 Tiegan first appeared in Summer Bay as a brief and troublesome foster child of Pippa’s. She did several mean things in her first visit to The Bay, stealing cheesecake from the fridge and blaming Sam for it, wearing Shannon’s new dress in front of Pippa, Sally, Shannon and Sam and numerous other bad girl escapades.

By the time we learned that this action was just a way of expressing that she was tired of being pushed around and misunderstood and rejected by people surrounding her.

Finding out about her analphabetism Joey made tenderly his way into Tiegan’s heart not telling anyone of the discovery of his.. all seemed to turn out to be the way one’s expected.. it was almost predictable till the day an old couple was said to accept Tiegan as a foster-child of theirs and Tiegan nearly broke our heart by saying farewell for good.

The discovery of an aunt of Tiegan’s living nearby bought her back to the bay. The aunt though couldn’t or didn’t want to propel her sharing their lives together so Tiegan was sent back to live with Pippa. Aaron was supposed to move in, too, shortly before Tiegan arrived out of the blue so Sam did his utmost to get rid of her and to make Pippa believe Aaron would be the better choice.

Old sparkles of love were fanned by the surprise meeting with Joey then.. Presenting this poem of hers to him was the first step in the right direction and Joey and Tiegan were on their way to getting romance back on track. But evil Casey couldn’t stand this lovebird-history thus she tried to split the whole thing up which backfired..

The very beginning was really painful.. pupils’ laughter and Sam giving her a hard time…

But affection to Joey never died. Joey went to hell due to his schizophrenia problems and Tiegan tried to support him the best she could despite him telling her that she was nothing more but an evil slut!

Seeing Joey at this mental hospital was too hard for Tiegan at first so she backed out… what a profound relationship that might have been unless Ian turned up on the scene again trying to convince all the former foster children of Pippa’s to come to live with them.

Tiegan was first of all reluctant for Justine didn’t want to join her but then eventually she decided to go and left Summer Bay for good.