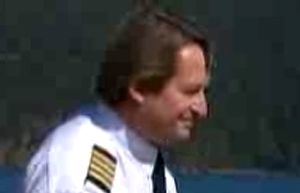 Benny Barron was the pilot of the seaplane that was hired to take Leah, Dan, Colleen, Tasha, Hayley and Kim on a tour of the coastline. He met his passengers, along with Alf and Scott, at the wharf and made an instant impression on Colleen, who after being initially nervous about the trip was now convinced she was in safe hands. Benny told her that everyone called him “Red”, a reference to the Red Baron.

Unknown to anyone, the trip had been organised by the Summer Bay Stalker Eve Jacobsen, who had sabotaged the plane. Finding himself crashing, Benny sent out an SOS message and then managed to manoeuvre the plane so that his compartment took the full force of the impact. As a result, Benny was the only fatality of the crash and his passengers were soon rescued.