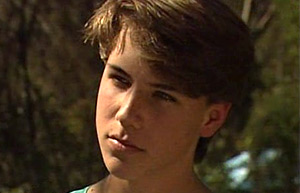 Craig was first seen falling asleep in class after being worked too hard by PE teacher Gary Samuels. He appeared a few episodes later when he was found by Bobby and Steven with a badly injured leg after training too hard.

Despite being advised that he should rest and take treatment, Jeff convinced him to take painkillers and still compete in the race they had been training for. When he collapsed before the end of the race and was discovered to have painkillers on him, Jeff accused him of stealing them and Craig covered for him. When Celia told Fisher that Craig had had painkillers earlier than he first admitted, Fisher pieced together the truth.

Craig came to live briefly with Celia while Bob went away. He and Steven organised a house party to try and get Craig kicked out so he could stay with The Fletchers instead. Their plan worked and Craig temporarily moved in with The Fletchers until his father returned.