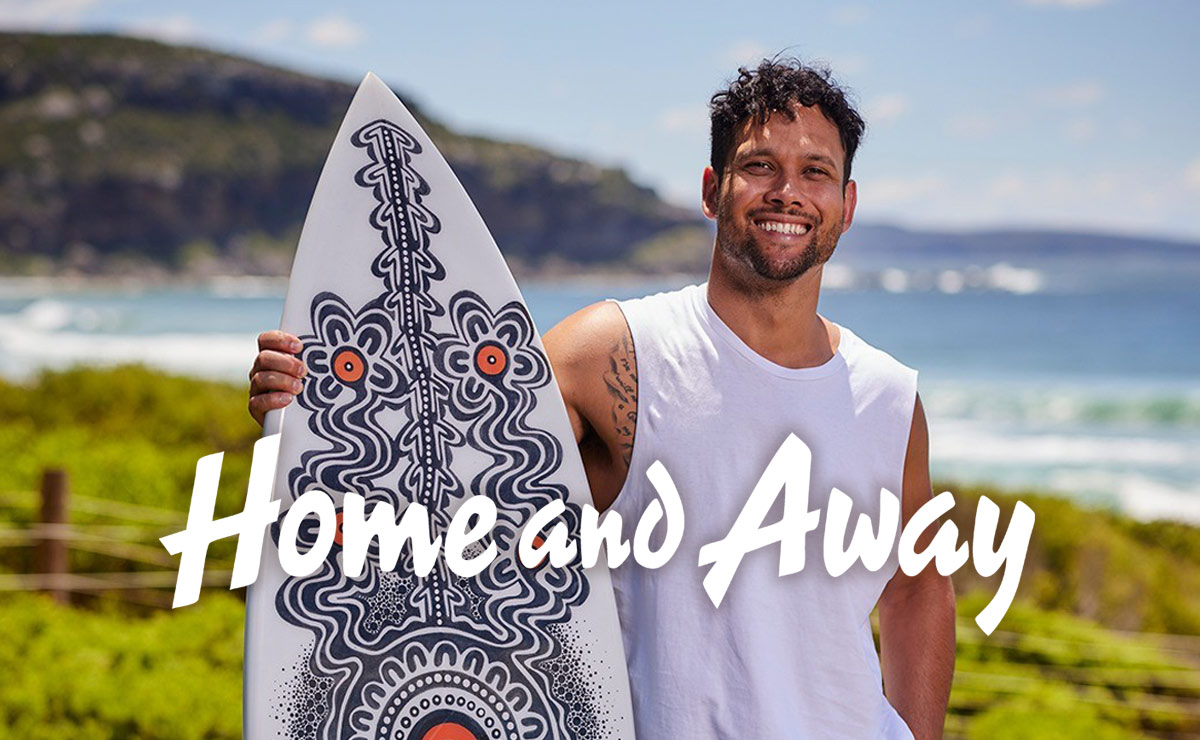 Heads up Home and Away fans, there’s a new hunk in town and he’s arriving in the first week of 2023! Welcome Mali (pronounced Marley) Hudson.

Seven Network has announced that Kyle Shilling has joined the regular cast of Home and Away and will make his first appearance in the return week of the new year.

Kyle will play Mali Hudson, and as made clear in the photo announcing his arrival, he’s joining the likes of Dean, Justin and Bree as a keen surfer. 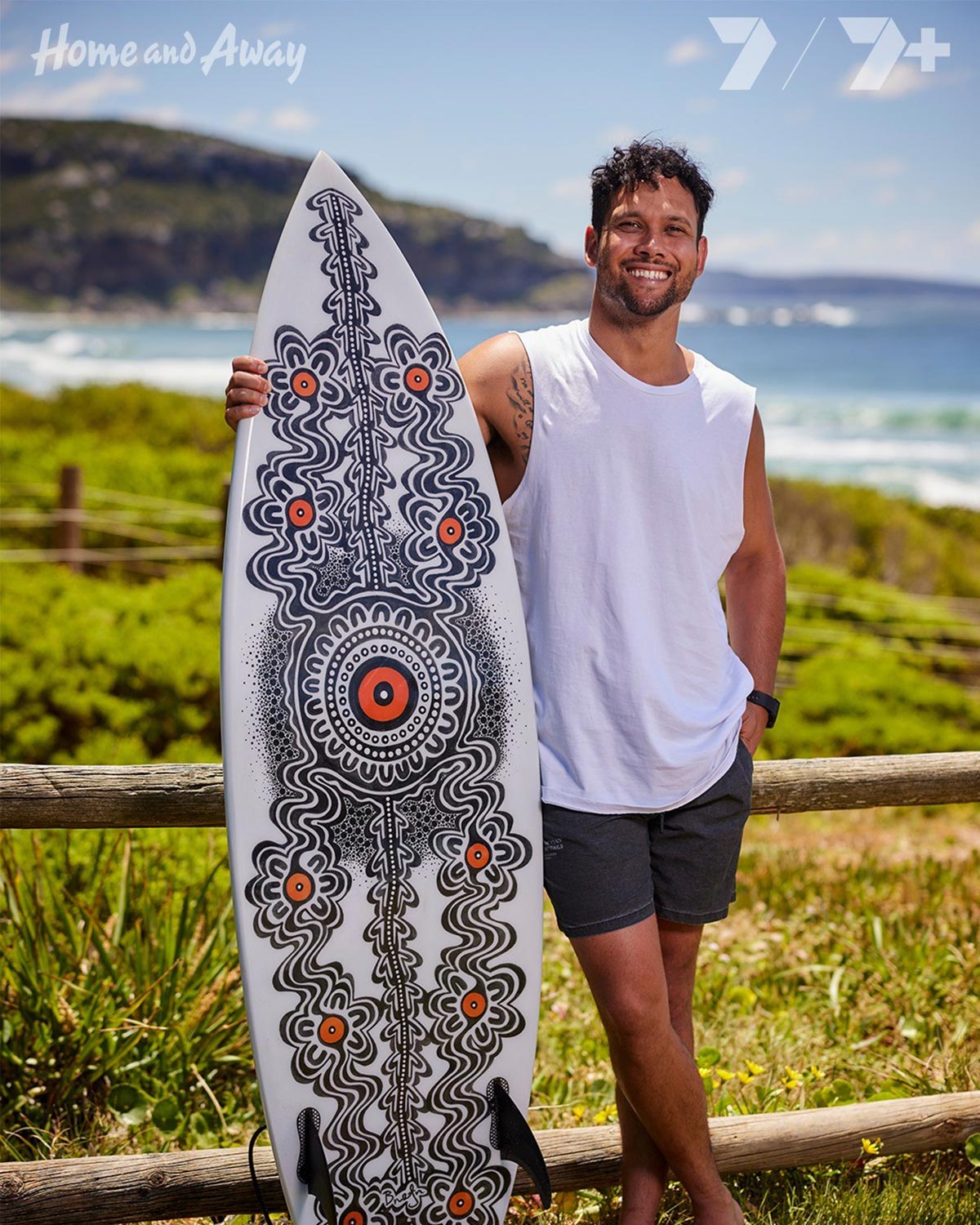 Mali is being touted as a “fun and cheeky” surfer who has links to an existing Summer Bay favourite, and it’s now been revealed that the connection is to Dean, as he’s the board shop’s board shaper.

“It’s official ladies and gentlemen. Stoked to be a part of the amazing family/team of @homeandaway,” he posted.

“it’s been nothing but an absolute privilege to work with everyone involved. Can’t wait for you all to see the story of “Mali Hudson”. BIG THANKYOU TO EVERYONE WHO HAS CONTINUED TO SUPPORT ME ♥️”

Shilling is an Aboriginal actor from the Widjabul clan of the Bundjalung Nation, and the Home and Away team have been working hard to reflect his Aboriginal roots in the character of Mali.

Speaking to The Daily Telegraph, Kyle revealed that the entire production team had been involved in creating his character, which he described as “awesome”.

“What this means to me is that they’re wanting to do this right, to tell the story of my character right, and wanting to represent my people and my culture in the right way as well,” Kyle explained.

Producers have been working with an Aboriginal script consultant to craft Mali’s character and his storylines, and the attention to detail extends to things like Mali’s wardrobe, the art in his home and the language he uses. 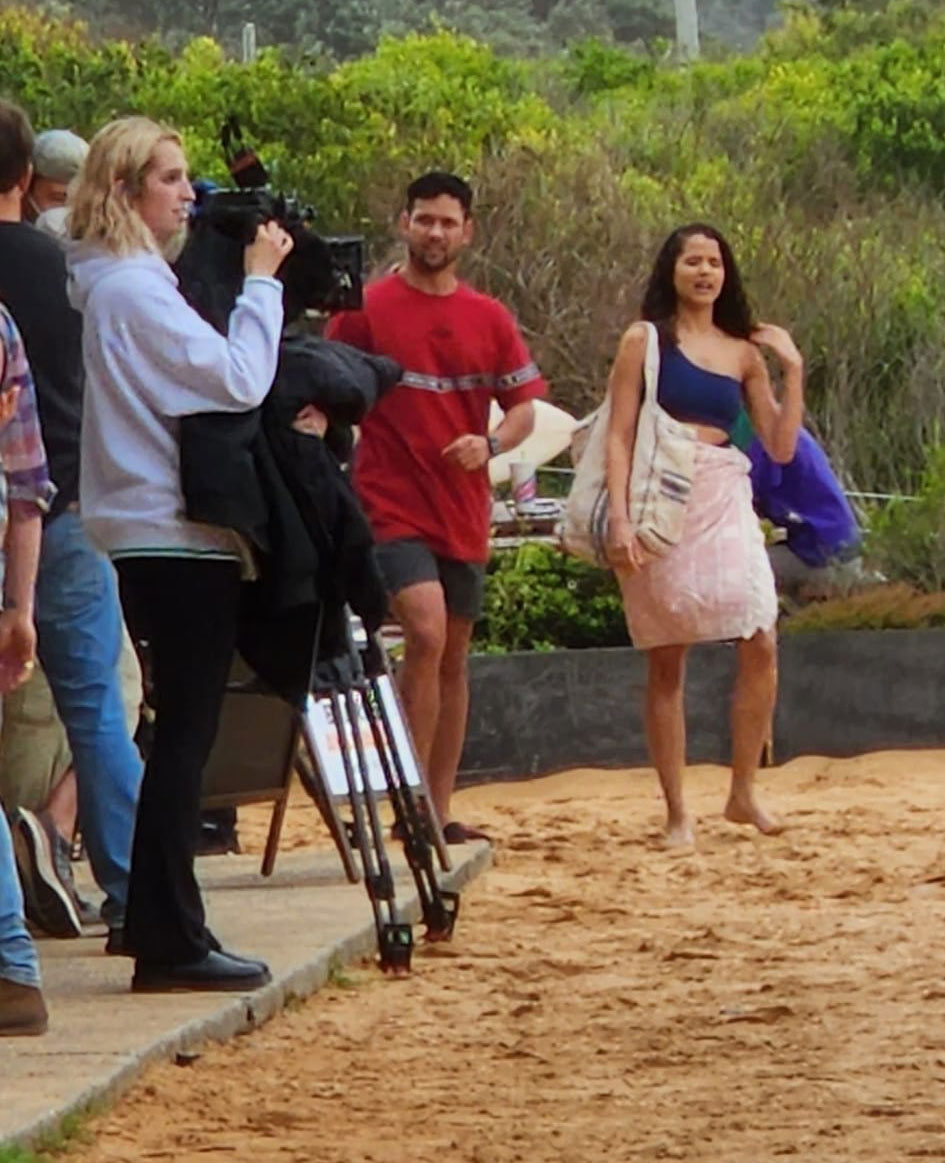 Eagle-eyed fans will know that Kyle was first seen filming in August on location at Palm Beach.

However, while the two may have filmed together a lot over the months, it seems Kirsty Marillier never took the opportunity to learn her co-star’s character’s full name.

“I had no idea your last name was Hudson 😂😂“ Kirsty commented, underneath the post on Home and Away’s official Instagram which announced the character of Mali.

Other cast members were excited for the news to finally be released, months after Kyle began filming.

It seems Kyle has wasted no time bonding with his fellow cast members, and back in September posted a photo of himself, Paddy O’Connor (Dean) and Adam Rowland (Remi) sharing a drink.

“Someone call the fire brigade, there is too much 🔥 in this pic,” Kyle captioned the post on his Instagram.

A month later, Paddy featured once again, as Kyle posted a photo of a night out with the caption “Can confirm that it was a good night…. #goodtimes #celebration #nightout #beers”.

Talking to Perth Now, Kyle added that he would have loved to see more characters like Mali on television when he was growing up.

“If I had seen someone like me on a popular TV show when I was a kid, I would have been more driven as a young person to want to better myself and explore acting,” Kyle, 29, told the publication.

“As Indigenous people, we are always categorised as athletes; there was never any other avenue I thought I could go down.

“Looking back on my 10-year-old self, if I had seen someone like Mali Hudson on such a big series, I would have wanted to be him.”

Kyle will make his first appearance in the show’s first week back in 2023.

The return week is set to be filled with drama.

The show’s final episode for 2022 saw Felicity (Jacqui Purvis) and Eden (Stephanie Panozzo) driving towards Felicity and Tane’s (Ethan Browne) wedding venue, with no idea that the brakes of their ute had been tampered with by a member of Tex’s (Lucas Linehan) gang.

The show’s return episode will see Flick and Eden narrowly avoid crashing into Leah (Ada Nicodemou) and Justin (James Stewart). The pair had left the wedding venue to head back to Summer Bay, after a culinary disaster at the Bayside Diner left Tane and Flick’s wedding cake covered in beetroot juice.

As they head back to the bay, the pair will narrowly miss colliding with Felicity and Eden’s runaway ute. However, as Justin swerves out of their path, it causes the car to flip, putting both of their lives in danger.

Felicity and Eden, meanwhile, will come to a stop after crashing into a petrol station. As petrol leaks out, the fumes ignite, sending the ute up in flames with Flick still inside.

Will everyone survive when Home and Away returns? Read our 2023 Spoilers article to discover all we know…

Home and Away returns to Australian screens on Monday 9th January 2023, just a week before the show celebrates its 35th anniversary on Tuesday 17th January.