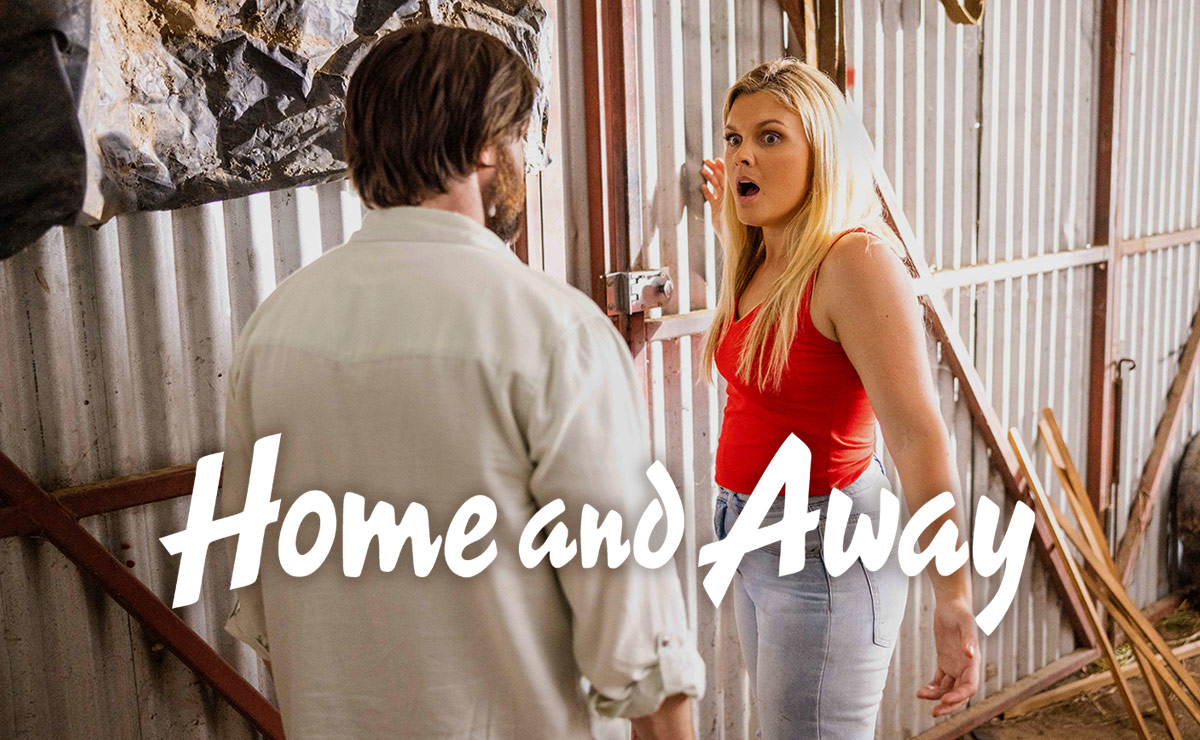 Next week on Home and Away in the UK, Ziggy and Remi spend an unexpected night together, whilst Marilyn has a confession to make to Roo… 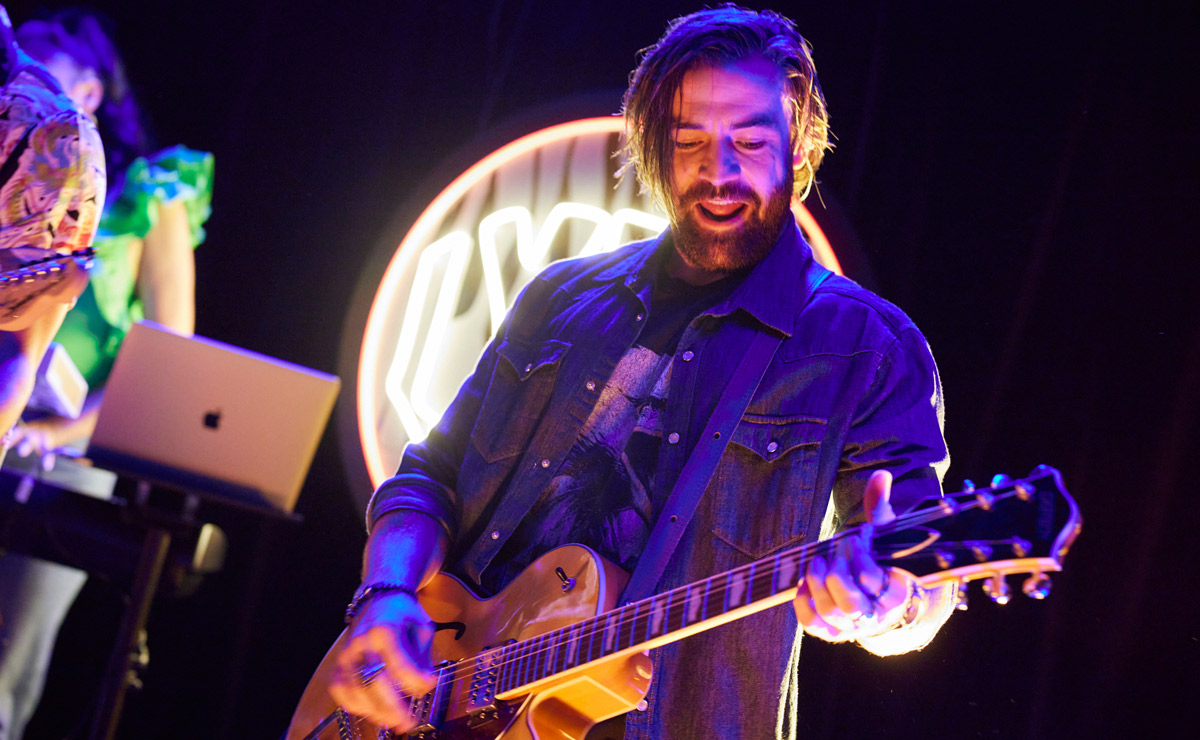 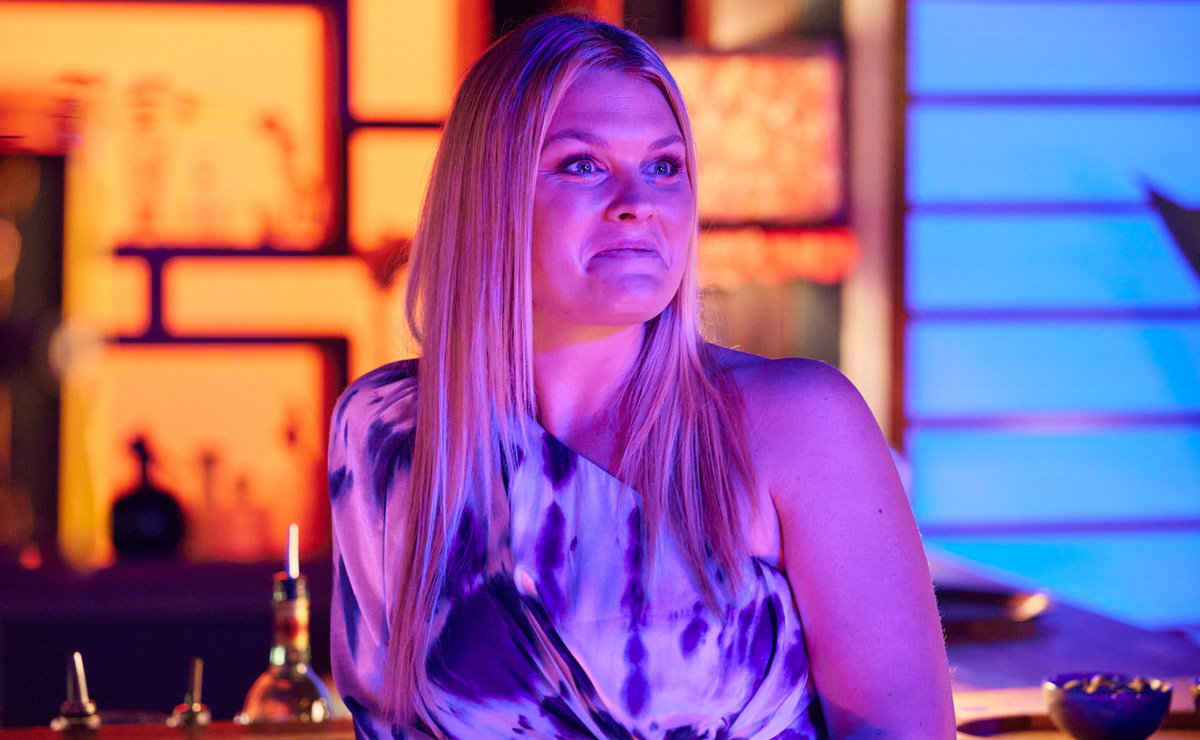 Remi’s banter with Ziggy during Lyrik’s first gig at Salt several weeks ago saw him immediately get on the wrong side of Dean, who gently warned him he’d be removing his guitar from his backside if he laid one finger on his girlfriend.

Ever the optimist when it comes to the ladies, Remi hasn’t given up, even if his lighthearted flirting only really serves to wind up Dean for his own amusement. 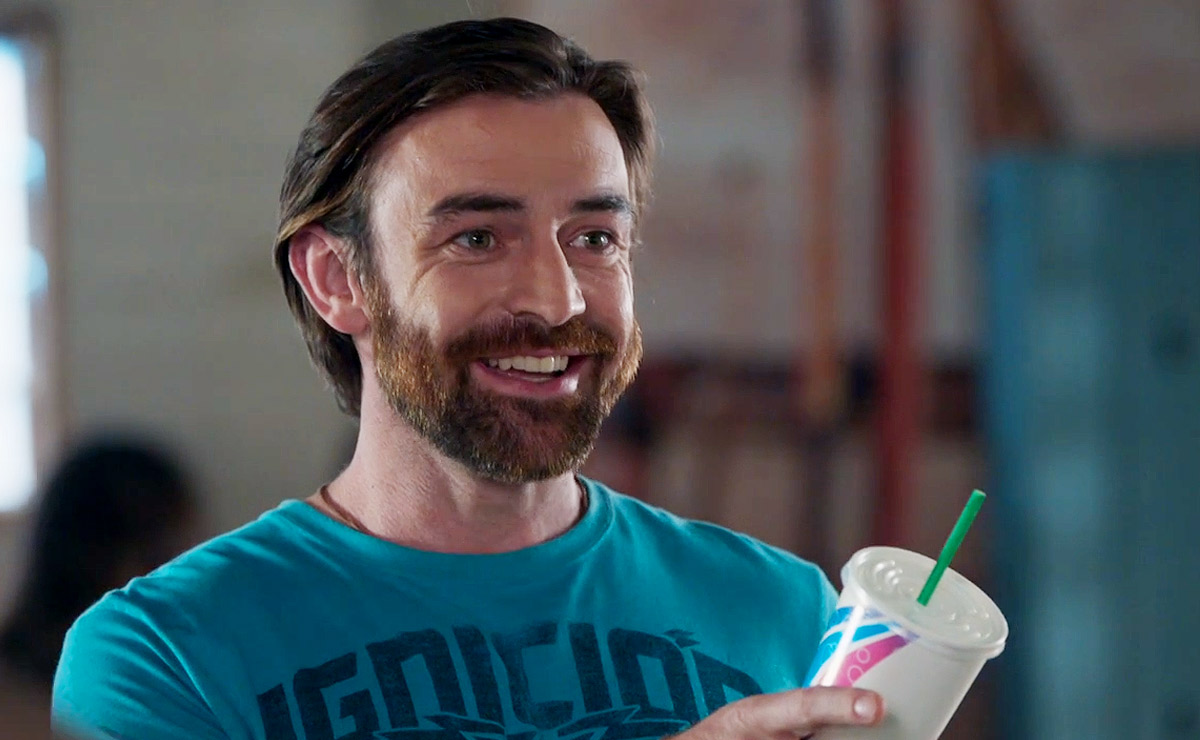 In the meantime, it’s been all change for Remi’s band Lyrik, following the departure of lead singer Bob (Rob Mallett), who drove out of Summer Bay in the group’s van.

Whilst Remi and his bandmates Eden (Stephanie Panozzo) and Kirby (Angelina Thomson) have been able to replace Bob with local talent Theo (Matt Evans), the issue of a van is going to be more complicated… and expensive!

When Remi asked Ziggy, being a local mechanic, if she’d be able to help in the search, she agreed on the condition that Remi stop teasing Dean. Whilst Dean obviously wasn’t too happy that Ziggy was doing Remi favours, she pointed out that by helping the band, she was also helping out her apprentice Theo. 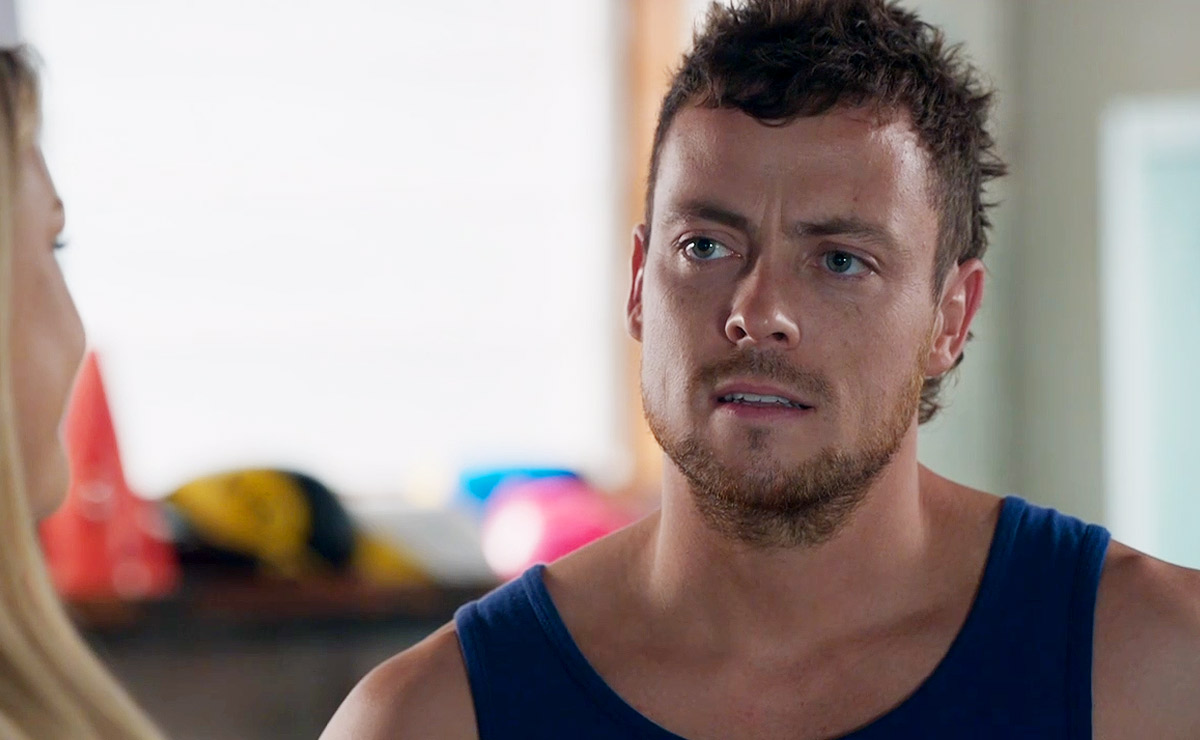 She soon assured Dean that she had already found a van, which was a bargain at only $10,000, so she wouldn’t be helping Remi for much longer

However when Remi told Ziggy that he was looking for something more in the $0-$3000 mark, Ziggy realised it was going to go on for longer than expected, and begged Mackenzie (Emily Weir) to not tell Dean when she found her continuing the search. 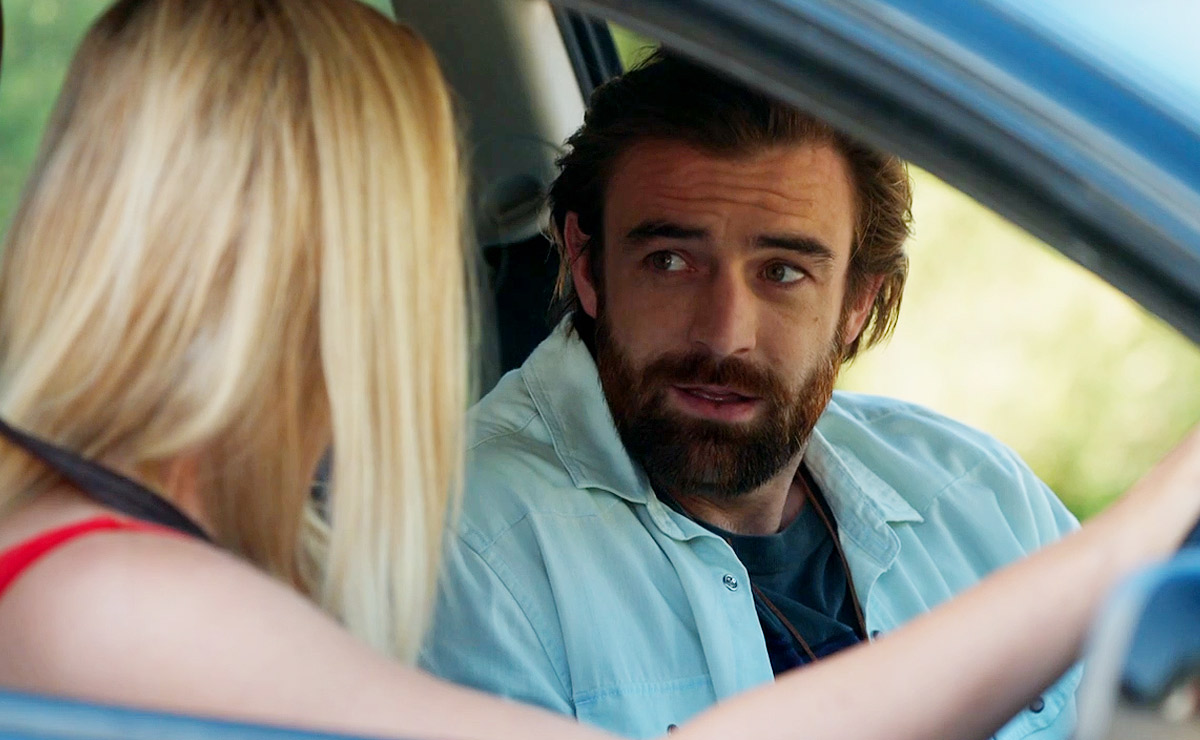 As this week comes to a close, Ziggy tells Dean that she has to see to a garage customer, but actually goes to tell Remi that she’s found another potential van—the only issue being that it’s two hours away.

Realising that Remi wouldn’t know what to look for, Ziggy offers to drive him herself…. what could possibly go wrong? 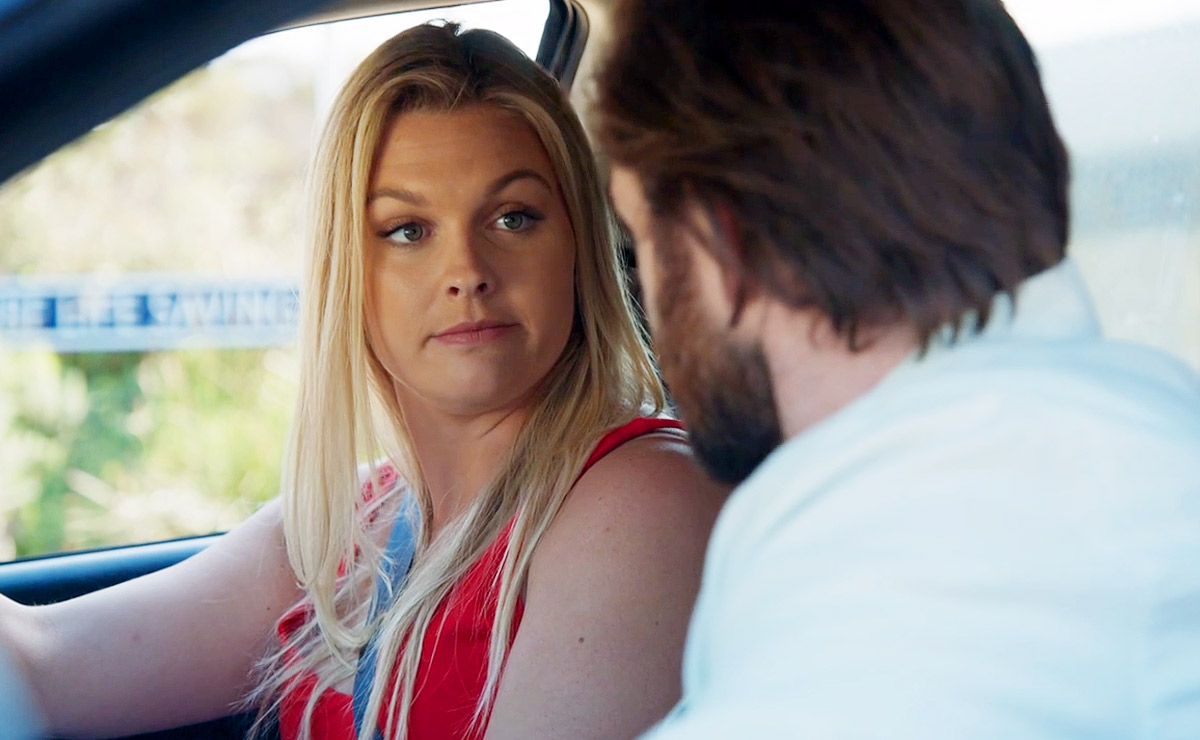 When we return to the action next week, Ziggy and Remi finally arrive at a rundown property where they meet the seller, Carl (Matt Hardie). 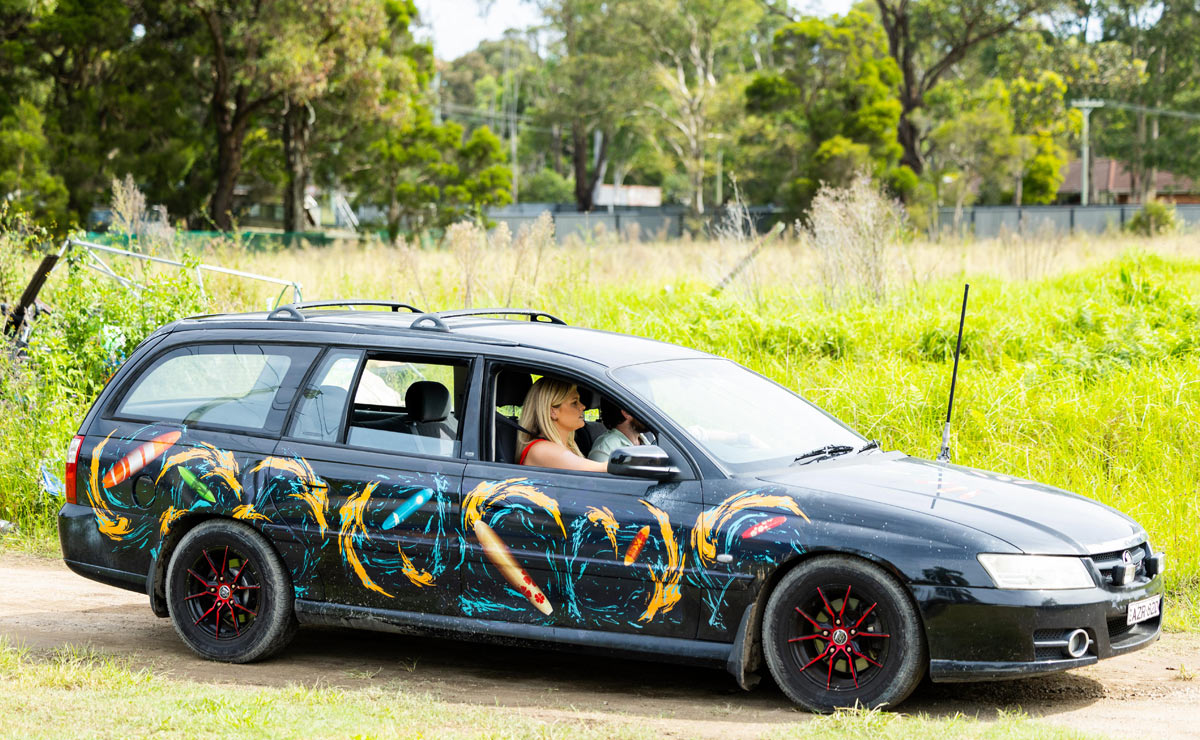 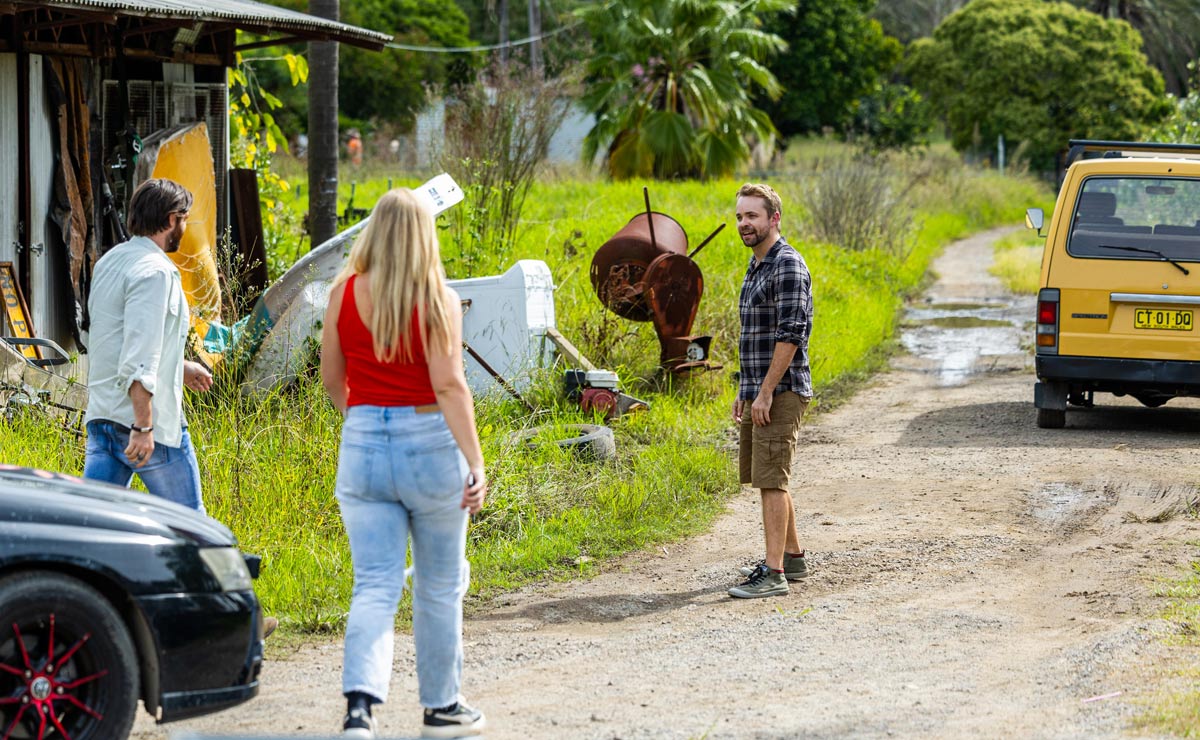 Carl’s keen for the van to be taken off his hands as the property is up for sale, and a quick once-over seems to show that everything’s in order. 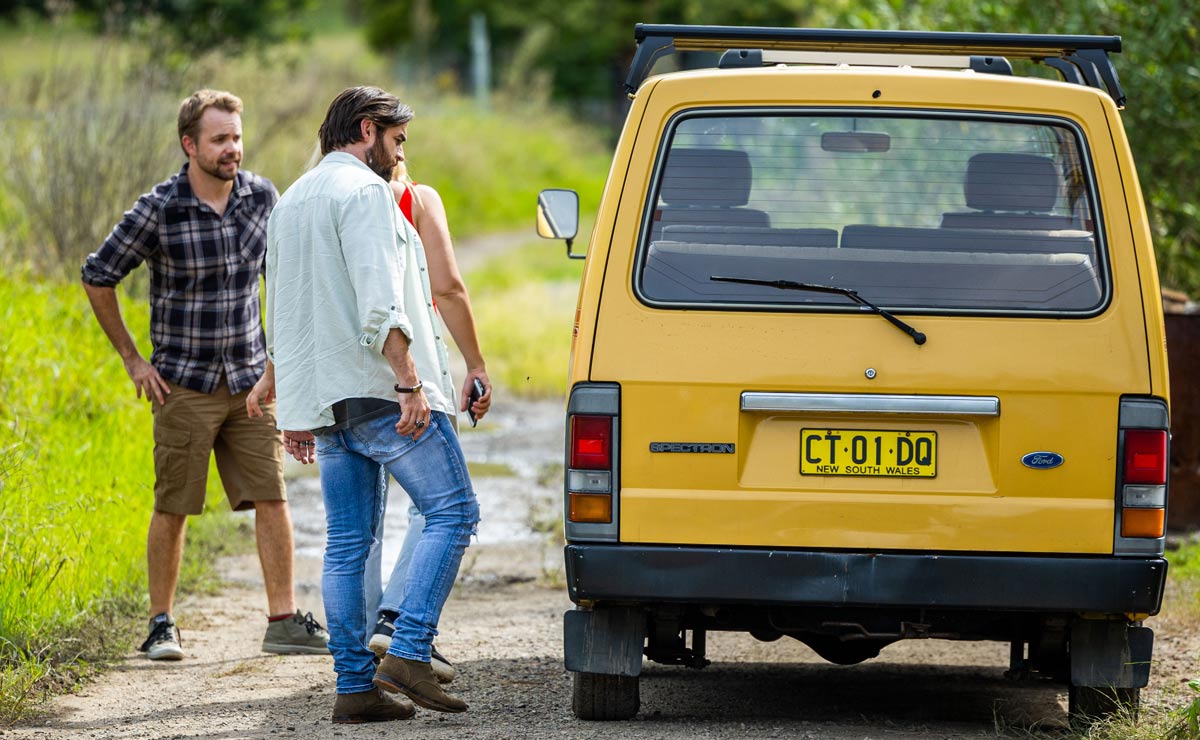 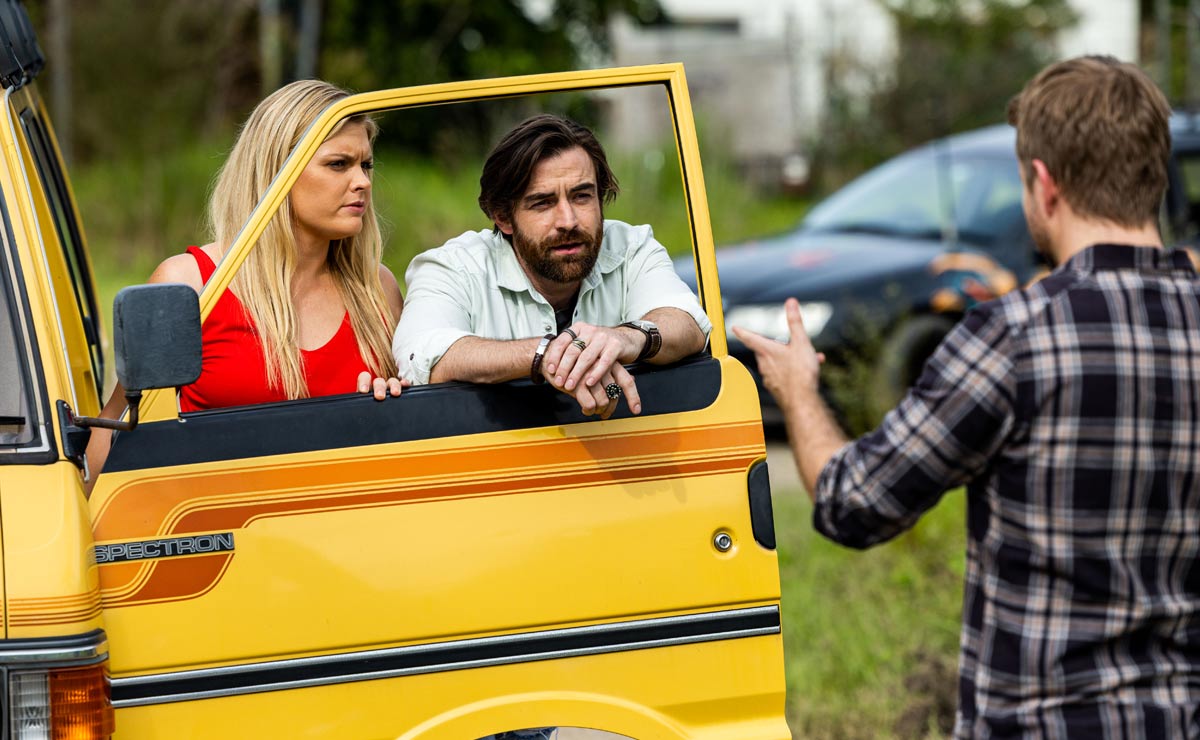 Back in the bay, questions are beginning to be asked about Ziggy’s absence.

Theo has a TAFE assignment due later that day, and he still hasn’t had his feedback from Ziggy. Justin (James Stewart) asks Dean about Ziggy’s whereabouts, but is confused when Dean points out that Justin had asked her to see to a customer…. what customer? 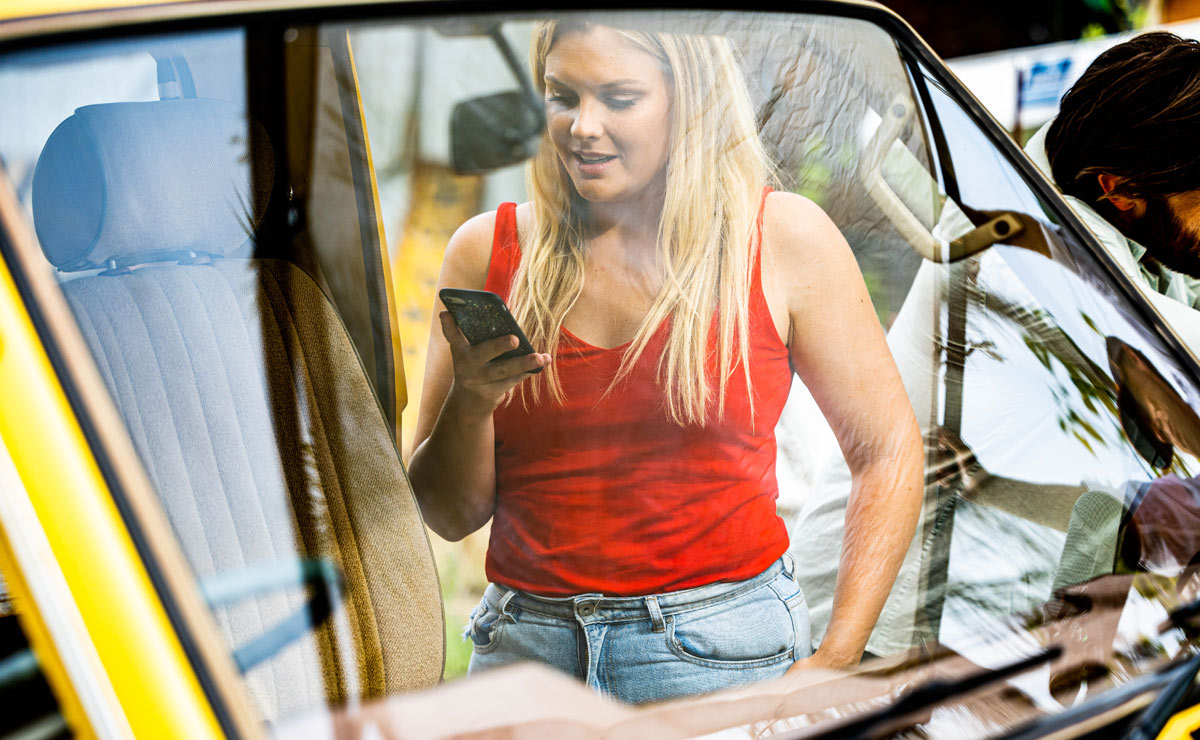 Dean’s calls to Ziggy continue to go unanswered, and with the knowledge that Ziggy lied, his concern begins to grown—both Justin and Dean know how committed Ziggy was to Theo’s apprenticeship.

Mac is eventually forced to admit to Dean that Ziggy is with Remi, and Dean’s not impressed… 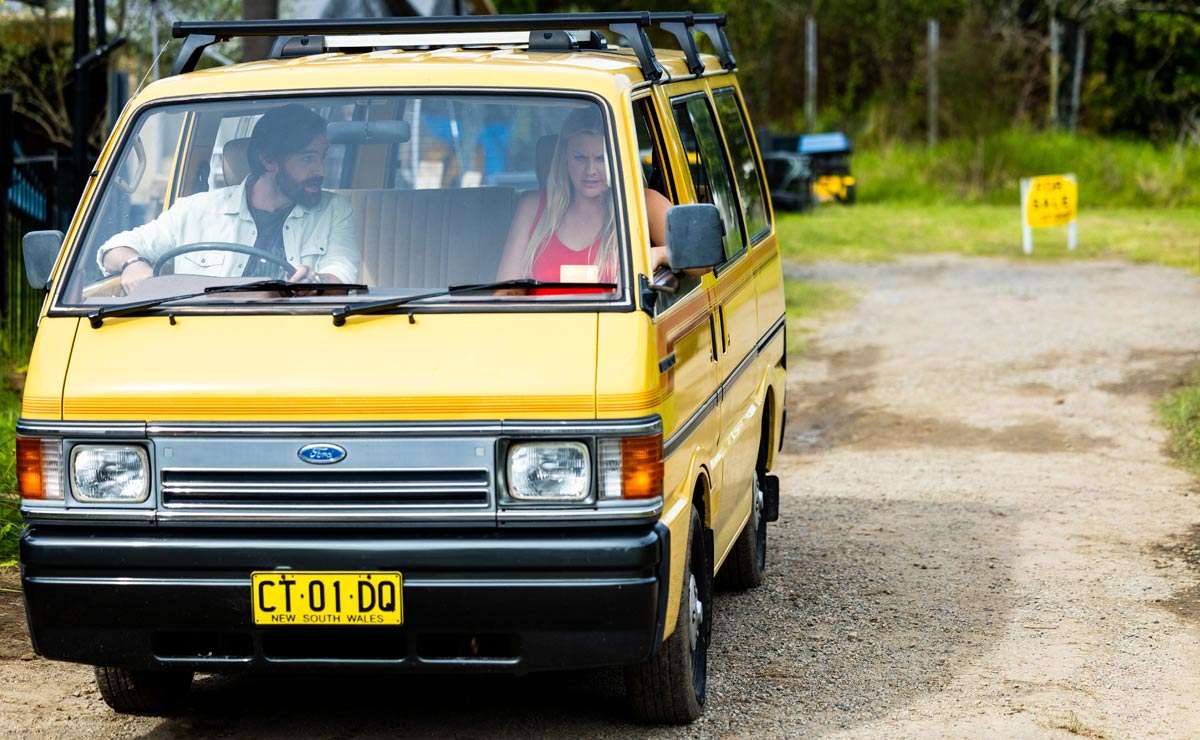 Ziggy and Remi return from a test drive after finding a few faults, and after agreeing on $3000, they start the long drive back to Summer Bay.

Dean is relieved when Ziggy finally answers her phone, but she soon cuts him off when she spots smoke pouring out of the van’s exhaust. It’s clearly a blown head gasket—they’ve been sold a lemon! 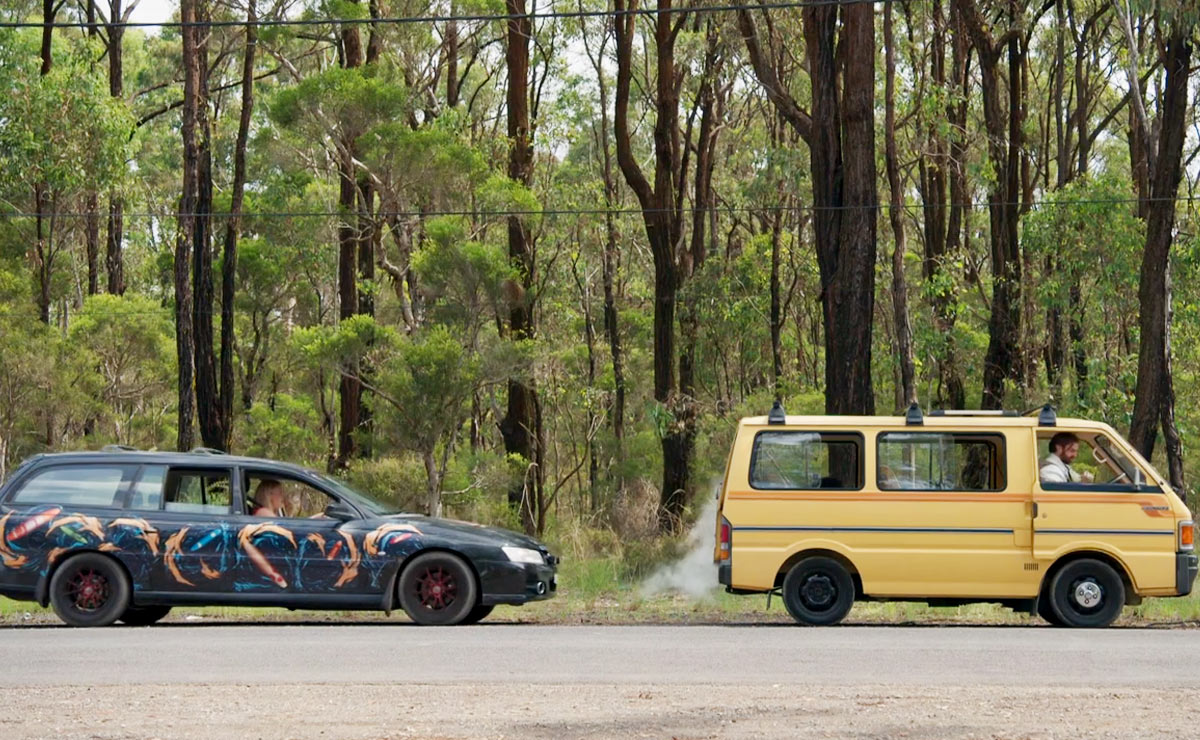 When Ziggy and Remi make their way back to the property, they angrily confront Carl, who promises to reimburse their money as he directs them into the shed. 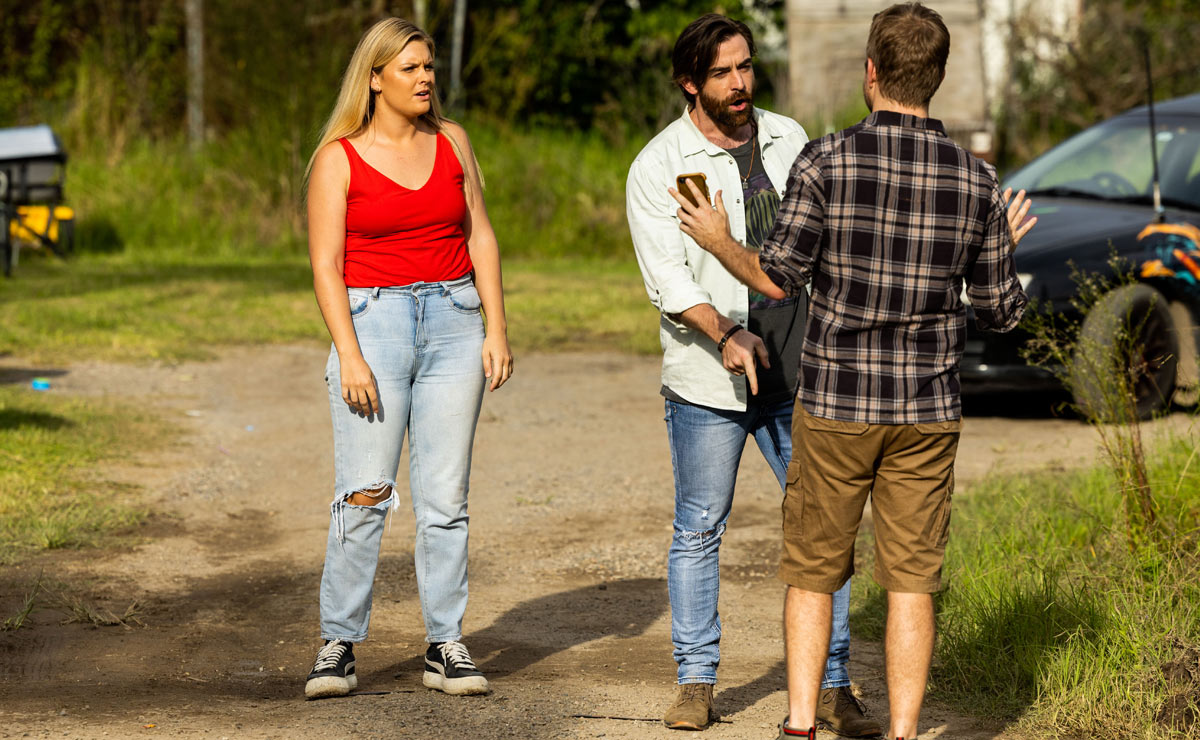 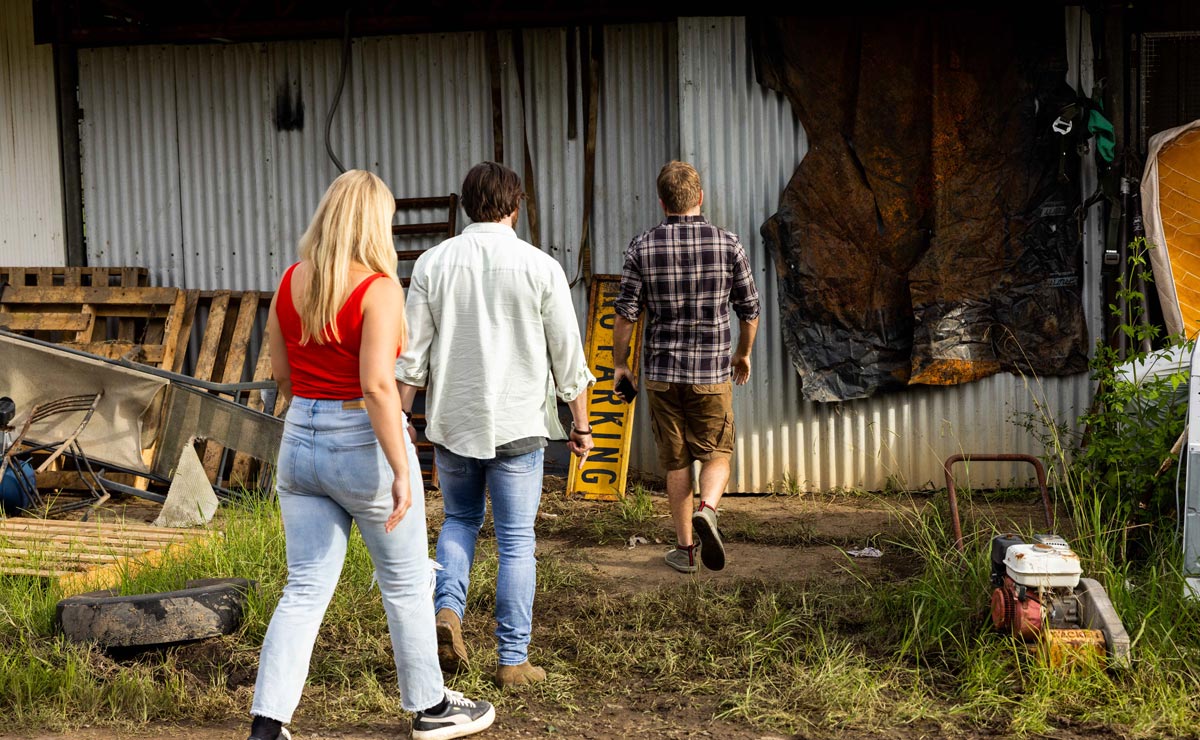 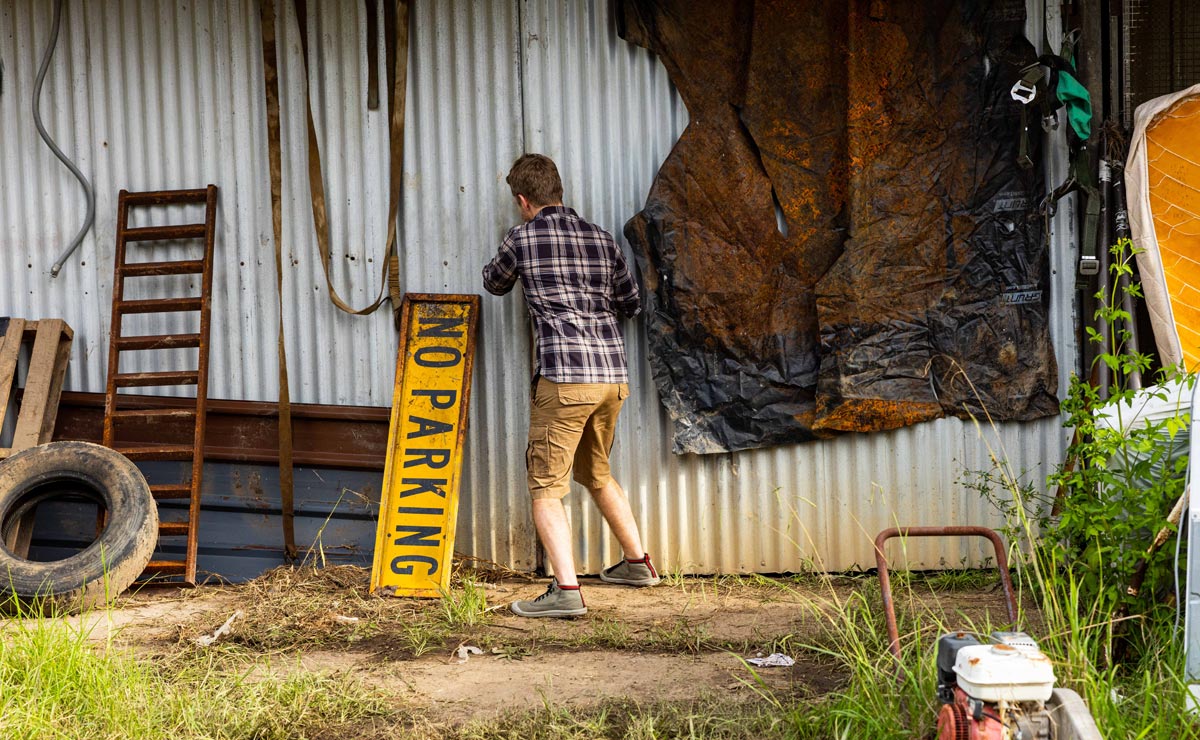 But as soon as they enter, Carl shuts the door, locking them in, and steals Ziggy’s car! 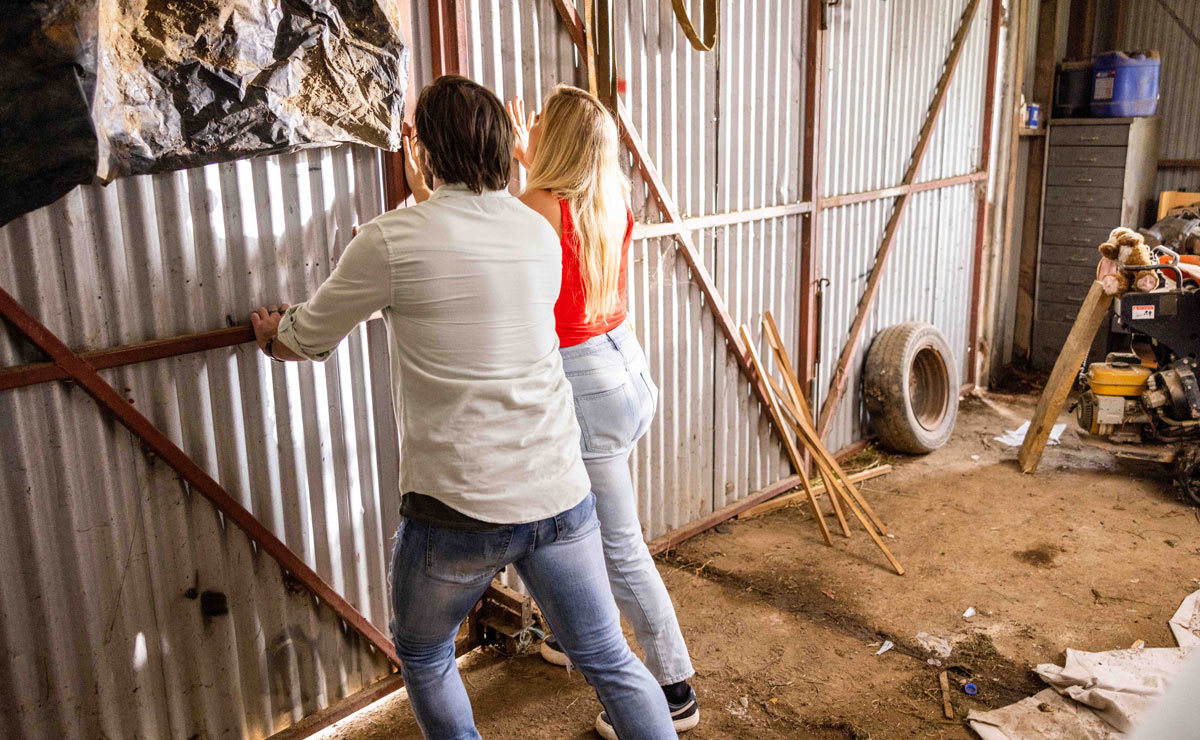 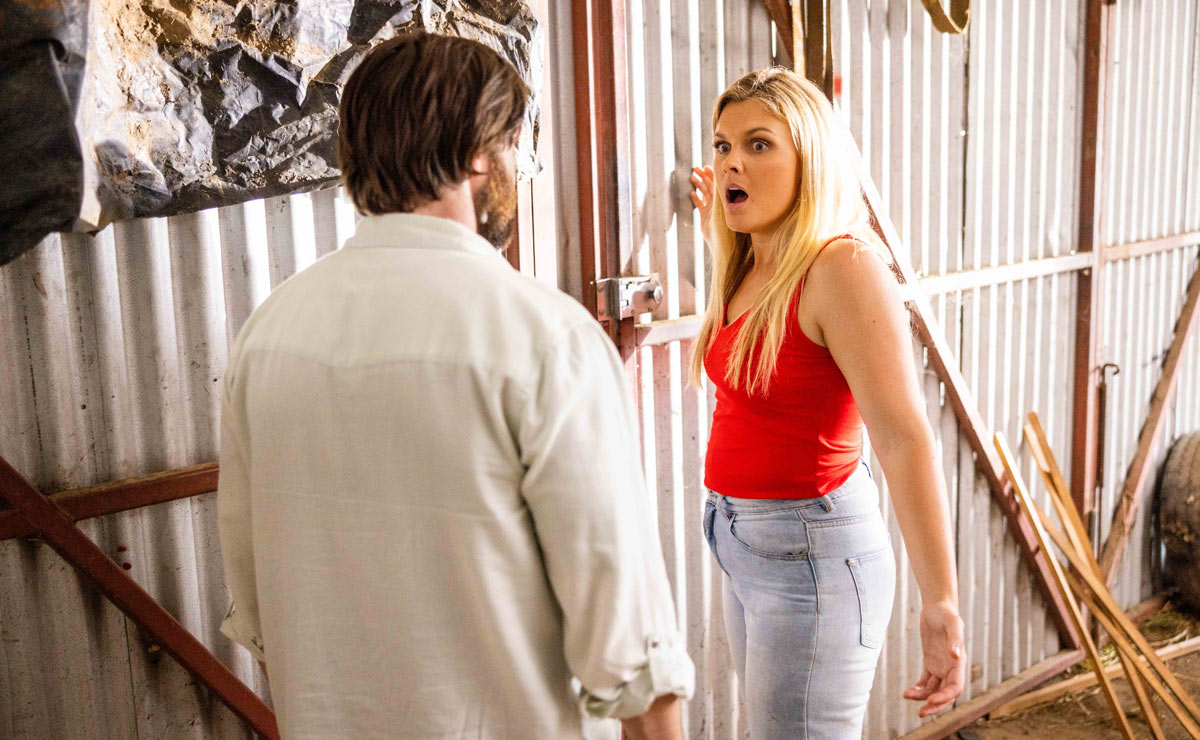 With no way of escape, and with their phones left in the vehicles, Ziggy and Remi are forced to spend the night in a shed in the middle of nowhere, as Dean’s concern grows further into paranoia… 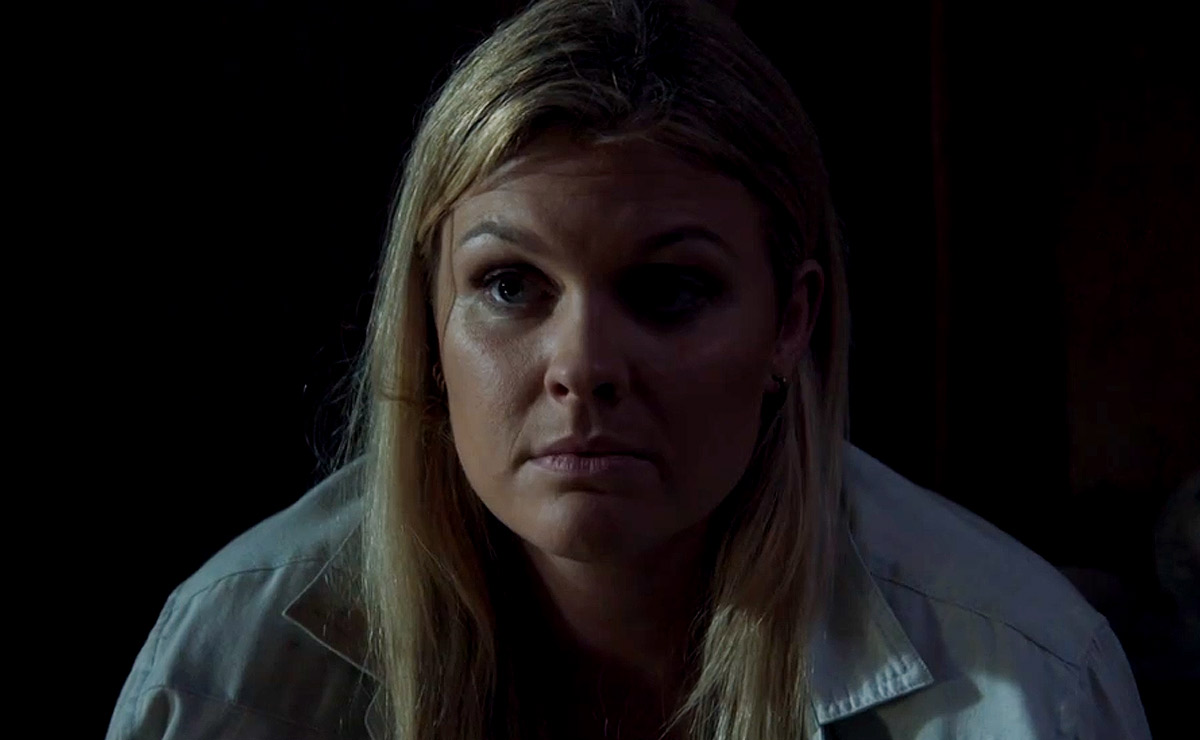 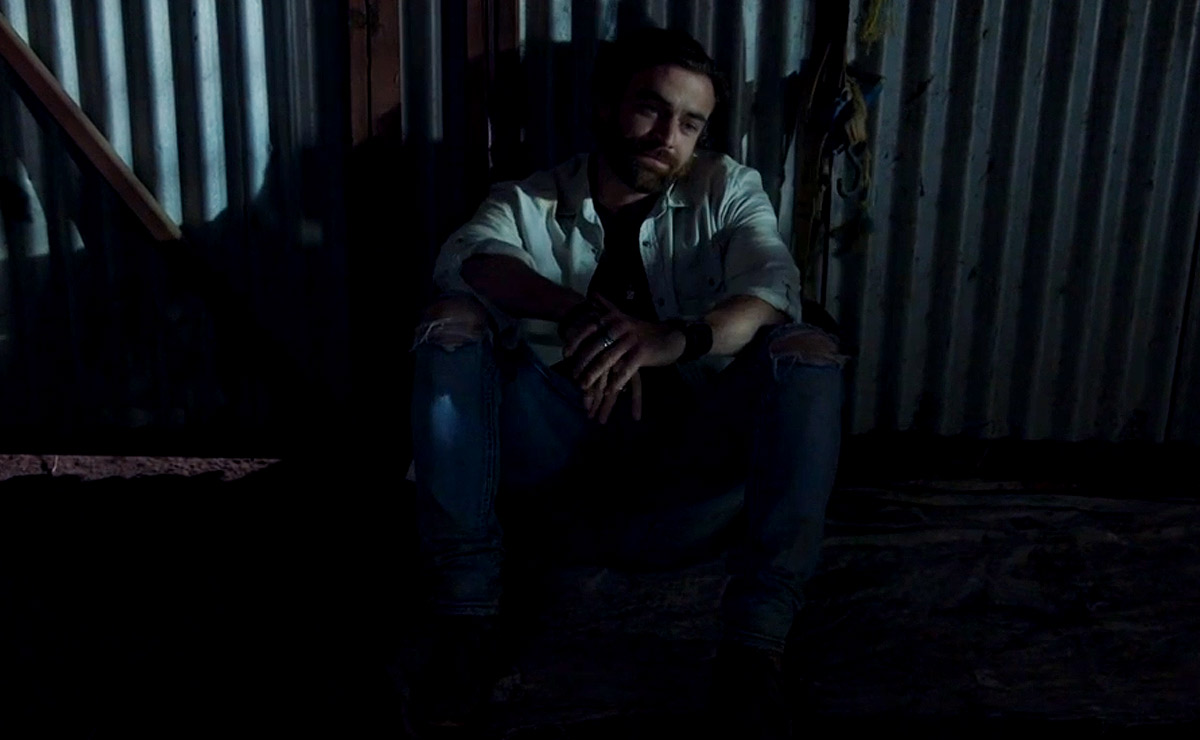 Will anyone be able to track Ziggy and Remi down?

Elsewhere in Summer Bay, Roo (Georgie Parker) is hurt when Marilyn (Emily Symons) confesses that she has been deceiving her.

Roo had put up a poster in the diner advertising her services as a private tutor, but was dismayed by the lack of response. When a new, bolder poster also failed to grab anyone’s attention, Marilyn could see that Roo’s confidence was taking a hit.

Deciding to take matters into her own hands, Marilyn secretly took some numbers off the poster, hoping it would give Roo the boost she needed. 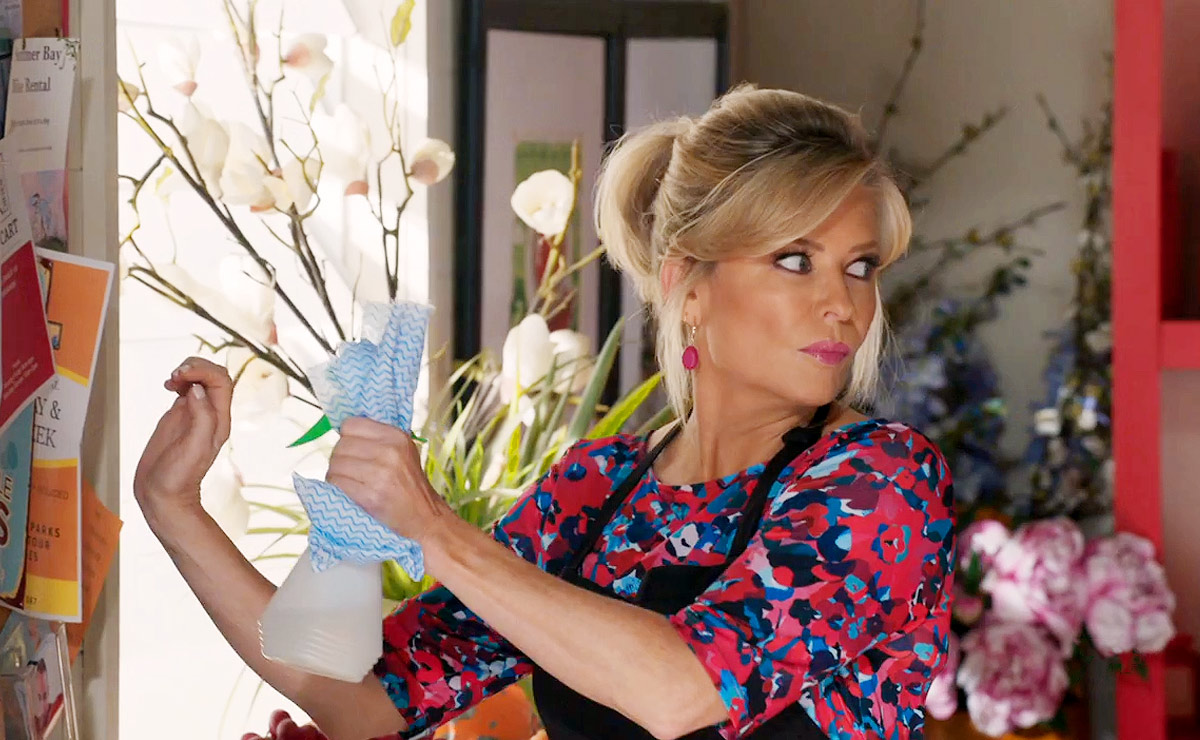 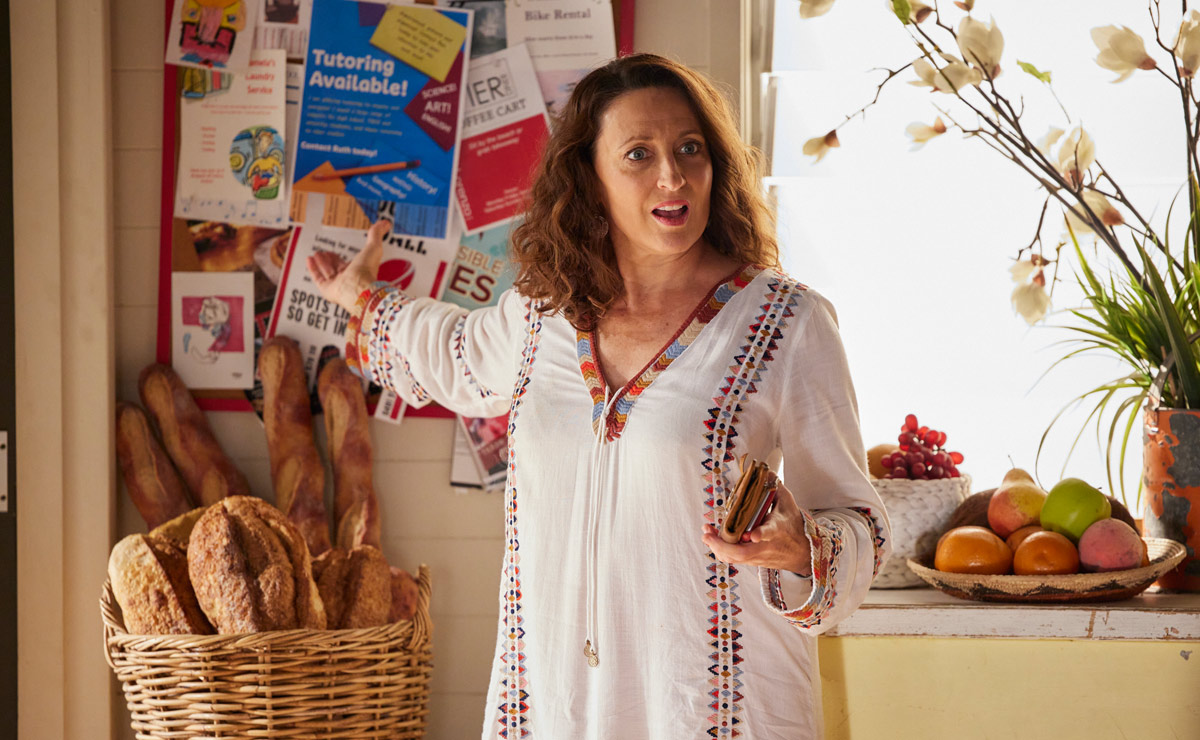 Whilst Roo was happy that more numbers were slowly disappearing, she was still confused about the fact that no-one had called her, which only caused Marilyn to remove even more numbers—that was, until she was caught in the act by Roo’s father Alf (Ray Meagher)! 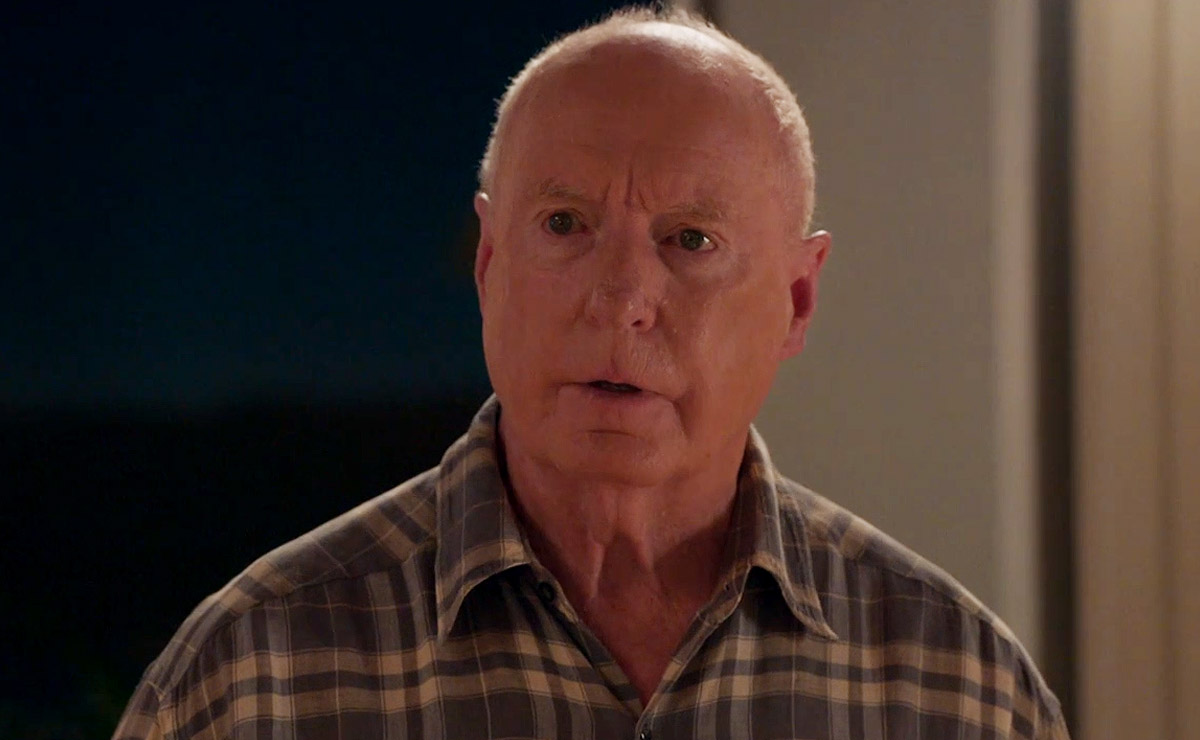 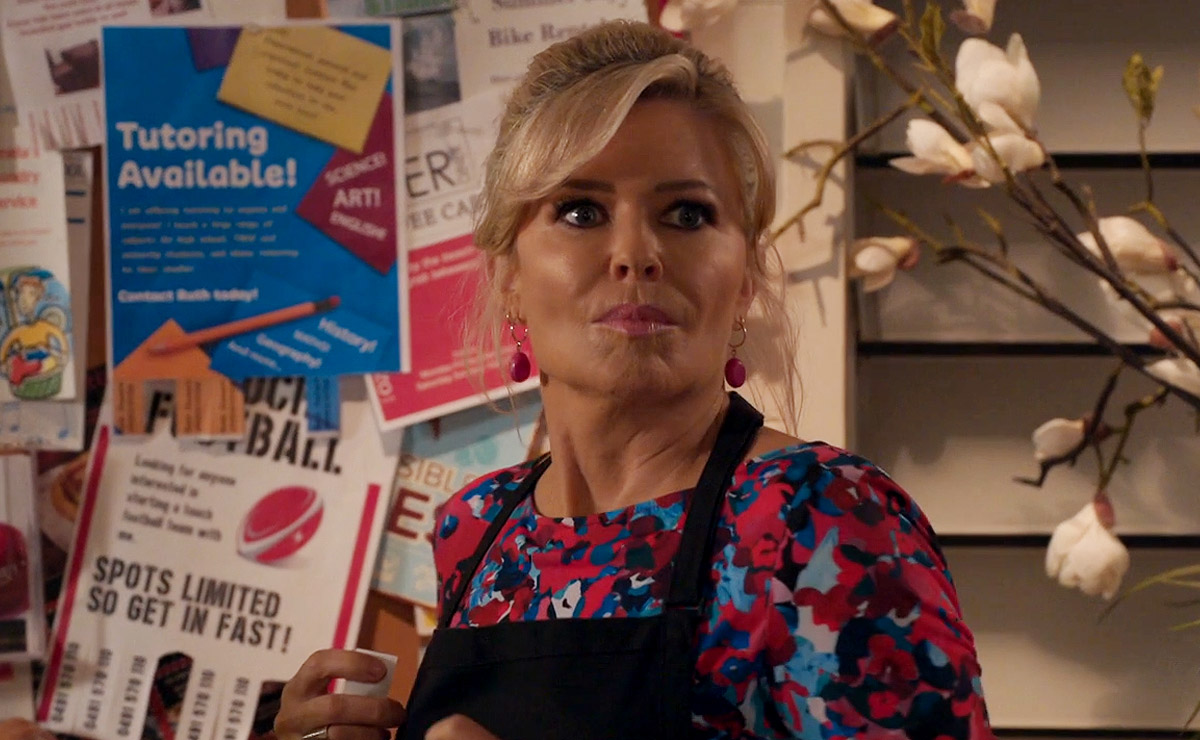 Admitting what she’d been up to, Marilyn realised she hadn’t quite thought it through, and agreed to Alf’s suggestion that she come clean.

Next week, Marilyn is nervously looking at the poster when Roo comes into the diner.

Attempting to butter her up with coffee and a huge muffin, Marilyn only causes confusion when she starts rambling about only ever wanting the best for Roo.

When Marilyn then pulls all of the poster numbers out of her pocket, Roo quickly realises that Marilyn must have been the one taking them. 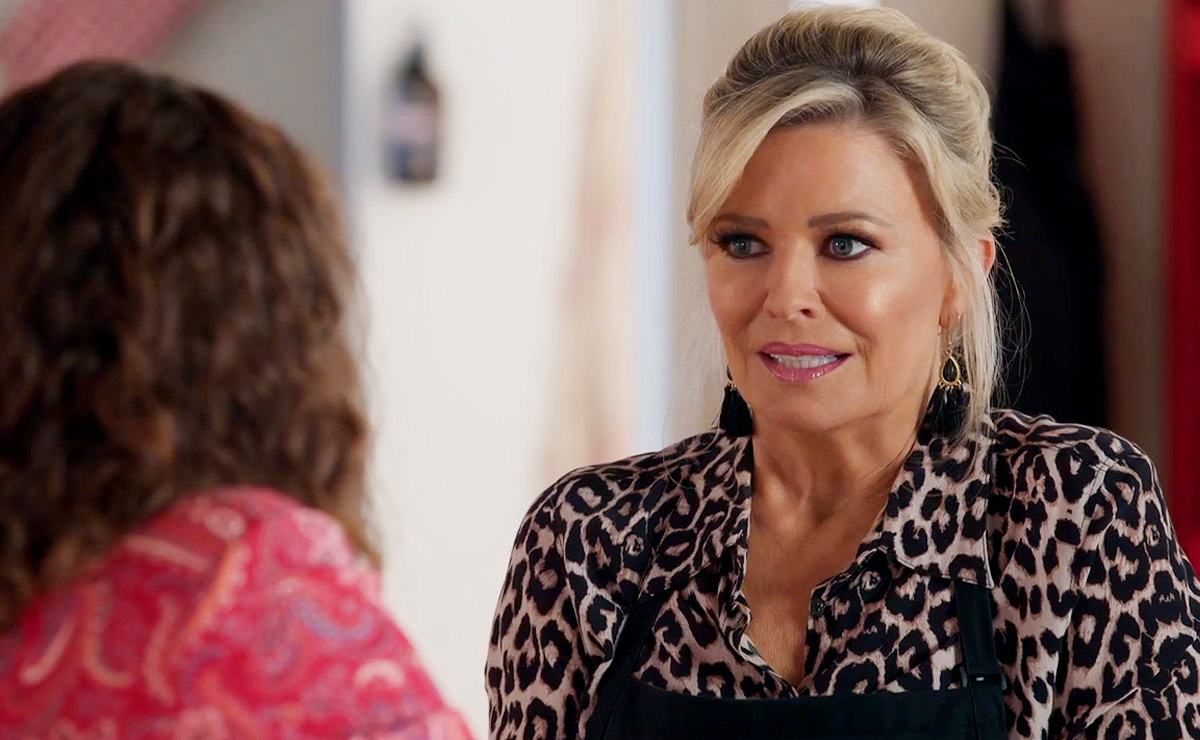 “I just took a few to make it look like you were in demand,” Marilyn explains. “And then I thought lots of people would start calling!”

Roo can only stare blankly at what Marilyn’s just said. 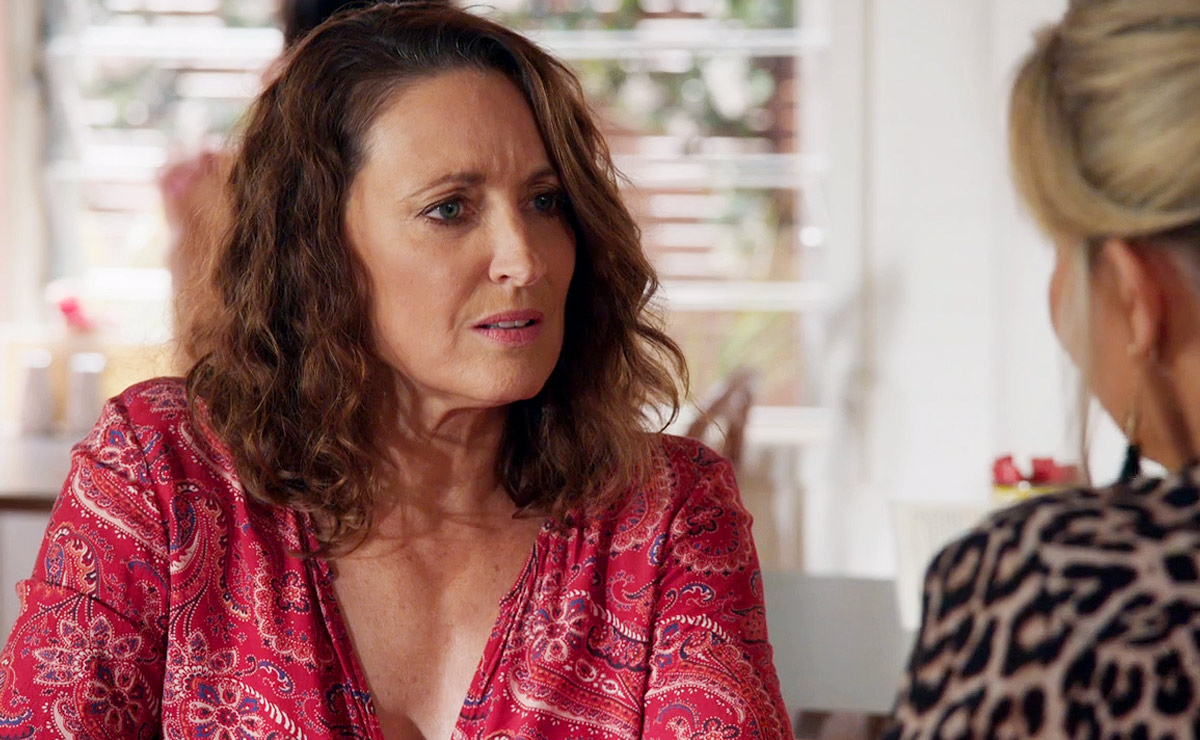 “The plan was better in my head…” Marilyn admits. 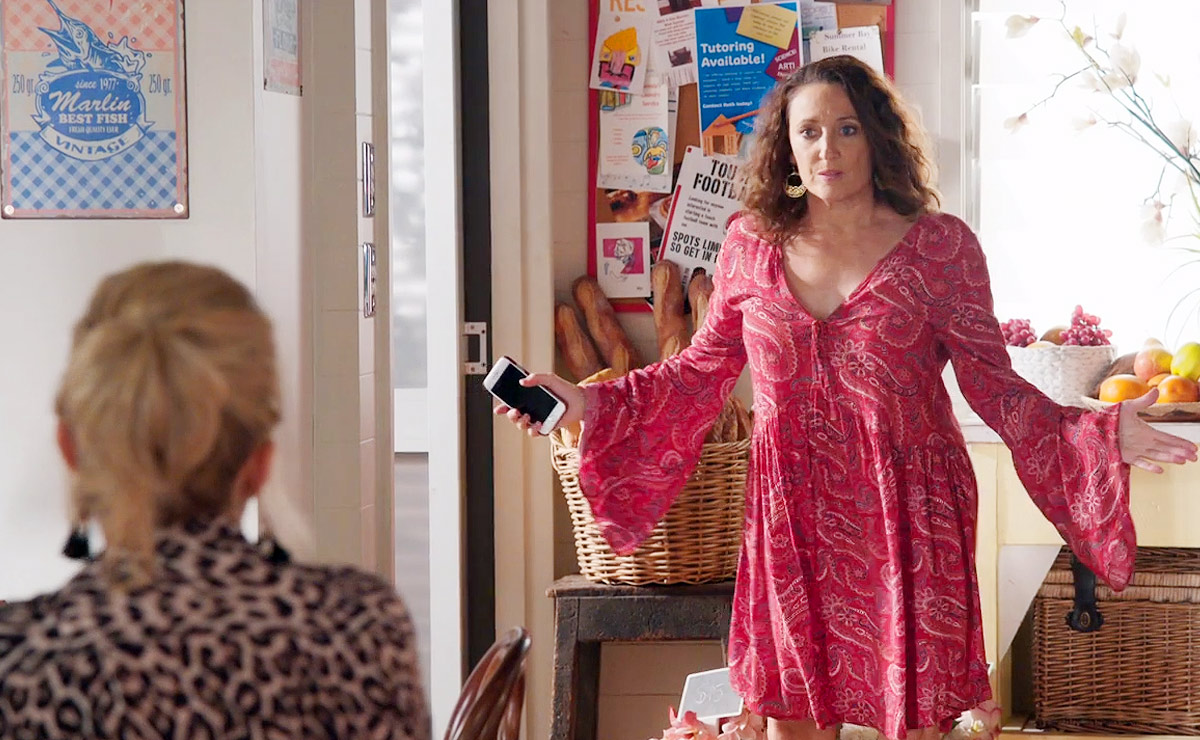 Whilst Roo explains that she could handle rejection, she tells Marilyn that this is just humiliating, before storming out of the diner.

Has Marilyn ruined her friendship with Roo? 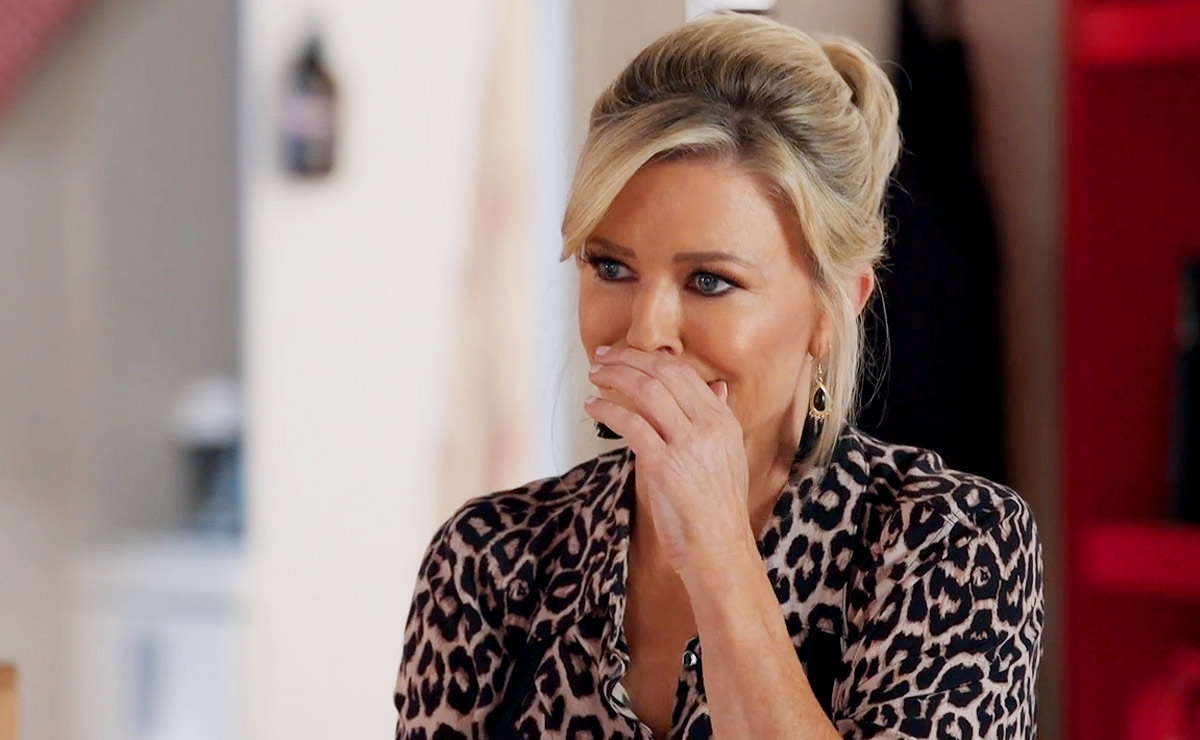 Tane and Nikau are front-page news. Dean’s concern for Ziggy grows. Remi must face the music.

Will the bikie bust cost Nikau his dream job? The pressure of court sends Rose packing. Felicity gets her family back.

Cash opens up to Bree. Theo and Kirby struggle to deny their chemistry. Tane falls on his sword for Nikau.

Justin bankrolls the band. Both Cash and Rose are crippled with guilt. Can Theo and Kirby be just friends?