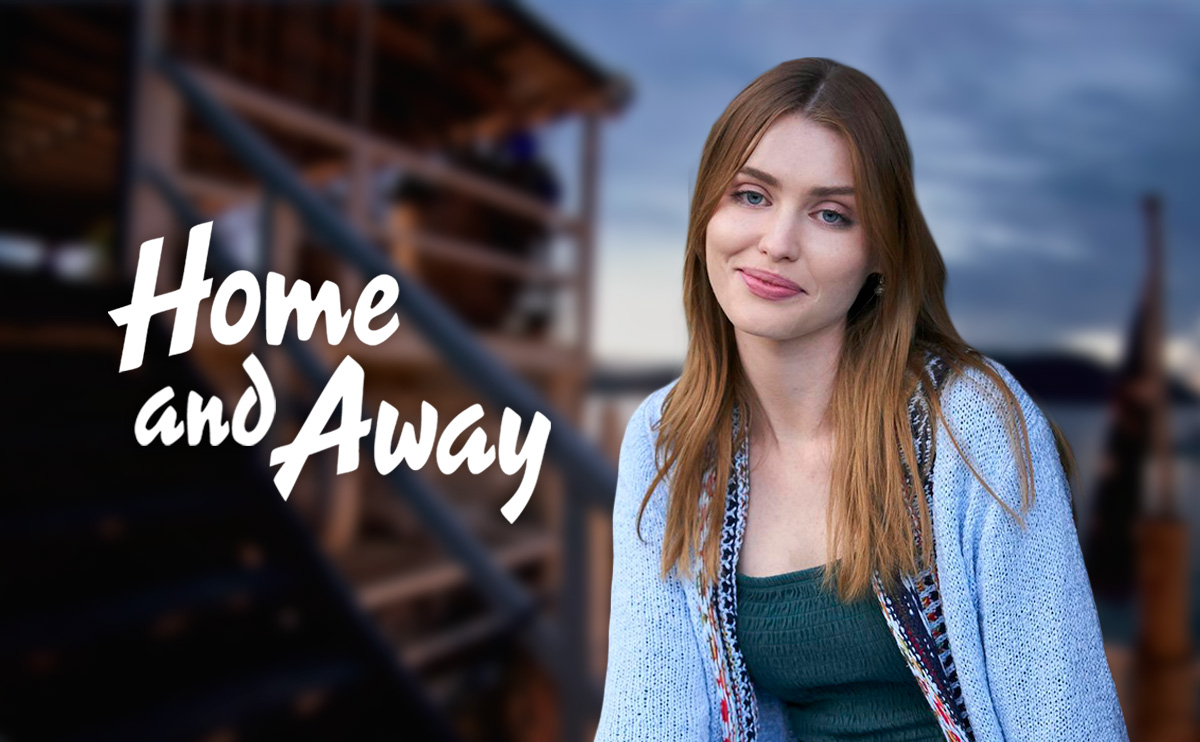 This week on Home and Away in Australia, Chloe’s father Matthew arrives in Summer Bay, and Mia has to think on her feet to stop the two from crossing paths. 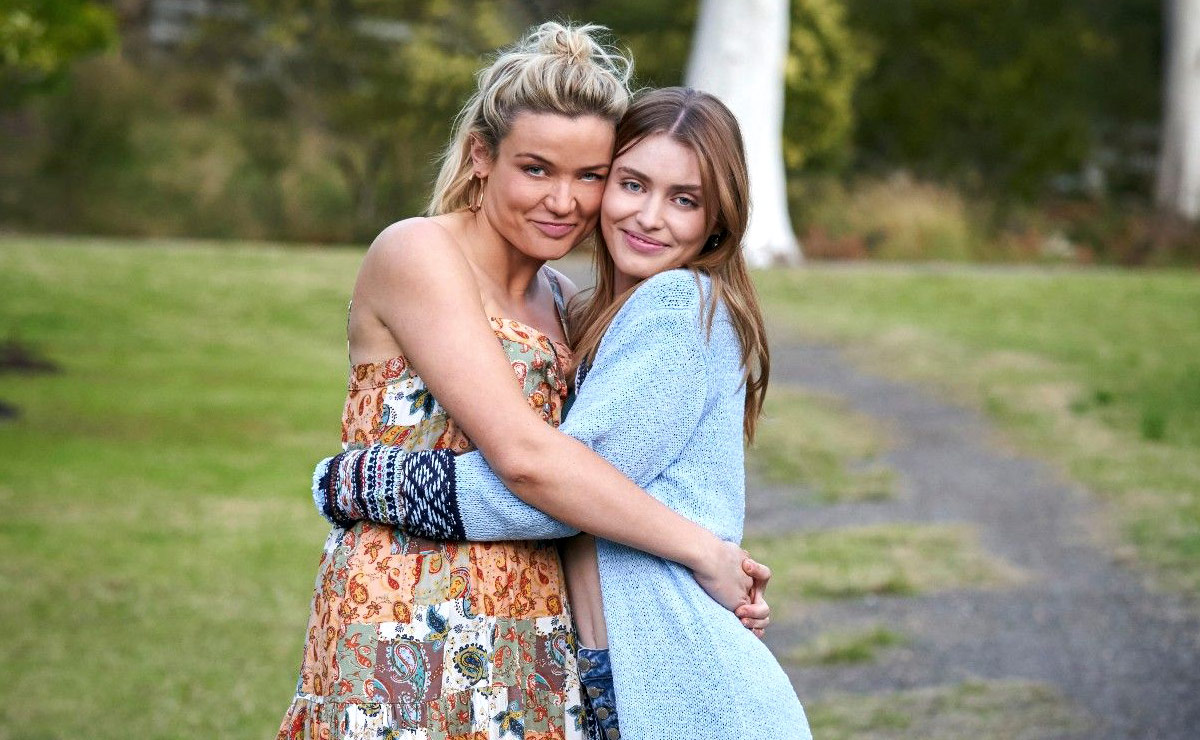 Chloe (Sam Barrett) first arrived in Summer Bay in early 2021, when Nikau (Kawakawa Fox-Reo) returned from a trip to New Zealand with his “sister” in tow.

The pair had been practically siblings growing up. Chloe was Mia’s (Anna Sampson) daughter, but she considered Mia’s then-partner Ari (Rob Kipa-Williams) to be her father figure, and his nephew Nikua was like a brother to her.

Sadly, Mia and Ari’s struggles to have baby of their own led Ari down a path of self-destruction, and he soon found himself behind bars after a botched armed robbery. 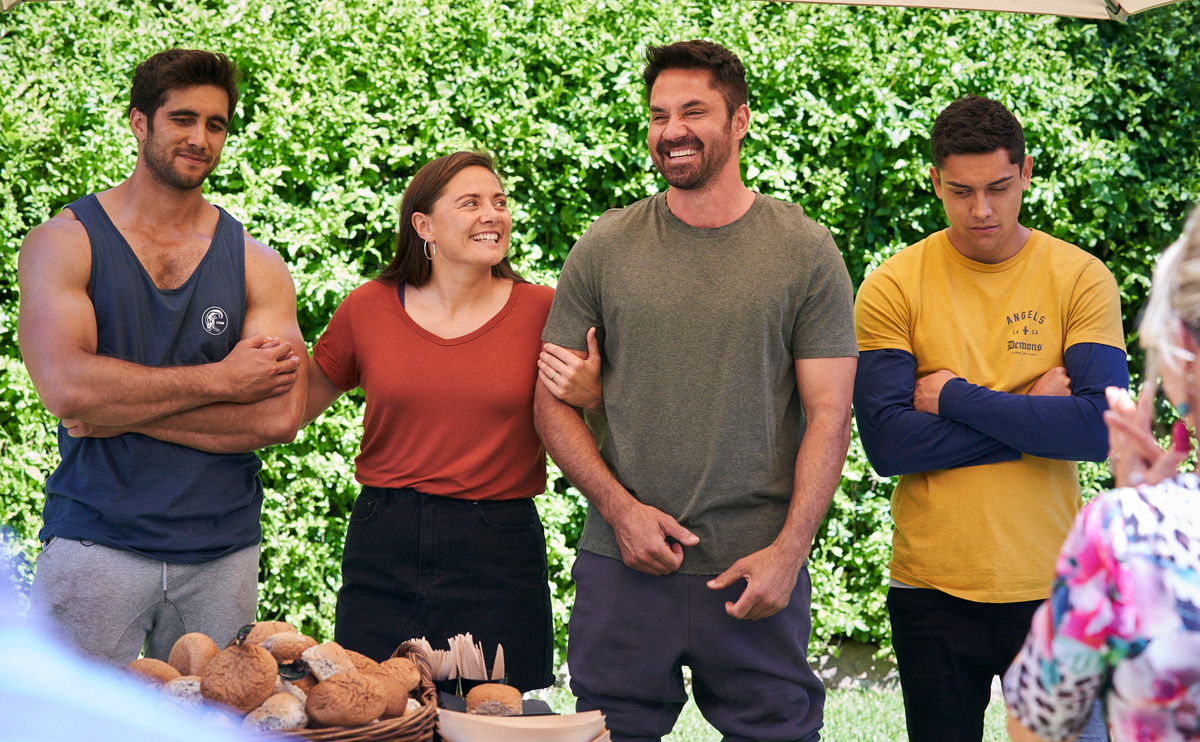 More than a decade later, and Ari had moved to Summer Bay with Nikau and Tane (Ethan Browne), looking to put their family’s criminal past behind them once and for all.

When the chance encounter in New Zealand led to Nikau and Chloe crossing paths again, he brought her back to the town, where she had an emotional reunion with Ari and discovered the truth about why he disappeared all those years ago. 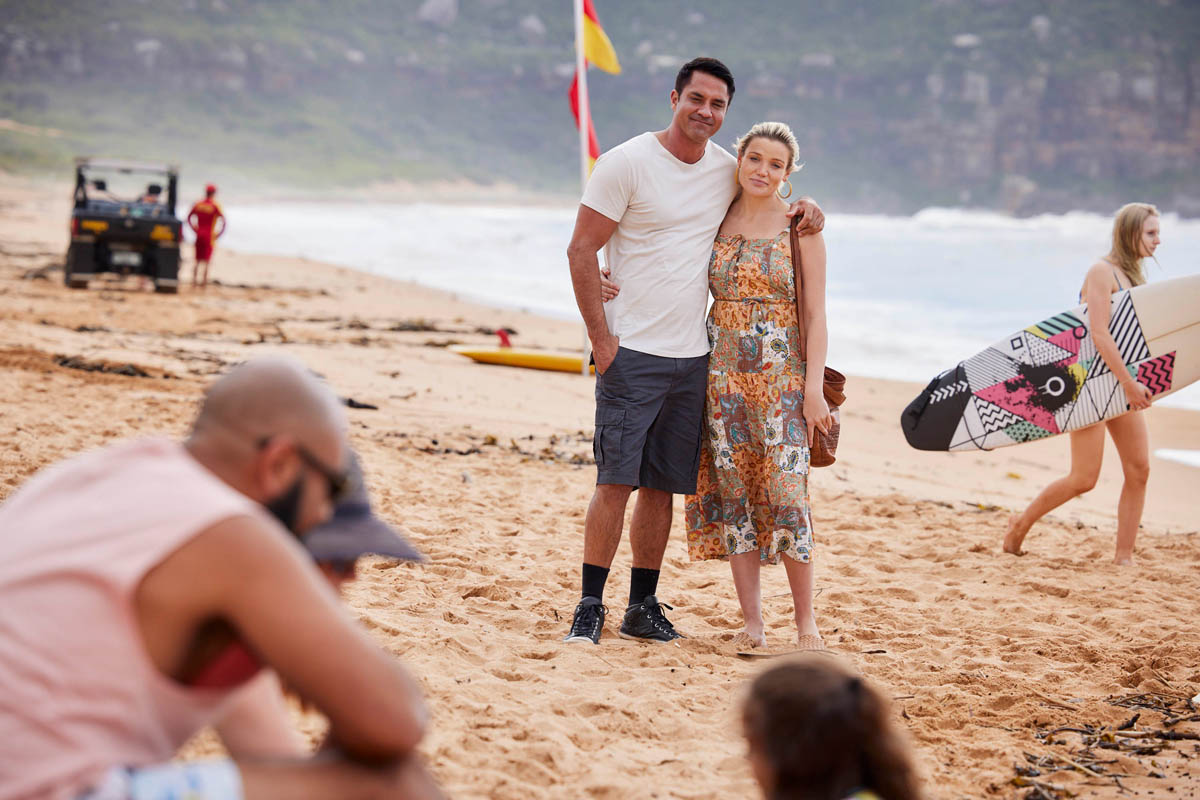 Mia arrived in the town shortly after, looking to track down her daughter. Although things were frosty between her and Ari, the two ex-lovers soon remembered why they had been together in the first place, and reunited.

Last week, Australian viewers discovered that, despite their many years living as a family of three, Ari had never asked Mia anything about Chloe’s father. He didn’t know his name, his back story, and why he hadn’t played a role in Chloe’s upbringing. It simply wasn’t important. 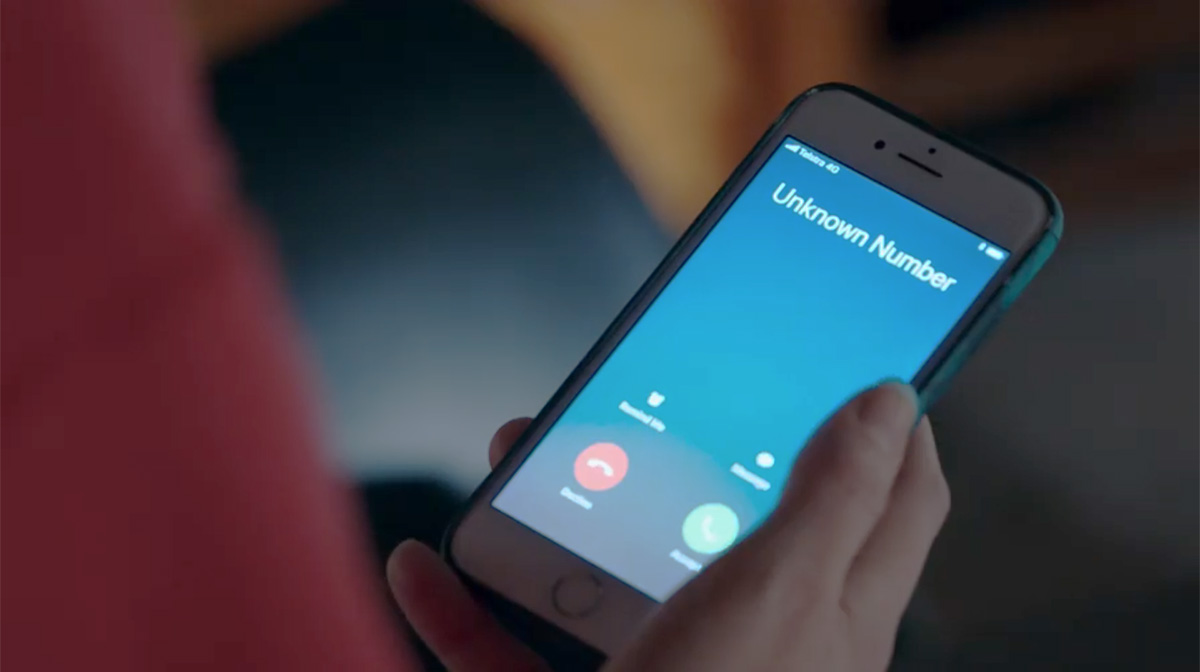 However, a phone call out of the blue changed everything.

Matthew, Chloe’s dad, called Mia as she was ordering coffee in the Diner. It was the first time that Mia had heard from him in over 20 years, and it was clear she wasn’t happy to receive the call.

Insisting that he never phone her again, she hung up. She didn’t even stay on the line long enough to find out what he wanted. 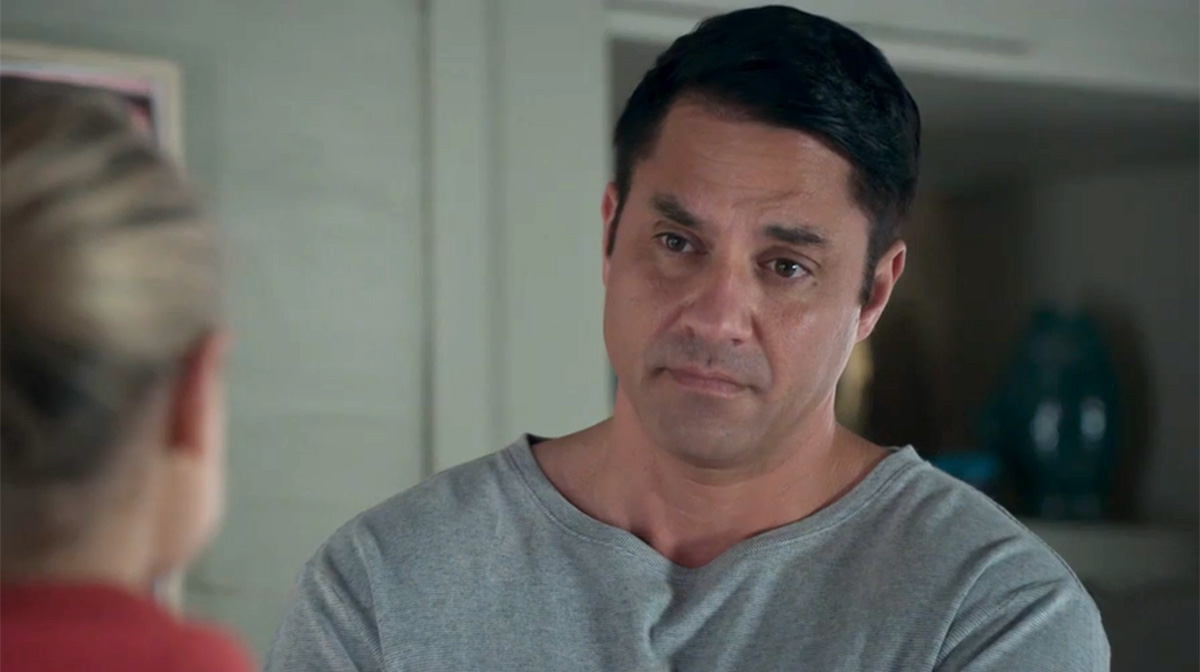 When Matthew kept calling back, she came clean to Ari, and soon revealed that Chloe’s dad was a man with whom she had spent a single drunken night when she was 16.

She was too drunk to consent to sex, only had a vague memory of what happened after Matthew climbed into bed with her, and woke up the following morning alone and confused.

To her dismay, she soon discovered that she had fallen pregnant. She went to visit Matthew at his house to tell him, but found his mother instead, who handed her a wad of cash and demanded that she get a termination. Mia eventually decided to keep both the money and the baby and took off, but was determined that her daughter would never have anything to do with her father.

For 20 years, she managed to keep things that way, and assumed Matthew and his mother believed that she had gone ahead with the termination. That’s why she was so shocked when he called her out of the blue. What made things more concerning was that he somehow knew that she had bought the gym. 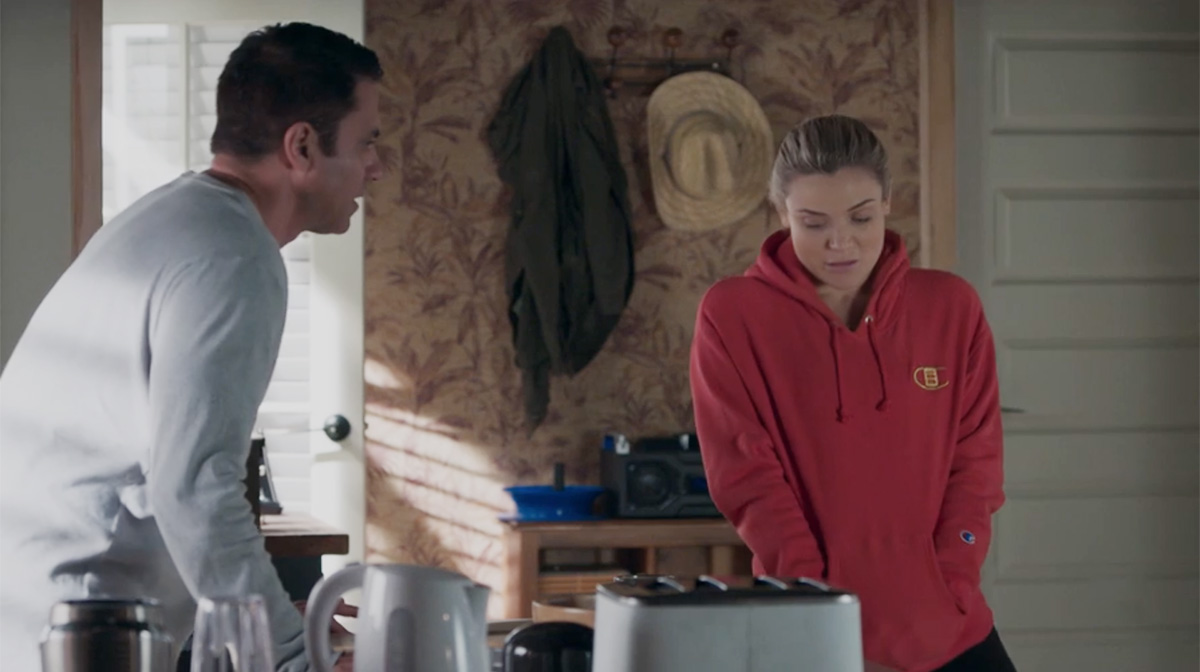 “You don’t just call out of the blue like that for no reason,” Ari pointed out when Mia told him that she’d quickly hung up.

Why get in touch after so many years? And, if he somehow knew about the gym purchase, has also found out about the daughter she kept secret for two decades? 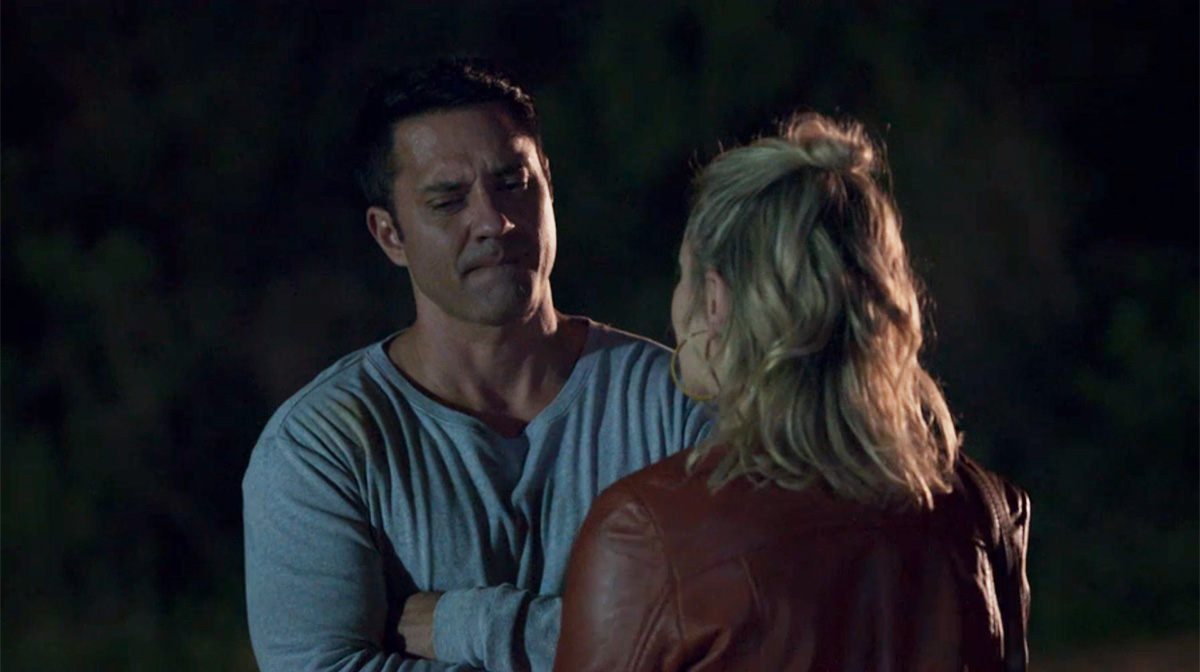 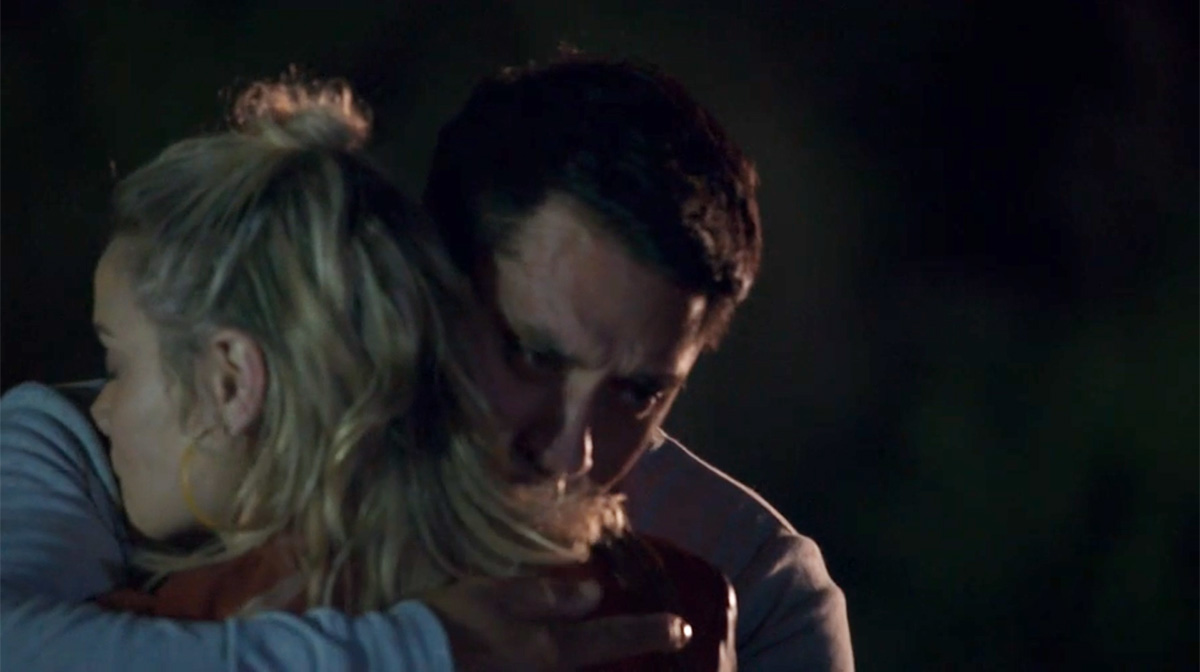 However, Mia explained that she’d prefer not to think about it, and that she was going to carry on keeping his existence from Chloe. “She is never going to meet him,” she insisted. “Ever!”

Heading into the new week, and she seems set to try to push him out of her mind and carry on with their happy family, just the three of them.

Yet that isn’t to be.

This week, she’s in for a massive shock when Matthew turns up unannounced in Summer Bay! Played by James Sweeny, star of The Secret Daughter and Neighbours, he’s set to cause a major upset for the happy Parata/Anderson trio. 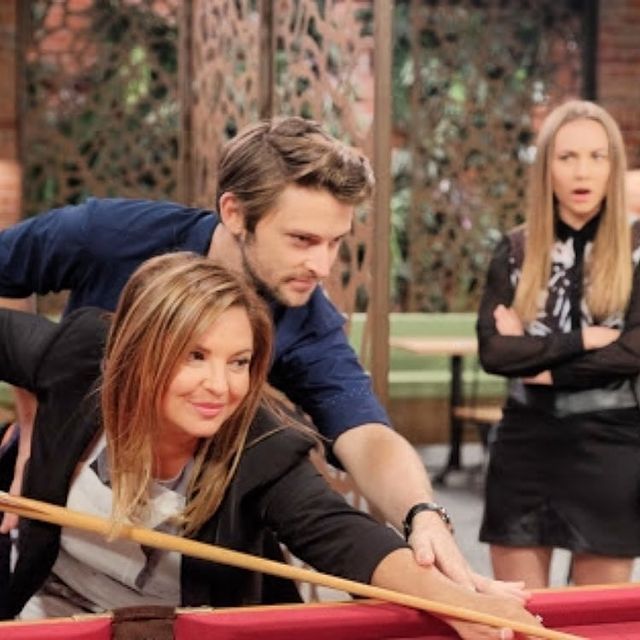 Matthew’s arrival in the bay is the last thing that Mia ever wanted to happen, and she’s overwhelmed at suddenly being confronted by her past.

“Mia is in utter shock that the past has resurfaced in Summer Bay,” Anna explains in the latest edition of TV Week. “This is a man she thought she had left behind for good, and for good reason.

“She finds the idea of him being in their life terrifying. She could not be more against the idea.” 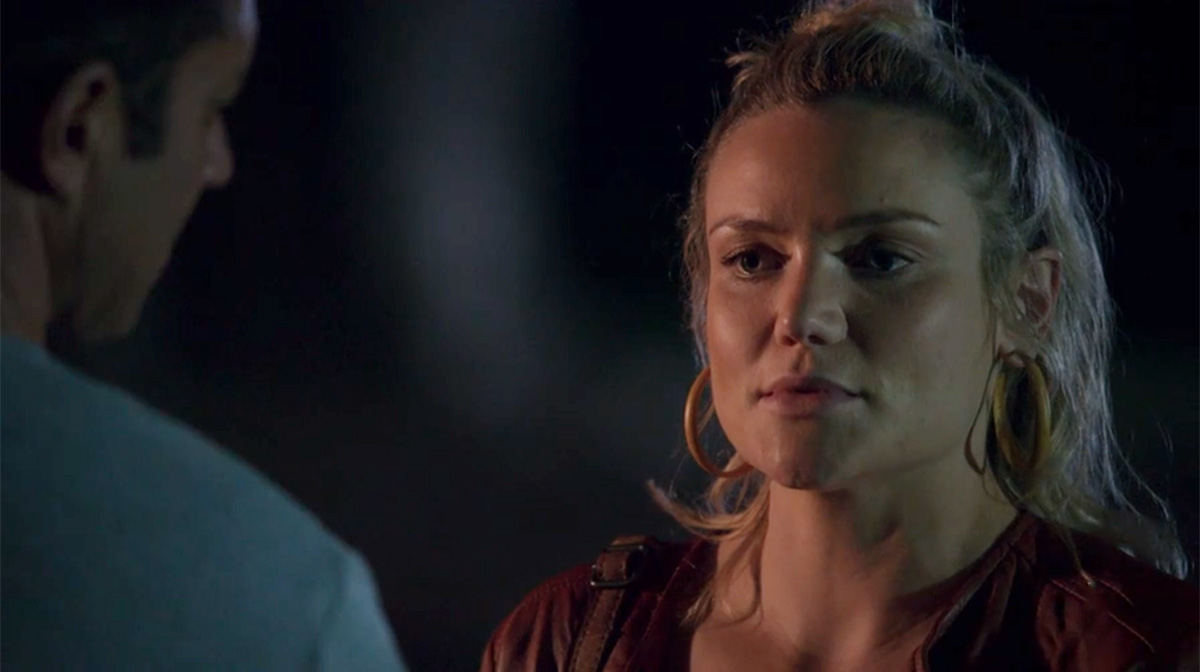 When the pair bump into each other as Matthew leaves the gym, Mia makes her feelings towards her nonconsensual one-night-stand perfectly clear. Unfortunately, armed with the news that he has a daughter he never knew about, Matthew is determined to stick around and meet her.

Yet it seems that Mia will stop at nothing to keep Chloe and Matthew apart. She tells him that Chloe has no interest in meeting him, hoping that he has the self-respect to not force himself on a daughter who doesn’t want to know him. 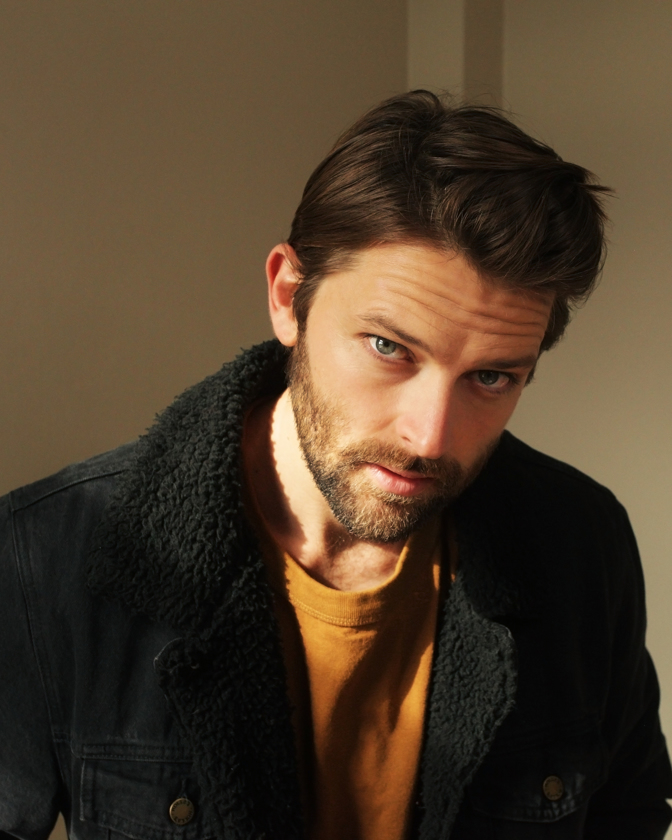 “Mia doesn’t like or trust Matthew,” Anna said of the new arrival. “She knew it was for the best that he wasn’t part of her or her daughter’s life.”

Mia’s claim is enough to put him off, and it seems like he may be about to leave as quickly as he arrived. However, in the heat of the moment, she accidentally gives him Chloe’s name – suddenly, he’s one step closer to discovering his daughter’s identity! 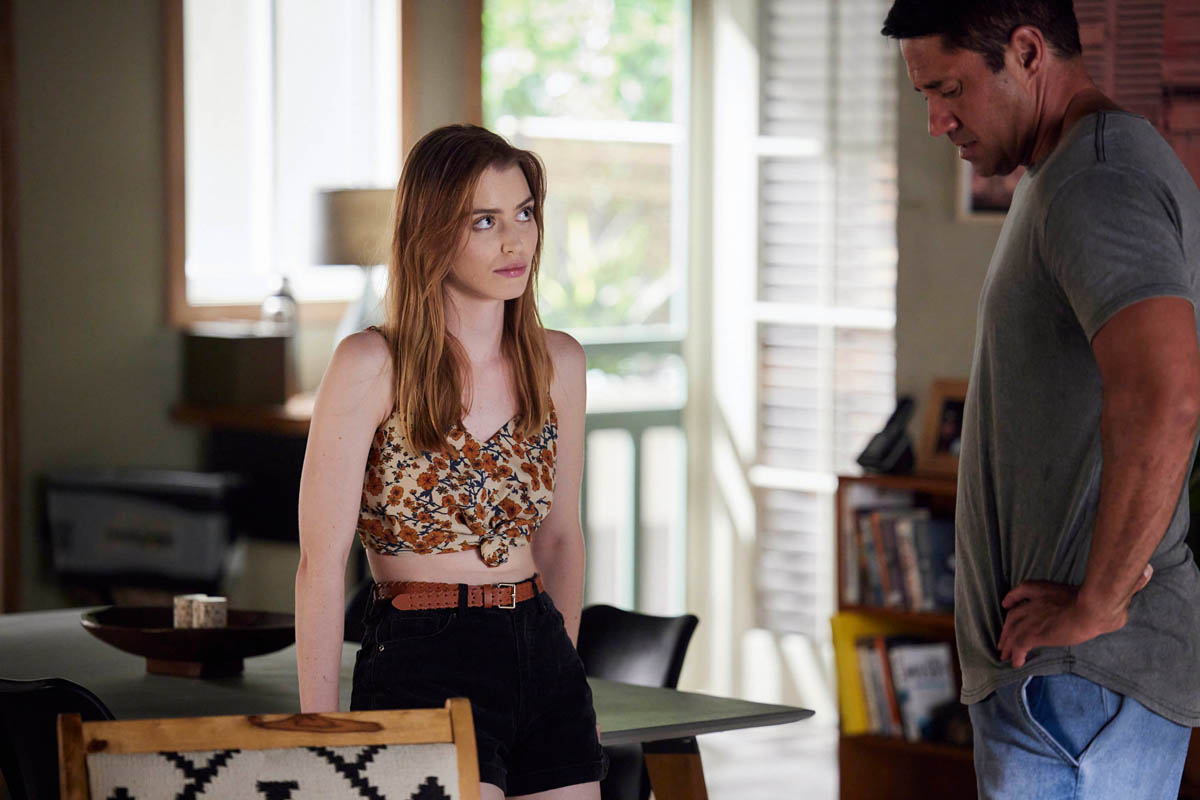 Chloe only recently reunited with father figure Ari – is she ready to meet her real father?

Summer Bay being the small town that it is, it isn’t long before he stumbles across her. Irene (Lynne McGranger) happens to call Chloe’s name when he’s in the Diner, and suddenly he realises that his daughter is right there in front of him.

Even worse, Irene hands the stranger one of Chloe and Ryder’s (Lukas Radovich) business cards, meaning he suddenly has his daughter’s contact details. It makes him want to reach out to her more than ever.

Suddenly, Mia has a battle on her hands to stop the two meeting. She is forced to give Matthew an ultimatum – she reminds him that she didn’t consent to the night they spent together, and, if he doesn’t leave, she will tell everyone what he did to her. 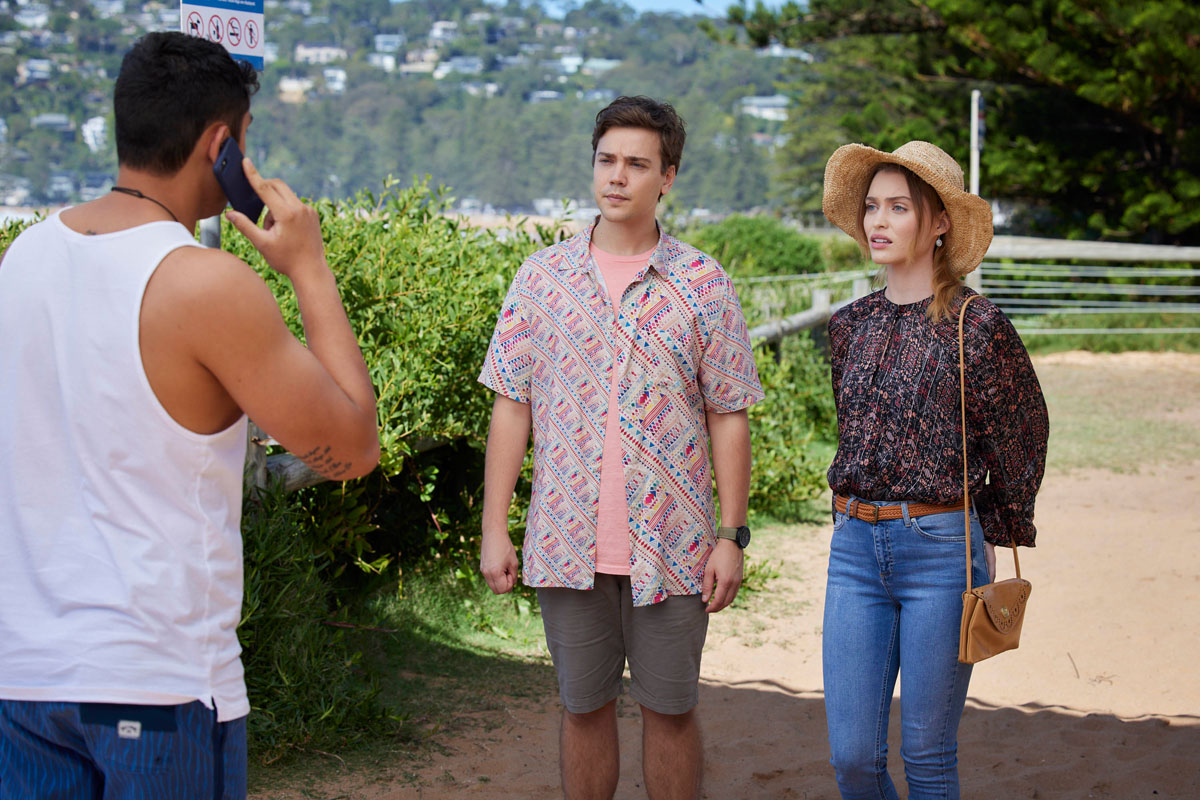 Will the threat be enough to put him off, or will he risk the consequences and approach his daughter?

UK viewers will see these scenes in early 2022.

Tane and Felicity find solace in each other. Jasmine’s cautious with her future. Nikau tries again.

Jasmine learns the truth about Felicity. Cash warns Tane to back off. Mia avoids facing the truth.

Marilyn files an unexpected complaint. Mackenzie doesn’t know how to fire Bella. Justin and Leah get a rude shock.

Dean’s keen to get out into the surf. Nikau’s finding his passion. Leah gets called away suddenly. 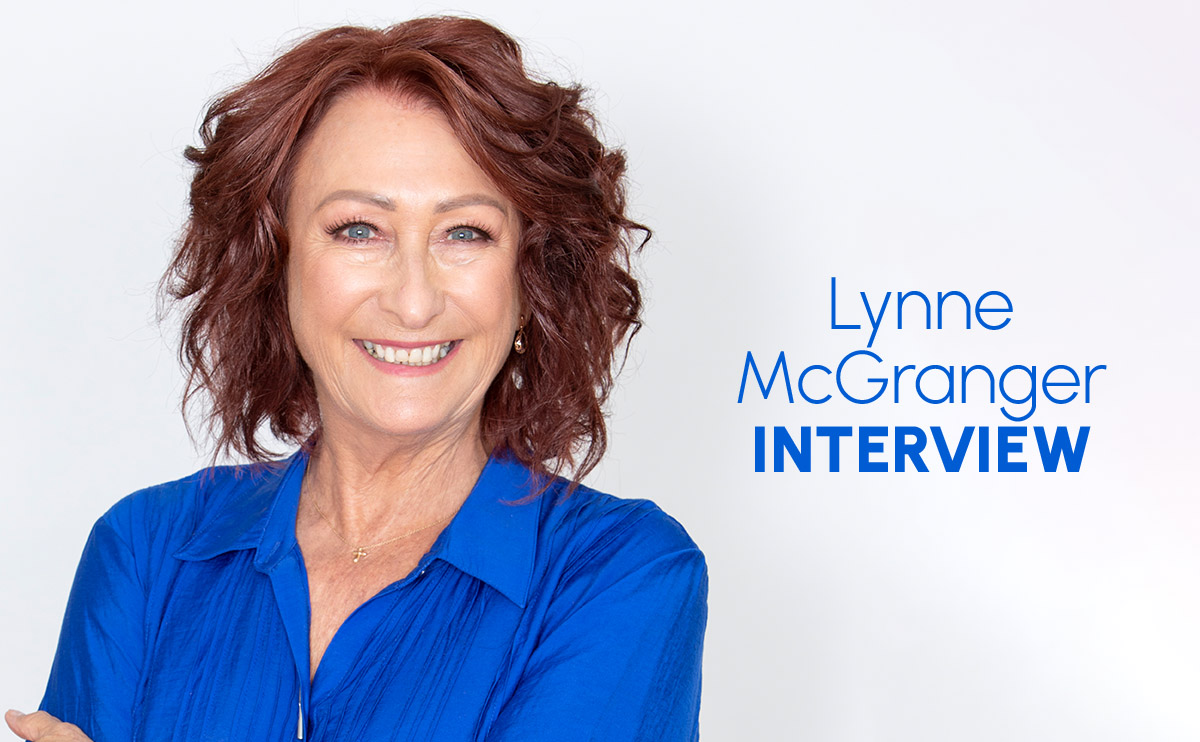 For almost 30 years, Lynne McGranger has played the role of the lovable Irene Roberts on Home and Away. With her book Acting Up released today in Australia and the UK, Lynne spoke to Back to the Bay about all things Irene!