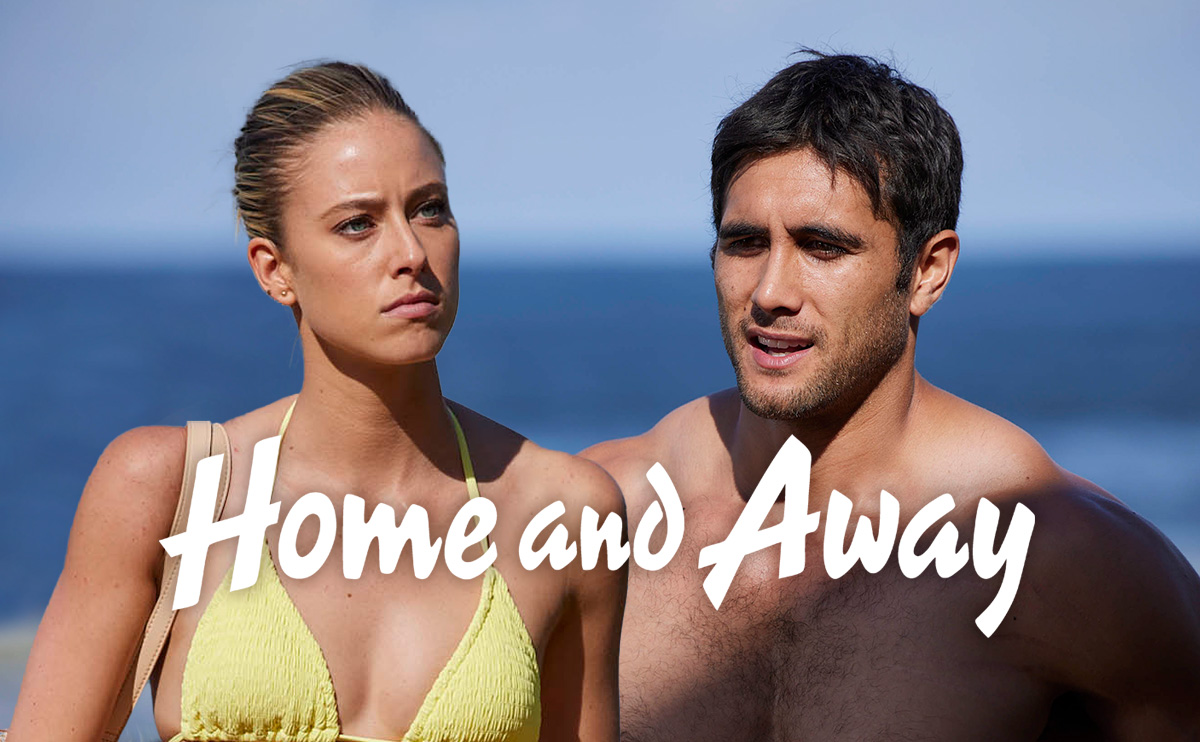 On next week’s Home and Away in the UK, Tane Parata gets a lot more than he bargained for when his fling with Felicity continues. As a huge new stalker storyline kicks off, is he going to struggle to let her down gently? 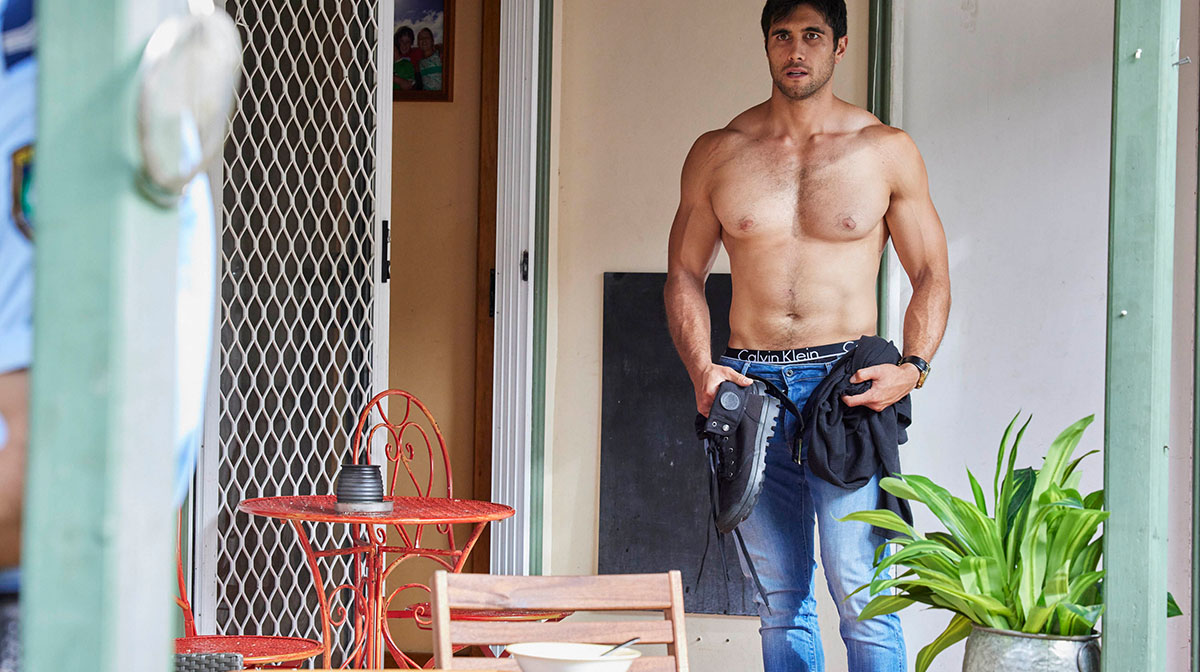 Tane (Ethan Browne) was stunned when he realised that his latest hook-up, Felicity (Jacqui Purvis), was the sister of Summer Bay’s new cop Cash Newman (Nicholas Cartwright). Yet despite his disdain for the police – a result of his brother’s death at the hands of a cop – he can’t seem to resist her charm. 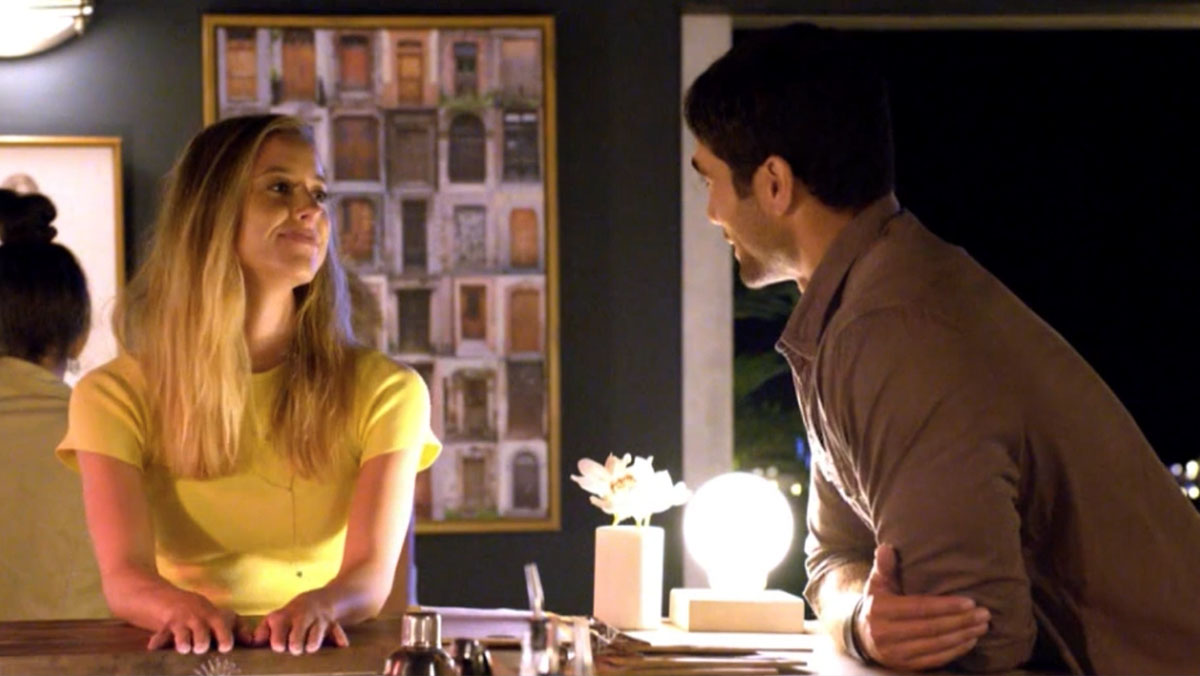 At the end of this week, he finds himself on an impromptu date with her at Salt, after she propositions him when she finds him dining alone.

Although he does his best to resist her, next week he finds himself drunkenly flirting over a game of pool, before ending up bringing her back to the Parata house. 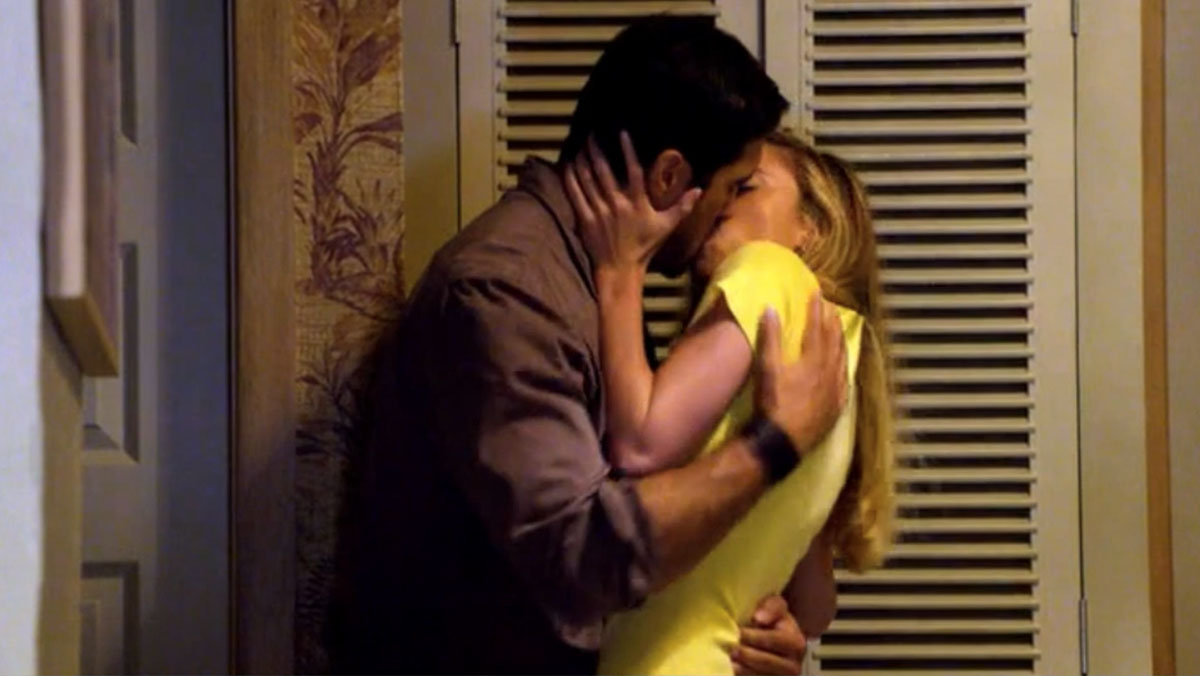 Poor Mia (Anna Samson) and Ari (Rob Kipa-Williams) are forced to turn the TV up loud, trying to drown out lust-filled pair as they have their second night of passion in as many weeks. Was this the same Tane who insisted that their first night together was strictly a one-off event?

Unfortunately for Tane, he’s underestimated Felicity, and has no idea what he’s getting himself in for. 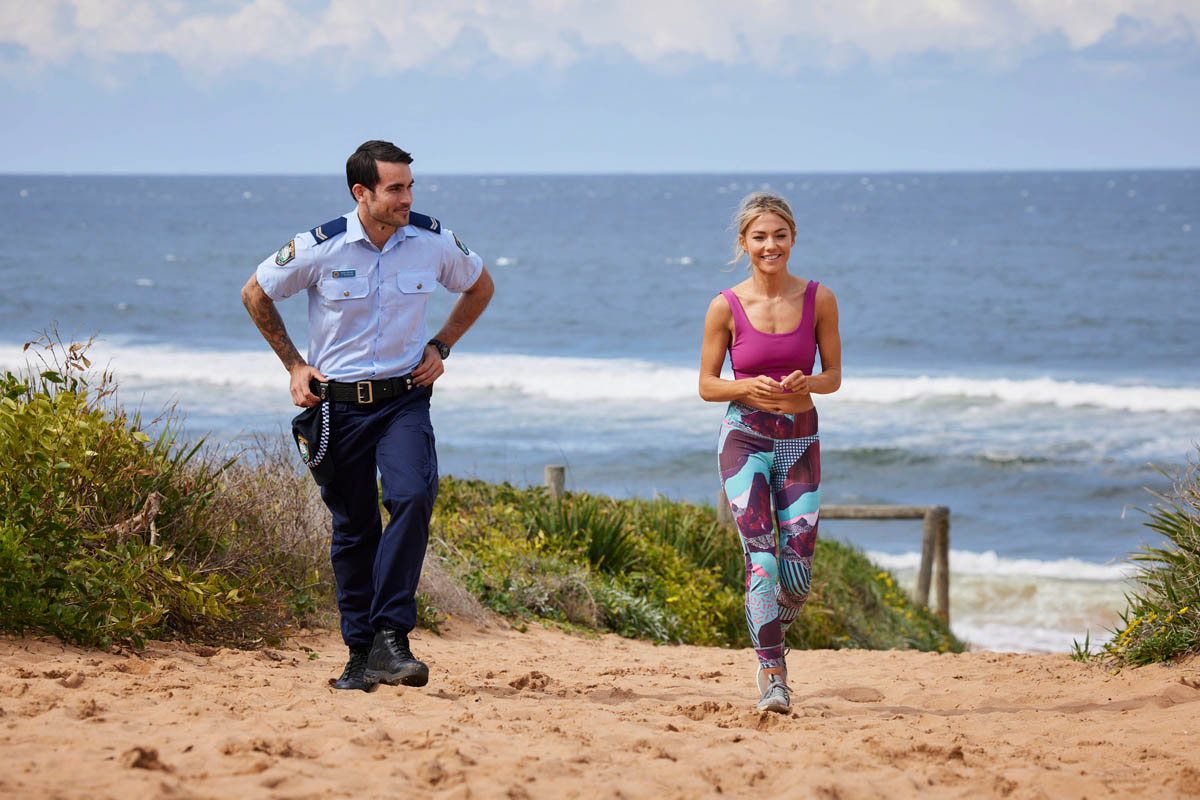 Jasmine (Sam Frost) discovers the depths of Felicity’s difficult childhood at the end of this week. She hits Cash’s sister up for info on why he’s so guarded when it comes to his family history, leading Flick to reveal their dad was murdered when they were kids.

She explains to Jaz that Cash has struggled to deal with it ever since. Yet when a shocked Jasmine confronts her new fling about the revelation, the Senior Constable gives her the truth – their father wasn’t murdered!

It’s a lie that Felicity has been telling herself ever since the tragic day, unable to accept the truth that he committed suicide due to their family’s ongoing financial difficulties. 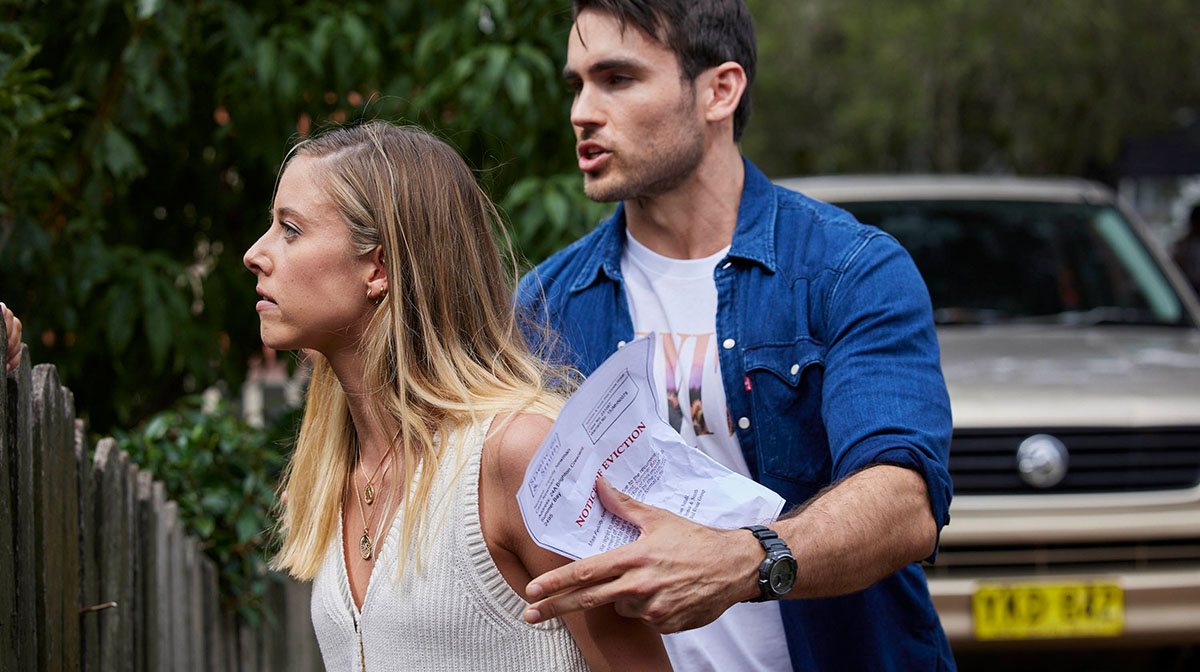 It seems that Cash has spent years trying to convince his sister that their father didn’t abandon them, he simply saw no other way out of the situation. However, unable to accept that, Felicity invented a whole other story, and has stuck with it ever since.

“There’s no time limit on grief,” points out Jasmine, as Cash reveals that he’s had to deal with his sister’s fragile emotional state for the whole of their teenage, and now adult, lives.

Cash believes that the experience has left Felicity with a major fear of abandonment. Is Tane about to experience that first-hand? 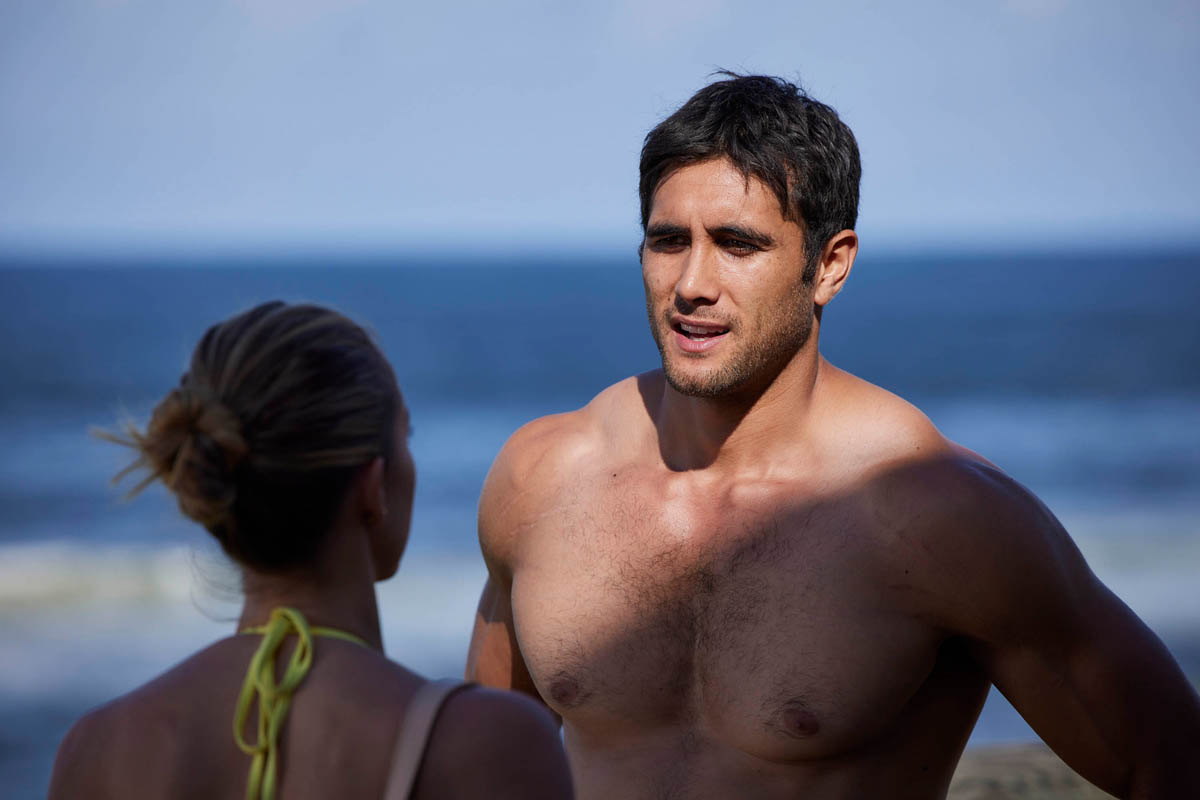 The pair continue to spend time together next week, and enjoy their lust-filled encounters, but Tane soon realises that Felicity is looking for more. She hints that she’s looking for a relationship, while he simply wanted some fun to help him get over Ziggy (Sophie Dillman).

When Felicity catches Tane at the caravan park and invites him to breakfast with her and Cash, he begins to tell her – yet again – that their nights of passion are behind them. 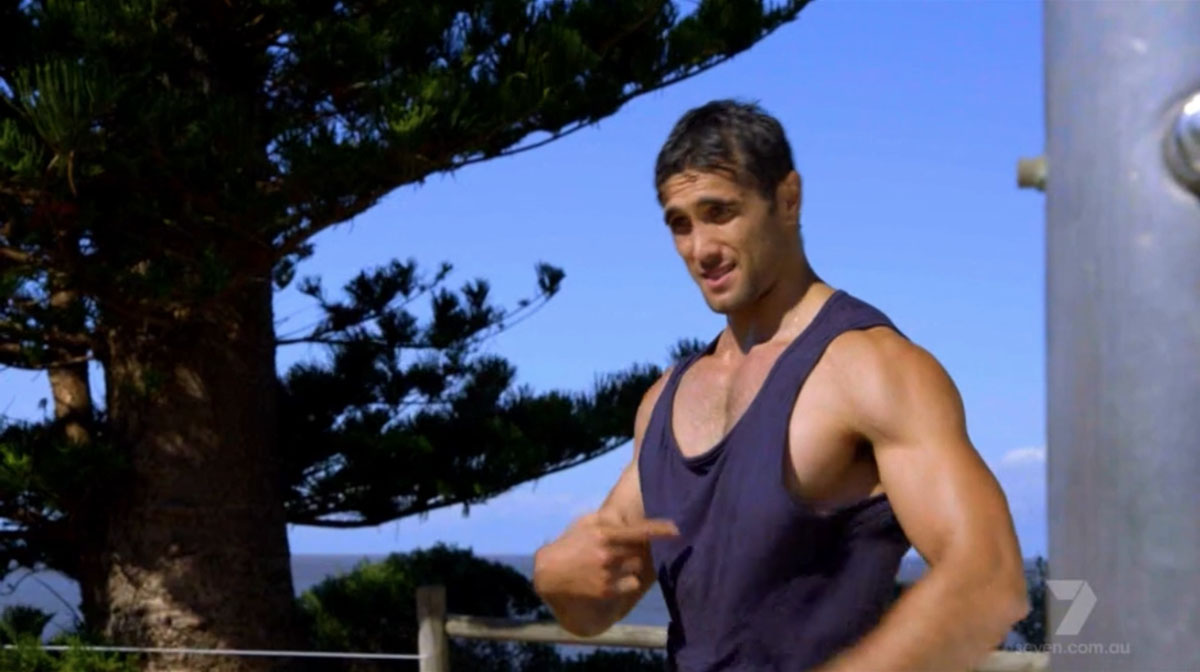 “I’m being serious,” he insists.

“You’ve been serious twice before now,” she tells him with a flirty glint in her eye. “We’ll see.”

It looks like getting rid of Felicity is going to be harder than he expected! 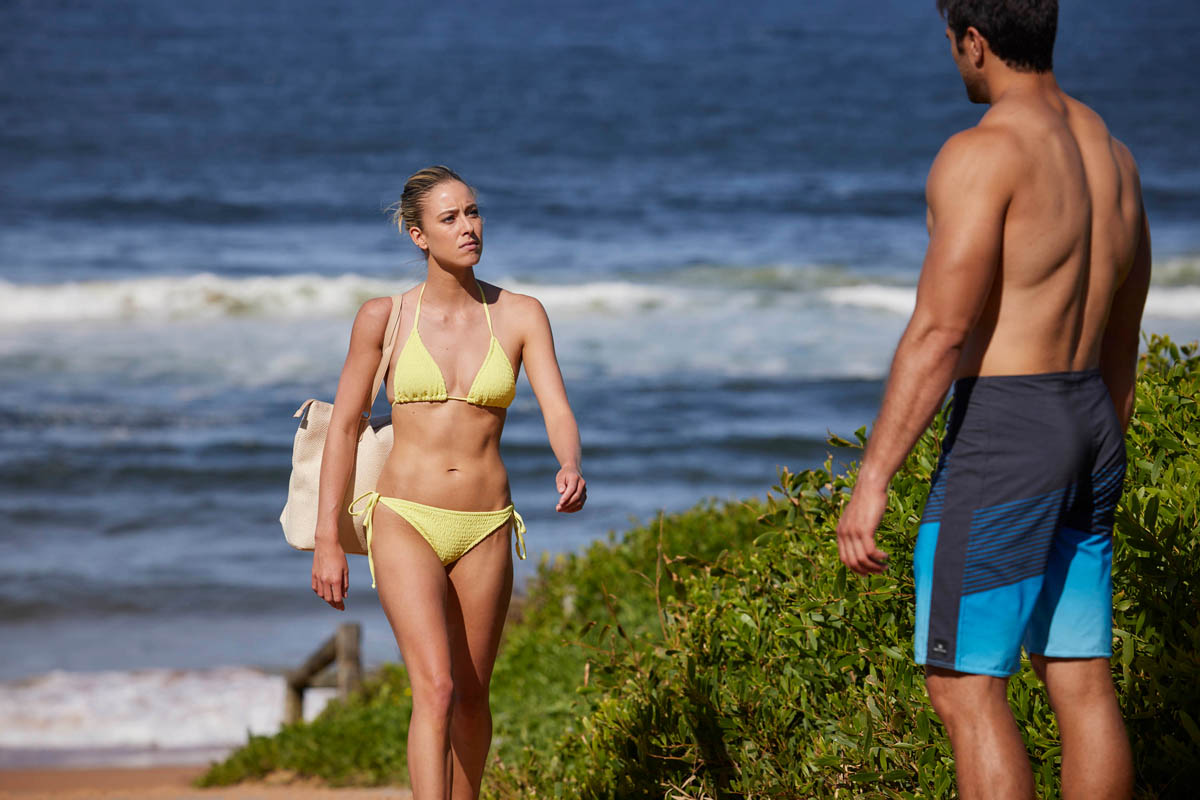 However, Felicity is right – Tane isn’t ready to give her up.

A day or so later, and the Parata brother is shocked when Mac (Emily Weir) lets slip that Ziggy has moved Dean (Patrick O’Connor) into the farmhouse to aid his recovery.

Searching for something to help him forget his ex, he once again turns straight back to Felicity, and she isn’t surprised in the slightest when he turns up at her caravan with one thing on his mind. 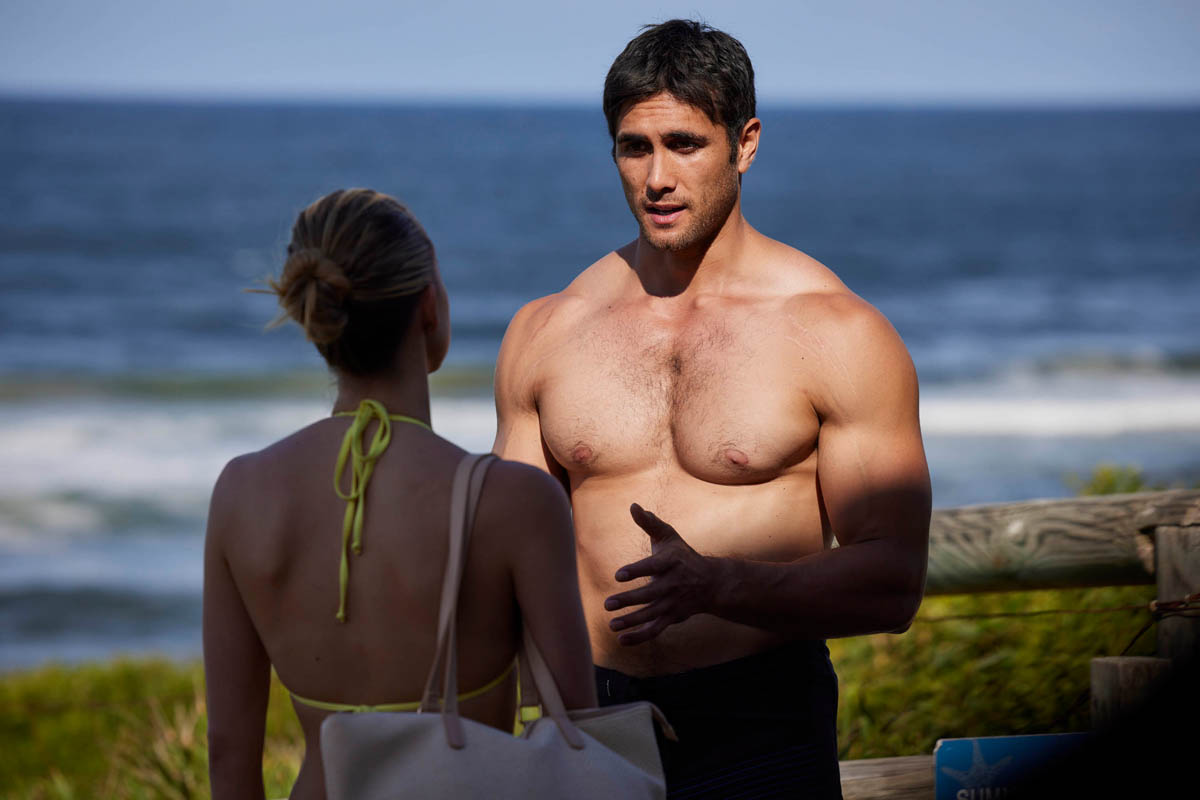 Yet he soon realises that he’s messing the poor girl around. Things intensify a couple of days later when she rocks up at his house with pizza, wanting to talk about his family’s past and form a deeper connection, and he realises that she’s beginning to develop feelings.

He realise he needs to make a serious effort to try to let her down gently before she ends up getting hurt.

The next day, he apologises for giving her mixed signals, and calmly tells her that he just isn’t looking for anything serious right now. 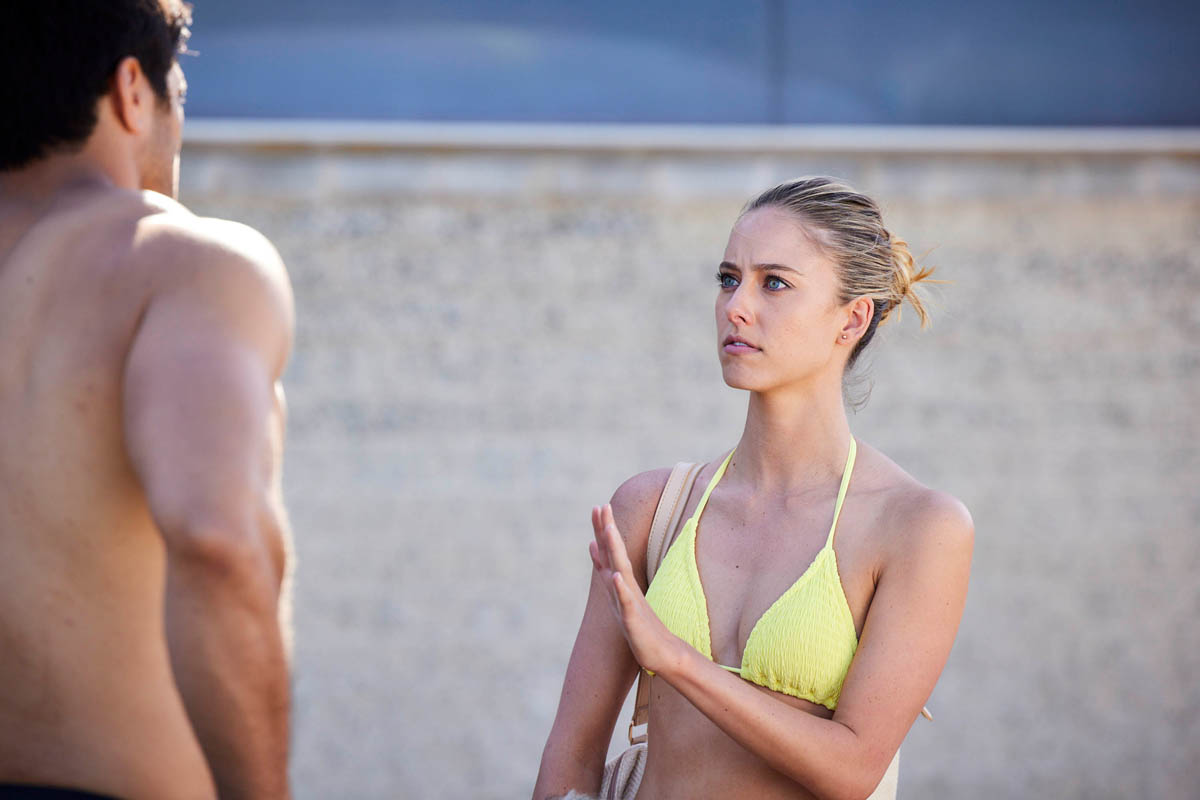 She jokes that the wedding’s off, but she clearly looks hurt as she does her best to keep her cool.

As she walks away with a pained look on her face, Tane feels terrible, but feels like he’s finally drawn a line under the situation.

However, was it really that easy? 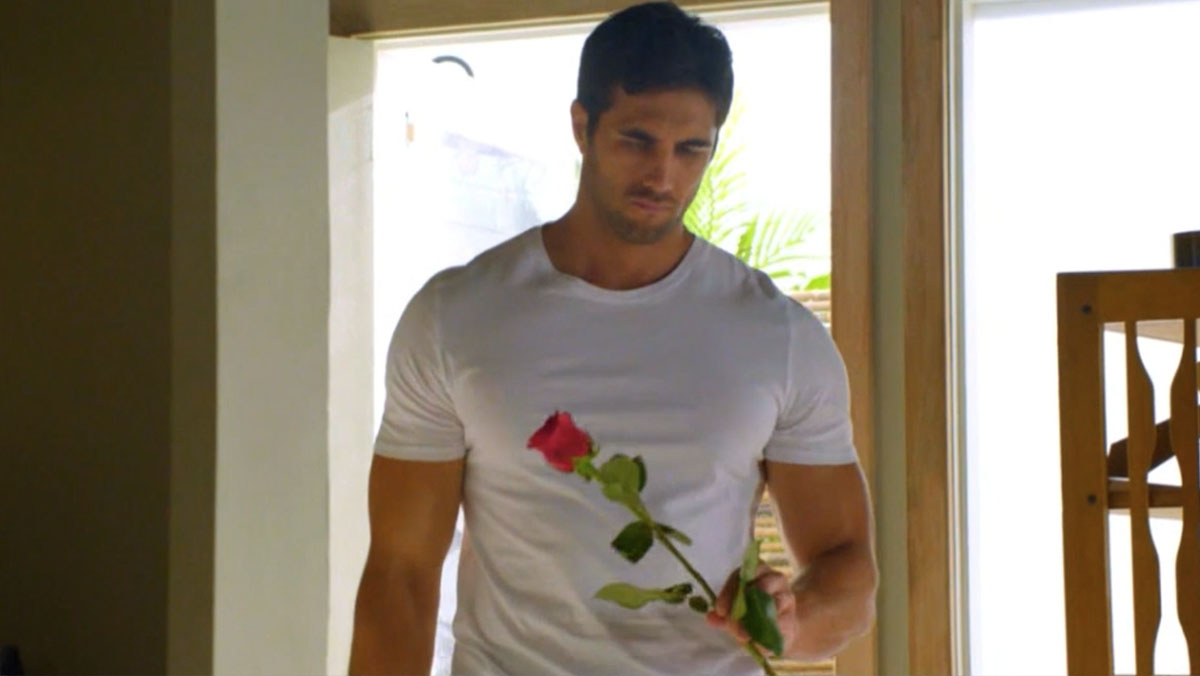 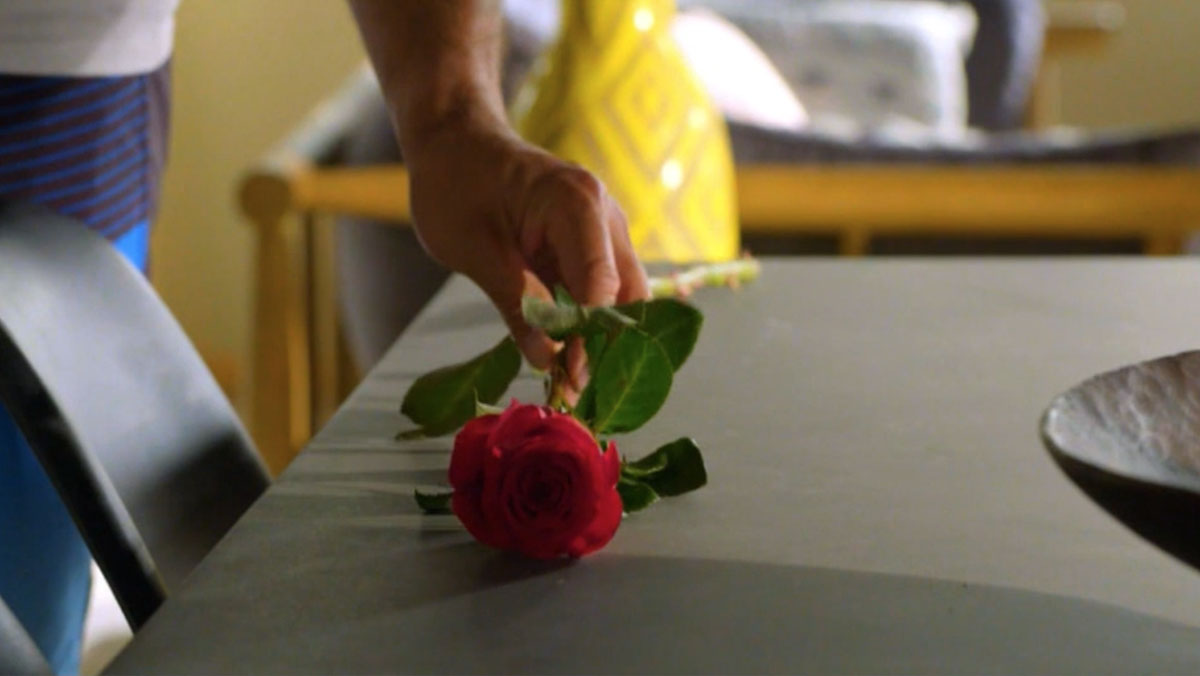 A few hours later, when Tane returns home, he’s in for a big surprise. A single red rose is awaiting him on the doorstep.

Have Felicity’s issues with rejection caused her to develop an intense connection to Tane? Is she going to struggle to accept that they’ll never be more than friends?

Want to look a little further than a week ahead? Aussie viewers get to see episodes of Home and Away about 6 weeks before UK viewers, meaning we know plenty more about what’s to come. 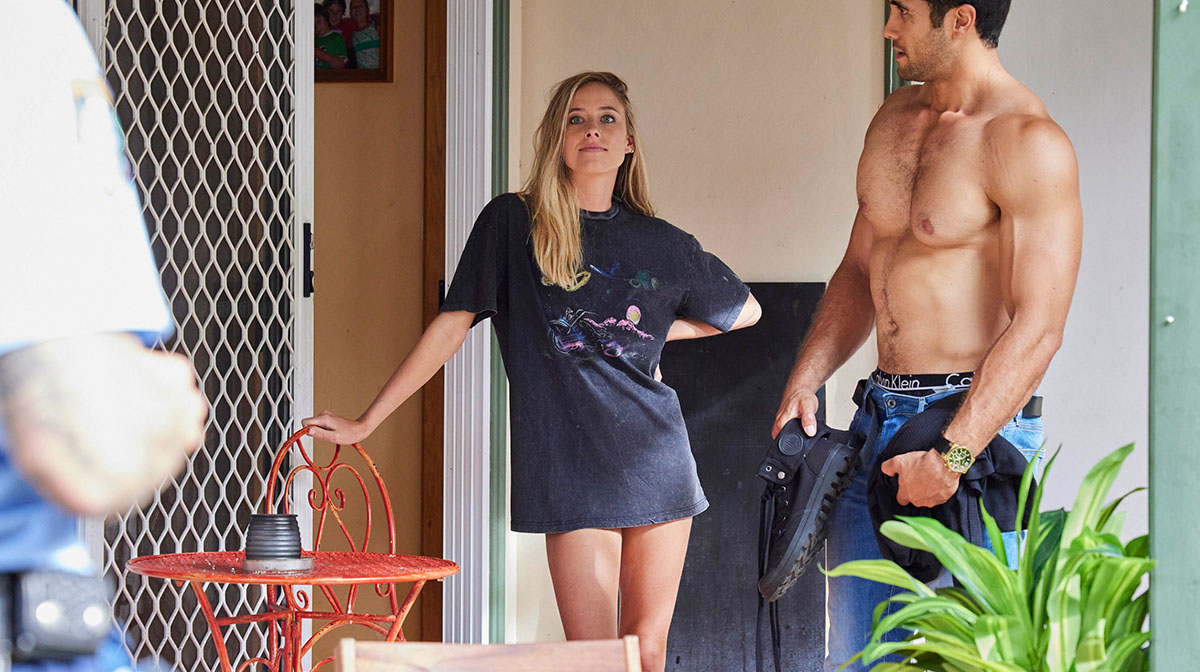 Expect Tane’s secret admirer to continue showering him with single red roses. Whether Felicity is the sender remains to be seen, but someone certainly wants to get his attention. Tane continues to accuse Felicity, and it leads to a number of huge showdowns between the pair at locations across the Bay, with Alf and Roo forced to intervene and keep the peace. 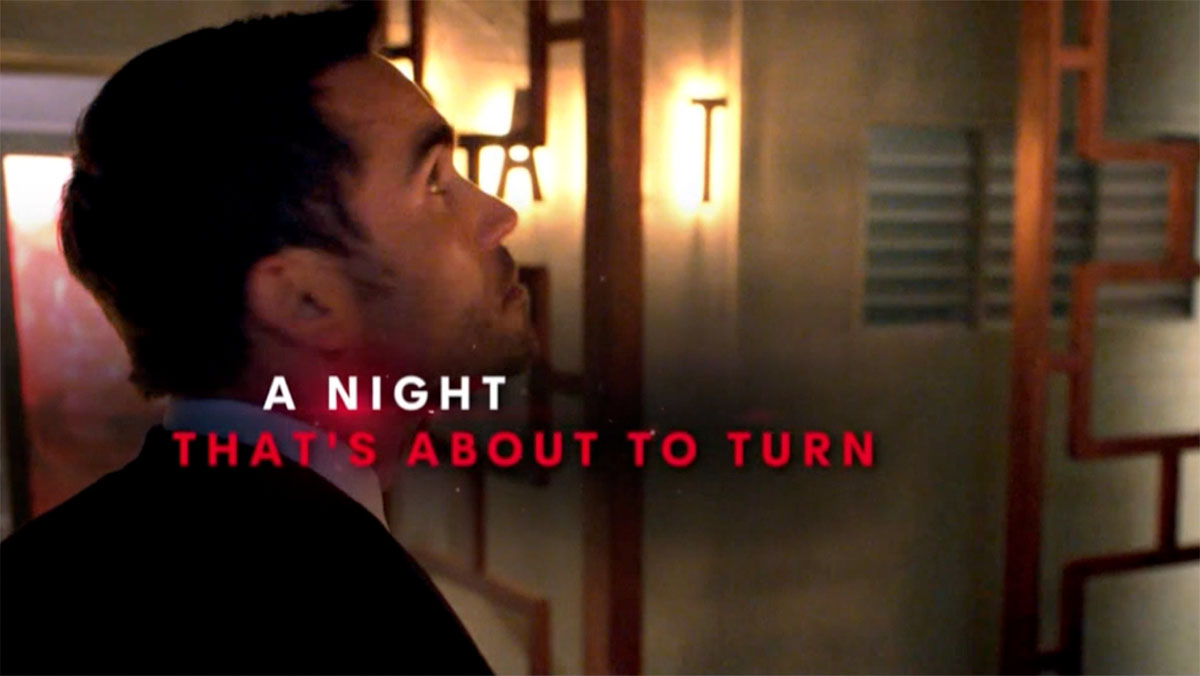 Then, things take a dark turn. Felicity warns Mackenzie to stay away from Tane, assuring her that the guy isn’t as nice as he makes out. Obviously, Mac has known Tane for ages, so ignores Felicity’s warning. Yet shortly after, she feels like someone is following her as she leaves Salt. Is it Flick?

In dramatic episodes airing this week in Australia, someone drugs Tane at the gym. Then, they release a toxic gas into the Surf Club building, just as Martha’s charity fundraiser gets underway.

Whoever Tane’s stalker is, they mean business.

The air goes out of Nikau and Tane’s road trip. Ziggy and Mackenzie clash over what’s best for Dean. Ari and Mia seek out John’s advice.