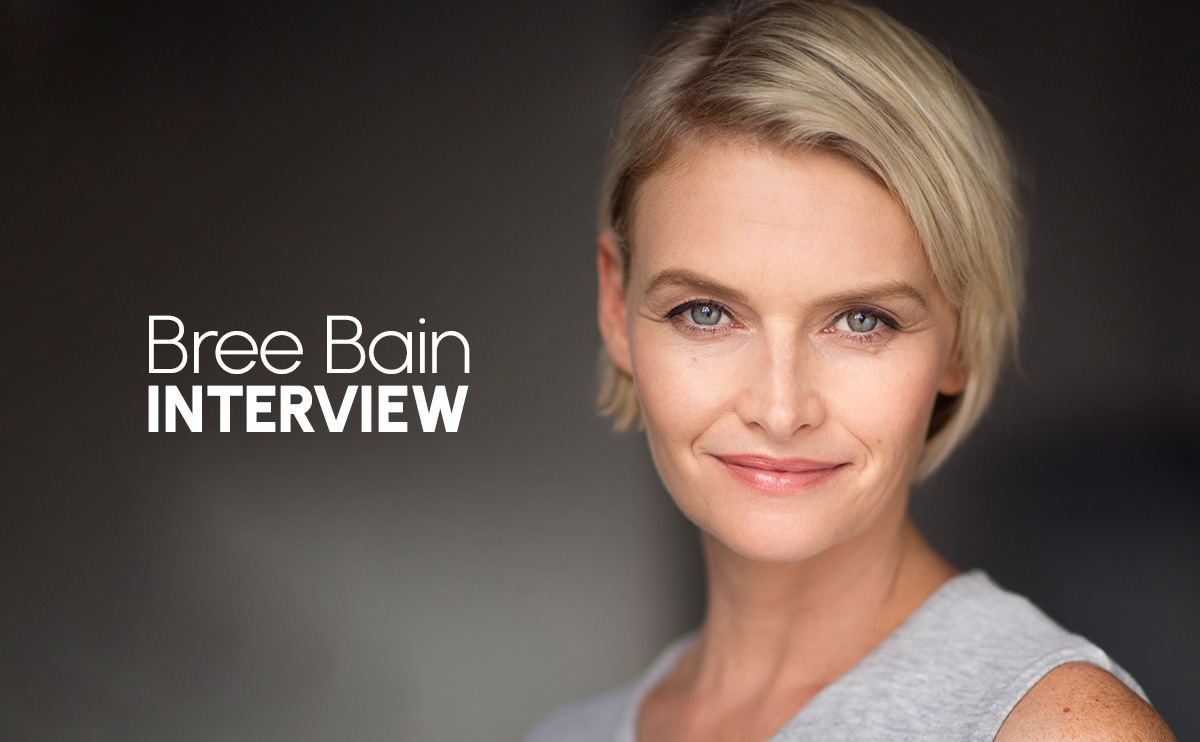 Bree Bain (née Desborough) first arrived as heroin addicted teenager Justine Welles in June 1997. Over the next three years, Bree was given some of the meatiest stories in the soap’s history, including teen drug addiction and being falsely accused of child abuse.

We caught up with the Logie nominated actress to find out about her time on the show and what she is up to these days.

Interview conducted by Matt in September 2021

How did you first get into acting – was there any history of it in the family and was it something you always wanted to do whilst growing up?

From the age of 12, I spent every Saturday at a talent school doing dancing, singing and acting lessons. It was the highlight of my week! I was one of those kids who were always putting on plays or dances for my family, I loved an audience. Me and my big brother used to spend hours taping our voices, doing funny skits and singing songs and I’d spend all day making up dances in the loungeroom. I was the first actor in my family, but a lot of my relatives are arty in some way.

Were you given much information about Justine’s background in order to prepare for the role?

Yes, I knew she was a street kid with a heroin addiction and so I remember acting quite strung out, fidgety and anxious.

You did a four-week guest stint before returning permanently. Was this to test the waters?

If I remember correctly, this is something the network did at first and then if they were happy with you and your character was working well, they would ask you to stay longer.

A magazine in the 90s wrote that Justine was drafted in as a replacement for Angel. Do you know if this was the case?

No, I never heard that. I don’t think that was the case.

Justine first arrived in Summer Bay as a heroin addicted teen and later, had a drinking problem. What was your approach to playing this and was it difficult?

I remember being very excited to be able to play a heroin addict, it was great to get such a meaty role. One of my favourite films at the time was Trainspotting (a film about heroin addicts) and I studied it to prepare for my role. It was quite challenging to go to such a vulnerable place in front of a whole crew of people at a young age and I learned a lot in a very short amount of time. We had so many wonderful directors on the show to guide us, so I always felt very supported.

Did you have a favourite storyline or moment as Justine?

One of my most memorable scenes was when Justine’s brother Aaron had locked her in a caravan trailer for a few days to get her off drugs. Justine was screaming and pleading with her brother to give her heroin and she became so enraged and desperate that she threw a TV at him! The TV was an empty shell, but it was so much fun. They made me look horrible too, I had pimples drawn on my skin, my lips were cracked, my hair was greasy, but I really got into it!

When Justine returned, she moved in with Pippa and there was a lot of animosity between her and Alf. What was it like working alongside two stalwarts of the Bay?

I loved working with those two! The loveliest, most down to earth humans ever.

Your first big, albeit rocky, romance story was with Vinnie. What were your thoughts on the pairing? Did you enjoy working with Ryan?

I loved working with Ryan. We didn’t come out to the public at the time, but we dated for the whole time I was on the show! He was my first boyfriend.

Meanwhile, Justine was the lead singer of the band Broken Dolls and then Frenzy? What are your memories of this storyline and were they your vocals?

I remember we had a lot of rehearsals to learn the songs and harmonies. I had been singing since I was little, and I’d always fantasised about being a singer in a band, so it was really fun for me. Yep, they used our real voices pre-recorded.

There was such a large group of teens in Joey, Tiegan, Aaron, Liam, Stephanie, Casey, Gypsy, Tom, Mitch and Peta. However, there was also a high turnover – was there any reason for this?

I don’t remember there being any particular reason for it, I think that’s just the nature of the show. They have to keep it fresh and interesting.

Things took a dark turn for Justine in 1999 when she was accused of child abuse and went to prison. How did you tackle this?

It was quite confronting having to imagine what it would be like to be wrongly accused of hurting a baby, and then to find out that her own mother had framed her! Poor Justine! Filming the prison scenes were fun. I had some good cat fights on that show!

Following her exoneration, she pursued an acting career. Was it difficult being an actor playing an actor?

Ha! No, that was fun. I got to dress up and pretend I was in a theatre production. I do remember having to use my voice in a different way. I had to project and speak slowly and articulate my words.

After three years, Justine headed off for a new career in acting. Was it your decision to leave the show or was it decided that the character had run her course?

My contract was up, and my character had run its course. The show had been such a wonderful learning ground for me, and I felt so lucky to have had that experience, but I was aching to get out there and see what else the acting world had to offer, so I think it was good timing.

Are there any stories you would’ve loved to do if you had the chance?

No, I think I got so many juicy storylines thrown at me, I was very lucky.

Is there any other character you wish you could have portrayed?

Nope. I loved Justine. I loved her cool clothes, her nose ring and her rebellious attitude. I had such a ball!

What would you like to think that Justine is getting up to off-screen?

I’d like to think she pursued her acting career and is a big movie star now.

Have you been approached to reprise your role in the past? If not, would you be willing to return to Home and Away as Justine, either in a regular or guest role?

Yes, I was asked to come back for a few episodes for someone’s wedding not long after I had left, but I declined the offer as I had learned all I needed to at the time and wasn’t interested in going back.

If they asked me to come back now I would absolutely say yes. I’d love to play Justine again after all these years.

Do you still keep in touch with any of your former Home and Away castmates and have there been any lasting friendships? 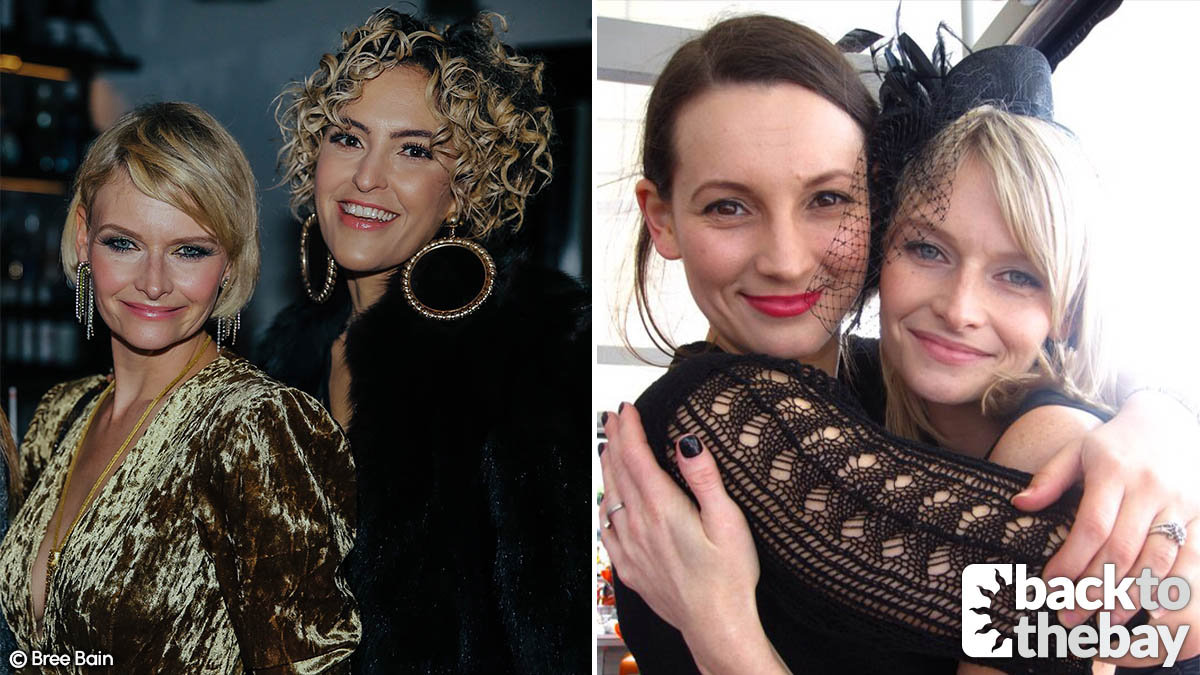 Are you still recognised by people in the street from H&A?

Not so much anymore. But gosh, it happened for a very long time! People sometimes think I went to their school or something, they can’t quite work it out.

Do you still watch the series in the Bain household?

No. I only watch Netflix, if that! Being a parent of two young boys means that my head hits the pillow very early at night, not much time for TV.

Following Home and Away, you joined another Channel Seven series. What memories do you have of Always Greener?

I adored working on Always Greener. The cast and crew were such an excellent bunch of people. We were really tight, and I made some lifelong friends. It was a very different experience working on a drama series coming from a fast-paced soap. The rehearsal process was much more involved, there was more time for character and script development, and it was exactly what I was yearning for. I was gutted when it was cancelled. 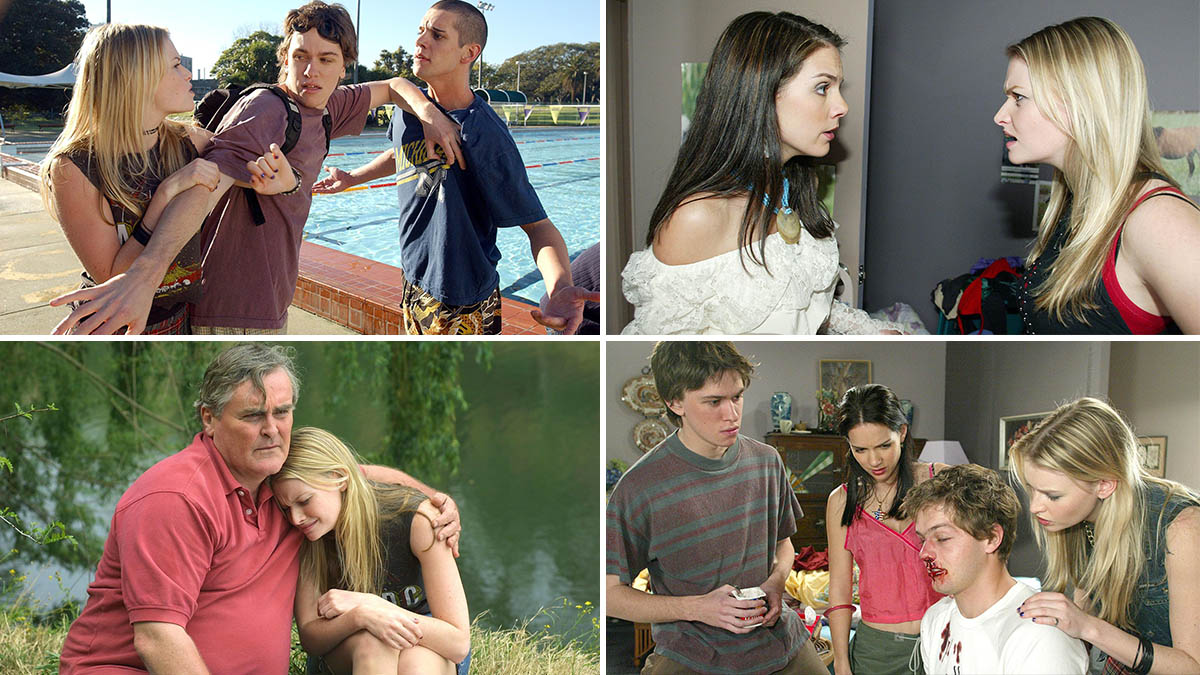 Some fans might not know that you have a photography business now and service actors that have appeared on the series? How did you get into this?

Yes! I now run a photography business, which I absolutely love. I was lucky enough to find something that fulfils me as much as acting and that can be hard to find.

I still do some acting from time to time when it pops up. I don’t think I’ll ever stop acting, I enjoy it way too much.

You’re a part of the fantastic cast in the upcoming Time & Place web-series. What’s the experience been like?

Yes! This was a great experience also. Blessed to work in a beautiful part of the world with a brilliant cast once again, but also to work with one of my closest girlfriends, Lara Cox. We have always wanted to work together, and playing sisters was a dream. Hopefully it will be released one day soon.

Away from your career, what else has Bree been up to since the days of Summer Bay?

Many years ago I met a Canadian man while travelling in Paris and we now have two beautiful little boys. I spend most of my days running my business, auditioning, looking after my boys and (pre-Covid) seeing as much live music as humanly possible.