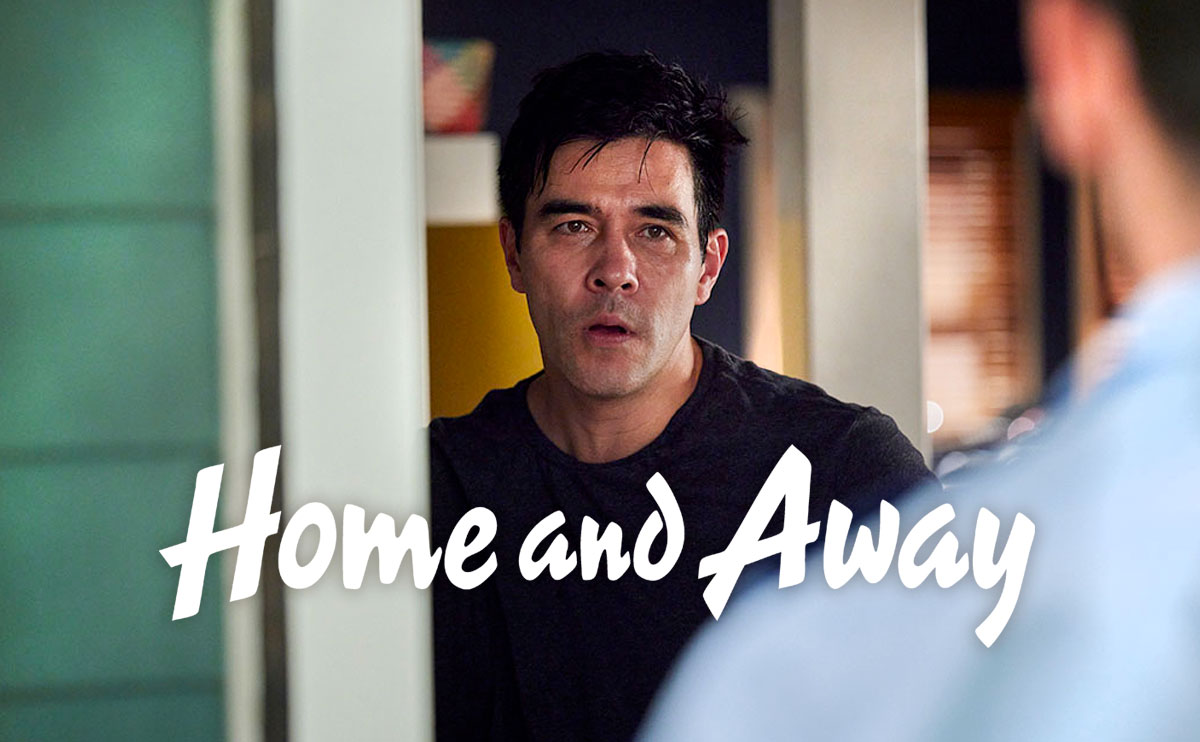 On next week’s Home and Away in the UK, a breakthrough leads the police to Justin Morgan’s ute, where they find some damning evidence of his part in Susie’s murder. Did he do it, or is he being framed? 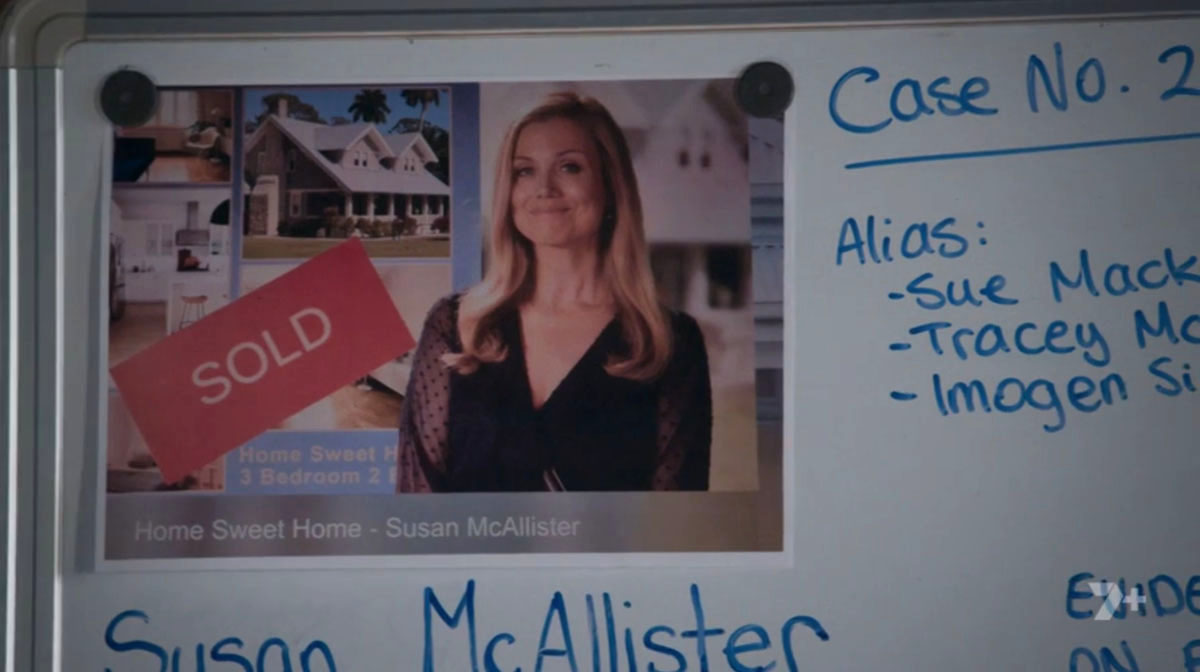 Detective Amy Peters (Lisa Flanagan) has made it her mission to track down Susie’s murderer since she arrived in town last week, and has already interrogated John  (Shane Withington) and Irene (Lynne McGranger) on their relationship with the fraudster.

Both of them have been in trouble with the law on multiple occasions – John was the bay’s serial arsonist a number of years back, while Irene was arrested for assaulting Tommy back in 2019. Detective Peters doesn’t see it as a stretch that either of them could have been involved in Susie’s downfall. 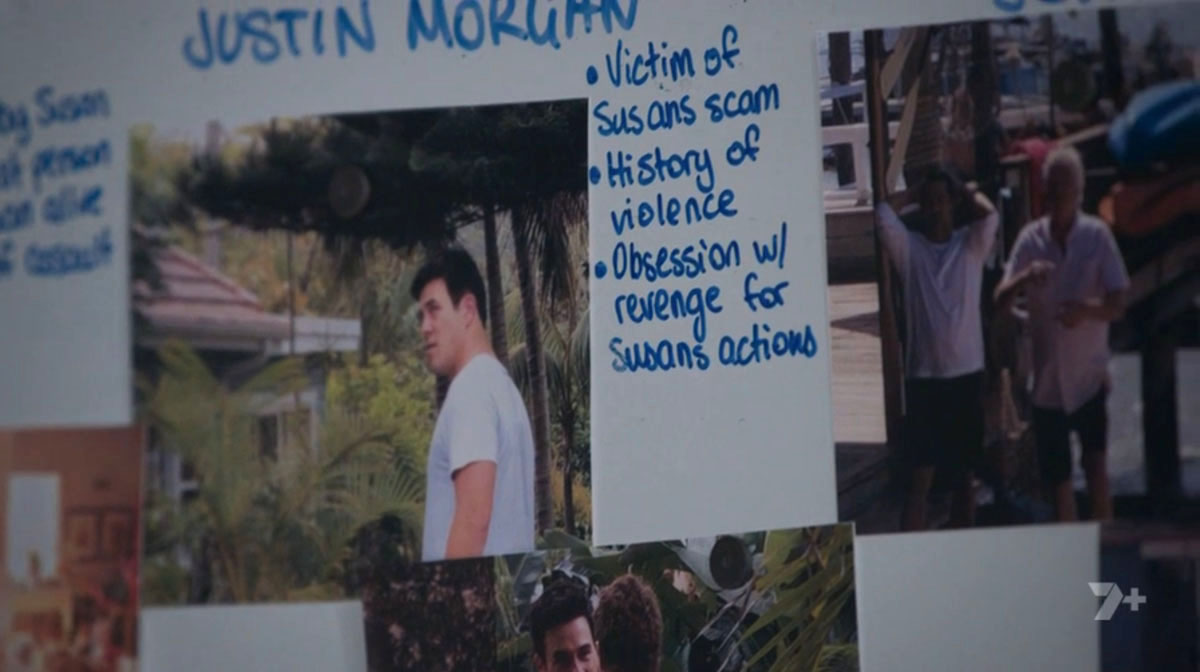 Justin (James Stewart) has also been one of the main suspects since Susie’s body was discovered in the sea.

He and Leah (Ada Nicodemou) were one of her key victims, losing out on $90,000 of savings to her fake real estate business. While Leah was equally affected, and spent months trying to track down Susie via the online Scam Stop forum, her clean record means she hasn’t been seen as a particularly likely subject.

Justin, however, has had plenty of problems which make the new detective believe he could have been capable of murder. His drug addiction has changed him, causing him to lash out at both friends and family, and just a couple of weeks ago he was arrested after punching Stephen.

Could he have found Susie, and, in a fit of rage, done something stupid? 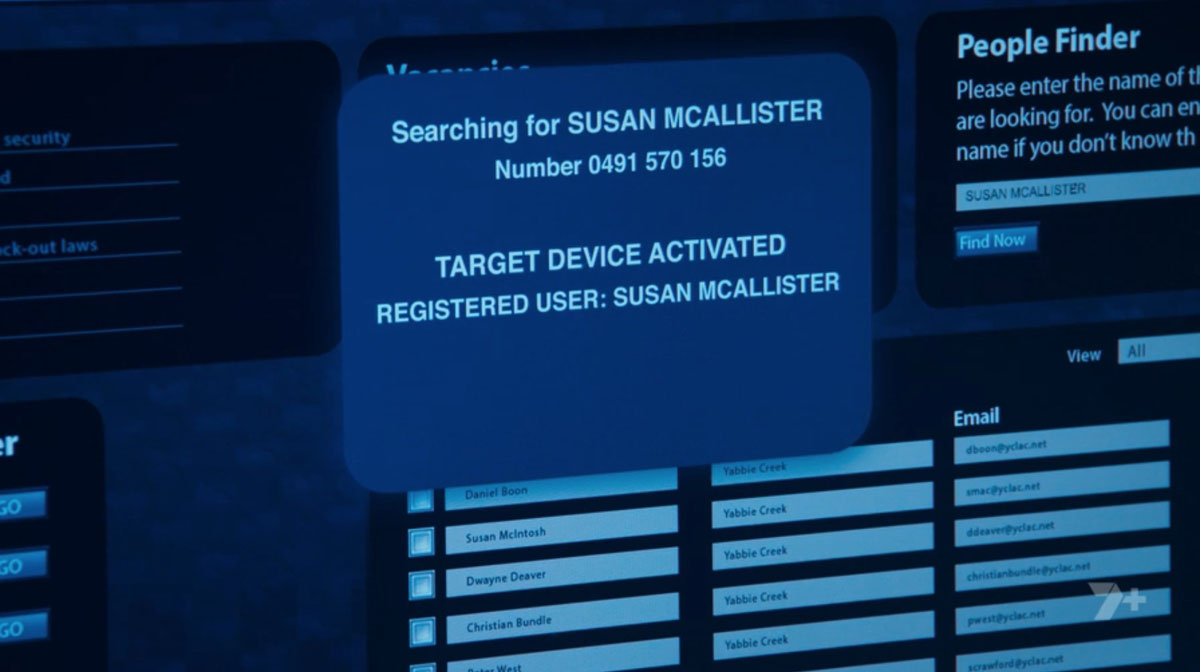 Next week, the detective finds a damning piece of evidence which leads her right to Justin. She and Cash (Nicholas Cartwright) have been trying to track down Susie’s mobile phone ever since her body was discovered, but up until now their specialist software hasn’t been able to pick up any signal from it.

All of a sudden, their system gets a hit – the phone is giving off its location, and it’s on the move. 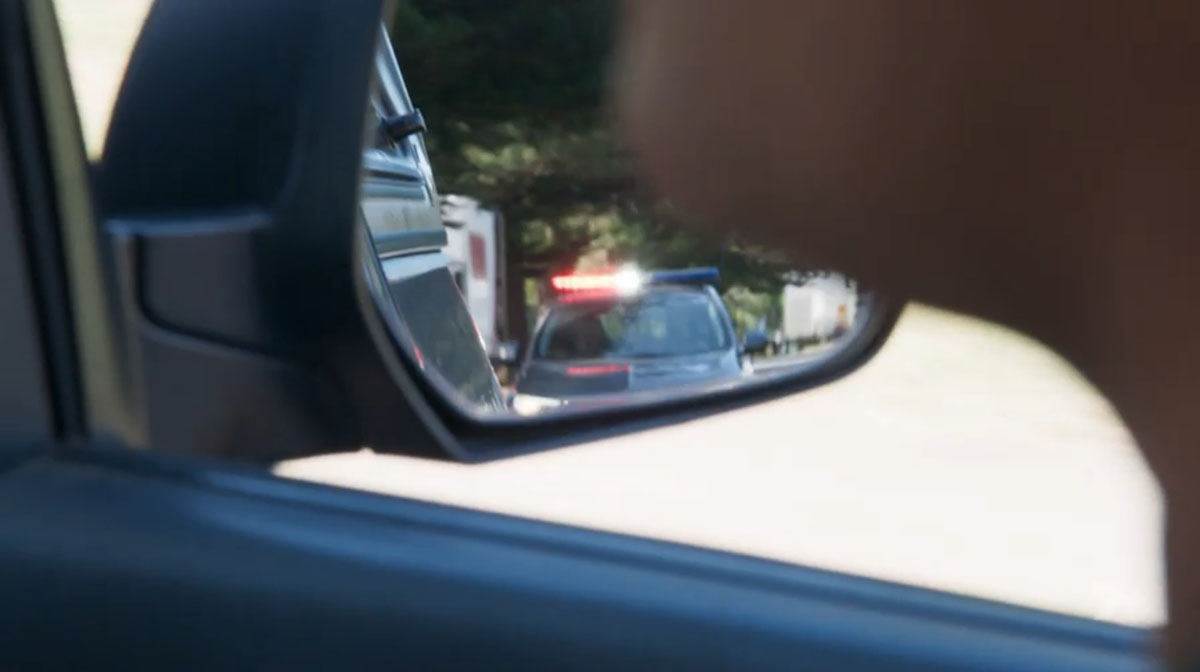 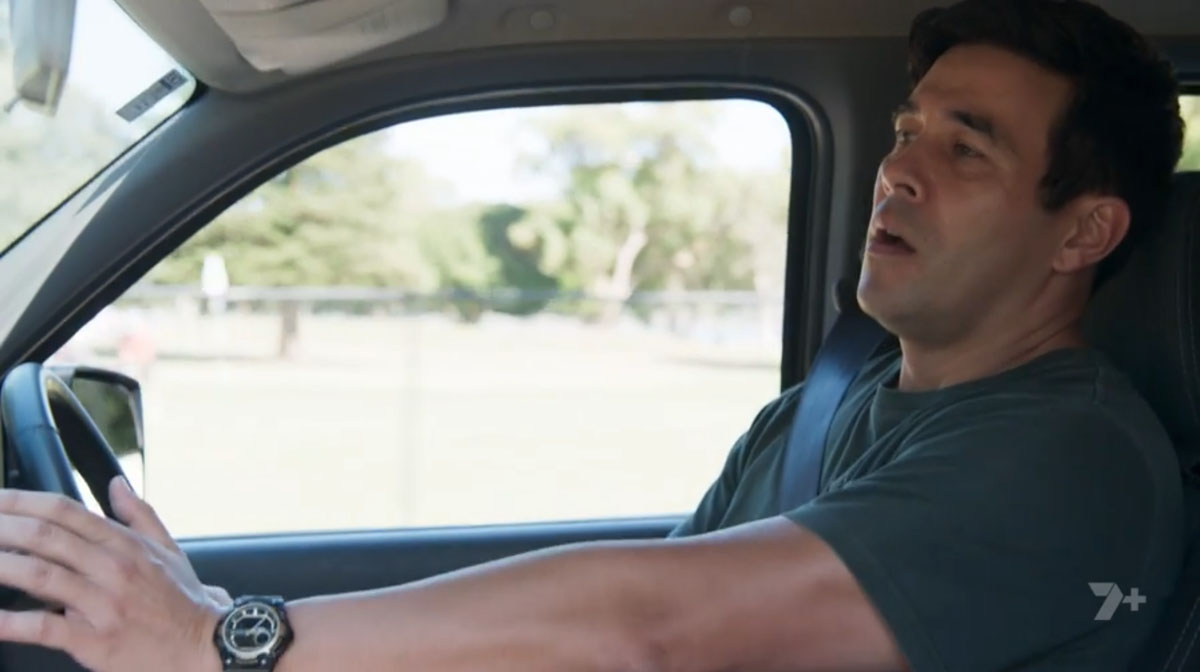 As Justin drives through the bay, still feeling the effects of going cold turkey from his pain meds, he’s taken by surprise by the sound of sirens behind him. In his rear view mirror he sees a police car indicating for him to pull over.

His slightly shaky, pale demeanour doesn’t help his case, as Cash and Amy begin to interrogate him. He points out that it’s not illegal to drive while you’re sick, and he wasn’t speeding.

When Amy tells him that they want to conduct a search of his vehicle, he assures them that “you’re not gonna find any pills or anything okay, I am clean now.”

However, some illegal pills are about to become the least of his worries, as they tell him they’re here about the McAllister homicide. “We have reason to suspect your vehicle contains evidence pertaining to the case,” Detective Peters reveals.

As they start combing his ute, it’s not long before they find what they’re looking for – Susie’s phone is lying in the footwell of the passenger seat! Its screen is smashed, but it’s still working and giving off its location. 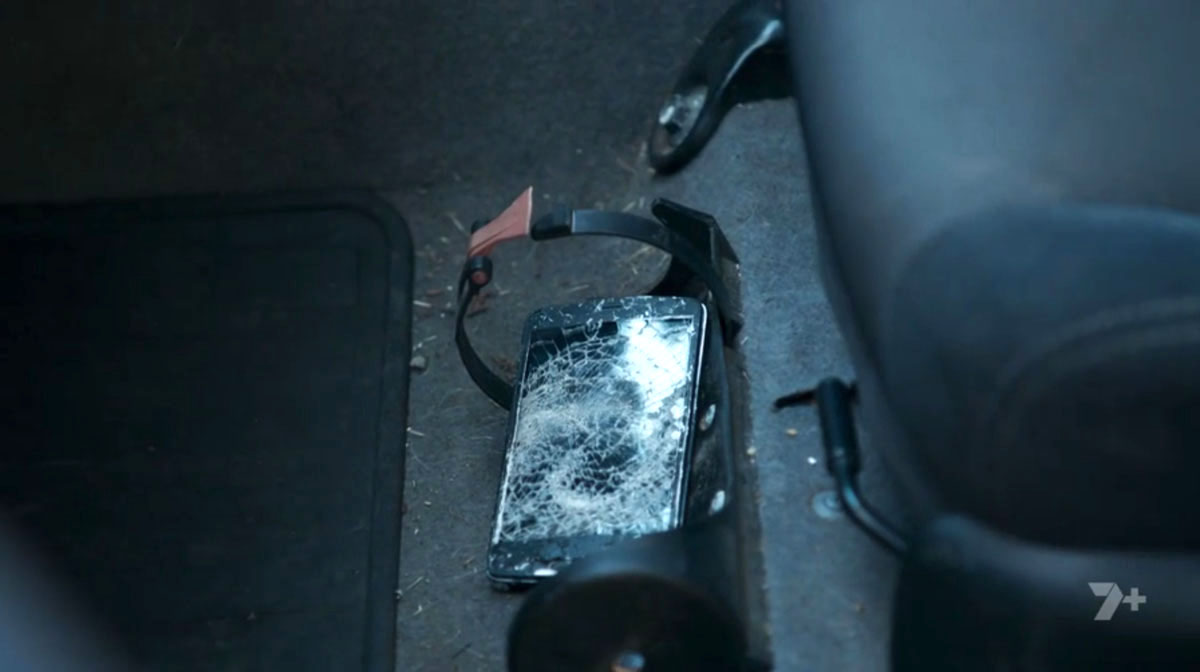 “This belong to you, Mr Morgan?” questions Peters.

“I have never seen that before. What’s it doing in my car?” 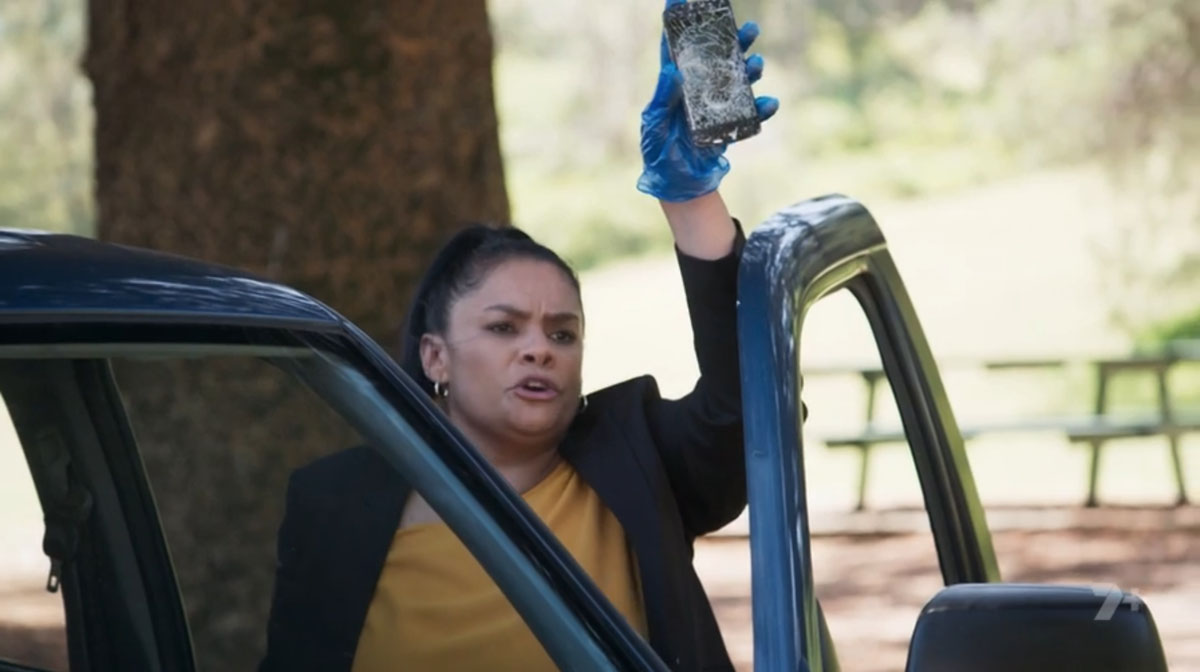 Amy is now convinced that Justin is the man they were looking for. Back at the station she tells him that it’s all starting to add up – the missing money, his aggressive behaviour, the number of calls to Susie on the last day she was seen, the fact that he tried to dissuade Leah from going after Susie herself. Now, the phone. 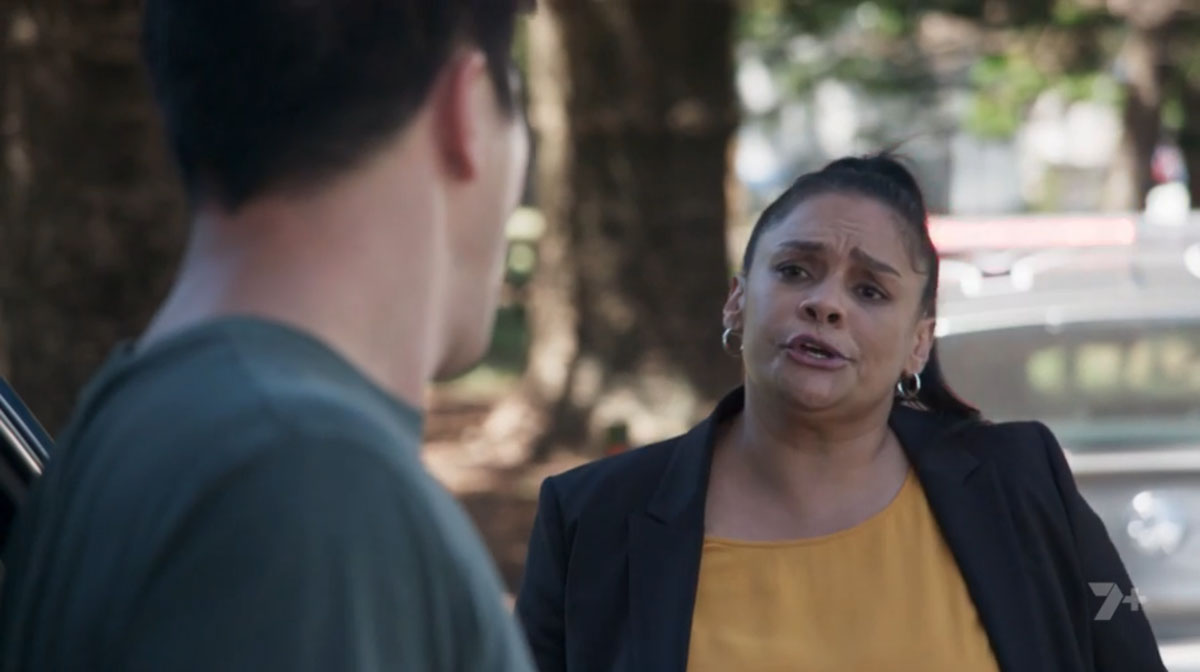 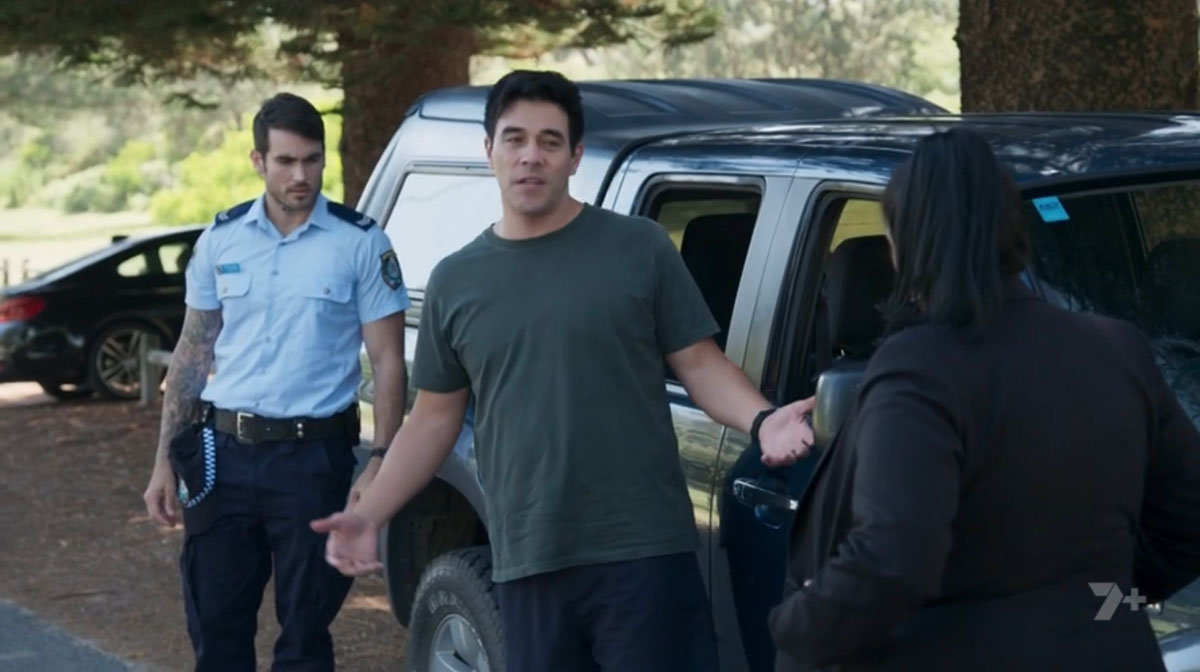 “In my experience, Justin, two plus two generally equals four. Do those painkillers help numb your guilt, Justin?”

What is Susie’s phone doing in Justin’s vehicle? Did he really have something to do with Susie’s death, or is he being framed?