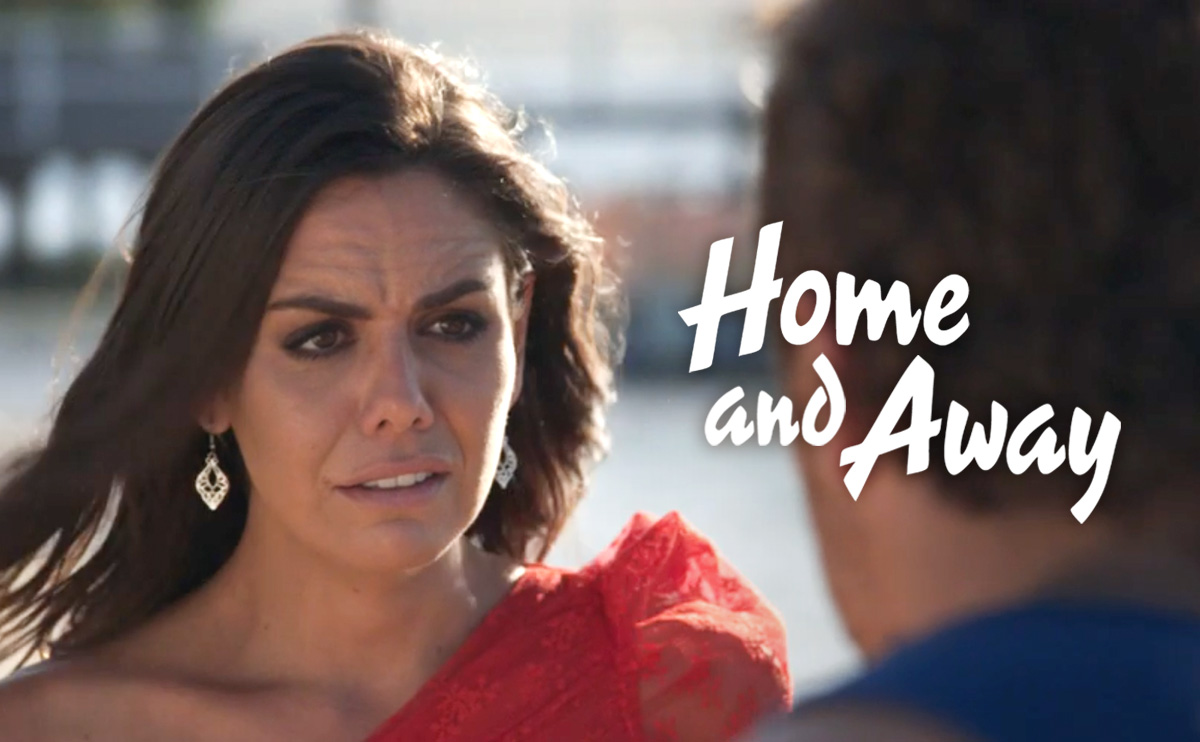 On next week’s Home and Away in the UK, Mackenzie realises she’s the laughing stock of Summer Bay after a video of her drunken antics appears online. Will it finally be the wakeup call she needs, or will it tip her over the edge?

As Nikau’s modelling career had advanced, so too has his obsession over his body image.

Recently, he’s begun skipping meals and pushing himself too far in the gym, all to achieve the perfect body. Next week, he develops another addiction, as he finds himself obsessed with his social media following. 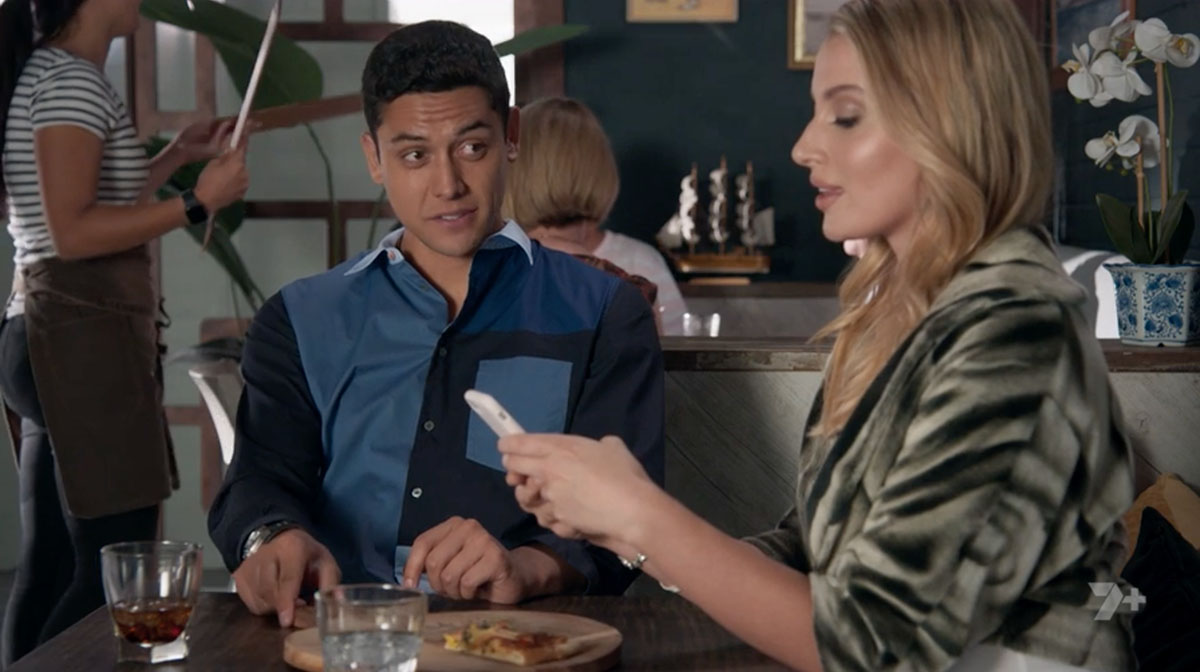 After some pushing from Sienna (Rose Riley) and Allegra (Laura McDonald), he agrees that he needs to increase his followers.

He talks Allegra into meeting him in Summer Bay to take some selfies at the beach, but is shocked when Sienna turns up too, wanting to know why he’s stolen her top model for his own personal shoots!

Sienna can’t keep up the act for long – her annoyance was a joke, and she’s actually pleased that Nik is showing some initiative. However, she has an even better idea to get some fantastic shots and gain plenty of engagement for his socials. A pool party at the Parata house!

As preparations get under way, Bella couldn’t care less. She’s solely focussed on her upcoming exhibition with Emmett, and doesn’t understand her boyfriend’s sudden obsession with his social media. 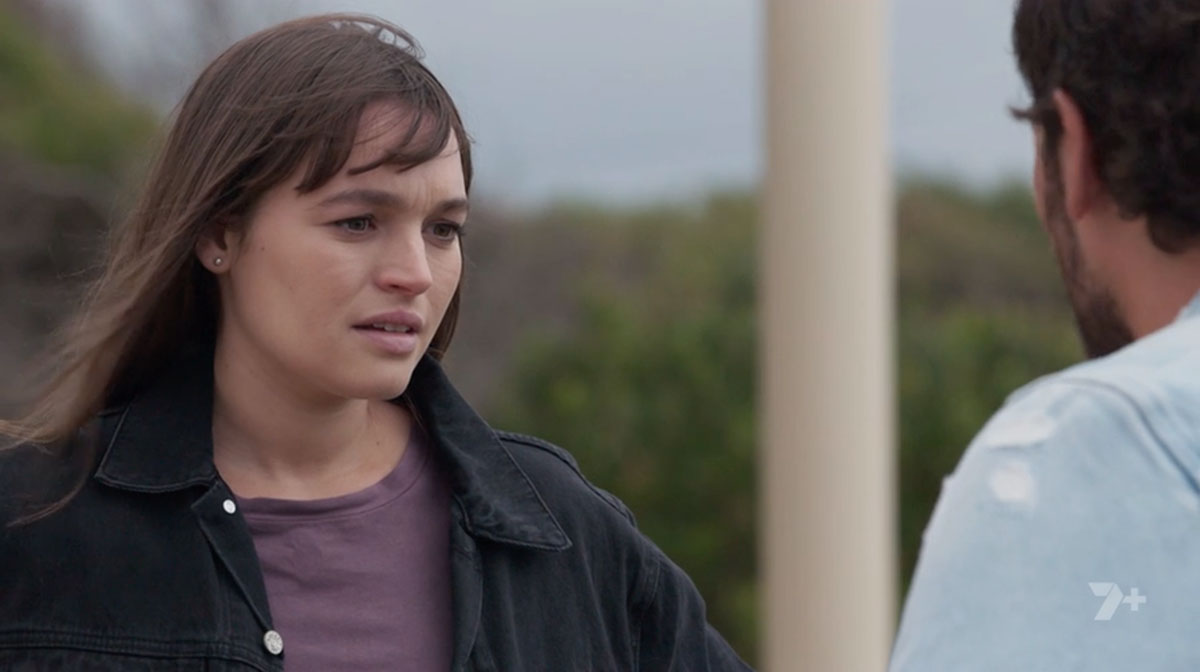 She thinks it’s all so fake, and not at all what she signed up for when she and Nikau started dating. “You are going down a path that’s going to make you really unhappy,” she tells him in no uncertain terms. “You’re changing, and I don’t like it very much.”

He reminds her that he’s doing this for her. He never wanted to be a model in the first place, but signed up so that he could get Bella her prized internship with Emmett. Now that he’s seen the money it can bring in, he wants to do the right thing to support his family, but all she’s doing is throwing it back in his face. 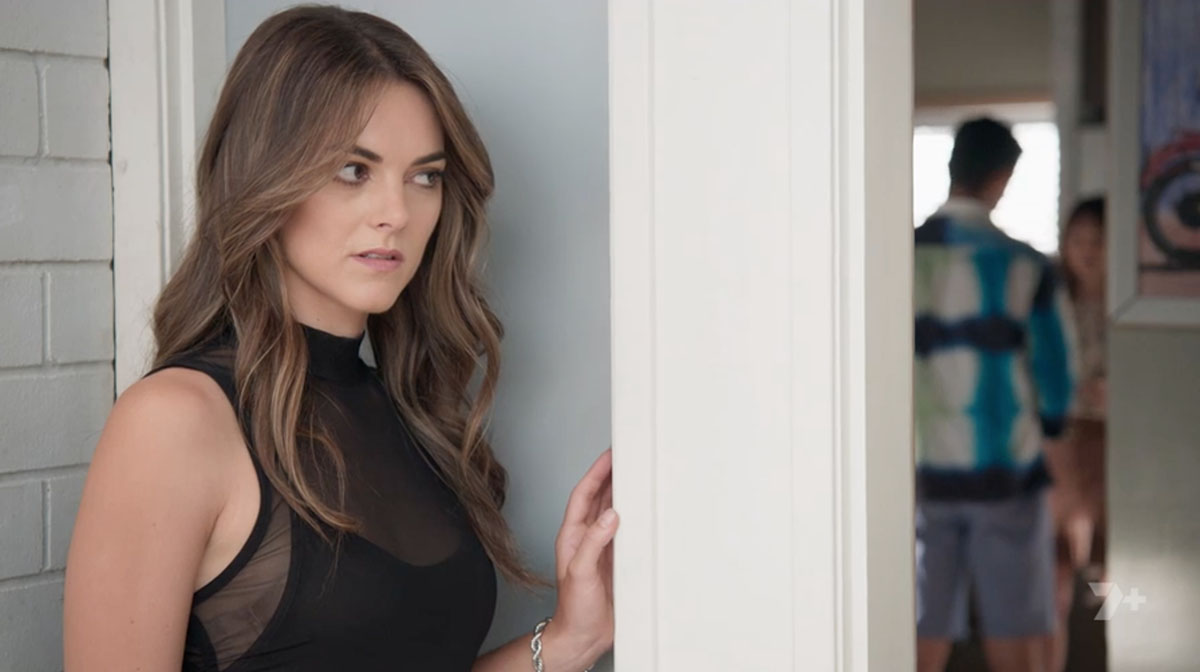 It seems like Sienna is driving a wedge between the young lovers, and is all too aware of it. Is she going to succeed in breaking them up? 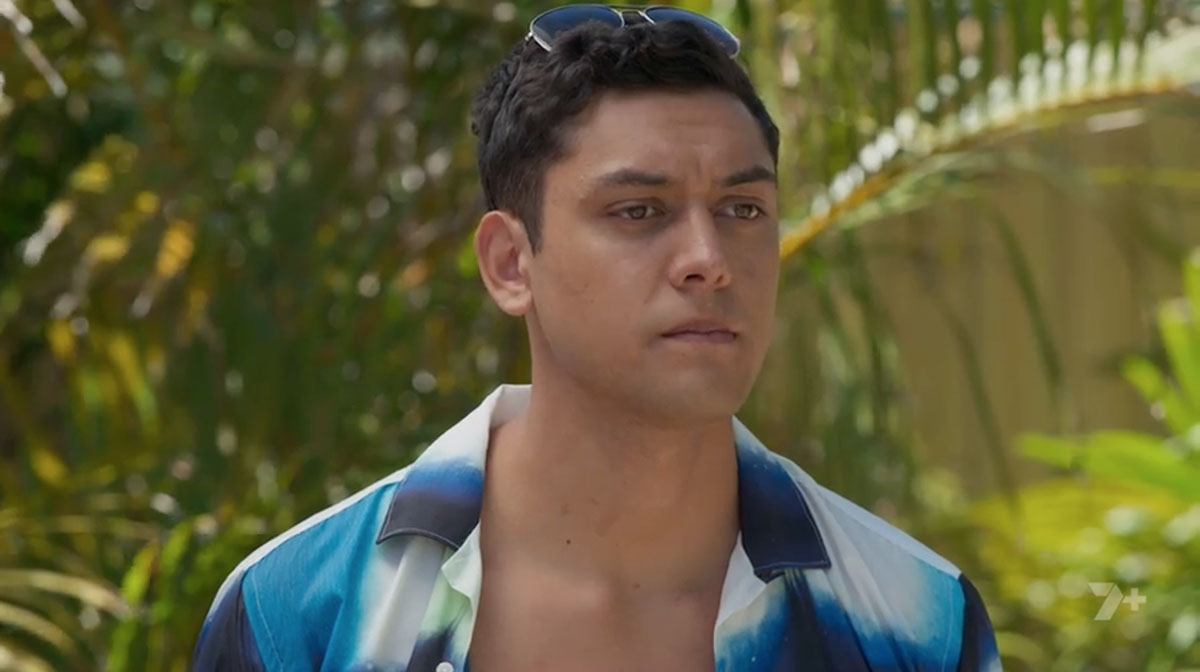 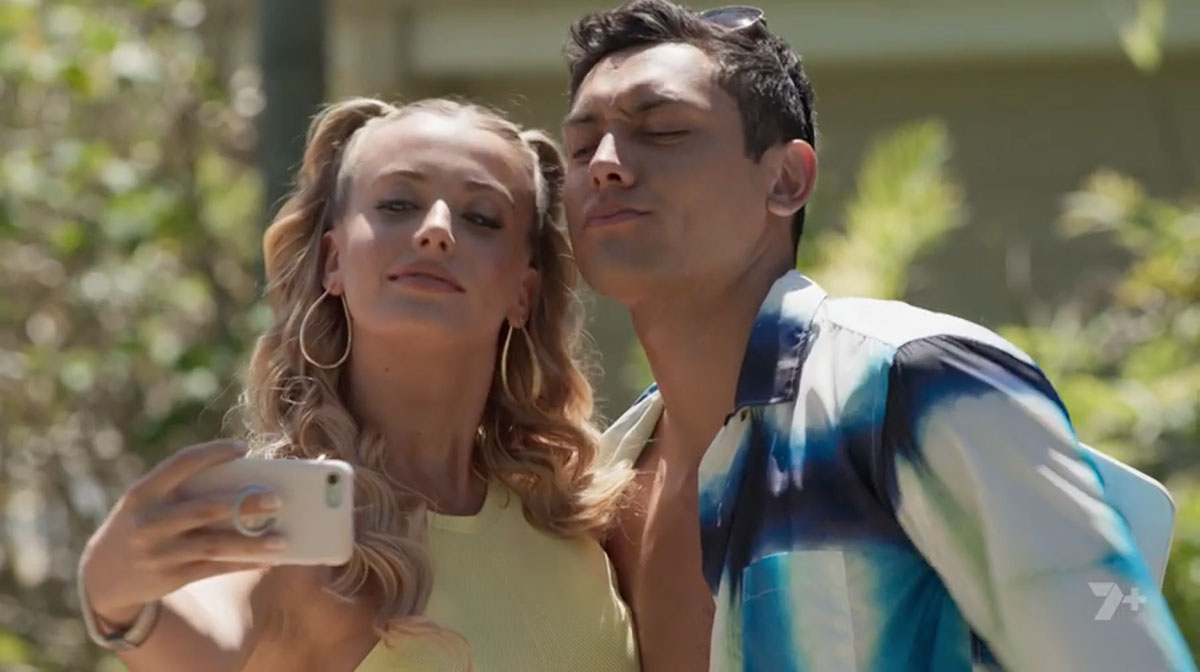 Once the party kicks off, Nikau doesn’t know how to act. He’s surrounded by glamorous strangers, influencers and models and feels incredibly uncomfortable.

After a pep talk from Sienna, he finally begins to loosen up, joining Allegra for selfies and getting to know the other up and coming models as his girlfriend watches on. 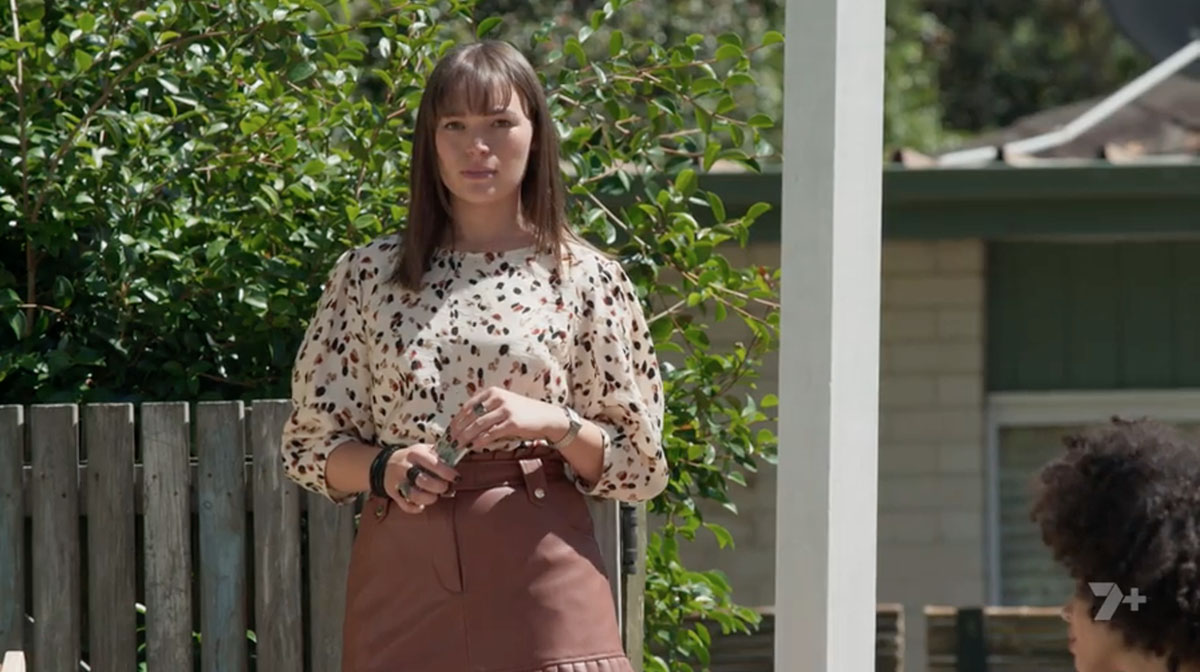 While he may be embracing the party, Bella certainly isn’t. Emmett (JR Reyne) offers to come over to keep her company, giving them the chance to work on their exhibition together. However, they don’t have much chance to plan, as Mackenzie (Emily Weir) gets in the way once more.

Mac is continuing to struggle in the aftermath of her breakup and miscarriage, and is getting through the days by inviting a revolving door of men back to her bedroom. While most are randomers, her tryst with Emmett riled Bella up the wrong way. Out of all the men in Summer Bay, Mac just had to choose the one she’s doing her internship with! 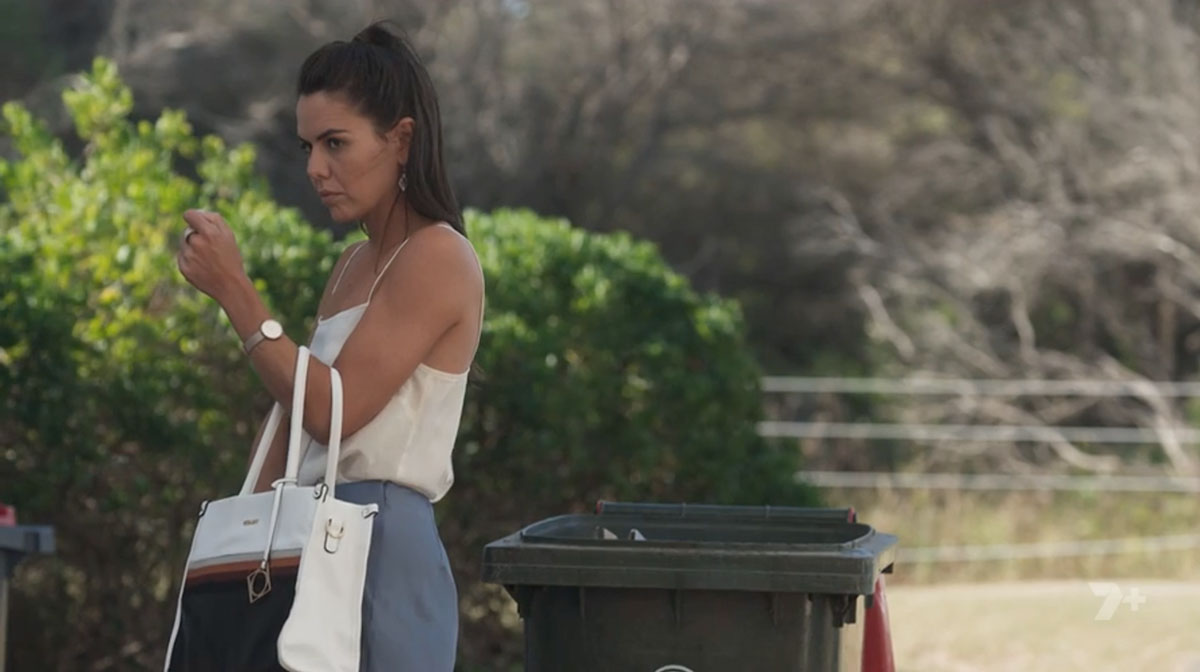 When Mackenzie overhears Ziggy and Tane discussing the model party at the Surf Club, she invites herself along. 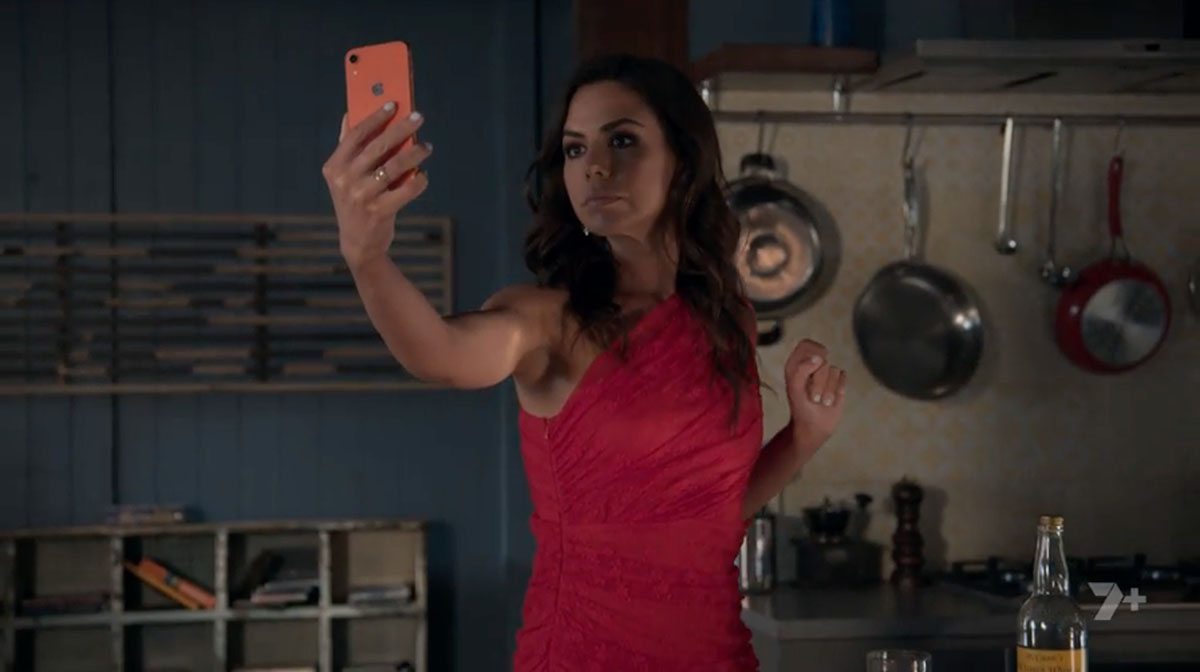 After a quick trip to the apartment to glam herself up and shoot back a few shots of tequila, she turns up at the Parata house. What could possibly go wrong? 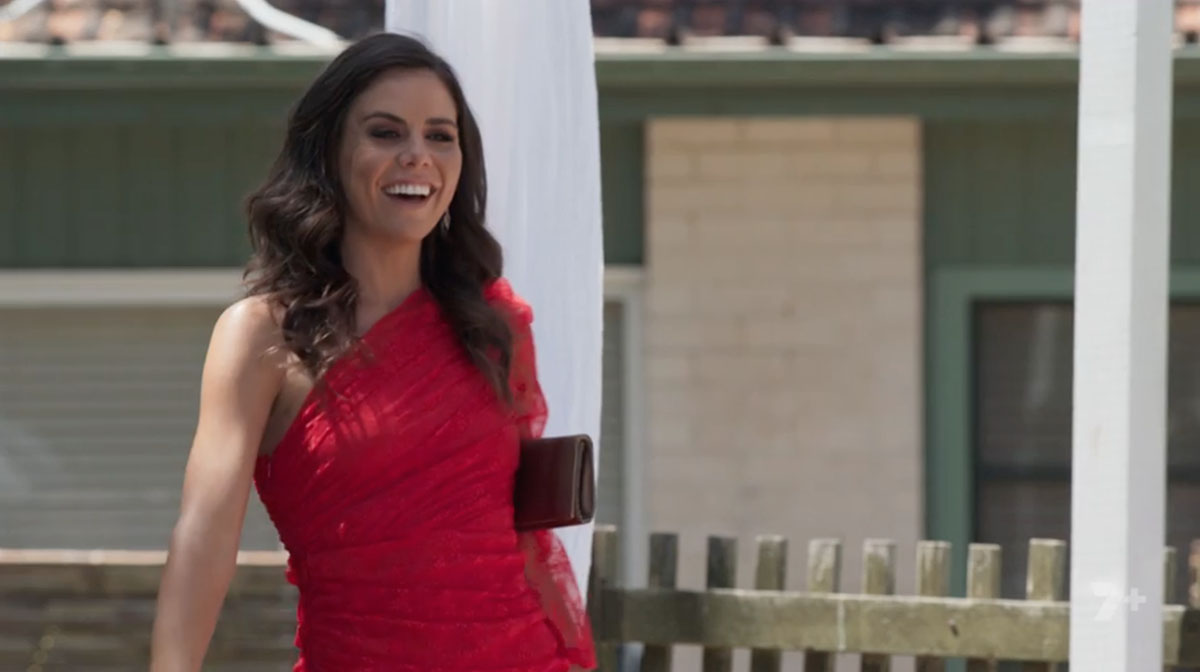 Strutting past a shocked Mia and Ari, she makes a beeline straight for Emmett, placing her arm around him. 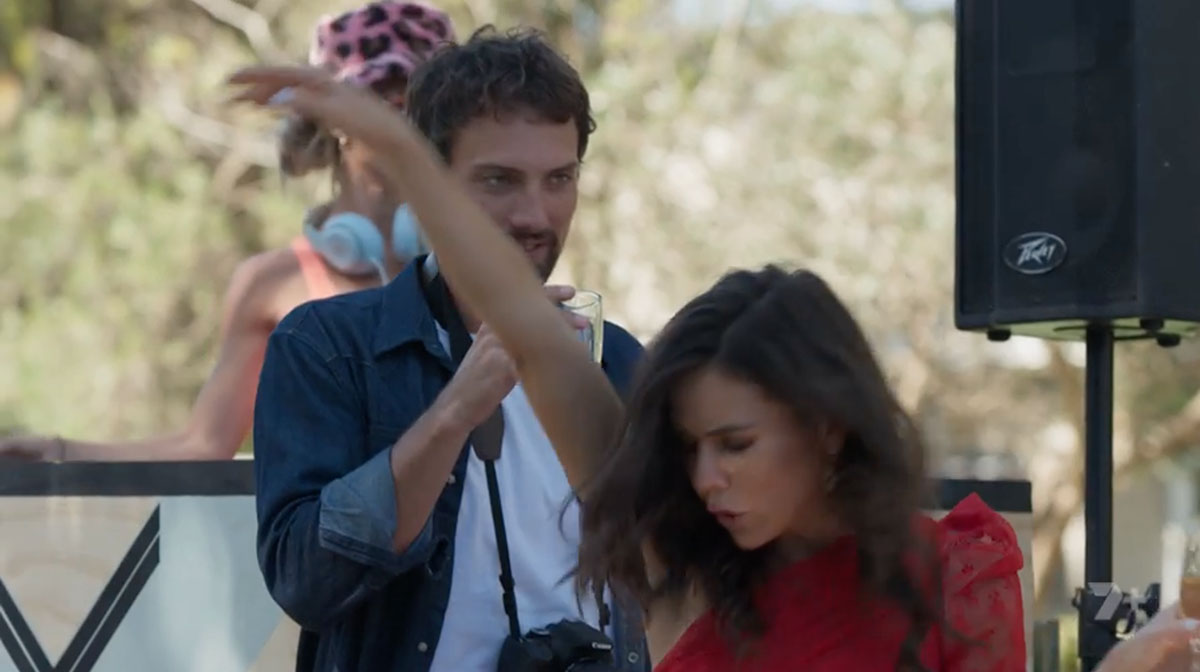 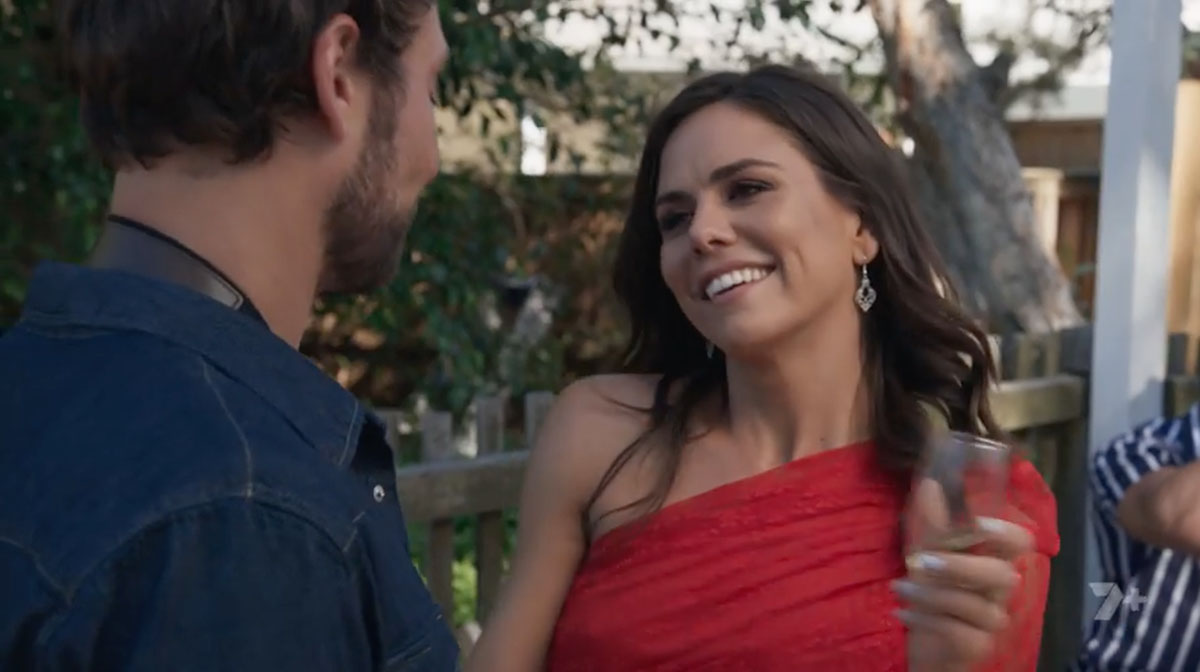 Before long, she’s making a drunken fool of herself. While she’s all over Emmett, he’s clearly lost interest as she makes it obvious she’s only there to make Ari jealous. 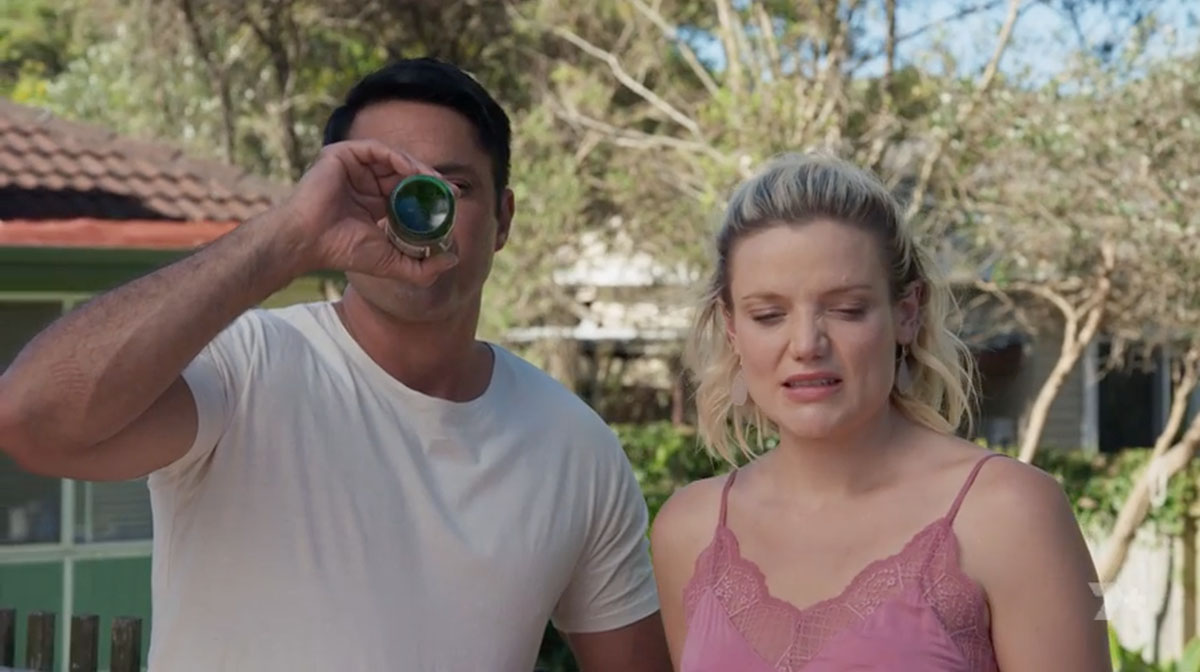 Mia does her best to cool Mac off, inviting her inside for a chat, but gets nothing but a frosty reception. After the soft touch, Ari goes for the more direct approach, grabbing Mac by the waist and carting her to one side.

He’s forced to kick her out, as the influencers and their mobiles capture the video evidence of her drunken ways. 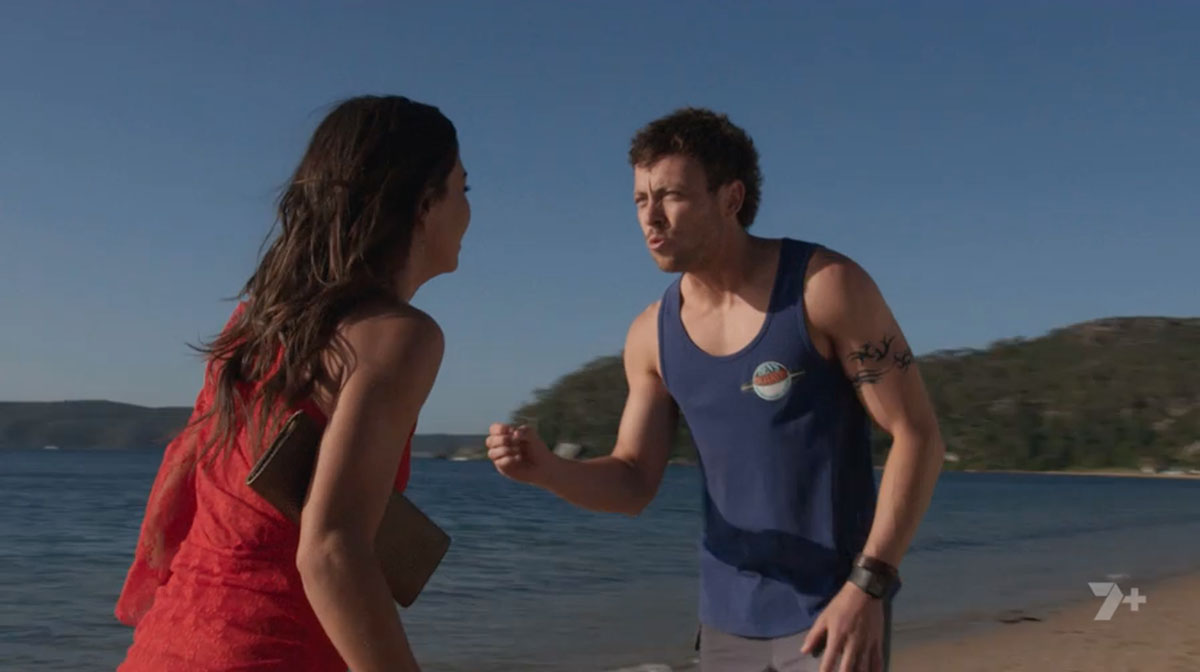 While everyone else finds her behaviour hilarious, Dean is still concerned. Following her to the beach, he tries to get her to open up. “Talk to me, I’m on your side! I will listen to you.” 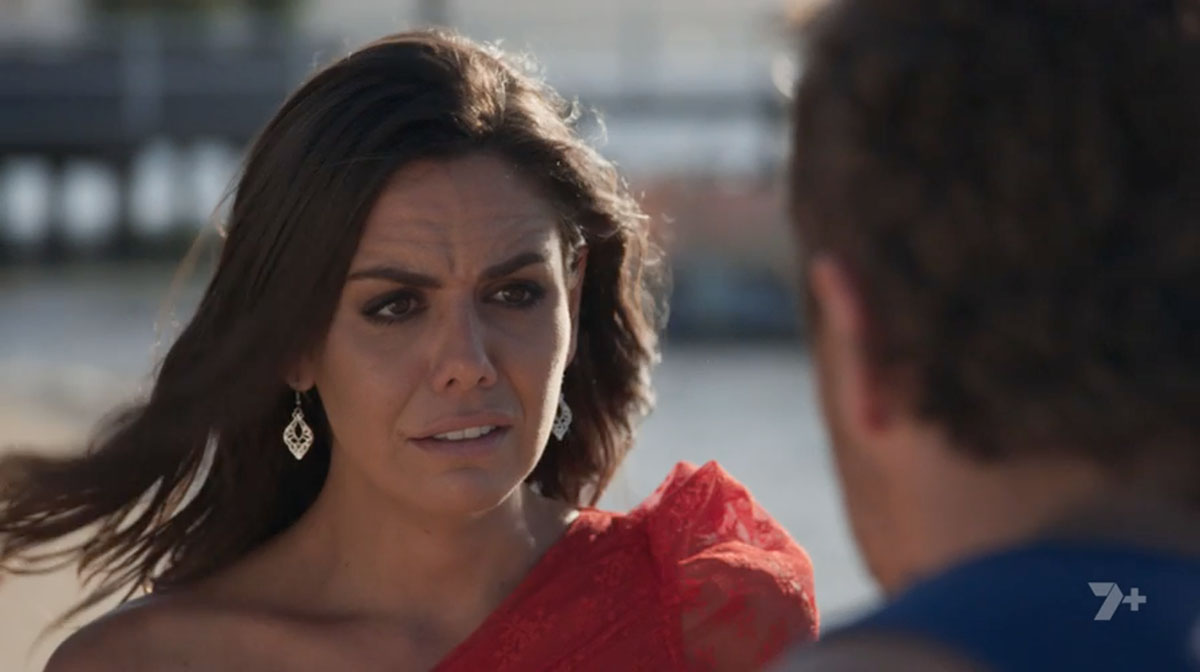 However, even the next morning, she refuses to engage with him or realise that she’s out of control.

“All I can see is everyone getting up in my face,” she retorts as Dean once again tries to convince her that she needs to open up about her breakup and miscarriage. Instead, she opens a bottle of breakfast wine, taking her seat on the sofa for a hard morning of drowning her sorrows. 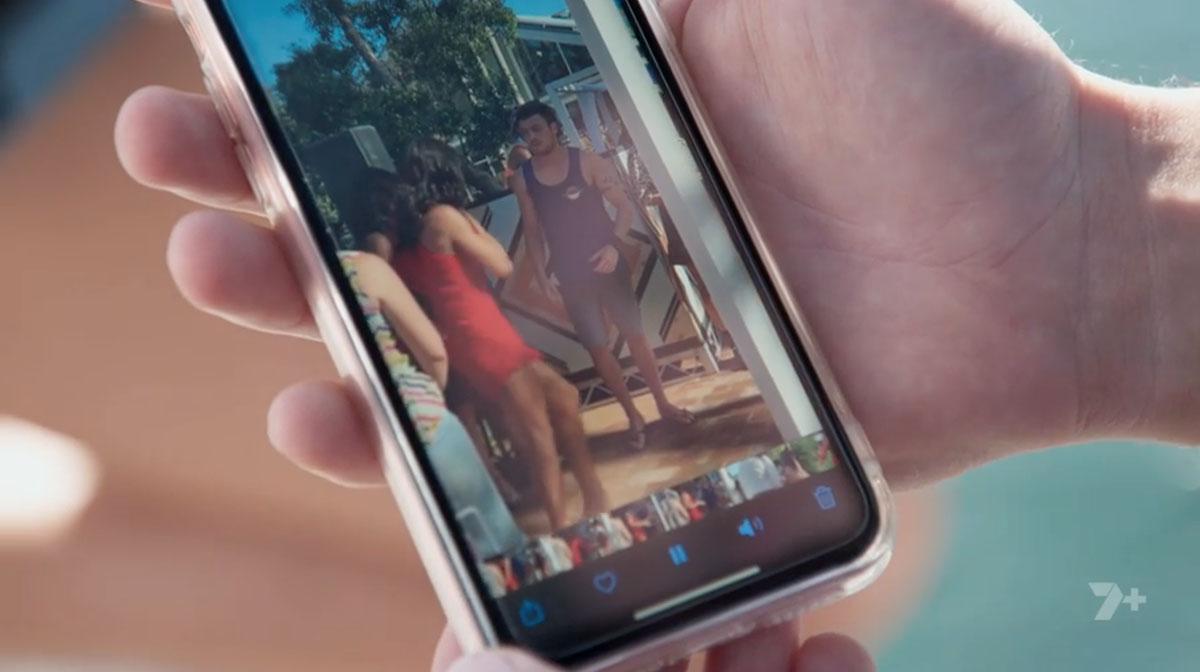 Yet later on, she comes to her senses when she realises that she’s gone viral. Half of Summer Bay – perhaps half the internet – has seen video evidence of her drunken behaviour at the party. It’s a huge wake-up call, as she tears up talking to Dean on the pier. 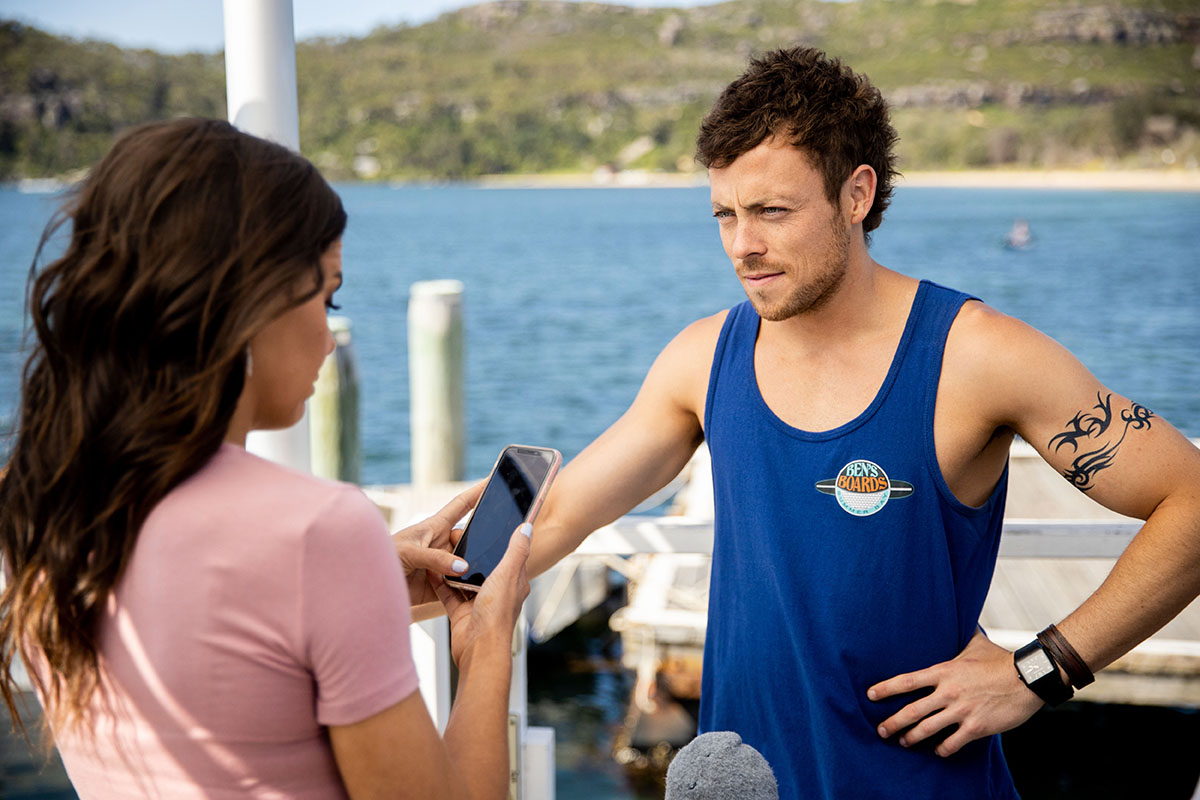 She apologises to Dean for what she said before, and finally admits that she sees what everyone is talking about. Dean assures her that he’ll be there for her, but makes it clear that things aren’t going to end up well if she keeps acting the way she is.

While it may be the wake-up call she needs, she has no idea how to sort things out. She breaks down in her brother’s arms, telling him that she doesn’t think she can be fixed.

That’s why Dean fears the worst when he wakes up the following morning to find Mackenzie and her belongings gone!

Will Mac be okay?