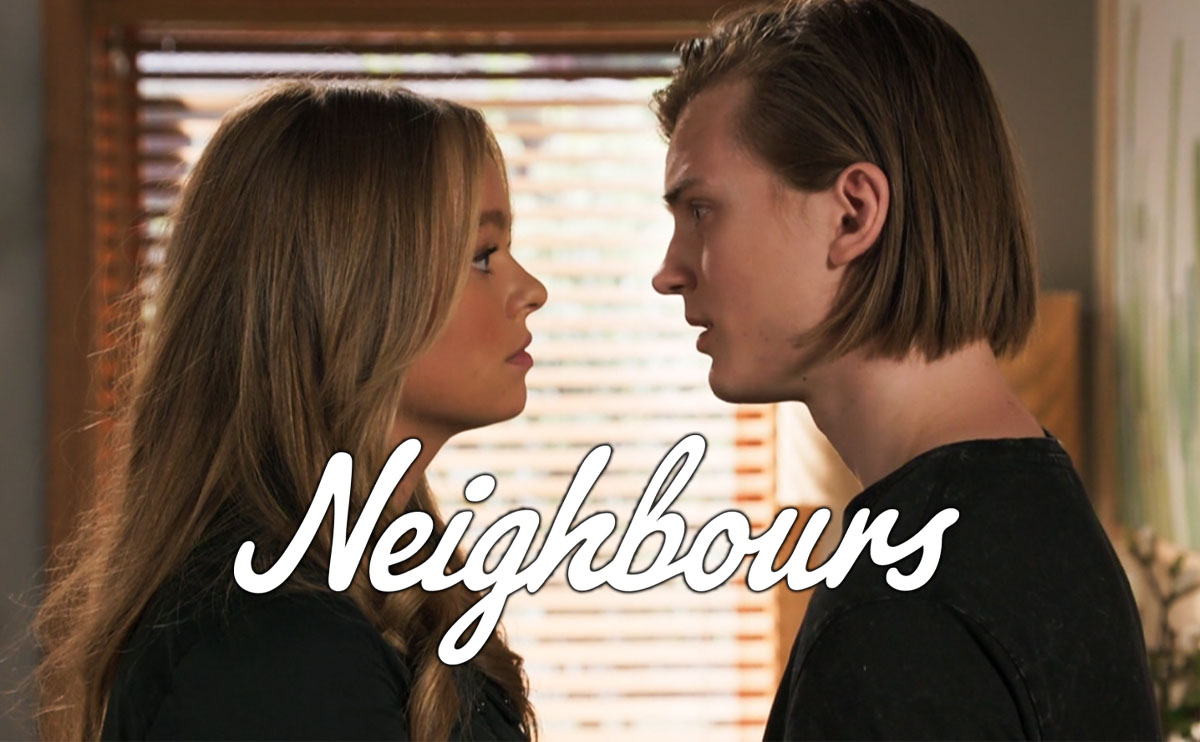 Coming up on next week’s Neighbours in the UK, Harlow struggles as Brent makes the decision to farewell Erinsborough for a new life in the army.

After spending two weeks in prison for his part in the robbery at The Hive, the relief surrounding his release has got Brent Colefax (Texas Watterston) ready to jump straight into the next phase of his life. 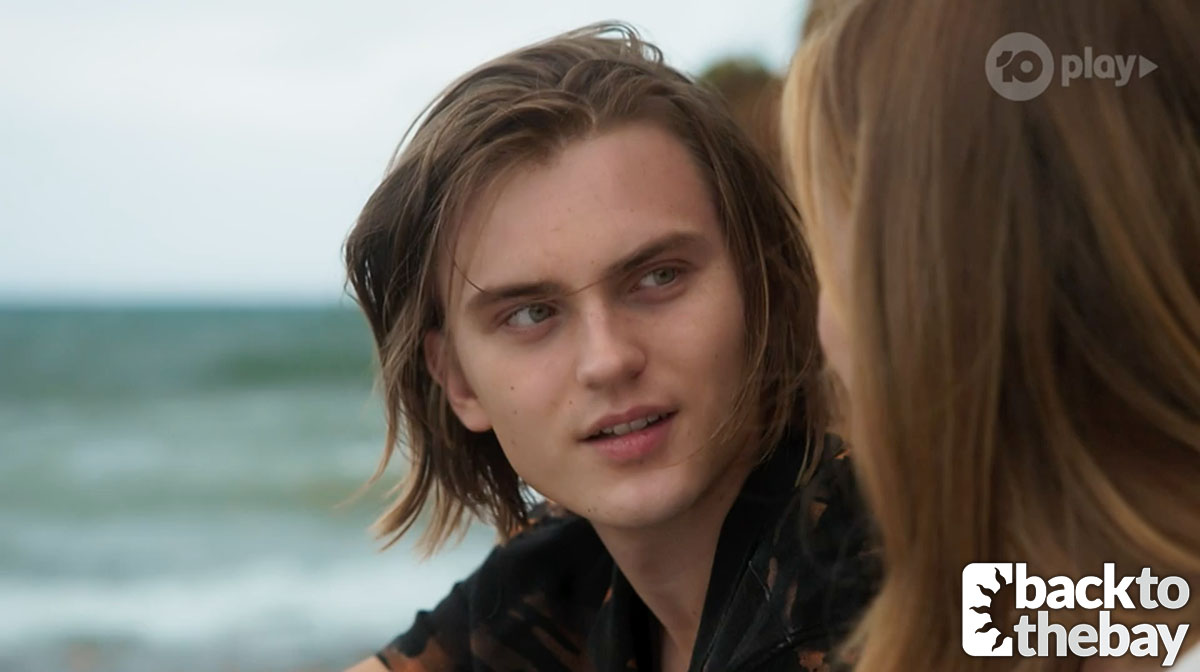 However, breaking the news to his girlfriend is harder than he thought.

Thanks to Paul’s (Stefan Dennis) meddling in order to keep the young crim away from his granddaughter Harlow (Jemma Donovan), Brent was framed as the mastermind behind multiple robberies across Erinsborough. Paul bribed Holden (Toby Derrick) to paint Brent as the ringleader of their gang in exchange for financial support, and it was that manipulative move that meant Brent was almost guaranteed a stint in prison.

Now, with Toadie (Ryan Moloney) by his side as his defence lawyer, it is time for Brent to face the music. 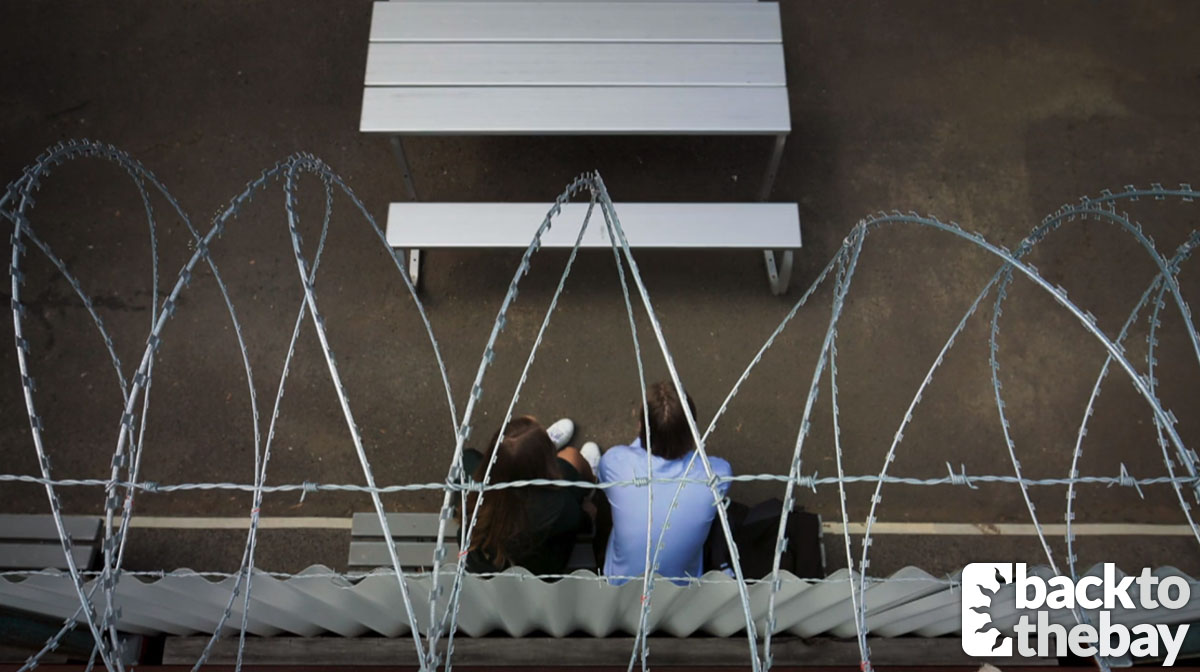 After a conversation with Harlow at the prison, Brent steels himself, ready to accept his fate. After a nervous wait, he stuns everybody – including himself – when he is released and quickly heads to Ramsay Street to deliver the good news to his girlfriend.

Harlow is elated, but it is not the end of the news. Questioning whether he was out on a good behaviour bond, Harlow expected for her boyfriend to be sticking around. When he reveals the truth, she is distraught. 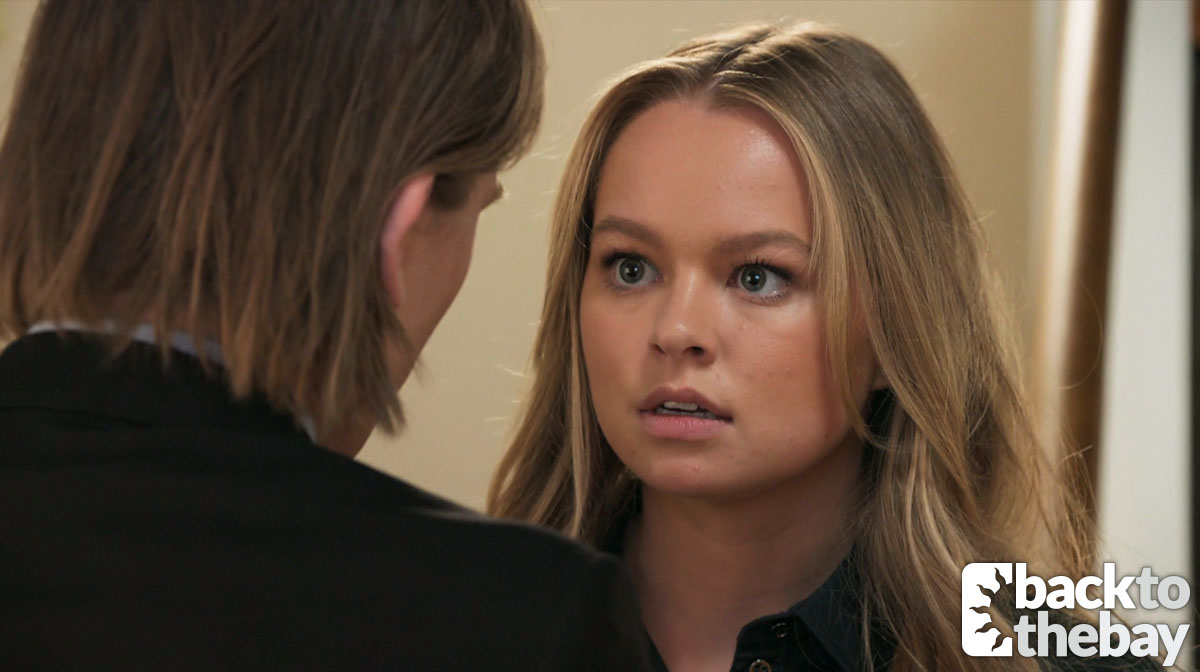 “I struck a deal with the judge. So instead of going to jail, I’m joining the army,” Brent reveals to a completely unsuspecting Harlow.

Justifying the plan, Brent explains that the idea was Curtis’s (Nathan Borg) and had been rattling around in his brain for a few days. Curtis had heard of a previous teen getting out of jail on the condition that they joined the defence force, and it was pretty much his only option to avoid years behind bars.

Eventually Brent decided to go ahead with the plan, but never actually thought the judge would agree to it.

As he elaborates, Harlow learns that not only is he moving interstate to New South Wales, but he will be away for a few years! 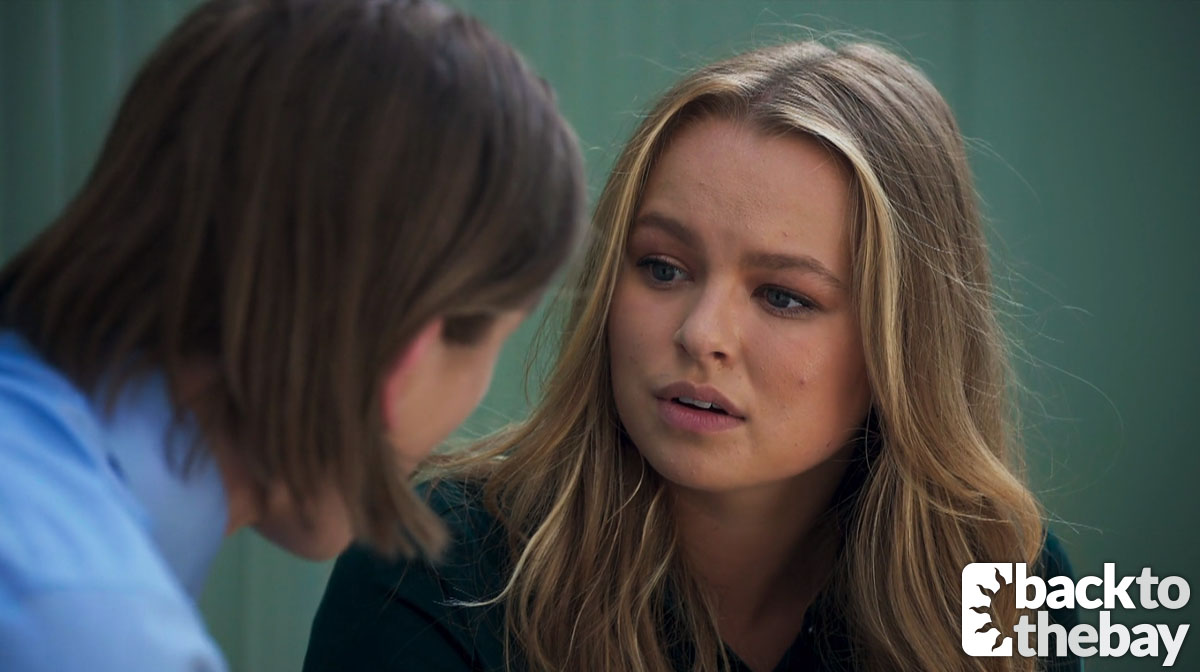 To him, it is a great move. He avoids a criminal record that could have screwed things up for him in the future, he’ll gain a qualification, it’s a win-win. “Look, this is gonna be the best for the both of us, especially you.” But Harlow doesn’t see it the same way.

When she asks him how long he has before he leaves, he gives her the bad news – “I’m booked on the train that leaves tonight. Harlow, it was part of the deal…”

“So it’s like you’re going to jail anyway!” She’s so annoyed that she orders him to get out. Are they set to leave on bad terms?

With so little time before he has to leave, Brent makes his way around Erinsborough, saying goodbye to the people he has been able to call family. 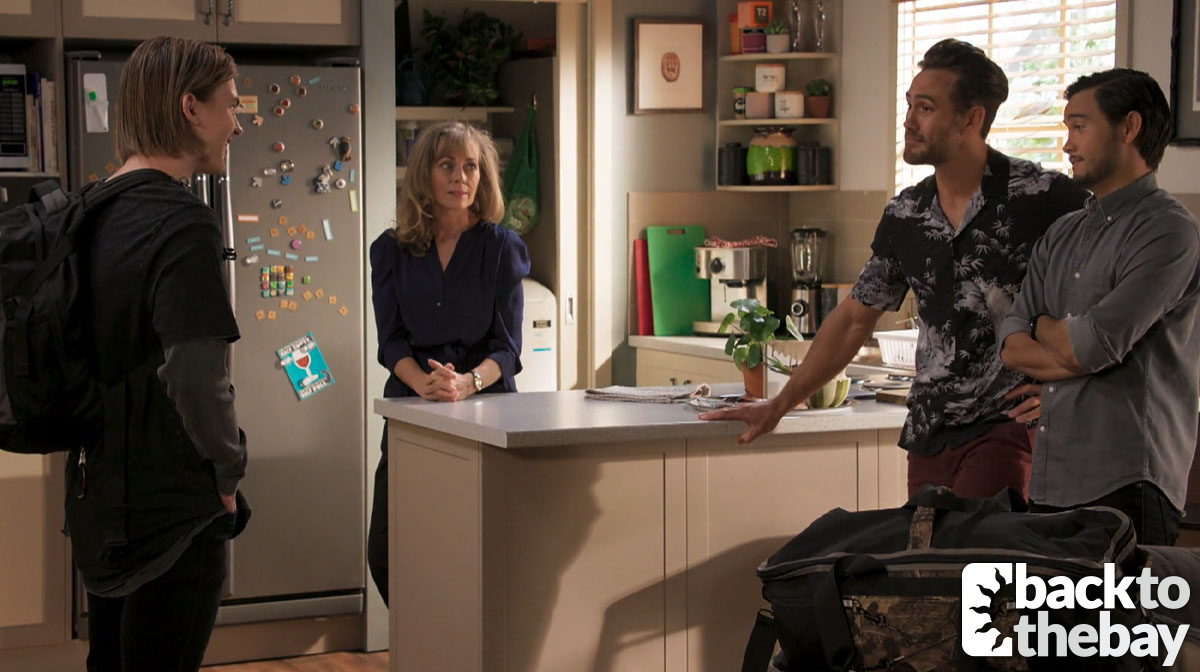 At No. 32, he gushes to Aaron (Matt Wilson) and David (Takaya Honda) about how grateful he is to them after they took him in and gave him a second chance. He read the character references they wrote for him, and was blown away by how nice they were – it’s almost like they were about someone else, he quips. He even thanks Jane (Annie Jones) for her support, and, despite everything that happened with Nicolette (Charlotte Chimes), she assures him that she only ever wanted what was best for him.

Hugging them both, Brent promises to look after himself and stay in contact. They’re only a phone call away after all.

Rushing back to No. 30 after getting a text from Harlow, he assures her that he is making the right choice. His only other option is jail, and he simply can’t deal with that. With Harlow having recovered from the initial shock, the pair discuss their future and agree that they are pressing the pause button on their relationship. It is not the end, but merely an intermission.

Brent admits that he will take the time away to grow in himself. 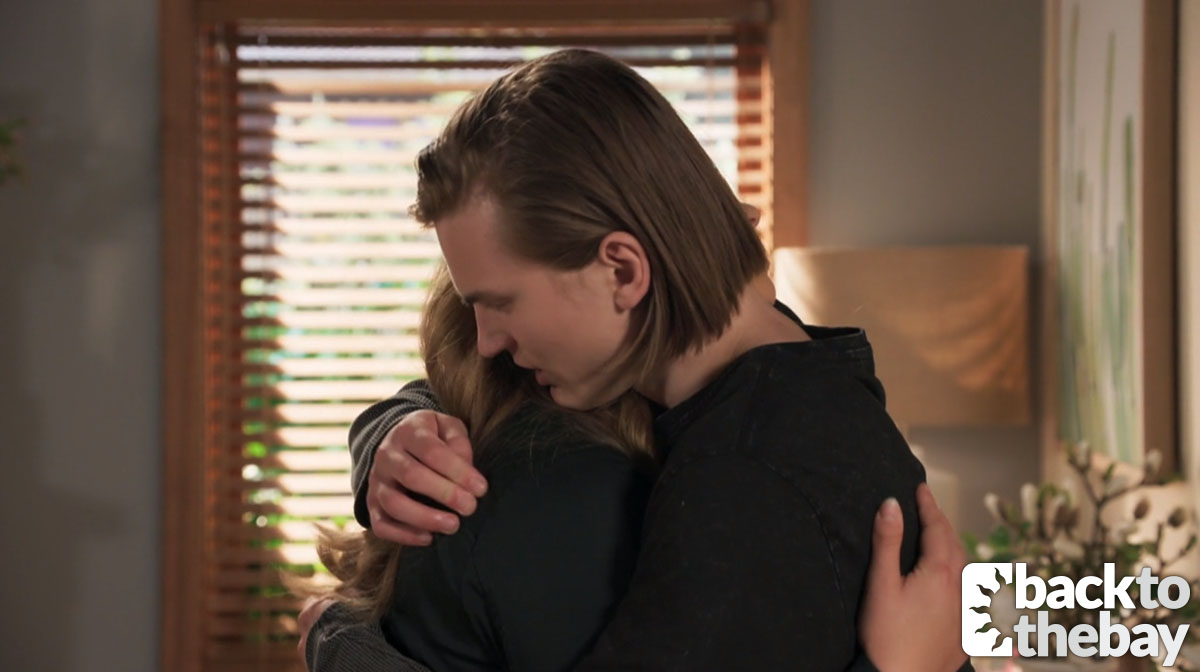 “I can be the version of me you deserve,” he says to her. Harlow assures that she deserves him as he is, but he knows he has so much growing to do and is excited to do so.

The young couple agree to stay in contact while he is away. They embrace, and it is obvious that they care deeply for one another. Plucking up the courage to say the three little words, Brent looks deeply into Harlow’s eyes.

“If things weren’t so intense now, I think I’d say I love you,” he assures Harlow.

“If things weren’t so intense, I think I’d say it right back,” she responds.

It is the moment of assurance that they both needed. A relationship so questioned, so unstable, finally justified by the mutual feelings they share. 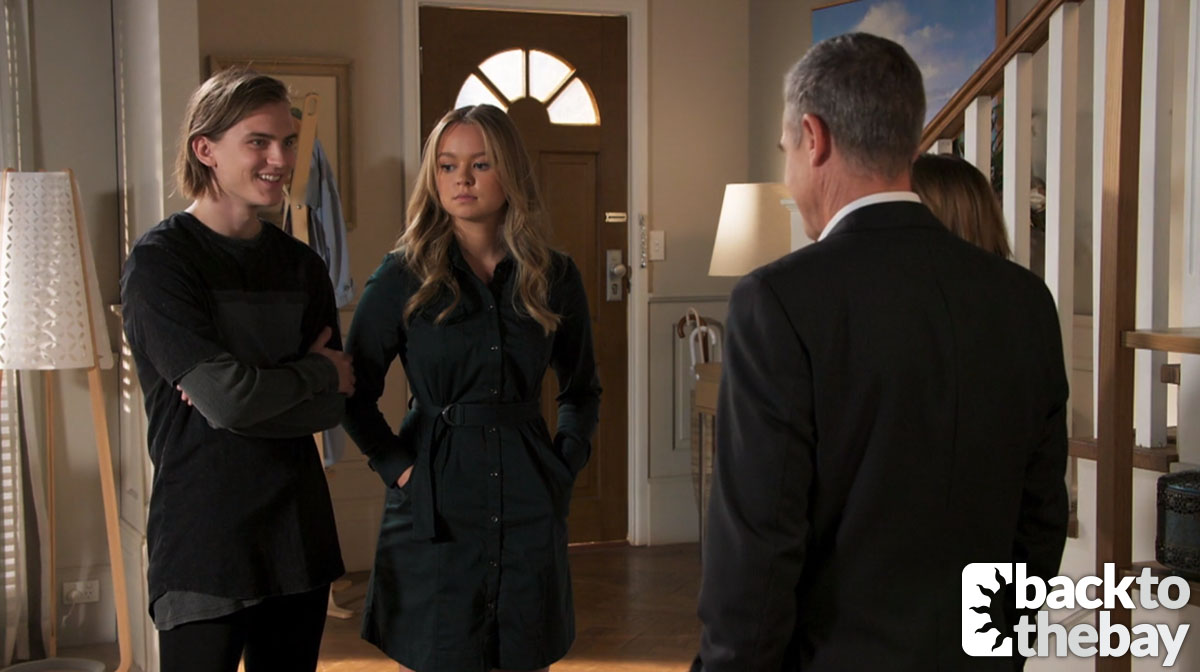 When it comes time to reveal the truth to Paul and Terese (Rebekah Elmaloglou), Brent is nothing but grateful to them both. 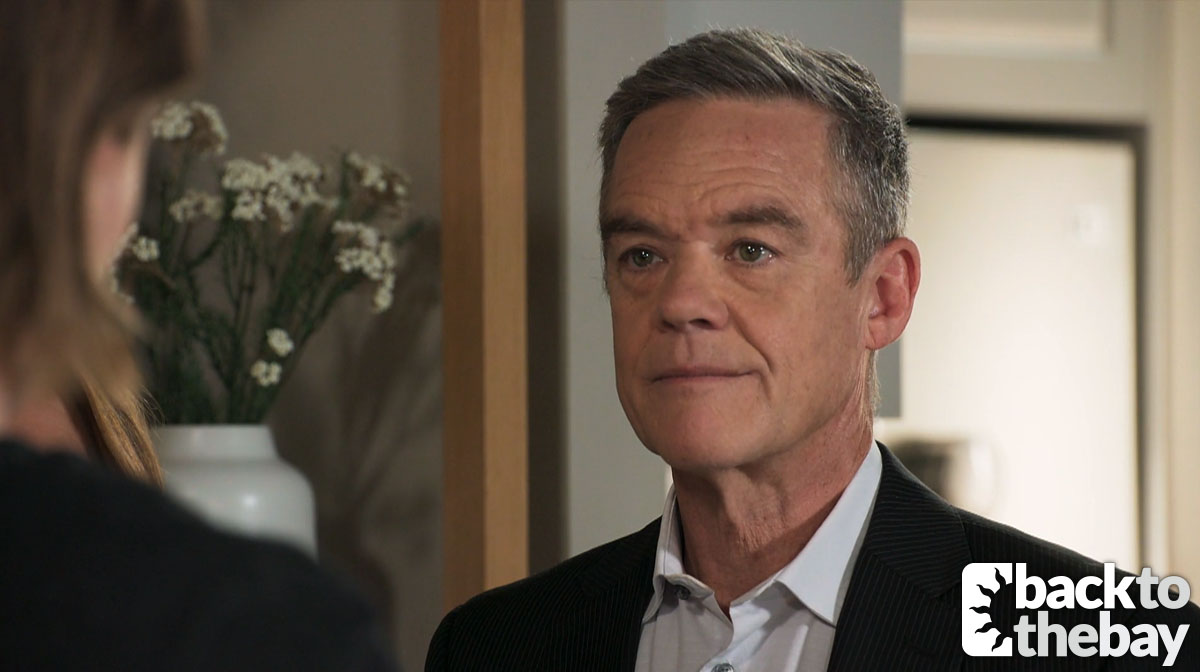 He and Paul have had a rocky connection at best, but it does not stop the young buck from thanking the savvy businessman. Taken aback, Paul cannot believe that Brent could be so forgiving.

Despite their differences, he could not have afforded a lawyer without him, and he would probably be in jail.

The pair shake hands, finally a sign of a truce between the ever feuding pair. Of course, Brent and Harlow are oblivious to the fact that it was Paul’s scheming which resulted in Holden’s false confession, and the look from Terese says it all.

Back at No. 30, Brent helps Harlow pack her bags, as she readies herself to move back home to No. 22 to be with her grandparents. While she’s happy to be moving home, she still can’t get over saying goodbye to the man she loves. 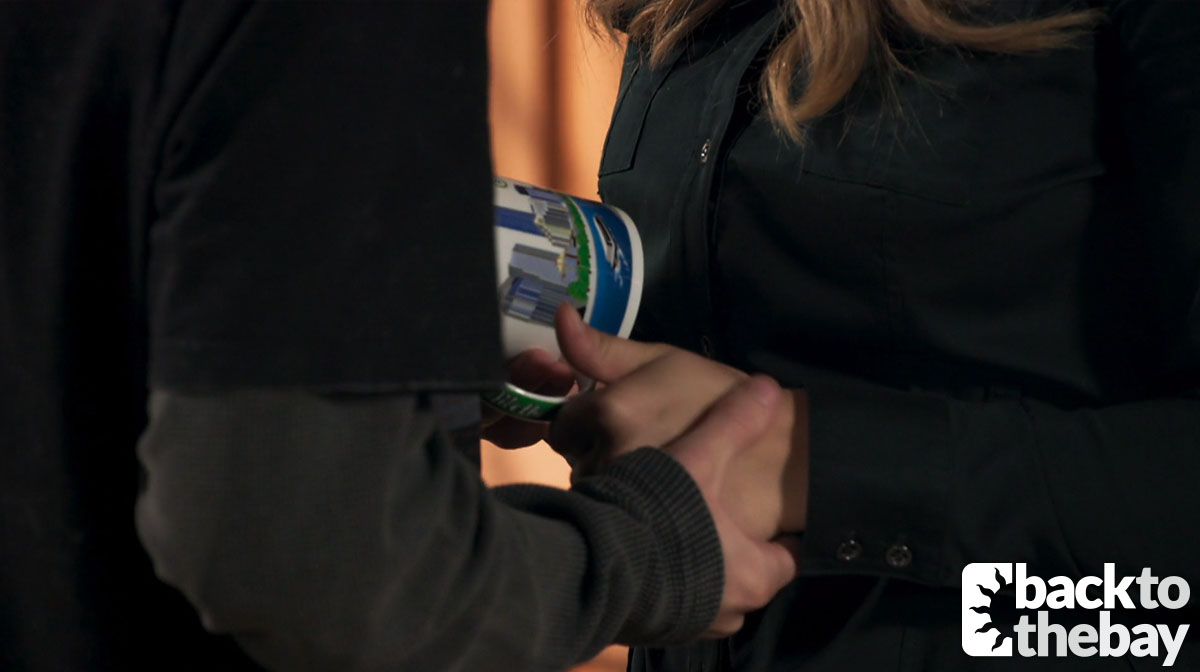 He gives her a mug that is decorated with the Melbourne skyline, to match the one she brought him from London. “So you don’t forget who I am.”

“I could never forget you.”

Receiving a text about his Uber, Brent kisses her goodbye and heads off.

Back at No. 22, Harlow enters, tears flowing, heart breaking. 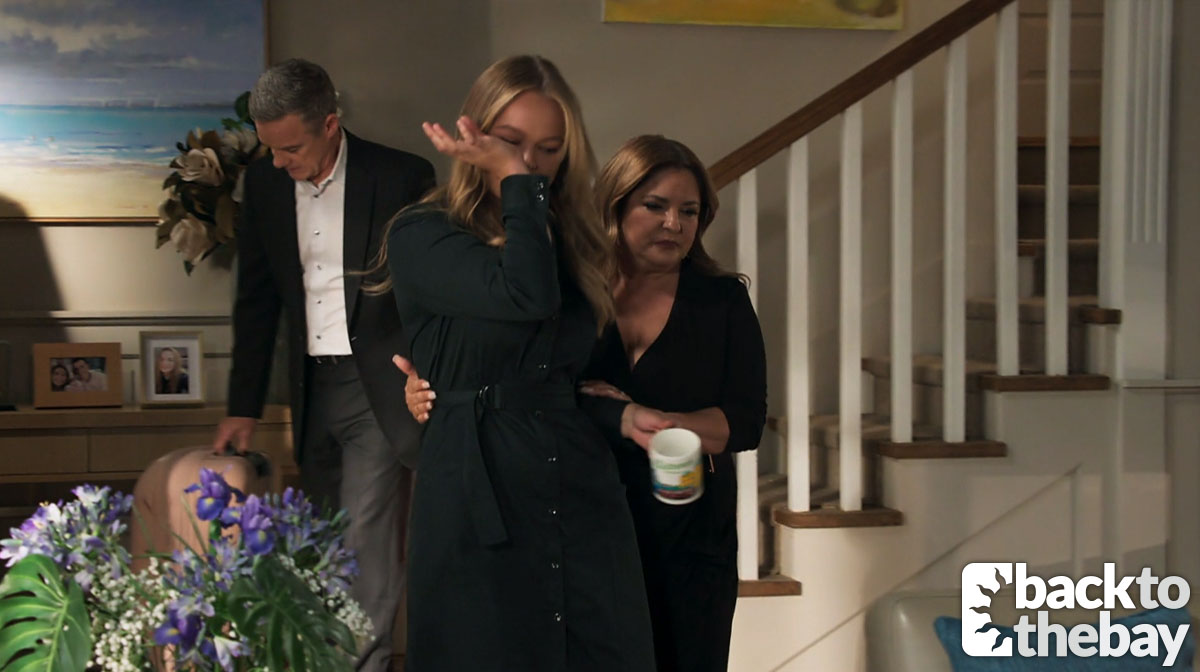 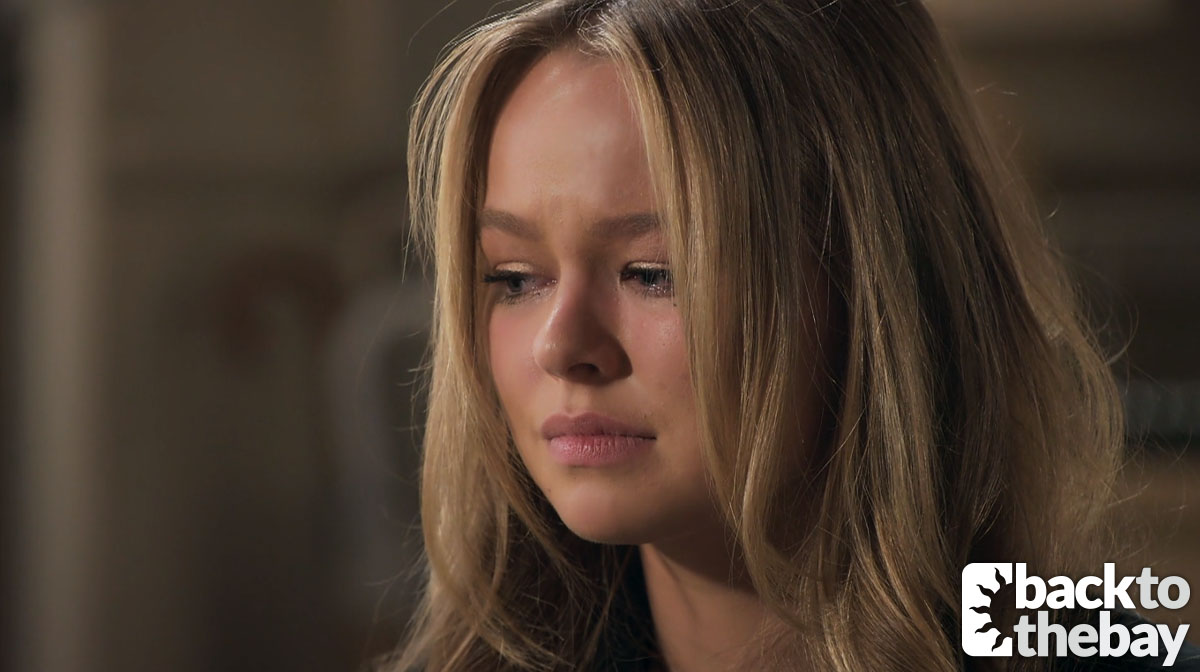 Nicolette is thrilled to open a refurbished Harold’s Cafe, but Yashvi is privately struggling with her mother’s legacy looking so different.

After offering a friendly ear, Sheila #2 suggests Bea might be in a ‘rehab’ relationship with Levi.

Ned and Terese are furious over Paul’s visit to Holden and force him to undo their deal.

Ned and Sheila #2 think that by keeping a focus on work, they will forget their feelings towards each other.

Levi’s romantic gesture piques Bea’s guilt, preventing her from instigating the serious conversation she needs to have about their relationship.

Determined to prove she is the right person for the job, Roxy throws everything into the volleyball tournament.

Ned buries his feelings for Sheila #2 and clings to his love for Yashvi.

Roxy hopes she has done enough to land her dream job, but the rug is pulled from under her when she finds another Ramsay Street legend is also in the running for the role.

Roxy is furious to find Amy has beaten her for the job and demands answers from Terese.

Toadie confides in Karl and Susan about his uncertainty over how things will progress with Melanie once they go public.

An upset Roxy goes to Chloe for answers, but Chloe suggests that she should view her new boss as a mentor.

Harlow is devastated to learn Brent is joining the army, with the young couple sharing a final heartbreaking goodbye.

When Amy keeps claiming credit for Roxy’s great work at the Flamingo Bar, Roxy is furious and decides to play dirty to sabotage Amy’s bid to remain in charge.

Toadie and Melanie are furious after being dumped from the Carmelo case, believing a scorned Angela is to blame.