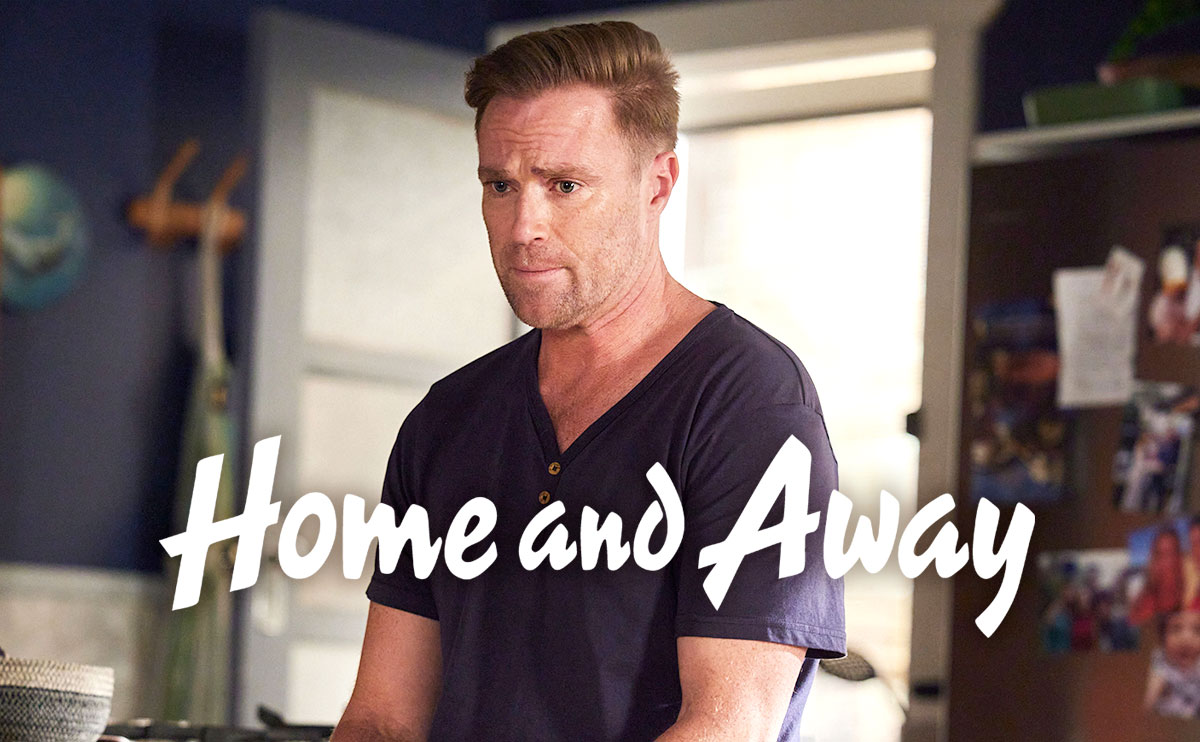 On next week’s Home and Away in the UK, Christian begins to remember what happened while he was unconscious, but Tori is convinced it doesn’t make medical sense. Meanwhile, Mackenzie rebounds in the worst way possible as she makes a move on Tane. 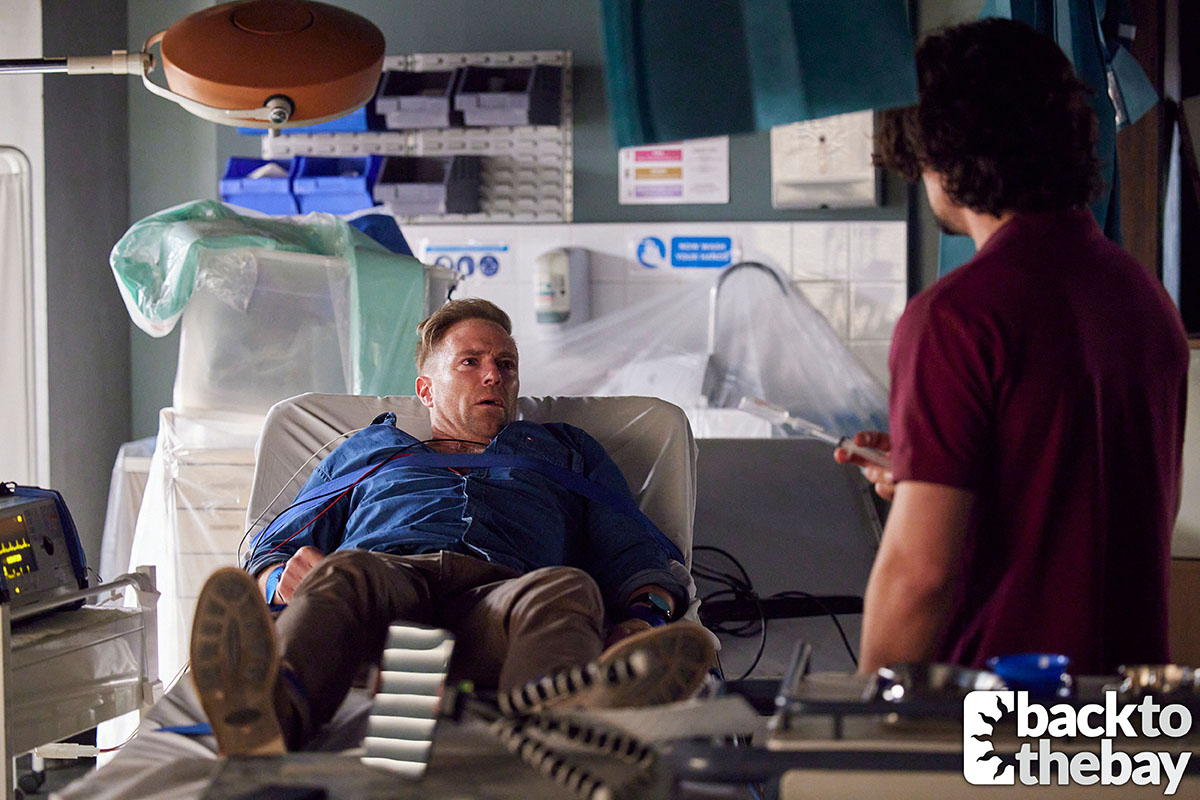 Christian is recovering well from his near death experience. Despite almost dying at the hands of Lewis, he’s in a great mood and doesn’t seem to have been too traumatised by what went down in the abandoned ward at Northern Districts.

Tori is in a completely different headspace. She’s angry, upset, and directing much of her emotion at Jasmine. She can’t believe that Jasmine was too naive to see that her own boyfriend was responsible for the deaths of numerous patients. 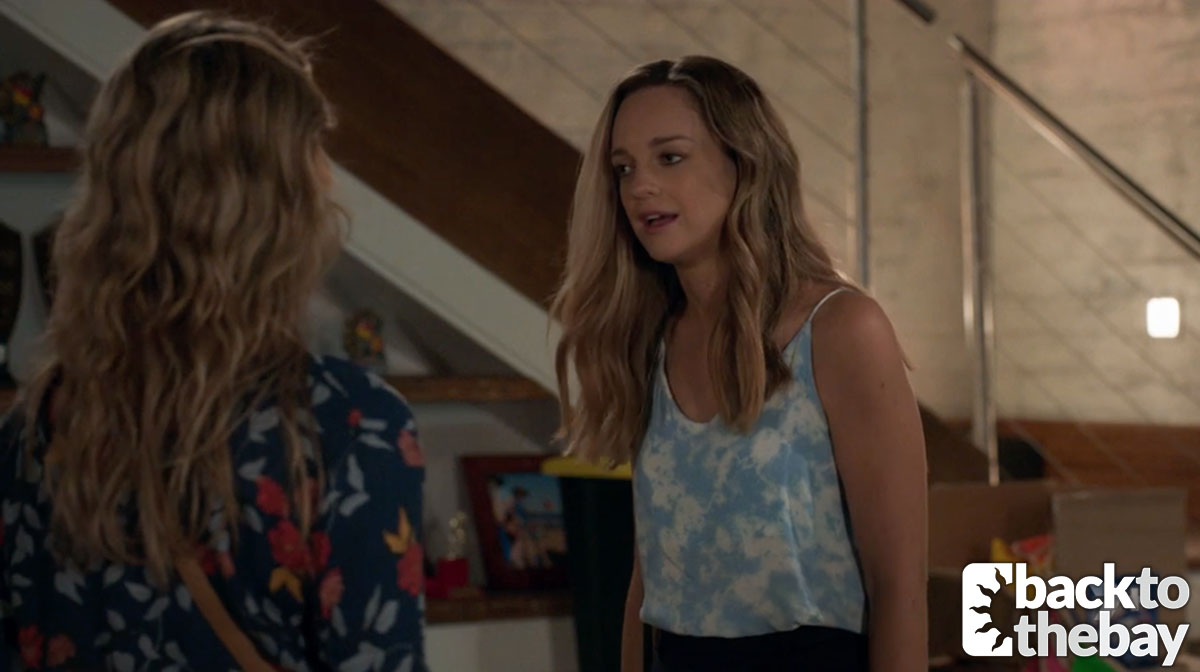 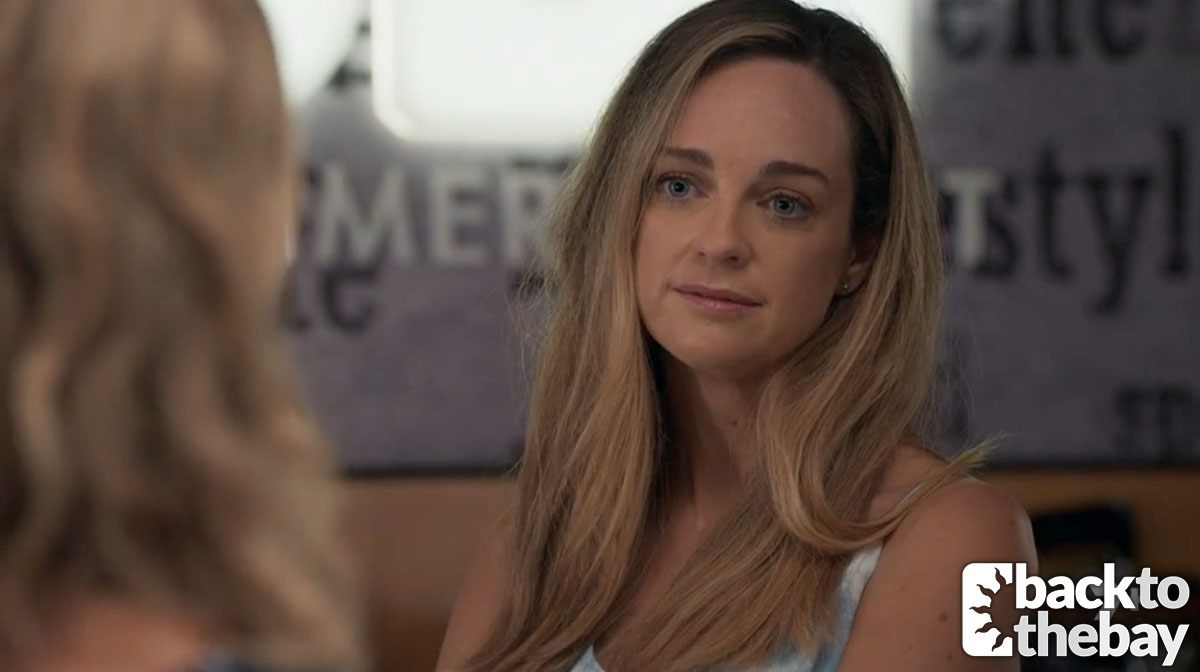 At the end of last week, she took her anger out on Jasmine in a confrontation at the gym. Tori had been avoiding her since the incident at the hospital, but Jasmine really wanted to repair the rift and went out of her way to catch up with her. However, their first encounter didn’t go the way she hoped. 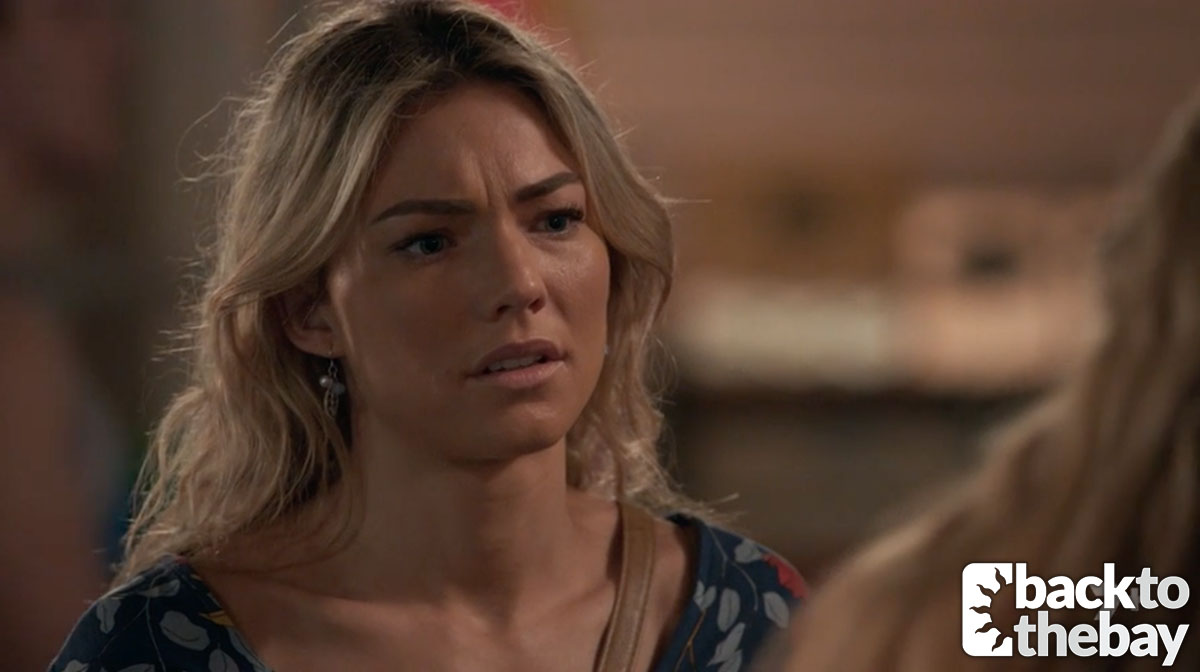 “Lewis is psychotic,” Tori snapped at her. “How could you have missed that? You knew the history between him and Christian and still you went to bat for him, over and over.”

Jasmine defended herself, pointing out that she was the one who rang the alarm bell as soon as she realised something was wrong. She knows Tori is being unfair on her and isn’t afraid to tell her. “Well too little, too late,” retorted Tori, unable to see sense.

What pushed her over the edge was Jasmine’s attempts to defend Lewis, explaining that it was his grief that caused him to act the way he did. Tori couldn’t believe that Jasmine would use grief as a way to defend his murderous actions, and thinks Jasmine is only making excuses to defend Lewis because they were dating. 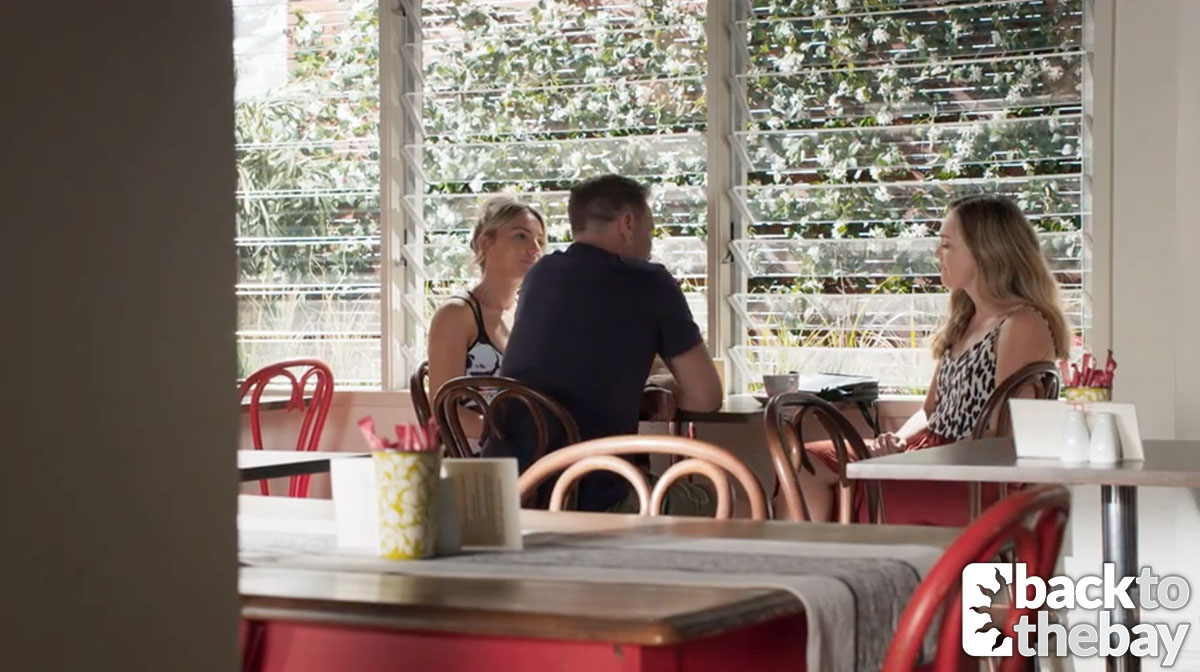 Christian, meanwhile, doesn’t blame Jasmine – in fact, he knows she helped save his life – and he’s determined not to let Lewis’s actions destroy her and Tori’s relationship. Next week, he organises for the three of them to have coffee together, acting as a peace keeper as he explains that they would have all acted differently if they’d known the truth about Lewis.

They all confess that they did stuff they’re not proud of – Christian hit the guy, Jasmine might have spotted the signs if she wasn’t so focussed on a happy ending, and even Tori even accepts that she fell for his lies when she began to doubt Christian’s integrity as a surgeon. They all missed the signs and fell into Lewis’s trap. 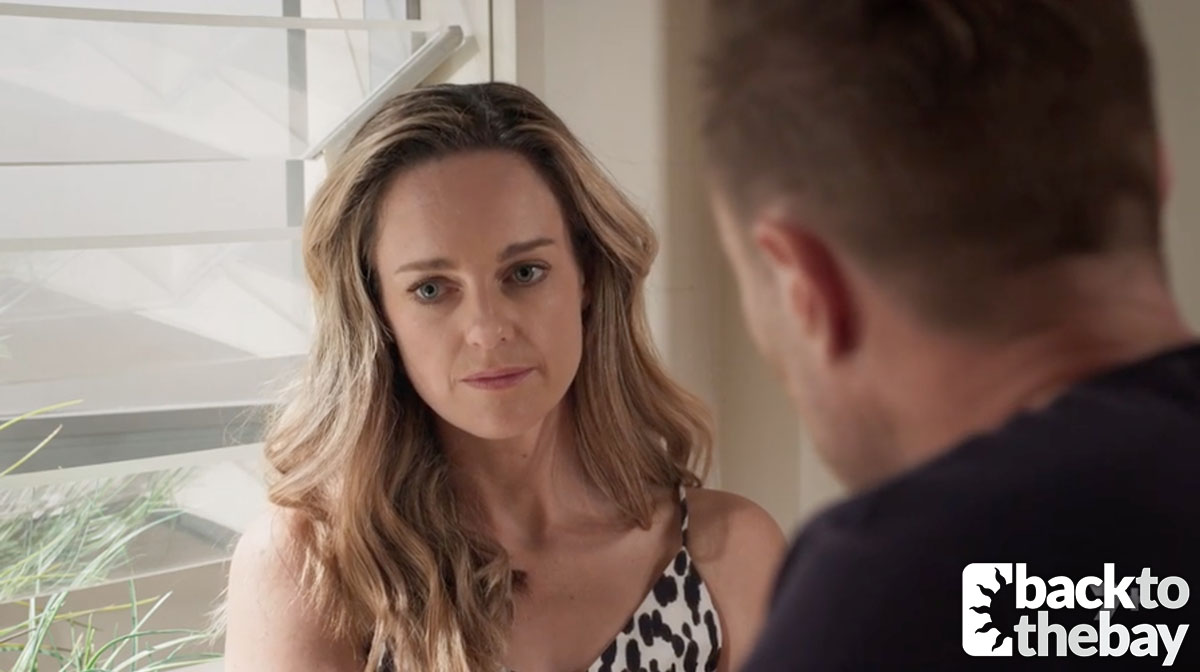 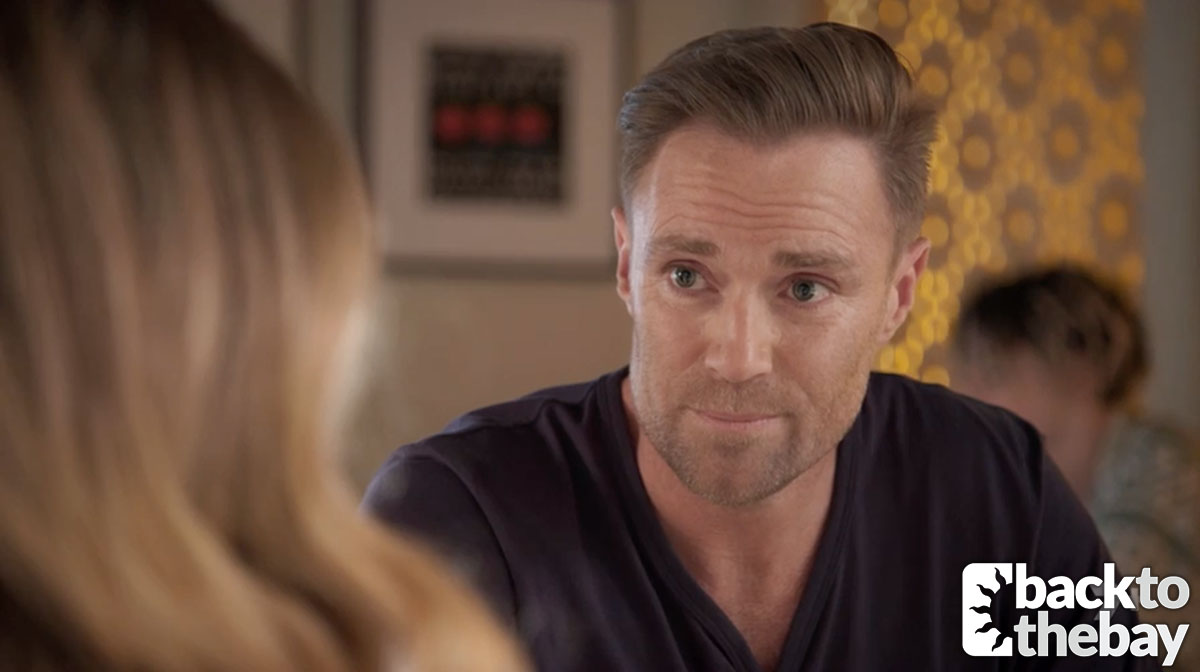 While Tori may be able to forgive Jasmine, she still doesn’t understand why Christian doesn’t blame Lewis, to the point where he wants to see him get psychiatric care rather than end up behind bars.

She feels he should be showing more of an emotional response. He’s in high spirits, and while he admits that he has his off moments and the occasional struggle, for the most part he’s doing just fine. Yet Tori doesn’t understand it at all – “how is that okay? You almost died!” 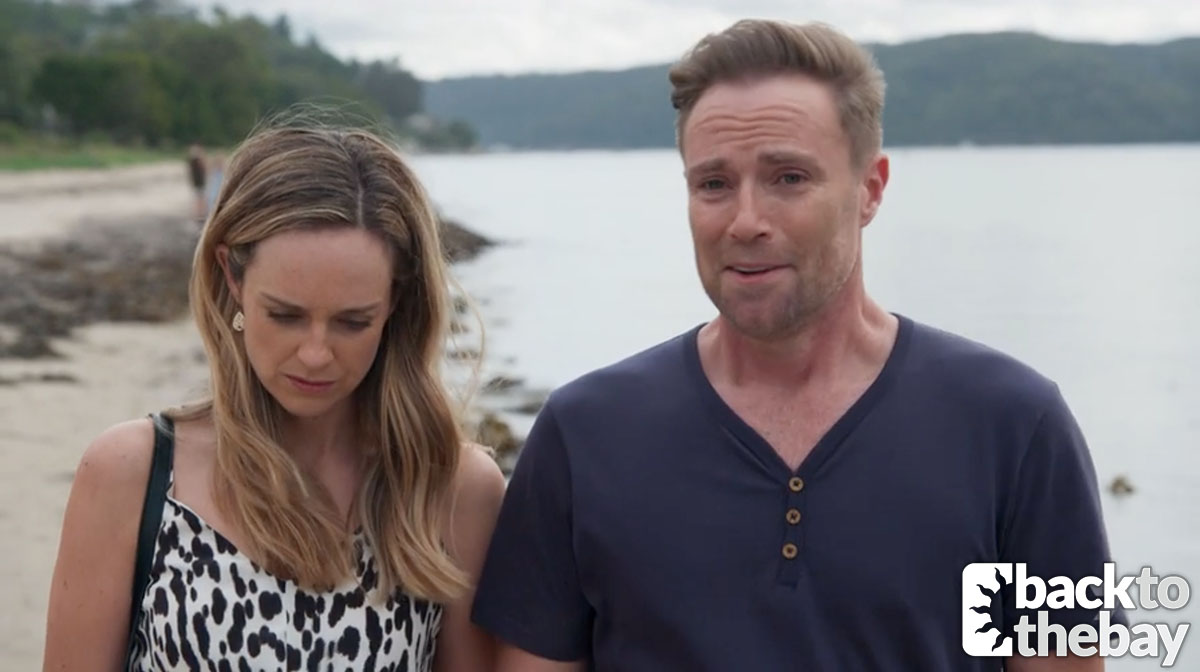 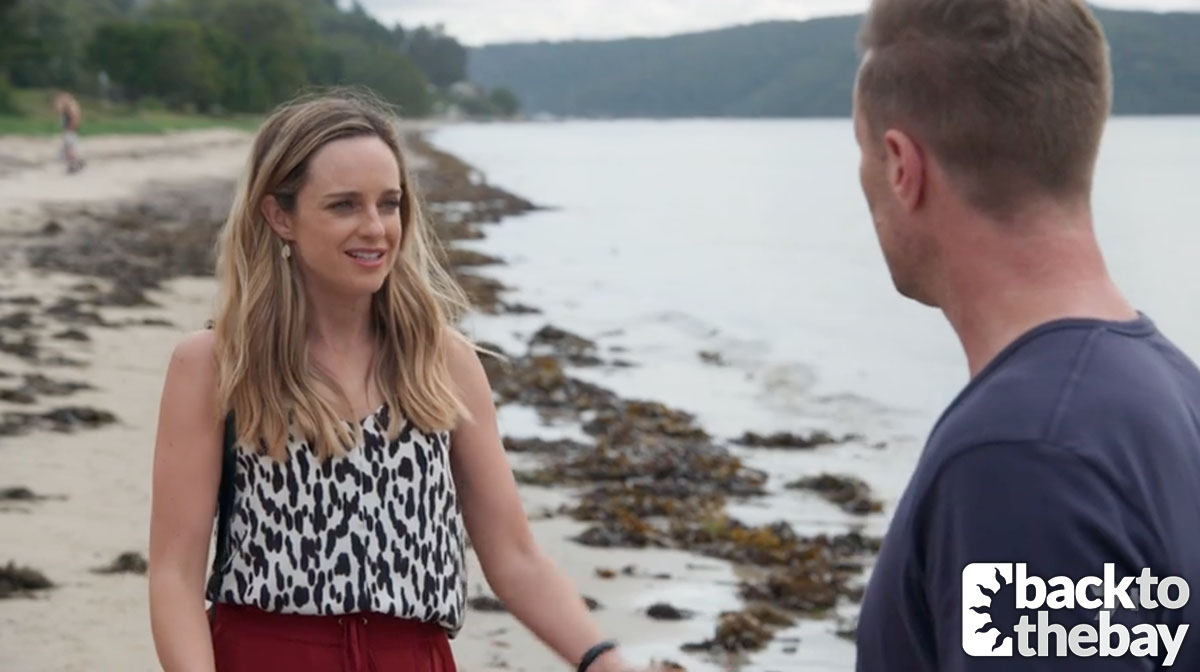 “But I didn’t Tori, and I’m trying to hold onto that,” Christian explains next week. “Lewis is gone, so let’s just concentrate on the here and now.” 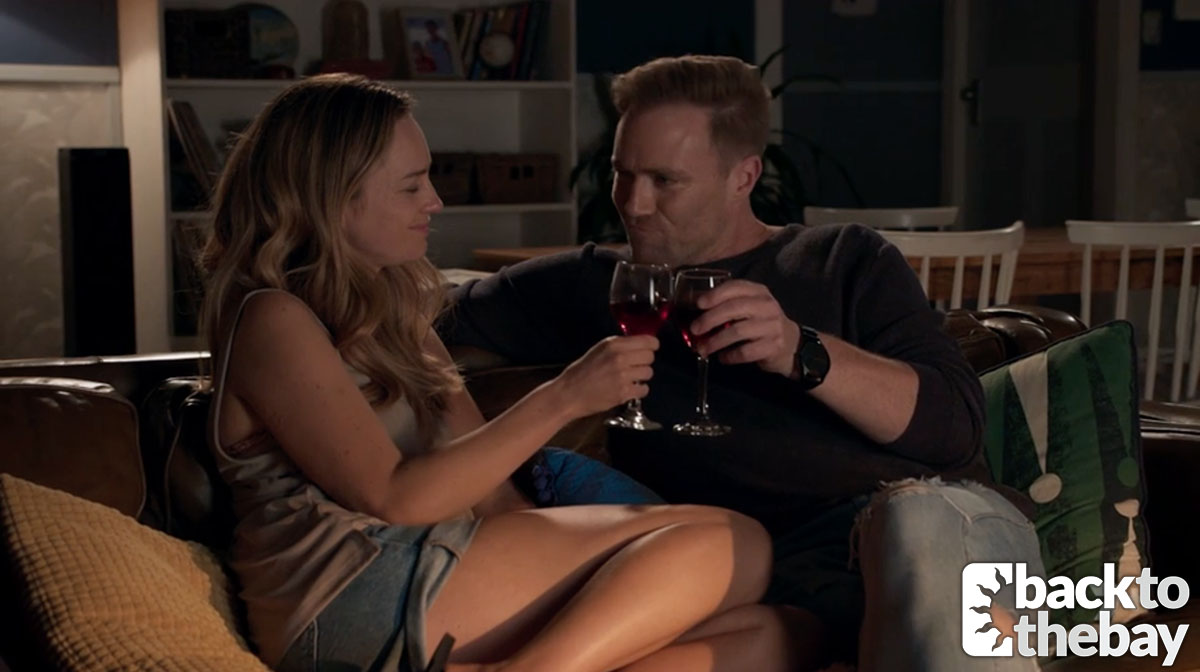 In fact, he’s in such a good head space that he makes a huge decision. “I don’t want to wait any more,” he explains to Tori, as he tells her he wants to bring their wedding forward and set a date.

Tori is overjoyed – finally, some good news. “What are you thinking, 3 or 4 months when the weather’s best?”

Being so close to death has definitely sped things up. Within the day, and despite Tori’s pleas for him to keep things silent until they have a date booked in, half of the bay knows their wedding plans. 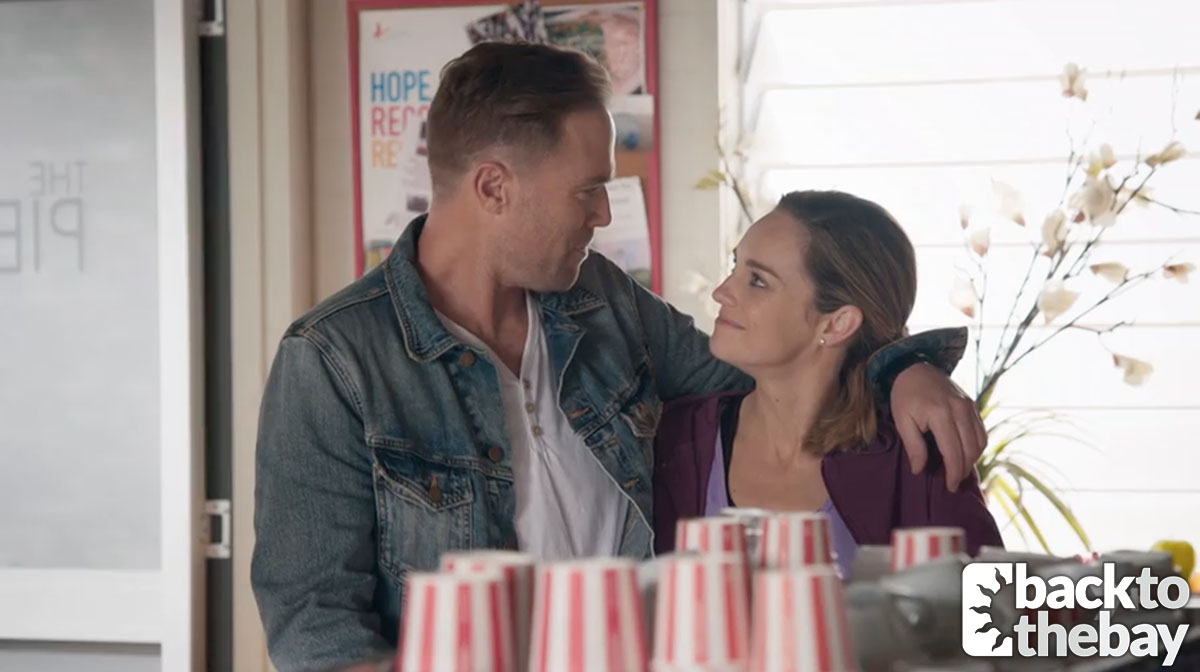 With a little help from Marilyn, they also get their venue secured before the day is up. Roo points out that most venues in Summer Bay get snapped up many many months in advance, but when Marilyn suggests they use Brody’s restaurant and vineyard in Victoria, it sounds perfect. Their plans for a super quick wedding are progressing well.

Yet while Christian may appear to be absolutely fine, it seems he still has some demons in his head. 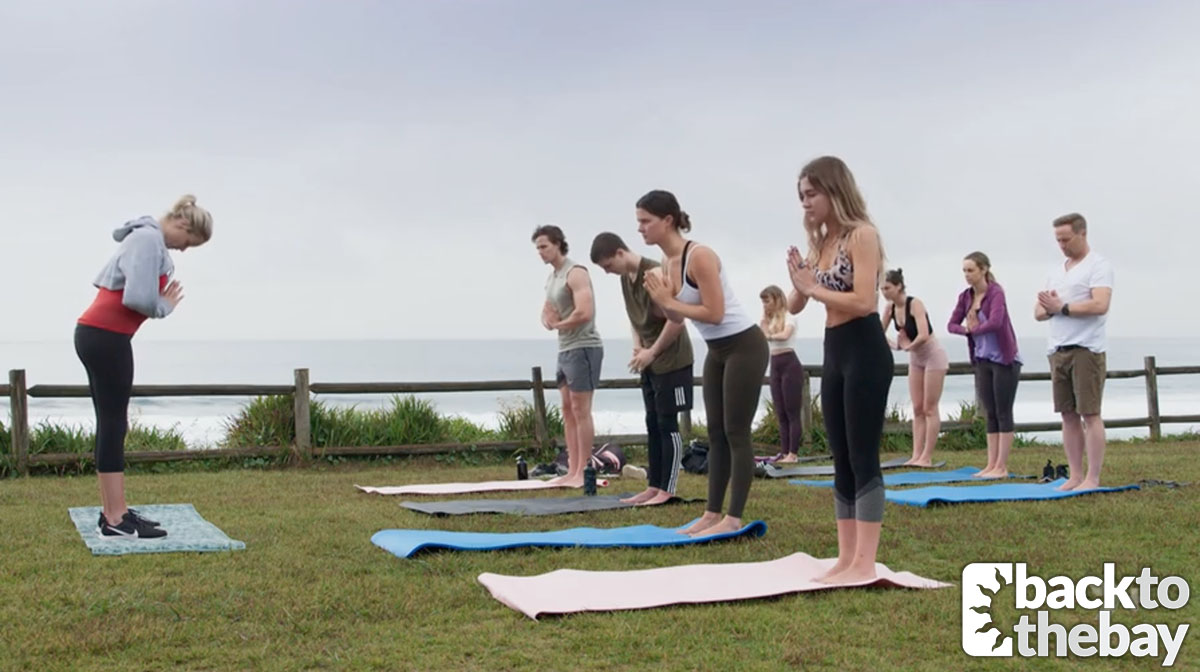 When Christian partakes in Tori’s idea of relaxation – a yoga session – he closes his eyes, and soon gets a flashback to his near-death moment. He’s taken back to the moment his heart stopped, and hears the sounds of Tori shouting for a resuscitation trolley, of Jasmine offering to put the pads on him, and of Tori ordering Jasmine to “stay the hell away from him.” 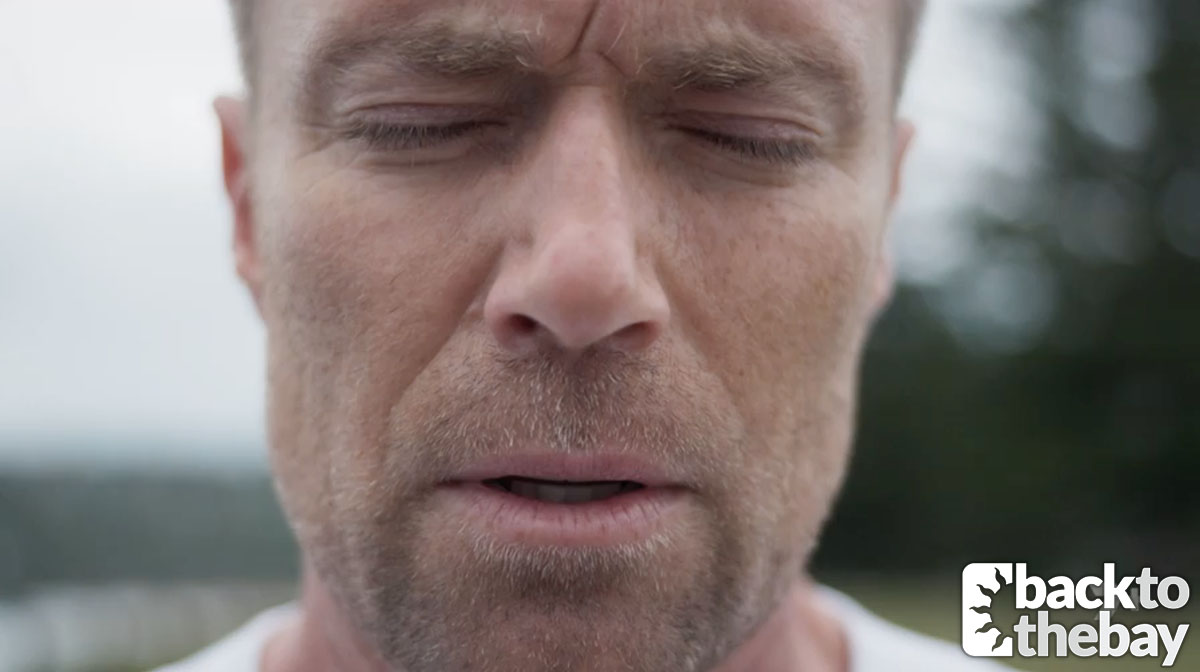 Yet these are no normal flashbacks. Christian’s heart had stopped, Tori was desperately resuscitating him, he shouldn’t be able to remember what was happening! 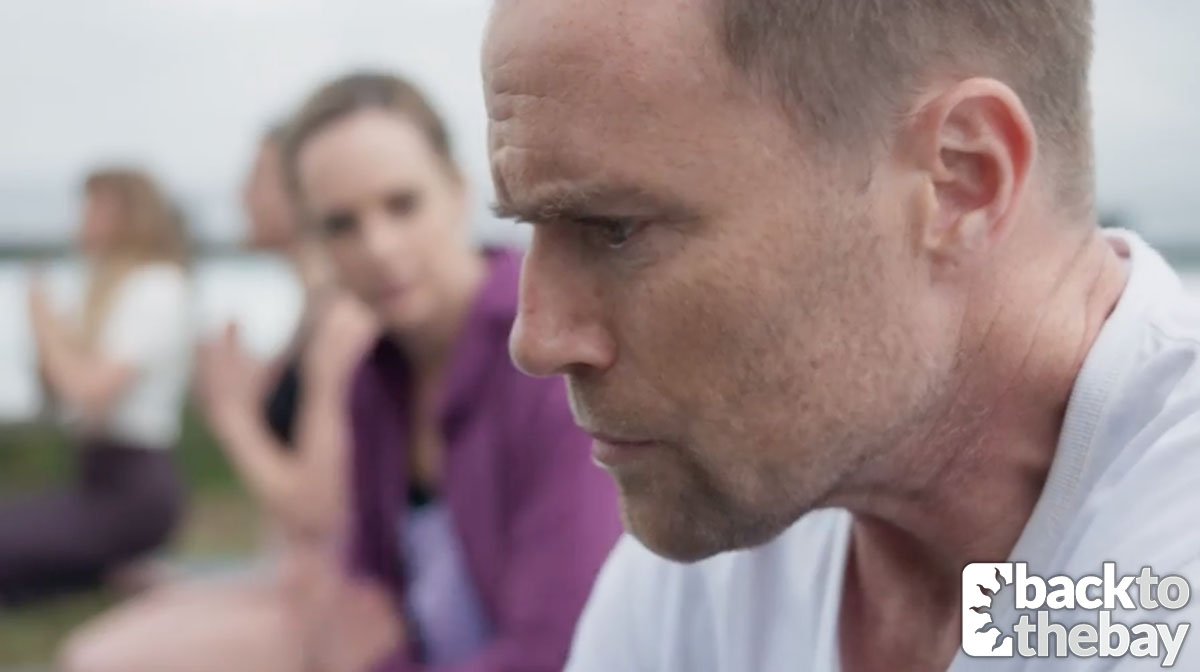 It’s a medical no-no, nobody should be able to remember what was happening while they were clinically dead. Yet Christian does, and he can’t explain it. Worse, Tori definitely doesn’t understand it, only able to see the scientific fact that he can’t possibly remember it.

“That’s impossible, you were clinically dead!” Tori thinks his brain was just finding a way to fill in the gaps, but Christian is convinced it’s something more, and that there must be an explanation that science simply can’t explain.

What is going on?

Elsewhere on next week’s Home and Away in the UK, Mackenzie continues to spiral out of control in the wake of losing her baby. When Chloe discovers the truth about her miscarriage, she feels terrible about the way she spoke to her old boss and heads to Salt to try to apologise.

However, an apology from Ari’s step-daughter is the last thing Mackenzie wants, and it pushes her over the edge. She orders Chloe out of her restaurant, before dramatically ordering all of her customers to leave too, and spontaneously shuts the restaurant for the rest of the day.

Jasmine, who is also coming to terms with her own sudden breakup from Lewis, becomes her unexpected shoulder to cry on as she turns up at the empty bar. The pair drink the night away, with shot after shot of tequila helping them forget their respective exes.

While Jasmine sensibly heads home at the end of the night, Mackenzie has other ideas. Drunk beyond belief, she heads straight for the Parata house, where she hopes to give Ari a piece of her mind. 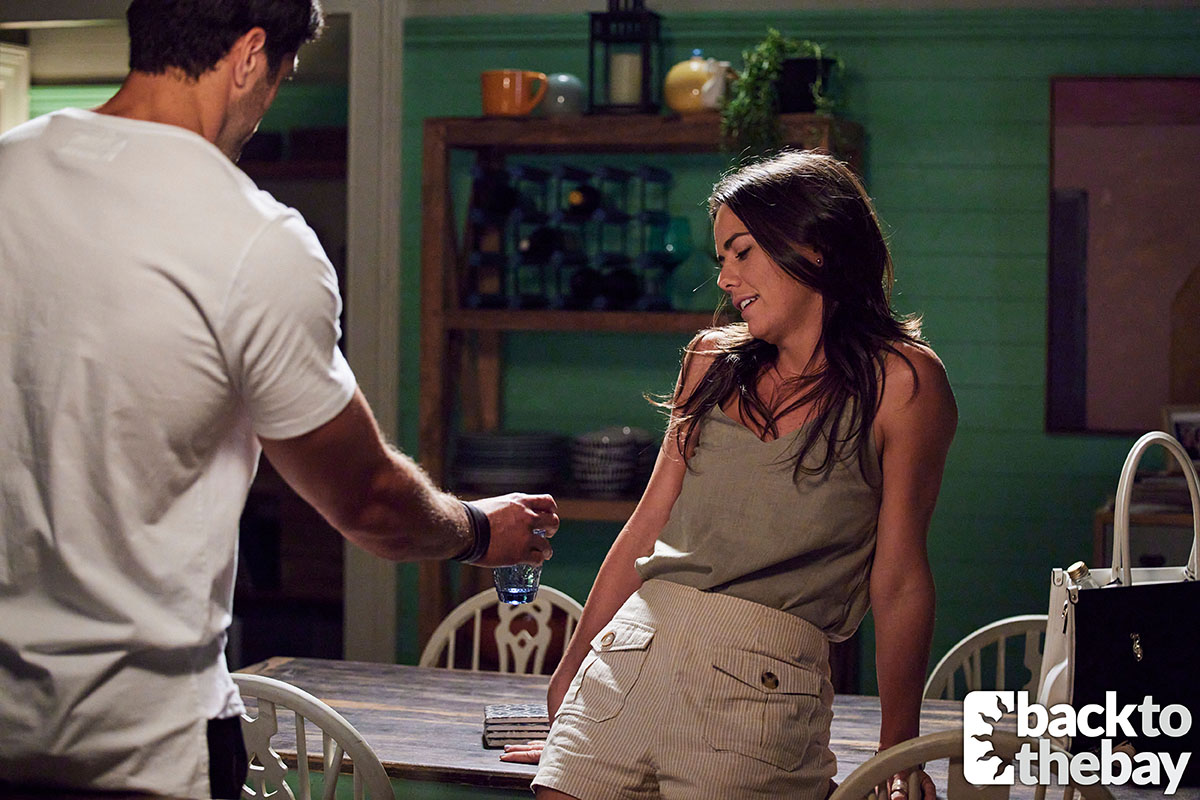 Thankfully, her ex isn’t there – but the person who answers the door is perhaps even worse: Tane. The pair almost ended up together when the Parata family first arrived, and Mackenzie sees him as an easy way to forget her problems. 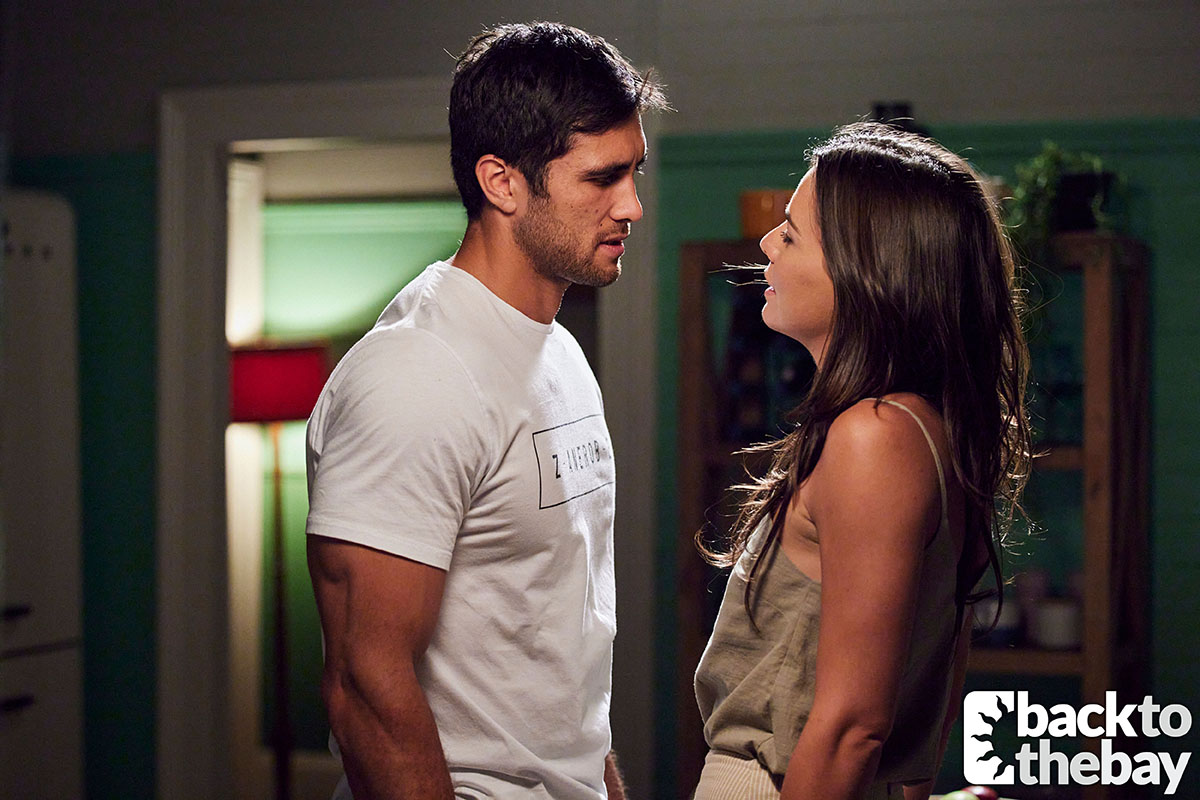 He offers to give her a lift back home, wanting to ensure she gets home safely. However, as soon as they’re through her front door, she makes a move on him. She reminds him of their past attraction and, before he has a chance to stop her, goes in for a kiss! 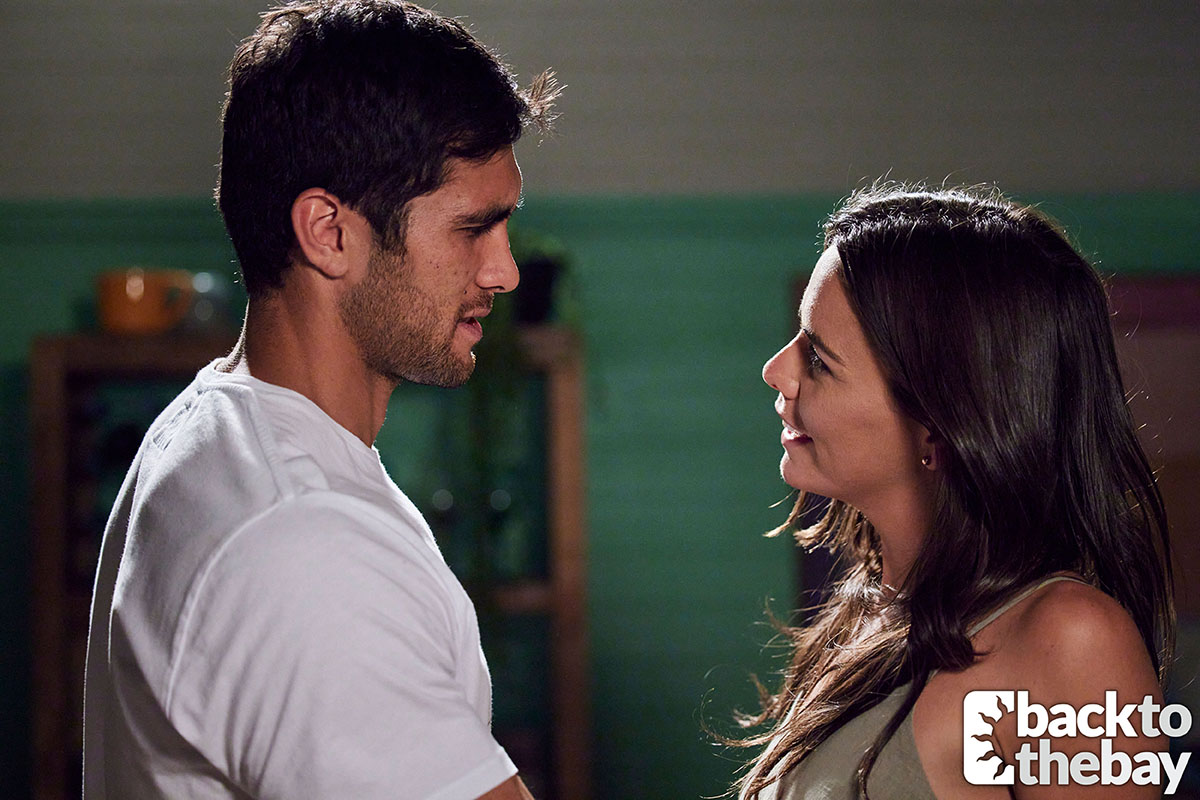 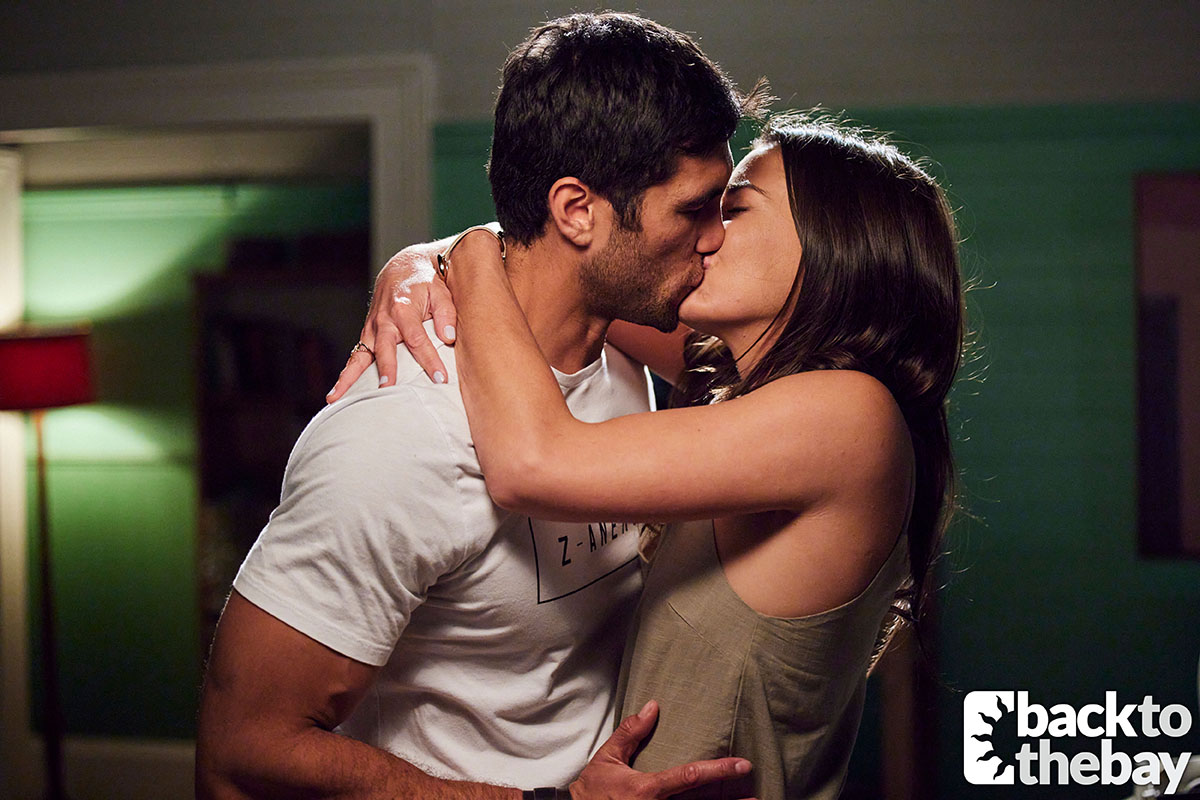 He pulls her away straight away, but it doesn’t stop her. She invites him to spend the night, beckoning him into her bedroom. Thankfully, Tane has long since moved on from his attraction to her, and rejects her outright. 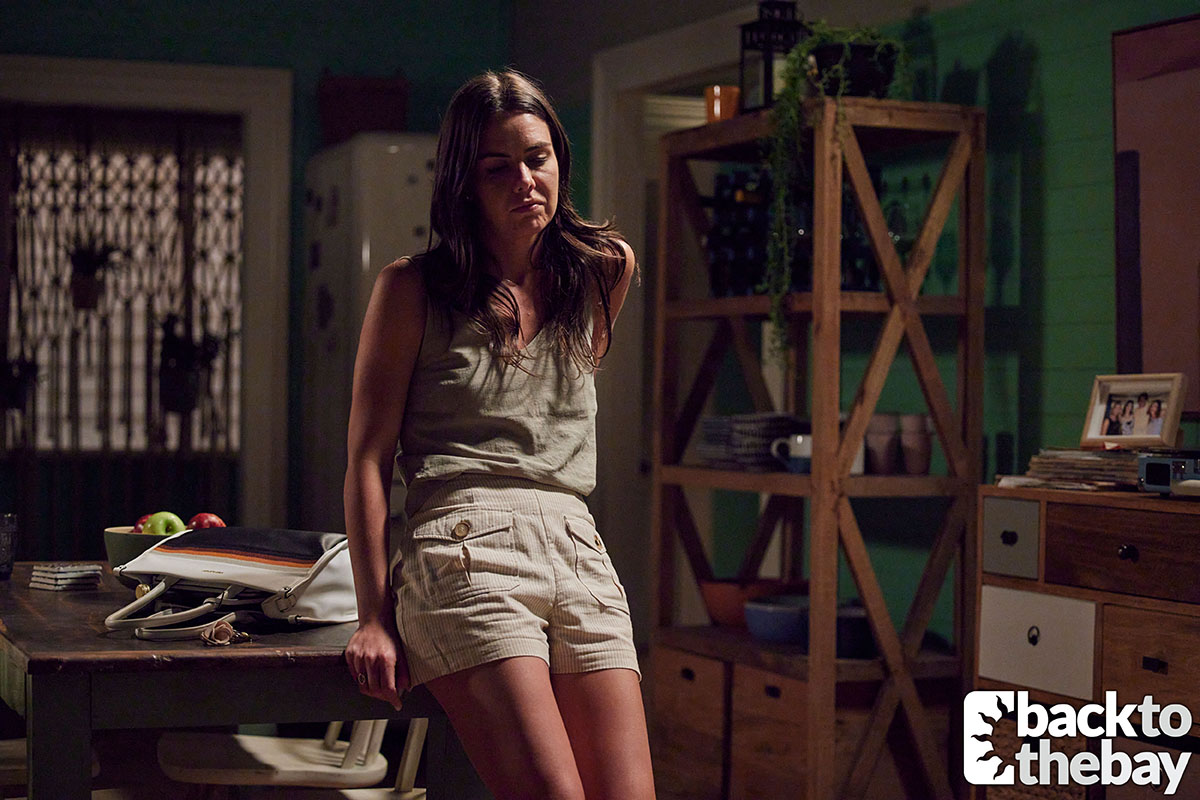 Mackenzie is left dejected and even more alone. Yet that’s not the half of it… just wait until Ziggy discovers what she’s done!

Mia wants to impress her new boss. Nikau gets an offer he can’t refuse. Christian organises a reconciliation with Jasmine and Tori.

Nikau and Bella embark on their new adventure. Christian’s brush with death haunts him. Ari and Mia reminisce about the life they could have had.

Ryder and Chloe enjoy the freedom of unemployment. Christian can’t explain reason beyond science. Jasmine agrees to have a tarot reading with Marilyn. 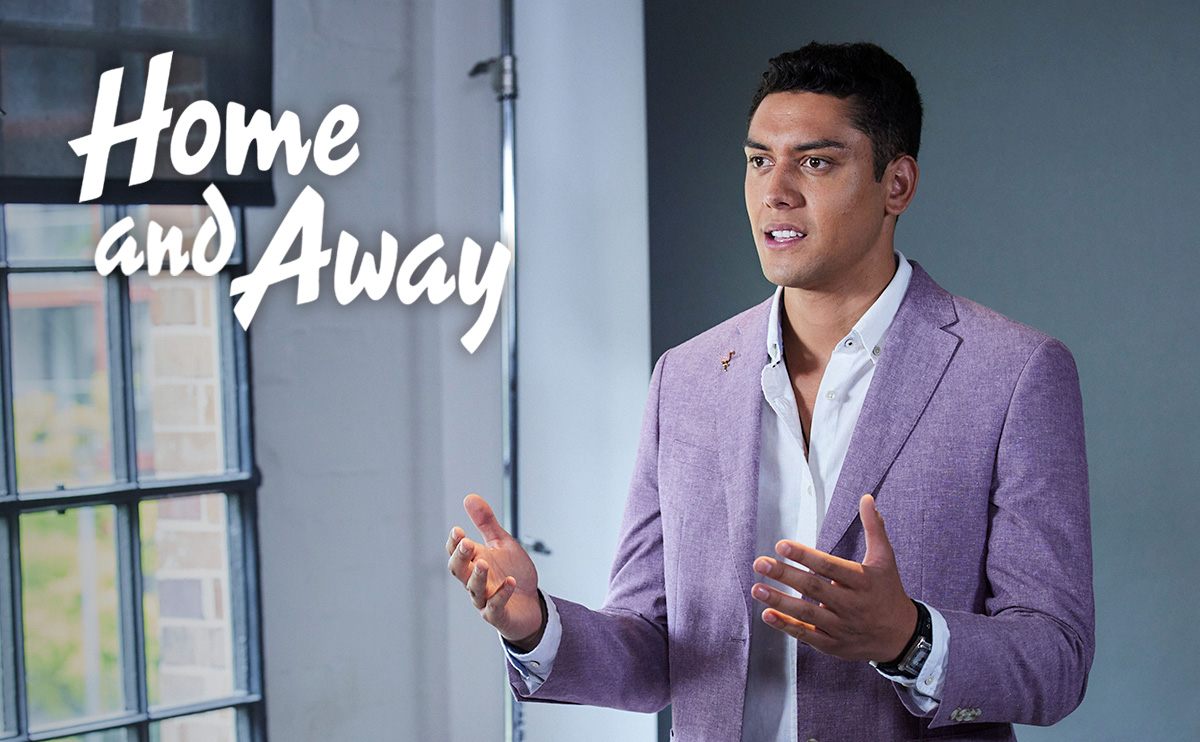 Also next week… Is Nikau cut out to be a model?

Also on next week’s Home and Away in the UK, Nikau gives in and signs to Sienna’s modelling agency, but it proves to be tougher than he ever imagined.