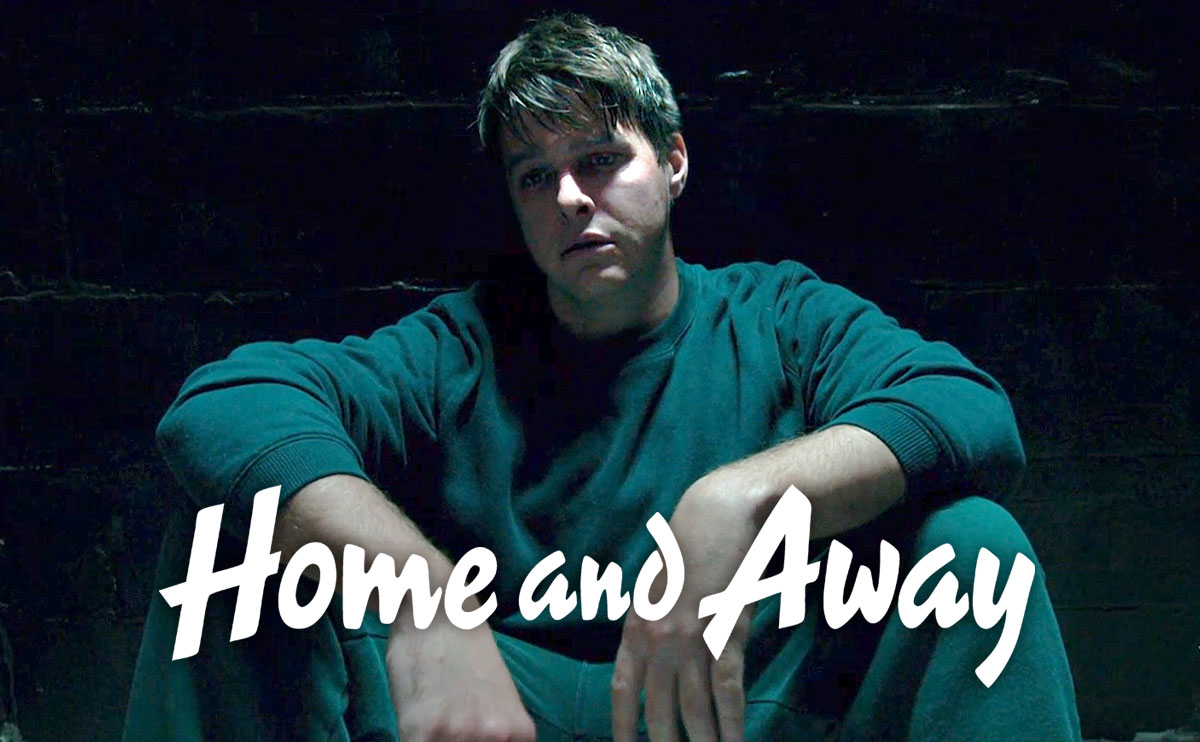 Coming up next week on Home and Away in the UK, Colby Thorne’s final scenes air, as the disgraced police officer makes a bold move to protect himself in prison.

When we left Colby (Tim Franklin) this week, the former detective constable was recovering in his hospital bed after being beaten up by his fellow inmates.

Just a short while into his 25 year prison sentence, the inmates discovered that Colby was a cop, and set about making it clear what happens to cops in prison. Led by inmate Joe (Shaun Anthony Robinson), the boys gave him enough of a battering to knock him out cold, and he suffered a seizure in the ambulance on the way to Northern Districts Hospital. 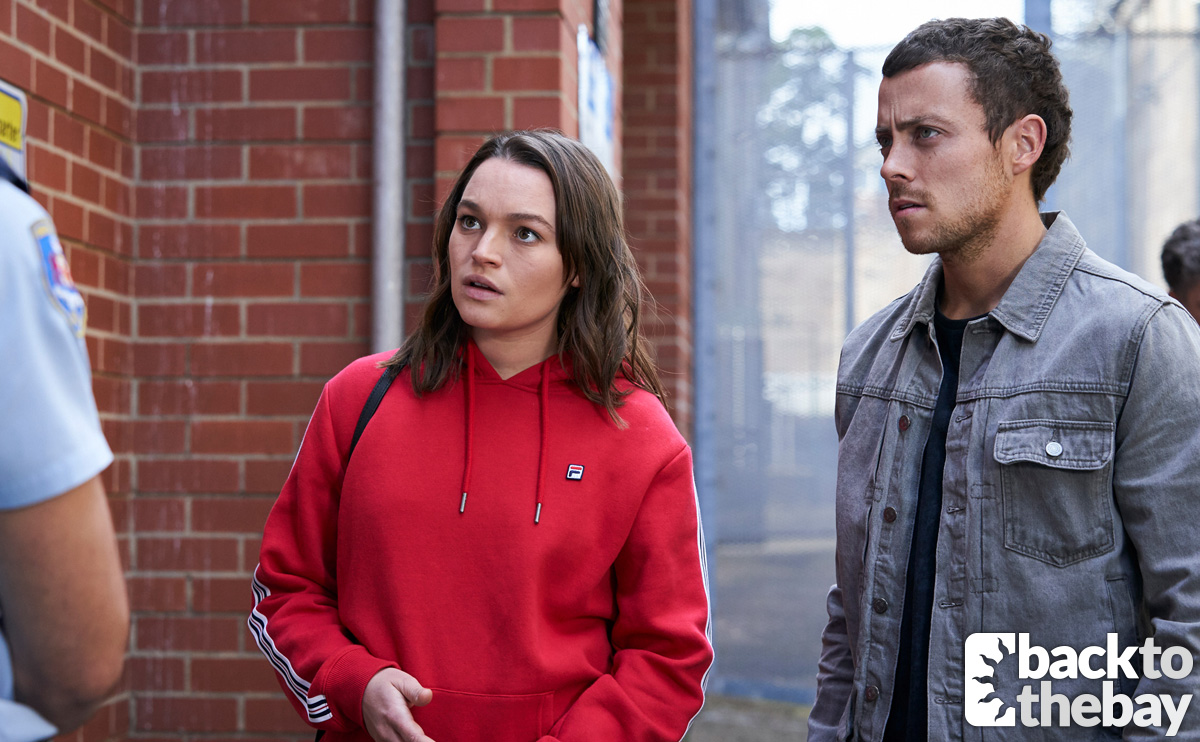 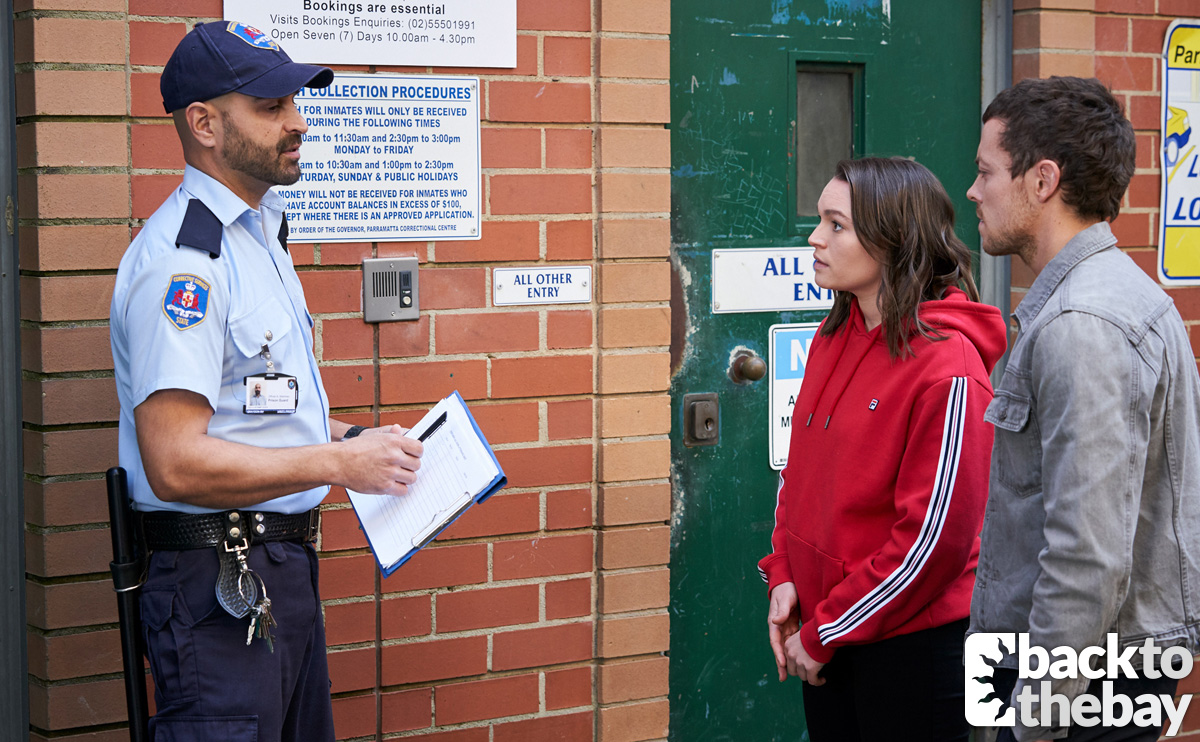 Dean (Patrick O’Connor) knew this was coming. His own time in prison taught him a few things, and he knew that as hard as Colby tried to keep his head down, his fellow inmates would find out his true identity sooner or later.

When Dean finally had the chance to see Colby alone on the hospital ward, he gave him some advice: “You do whatever it takes to survive. Don’t hold back.”

Dean also knew that setting foot in a prison would be too hard for him, and that he would never be able to visit Colby inside. Telling Colby that he can’t visit him, he made it clear that they won’t ever see each other again. He told his long time friend to just focus on himself; Dean would look after Bella (Courtney Miller), meaning all Colby would have to do is focus on staying alive in prison.

Although the news leaves Colby heartbroken, he knows why Dean has to do it. 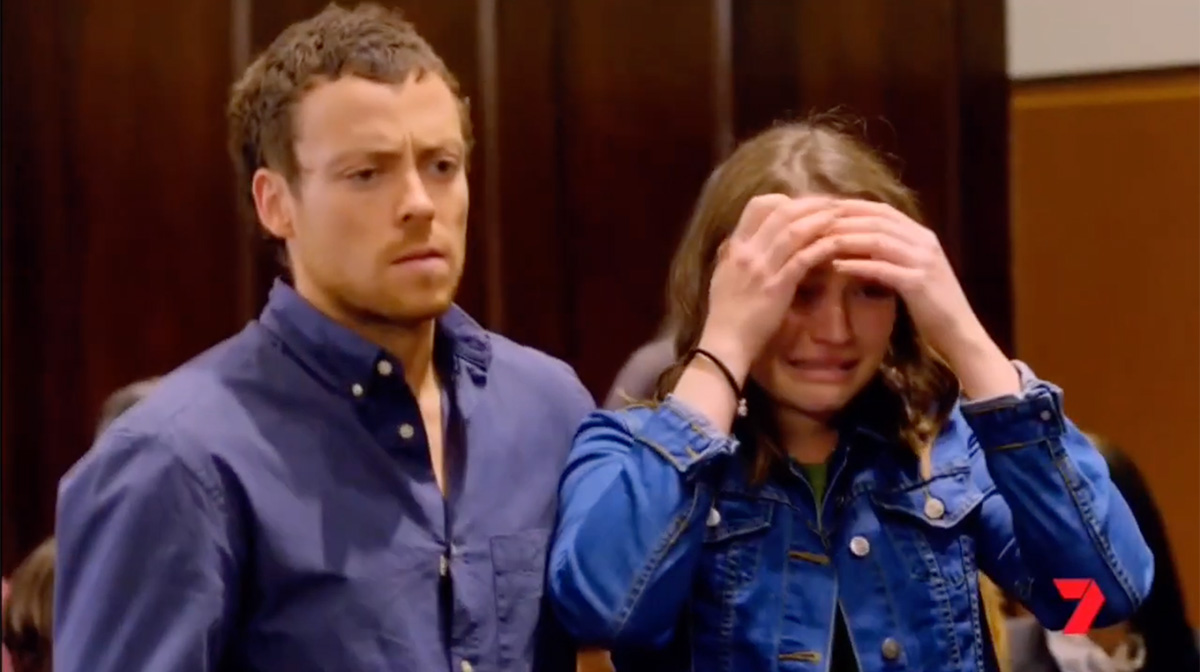 As we return to the drama next week, Bella bumps into Lewis at The Diner. She’s shocked when she finds out that he no longer works at the prison hospital, meaning she’s lost her link to finding out how her brother is faring inside.

When an emotional Bella tells Dean, he doesn’t care. He reiterates to Bella that it’s time for them to move on and forget about Colby – but understandably, that’s the last thing Bella wants to do. Colby will always be the brother that saved her from her tortured life with Ross, even if she has mixed feelings over the way he went about it.

When she discovers that Colby has been moved back to prison, and placed in the same block he was in before, she’s gobsmacked. Even though Lewis assures her that the guards will protect him – now knowing that he’s a target – she’s terrified. “They’ll finish him off,” she claims, knowing the guards won’t be able to contend with countless angry prisoners for long.

She’s determined to go back to the prison and visit her brother, with or without Dean. 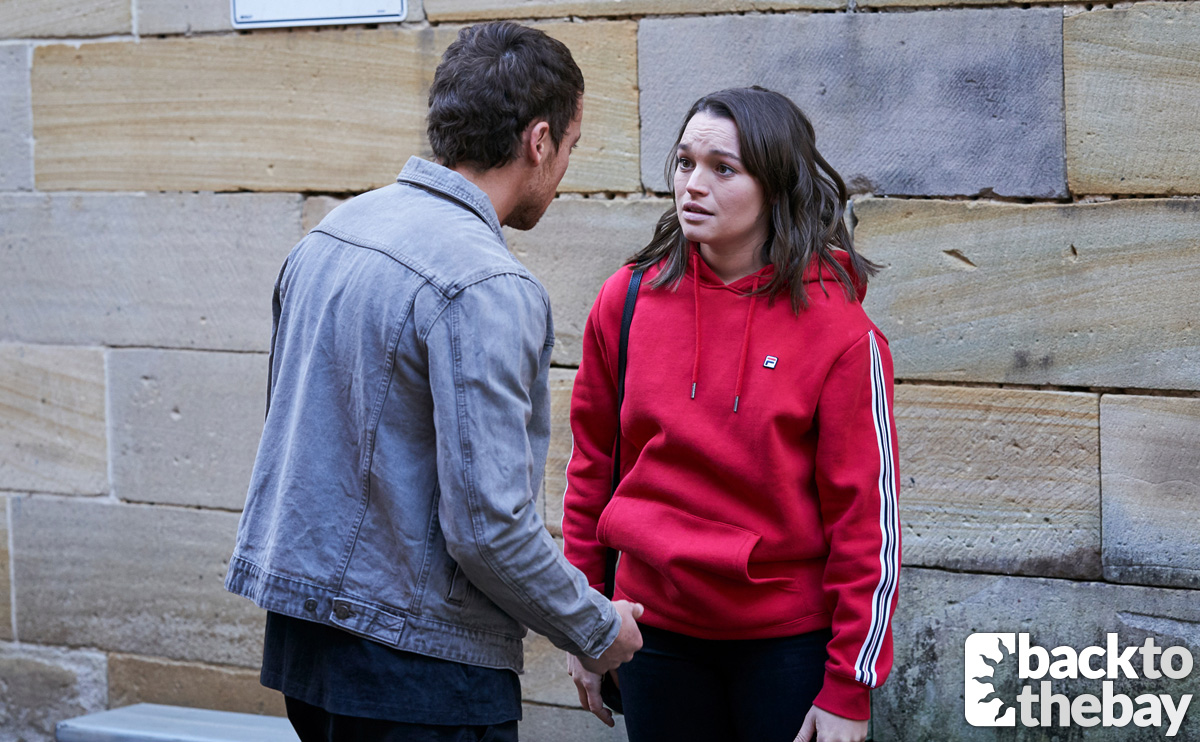 After some sound advice from John Palmer, Dean eventually relents and agrees to give her a lift. He picks her up at the bus stop and drives her to the prison, but when Bella tries to head inside, she’s in for a massive shock.

Adrian Martinez (Shameer Birges), the prison warden at the door, quickly puts a stop to their visit. When they arrive and give Colby’s name, he briefly disappears inside, before returning to tell them that Colby won’t be receiving any visitors that day.

“There was an incident, that’s all I can tell you.” After some more pressing from Colby and Dean, Officer Martinez confesses that Colby has been placed in solitary confinement, before ushering them out of the queue.

As Bella walks away, the warden calls Dean over. “You’re Dean Thompson, right? This was left here for you, it’s from Thorne.” He hands him a hand-written letter, with Bella’s name on the front. 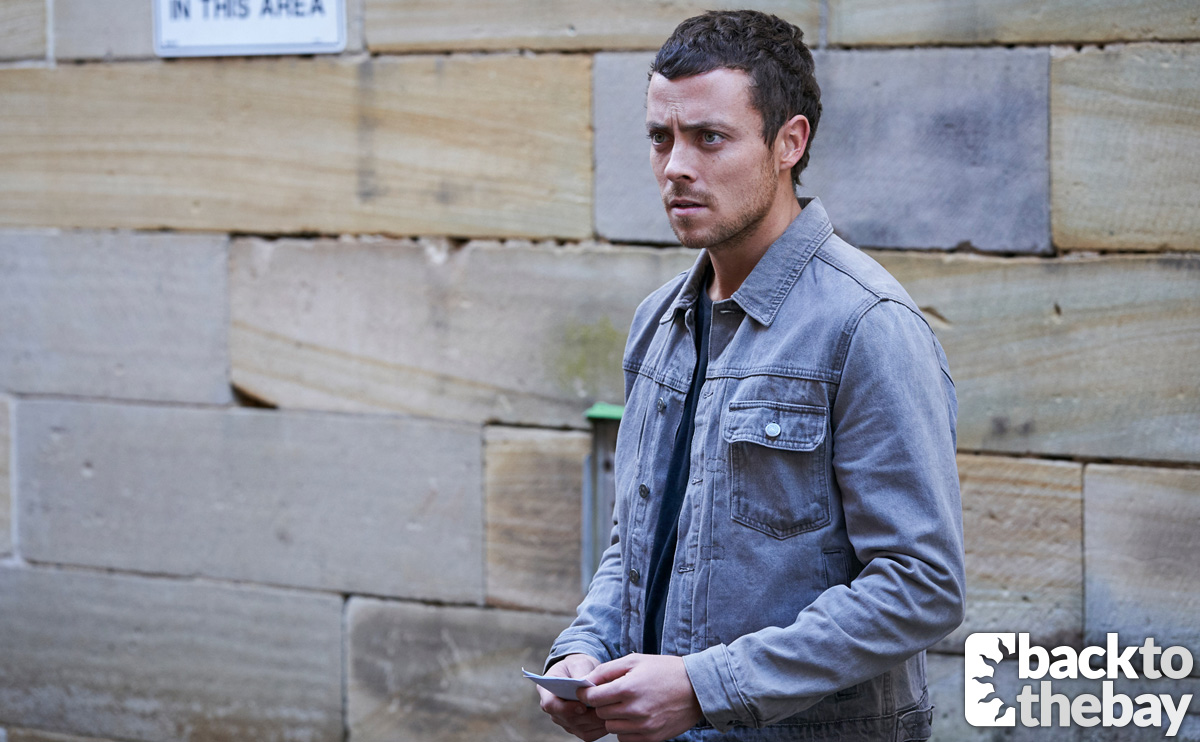 As the pair arrive back in Summer Bay, the only solace that Dean can provide Bella is that Colby will be safe in solitary. It’s a good thing, nobody can get him if he’s on his own.

Later, he hands her Colby’s note. As she reads it, she breaks down as she realises this may be the final time she ever hears from her brother.

“Hey kiddo. I miss you so much. I’m so sorry that the last time we saw each other was in hospital. I’m okay now, doing a lot better.

“I’m back in prison, but I guess if you’re reading this you already know that. There’s no easy way to write this Bella, but I don’t want you to come see me any more. It’s not fair on you, and it’s too hard on me.

“I can’t do it to either of us any more, it’s too much. I’m so sorry. For everything that’s happened.

“I’ll always be your big brother, but you need to let me go. Please don’t ever forget how much I love you. 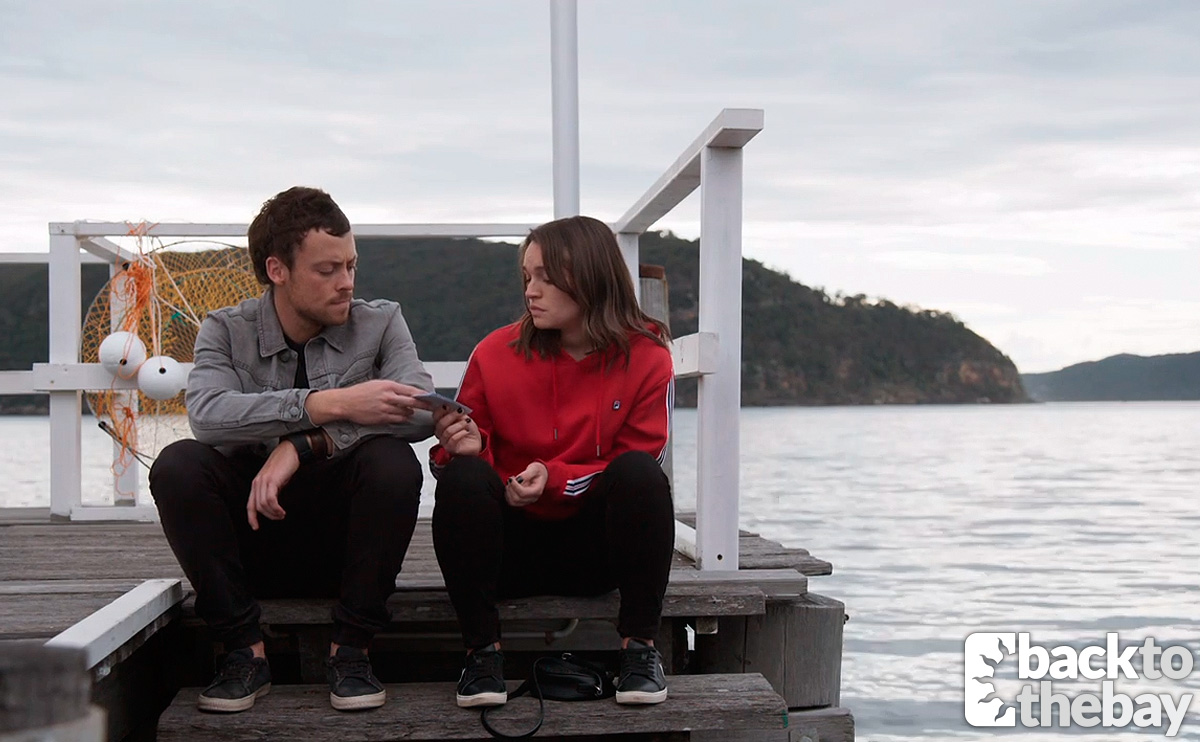 As Bella is reading, we see the actions that landed Colby in solitary. He’s heeded Dean’s advice, and taken a drastic step to protect himself in prison – but one that not even Dean could have predicted.

The flashbacks show Colby fighting fellow prisoners, throwing and landing punches as he shows them he’s not to be messed with.

As he charges at a fellow inmate, he pulls a blade from his trousers, leaving a trail of blood as the inmate collapses to the ground. 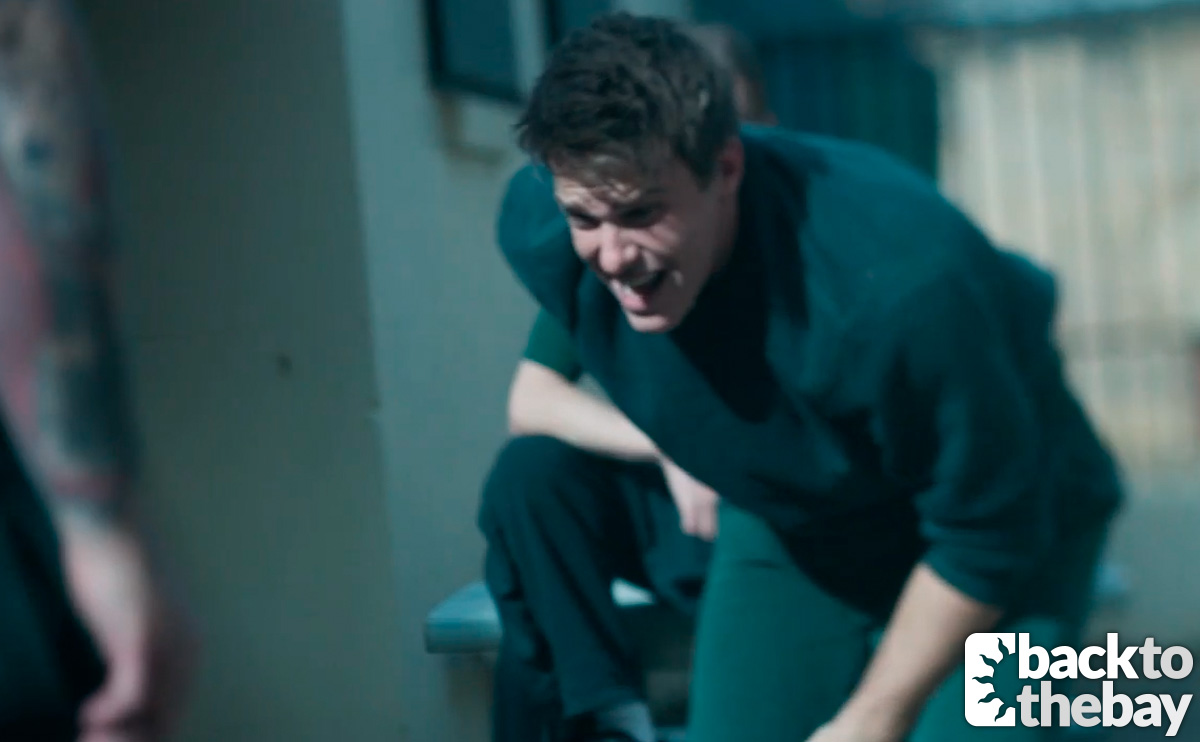 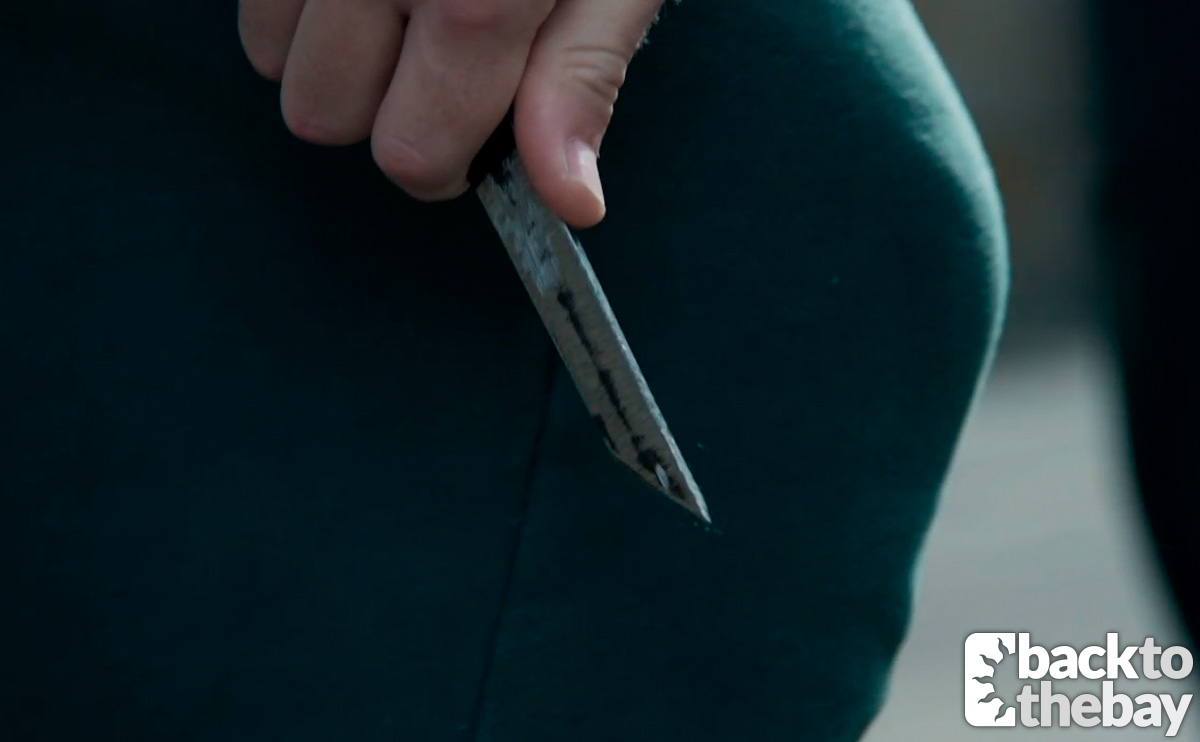 It takes multiple guards to drag Colby off, as he throws kicks and punches at them too. He’s very much demonstrating that he’s an inmate you don’t mess with. He’s doing whatever it takes to survive. 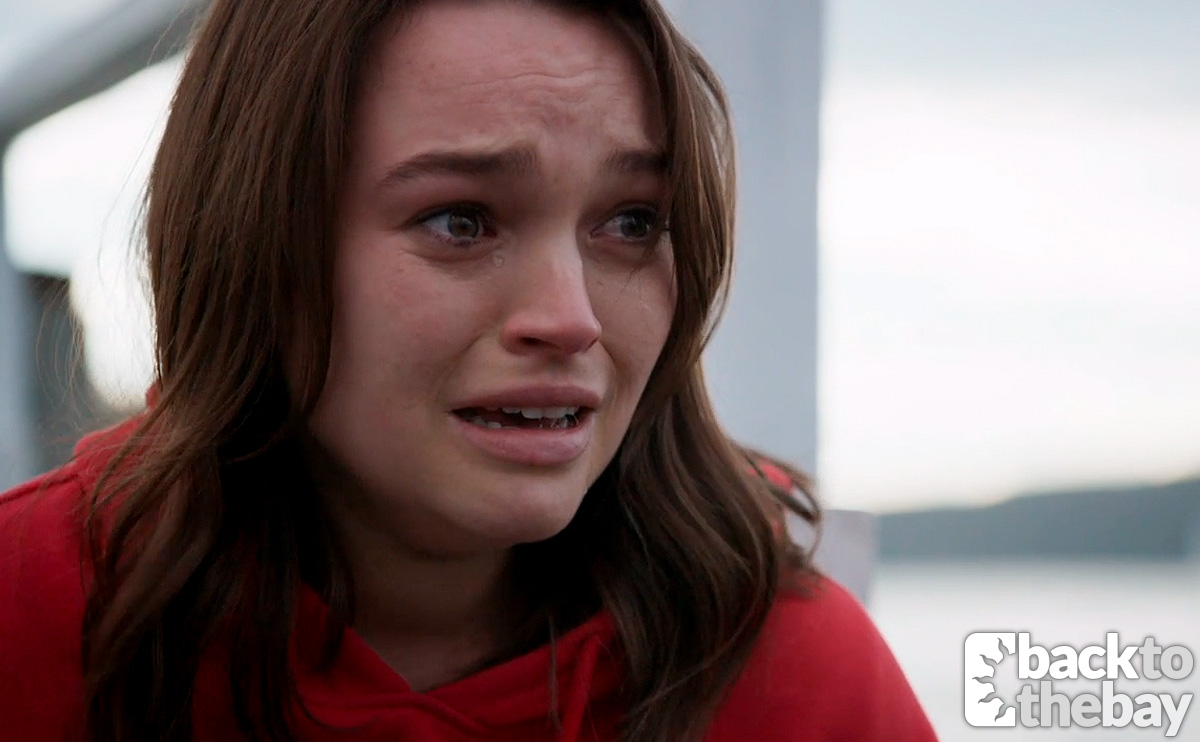 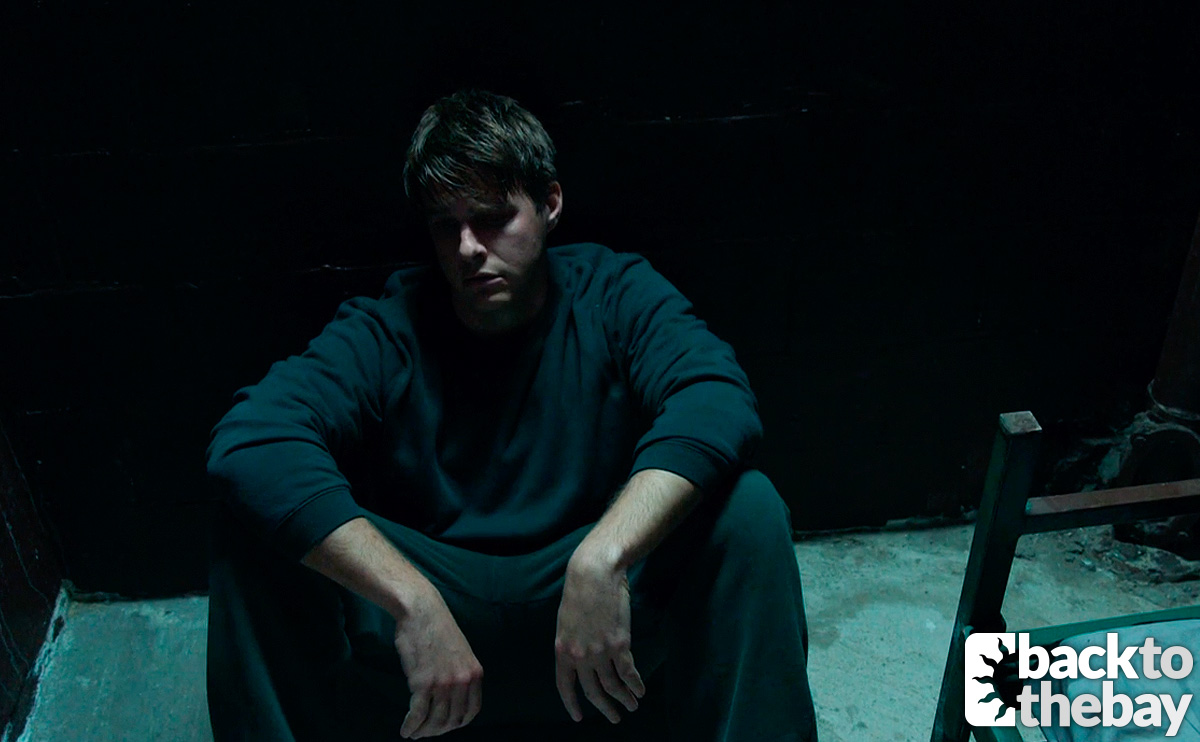 These scenes, which air in the UK on Wednesday 3rd March, spell the end for Tim Franklin’s time on Home and Away, and with it the end for his character Colby. Tim’s exit from the show had been anticipated for a while, after the actor hadn’t been spotted filming since mid-2020, and many fans suspected that his departure would see Colby die in prison.

It seems even Tim himself was surprised by his exit, with the possibility of a future return being left open. Speaking to TV Week, Tim said: “I was really shocked, I was really surprised, you know, surprised that it wasn’t going to be a death to be honest.

“I was trying to convince them for a long time, like, I want to go out guns blazing. But, when I read it, I really loved it; it’s a really nice little end for Colby. He needed to pay the price at some point.”

Tim also doesn’t rule out a return to Summer Bay in the future. He states that he’d love to see Colby return as a bad boy, scarred by his time behind bars, and that he’s already floated the idea to the producers. “To be honest, I had the most fun playing Colby when he was a bit of a villain.”

Many of Tim’s storylines in Colby’s 3 years on the show revolved around his troubled relationship with Dean Thompson. The pair were childhood friends who grew up in Mangrove River, and Dean was an integral part in Colby’s attempts to track down his sister Bella after Ross Nixon stole her away.

A deadly car crash landed Dean behind bars when he took the rap for Colby, and, when the pair were reunited in Summer Bay in 2018, it took a long time for Dean to forgive his old best friend’s betrayal. Yet forgive him he did, and the pair have been through a rollercoaster of emotions and tough storylines during their time in the bay.

Patrick O’Connor took to Instagram to pay tribute to Tim on his departure. “Tim and I auditioned for Colby and Dean and when we got the parts we made a pact to make sure we gave it a red hot crack.

“I didn’t know him that well before Home and Away but now, to say I love him like a brother is an understatement. He is by far one of the best actors I have ever worked with and I’ll only ever say this once, but I miss his hugs and his constant need for affection.”

Tim also reflected on his time on Home and Away in a video on the show’s Instagram channel, talking about the deep connections he’s formed with Patrick, Courtney and the rest of the cast and crew. “When you spend 3 years somewhere, and you spend as much time here as I did, they’re like family now.

“That’s what gets you through it; the cast, the crew, everyone, if there wasn’t this group of people doing it, you wouldn’t be able to do it. You wouldn’t.”

Justin and Leah fight over the value of marriage.

Jasmine suspects Lewis’ anger towards Christian is about unresolved grief.

Will Justin and Leah split up over their polar opposite values?

Ari and Mac’s day together is disrupted.

Bella gets a note from Colby.

Ziggy has an inconvenient dream.

Chloe drops a revelation on Ari.

Kieran is playing a dangerous game.

Ari gets a surprise visitor on his doorstep.

Ziggy is not going to dream about Tane anymore.