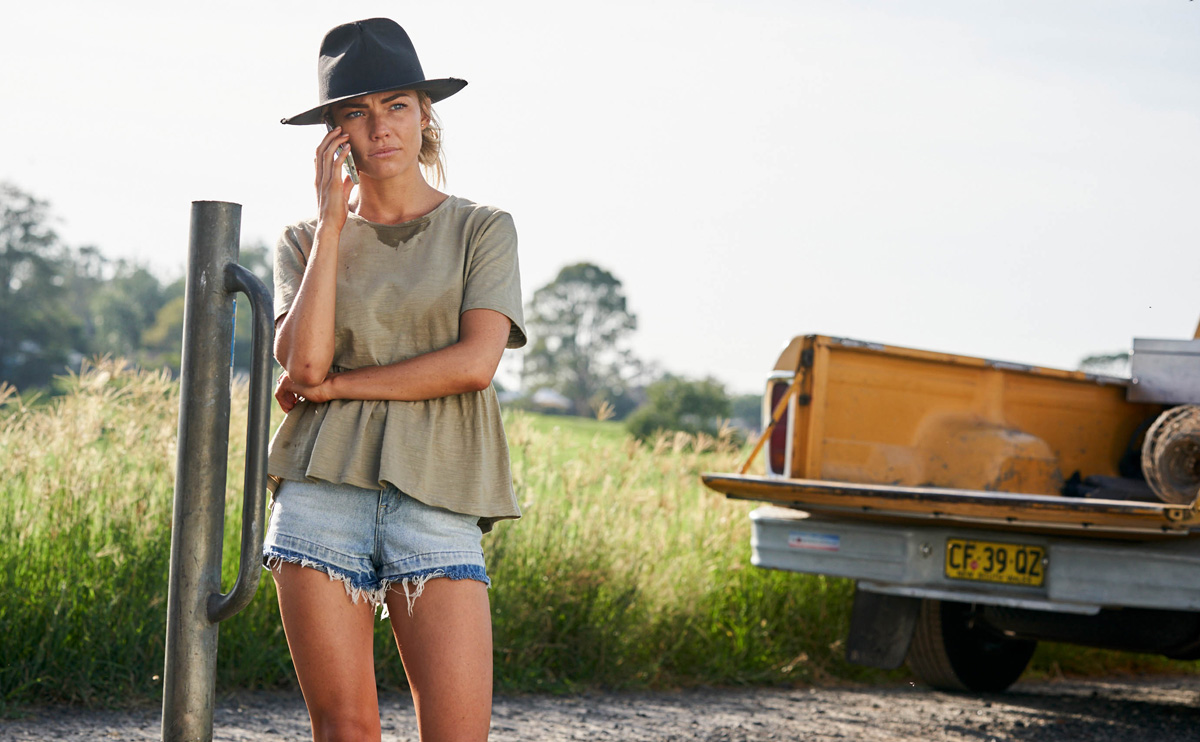 Coming up next week on Home and Away in the UK, as Jasmine’s friends remain concerned for her, Irene and Colby decide to make a mercy dash…

It’s now been several days since Jasmine (Sam Frost) fleed from Summer Bay, in the wake of Tori Morgan (Penny McNamee) taking out an AVO on Jasmine over her obsession with stepdaughter Grace.

Although Irene (Lynne McGranger) was partly relieved to learn that Jasmine had rocked up at the Shaw farm—where Robbo’s parents Ian (Frankie J. Holden) and Wendy (Amanda Muggleton) live in the far reaches of NSW—her concern is still growing as her calls and messages to Jasmine remain unanswered. 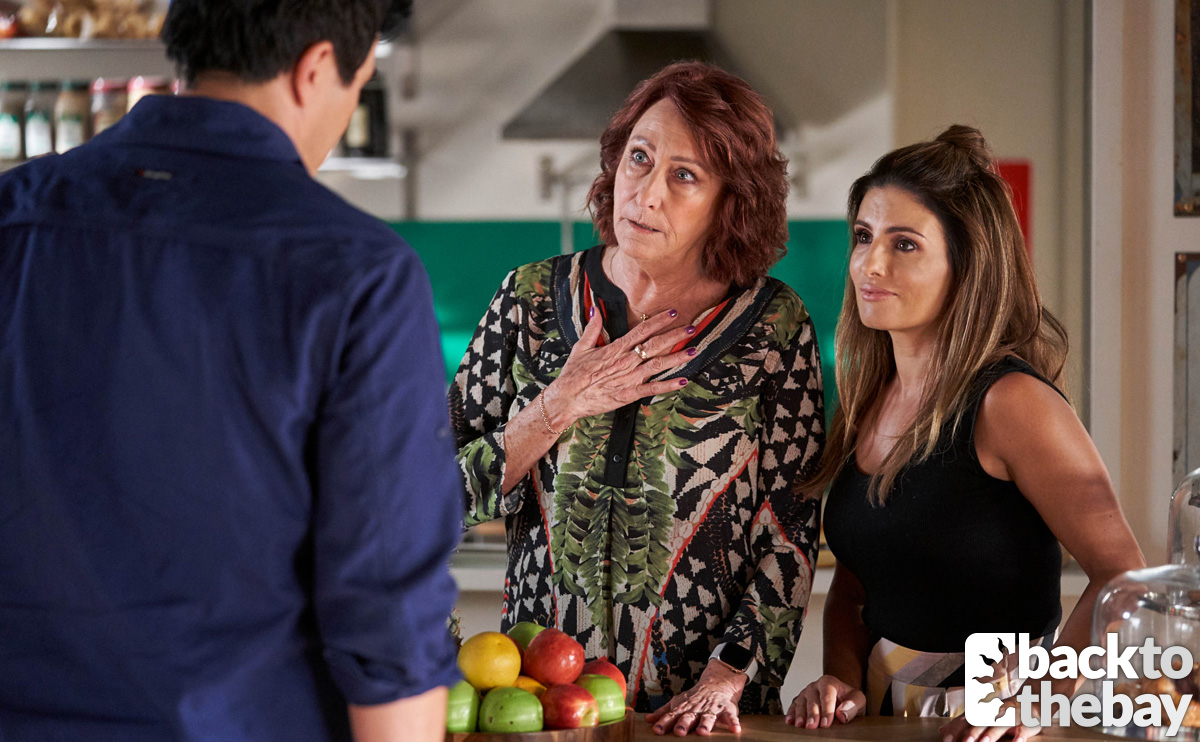 Tori is wracked with guilt, she had hoped that the AVO would have forced Jasmine to seek the help with her mental health that she clearly needs, but instead feels that she’s run Jasmine out of town. Tori’s brother Justin (James Stewart) however, doesn’t share Tori’s sympathies.

Now at the end of her tether, Irene leaves Jasmine a voicemail telling her that they’ve been extremely patient with her, and it’s time for her to show a bit of consideration by returning her phone calls.

Meanwhile, at Ian and Wendy’s farm in Mount Edgecombe, Jasmine is happily keeping busy as she tries to put the ordeal behind her. 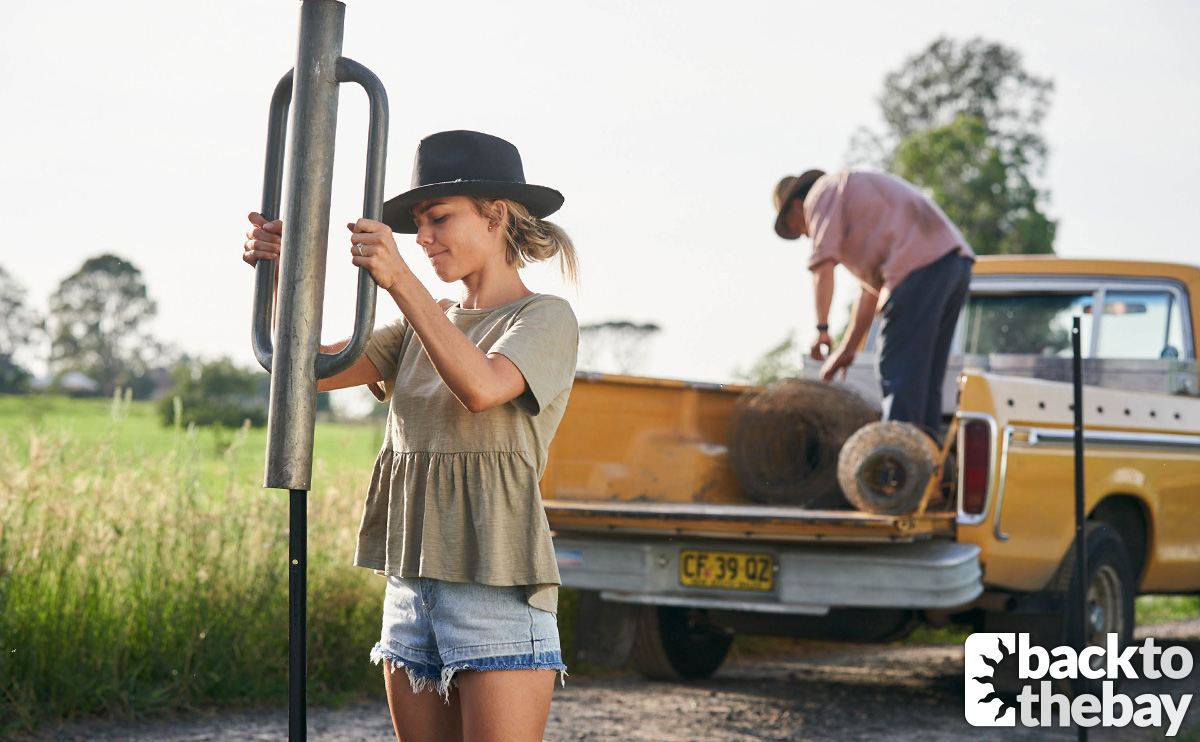 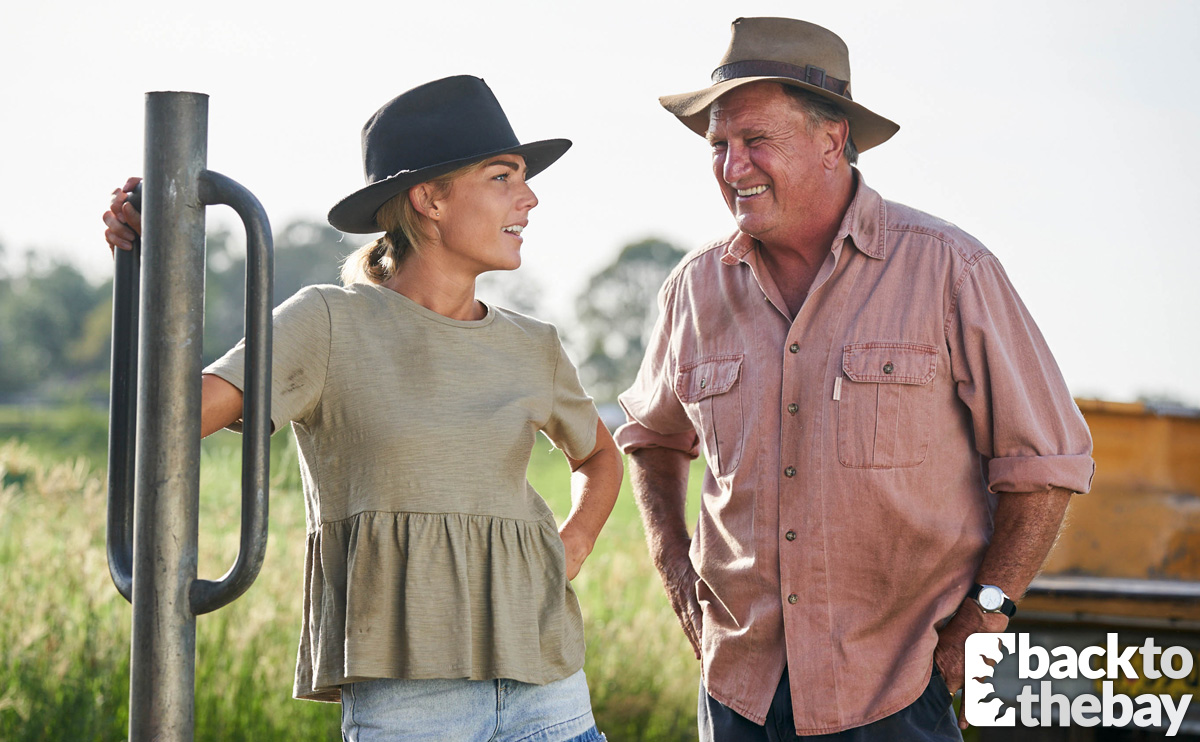 Although Ian and Wendy are happy to have Jasmine staying with them, and are appreciative of the help she’s giving, they can’t help but be a little concerned by her sudden arrival.

It becomes obvious that Jasmine has not discussed the problems that led her to leave Summer Bay, but Ian and Wendy figure that Jasmine will open up to them when she is ready, and for the moment she is exactly where she needs to be. 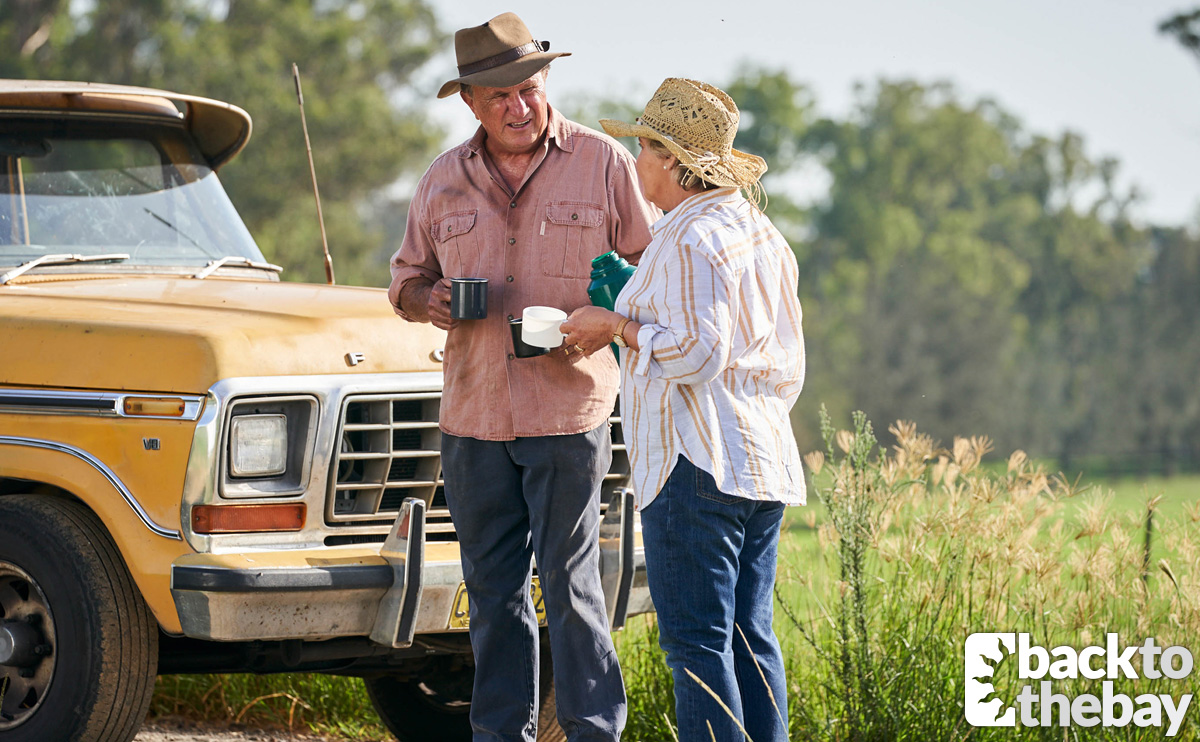 Jasmine is annoyed when she picks up Irene’s latest angry voicemail and deletes it immediately, taking out her frustration on the next fencing pole to be hammered into the ground. 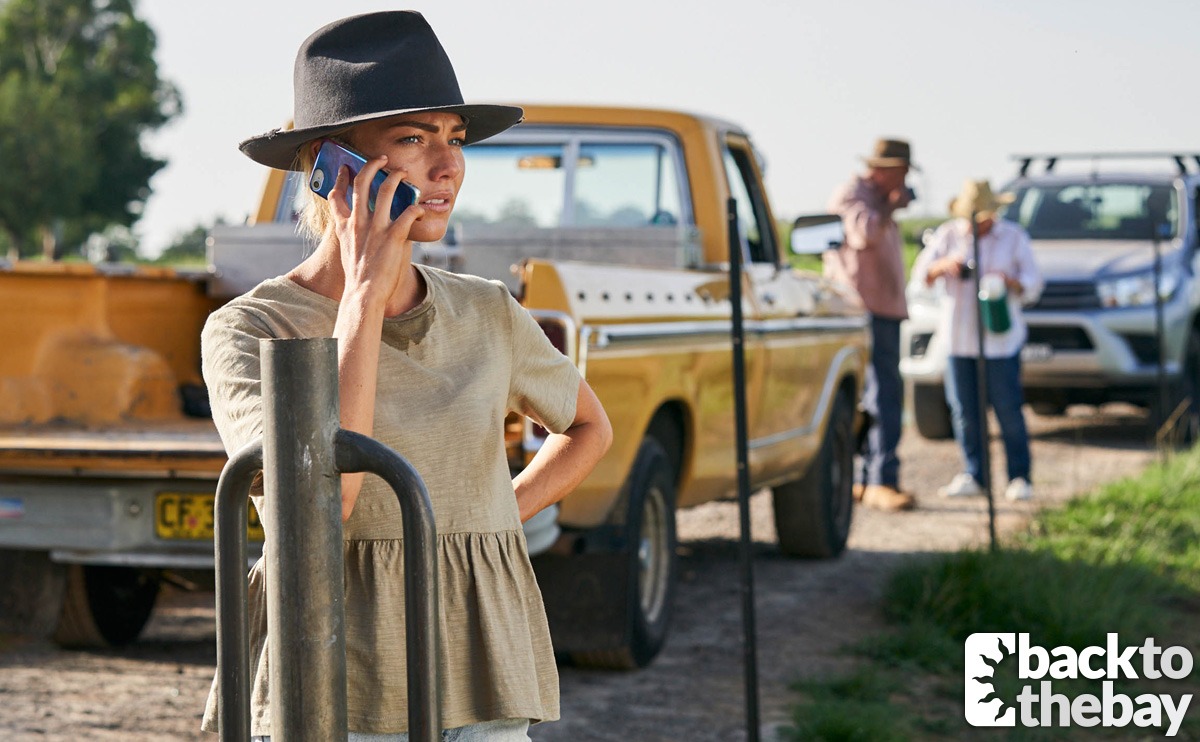 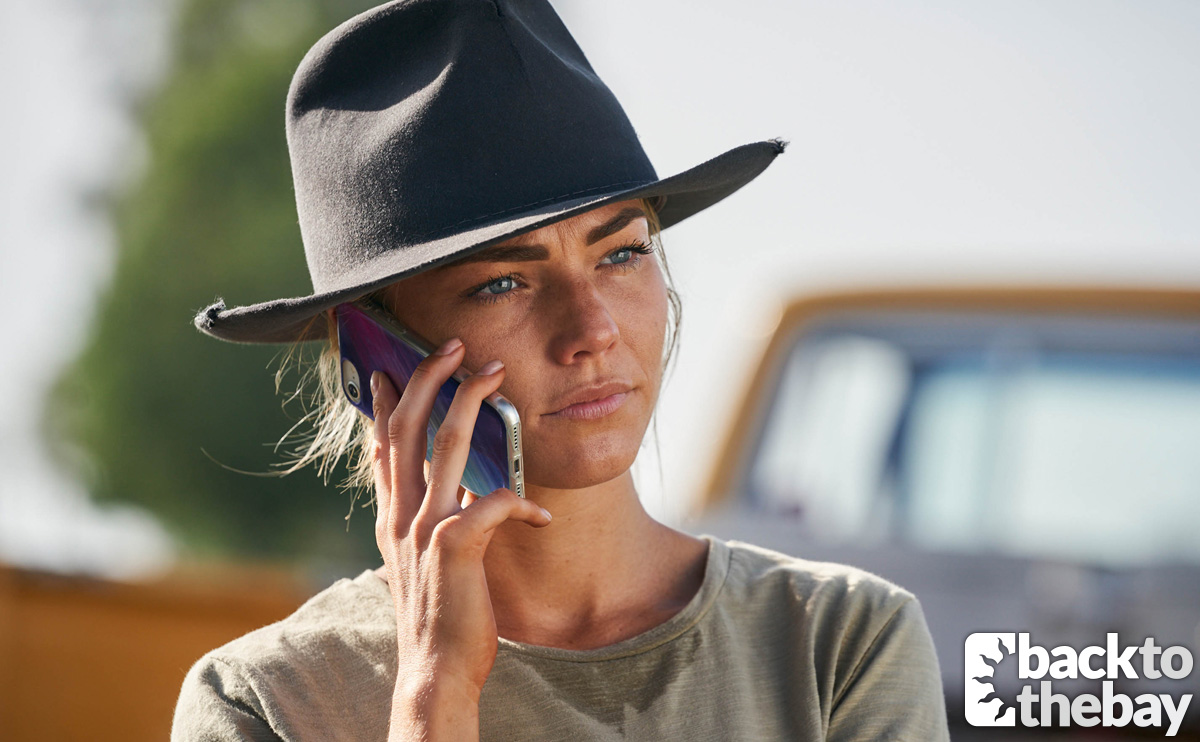 Later on, Ian and Wendy notice Jasmine looking at all the photos of Robbo. Wendy asks if she’d like her to pack them away, but Jasmine declines, telling her that she likes looking at them. She finds it a comfort being surrounded by Robbo’s family and his things.

Jasmine then puts forward the idea that she could perhaps move there permanently, given that she and Robbo were once considering taking residence in a cottage on the farm grounds. Ian and Wendy tell her that she’s always welcome, but that it’s a big decision for her to make. 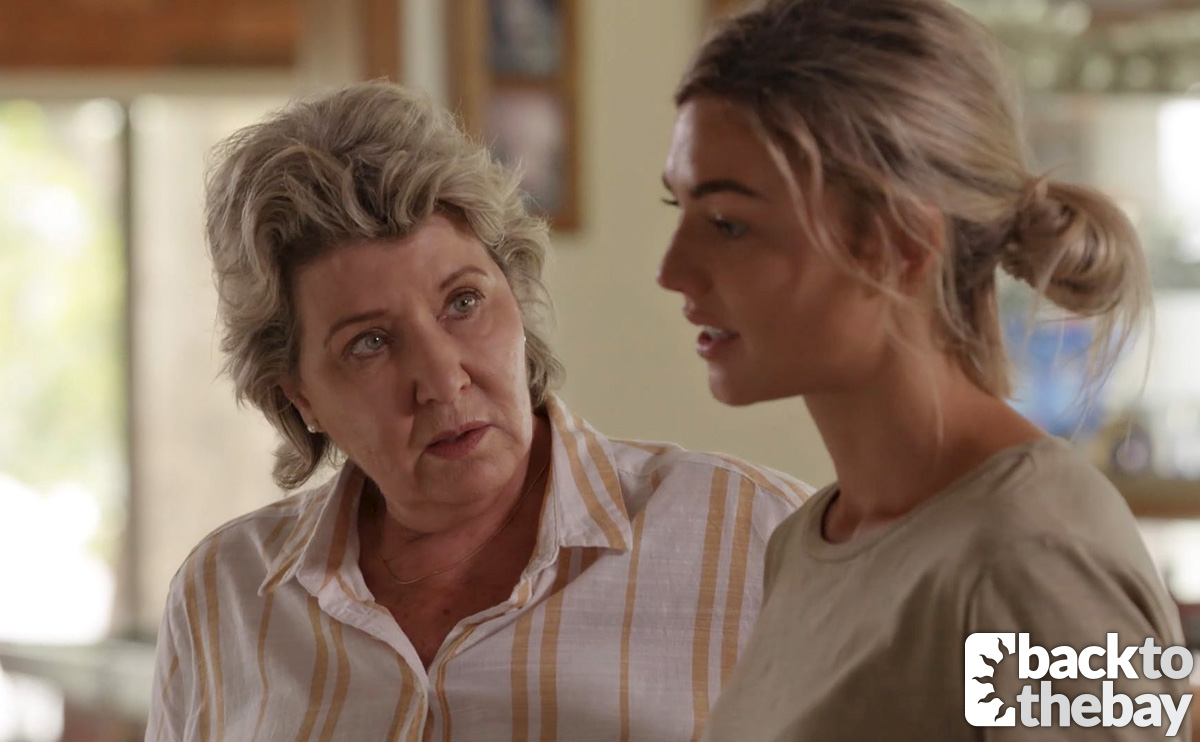 As Jasmine leaves the room, Wendy points out to Ian that there was no mention of baby Grace, which leaves them all the more curious.

Meanwhile, back in the bay Tori’s guilt is growing as she worries about Jasmine not seeking the help she needs. Heading round to Colby’s (Tim Franklin), she tells him that they need to go to the farm and check on her before they lose her for good.

Colby thinks it’s a crazy idea, given that Tori’s the one that has just taken out an AVO on Jasmine, but the moment is interrupted by a phone call from Ian.

Although Colby doesn’t go into detail, Ian learns that Jasmine’s been having some trouble with Tori and Grace, which worry the couple further.

When Colby and Tori fill in Irene and Leah (Ada Nicodemou) later, with the news that Jasmine is thinking of moving to the farm permanently, Tori again puts forward her idea of heading up to the farm herself. Everyone agrees it’s a bad idea, but Irene offers to make the journey herself, with Colby agreeing to accompany her. 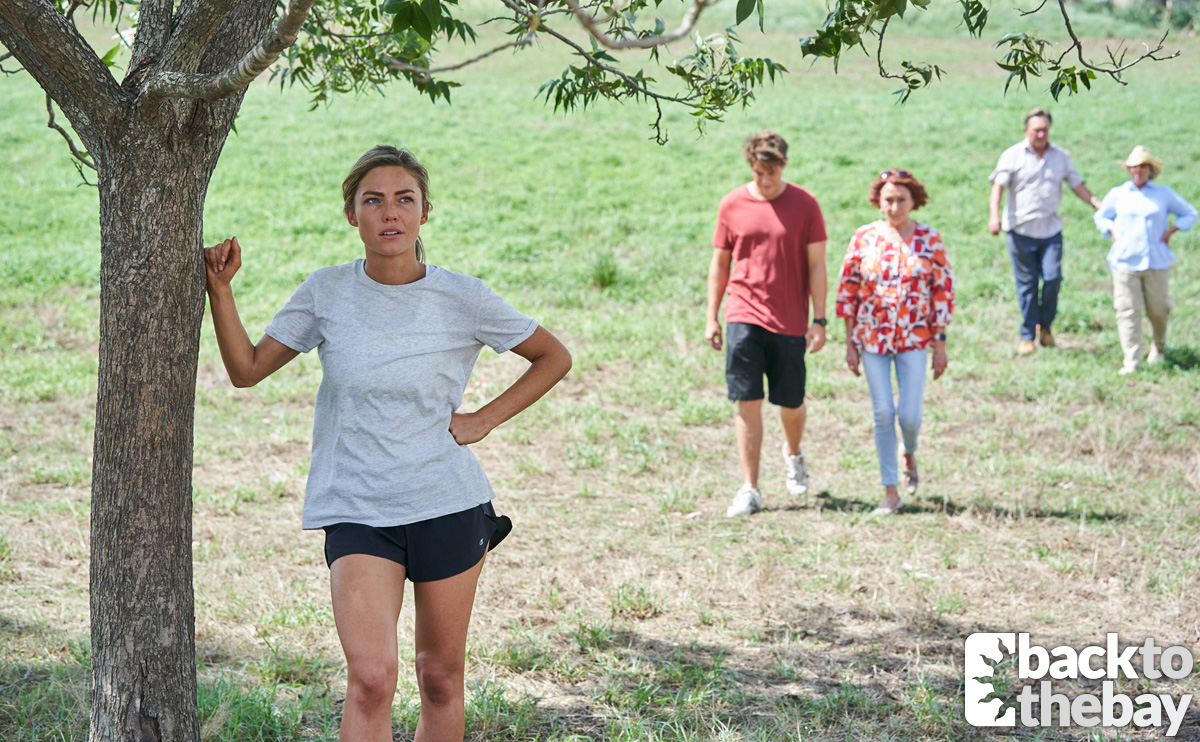 Jasmine can’t believe it when Colby and Irene rock up at the farm the next day, she demands to know why they’re there and tells them she had come to the farm to get away from them. 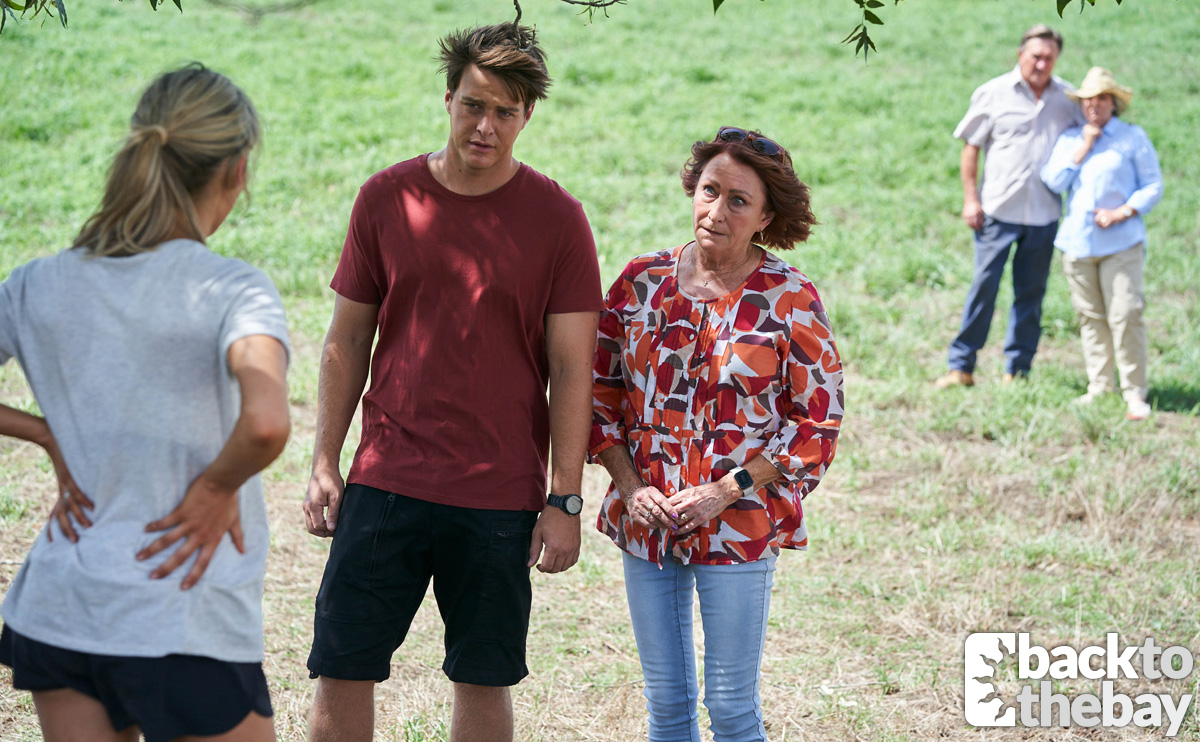 Jasmine feels betrayed that they both sided with Tori when she chose to take Grace away from her. At the farm, she feels safe from people’s judgement, and why shouldn’t she move there if she’s not going to be allowed to see Grace? 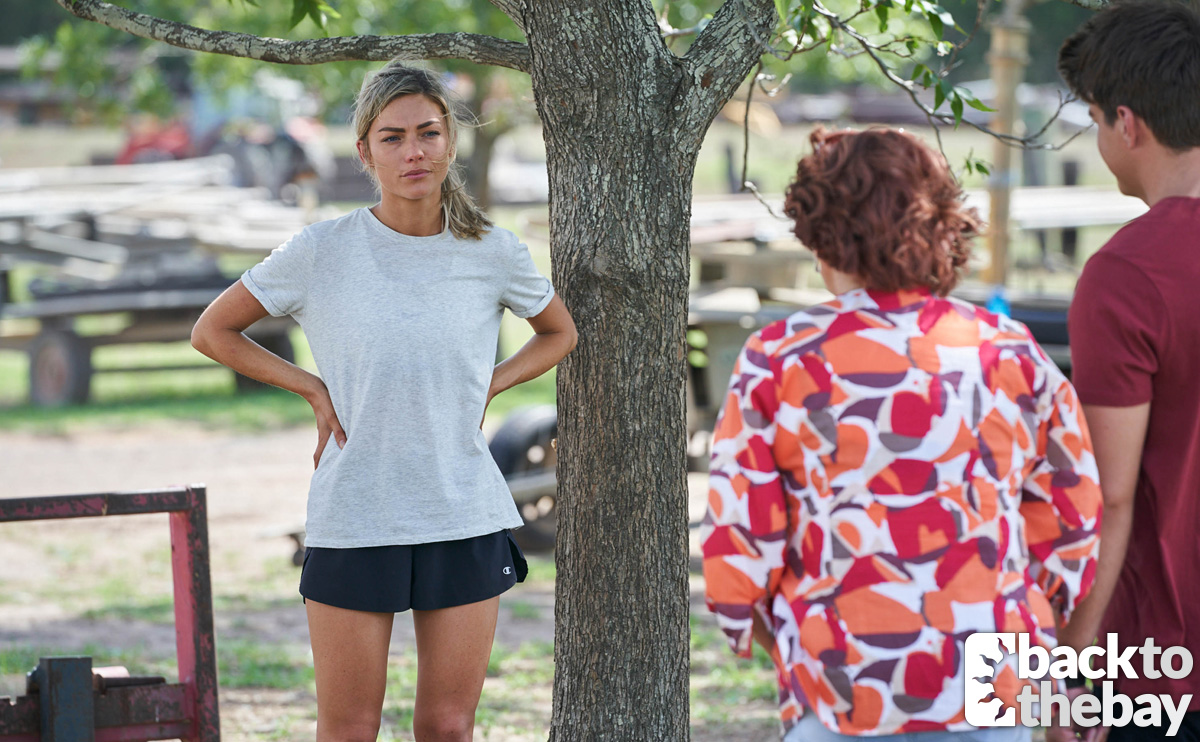 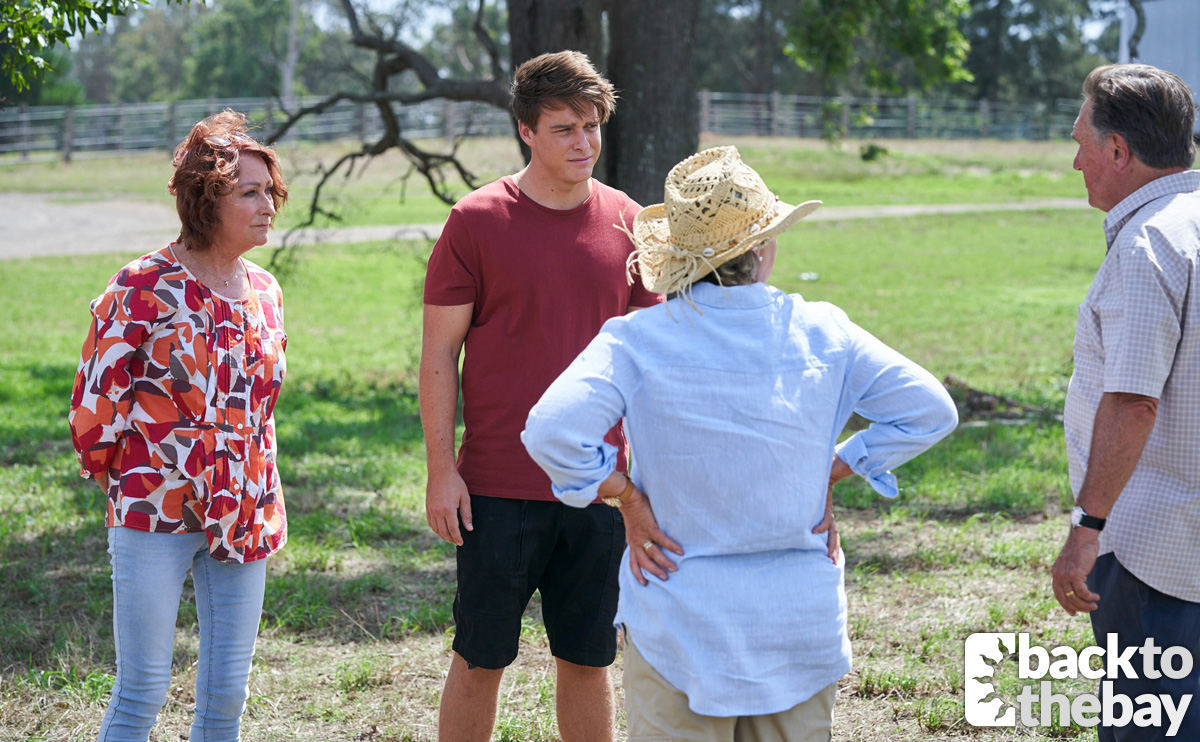 Not getting anywhere with Jasmine, Irene and Colby are forced to tell Ian and Wendy the full story. Whilst shocked at the latest developments, Ian and Wendy agree that Jasmine being there isn’t the best thing for her in the long run, it will only make things worse.

When Jasmine learns of this, she accuses Irene and Colby of trying to turn Ian and Wendy against her too. 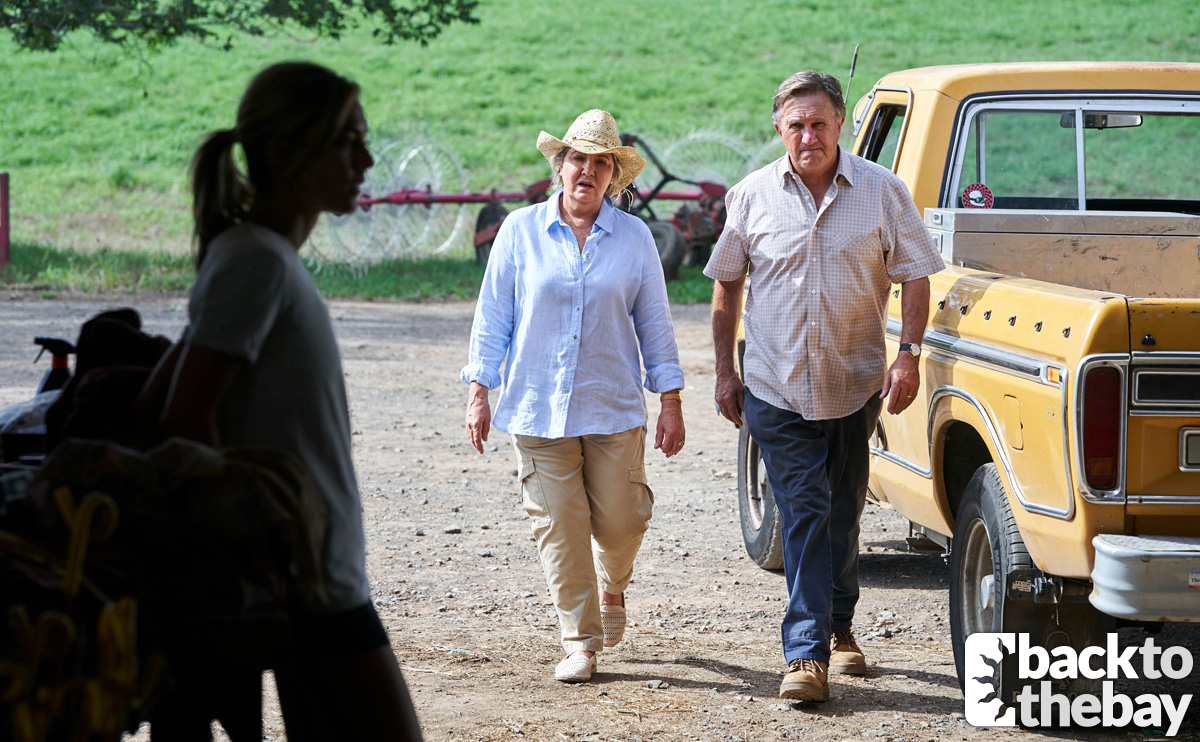 Speaking alone to Jasmine in the barn, the Shaws tell Jasmine that she can’t stay there permanently if she has an AVO against her, for one it means they won’t be able to see their own granddaughter. 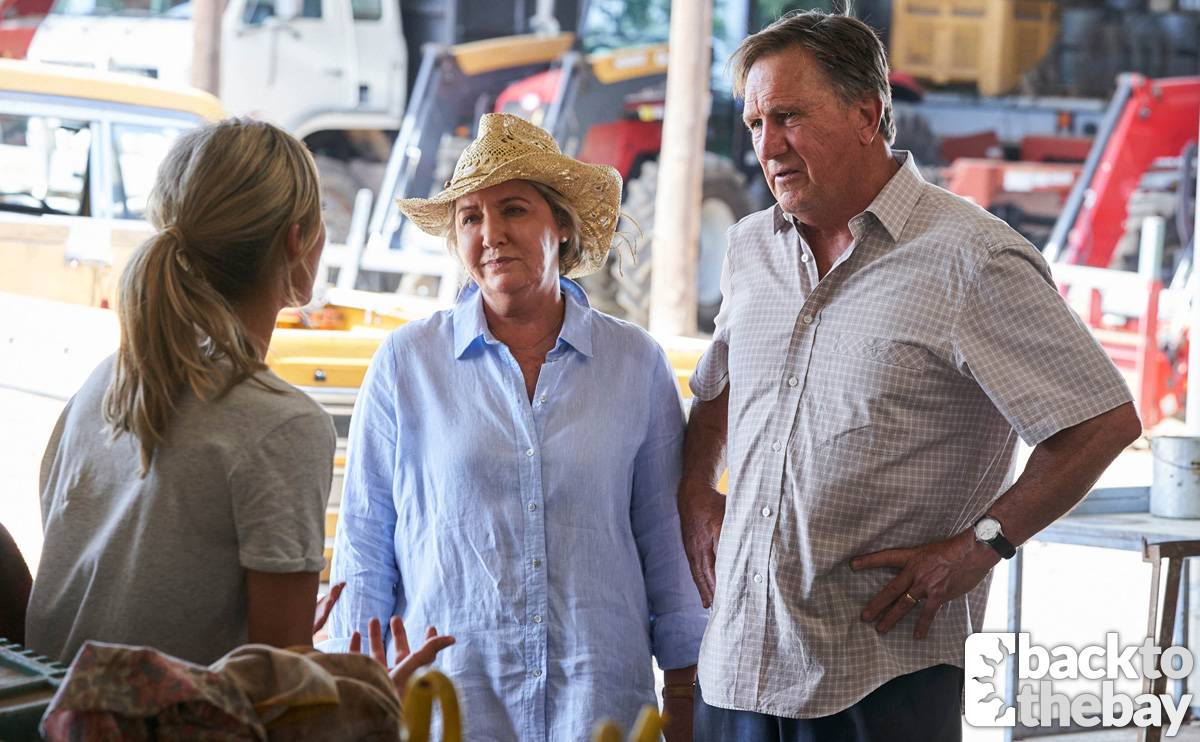 They both tell her that it’s not too late to turn things around, and that she needs to face up to her problems and fight through them—for Grace’s sake.

It’s what Robbo would have wanted. 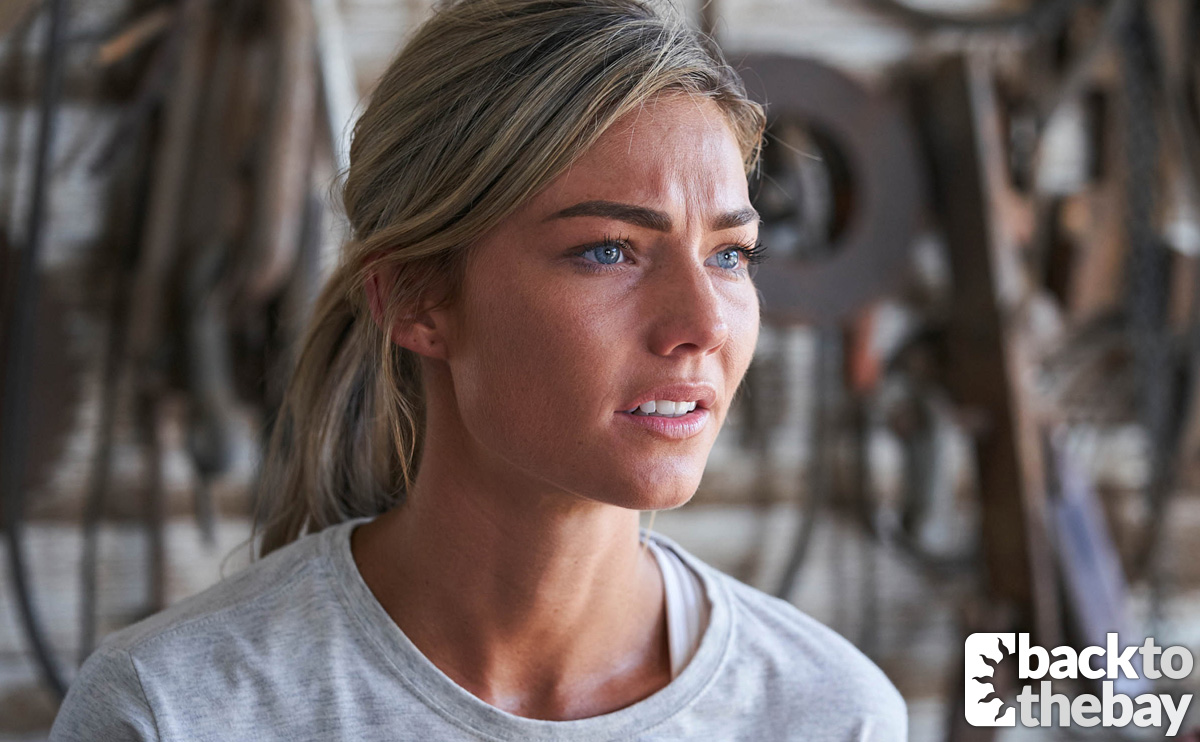 Eventually Ian and Wendy’s words are enough to convince a still reluctant Jasmine to return to Summer Bay. 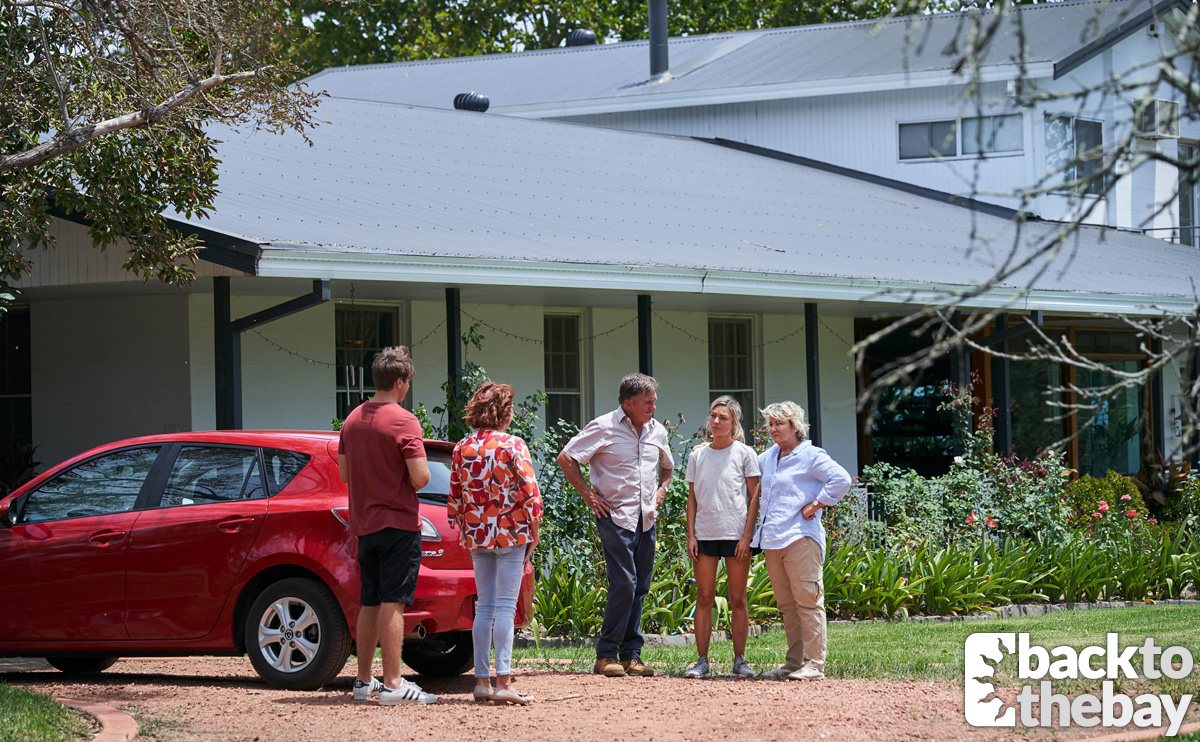 As they say their farewells, Wendy tells her that she’s doing a good thing, and she has every faith that she and Tori are going to work things out. 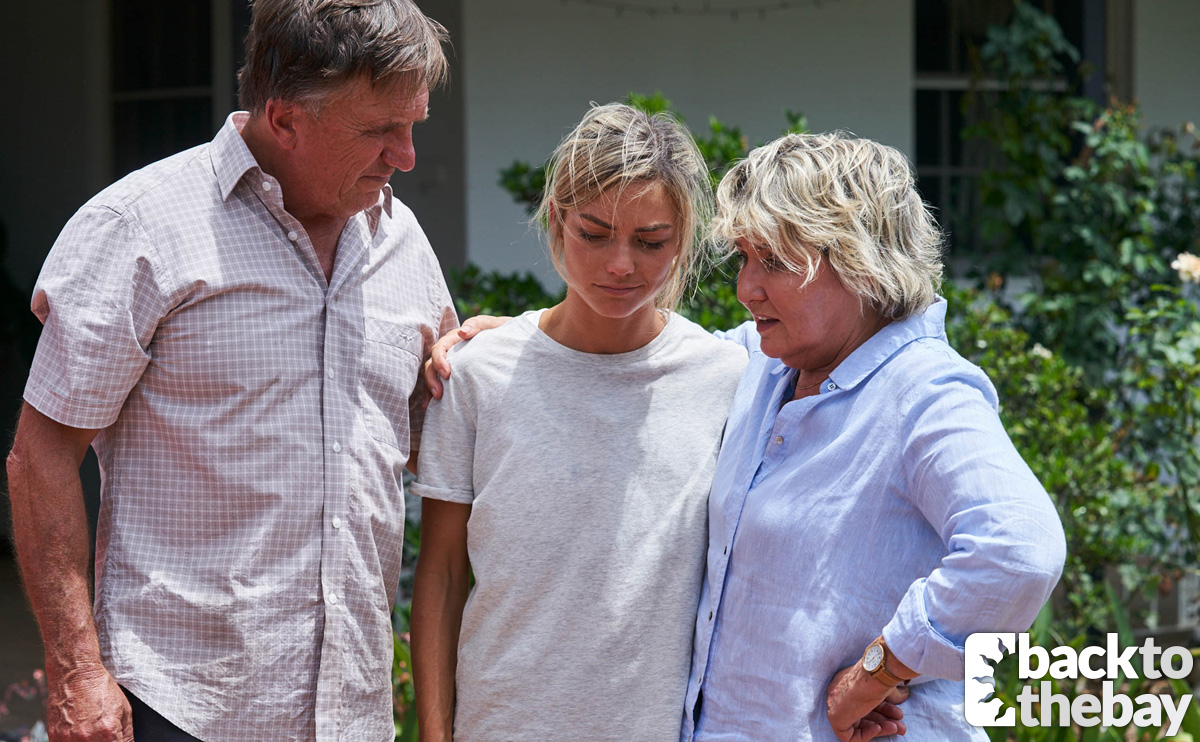 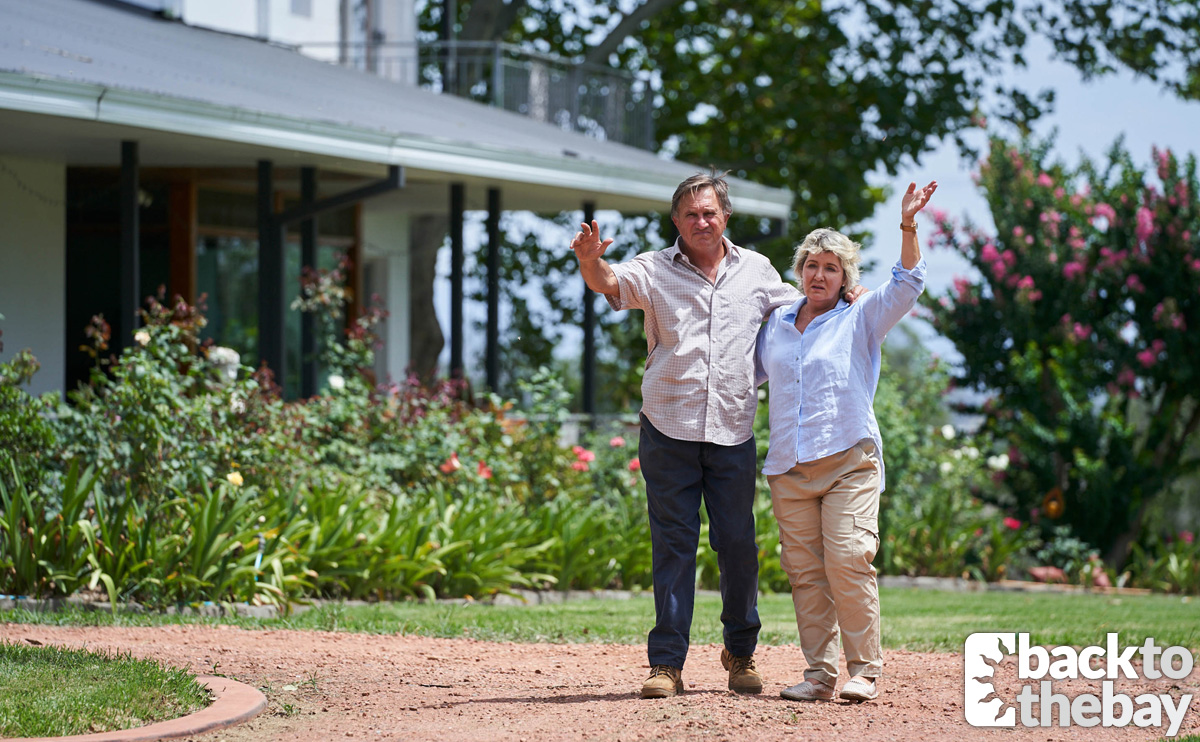 When Jasmine, Colby and Irene finally arrive back in Summer Bay, Jasmine is surprised to find Tori and Justin waiting for her in the diner.

Tori tells her she wants to have a talk…

Here’s the full spoilers for next week in the UK:

Willow reflects on all her failing friendships.

Willow and Amber have a wild night out.

Nikau tries to plan a new date for Bella.

Ryder is in shock over his dad.

Irene and Colby decide to make a mercy dash.

Tori and Justin battle over Jasmine.

Jasmine feels like there is no place for her.

Tori is nervous about hearing from Jasmine.