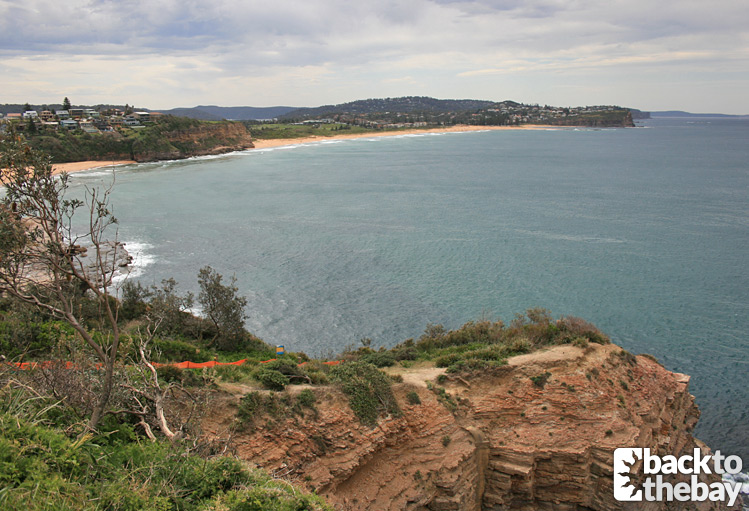 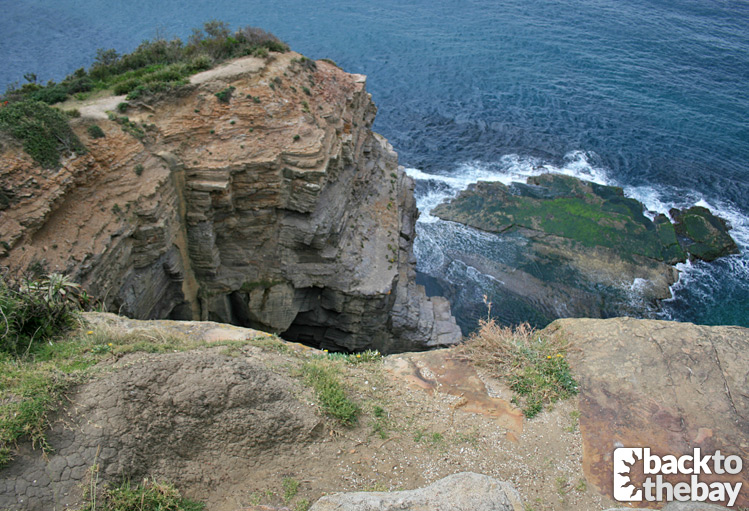 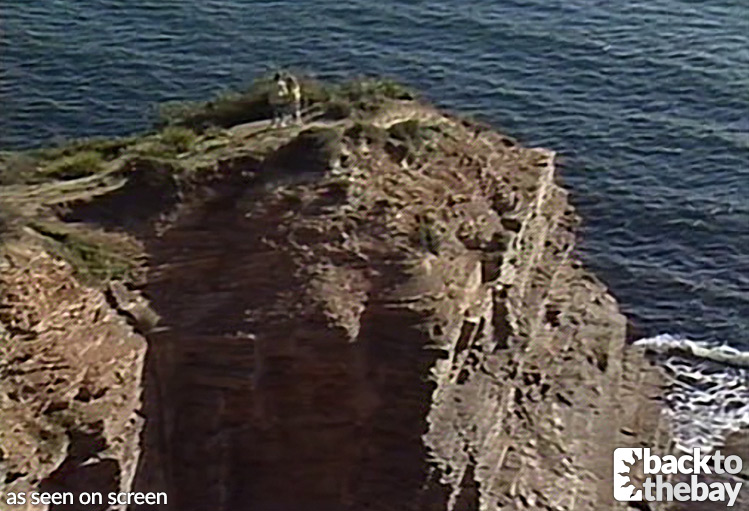 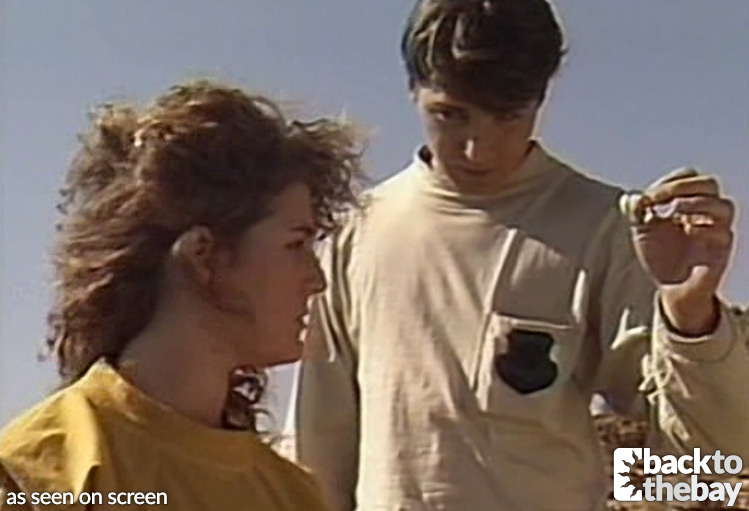 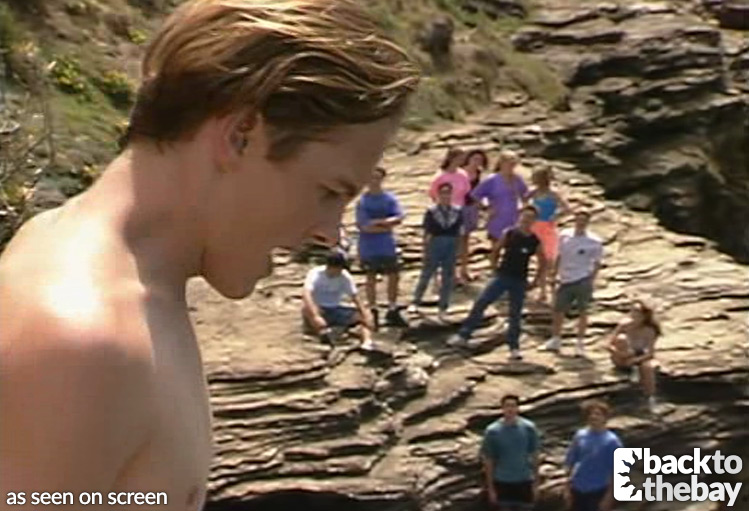 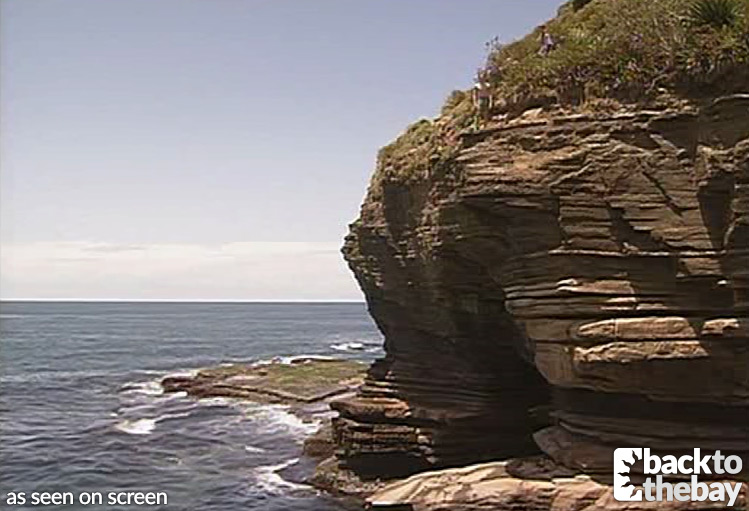 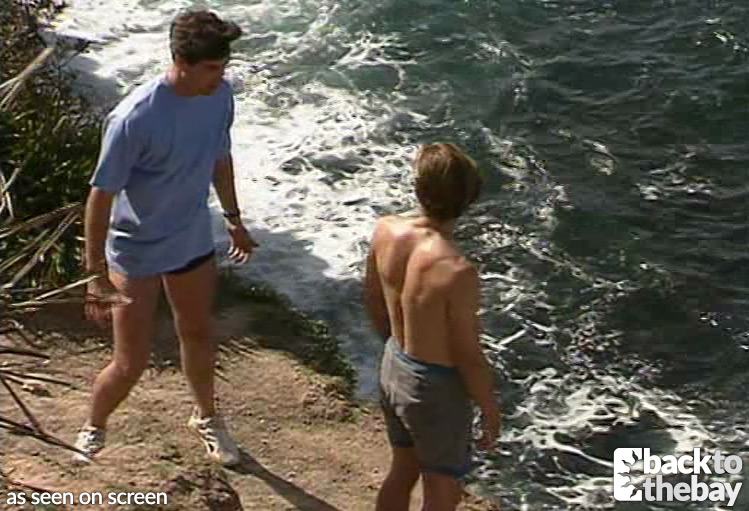 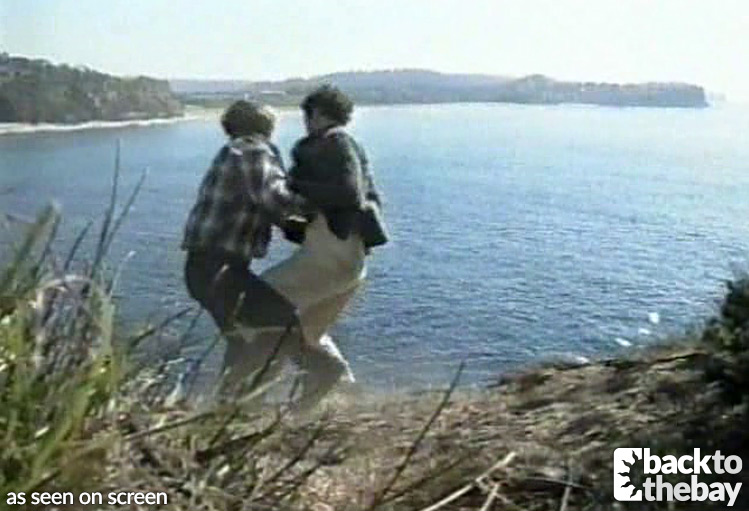 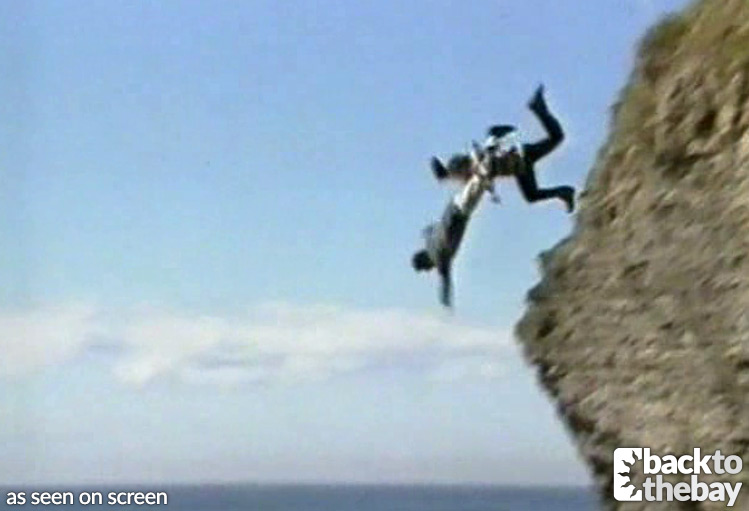 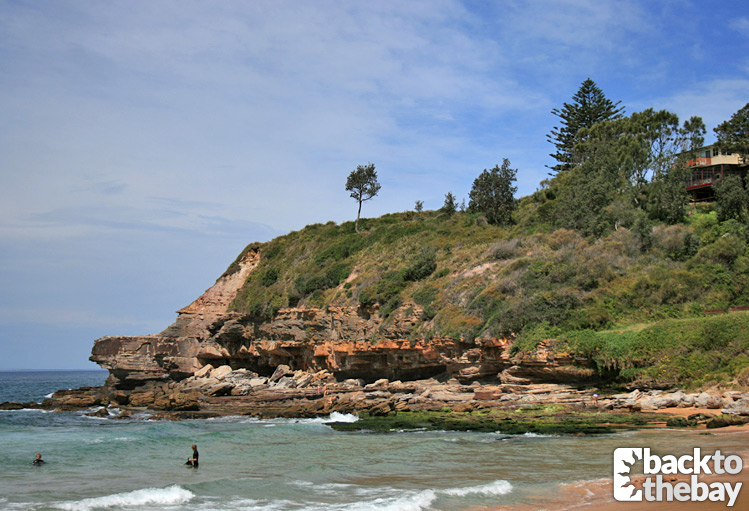 Summer Bay’s Jump Rock is somewhat of a local landmark which has been seen many times over the years, however it’s probably most memorable as the place where Steven Matheson and Dodge went flying off into the water after their clifftop fight in 1995. Since then, both Edward Dunglass and Robbie Hunter have taken the plunge, both going through stages where they wanted to live life to the full (though Robbie’s jump was filmed at a different location). Shane Parrish was also about to complete the jump in 1992 before brother Nick talked him out of it.

Steven doesn’t have much luck with this place, as it was also the location of his accident in 1990 when he’d run away with Viv Newton, falling down the cliff and breaking his leg. It was also previously used for the death of Gary Samuels in 1988, who had attempted to trick Carly into thinking he was going to jump but accidentally slipped off the edge.

Jumping off the 13 metre high cliffs is also a popular pastime with teenagers at the real life location, the Warriewood Blowhole, though extremely dangerous. At least 6 people have died there since 1992, and several others left permanently injured. A quick Google search can bring up several stories, pictures and videos of people’s jumps – though the jump itself isn’t into the blowhole itself, seen in our 2nd photo, but into the sea off the north facing cliff.

The blowhole is located just north of Turimetta Head, overlooking Warriewood and Mona Vale beaches, and just down the road from the location used for the Summer Bay Stingers Ground.

The nearby rock platform, accessible from Warriewood Beach and seen in our final photo, was also used when Tony Holden took Angelo Rosetta on a fishing trip there (however their subsequent fight was not filmed here)