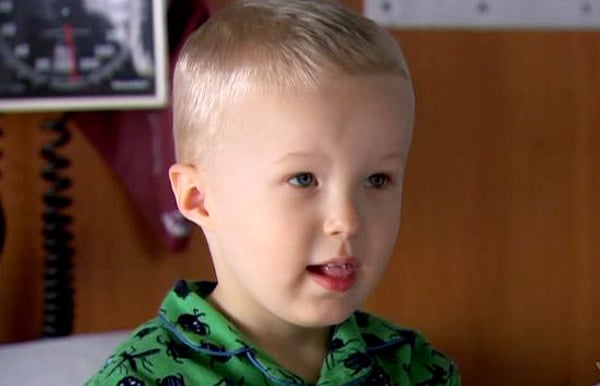 William was the three-year-old son of Dallas Phillips, who Dexter encountered on his first day working at the hospital. William had had his tonsils out and Dexter had difficulty getting him to drink until he turned it into a game involving a sleight of hand trick, where William had to drink if he couldn’t find the cup with the jello under. A few days later, Dexter found that Dallas and William were sleeping in a car, having lost their flat when Dallas had to give up work to look after William. He arranged with Alf and Roo for them to stay at the caravan park and pay rent when they were able.

At the start of the following year, Dexter was left babysitting William while Dallas was working an extra shift and ended up having to rush William to hospital when he had trouble breathing. It turned out William had a nut allergy which even Dallas had been unaware of and Sid assured Dexter no-one could have known. Not long after, William and Dallas moved to a new place in Yabbie Creek.