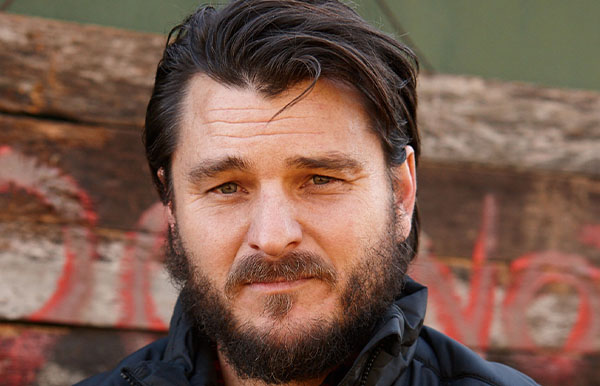 Always a violent and abusive man, Ross killed Andrew Thorne and swooped in to comfort his widow, Michelle. She fell for his charm quickly and the pair wed. Together, they had a daughter, Bella. He always had a fractured relationship with stepson Colby and in 2010, he took off with Michelle and Bella, planning to never see Colby again.

Years later, while trying to find his sister, Colby visited Karen Thompson in a mental facility and learnt that his mother was dead. That night, Dean received a call from Karen, who revealed that there was a tape recording that could be used to bring Ross down. When Colby, Chelsea and Dean listened to it, they learnt that Ross had killed Colby’s father and had threatened to kill Colby as well.

Ross was first seen when Colby and Dean approached the house in their bid to find Bella. Bella texted Ross to inform him that Colby was at the farm. Ross rushed home and drove past Dean in doing so. However, he neglected to see Bella in the back, whom Dean and Colby had taken. After a week, Colby learnt that his mother’s body was found on Ross’ property, and that the police suspected Ross was the culprit.

Three weeks later, after Bella had settled in with Colby and Chelsea, Ross arrived in Summer Bay. He booked into a local hotel and watched Bella interact with her brother from afar. He broke into Colby’s apart and rummaged through papers, which is where he learnt about Colby and Chelsea’s upcoming wedding. In doing so, he found a receipt for a limousine booked to the Pier Diner the day after the wedding.

After the nuptials, Chelsea, Willow and Bella got into the limousine and were shocked to find Ross was the driver. He locked the doors, held them at gunpoint and drove them out of Summer Bay. Ross picked up Chelsea’s phone when Colby rang and ordered that he meet him the National Park. Ross knocked Willow unconscious and fired a gun as Chelsea and Bella tried to run away. He forced them to come back by threatening to shoot Willow and when they abided, he walked them into the forest.

When Colby arrived, he found Chelsea tied to a tree and Bella in Ross’ grip. Ross informed him that he would have to choose between his wife and his sister. He refused to choose and charged at Ross. In the crossfire, Willow was shot. While Chelsea and Bella tended to Willow, Dean and Colby pursued Ross in a high-speed car chase. Ross was able to end the chase by shooting out one of Dean’s tyres. The pair flagged down another driver and were able to take his car to continue the pursuit.

Eventually, Ross got bogged and they continued on foot. Dean and Ross got into a tussle, while Colby retrieved Ross’ gun. Dean tried to talk Colby out of murdering Ross, and for a moment, it seemed to be working. However, when Ross tauntingly urged him to think about Bella, Colby fired, killing him instantly. The pair buried the body in the woods, covering the grave with a piece of corrugated iron and a tyre. When they arrived back in Summer Bay, they maintained that they had lost Ross during the pursuit, only telling Bella, Chelsea and Willow the truth.

For many months, Ross was mentioned in passing as one of the reasons for Bella’s mental health issues, but his disappearance went unquestioned. That is until mid-2020, when his body was discovered in the woods and a police investigation began. Eventually, the truth was revealed and Colby went to prison for Ross’ murder.