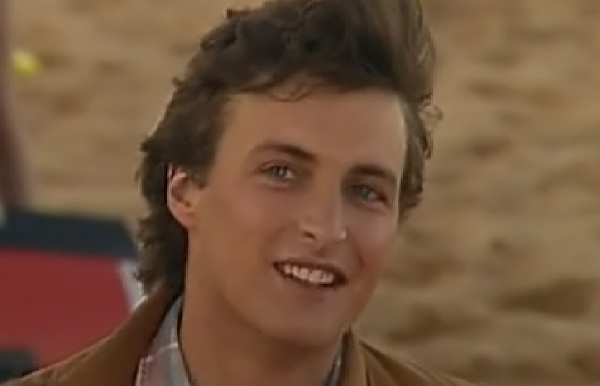 A boy going by the name of Rory turned up at the caravan park claiming to be the son of a man that Tom had served with in the Vietnam War. He talked to Ailsa, thinking she was Pippa but eventually it was discovered that he had the wrong Fletcher family when the real Pippa introduced herself. Despite the mistake Rory charmed his way into staying with the Fletchers and did the vacuuming for Pippa and tried to make breakfast for everybody but burnt the toast.

Despite Steven finding out that he had lied about waiting for money to come through, the Fletchers agreed to let him stay after Sally kicked up a fuss. He and Steven became friends and Steven set him up on a double date with Emma. However, Rory was really interested in Carly and asked Pippa for advice on women. He followed her advice and set up a romantic picnic but Carly found the whole thing amusing, leaving Rory gutted.

He tried to get Carly and Adam back together and took surfing lessons from Adam and Matt. His plan eventually worked when Carly and Adam reunited and Rory seemed overly keen on watching the two of them together. He went for a surf alone just after we heard a radio report of sharks in the bay and he was last seen being pulled underwater. Soon thereafter, Alf confirmed that remains that had been found were positively identified as Rory’s.

A few weeks later, his sister arrived in town and revealed that Rory was in fact called Colin White and that he had run away from home after their father had become sick of his laziness.