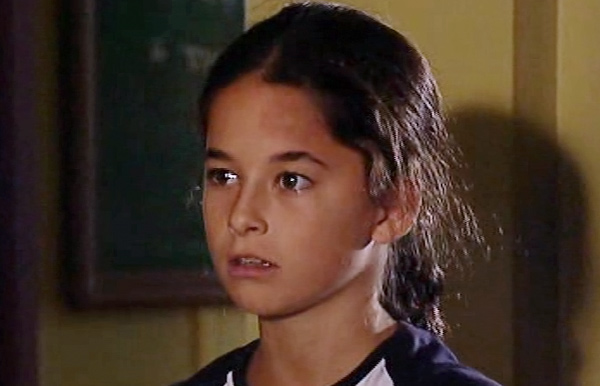 Jodie was a young girl who turned up at the Drop-In Centre. Gypsy was concerned when she noticed she was covered in cuts and bruises and feared she was being abused, calling Sally for advice. When the police turned up looking for Jodie, who had been reported missing by her mother, Gypsy refused to let them take her, saying the Department was going to investigate her for suspected abuse. Noah then accidentally hit Jodie with a door and Gypsy called Doctor Wilson to look at her. He recognised Jodie as a frequent patient, who often had accidents because she had ADHD, and Gypsy allowed her to go home.

Despite Shelley telling her to stay away from the case, Gypsy continued to worry about Jodie. She and Noah went to meet her from school and she told them her mother often hit her. Despite being warned off by Jodie’s mother, Gypsy and Noah went round Jodie’s house when they received a distress call from her. There, Jodie’s younger sister Kylie led them to the shed where Jodie was locked up. Although her mother insisted she’d done it herself, Gypsy decided to take Jodie back to the Drop-In Centre. However, she began to realise she’d misjudged the situation when Jodie asked if her father would come home now. Shelley’s friend Janice Angelo from the Department spoke to Jodie and learned her father had left years earlier and Jodie had been acting up ever since in the hope he would come back.