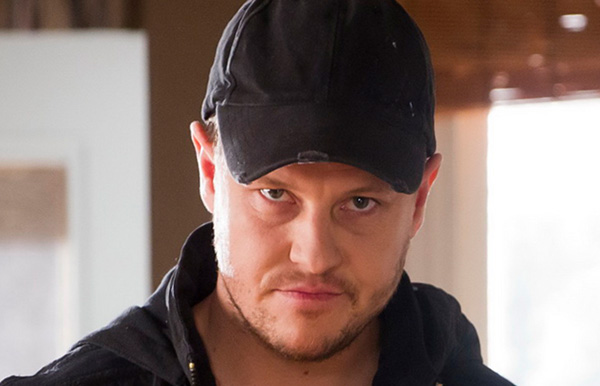 Jake was the leader of a rival gang to the River Boys, who Tegan Callahan took up with after being rejected by Brax. Jake got wind of the fact that Heath and the River Boys were planning to raid his drug crop so he and his men lay in wait for them with shotguns. However, before any shots could be fired, Charlie and the police descended on the scene and arrested everyone present. Jake told Tegan to hide his stash of pills, threatening to hurt her and Darcy if she didn’t comply.

Jake was released on bail and contacted Brax, who he knew was looking after the pills for Tegan. However, instead of turning up for an arranged meeting with Brax, he took Casey and Ruby hostage and told Brax he’d release them if he brought him the pills. When Brax turned up and Jake realised a bag was missing (Heath had been caught with it by the police after running off with it), Jake pulled a knife. He managed to stab Brax but Brax locked him in the boot of his car with the drugs, where he was found by Charlie and arrested again.

Jake’s hatred of the Braxtons increased when Heath agreed to give evidence against him in exchange for being released and when Tegan told him Brax was seeing Charlie, leading him to suspect them of conspiring to put him away. Heath vandalising his car and Casey setting fire to the gang’s headquarters also served to incense him. He orders his brother Hammer to kill both Brax and Charlie, but this resulted in Charlie shooting Hammer dead as he was about to kill Brax.

Jake then worked with his lawyer Hayley O’Connor (who he was blackmailing over her drug habit) and disenchanted River Boys Benji Perin and Sam Foster to frame Brax for armed robbery. When that failed, Jake managed to get himself released on bail and went straight round to Charlie’s house where he shot her twice, fatally wounding her. He then lay in wait at Brax’s house but Brax managed to get the better of him in a struggle and Jake fled. Brax chased him to near the beach and tried to strangle him but was interrupted when Constable Avery arrived to arrest Jake, who tauntingly told Brax to remember the pain.

Despite this, Jake was at large again two years later when he was revealed to be the employer of drug dealer Cody Dalton. He met with Andy and learned he was resentful of Brax’s bond with his brother Josh. Jake told Andy that Brax had taken his brother away from him and he’d stop Brax doing the same with Josh, goading Andy into hitting Brax and then persuading him to play the reformed character in order to get close to the Braxtons. However, Andy began to appreciate Brax and Casey’s trust in him and told Jake he wanted to pull out.

It was at that point that Jake revealed he intended to kill Brax. He took Josh hostage in the hope that Andy would go to Brax for help and also sent Cody to lure Brax to him. Instead, Casey and Andy turned up to rescue Josh and managed to drive Jake off. However, when Jake saw Brax and Kyle arrive at the shack, he fired a shot through the window. It wasn’t until some time later when he called Andy that he learned he had missed Brax but killed Casey. However, he refused to let the matter drop, sending a wreath to the family home with a mocking message and delivering a letter to Brax at the funeral telling him to get a double plot.

Some days later, Jake arrived back at his hideout to find Brax and Andy waiting for him. He drove off but Brax forced him off the road. As they faced off, Jake’s car exploded next to him, badly injuring him. The police and ambulance services swiftly arrived on the scene and Jake was taken to hospital. There, Emerson revealed that Jake had been ruled unaccountable for Charlie’s murder on psychiatric grounds and sent to a low security prison, which it was implied he had simply walked out of. Nate and Hannah insisted on treating him despite what he’d done and Brax failed to disconnect his machines as he was taken to theatre. Jake was stabilised and placed under guard but Andy got into his room and disconnected his life support machine, killing him.