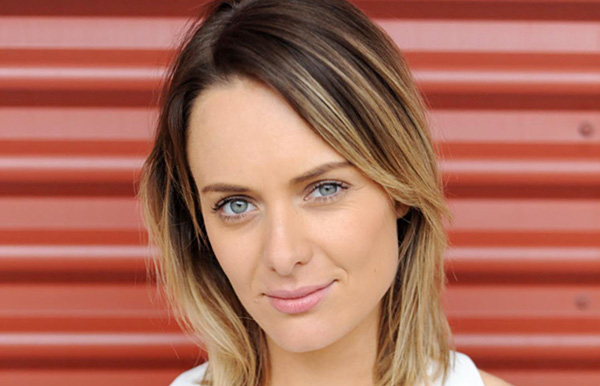 Henrietta Brown, known as Henri, arrived at Summer Bay High in early 2012 on a temporary placement as an English teacher. She had once been a pupil at the school and Roo had known her mother. During her previous stint in Summer Bay, she had dated Heath, and the fact that she was keen to renew her acquaintance with him caused frostiness between her and April, Heath’s current secret girlfriend. April turned Henri away when she came to the house during Bianca’s hen night, saying it was close friends only. Henri continued to spend time with Heath, getting drunk with him during Liam and Bianca’s wedding, attending one of Brax’s cage fights with him and going to a party at his house, while letting Bianca know that April was neglecting her schoolwork.

Henri was also pleased to see Casey again, although that didn’t stop her getting into an argument with him that landed him in detention. Casey tried to talk to her about his time in juvenile detention but they were interrupted by Tyler Blackburn, a friend from that time. Casey showed signs of being jealous of Henri’s continued interest in Heath, eyeing her up during detention. He confided in her that he had thrown boiling oil over someone who was about to stab Tyler, scarring him, and worried that he was destined to end up like his brothers. Henri told him he was nothing like Heath. When April got a C+ in an assignment, Henri revealed she had messed up her schooling by dating Heath, warning April not to do the same.

After a difficult few days where she argued with Tyler, upset Leah by assuming she was with Brax and had April convince Bianca to withdraw a dinner invitation, Henri met Heath, who April had tried to take to dinner, at Angelo’s after hours and ended up having sex with him. However, he convinced her to keep it a secret and carried on seeing April. Henri convinced Heath to go away with her but, after she’d booked a weekend getaway, he cancelled. When April saw the booking and assumed Heath had made it for them, Henri made sure to get there first and let April catch her with Heath in the room. She then indicated to April and Bianca that they’d slept together, resulting in Heath and April breaking up.

The news also upset Casey, as he and April played truant together to avoid her. He accused Henri of liking him and they kissed, nearly being caught by Bianca. Henri told him nothing could happen between them while she was his teacher so he attempted to quit school, prompting her to step in and end up tutoring him. Casey came to her house and kissed her again. She went to dinner with Gina rather than meeting Casey, but ended up sleeping with him. When Gina came to the house while they were in bed together, she again insisted things had to stop.

Heath attempted to confide in her after discovering he was the father of Bianca’s baby but soon reverted to his earlier flirtatious behaviour. As a result, Henri went back to Casey. She had to react quickly when Gina came to the house when they were due to meet, then slept with him again while tutoring him at his house but was unaware April had seen them kissing. She told him that they could be together once her job at the school finished but when Gina offered her a permanent job, she chose that over Casey, even after learning April knew about them.

After Casey told Heath he’d slept with Henri during an argument, Heath confronted her about it in front of Gina. Henri convinced Casey to tell Gina that he’d lied. April told her that Casey was staying off school to avoid her so she went to see him and convinced him they couldn’t be together. However, when she kissed him goodbye, this time it was VJ that saw. Although Casey tried to claim the kiss had been one-sided, Gina got the truth from VJ. Henri was suspended pending an investigation and Brax ordered her to leave town.

Casey got her address and went to her place in the city but on seeing him she locked herself inside. She eventually opened the door but refused to let him in, saying she had left town because she’d lost her job, claiming it had just been a bit of fun between them and refusing to let him move to the city with her. Ruby arrived while Casey was sitting outside and convinced him to leave, with Henri crying as she watched them from the house.