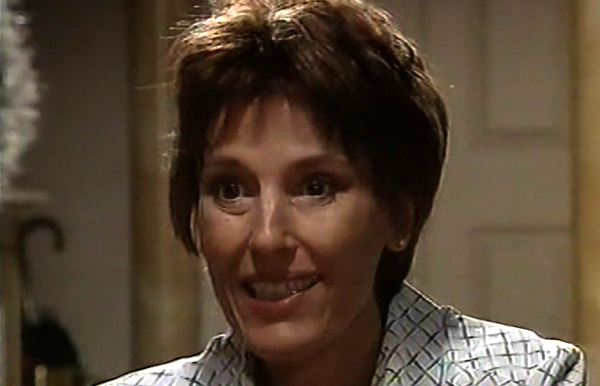 When Marilyn disappeared shortly after having Byron, leaving Donald in sole charge of their son, Donald hired Ellen as a nanny/housekeeper to help look after Byron and the house. She soon won over both him and Sam, who was living with them.

Only a few weeks into her stay with the Fishers, Ellen was recognised by Diana Fraser, who told Donald that she had once been under investigation after a child died in her care. However, when Donald got Ellen’s side of the story and learned she had been cleared of all responsibility, he took her side and warned Diana not to spread malicious gossip about her.

Ellen’s teenage daughter Miranda came to stay in the household and started dating Joey Rainbow. Ellen encouraged her to be honest with Joey about the fact she was HIV positive, having been infected by an old boyfriend. Miranda instead gave Joey a cover story, resulting in Ellen accidentally revealing the truth to him. Ellen helped Miranda see it was keeping secrets rather than being HIV positive that upset Joey, and Miranda decided to go back to boarding school and give her friends a chance to come to terms with it.

Ellen had an awkward first meeting with Marilyn when the latter walked into the house and picked up Byron, causing Ellen to briefly believe she was a stranger. Donald was reluctant to trust Marilyn again and asked Ellen to stay on long-term. However, Ellen realised her presence was getting in the way of Marilyn bonding with Byron and reconciling with Donald, so reluctantly said goodbye to him and the Bay.