Home » Home and Away Characters » A - F » Donna Bishop 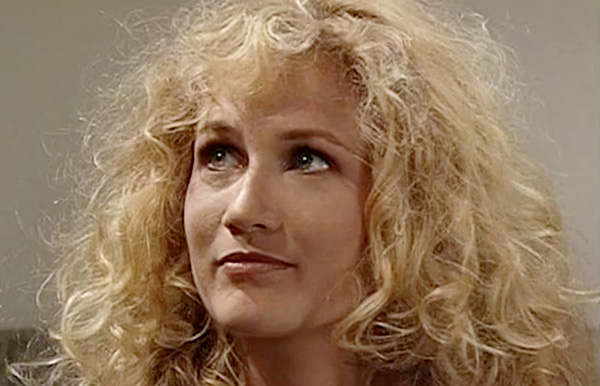 Donna was an old girlfriend of Rob and arrived in Summer Bay towards the tail end of 1994, whereupon she started flirting with Rob under the prying eyes of Alf. Ailsa was soon telling Donna to leave Rob alone as Roxy had recently been diagnosed with breast cancer. Donna was then privvy to a large argument between Pippa, who was going through maritial problems with Michael and Jack. Donna told a lady from community services that Pippa was ripping shreds into Jack, however Ailsa covered for Pippa and said it was only a small argument. Rob and Roxy soon broke off from their relationship and Roxy left town.

Donna then started counselling Shannon who was having nightmares about being chased and grabbed. She denied to Donna that these things actually happened, but after more nightmares, Shannon admitted to Donna that she realised she must have been abused when she was a child. After another night of the Ross house being kept awake by Shannon’s screaming, Shannon revealed to Donna that she remembered that her uncle Tim used to abuse her. Donna and Rob then threatened to restart their relationship, but Irene had a go at Rob and Donna moved in with the Ross’ at Summer Bay house.

Rob then hit Jack over the head for arriving late and Donna had a go at Rob, saying he could have been up on assault charges. When Rob decided that he wanted to leave and buy the boatshed, Donna then started trying to convince Rob to stay at the school, but his mind was made up and a new teacher was drafted in, Andrew Warren, who the mere mention of his name to Donna made her feel uneasy. She immediately went over to Don’s to try and talk to him about Andrew, but Don wasn’t there and she got the disabled Angel instead. When Andrew turned up later at the surf club with Donna there, she told him to go away and he kept on trying to apologise.

Rob soon wondered why Donna was holding so much animosity towards Andrew and she swore to him secrecy that she had once lived with Andrew and he had hit her. Rob went over to the school and told Andrew that he was to leave Donna alone. Andrew then went to Donna, telling her about Rob threatening him and so then Donna went to Rob telling him just to keep his nose out of things, though she soon apologises. Don has a go at Donna that she can’t keep on treating Andrew this way. Andrew continued to try and apologise, but Donna refused to believe he had changed.

Donna’s vendetta was soon damaging Andrew’s professional career, as Jack looked uncomfortable around Andrew and Donna let on to Pippa that Andrew had previosuly abused her. Finally, it got too much for Donna and she ended up slapping Andrew herself and embarrassed, she ran off down the beach and started crying. However, she then began to realise that maybe Andrew had actually changed and he promised that he would never hit her again. Michael bans Andrew from visiting the house after hearing of what Andrew had done to Donna, but Donna talked Michael around from the action, saying she wouldn’t want to hinder Jack’s HSC because of a personal matter.

Soon, Andrew and Donna began to hang out in a friendly manner, despite Rob still having something against Andrew, much to Donna’s annoyance and she soon went on a platonic date with Andrew and soon she was telling him that “she loved him”. She is then soon regretting that and is hesitant towards getting back together with her. Rob however continued to interfere with Donna’s relationship with Andrew, taking swings at him in the diner and Donna had to have a got at him for continuosly interfering with her life. Donna then spent a night with Andrew at his house and she then took up his offer that she move in with him.

However, after getting back together with Andrew, Donna started spending more time with Travis and Rob and this made Andrew jealous, smashing a glass as she rattled on about Rob to him. Rob then helped Donna move her furniture into Andrew’s place, however, when she kissed him to think him for helping, Andrew spotted this and began to shout and have a real go at Donna, looking as if he was about to hit her. When Andrew turned his back, Donna made a run for Shane and Angel’s house. Andrew left the bay in disgrace and Rob soon asked Donna if she wanted to go out with him, but they don’t go out and a week later Rob mysteriously disappears into thin air.

She decides to press charges against Andrew.

Donna then moved into Travis’ house, where she slept in the lounge. One night she heard noises and thinks that a burglar is trying to break into the house, thinking it’s Andrew. It turns out to be Travis who was securing the boat during a storm, but paranoid, Donna hits him over the head with a saucepan.

Donna’s father and brother arrived in Summer Bay and her brother, Gus, turned out to be a vandal, busting Travis’ watch and stealing Shane’s radio. Donna then gave up on her brother, who was a bit of a no-hoper, resigned from her job at the school and decided to go travelling with Travis. Whilst Travis returned to the bay soon after, Donna never returned.