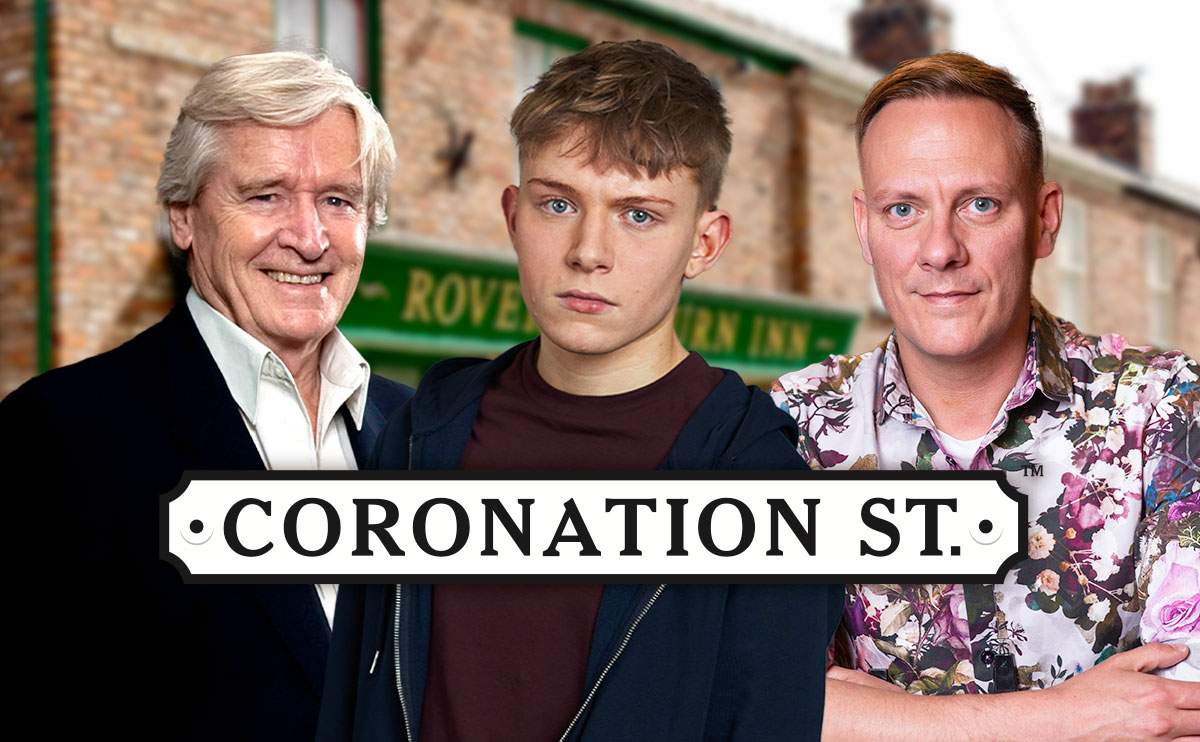 This week on Coronation Street, Ken realises he’s torn between two women, Sean hits Laurence with a big accusation, and Max starts an online petition against the refugee support hub.

There are some changes to the schedule as a result of the World Cup. This week’s episodes are currently scheduled to air Sunday 7pm, Monday 9:15pm, Tuesday 8pm and Wednesday 8pm.

With ex-girlfriend Martha (Stephanie Beacham) now back on the scene, Ken (William Roache) admits to Wendy (Roberta Kerr) about their history. Assuring her that it’s all in the past, Ken explains that after their messy break-up he needs to build bridges with Martha, for the sake of the production.

When Tracy notices Ken lost in a world of his own, she knows that it only means one thing—he’s in love—but Ken is beginning to realise he’s torn between the two women… 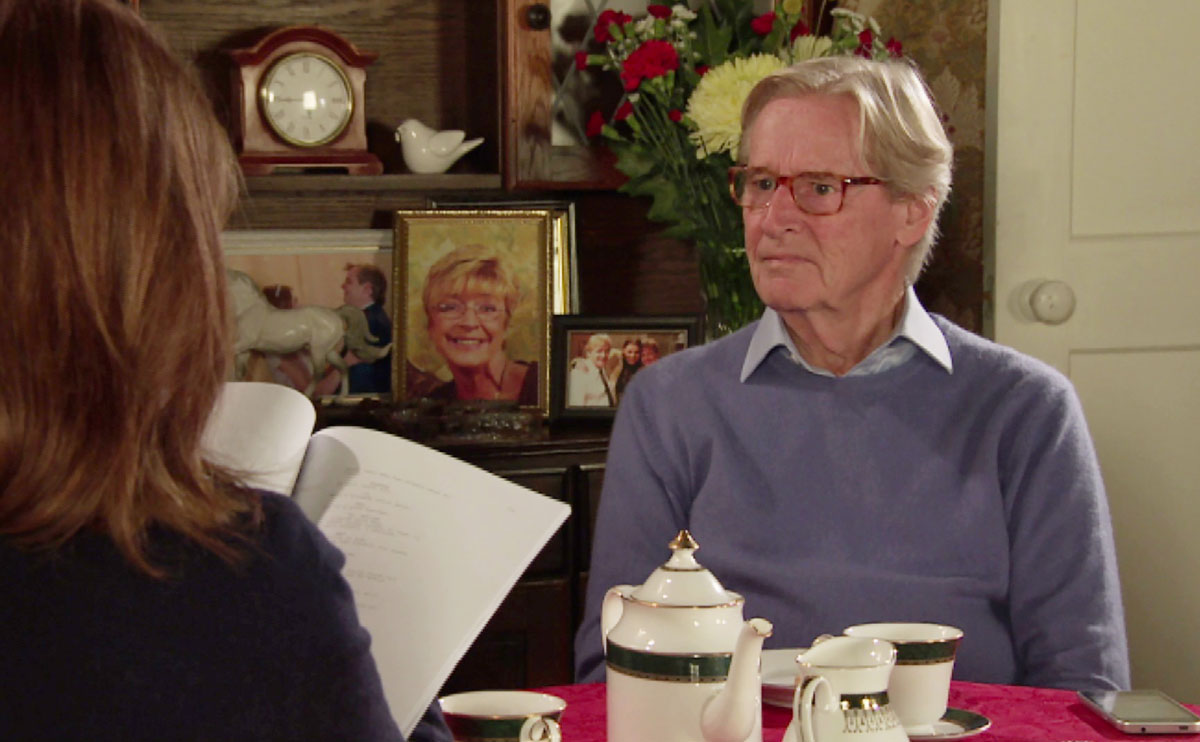 When Mary (Patti Clare) fluffs her lines at the group’s next rehearsal, she blames it on the script, with Martha suggesting to Ken that they can look at the script together and change the wording. 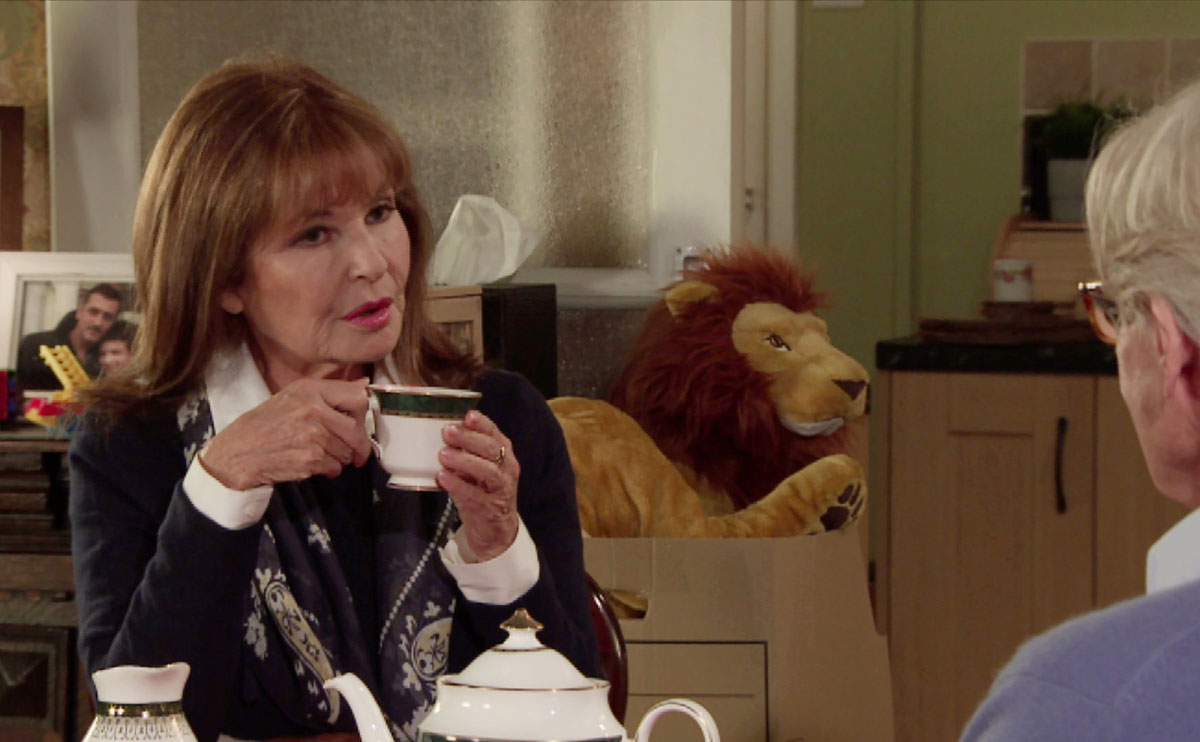 As they chat over the cuppa, Ken receives a message from Wendy, but he simply explains to Martha that he has a ‘prior engagement’…

Is the street’s lothario returning to type? 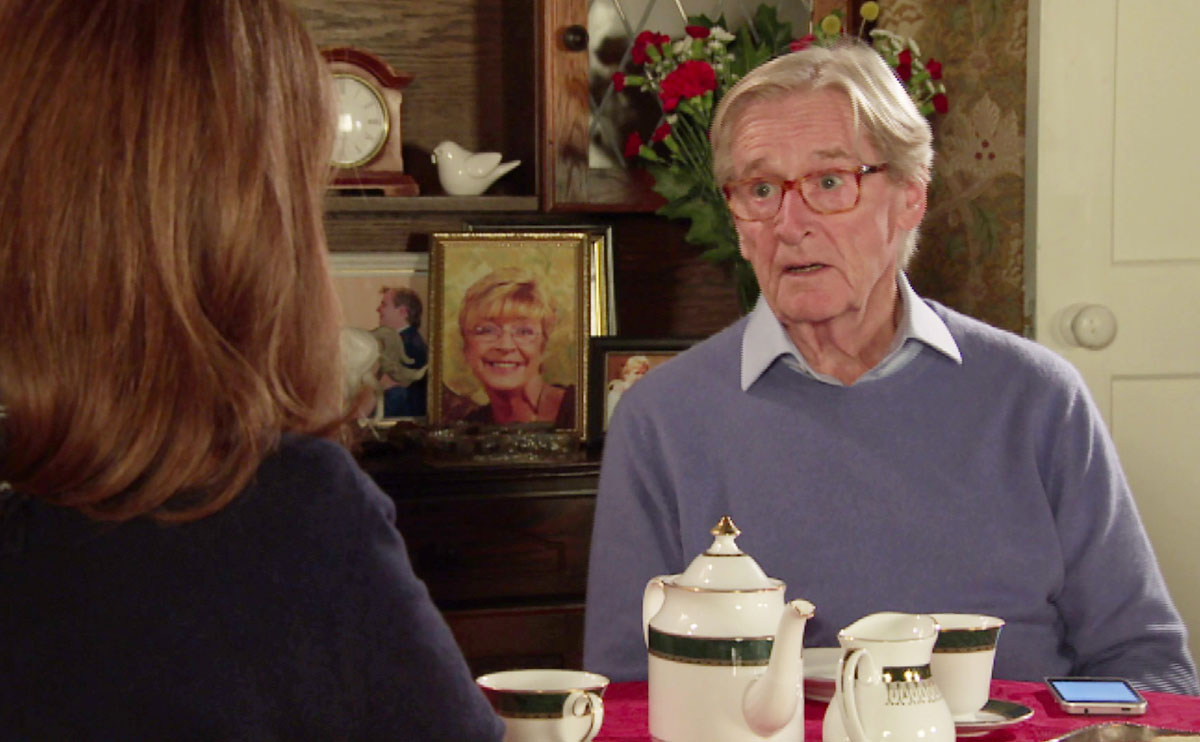 Sean (Antony Cotton) is still moping after his split from Laurence (Robert Shaw Cameron), and his son Dylan (Liam McCheyne) is getting fed up of his constant overbearing presence. After Dylan confides in Todd (Gareth Pierce) about his dad, Todd tries to urge Sean not to give up on Laurence completely.

In a move that won’t win him any favours, Sean decides to leave Laurence a stinking message. When a drunk Laurence later appears at the Rovers, he tells Todd about the message and admits that he still really likes Sean. 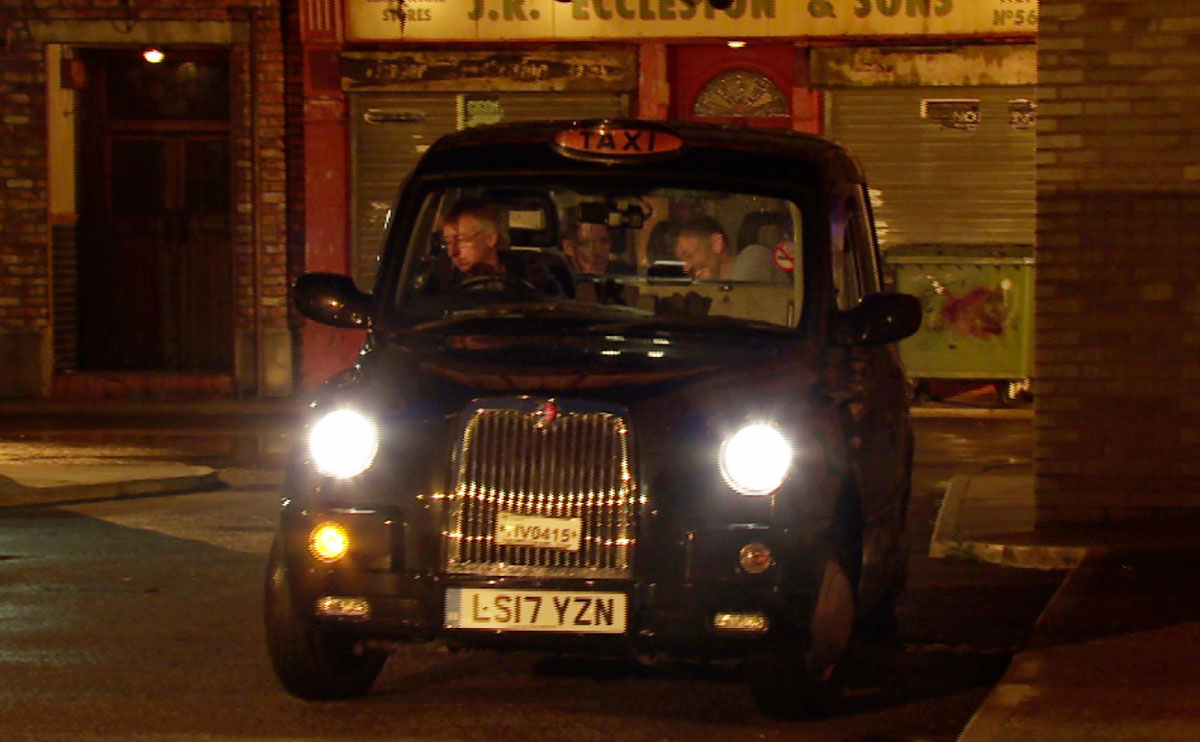 Todd helps Laurence into a waiting cab, but when his mum Eileen (Sue Cleaver) spots them whilst coming out of the chippy, she gets the wrong idea… 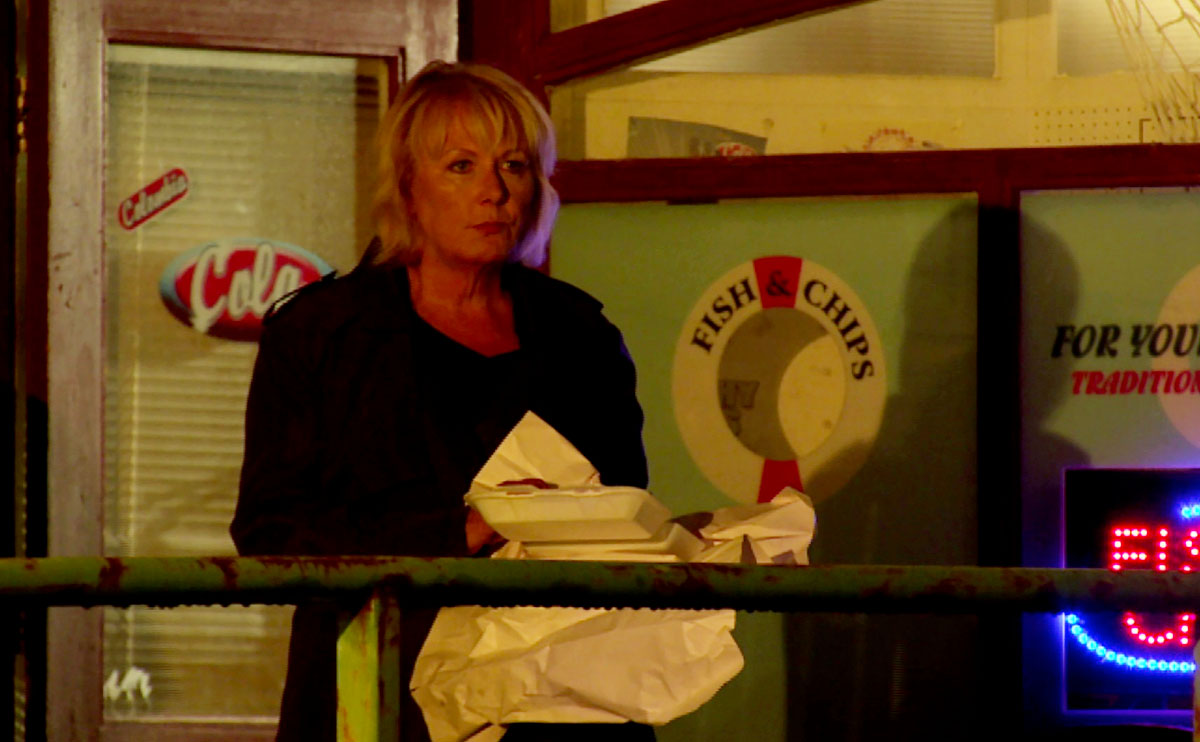 After Eileen explains to Sean what she thinks she saw, Sean doesn’t believe Todd’s claims that it was all completely innocent.

When Laurence returns to the street and finally sees Sean face to face, he’s stunned when he’s accused of copping off with Todd. 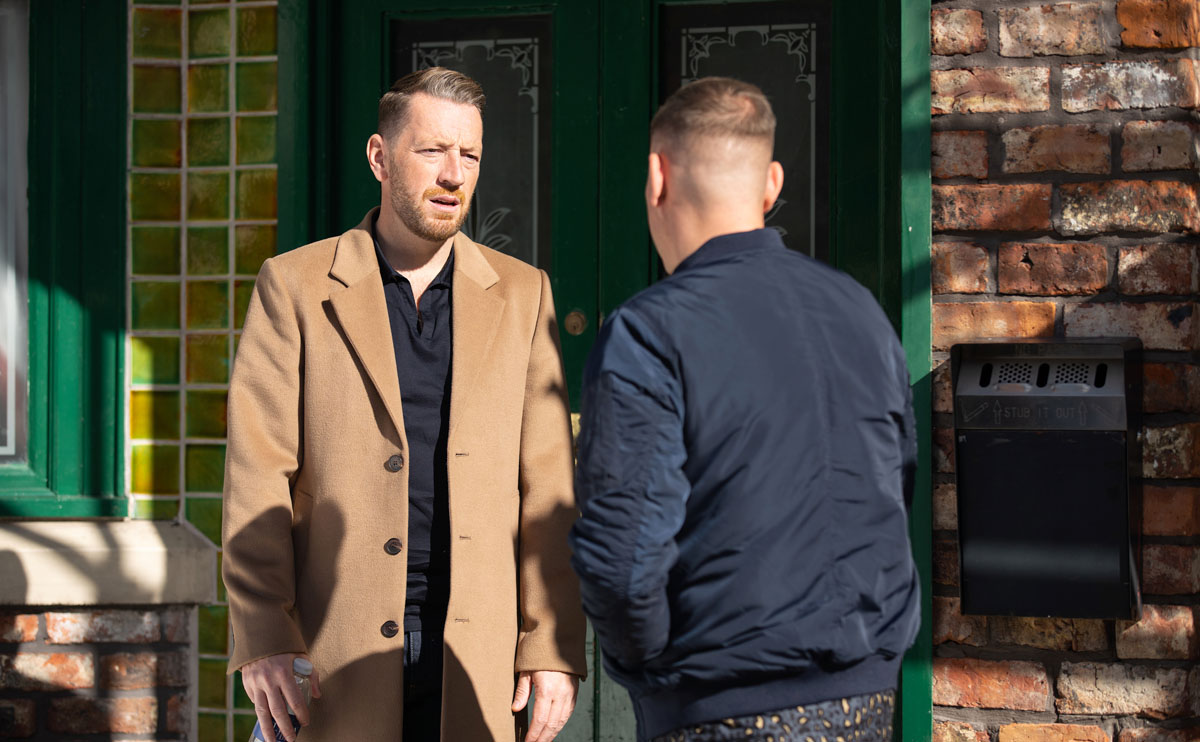 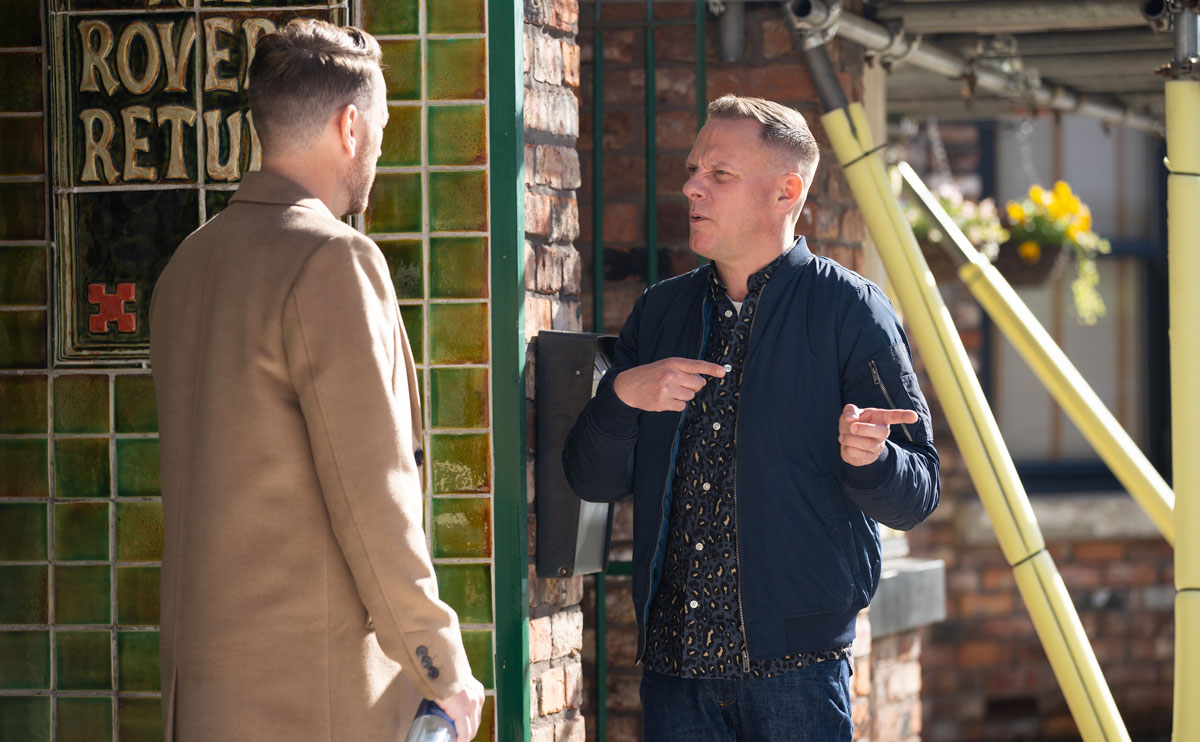 But when Daisy (Charlotte Jordan) backs up Laurence’s story, Sean is mortified at the mistake he’s made. Has he now blown things completely with Laurence?

Griff and his minions continue to make their unwelcome presence known, as Maria (Samia Longchambon) continues her work to set up a refugee support hub in the community centre.

When Max (Paddy Bever), who is currently being groomed by the group, spots Maria ripping down Griff’s posters, he warns her that Griff won’t be happy at her attempt to stifle free speech.

Calling on Max’s social media wizardry once again, Griff instructs him to set up an online petition against the refugee centre. 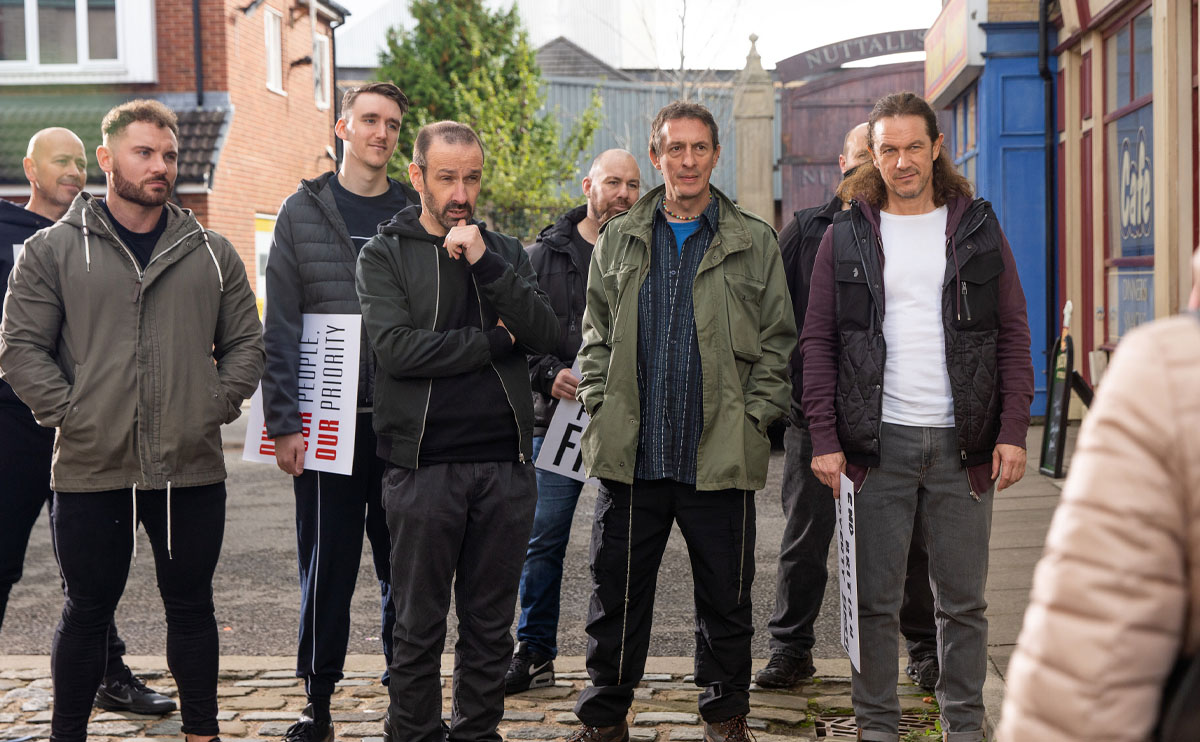 Undeterred by Max’s warning, Maria and Sally meet up with Daryan (Twana Omer) outside the centre on Victoria Street to discuss plans, but they’re horrified when Griff and his entourage approach, Spider (Martin Hancock) included. 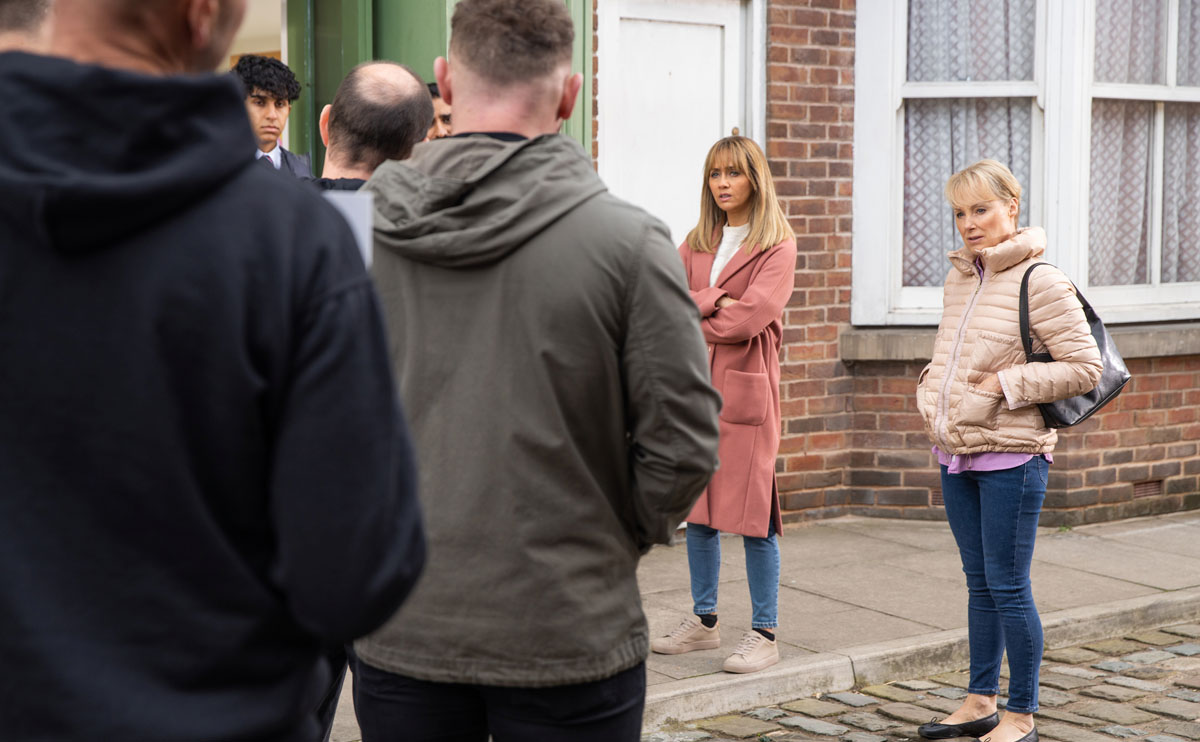 As Griff says his piece, he shows Maria the petition that has been set up, and she’s shocked to see just how many signatures it has gained in a short amount of time… 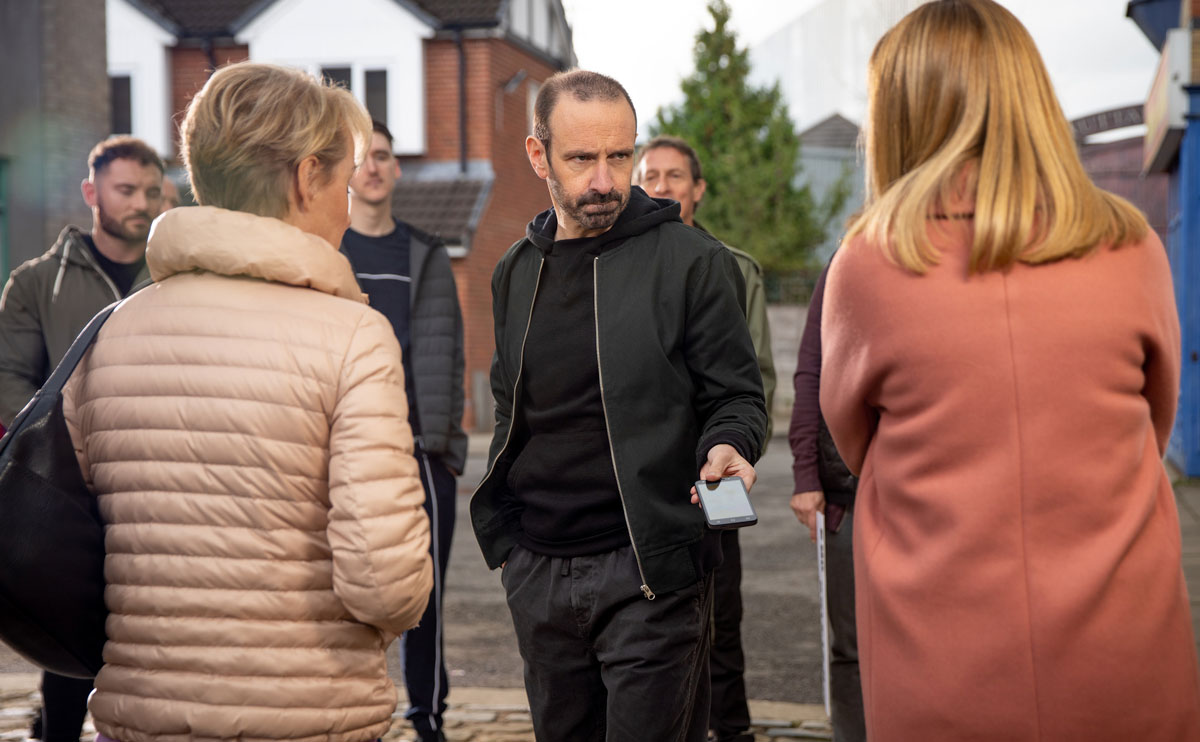 Is the plan doomed to fail?

There’s surprise all round when Steve (Simon Gregson) returns from his trip to Spain in a wheelchair, having broken his ankle.

As he gives a spiel of how the incident occured, he later confesses to Tim (Joe Duttine) that he was being a little economical with the truth, which he’ll share with him as long as he doesn’t tell Tracy (Kate Ford). 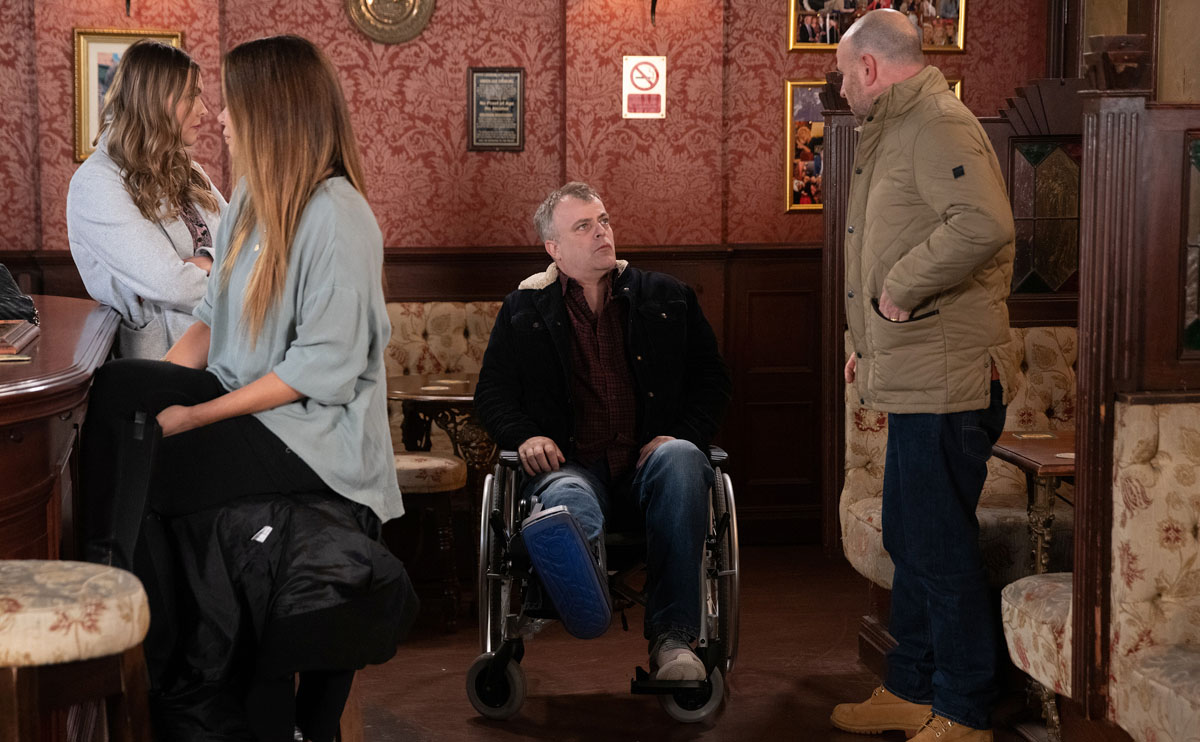 Meanwhile, Tim is fuming when he learns that Sally (Sally Dyvenor) has given away his favourite jacket to a charity clothes swap, and his anger is only intensified when he finds none other than Steve wearing it!

Steve is in no rush to give up the jacket, which has been bought fair and square, so Tim decides to land Steve in it by revealing to Tracy the truth about his broken ankle⁠—he slipped over whilst at a foam party, surrounded by gorgeous women! 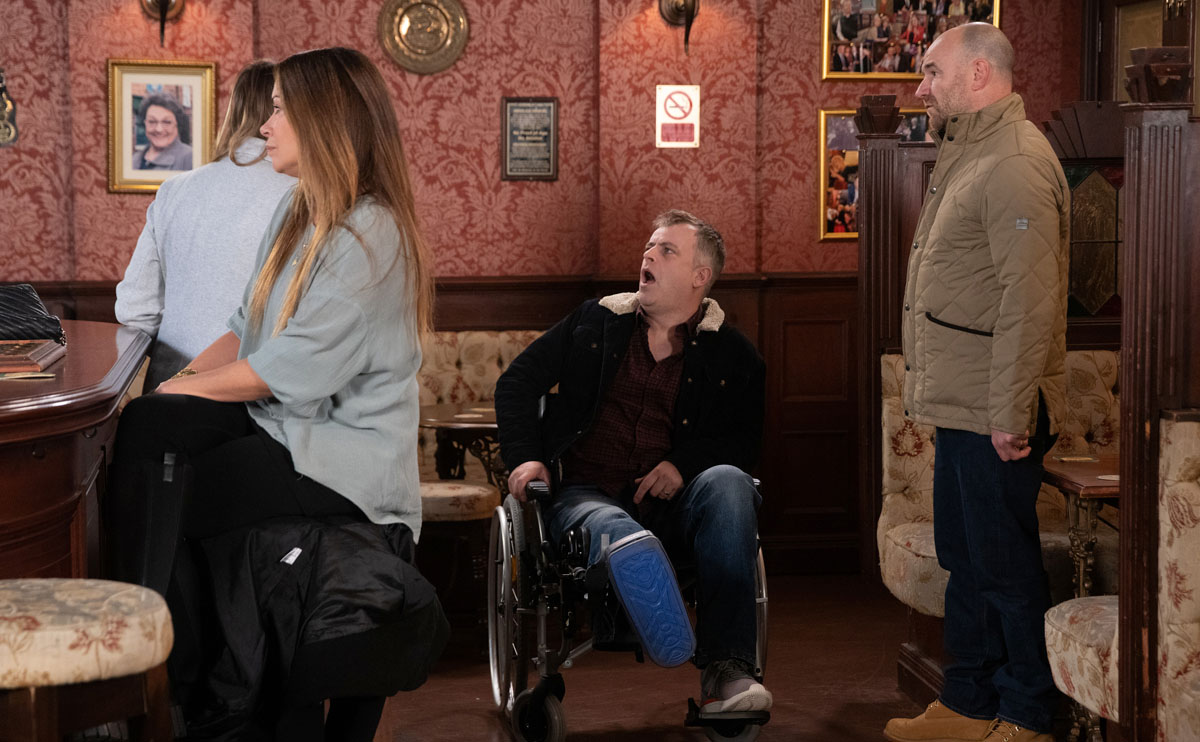 To rub salt into the wound, Steve later finds a scratchcard in the jacket, and realises he’s won £250!

With Tim determined that both the jacket and scratchcard are his property, is this going to be the beginning of another street war…? 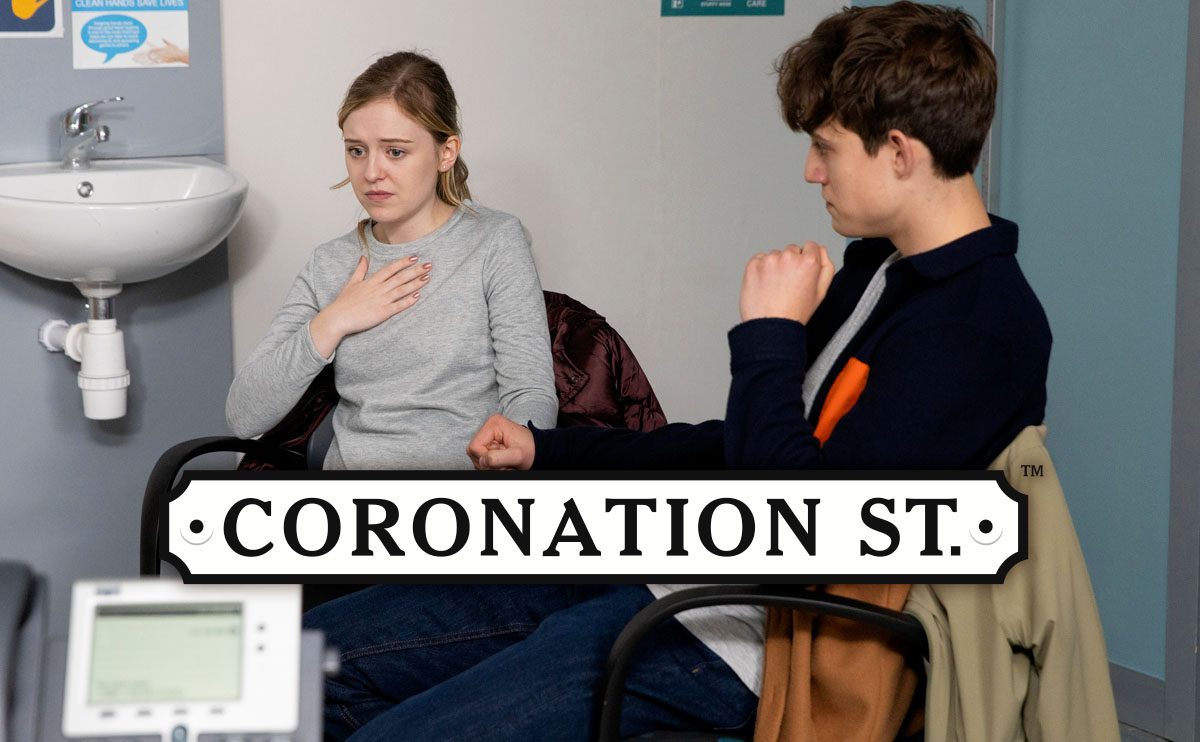 Also this week, as tragedy strikes for Summer and Aaron, they’re left with an impossible dilemma… 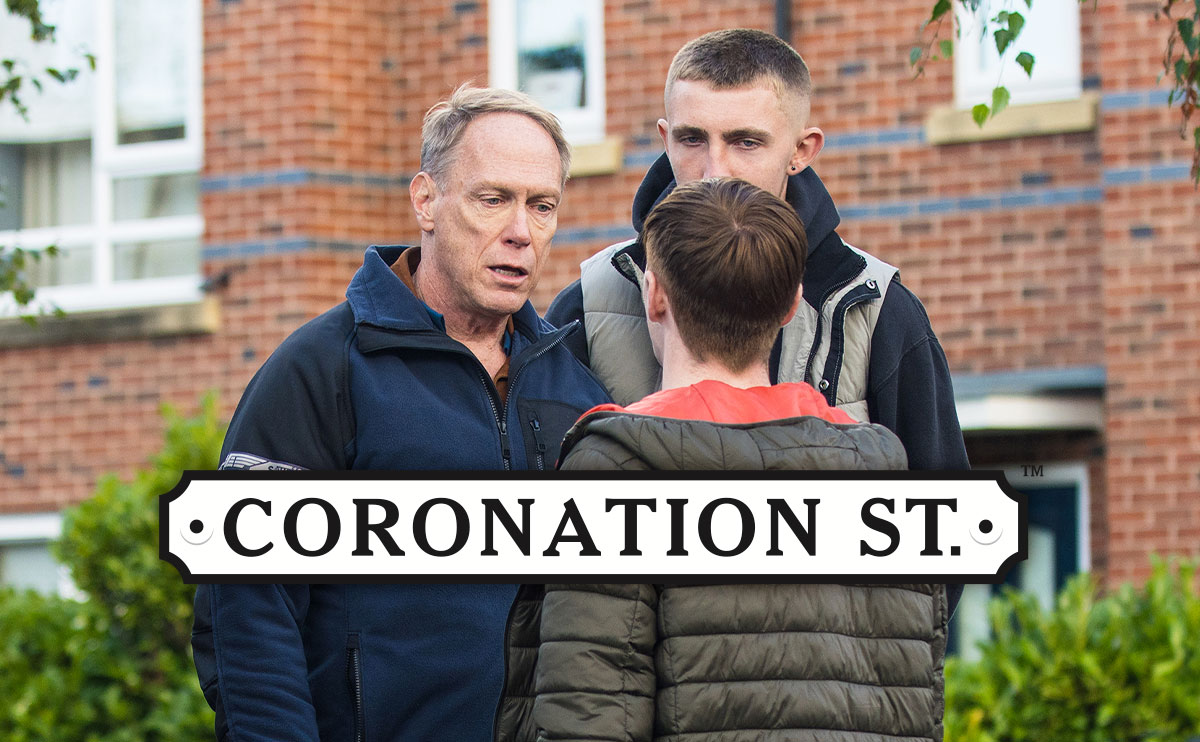 As Stephen’s career hits rock bottom this week on Coronation Street, actor Todd Boyce gives an insight into what’s going on in the killer’s head…