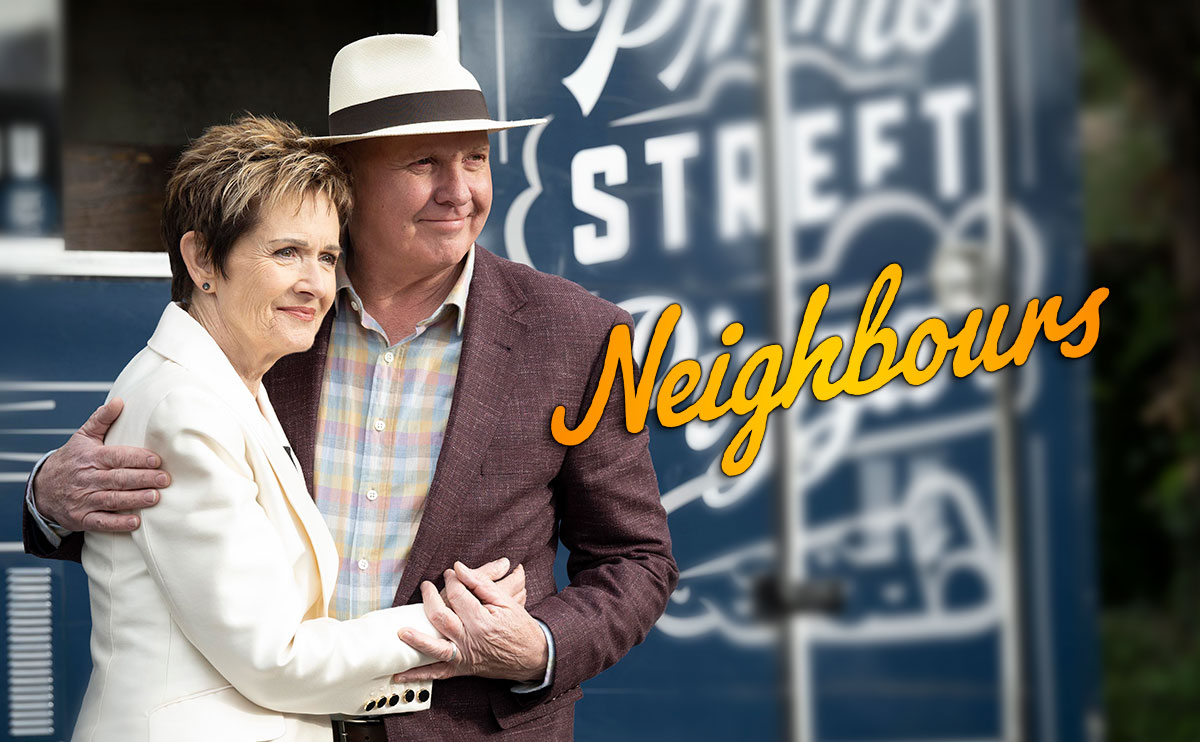 Just months after the final episodes of Neighbours went to air in Australia and the UK, Amazon and Fremantle have announced that the series will be returning in 2023.

Thanks to a production deal between the two production houses, a new series of Neighbours will go into production early next year.

Lauren Anderson, head of programming for Amazon, announced the series’ return in a statement. 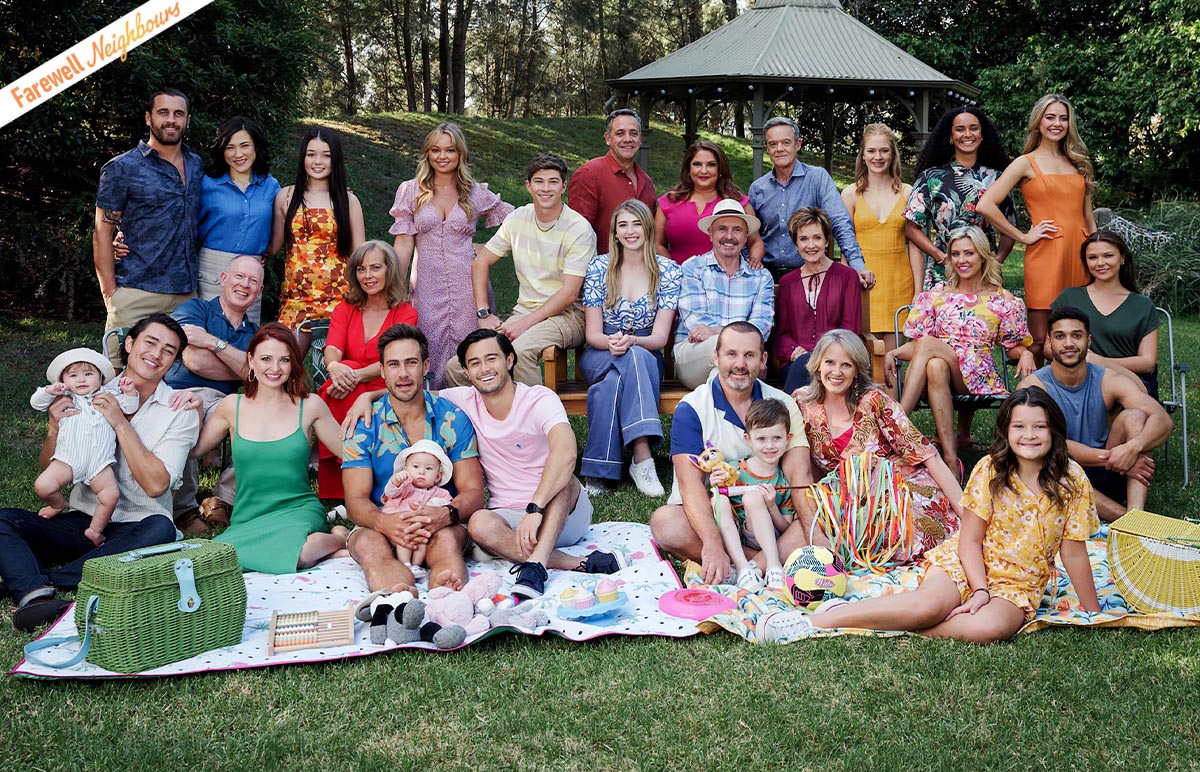 The Neighbours cast for the final episodes in July 2022

“Neighbours has captivated its audience for nearly 40 years, building a dedicated and loyal following for the lives and stories of the characters on Ramsay Street,” she said.

“With the power of streaming, we’re able to offer a catalogue of thousands of Neighbours episodes for new audiences to discover this legendary series and current fans to relive their favourite moments.

“We look forward to immersing the audience in new Ramsay Street experiences when we relaunch the show next year for Amazon Freevee and Prime Video customers.“

Neighbours will return for a brand-new series next year exclusively on @AmazonFreevee, alongside thousands of episodes from previous seasons to stream as you please. 🎉 pic.twitter.com/1Qq2fIPgog

Along with the announcement of the series return came confirmation that the “core four” – Jackie Woodburne, Alan Fletcher, Stefan Dennis and Ryan Moloney – would also reprise their roles. They announced the show’s return on a video posted by the official Neighbours account on Twitter. 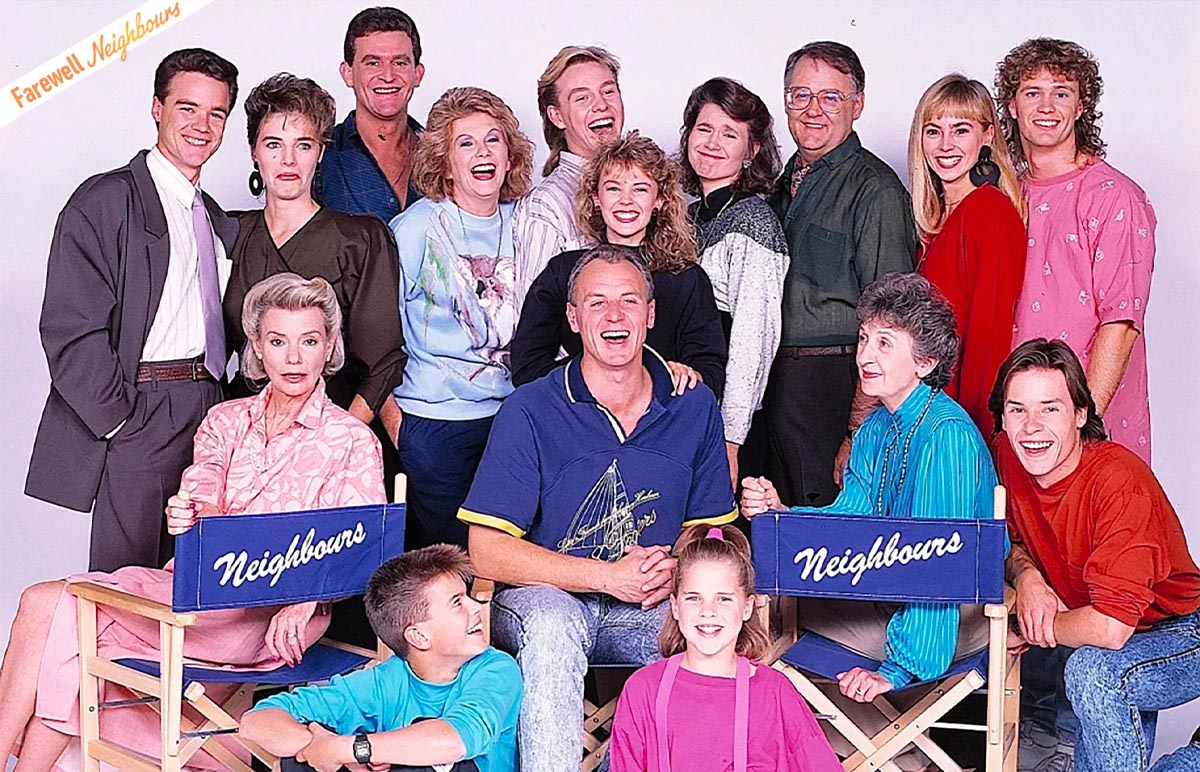 The Neighbours cast in 1987

Global CEO of Fremantle, Jennifer Mullin, assured in a statement that Neighbours has a unique connection with its millions of fans around the world.

“We cherish the show and all those who have been part of its incredible story over many decades, so we are thrilled that we have found a new home with Amazon Freevee.

“Thanks to the innovative Amazon Freevee platform, many classic episodes will be available to fans, and Neighbours will go back into full production in Australia early next year, providing our fans with new episodes.

“This partnership with Amazon Freevee marks an exciting new chapter, and we look forward to collaborating with them, along with our long-term and valued partner in Australia, Network 10.“

There is no word yet on whether the show will return to its five-night-a-week schedule, or whether the rebooted series will have a more limited run. 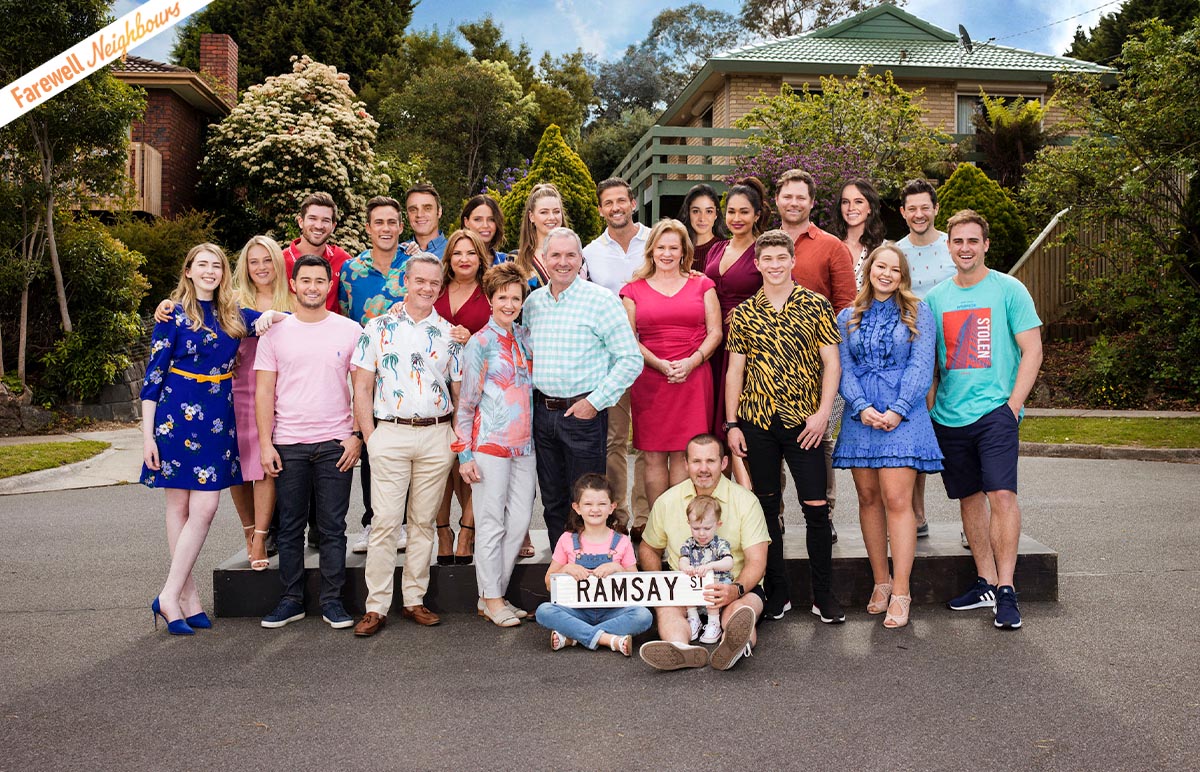 Viewers of the soap will be able to catch the show in the latter half of 2023 on Amazon Freevee in the UK and US, whilst Prime Video will air the series in Australia, New Zealand and Canada.

Network 10 retains the first-run rights on free to air in Australia and will air the episodes first, before they become available on Prime.

It’s true what they say – everybody does need good Neighbours!

To read about Neighbours’ history, and what happened in the final episodes, head to our tribute to Neighbours.