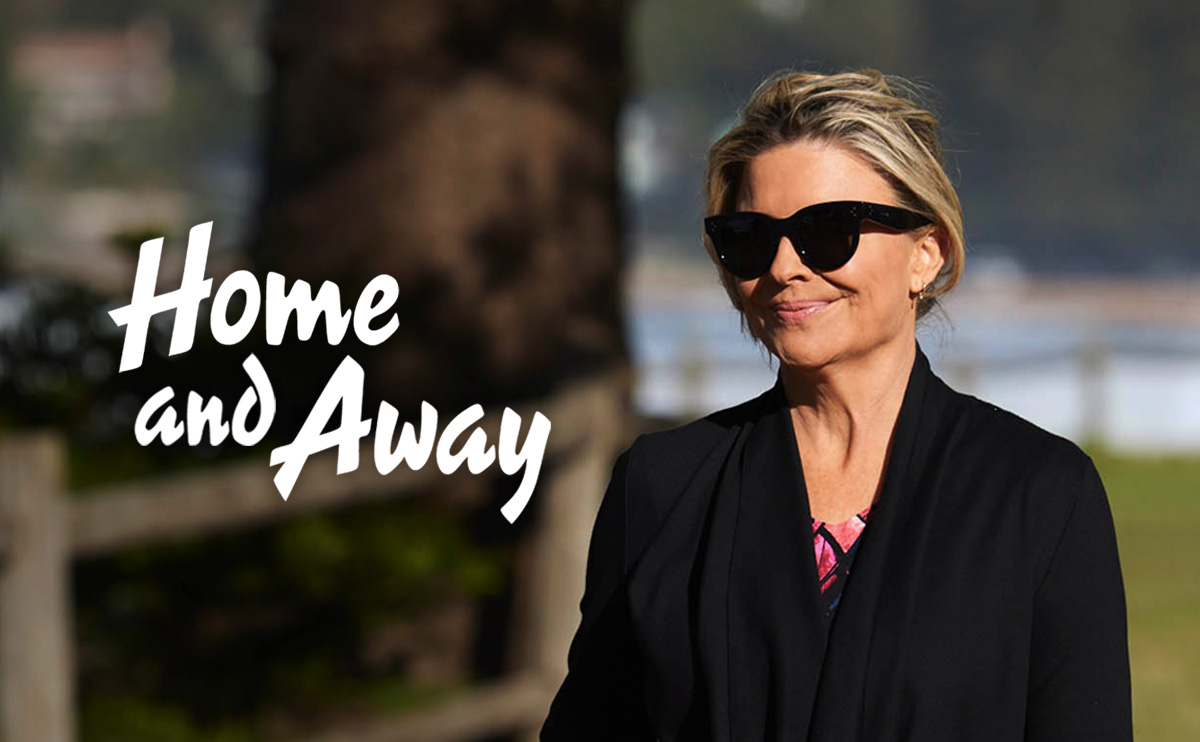 Coming up next week on Home and Away in the UK, a change in Marilyn’s demeanour shocks her loved ones after she’s brought out of her induced coma. 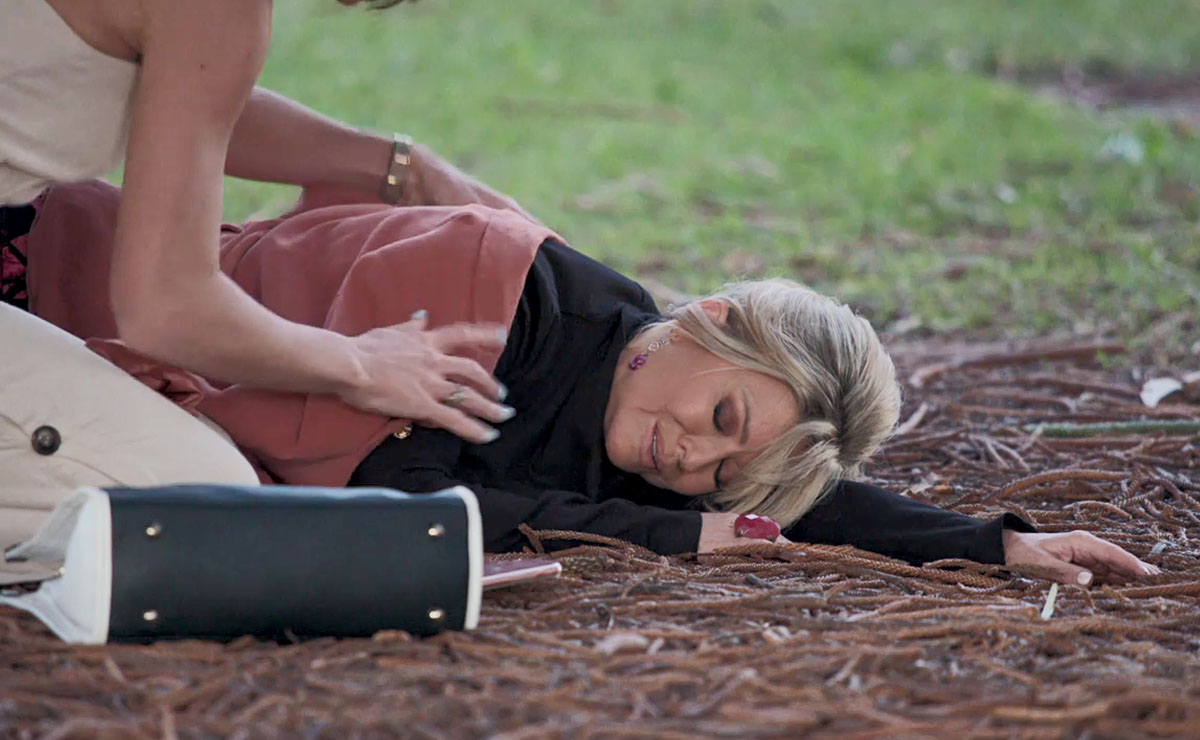 The chemical attack at the surf club continued to cause devastation last week, when Marilyn Chambers (Emily Symons) was found collapsed by Mackenzie (Emily Weir) on parkland close to the diner, having been out there all night after becoming partially paralysed.

Dr Logan Bennett (Harley Bonner) could only diagnose Marilyn’s symptoms as some sort of delayed reaction to the organophosphate exposure, and was forced to place her into an induced coma when the paralysis then started spreading to her lungs. 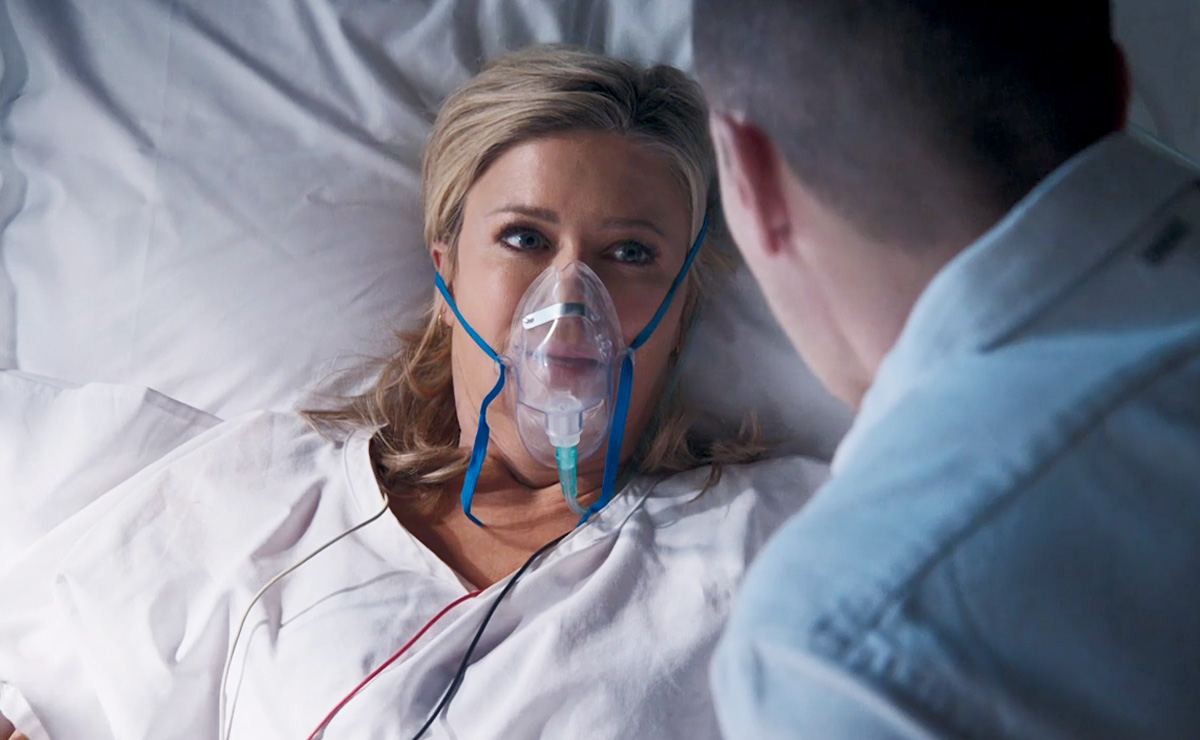 This week, Logan remains mystified as to the exact cause of Marilyn’s paralysis, with all the usual bacterial and viral tests coming back clear.

Out of options, Logan decides that the only thing he can try is to bring Marilyn back out of her sedation, and see if she is able to breathe on her own. Logan acknowledges to Alf (Ray Meagher) that it is a risk, but it’s one worth taking.

As Marilyn comes round, she starts coughing as she fights against the ventilator, which Logan confirms is a good sign! 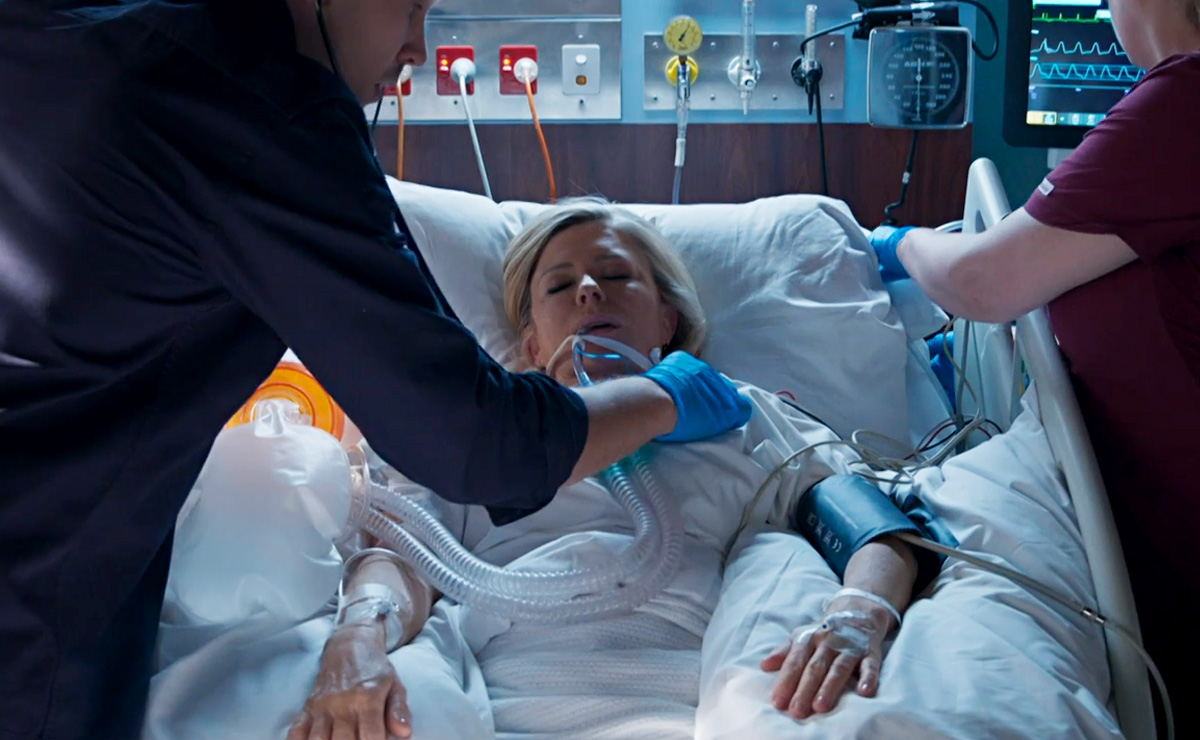 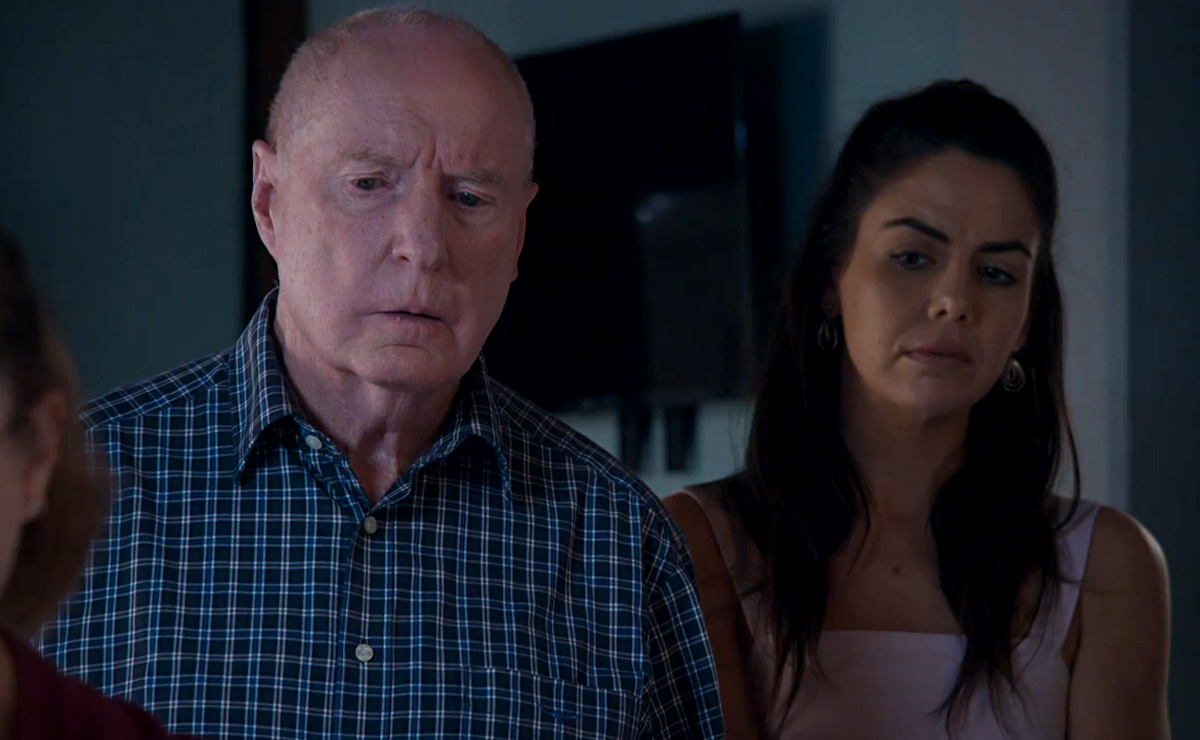 With Marilyn now conscious and communicating as normal, Logan begins further tests, only to find that Marilyn still can’t feel her legs.

Alf points out that it’s early days and maybe a bit of time is all it will take. 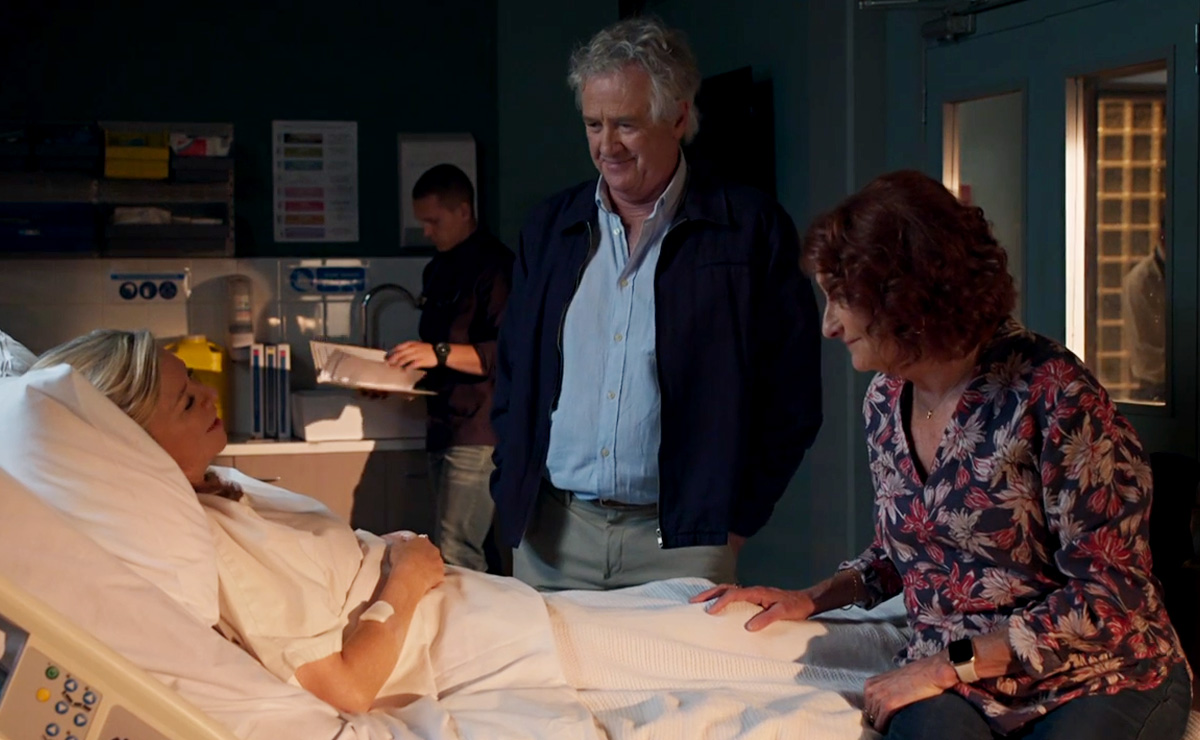 Later that evening, Irene (Lynne McGranger) and John (Shane Withington) are relieved that Marilyn has pulled through, and, whilst Marilyn is happy to see Irene, she suddenly asks John why he’s there.

He’s stunned as she goes on to say that they’re not friends and whatever happens to her now is none of his business—after all, they are divorced.

An equally confused Irene tries to explain that John has been by Marilyn’s side every day but she’s not having a bar of it, and asks John to leave. 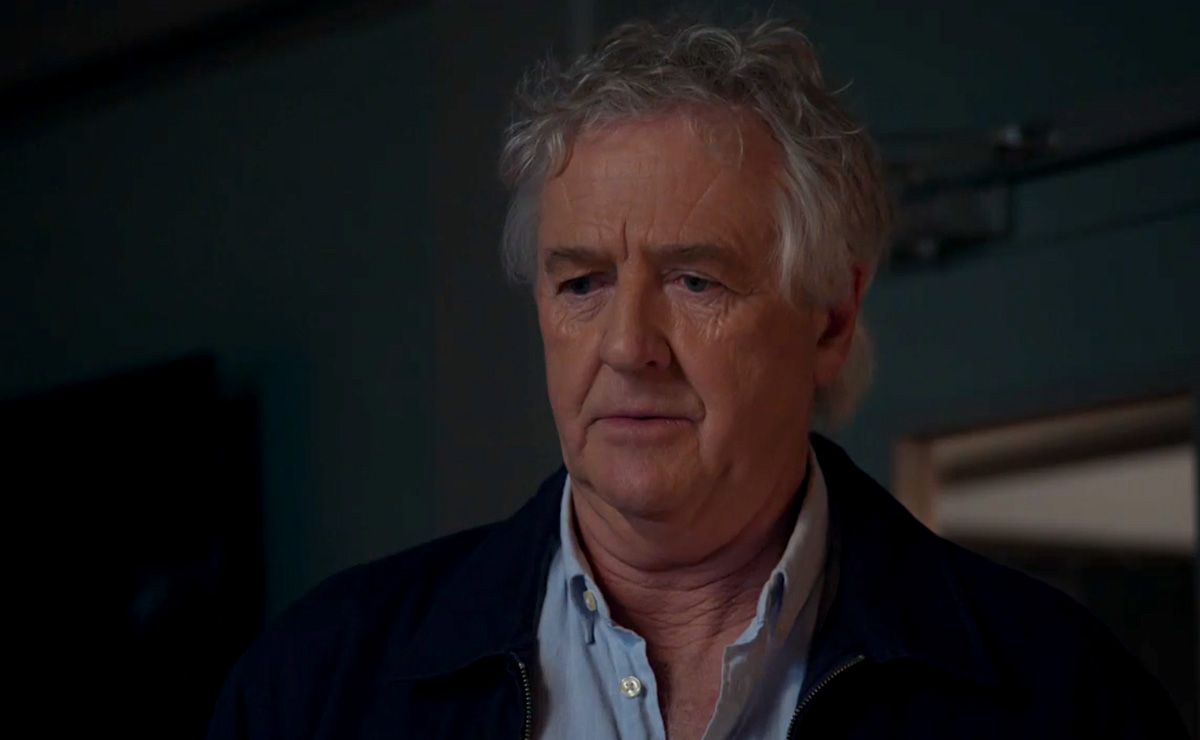 When Logan speaks to John and Irene outside, he asks John what Marilyn was talking about—after all, John had told Logan that he and Marilyn were good friends; that’s the reason he was allowed to see her whilst she was comatose.

Irene backs up John in saying that they usually are on good terms, and makes it clear that something isn’t right.

“I don’t know what the hell’s going on” she tells Logan, “but that is NOT the Marilyn that we know!” 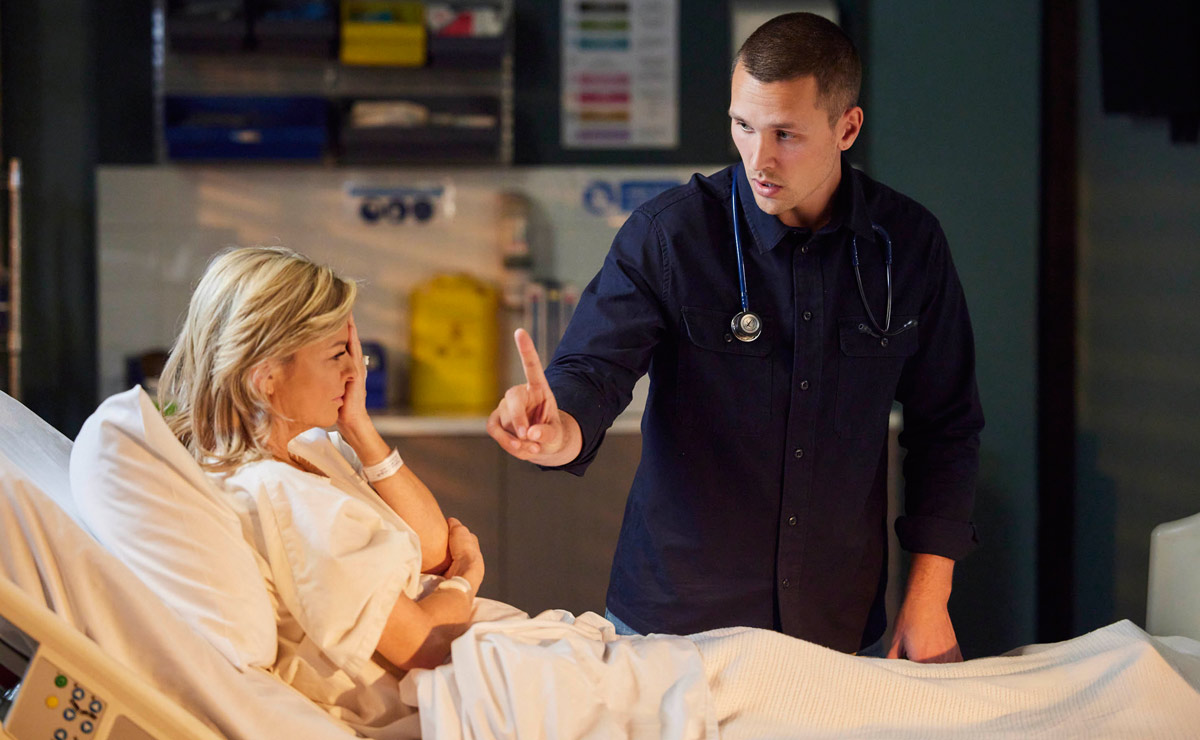 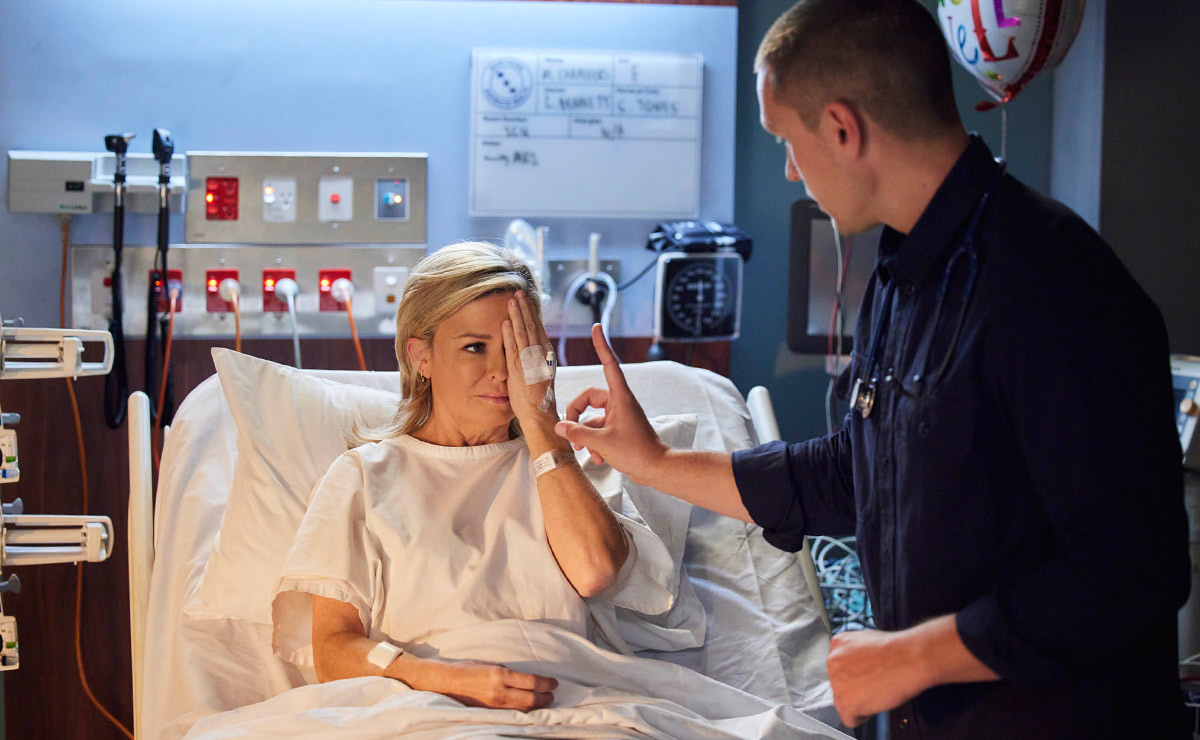 As Logan heads back in and starts performing more tests, it appears that Marilyn’s coordination is slightly off, and she starts to become unusually abrupt with him, asking him why John was allowed to visit her in ICU.

She’s further annoyed when she realises John is still outside her room, until Irene has to explain that they’d shared a car to the hospital. 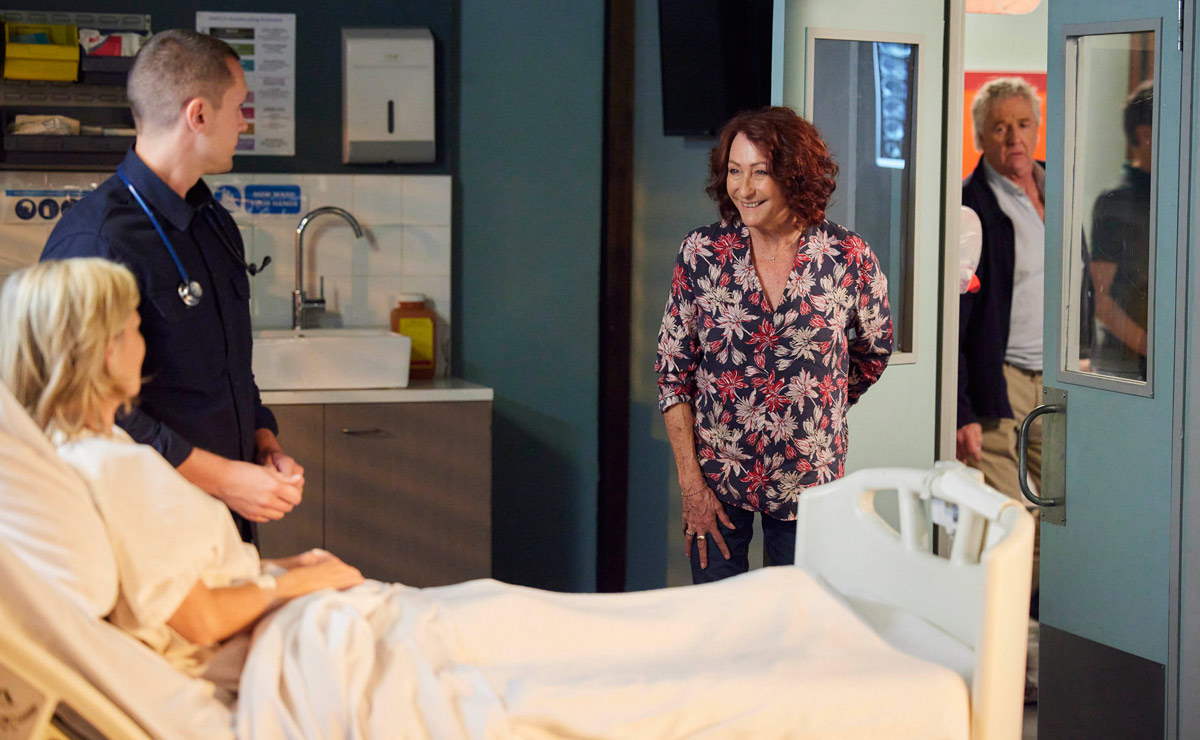 When Alf pops in to say goodbye to Marilyn before he leaves for the city to see Martha, he once again confirms that John and Marilyn are usually friendly, which only leaves the doc scratching his head further. 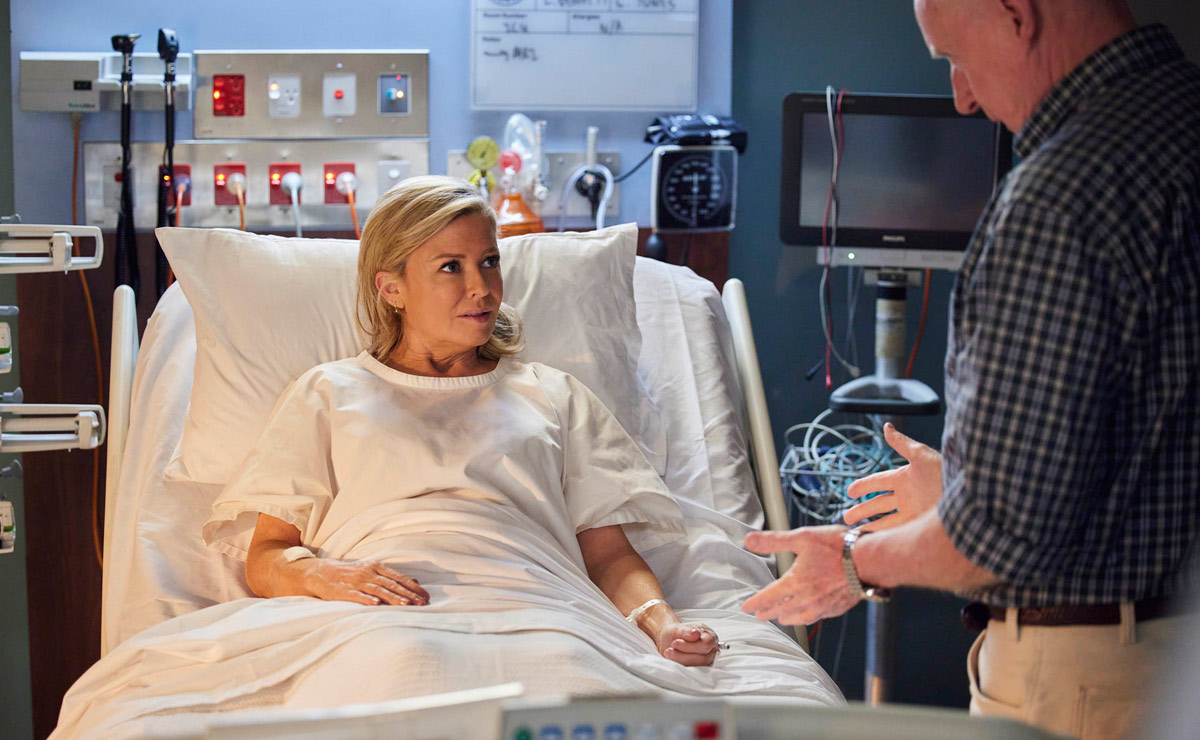 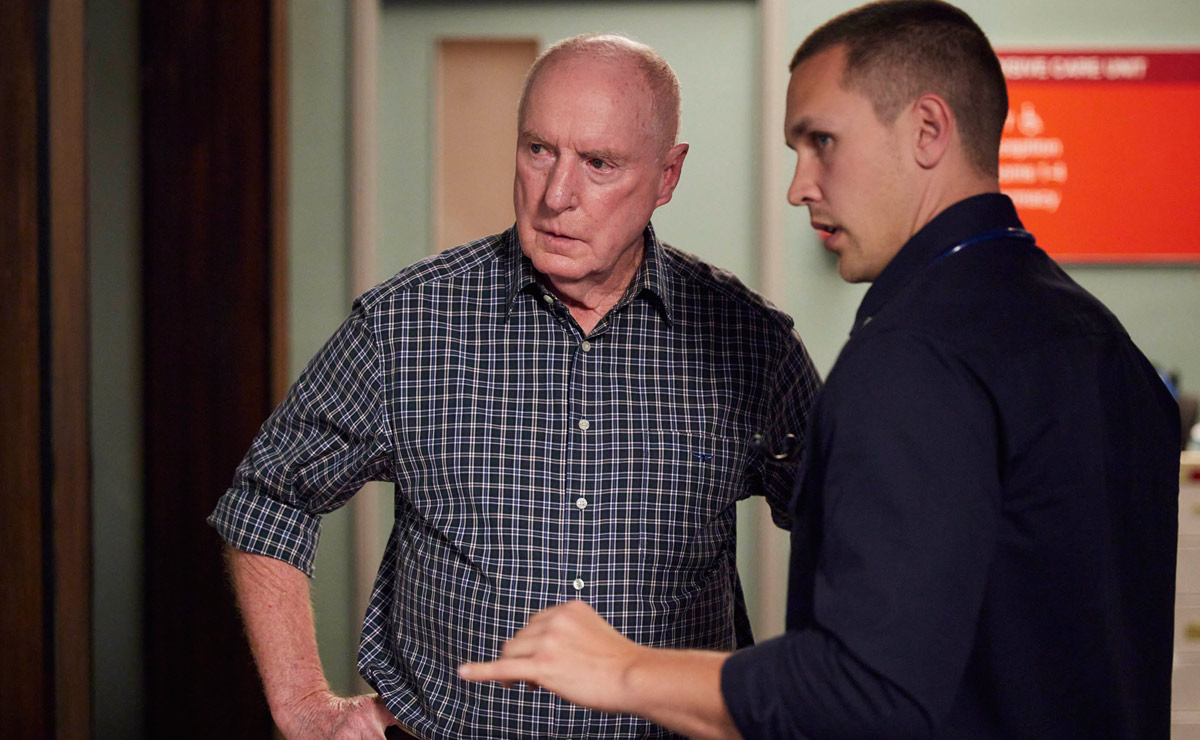 The next day, John and Irene collar Logan at the hospital and point out that Marilyn is not in her room, which is news to him! 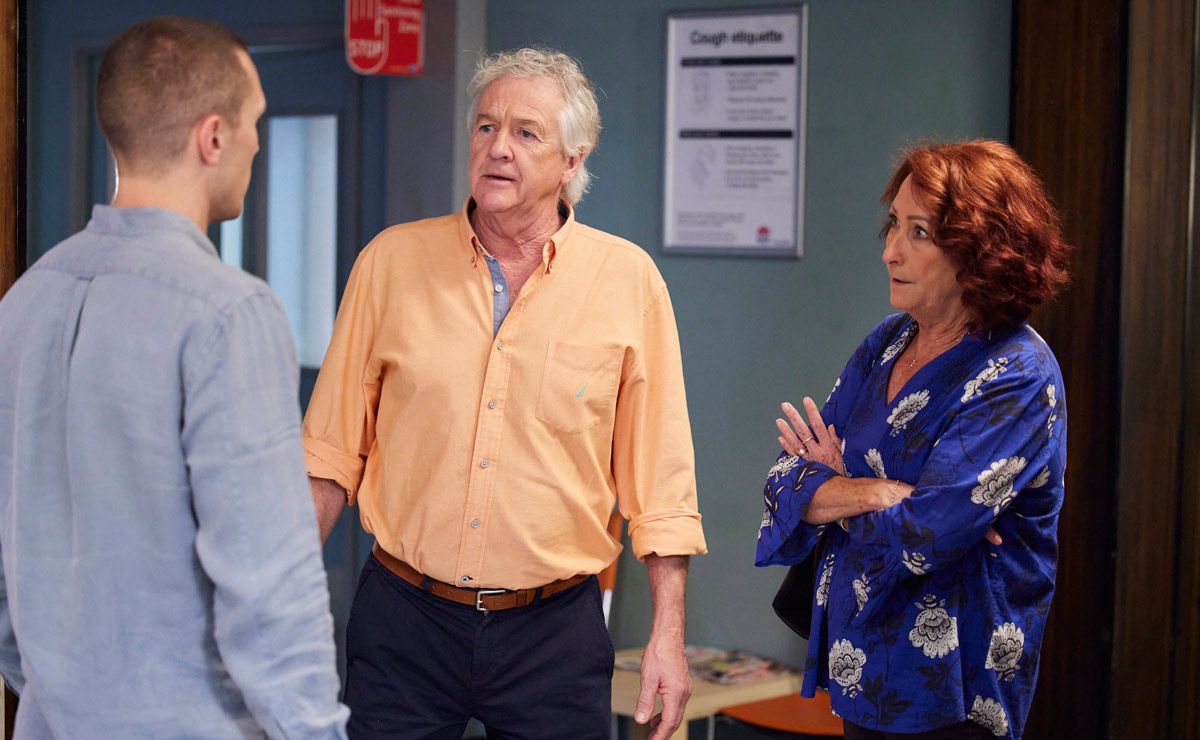 Back in Summer Bay, Ziggy (Sophie Dillman) and Dean (Patrick O’Connor) are surprised to see Marilyn walking towards them, seemingly having made a miraculous recovery from her paralysis. 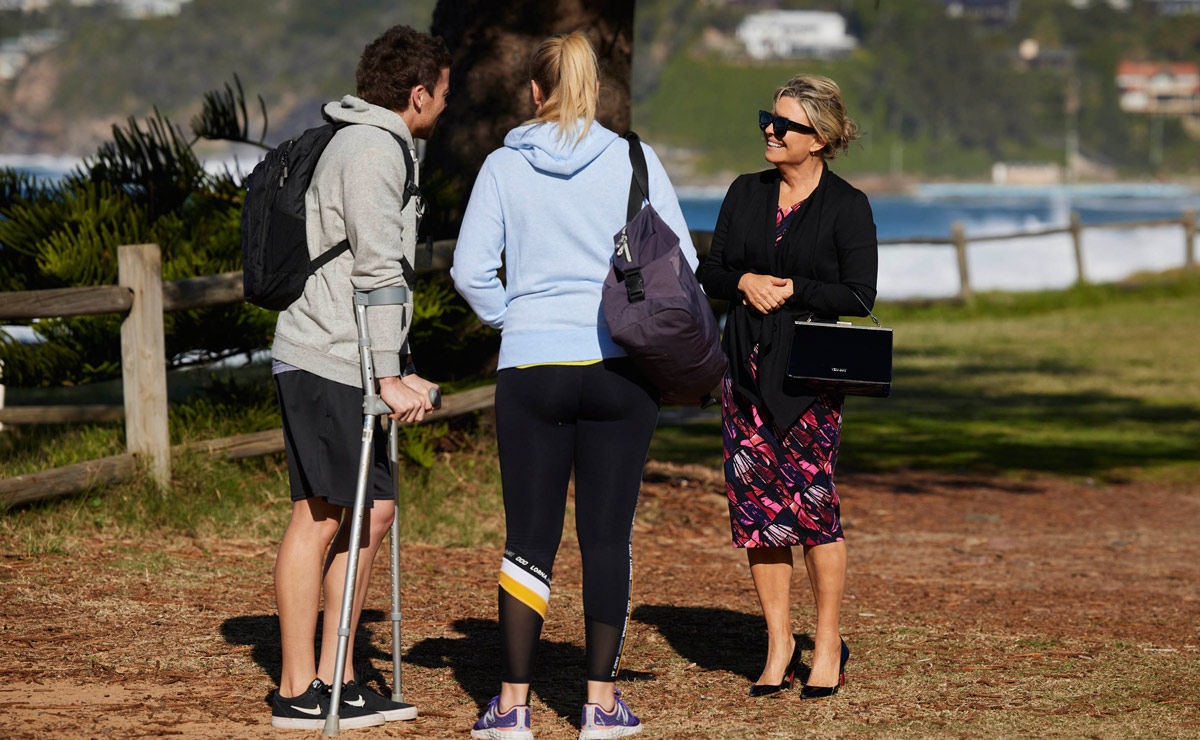 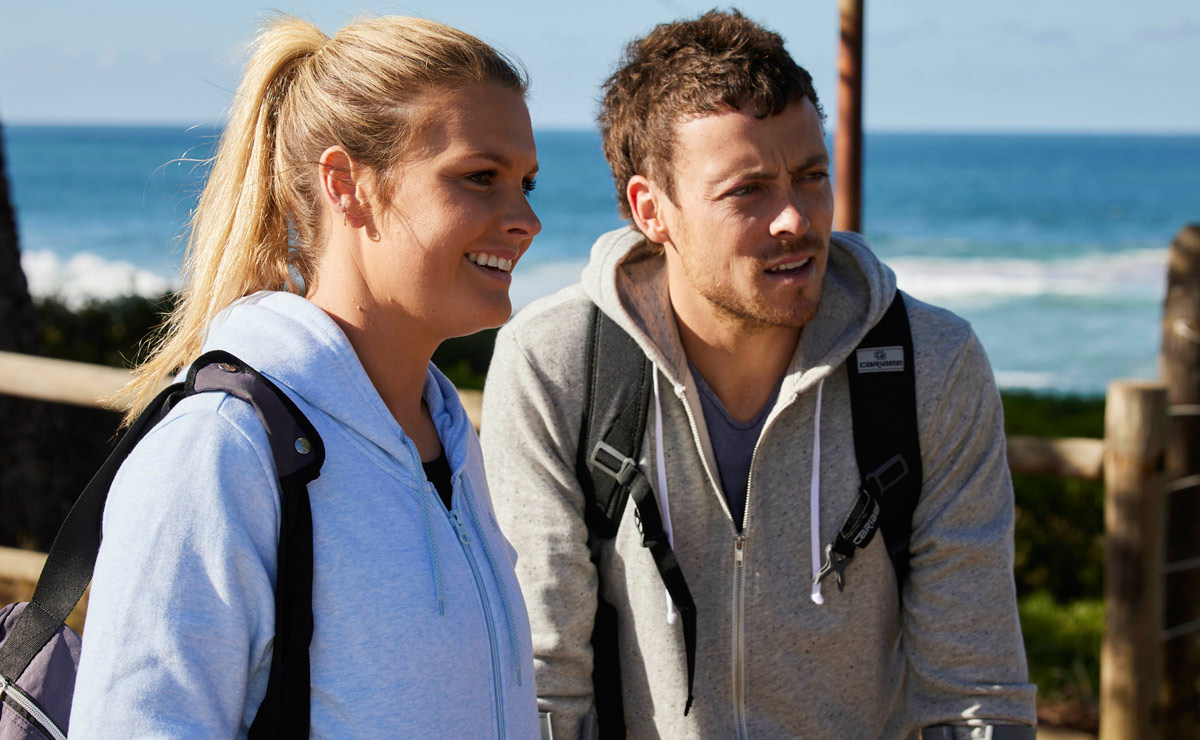 The surprises keep on coming, and both Dean and Ziggy are bemused as a high-spirited Marilyn invites them to join her for breakfast at Salt.

They politely decline due to Dean’s impending rehab session, but both agree that something very weird is going on as they watch Marilyn walk away like a woman on mission. 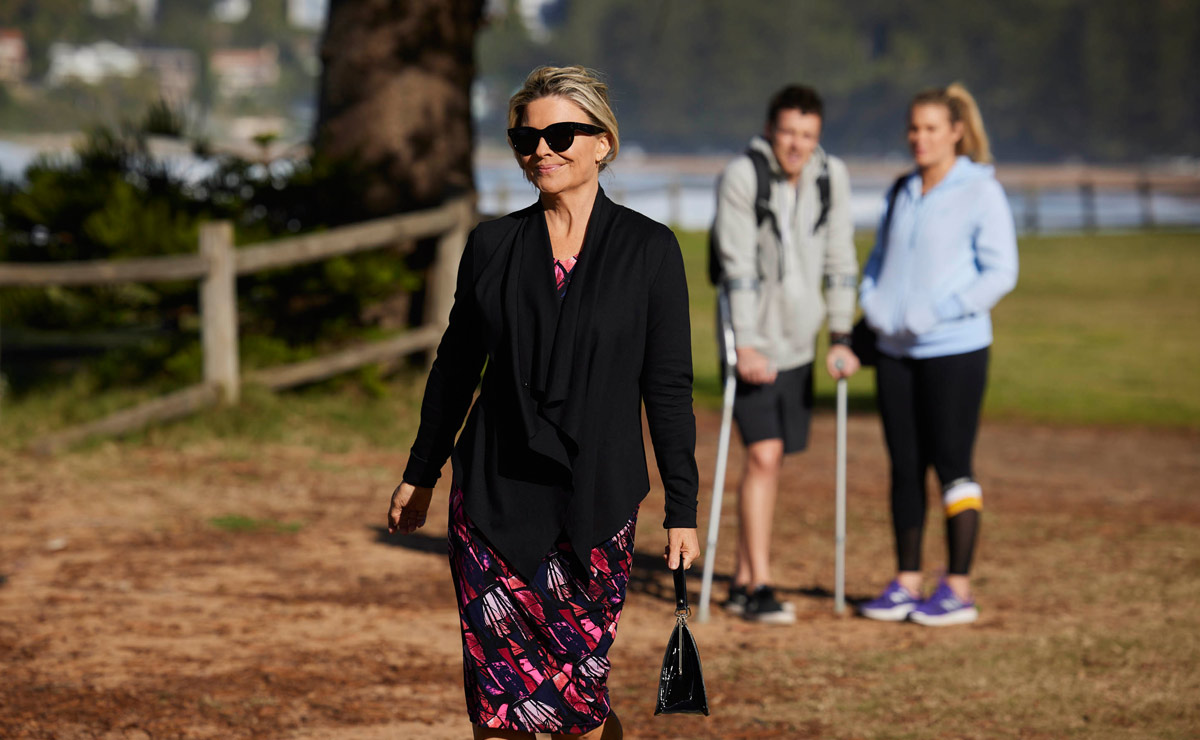 Mac can’t believe her eyes when she spots Marilyn waltz in without a care in the world, given that she was woken from her coma less than 24 hours previous. 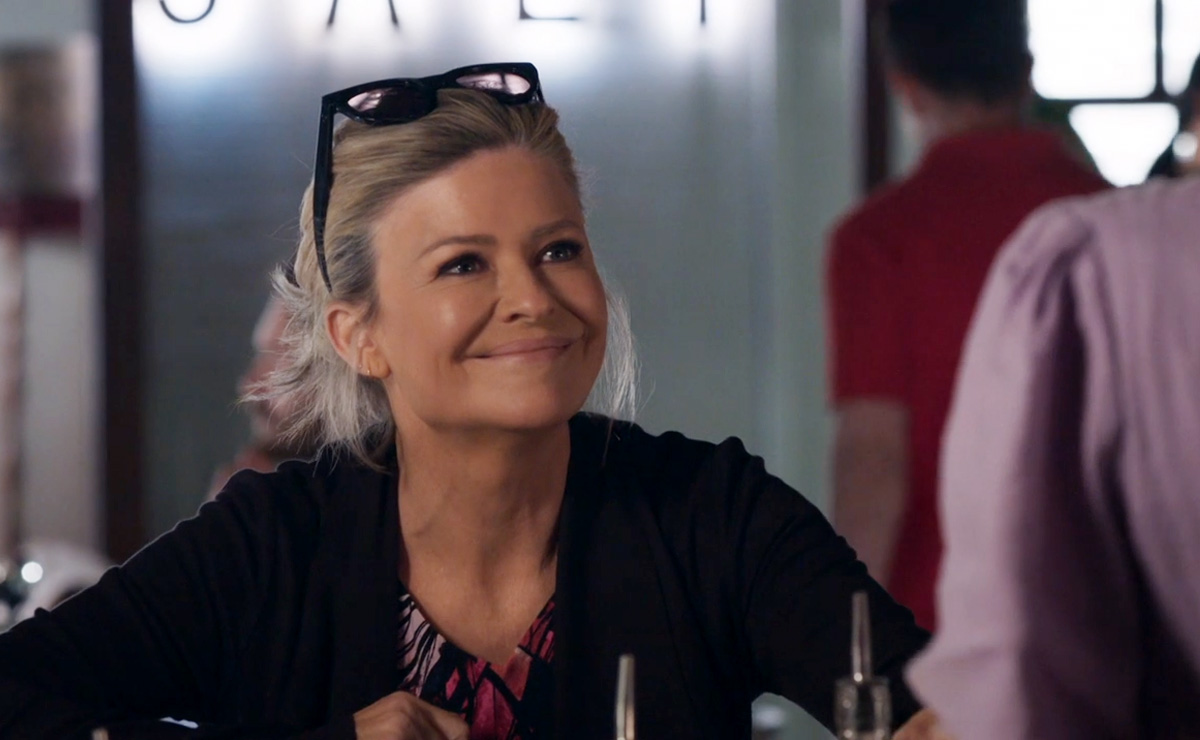 Marilyn promptly foregoes the offer of a herbal tea and orders a Bloody Mary, as Mac heads into the storeroom to call Logan and give him the heads up. 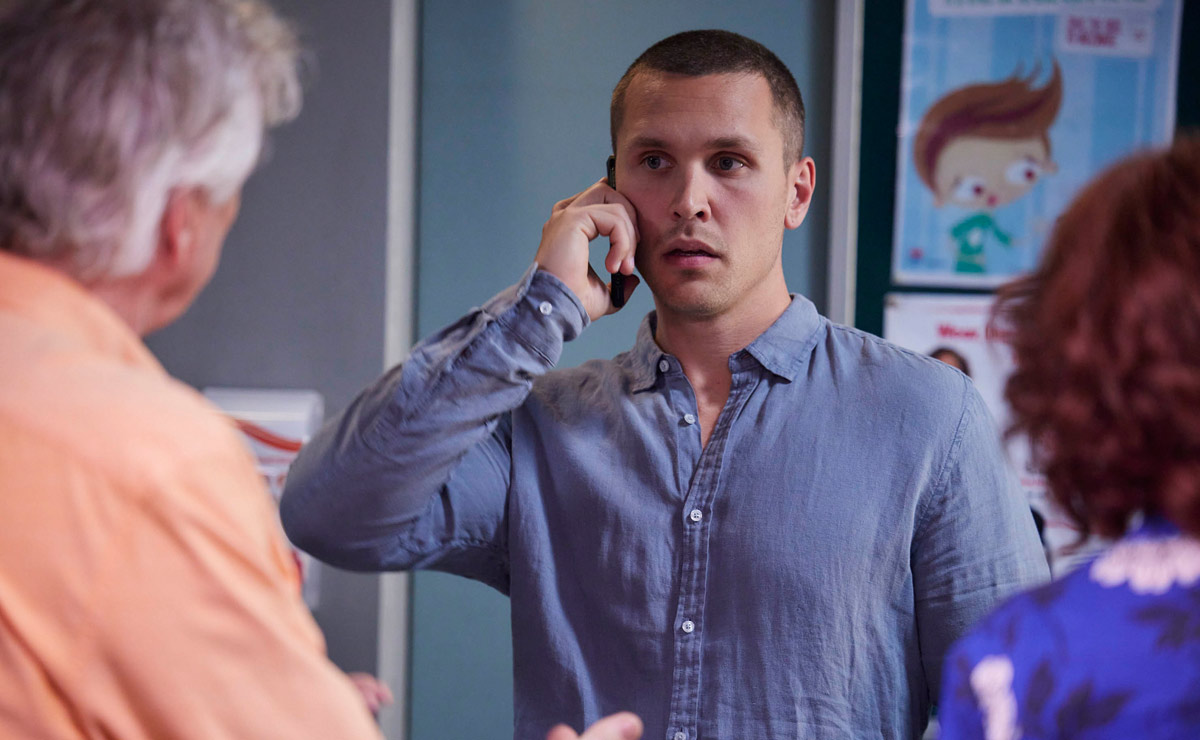 Logan, Irene and John rush to Salt, much to Marilyn’s annoyance. She accuses Mac of being a snitch, and she’s adamant that she is not going back to the hospital.

Later on at the diner, Marilyn shocks her friends by ordering a burger, and becomes more and more frustrated as Irene gently reminds her that she’s been a vegetarian for many years. 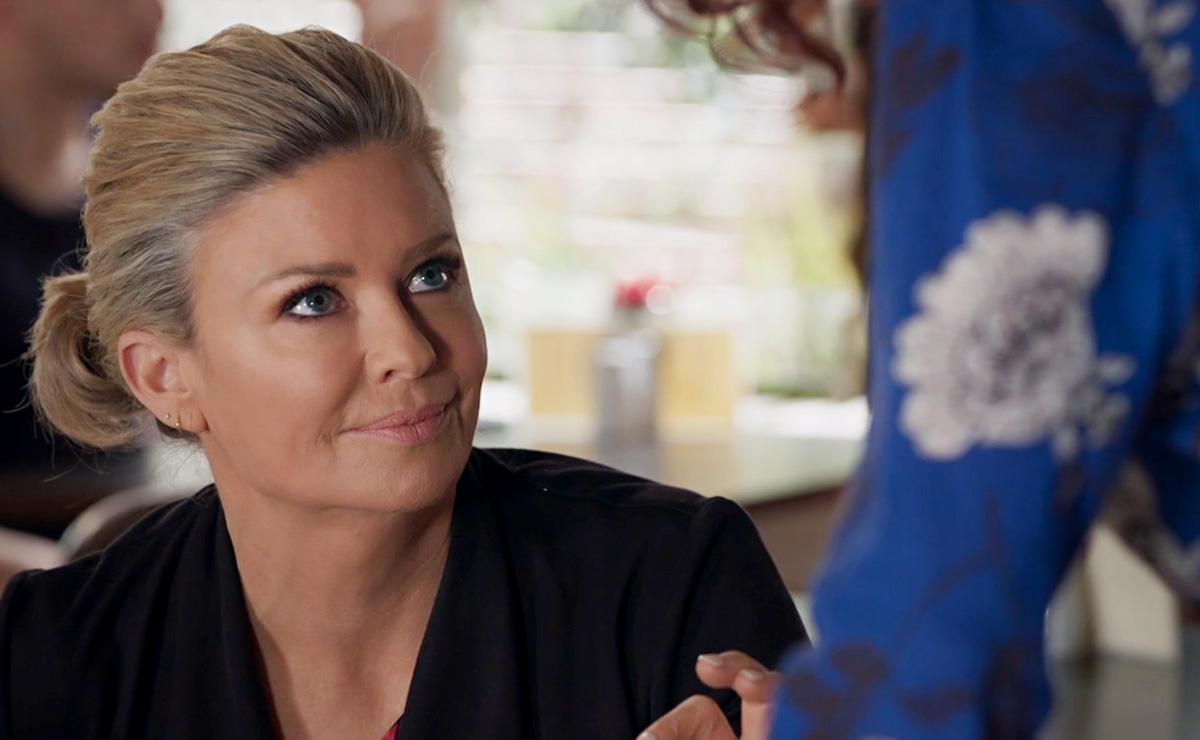 After wolfing down her burger, which she thoroughly enjoys, Marilyn goes on to ditch the high heels and embrace a new look, leaving her loved ones wondering whether she’ll ever be the same again…! 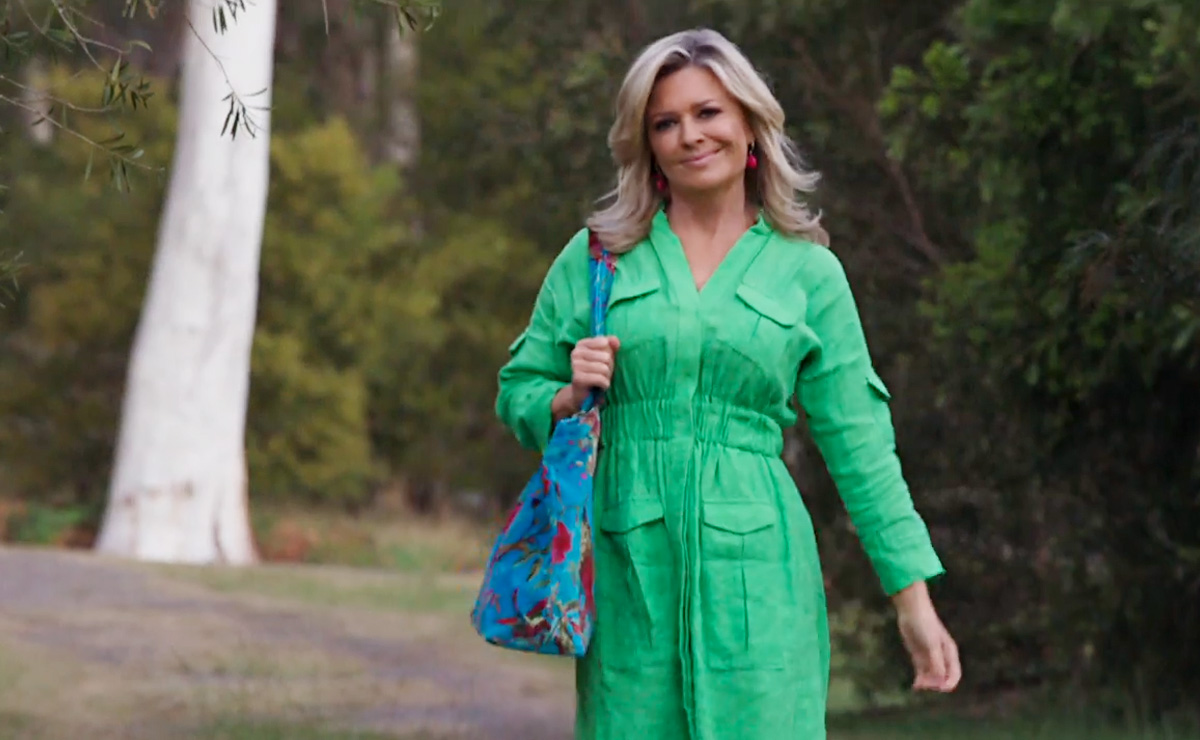 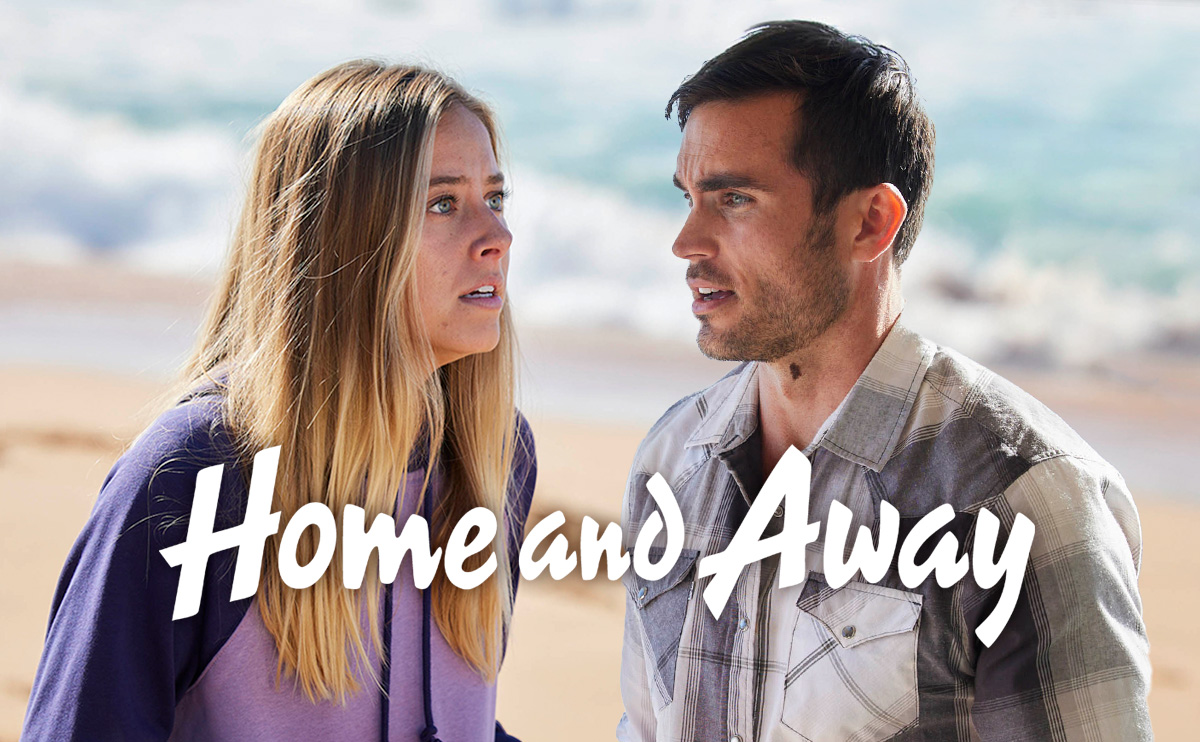 Felicity knows where her fate lies. Tane is discharged from hospital. Nikau creates a witch-hunt.