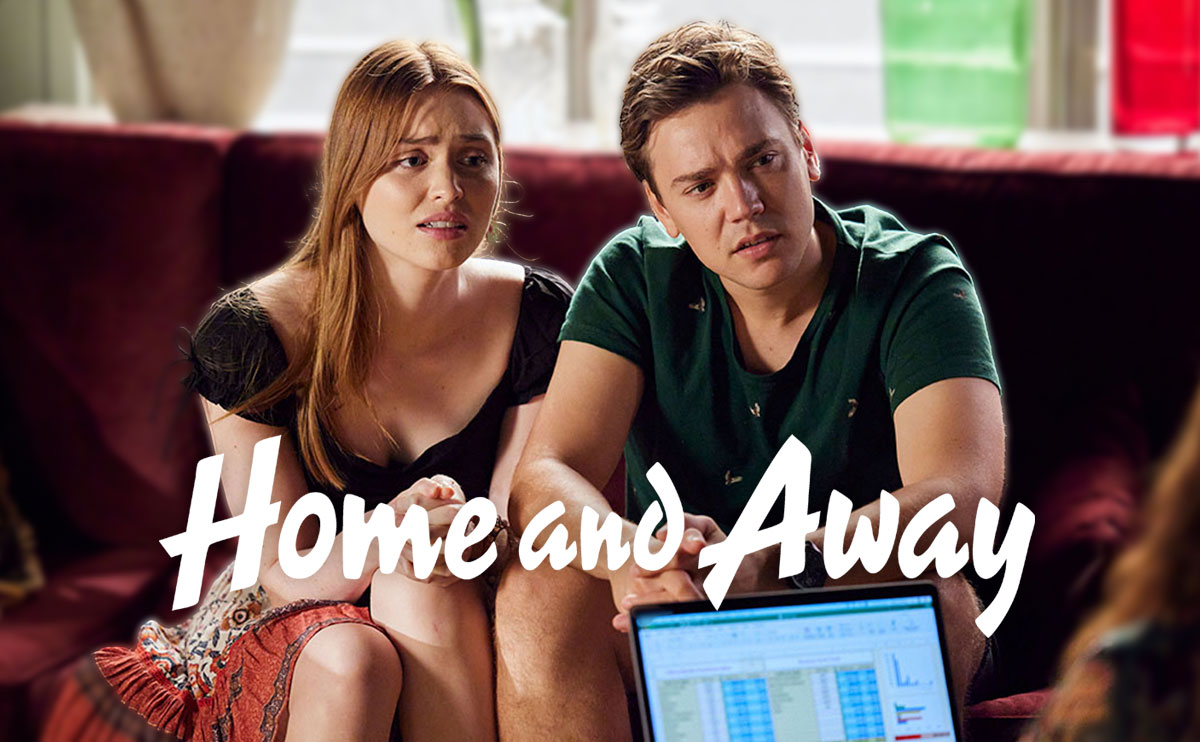 On next week’s Home and Away in the UK, Ryder and Chloe embark on a new business venture which is set to rub Mackenzie up the wrong way as they end up competitors in the lucrative Summer Bay hospitality market.

Ryder (Lukas Radovich) and Chloe (Sam Barrett) have been enjoying the freedom of unemployed life ever since Mackenzie’s (Emily Weir) downward spiral saw Chloe fired from Salt, with Ryder resigning in support of his girlfriend shortly after. 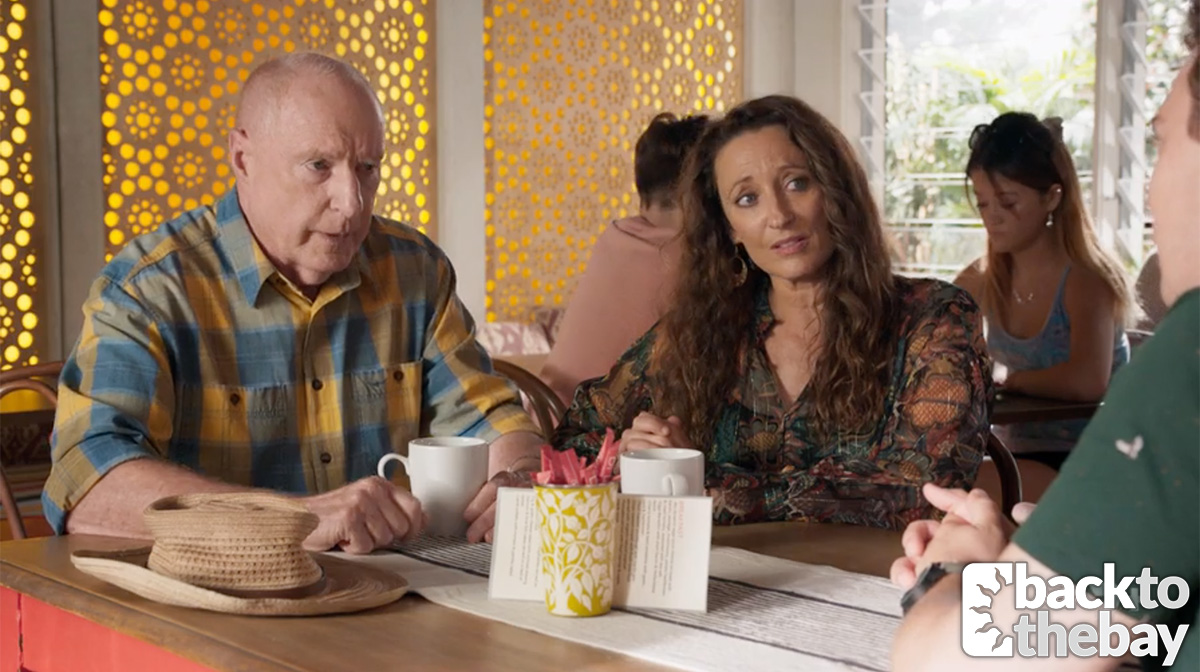 Now, after weeks of getting under Alf’s (Ray Meagher) feet, begging Marilyn (Emily Symons) for free food at the diner, and generally annoying their families with their laissez faire attitude towards their future, Alf and Roo (Georgie Parker) want them to sort their lives out.

At the end of last week, Alf demanded that the pair come up with a plan, threatening Ryder with shifts at the bait shop if they don’t come up with one soon. Chloe jumped to the rescue by confidently telling them they had a plan, and were just waiting for the right moment to reveal it… 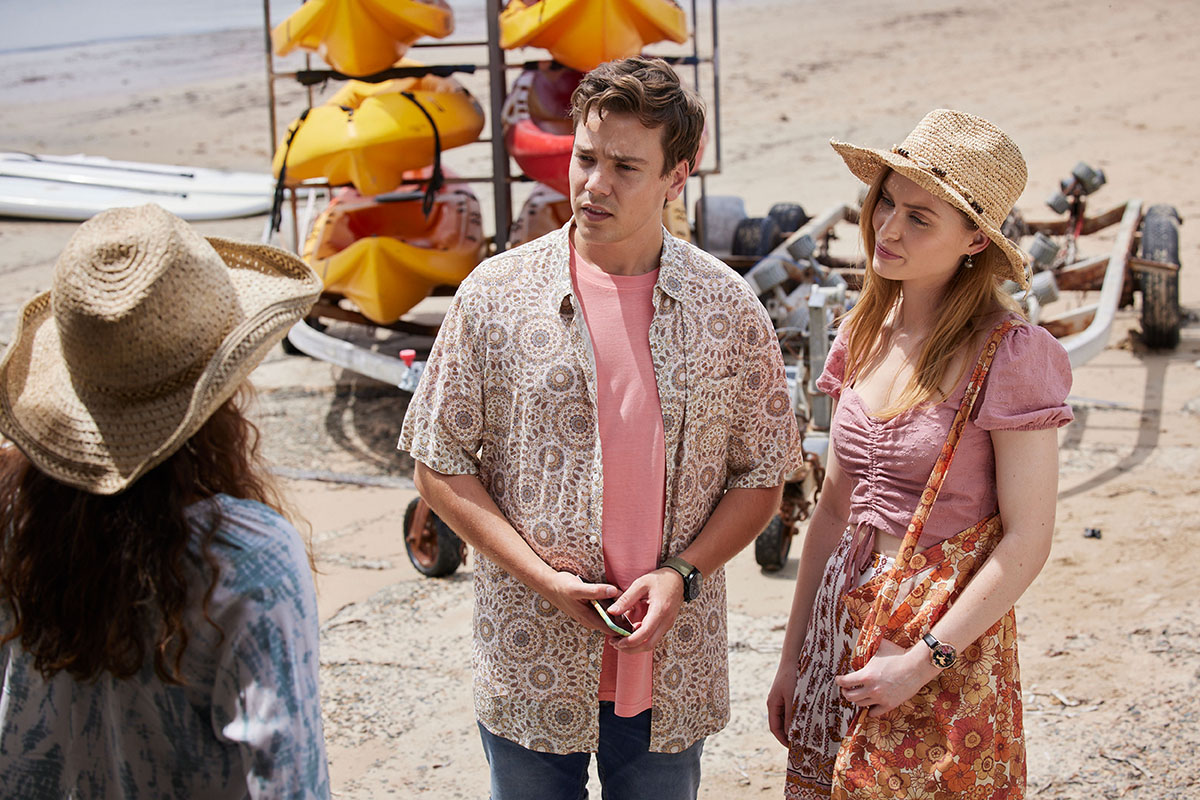 Next week, a sceptical Roo begins to apply the pressure on the young teens, giving them a deadline to reveal their money making plan. 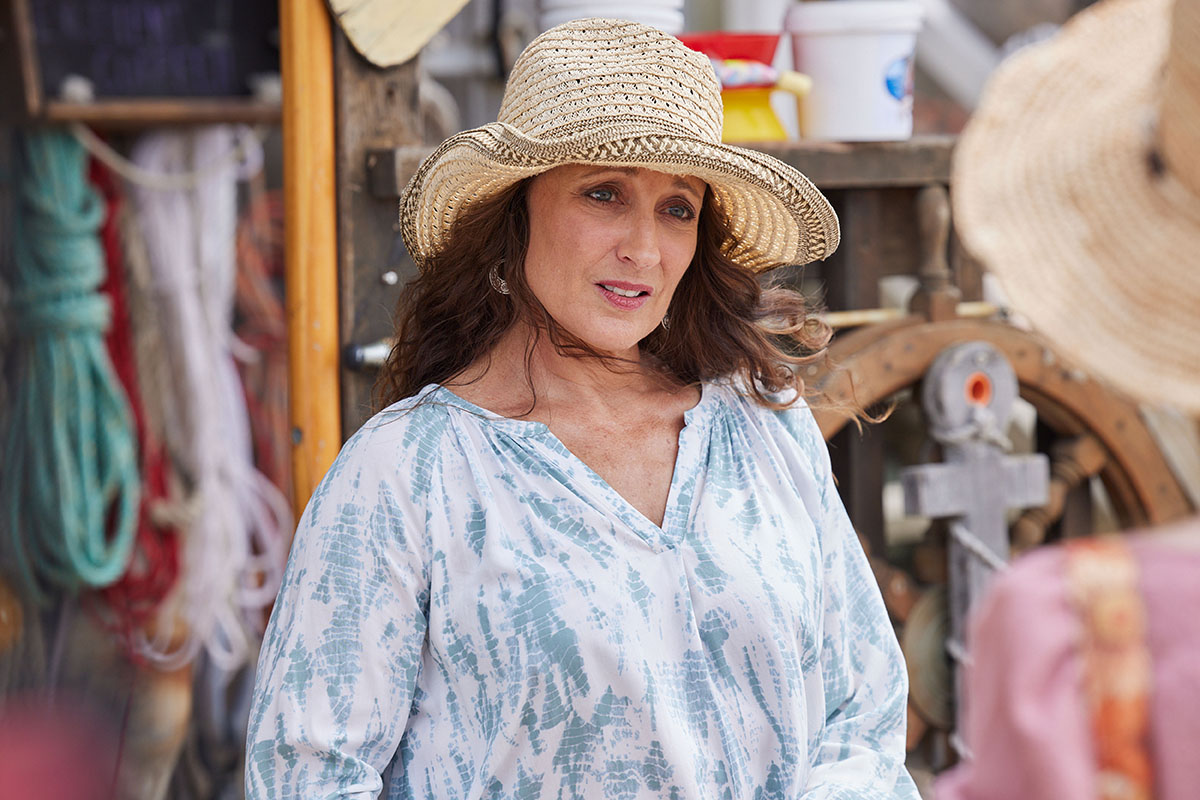 “Ok, I tell you what, you have till this afternoon to tell me what your career strategy is, or I’m going to give you one.”

When Ryder reminds his aunt that she hasn’t worked in event management in years, and doesn’t know the first thing about how hospitality is run these days, she reminds him of one thing – “I do know that the caravan park needs a toilet cleaner.” 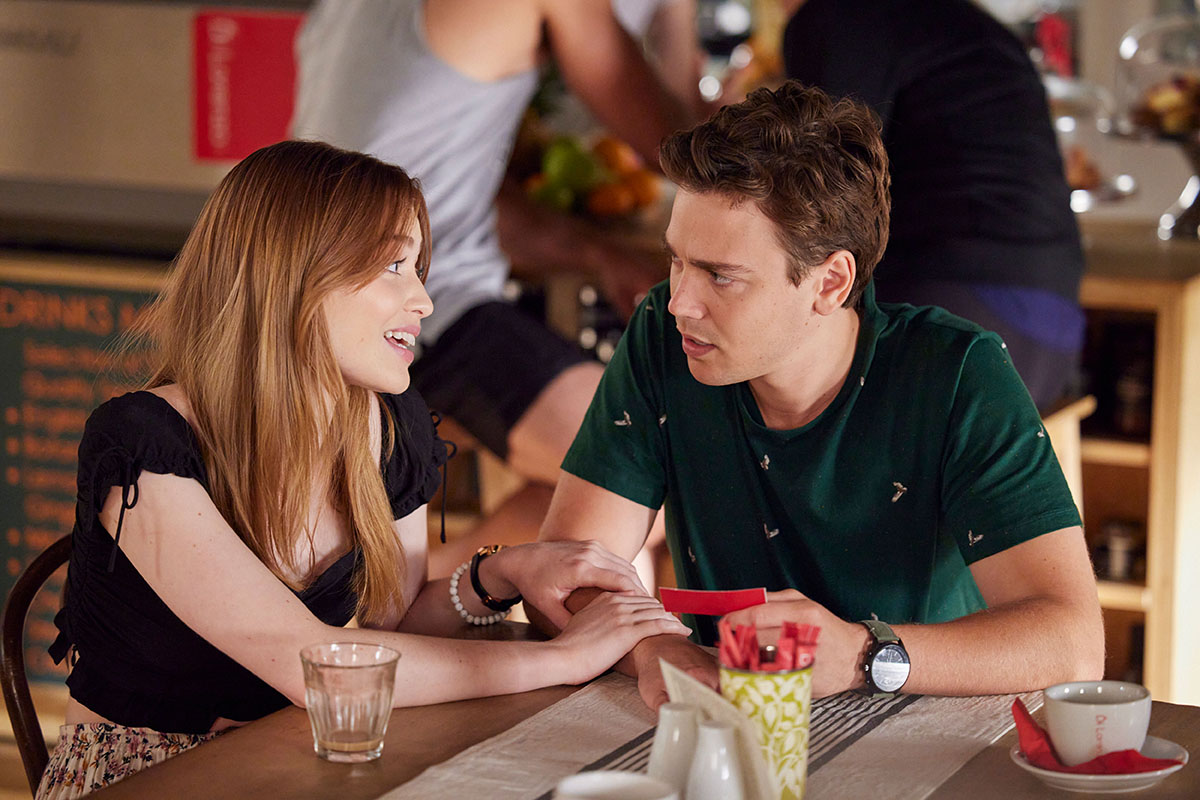 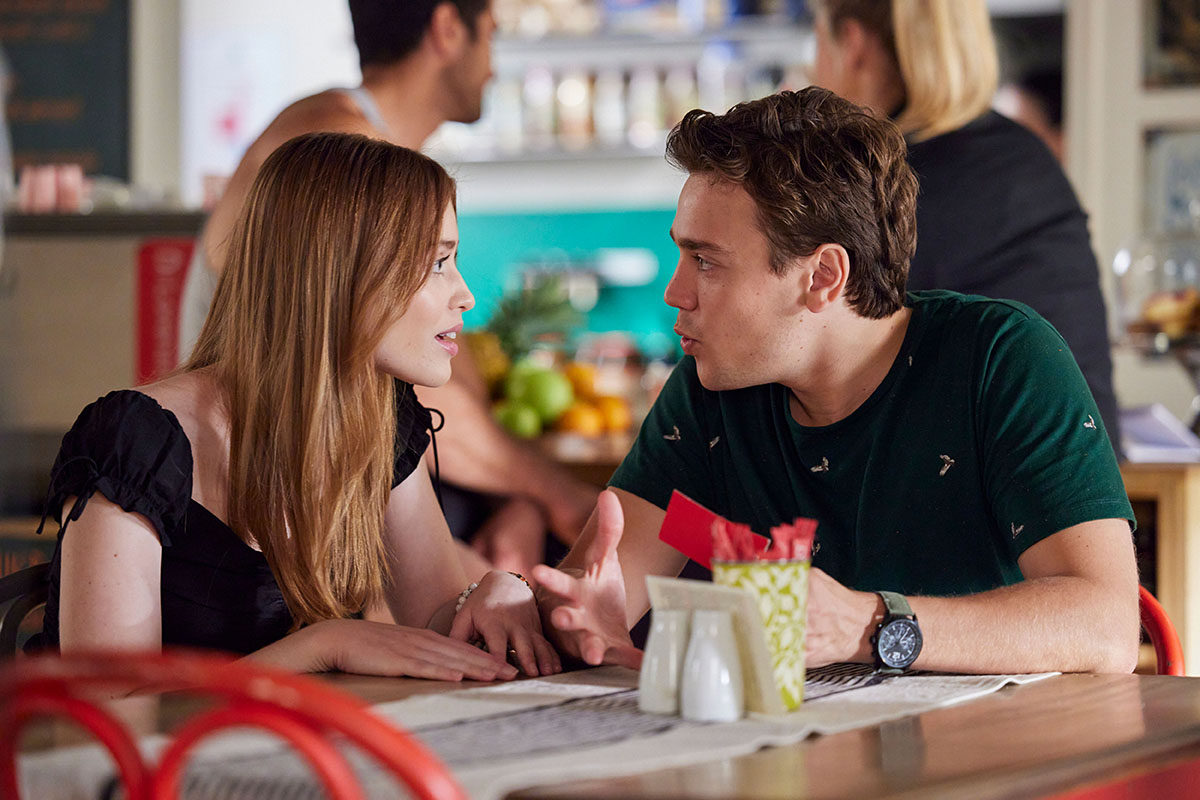 However, Ryder needn’t worry, as Chloe already has a solid idea. She gives him the business card from the taco van that was catering Nikau’s (Kawakawa Fox-Reo) modelling party, and reveals her grand plan – they’re going to start a food truck of their own! 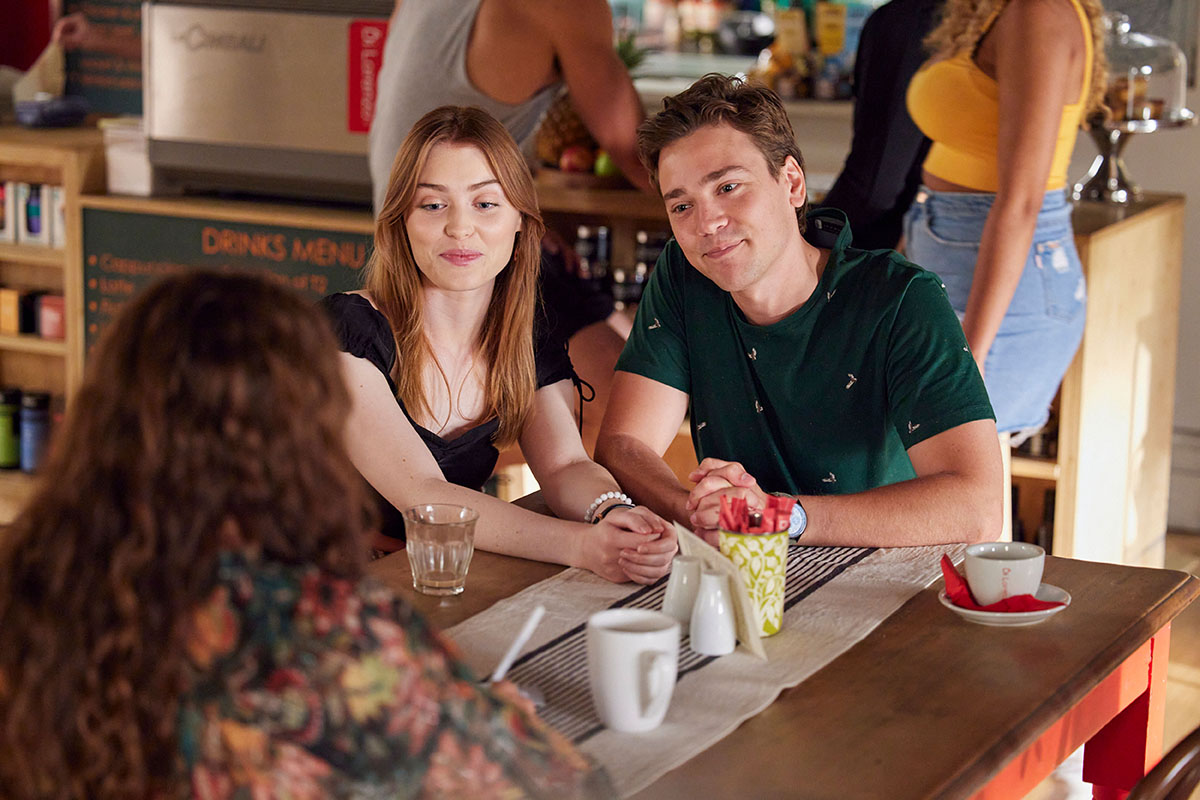 It can go in the surf club car park. It’s hardly rocket science, she explains, selling tacos out of a van, and they’ll make a killing feeding hungry surfers fresh from the water. Ryder thinks it’s a genius idea and is on board right away.

Just one tiny little problem. “How will we come up with the start-up funds?”

Chloe is convinced that Ryder can just talk his baby-boomer relatives and friends into stumping up the cash. However, when they come to sit down with Alf (Ray Meagher) and Roo to pitch their idea, they don’t have a good grasp of the numbers. “The usual amount?” is all Chloe can say when Alf asks her how much their startup costs are, and it’s clear they need to give this much more thought. 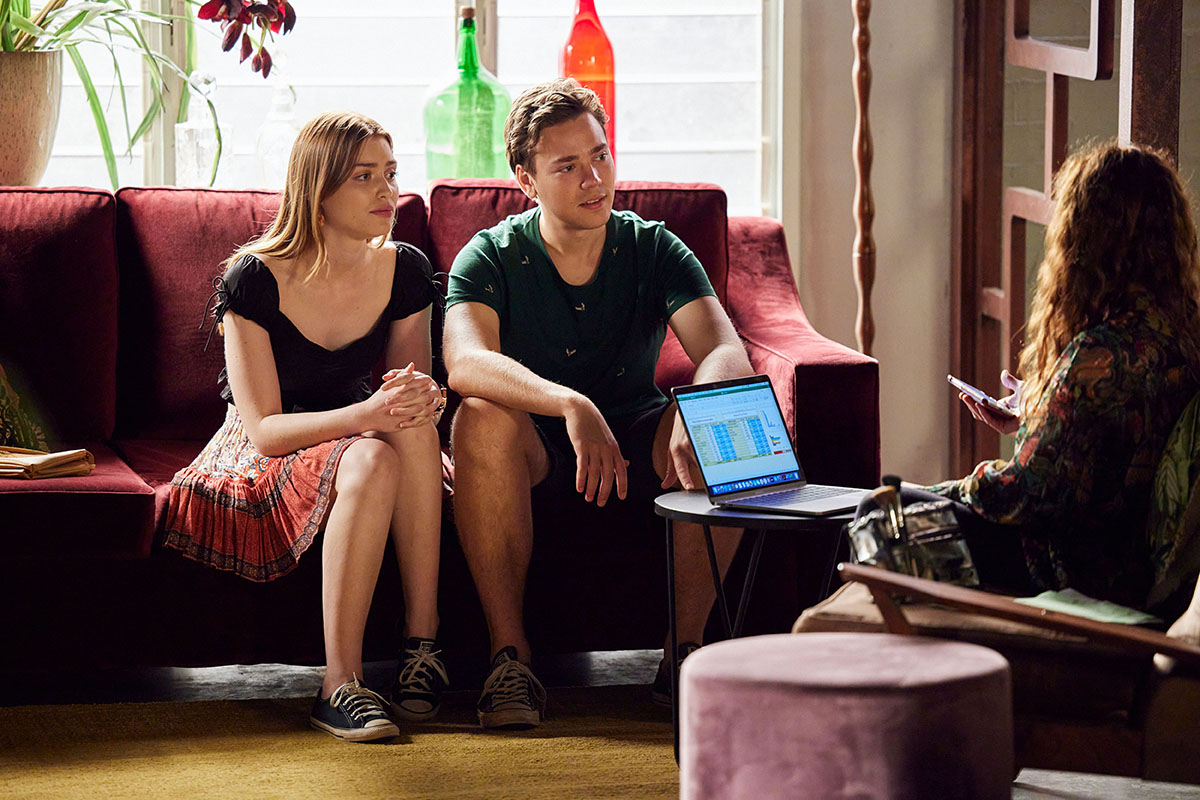 They later sit down with the more numbers-focussed Roo, and she talks them through their initial costs. The pair are reluctant to discuss the boring side of business, getting distracted by on their company name and flashy job titles, but she insists it’s a necessity.

They’re in for a shock when the costs begin to add up – truck, trailer, kitchen equipment, supplies, a council permit, and so on. 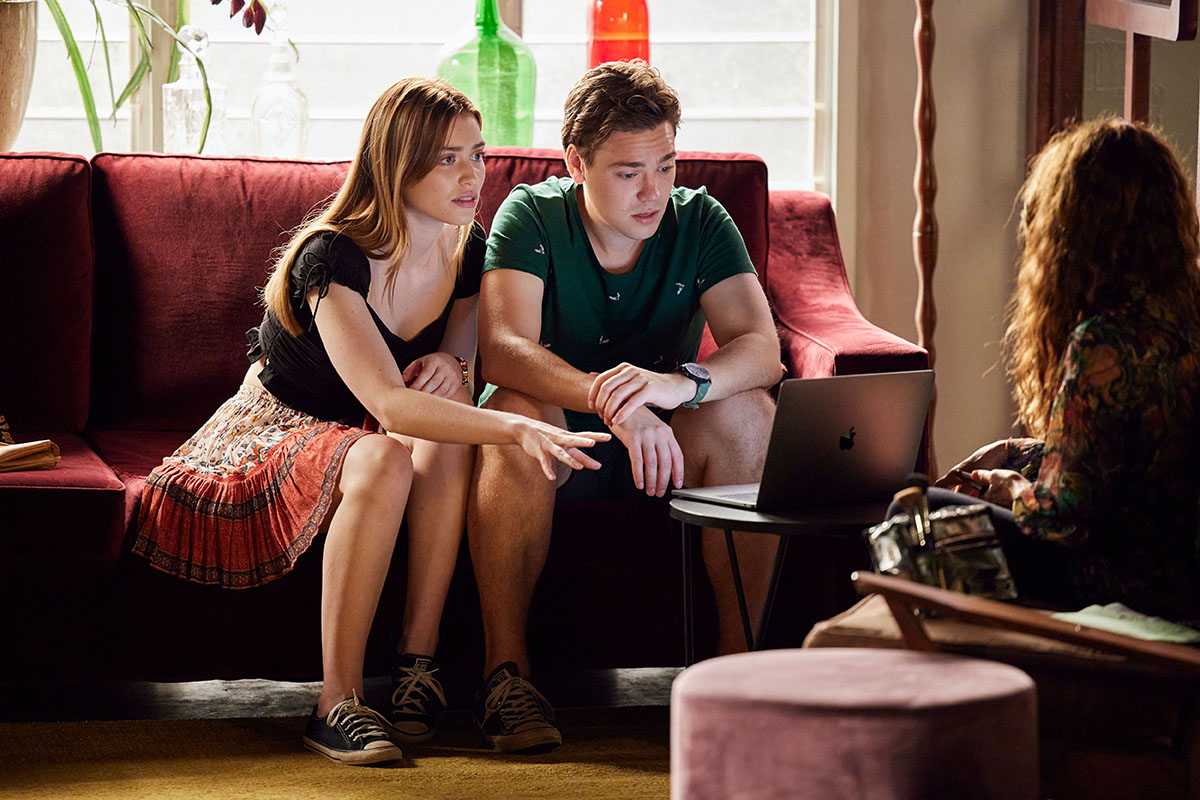 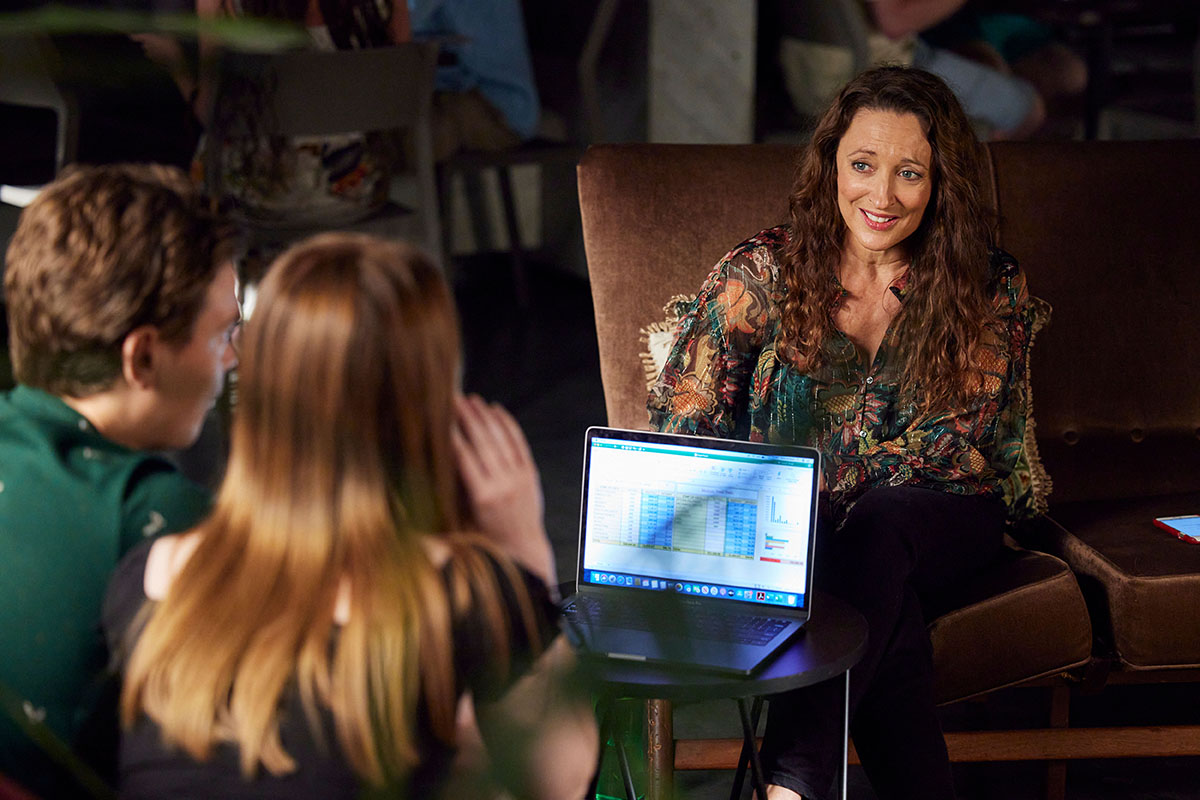 “You added that up wrong,” Chloe points out, arrogantly, when Roo presents them with the final figure. “You don’t teach maths, do you?”

“These numbers are correct,” assures Roo, ignoring Chloe’s attitude. “You guys are looking at $50,000!”

The news is a huge setback for Chloe, and she immediately thinks their dream is over. However, Ryder is still enthusiastic, and is convinced they can find a way to make it happen. As they try to formulate a plan at the Parata place, in walk Ziggy (Sophie Dillman) and Tane (Ethan Browne).

As they recount their plan, and explain that they’re in desperate need of a truck, a lightbulb goes off in Ziggy’s mind.

“I might be able to help you out. I have a mate that runs a junk yard.” 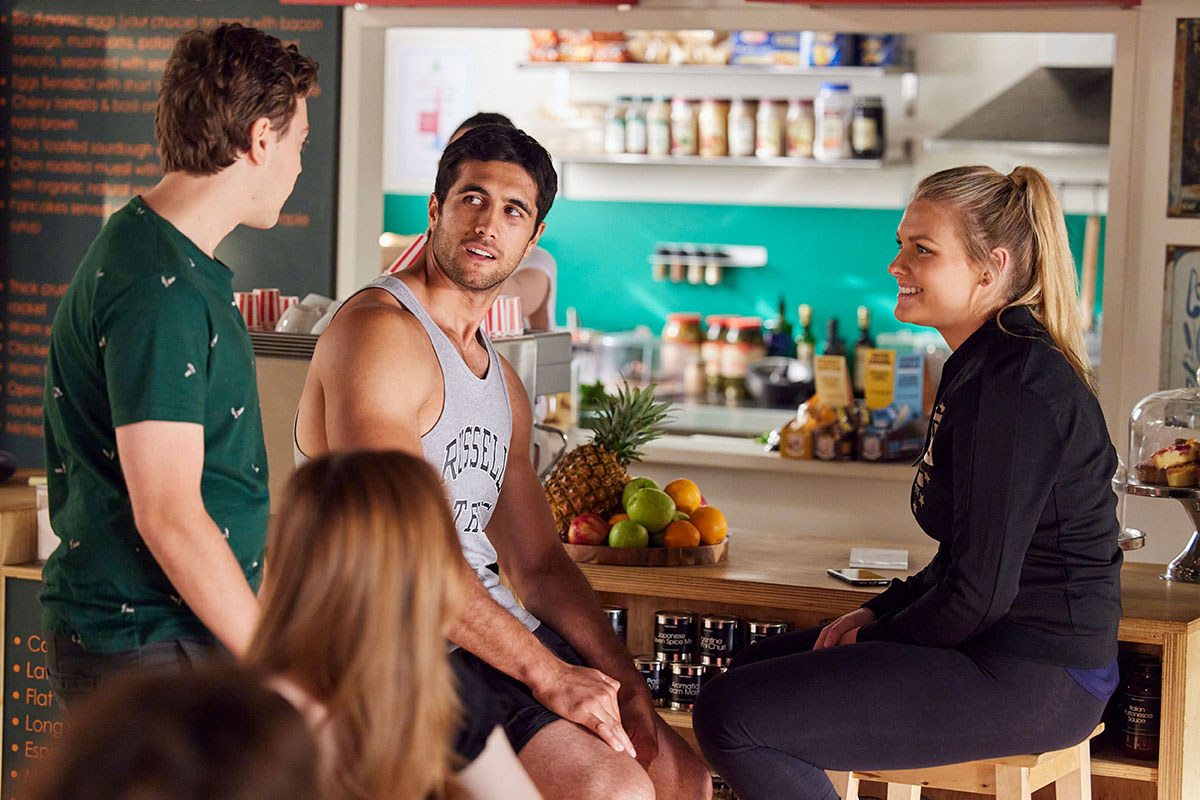 Meanwhile, Mackenzie (Emily Weir) is still in a bad place following her abortion and breakup. She’s hungover, has an injured hand after cutting it on some broken glass, and it’s on Dean (Patrick O’Connor) to drag her kicking and screaming back to work at Salt. 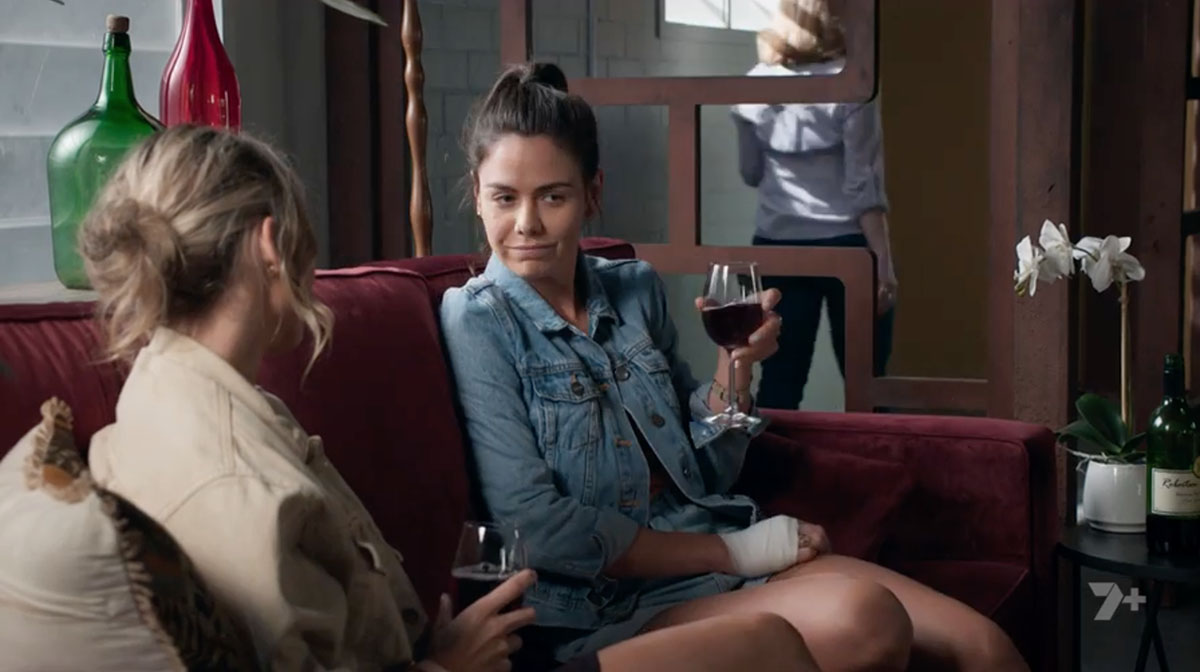 Her first day back is a success. However, when her one remaining friend Jasmine (Sam Frost) comes into the restaurant, she grabs a bottle of wine for the pair of them, and gets on it once again. When Jasmine makes an early exit, Mac makes a beeline for the first attractive man she sees at the bar, and Dean is in for a shock the following morning when he finds the guy in his apartment.

Mac’s successful night has lifted her spirits, and she’s on top form the next day as she passes her old employee on the way to the restaurant. 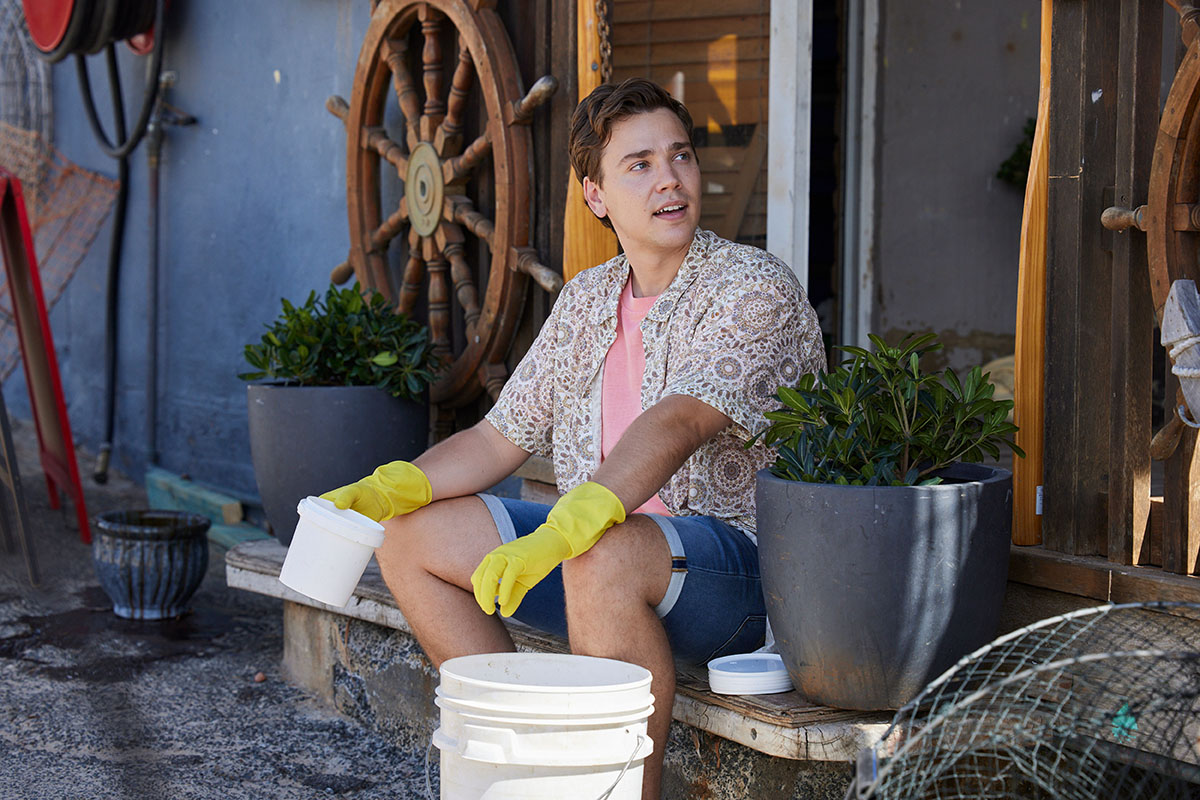 She finds it hilarious to see her old second in command now sorting bait for his granddad. “Wow, I see quitting Salt’s finally worked out for you.” 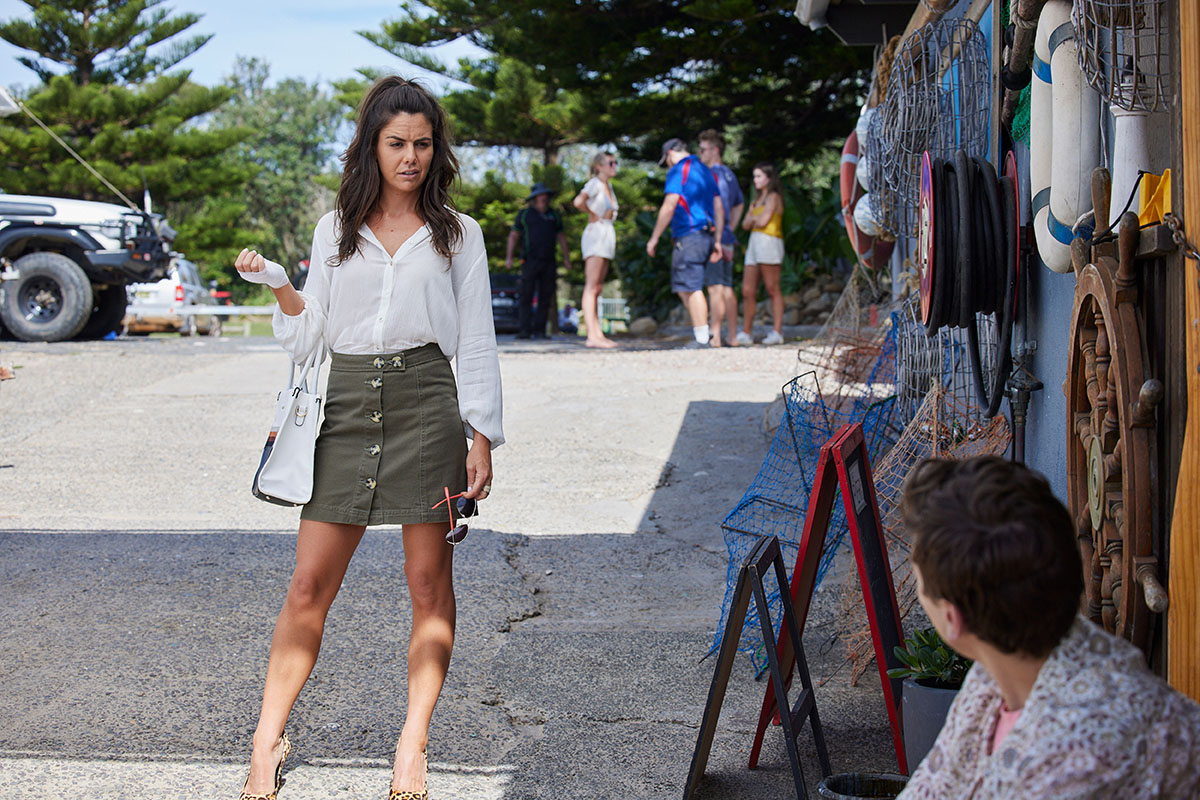 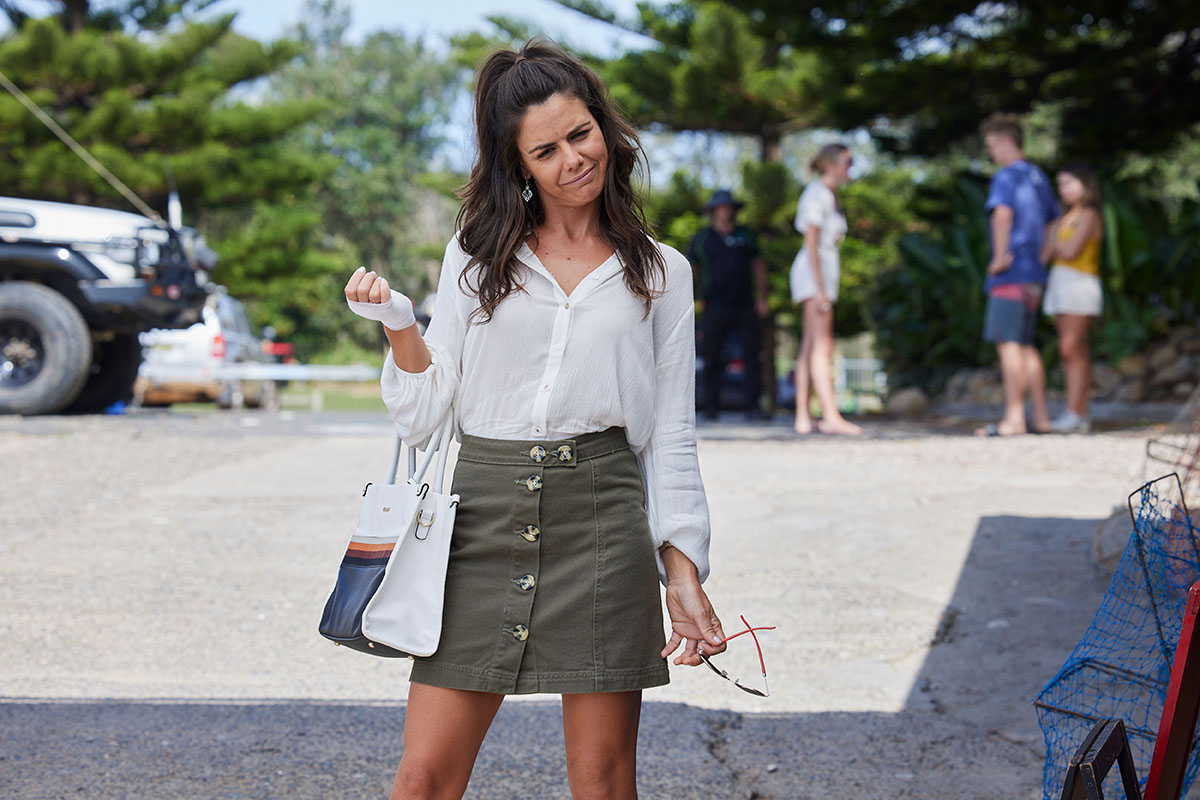 However, he’s quick to reveal that he’s got much bigger plans, and confidently tells her all about their food truck venture. “So we will be in direct competition.” 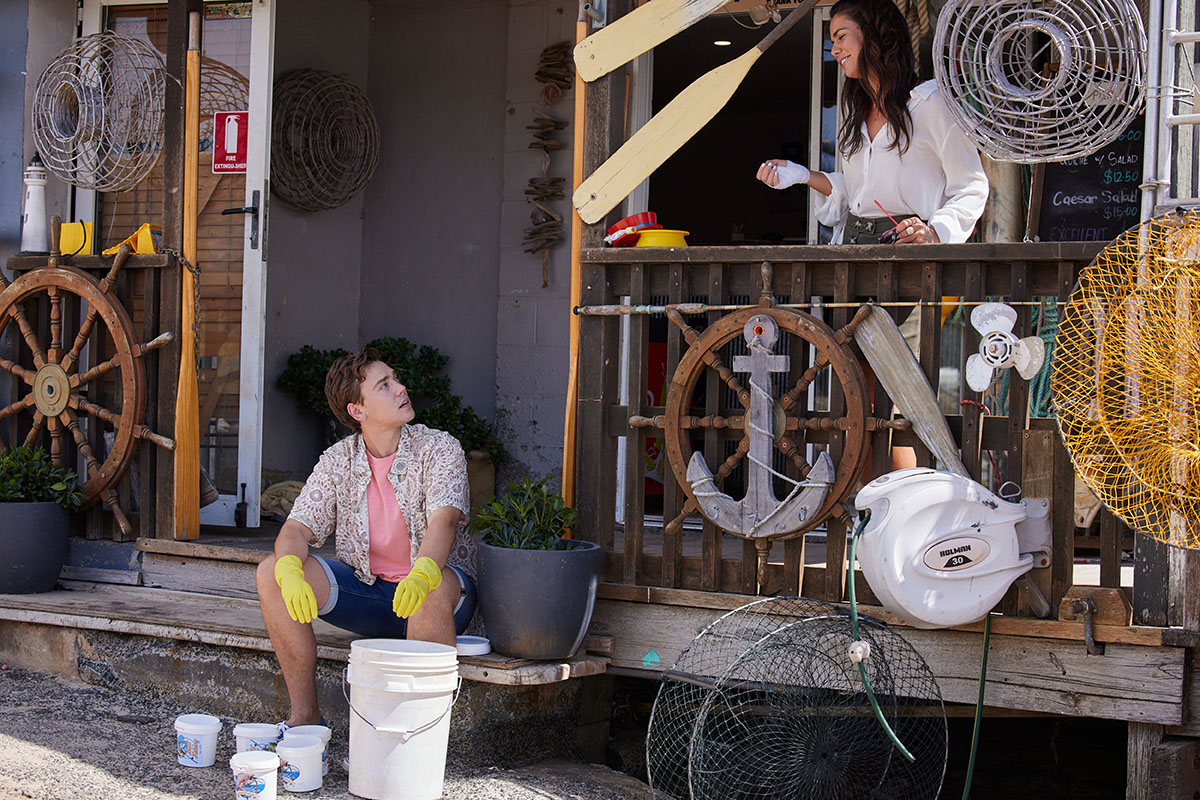 “Aww, good luck with that,” she mocks, laughing as she heads up to the restaurant.

Suddenly, there’s added impetus to make their dream a success. When Chloe joins him, he tells her that they need to get their food truck sorted ASAP, so they can prove to Mac that they’re capable of making it in the hospitality industry. 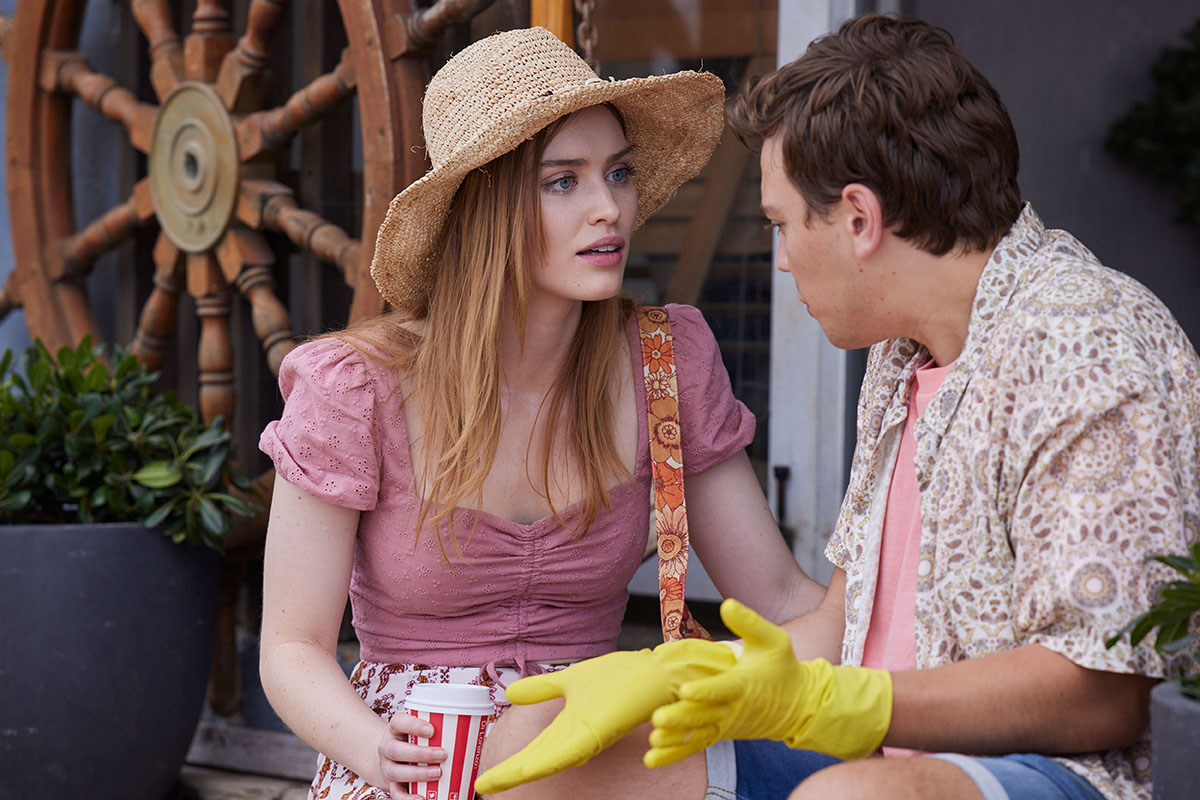 Thankfully, luck (and good friendship) is on their side. 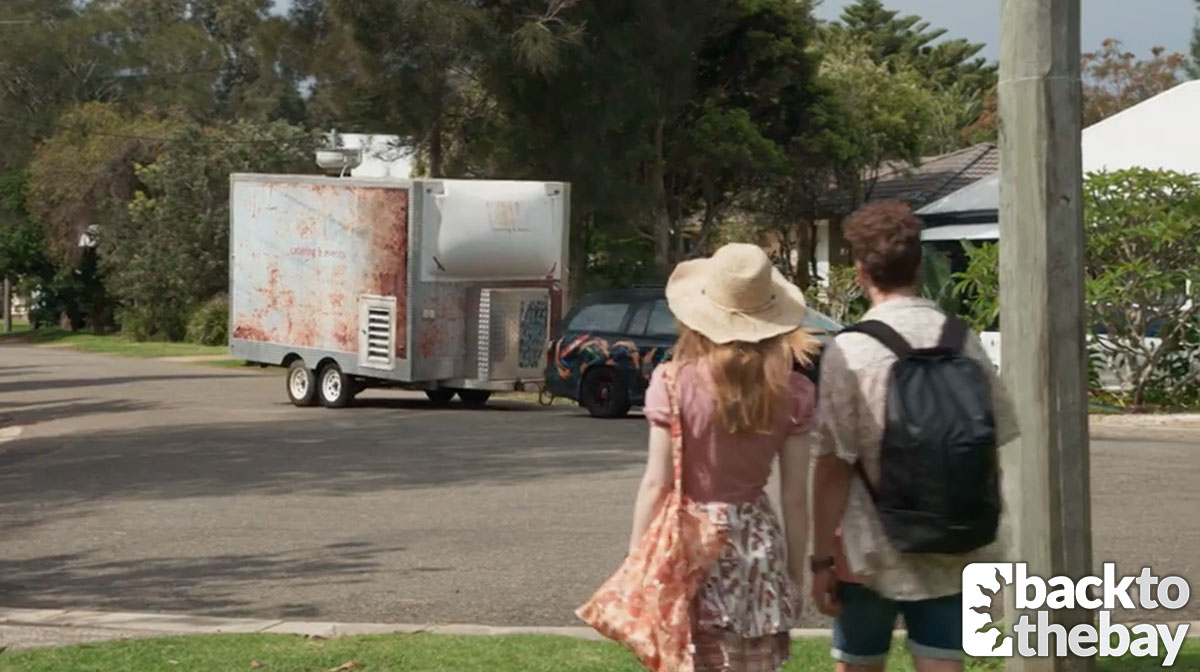 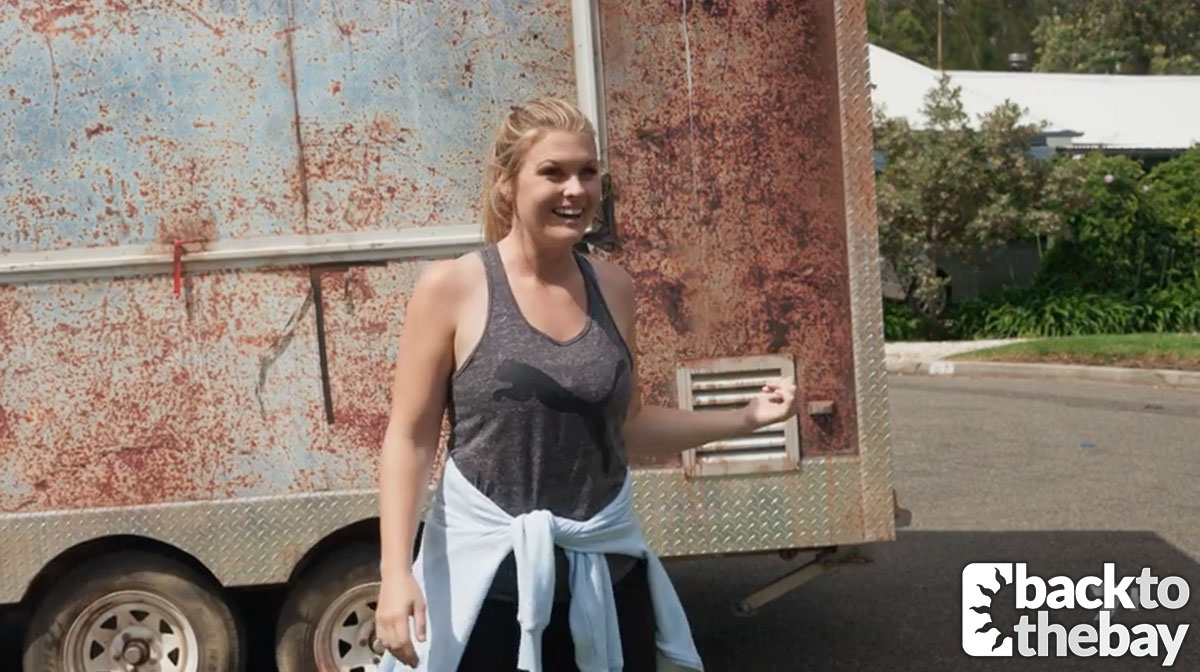 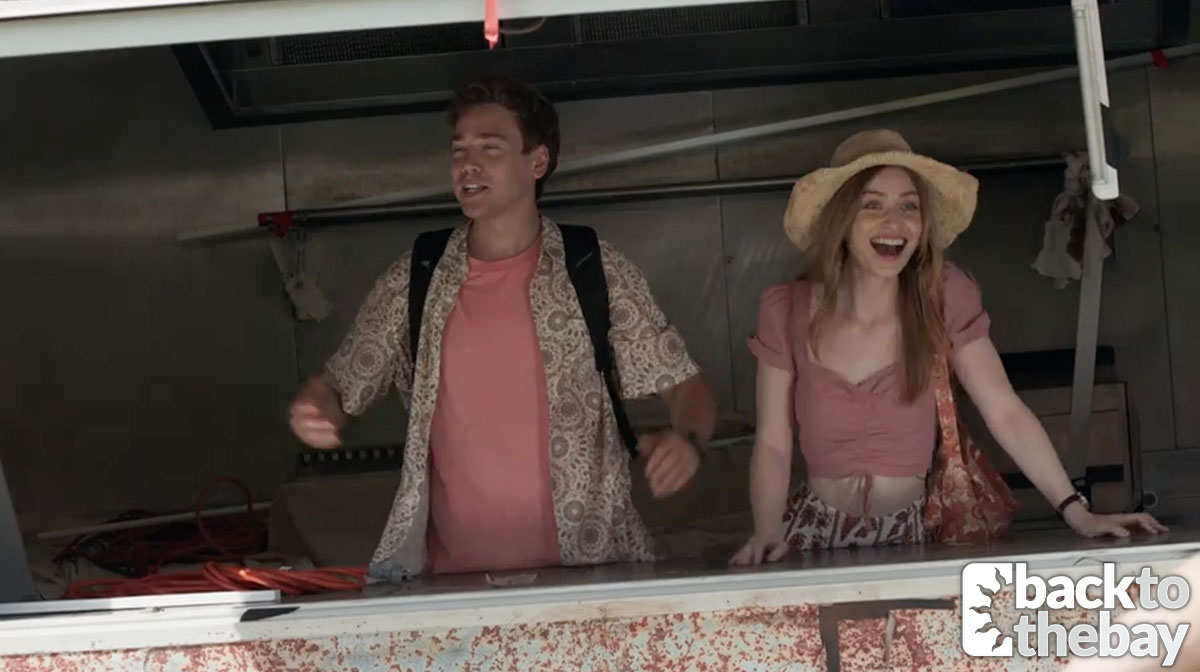 Before the week is up, and after a little pressure from the two passionate teens, Ziggy comes good on her promise. She drives into Saxon Avenue in a battered, rusty old food truck commandeered from her friend’s scrap yard. It may not look like much, but it’s exactly what the two teens are looking for, and is the perfect truck to start their new business. 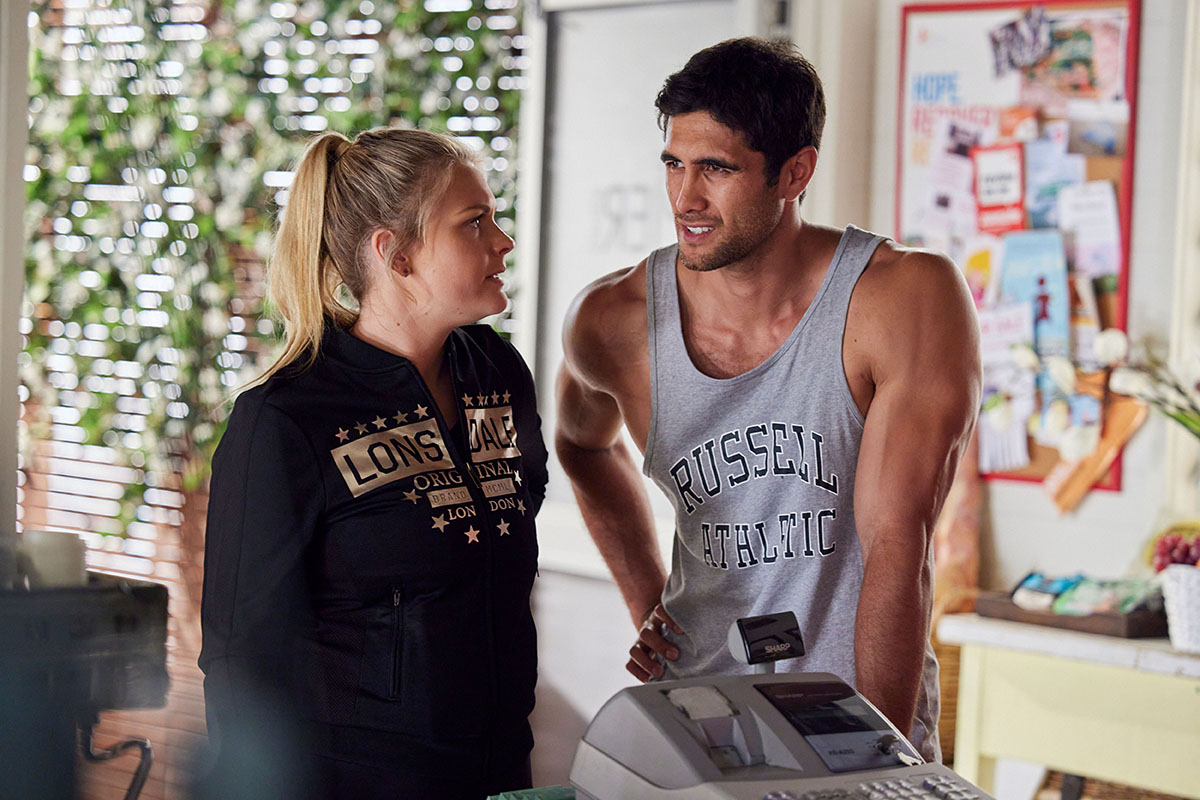 Elsewhere, Tane suggests to Ziggy that they move in together. It’s just a matter of weeks since he said “I love you” for the first time, and now he thinks they’re ready to take the next big step in their relationship.

Her freaking out is the last thing he expected. In his head, she leapt into his arms and they spent the rest of the day together, but in reality she needs some time to process it. The setback hits Tane like a brick.

Will she be able to get over her insecurities before she makes Tane think she’s having doubts about their future?

Ziggy is worried about Mac. Chloe and Ryder devise a plan. Christian and Tori are not seeing eye to eye. Leah brings in the reinforcements.

Has Christian finally freed his past? Dean gives Mac a dose of hard love. Justin tries to be more supportive of Leah.

Mac pushes everyone away. Ryder and Chloe’s dream comes true. Tane wants to take his relationship to the next step.

Nikau’s life is being managed for him. Bella’s plans are blown. Ziggy makes a decision.