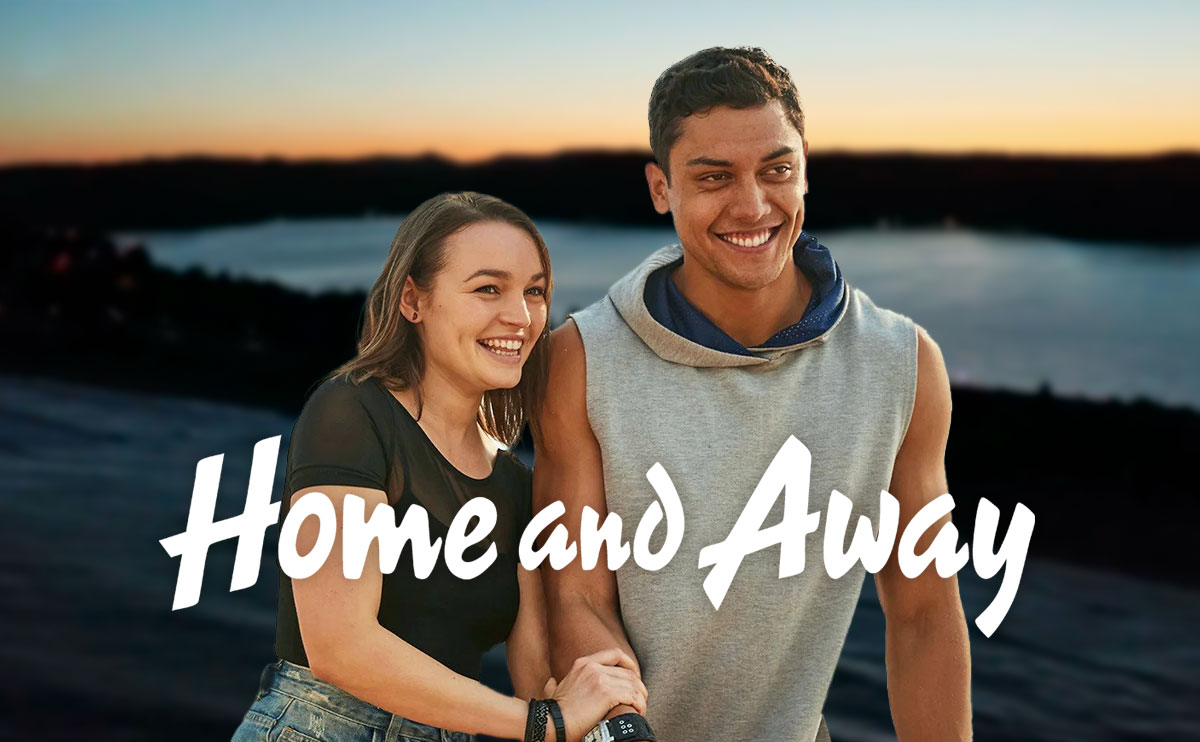 Coming up next week on Home and Away in the UK, Bella and Nikau are in for a spooky shock as they head for a romantic getaway, while Christian finds himself arrested as Lewis goes to more extreme measures to get rid of him.

Two weeks ago, the feud between doctor Christian Green (Ditch Davey) and nurse Lewis Hayes (Luke Arnold) reached its peak when Christian punched his rival. The spell of deaths which has plagued Christian’s patients in recent months caused the managers of Northern District Hospital to open an investigation to see whether his negligence contributed to their deaths.

The family of his most recent patient also asked for an autopsy, all of which has made Christian doubt his own abilities as a neurosurgon. 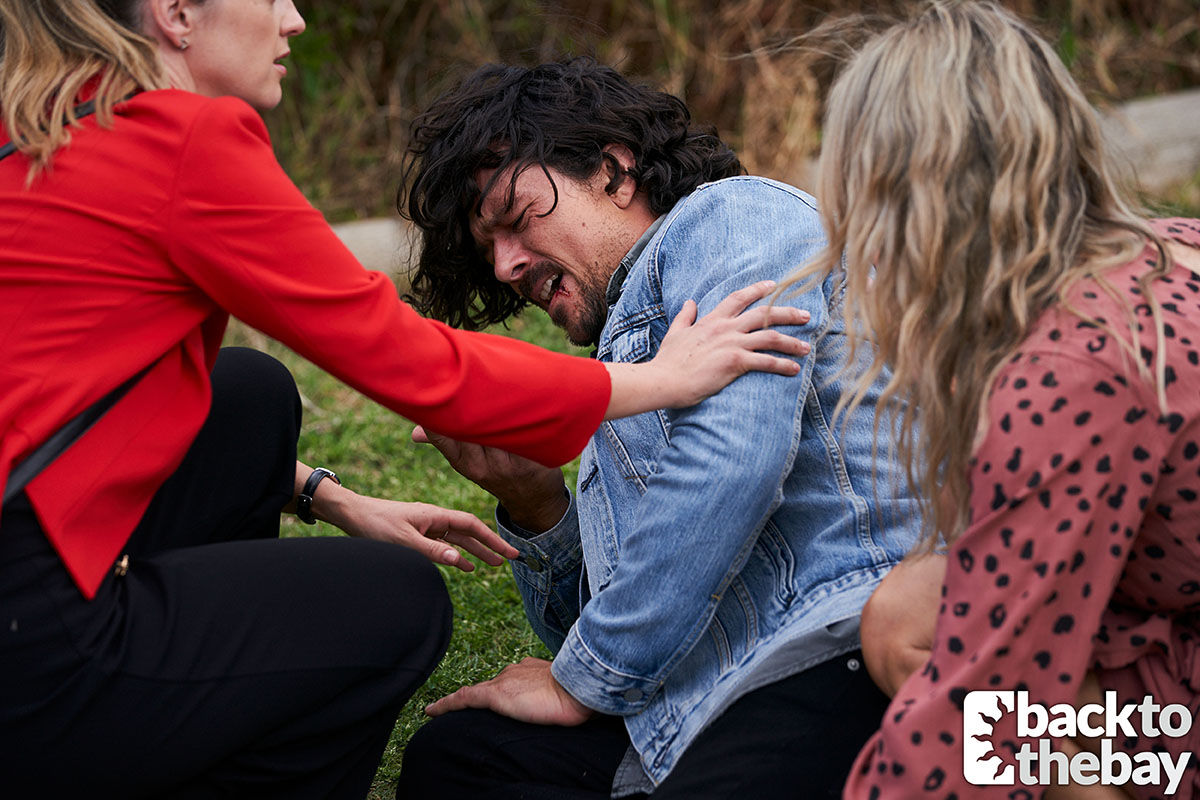 When Christian turned to the booze, it gave Lewis the opportunity for another dig – “just one glass of prosecco again, doc?”– causing the doctor to finally snap and punch the hospital’s chief nurse in the face, in front of Tori (Penny McNamee) and Jasmine (Sam Frost). It was exactly what Lewis wanted, with the brief moment of pain meaning he now had even more leverage to use against the neurosurgeon.

Despite Jasmine’s best efforts to talk him out of it, Lewis decided to file a report with the hospital, putting Christian’s career in even more jeopardy. With multiple dead patients and a colleague reporting him for assault, the hospital were sure to take action against him. Lewis’s plan seemed to be working perfectly – with nobody knowing that he is the actual cause of Christian’s spate of patients’ deaths, having injected them with a lethal cocktail of drugs. 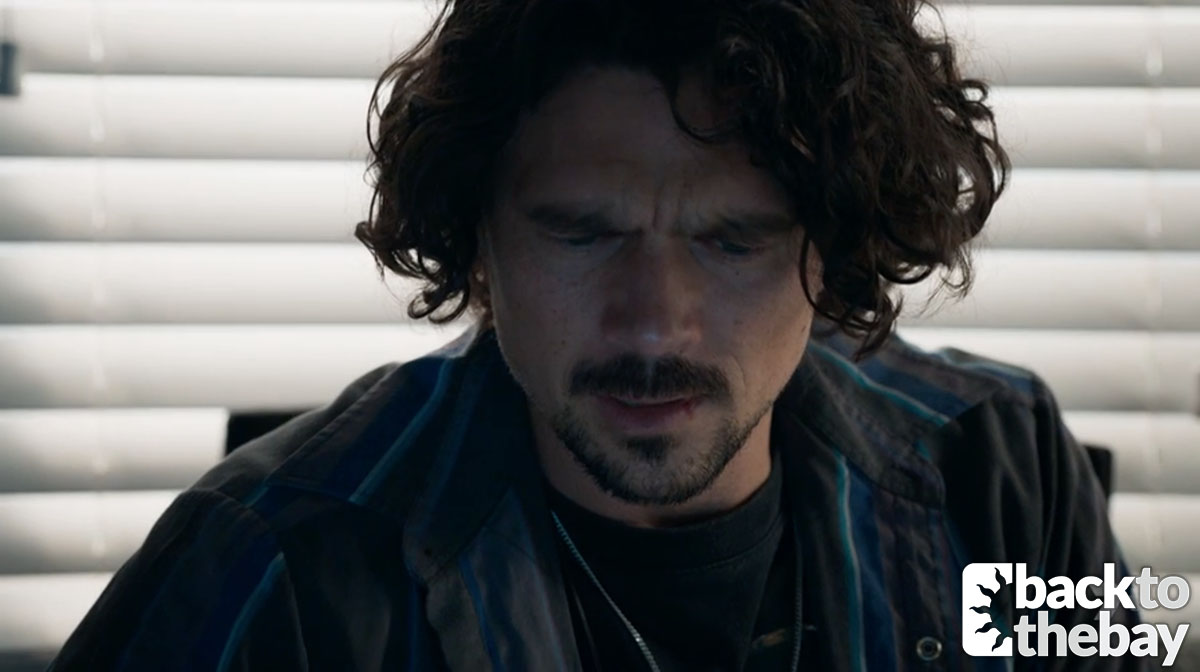 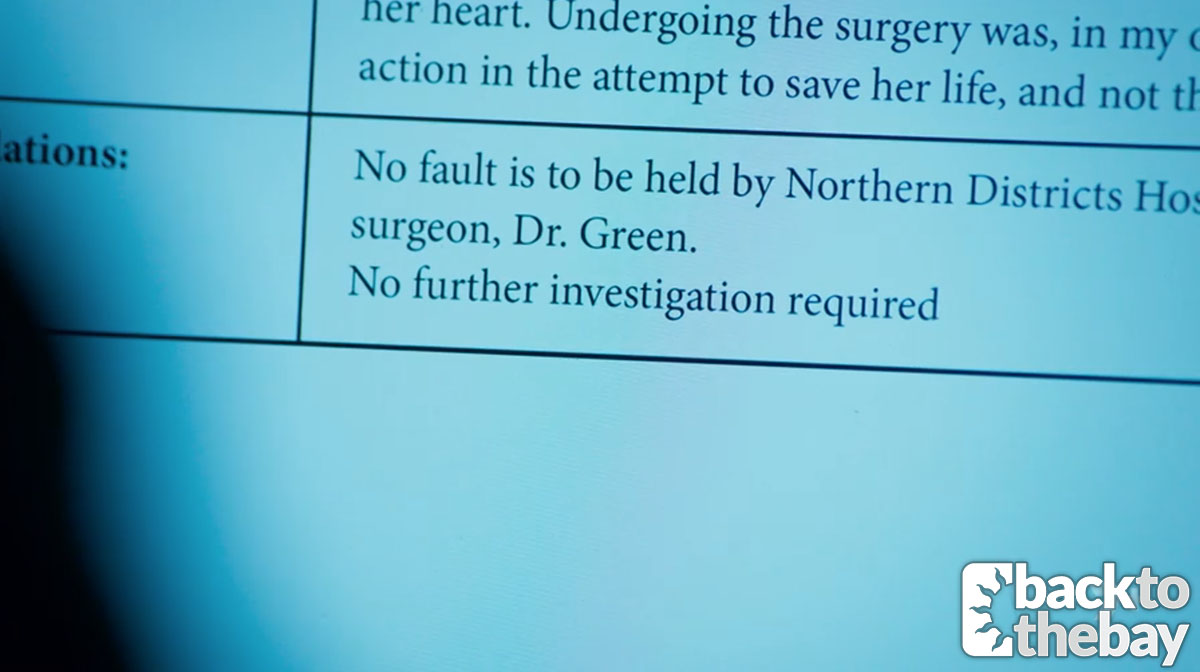 However, this week, both Christian and Lewis are stunned when the results of the autopsy and the hospital investigation come in, and Christian is completely acquitted of any wrongdoing. Lewis, who’s snuck into Tori’s office to get the results before they’re publicly available, can’t believe it! Slamming Tori’s laptop shut, he’s more convinced than ever that the system will do anything to protect their own.

Jasmine is taken back by her boyfriend’s doggedness; it seems he is so convinced by Christian’s negligence that he won’t even believe the results of an official investigation. She understands that he’s still upset over the death of his wife, but he seems determined to find any way of ruining Christian, telling her “I’m trying to understand what else I have to do to make Christian pay.”

She’s beginning to realise just how worrying his behaviour has become. 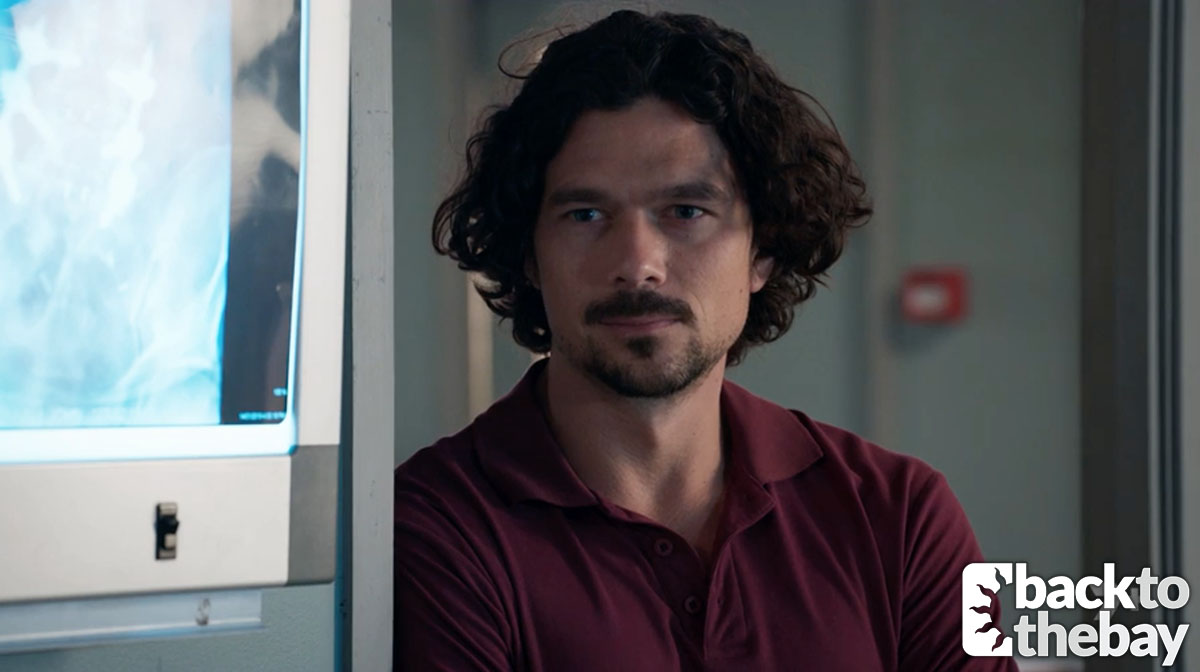 Christian is so relieved when the results of the investigation bring good news, and his suspension is lifted. Just wanting to put the whole thing behind them, he approaches Lewis and asks them if they can put aside their differences for the sake of their patients.

“Could we just put this whole thing aside and just concentrate on our jobs?”

Obviously, the vindictive nurse doesn’t want a bar of him, angrily telling Christian he’s not going to let anyone else die because of him! 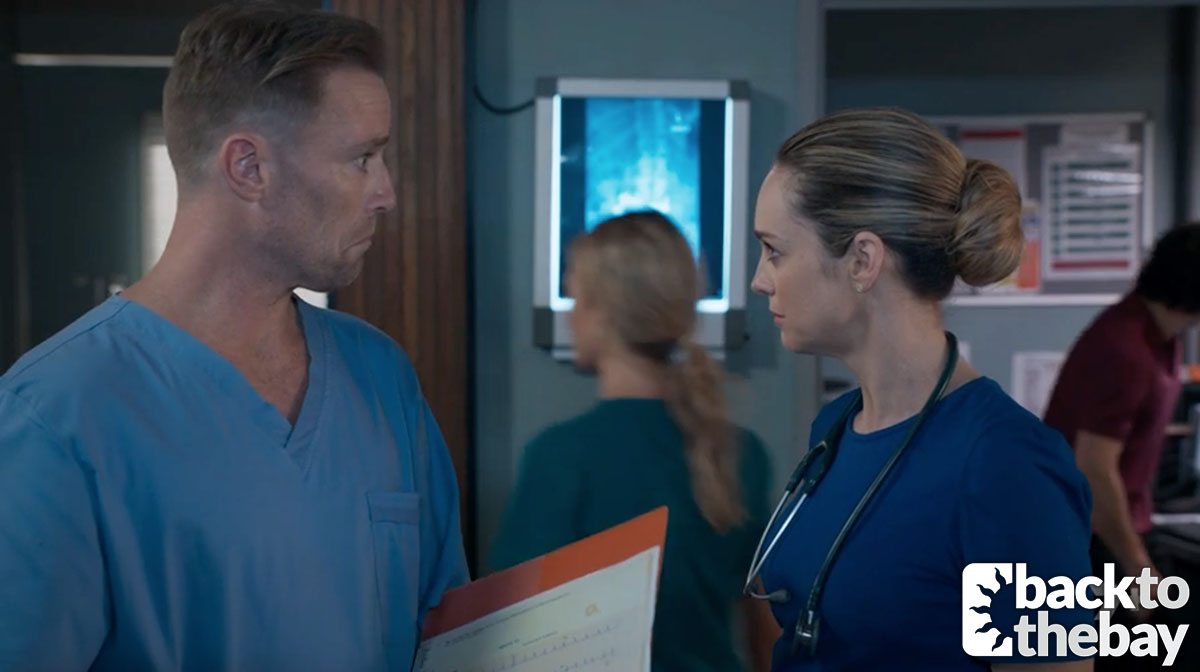 Soon after, Lewis reveals the next trick up his sleeve. When Christian approaches the nurses station, Lewis acts cordial towards him, offering to organise the tests and paperwork for his current patient. Tori and Christian are both taken aback, thinking that perhaps they’ve turned a corner and the head nurse has finally decided to cut them some slack. 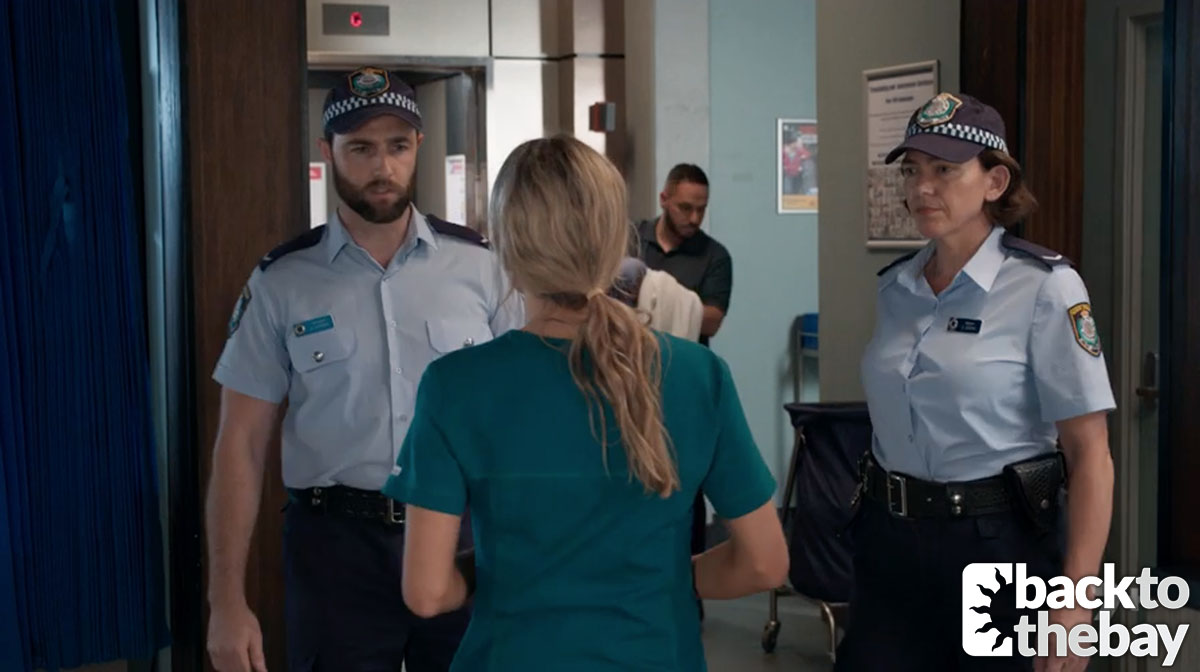 However, seconds later and they realise just how wrong they were. Around the corner comes Constable Murray, looking for a Dr Christian Green! The police officer leads him away after informing him that he’s under arrest for the common assault of one Lewis Hayes! 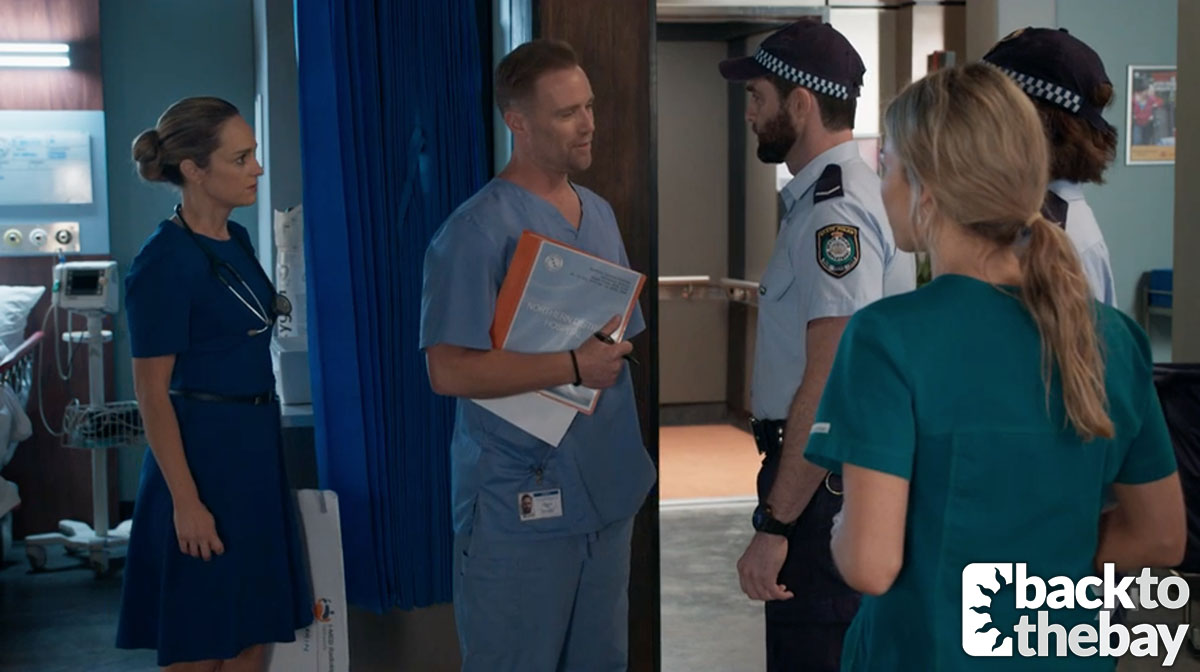 Lewis’s desire to destroy Christian’s career has just taken a momentous step forward, with the doctor facing up to 2 years’ jail time for the assault. Is the nurse’s plan about to succeed?

Elsewhere next week, Nikau surprises Bella with a romantic getaway, giving them a much needed respite from the sickening new relationship that is Chloe and Ryder. 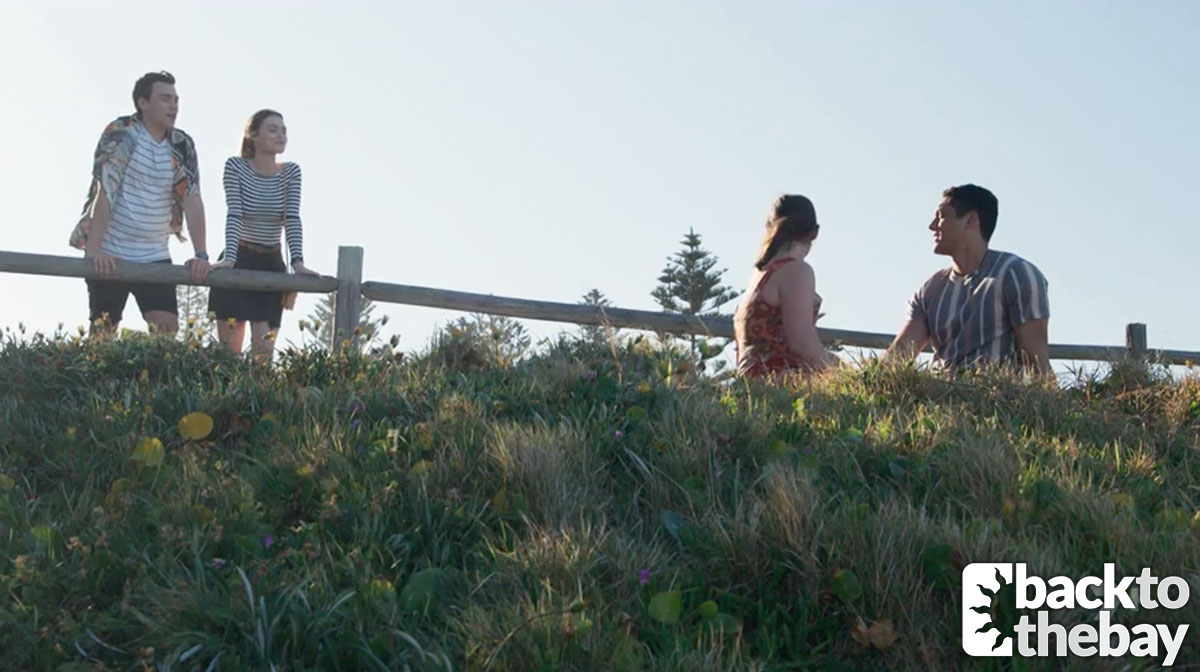 The pair have been driving Bella crazy over the last few weeks, not giving her and Nik any alone time together.

At first it stemmed from their hatred for each other, not wanting to be left alone together for more than 30 seconds. Thus, Bella had hoped that by getting them together, they would start spending more time just the two of them and leave her and Nik alone. However, even now they’re a couple, they still seem to want to spend all of their time as a foursome. 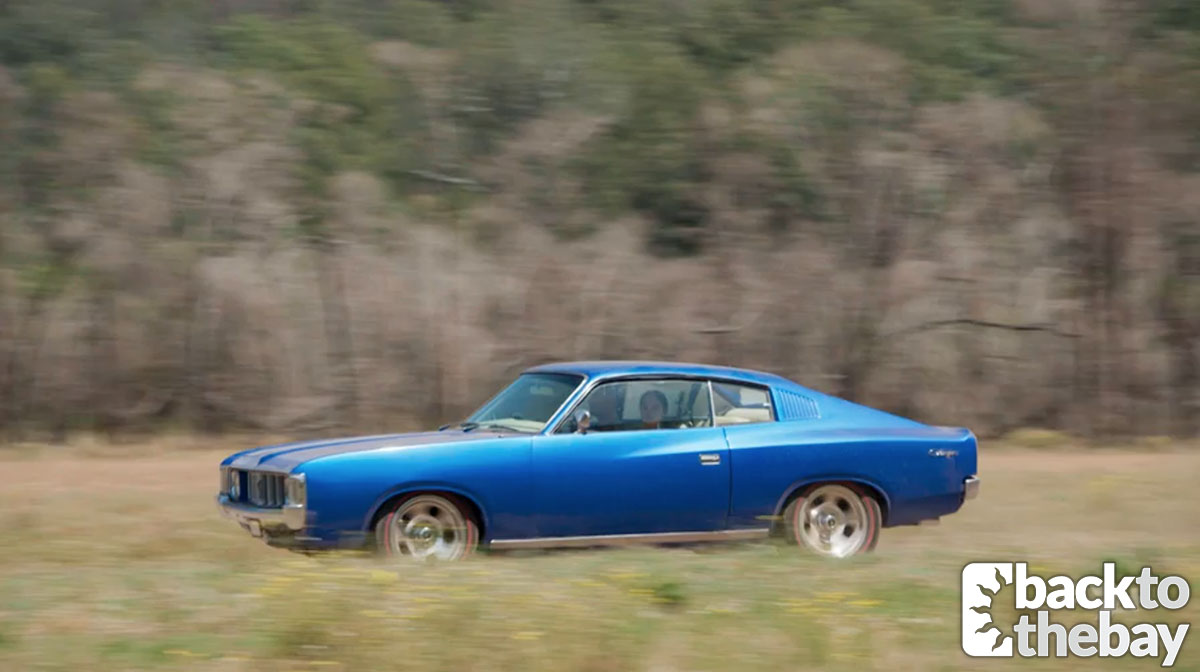 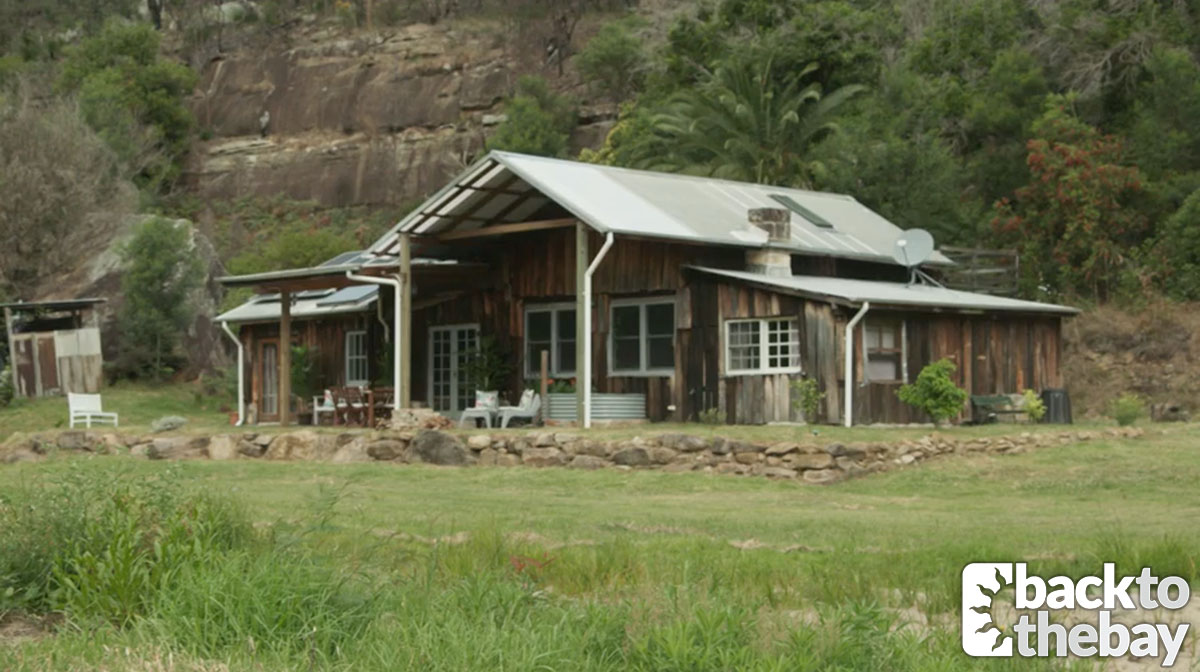 While Nikau loves his cousin, and initially put Bella’s concerns down to jealousy, he’s finally coming around to her way of thinking. Having to see Chloe and Ryder in their loved up state is driving him crazy too, and he needs an escape.

He organises a romantic trip for two to a cabin in the woods, even renting a car so he can drive his girlfriend to their surprise destination. 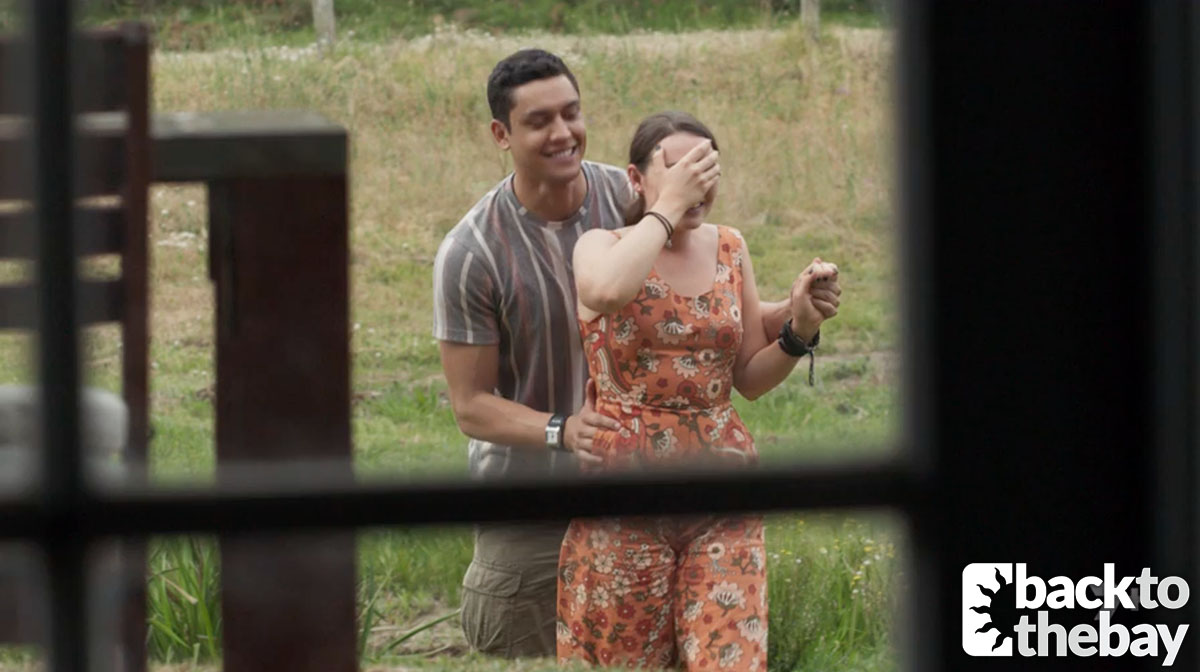 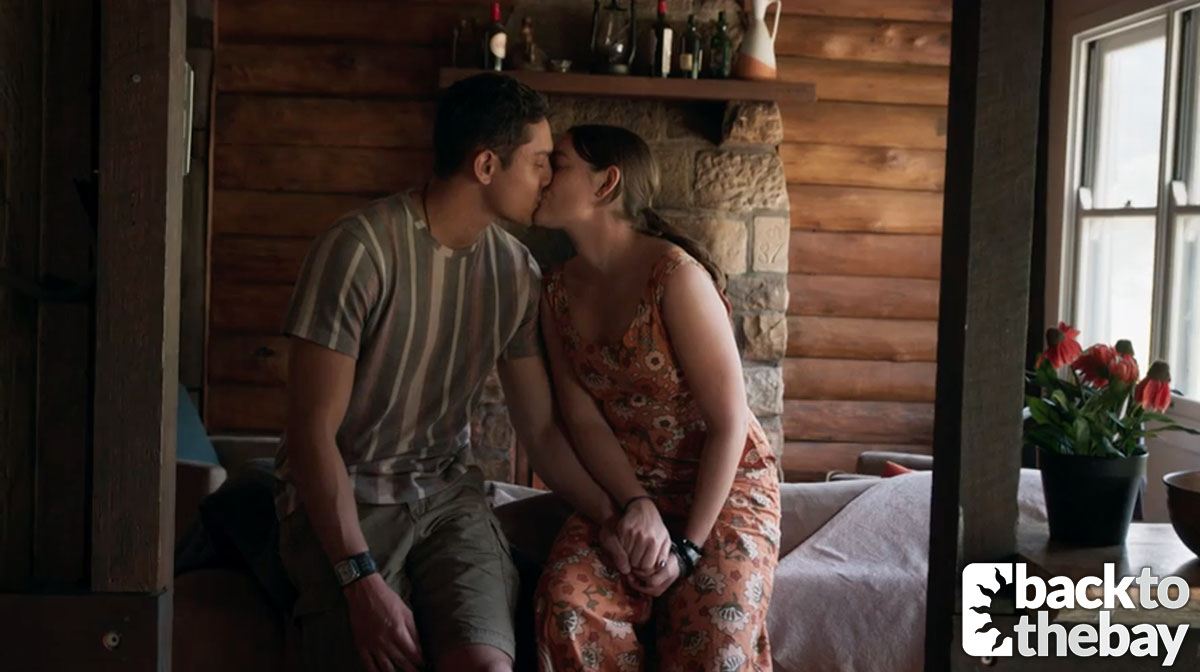 She’s completely blown away that he would go to so much effort, especially on his meagre bait shop salary.

The two manage a blissful few hours together, before they’re in for a rude interruption…

Back in Summer Bay, Ryder and Chloe are lost without their two friends. When they discover that Nik and Bells have run away for the night, they decide to join them. It ticks two boxes: not only do they get a fun weekend away from Summer Bay, but, by interrupting what they’re well aware is a romantic getaway, they also get revenge on Nikau for his Māori speech prank from last week. 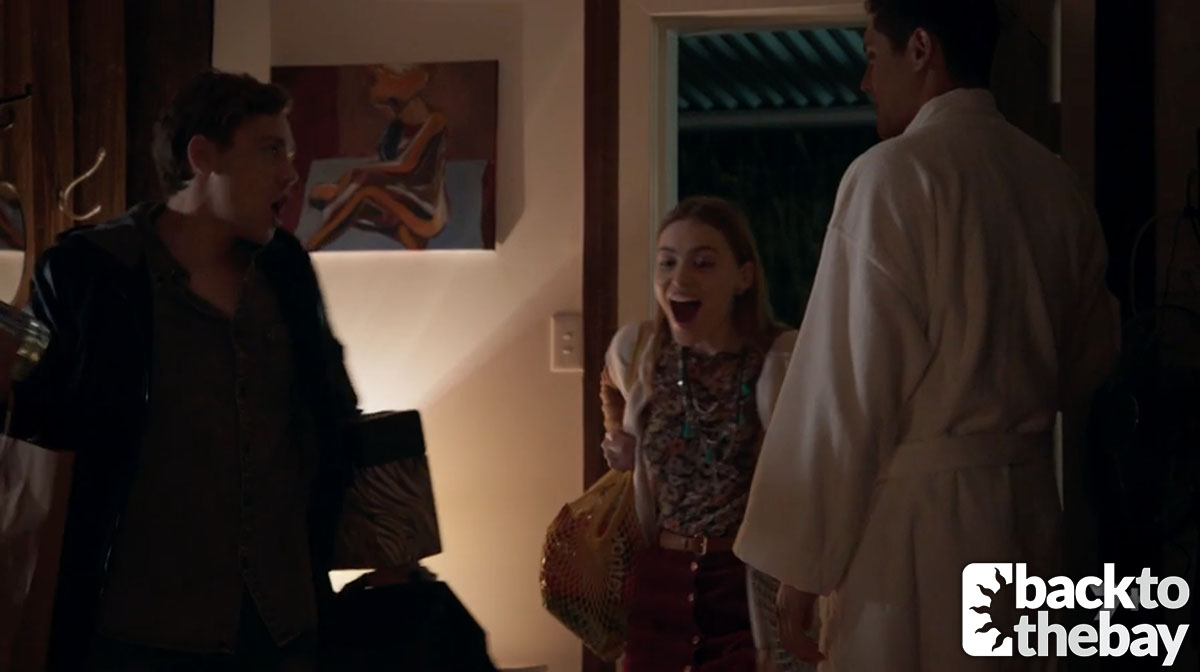 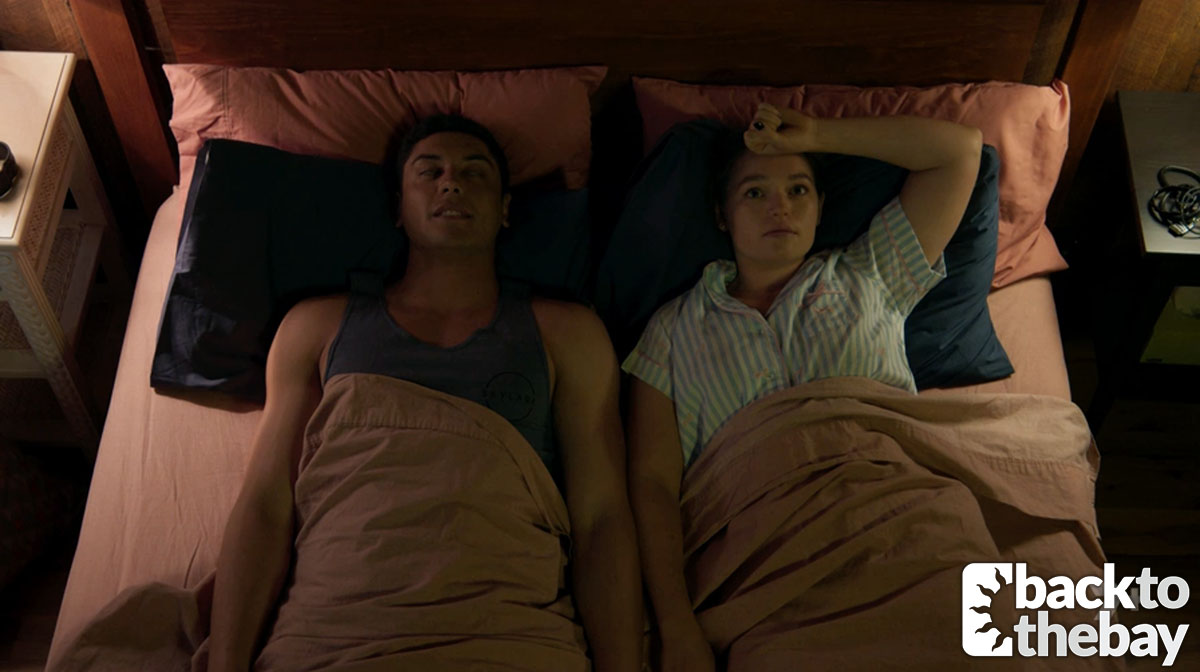 When they arrive at the cabin, it’s fair to say that neither Nikau or Chloe are happy to see them. Nikau has paid a fortune for the place and doesn’t want to waste it getting drunk with his friends – he could’ve done that back in the bay! He demands that they leave, but Chloe manages to convince him to let them stay just the one night. Bella is far from happy, but doesn’t have much of a choice.

However, the more established couple find a way to get back at the new lovers, bringing a little bit of “The Cabin in the Woods” to their… cabin in the woods. 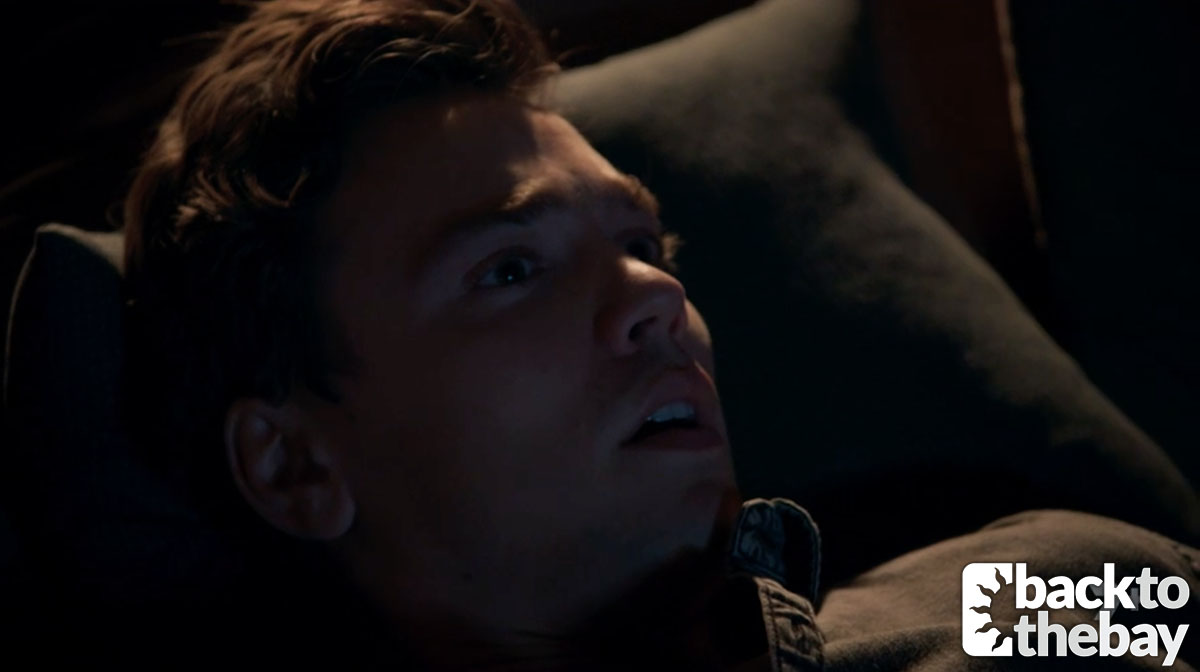 As Ryder sleeps, he’s woken by the sound of someone trying to get into the cabin, frantically tugging at the door knob. Freaking out, he tries to wake Chloe, but she’s too tired to care. He’s forced to prepare himself to battle their intruder alone! 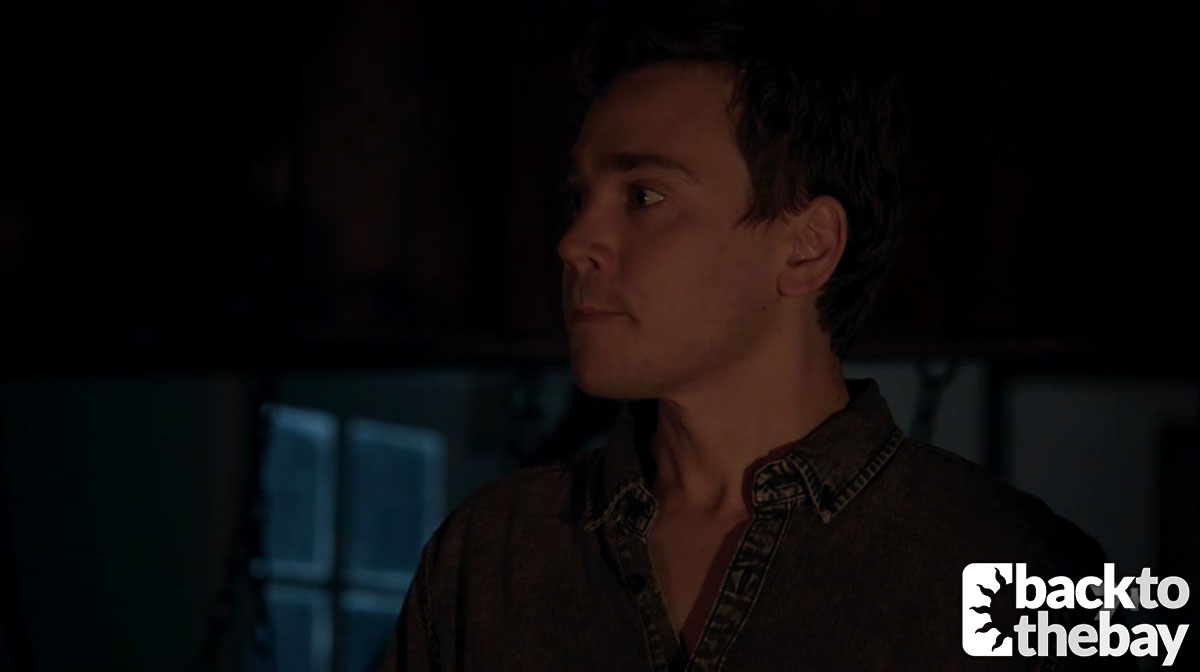 After a few minutes of circling the cabin and rattling various windows, a mischievous Nikau heads back through the window into his and Bella’s room. They’re both in hysterics knowing how much they’ve freaked out their friend – hopefully that’ll teach them for interrupting their romantic getaway.

Yet they’re in for a shock of their own when they get back to the bay. Bella looks through the snaps she took during their trip… and, in amongst the beautiful photos of their time away is something that chills her to her core. In the background of a closeup of Nik is a mysterious figure lurking in the shadows! Worse, it was taken before Ryder and Chloe arrived, so wasn’t one of them playing another prank. 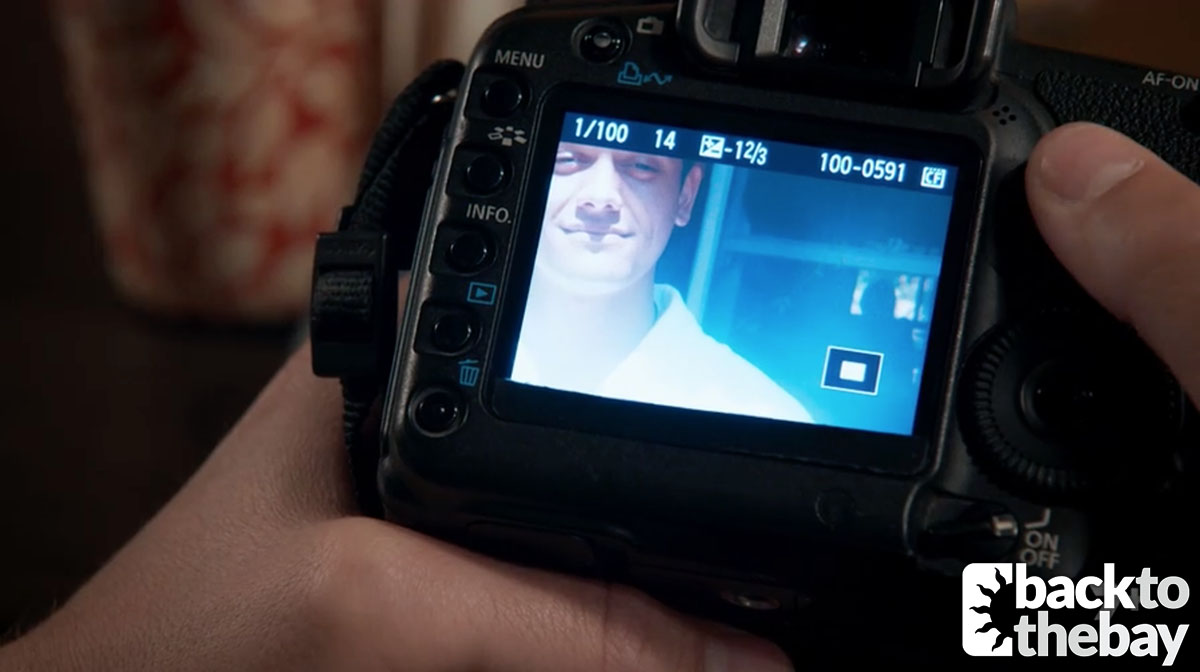 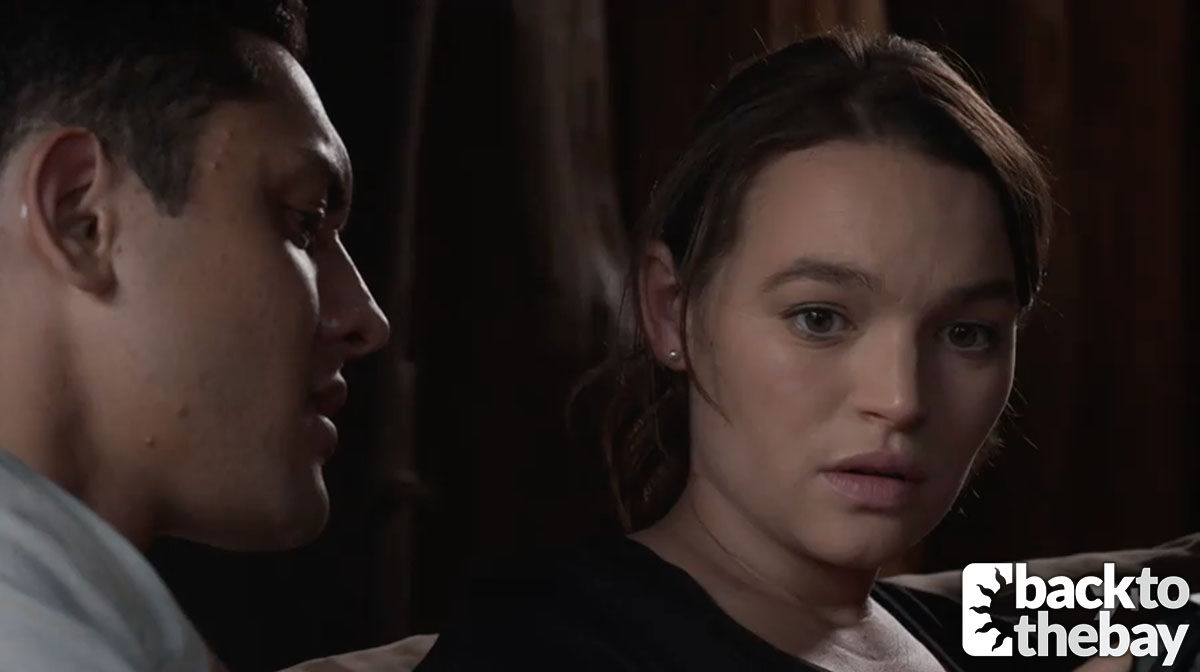 Were they really alone in the cabin?! 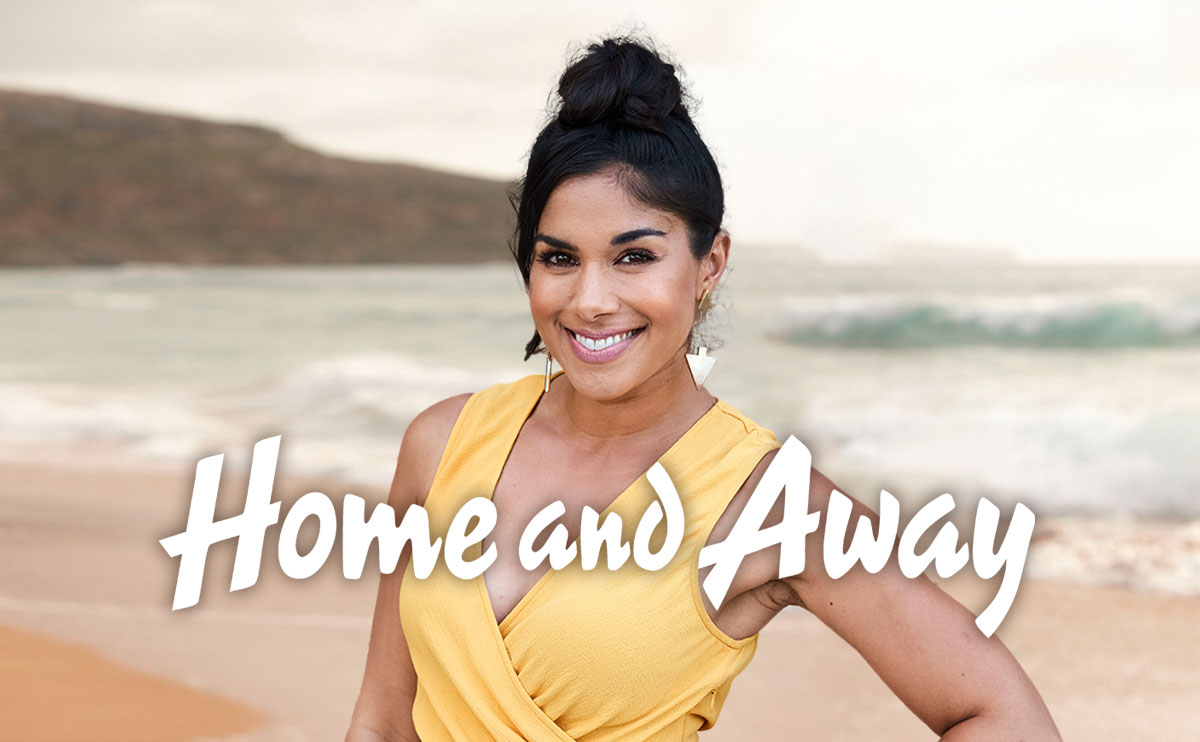 Also this week in the UK, goodbye Willow!

Willow leaves Summer Bay for a new life in Queensland as she reunites with old flame Alex. Will Dean give her his blessing?

Roo comes up with a plan to help save the Surf Club. Willow begins to hope for a future with Alex. Christian is surprised when Lewis makes a surprising move.

Willow makes a decision. Will Justin overdo things and risk his recovery? Will the article be a help or a hindrance?