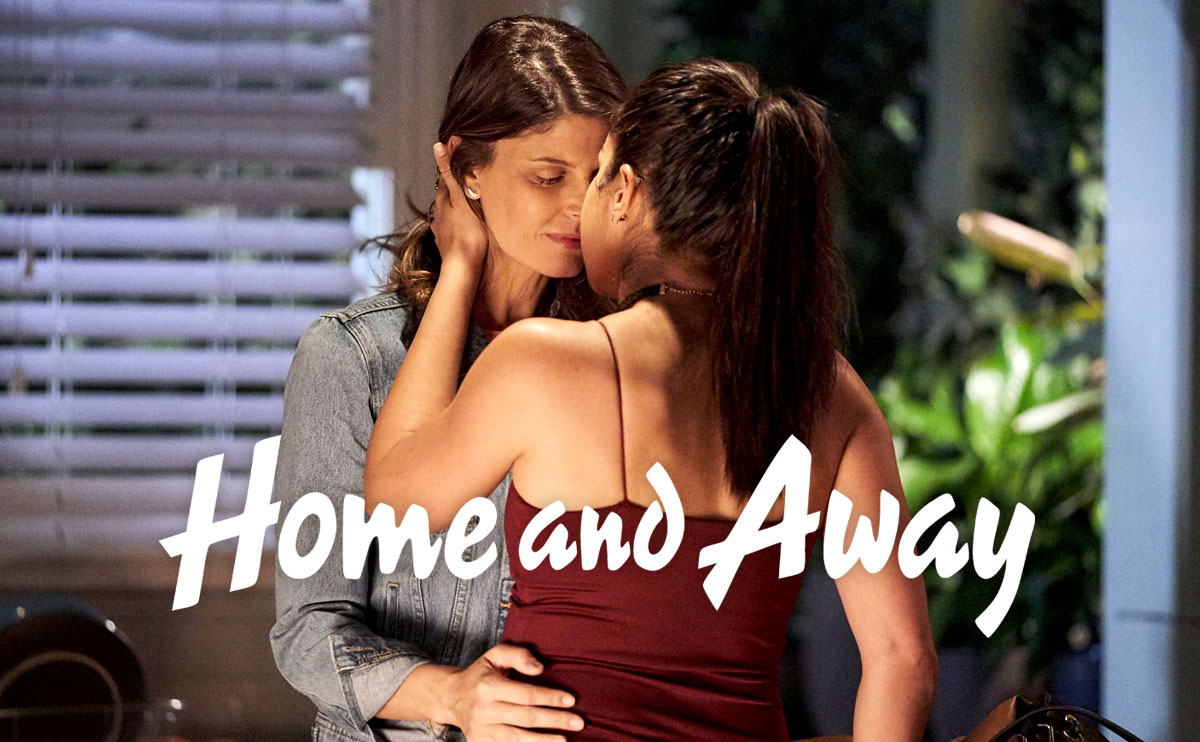 In a twist already delighting Willex fans on social media, Home and Away is set to re-visit the relationship of Willow Harris (Sarah Roberts) and Alex Neilson (Zoe Ventoura) and potentially reunite the much-loved couple.

Australian viewers have recently seen Willow debate how to move on with her life. She returned to Summer Bay hoping to smooth things over with Dean Thompson (Patrick O’Connor) and reunite him with Amber (Madeleine Jevic) and Jai, but never expected she would be able to reconcile with both Ziggy and Bella as well. 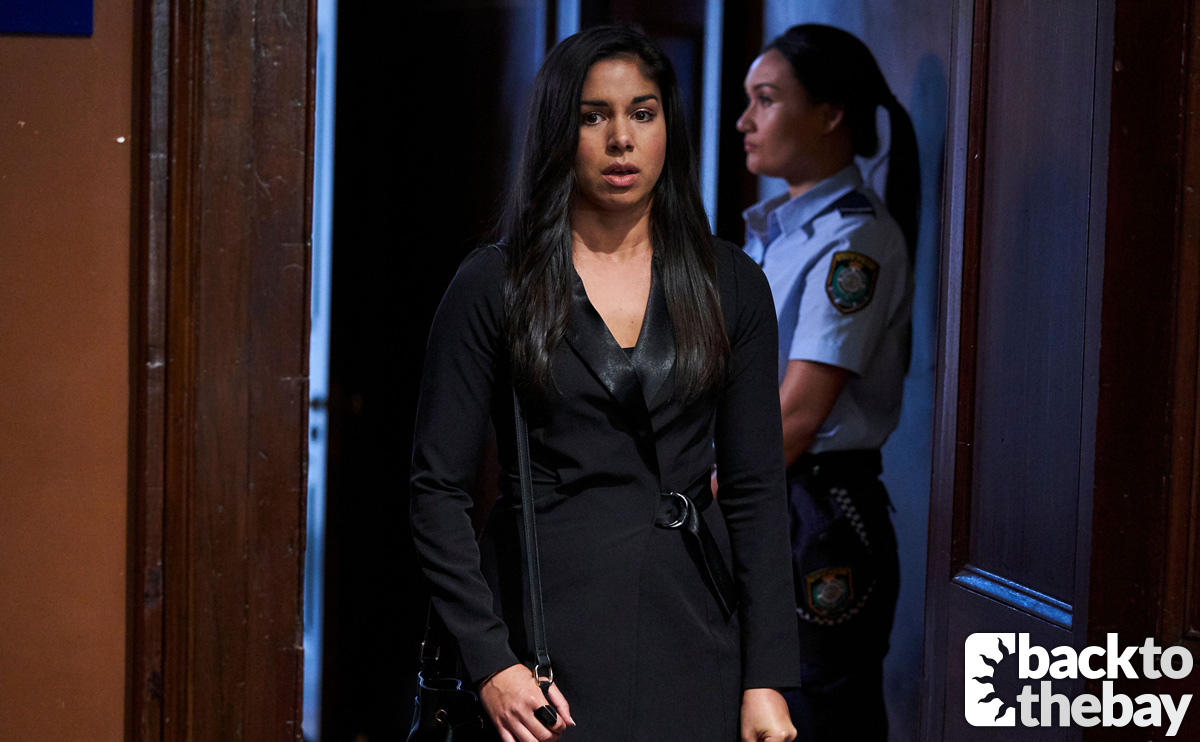 With her temporarily stepping back in as manager of Summer Bay Fit, her life is almost back to how it was before last November’s huge decision to betray Colby Thorne and condemn him to two decades in prison. Could she simply stick around in Summer Bay and carry on with her life as normal?

The short spoilers for next week’s Australian episodes have just been released, and it looks like we’re set for a huge twist in the story of Willow’s future, as the show reunites her with Alex Neilson.

Who was Alex Neilson?

Alex Neilson first arrived in Summer Bay back in August 2019 as a locum doctor stepping in as Tori Morgan’s maternity cover.

She quickly struck up a friendship with Mason Morgan, who made a move on the attractive doctor shortly after she arrived. She let him down gently when she revealed to him that she was gay, and it soon became clear that she’d developed an attraction to Willow. 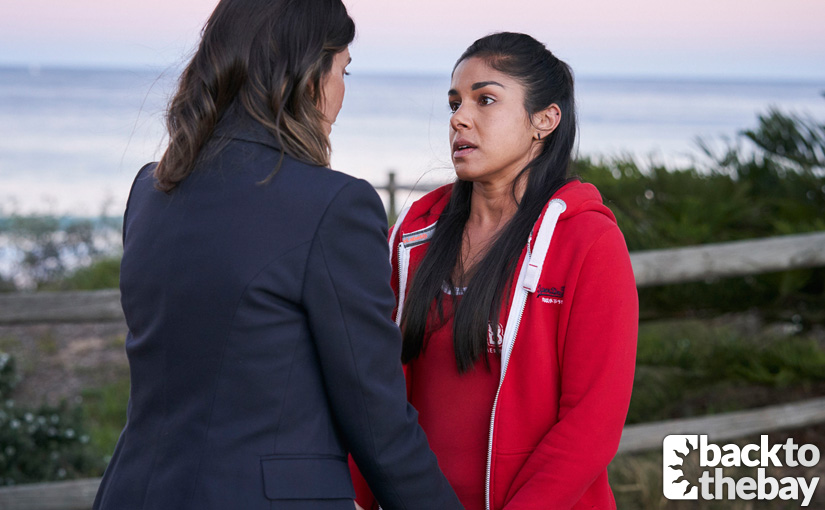 The pair soon began to grow close. Alex took one of Willow’s exercise class in an effort to befriend her, before finding herself as Willow’s sounding board for the various dramas going on in her life at the time – first Irene’s upcoming trial, then Jasmine’s kidnapping saga.

As their friendship grew, Alex eventually misread a sign from Willow and went in for a kiss, before rushing off embarrassed. The incident left Willow torn – she’d never considered a relationship with a woman before, but after spending more and more time with Alex, she certainly didn’t hate the idea. 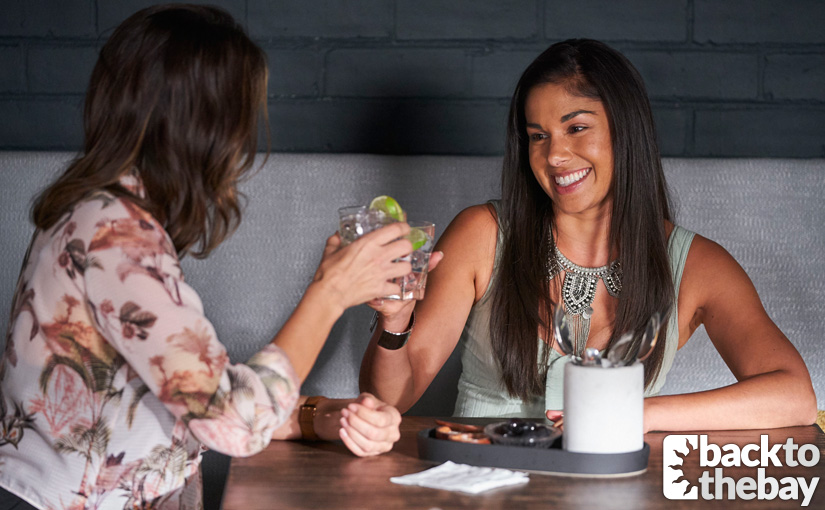 A night out some time later, and helped on with number of tequila shots, it was Willow’s turn to make a move, as she kissed Alex.

The pair eventually admitted that their feelings for each other were reciprocal, but decided to take things slow, with Alex wanting to be sure that she wasn’t just an experiment for Willow. She was still hurt after a long-term relationship broke up just a year ago, and definitely wasn’t looking for a fling. 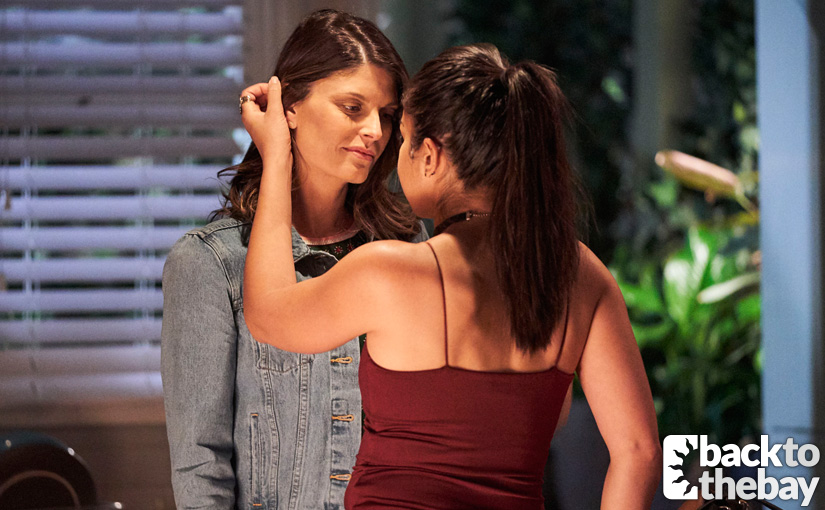 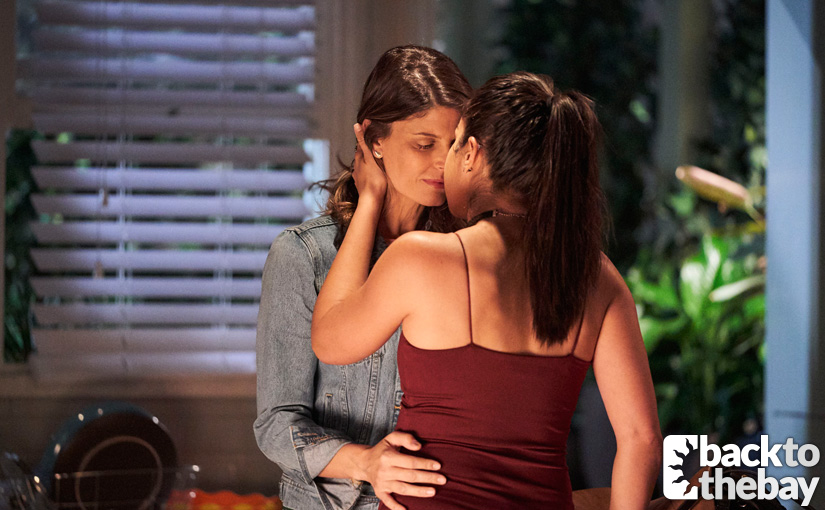 However, their relationship was always destined for troubled times, as Alex’s job as a locum doctor meant that she would eventually be forced to move elsewhere. When Tori awoke from her coma and prepared to return to work as the Head of ED, that moment came, and the couple had to make a big decision.

She was offered a new position in Queensland, and suggested to Willow that she come with her. When Dean made his feelings clear, Alex realised that she was asking too much of Willow by moving her so far away from her friends and family, and decided to search for a permanent job much closer to home.

However, that idea ended up scaring Willow even more. When Alex suggested they buy a house together somewhere local, Willow freaked out, and Alex realised that her girlfriend was never as serious about the relationship as she had made out.

Heartbroken, she informed Willow that she was moving to Queensland alone. While Willow did her best to convince Alex, and herself, that she was ready for commitment, Alex could tell that the time just wasn’t right. 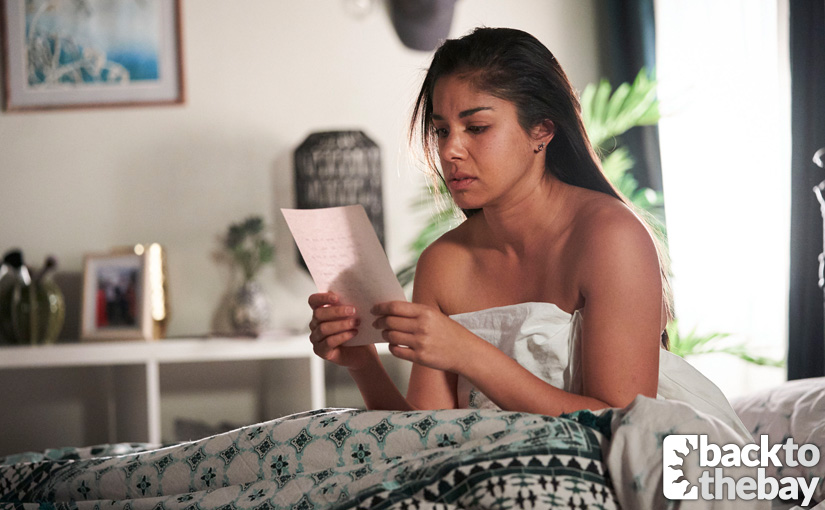 Leaving a note and sneaking off in the middle of the night, Alex left Willow and Summer Bay for the final time in March last year, and Willow was forced to carry on her life without her.

Talking to New Idea back in April 2020, Sarah Roberts discussed the sad ending that saw the two part ways and Alex head off for her new job in Queensland.

“It is a really sad ending for both Willow and Alex,” Sarah said. “They had this one last night together, which was really beautiful, and I think that Willow was holding out hope that maybe Alex would decide to stay on.”

“It is devastating for Willow. She feels she didn’t get to say everything she wanted to tell Alex – and that she wasn’t given a choice in the matter.” 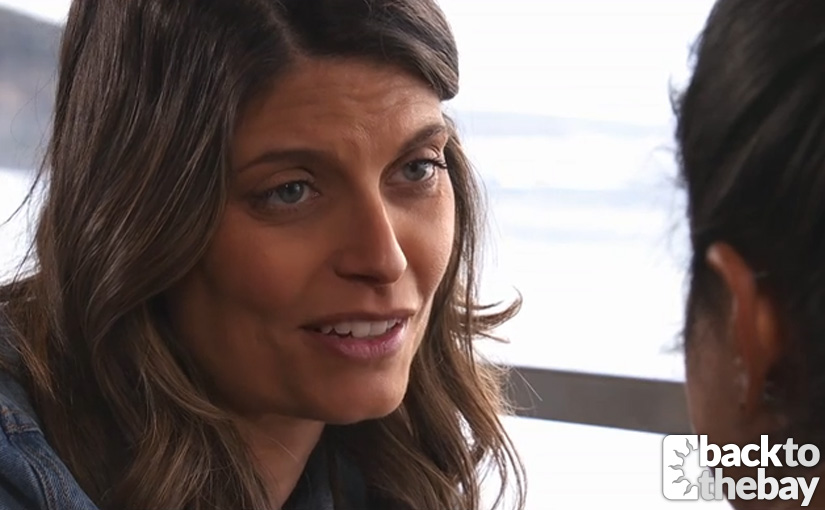 Is Alex returning to Summer Bay?

Alex left Summer Bay on 9th March 2020. Just over a year later, the show is set to reignite the spark between the couple, as Willow makes a big decision about her future.

We currently know very little about Alex’s next stint on the show, including whether Zoe Ventoura will reprise the role, or whether her return will play out in a series of phone calls and texts.

Either way, the latest spoilers for episodes airing down under next week make it clear that Willow hasn’t forgotten about Alex, and that perhaps she holds the key to her future post-Summer Bay.

On this Thursday’s episode, the short synopses revealed in advance of the episodes tell us that “Willow wonders what her future looks like.”

She looks set to mull things over across the weekend, as in next Monday’s episode, “Willow makes a chance phone call.”

Her chance phone calls have had a pretty good success rate recently, with her last one successfully reuniting Dean and Amber.

In next Tuesday’s episode down under, the big reveal that’s got everyone excited – “Willow begins to hope for a future with Alex.”

It looks like things progress quickly, as on Wednesday, “Willow makes a decision”. It’s all speculation at this point, but we can only presume her decision is to leave Summer Bay for Queensland, reuniting once and for all with the love of her life.

Speaking to Stuff.co.nz, Sarah Roberts recently revealed that she’d asked for Alex to return, which in retrospect gave us a pretty big hint of how Willow Harris’s time in Summer Bay could wrap up.

“I went to the producer and the writer again and asked if Alex could come back and just tap Willow on the shoulder,” Roberts told the New Zealand publication. “Then they could just drive off into the sunset together. But I guess you’ve got to wait and see what happens.”

We suspect that’s exactly what’s going to happen, as these scenes air down under next week. UK viewers will see the storyline play out just under a month later on 7th May.

The Willex fans on Twitter have already been getting excited about the latest development.

Willex fan account ‘@willex24‘ tweeted that ‘WILLEX ARE END GAME!!!!!!!!!!’, as numerous other fans responded with their excited thoughts.

I thought Willow wouldn't leave until the end of the year but if it's going to be now #Willex Endgame is the only way 😢🙏 https://t.co/joJWgNfjfv

Bella feels lost in the chaos.

Roo learns about Ryder and Chloe.

Christian learns the outcome of the autopsy.

Roo comes up with a plan to help save the Surf Club.

Willow begins to hope for a future with Alex.

Christian is surprised when Lewis makes a surprising move.

Will Justin overdo things and risk his recovery?

Will the article be a help or a hindrance?