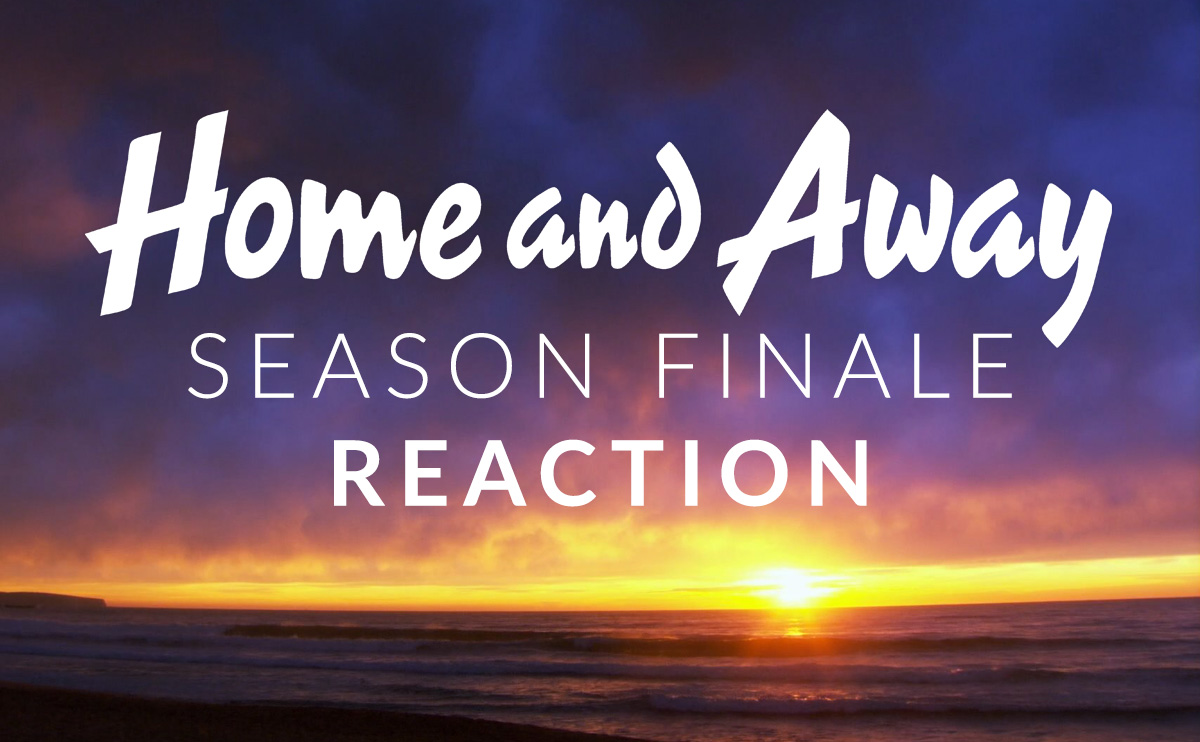 Home and Away came to an end in Australia on Monday, in a three-episode finale which saw Alf discover the truth about Martha’s son, Ziggy and Tane sleep together, and Colby get confronted in prison.

Yet the finale wasn’t well received by some fans, with many complaining it wasn’t as exciting as finales in years gone by. 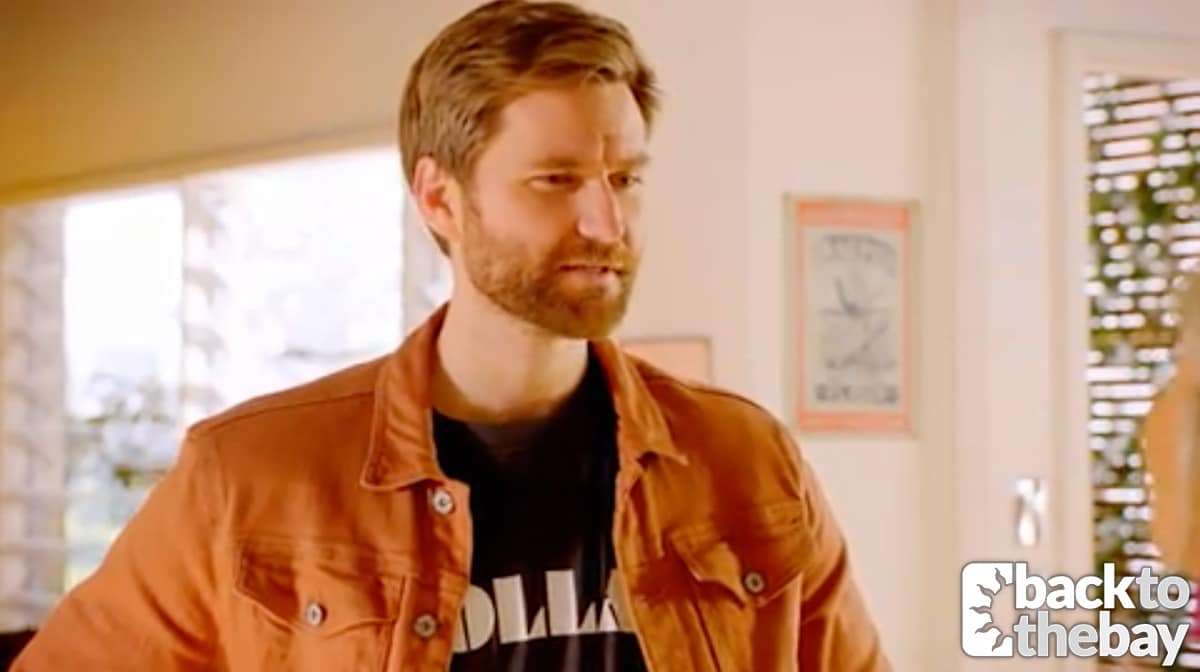 There was a lot to fit into the show’s final week. Martha’s son turning up in Summer Bay proved a huge shock for both Alf and Roo, with Roo coming to terms with the fact she has a half brother. Dean and Ziggy’s relationship looks to be over for good, with Ziggy finding herself in bed with Tane. Meanwhile, Justin’s first day back at work was marred by a police raid, as the cops searched for evidence of stolen goods.

Plus we got our first glimpse of new character Lewis, as he bumped into Jasmine at the prison. Yet even with such a busy final few episodes, they lacked the drama and suspense that normally fills a season finale. 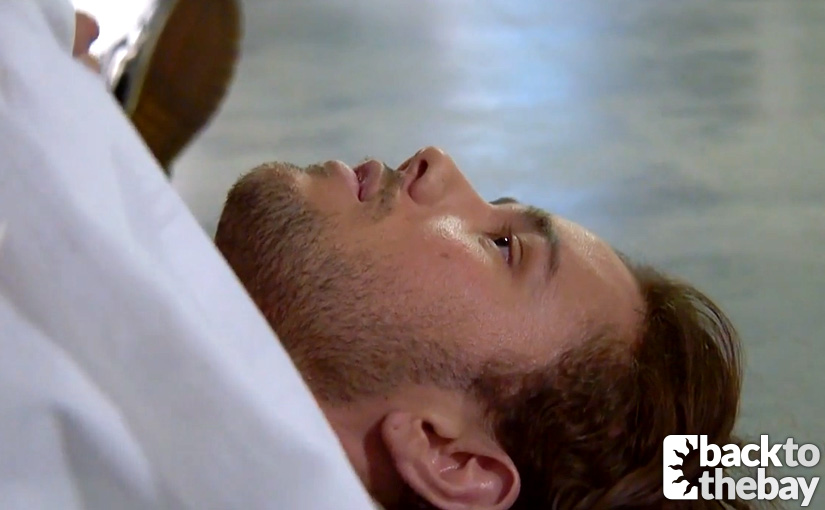 The major shocks came in the final minutes, with the death of Mason Morgan, and the revelation that Scott was actually on the side of Ouroboros, leaving Robbo in grave danger. 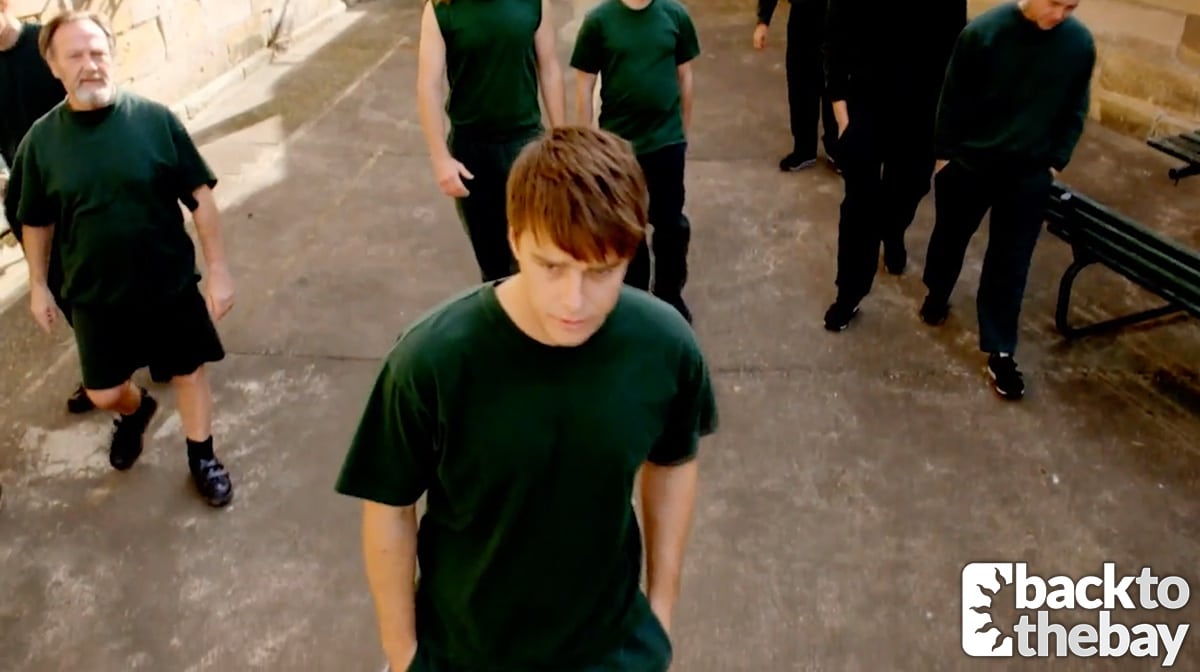 This year’s final scene saw Colby surrounded by inmates at the prison, as we heard one say “You really thought that you’d get away with it… Constable Thorne!”

Yet that final scene had already been previewed almost in its entirety in the final week promo, with fans expecting us to see a little bit more of Colby’s downfall in the episode’s final moments. 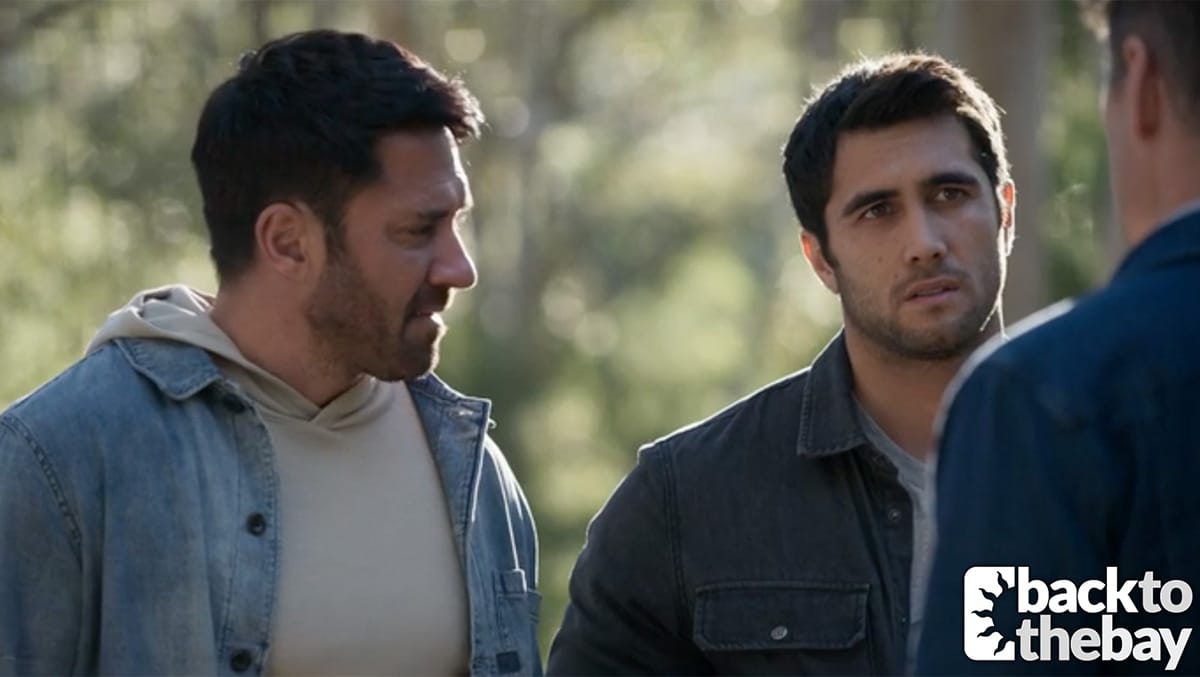 We were also expecting to see the Paratas’ armed robbery play out, or at least a major confrontation with criminal buddies Paul and Leon. The Parata drama has been building for a number of weeks, and last Thursday’s episodes saw Ari receive a text from Paul, telling him that everything was set for their robbery. 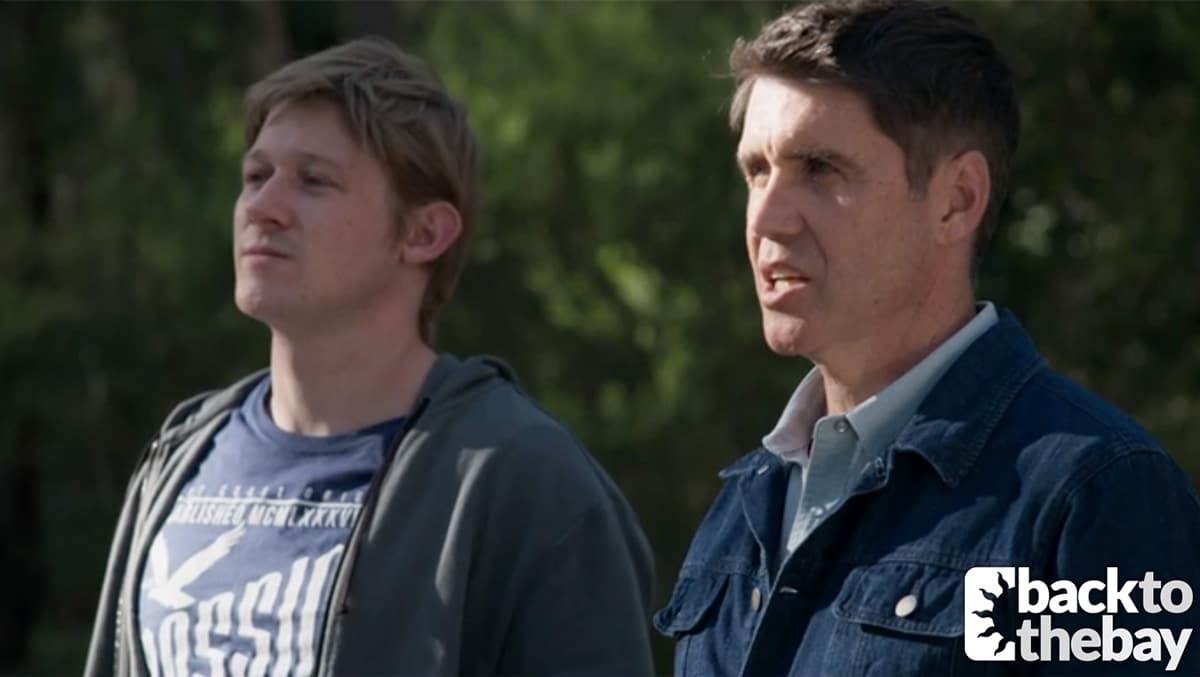 Paul and Leon have been regular sights in the past few weeks, but were nowhere to be seen in the finale

So the biggest season finale shock was perhaps the complete lack of reference to the robbery in Monday’s triple-bill. The garage was raided by the police, searching for clues leading them to Tane’s stolen goods, but the robbery itself didn’t come any closer to happening.

Fans took to the Back to the Bay forum to air their disappointment at the lacklustre finale, with many speculating that the Covid break disrupted the intended final episodes.

The worst end of season in 32 years.

Either that wasn’t the intended cliffhanger, or someone’s head should roll.
‘Dag Dog’

There’s no way that was the intended finale. Somethings gone wrong with episode numbers this year.
‘Home and Away’

It was pretty average for a season finale but a three month covid break probably didn’t help matters.
‘Lynd’

Surely that wasn’t the season finale ! It felt like an ordinary middle of the week episode to me . I felt cheated.
‘Natasha’

Completely underwhelming. The only part I really enjoyed was the sort of closure for the Tori/Jasmine/Robbo storyline. It was finally closing the chapters on everything that has happened, leaving them both to move on and live their lives next year. Wrapping up the drama filled year for both of them. That was lovely. Otherwise 👎
Lauzz

Yeah I’m with others, felt like a normal triple episode.. last year’s season finale being probably the most intense finale in my 13 years of watching, followed up with the next year as the most underwhelming season finale I’ve seen. But the year has been extraordinary and unprecedented for everyone, so no doubt that interfered with this. Most interesting thing I’m looking forward to I think is the Keiran storyline
Wanderer101

I’m waiting for the finale to air! Tomorrow maybe? 😉

Nah for real, I am with everyone. I think that sadly the gap in filming prevented the electrifying finale to happen, but it seems as though Colby is up Ship Creek, and Kieran might be a concern for the bay
CaptainTed84

I don’t think it was the intended. We seem to have about 15 episodes (maybe more) less. I know we’d have 10 less due to Olympics had that went ahead but it just feels like a normal episode. I thought the Colby thing would happen, the Paratas would have their showdown, maybe one or two more dramatic things. It felt like there was mean at to be a few more eps or so leading up to the final.
hapitoby

However, Lynne McGranger, who plays Irene Roberts on the show, had a different opinion of the 2020 season finale. She took to social media to respond to people’s negative comments and defend the show.

On Instagram, she responded to a fan who had described the show as “boring, disappointing with no cliffhanger.”

“Gee so sorry Sebastian but a tinsy little pandemic kind of got in the way.” quipped Lynne, perhaps acknowledging that the Coronavirus pandemic affected the show’s original plans for the finale.

She also Tweeted in defence of the cast and crew’s hard work, and described the finale episode as “a-freaking-mazing“.

Our cast and crew and🔥🔥, writers, producers and directors have worked their bums off since the end of May with little or no respite. So I think the final episode is a-freaking-mazing 🥰💪🏽🙏👍🏽 https://t.co/E0GCSVYsz2

Could the pandemic have impacted upon the show’s final episodes?

A normal season of Home and Away contains 230 episodes. This was due to be an Olympic year, meaning the show normally takes an extra two week break in Australia, leading to a shorter 220-episode season.

Yet this year, due to the global pandemic and the extended break the show took in March and April, only 205 episodes aired in total.

Is it possible that the show ended a little prematurely? Was the season finale actually planned to end on the 220th or 230th episode, but scheduling issues meant the ending was brought forward by a few weeks, with some episodes un-aired?

We’ll probably never know the true reason for the slightly less exciting finale. However, keep your eyes peeled next year – if there’s a pretty dramatic cliffhanger about 15 episodes into next season, it would give some weight to the rumour that the show ended earlier than planned.

We’re certainly expecting exciting drama in the first few weeks of next year, as Colby gets his comeuppance in prison, the Paratas finally carry out their heist (or don’t!), and Heath Braxon makes his return.

Home and Away returns next year, likely in late January in Australia, and early January in the UK. Keep with Back to the Bay to be the first to know once the return dates are announced.