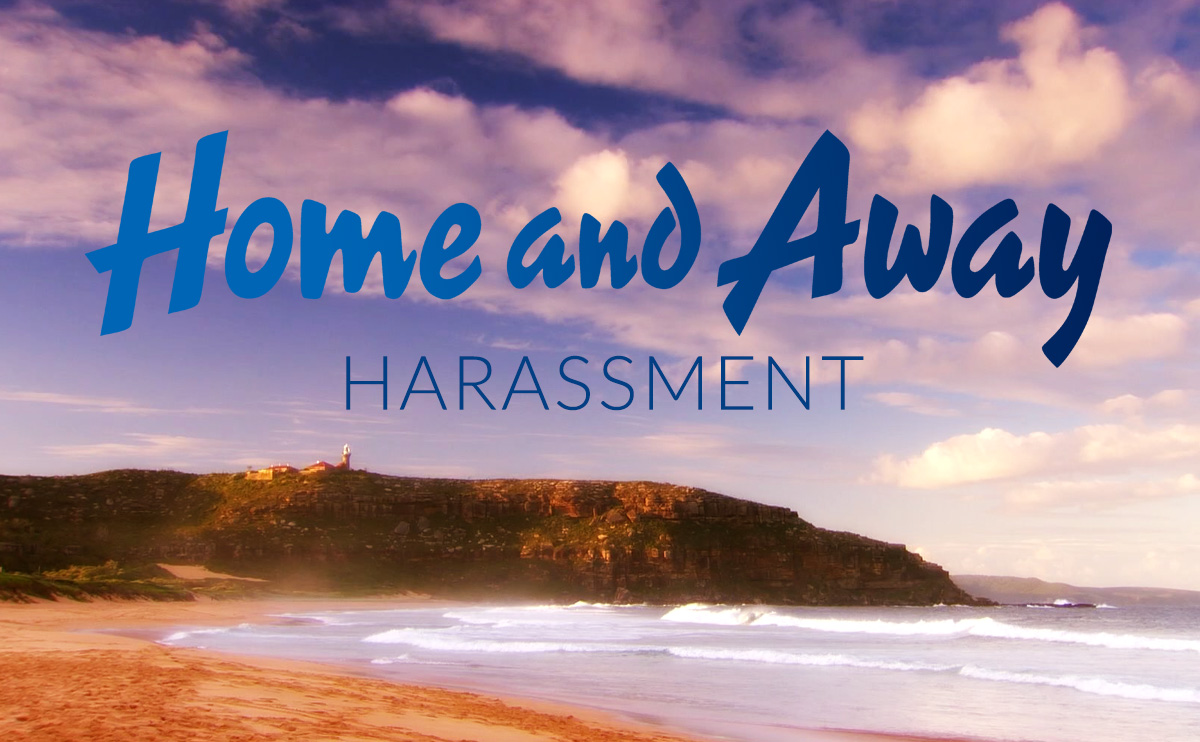 This week on Home and Away in Australia, Colby makes another extreme move as he tries to bring down Angelo’s career, but it just makes Angelo more determined to discover the truth. 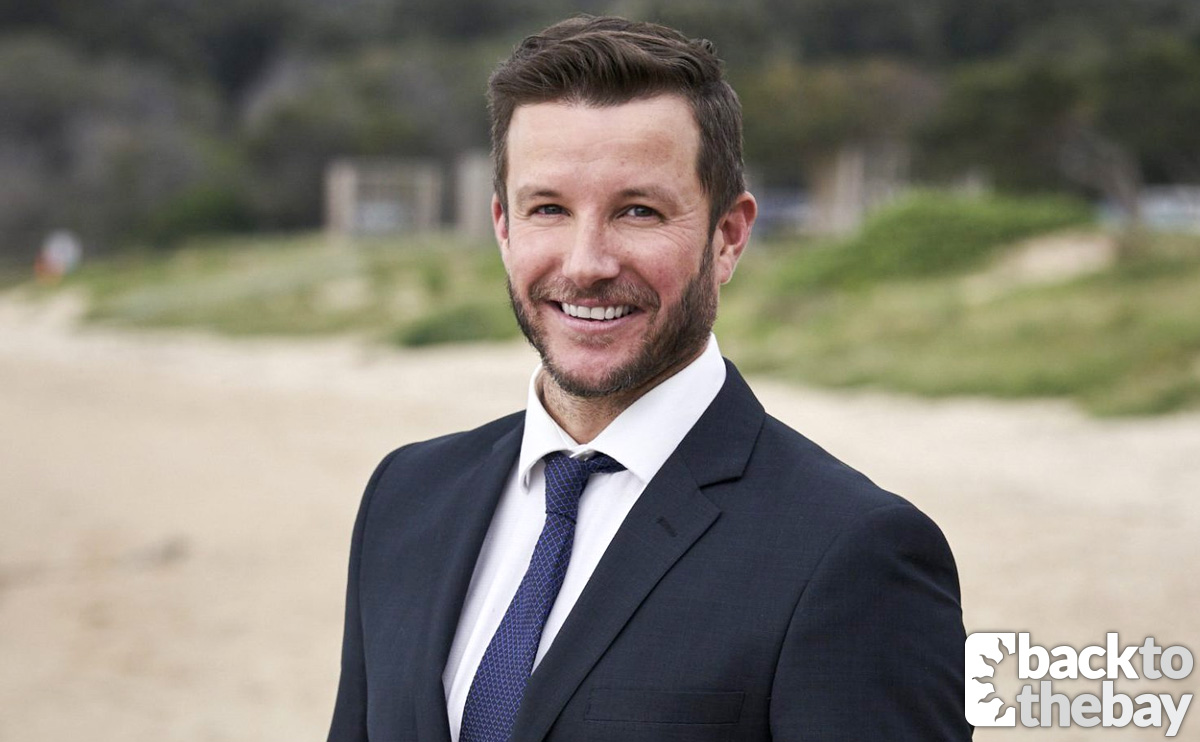 Ever since Detective Angelo Rosetta arrived in Summer Bay to investigate the discovery of Ross Nixon’s body, Colby has been slowly going off the rails.

He claims to have a plan to stop the truth about Ross’s murder from ever seeing the light of day, but if there’s any substance to this plan then we’ve yet to see it. He has embarked on an affair with Angelo’s wife Taylor, hoping to stay one step ahead of the investigation by keeping her close and getting her to update him on any progress that Angelo has made.

So far, Taylor hasn’t proven to be much use, and it seems he’s even developing feelings for her. Their affair is also alienating Colby’s few remaining allies, with his friendship with Dean all but ruined, and Bella resorting to blackmail to try and keep him and Taylor apart.

This week, Colby finally gleans some insider information from Taylor, and goes one step further in his attempt to scupper the investigation. However, it doesn’t seem like he wants to throw Angelo off the scent – instead, he seems to be going to any length to ruin his life.

If stealing his wife away from him wasn’t enough, he goes after his career!

Angelo has been pushing to gather any dirt on Colby and Dean. He’s suspected something since he first arrived in town, and since finding out that Colby was previously a River Boy, he’s been even more convinced that they’re hiding something.

Finding out that Bella skipped town and escaped to the Blue Mountains just as he wanted to interview her was the final straw – he’s convinced they know more than they’re letting on. 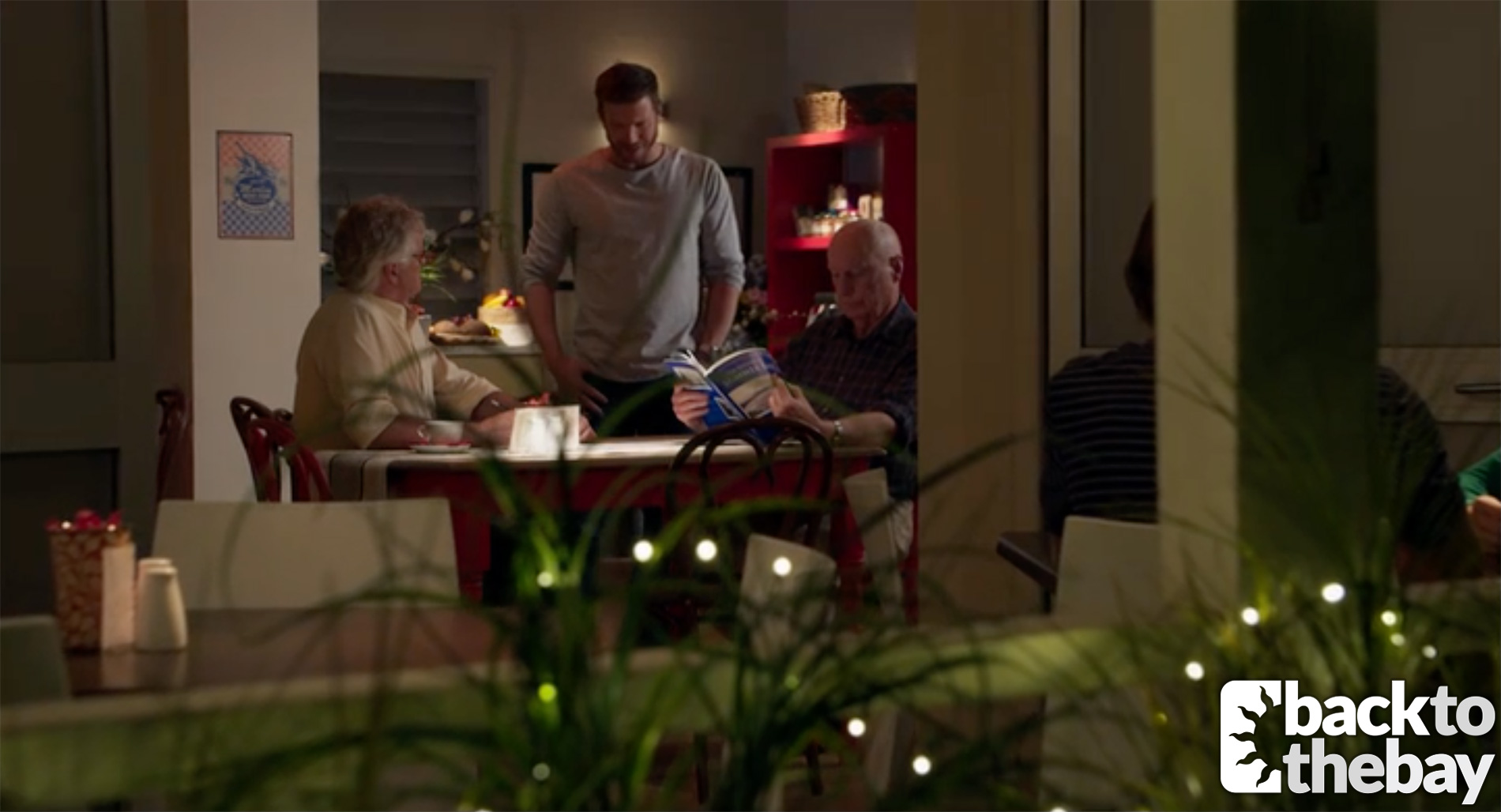 He already took advantage of his friendship with Irene to discover Bella’s disappearing act, and now he tries his luck with the rest of Summer Bay. Turning to two of the Bay’s fountains of knowledge, John and Alf, he casually questions them on how Dean falls into the Colby and Bella mix.

Nobody has been able to shut John up in recent weeks, his breakup with Marilyn meaning he’s just happy for anyone to talk to. He explains to Angelo how the three are really loyal to each other, and how Dean would do anything for the other two.

Angelo also learns that Dean has been absent from Ben’s Boards, and that his personal life is a mess. He suspects – correctly – that it’s down to Dean’s worries over the Nixon case, and begins to apply pressure.

He later corners both Dean and Ziggy and tries to extract anything out of them, hoping they’ll let slip as to why Dean has been acting so weird. 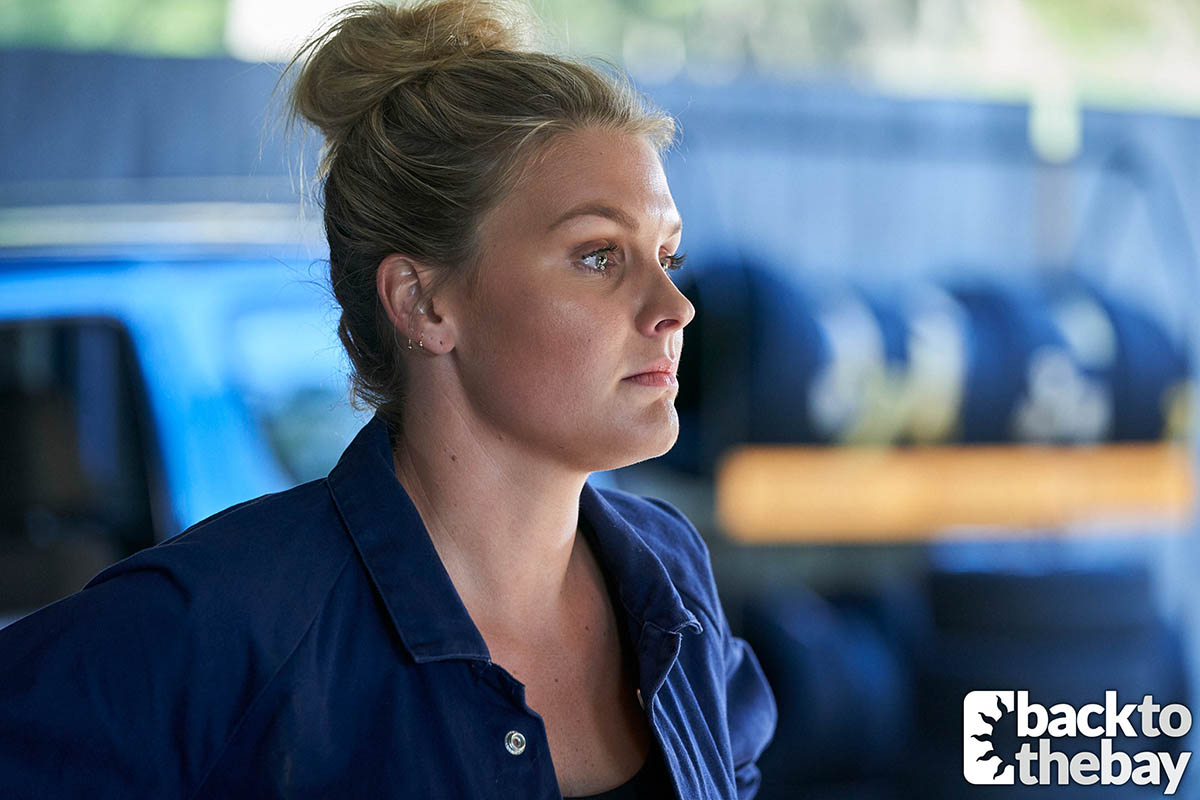 Ziggy is still reeling from Dean’s shock revelation, but she’s still loyal to him and won’t say a word to Angelo

As much as Ziggy is still angry at Dean for his part in Ross’s murder, and is even more livid with Colby, she’s still fiercely loyal when Angelo asks her for info. She still loves Dean and doesn’t want to see him behind bars. 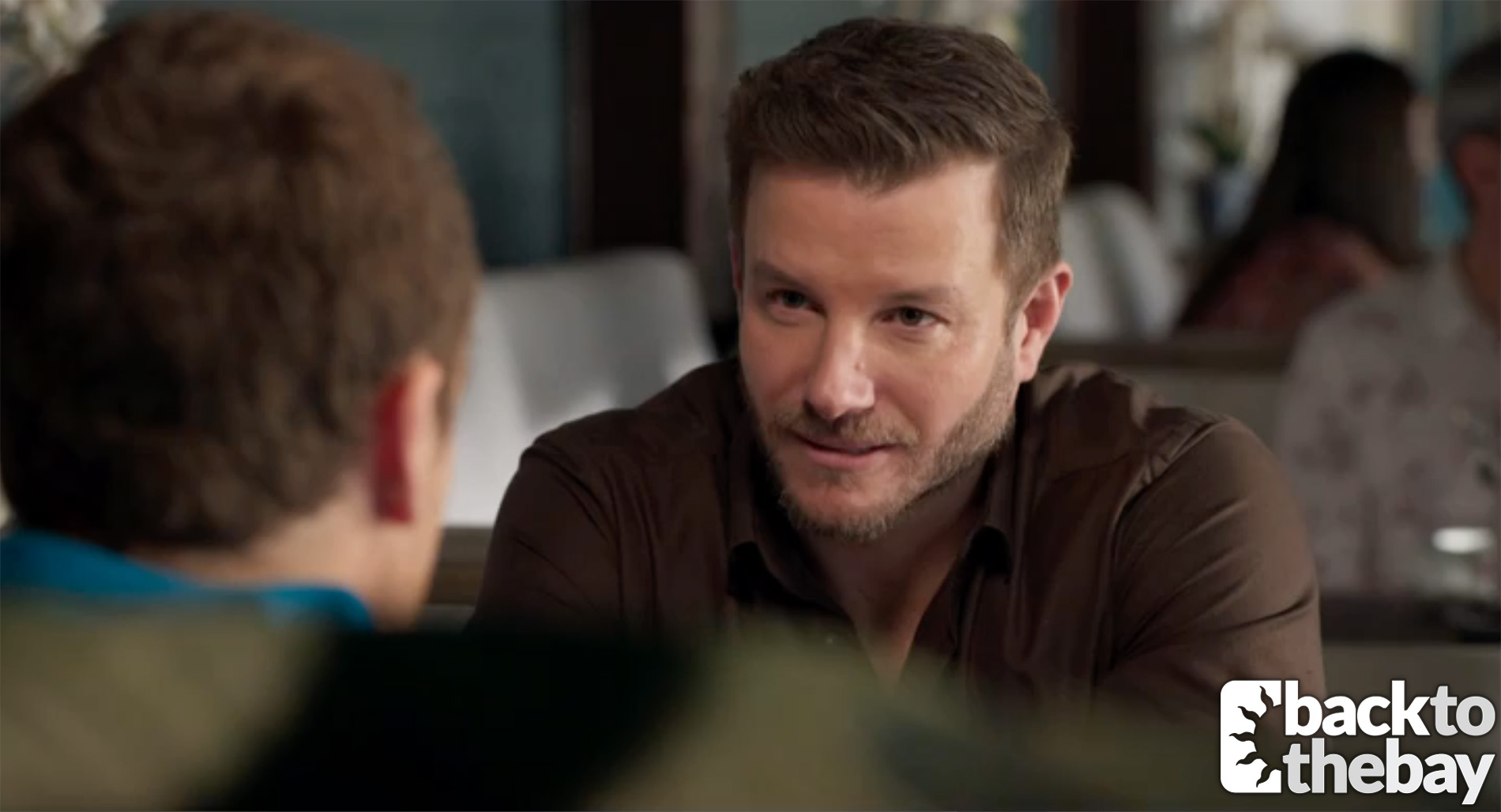 Angelo knows Dean’s personal life is going downhill, and tries to use this to his advantage 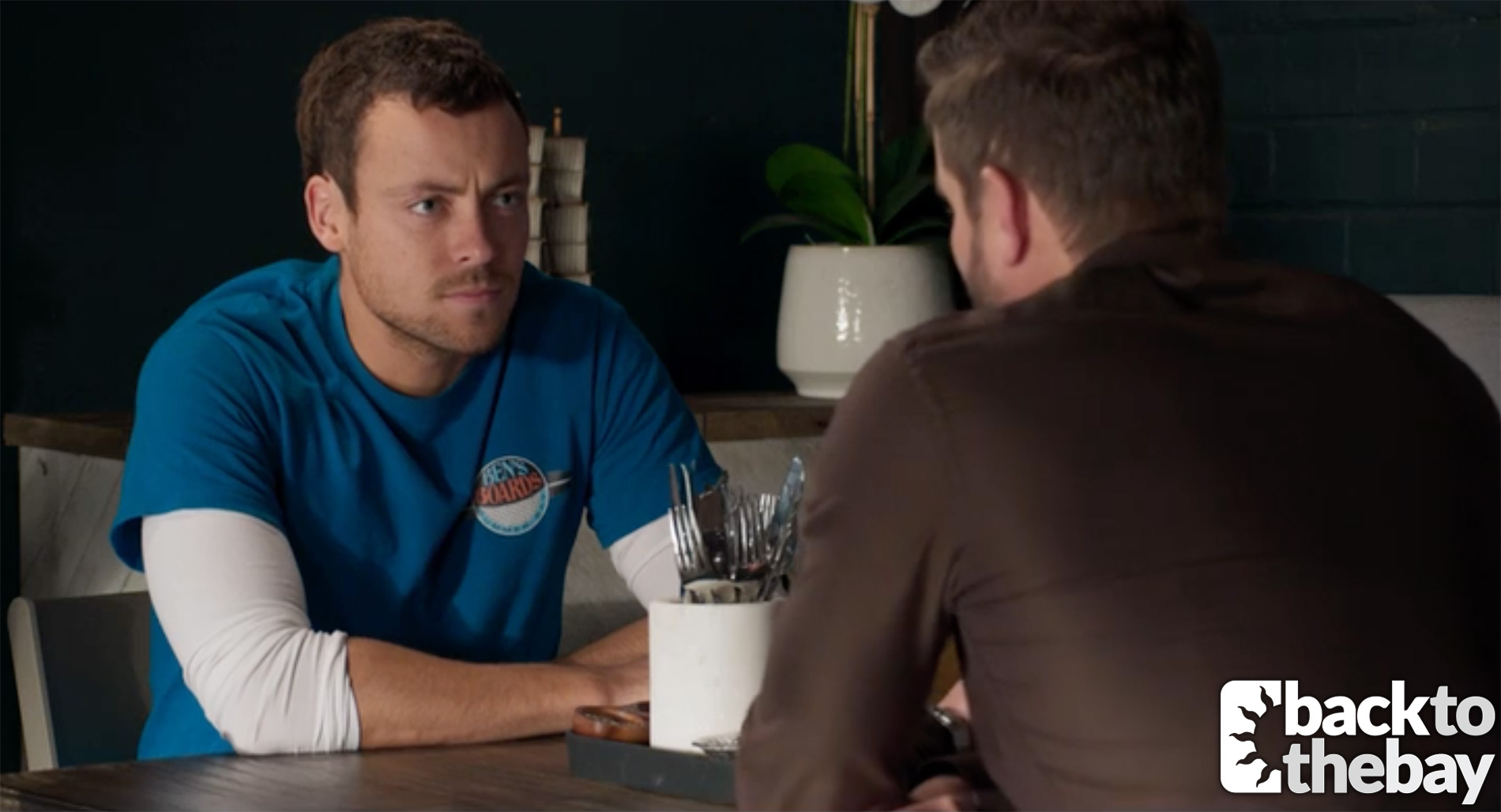 Will Dean give him info in exchange for some help? Of course not…

However, will Angelo have more luck with Dean? He finds him at the board shop, and the pair sit down for a chat at Salt. Dean initially tells him he’s unable to help him, but Angelo retorts he thinks he can – “and then I can help you put out some of those spot fires“.

With Dean completely lost – no girlfriend, at risk of losing his son, and terrified Colby is going to mess things up – will he accept Angelo’s help in exchange for giving up the secret?

It seems things aren’t quite that simple – and of course not, Dean is more loyal than that. He doesn’t want a bar of Colby right now, but he won’t let his friend go down for murder.

TV Week report that this week, Dean once again lashes out at Colby, blaming him for the fact Angelo is harassing him. He’s fed up, and wants Colby to come to his senses and stop putting their futures at risk.

Speaking to TV Week, Patrick O’Connor, who plays Dean, said: “While they’ve been the closest of mates for a long time, Dean feels that Colby isn’t considering his situation at all.”

The next day, Colby decides to try and get Angelo off their backs for good, with yet another reckless move. He starts to look into Angelo’s past, and while doing so, discovers an article about Angelo bungling a former investigation. 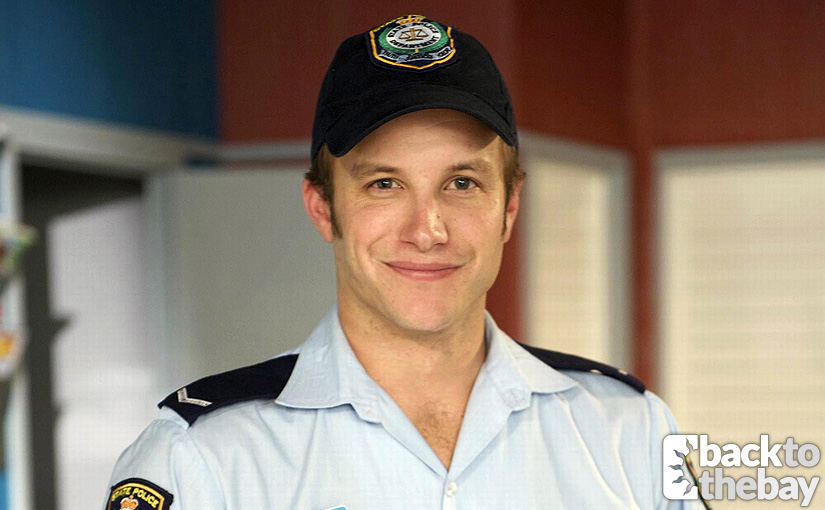 Angelo in his early days as a police officer

Home and Away fans will know that Angelo wasn’t exactly a model cop. He accidentally shot dead fellow police officer Jack Holden during an investigation, and was later forced to resign from the force after he allowed Hugo Austin and Roo’s daughter Martha MacKenzie to go on the run, after Hugo had escaped witness protection following his arrest for people trafficking.

Colby presumably discovers a newspaper article about the latter, and uses this to his advantage.

He asks Taylor about it at their next rendezvous, and she confesses that it almost destroyed his career.

Knowing any new controversies wouldn’t look good for the detective, Colby files a harassment complaint against him. As predicted, this doesn’t go down well with Angelo’s superiors, and he’s successfully hit Rosetta where it hurts – his career.

This is too much for Angelo, and he angrily confronts Colby at the beach. Angelo is held back by Taylor as Dean and Willow try to control Colby, but before the pair go their separate ways, Angelo vows to bring him to justice.

Just how does Colby think this is going to make Angelo any less determined to discover the truth? Does he have anything else up his sleeve?

Here’s the full Home and Away spoilers for this week’s episodes in Australia:

Dean faces his first challenge as a parent.

Tori’s head is in a spin.

Dean’s backed in a corner.

Tori reads into a situation.

Taylor tries to justify past actions.

Owen comes to a decision.

Ari pushes Mac for an answer.