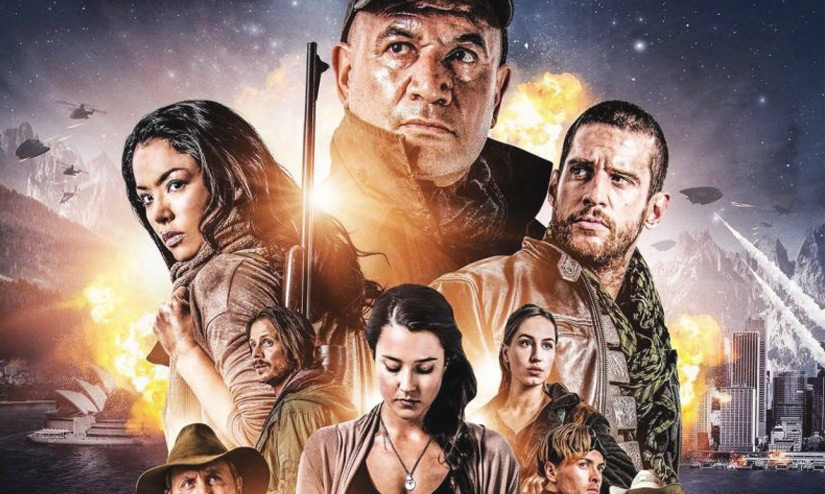 To celebrate, we’re giving two lucky Back to the Bay readers the chance to be there and see the film before anybody else. Not only that, you’ll have the opportunity for a meet and greet with Dan and Rhiannon themselves!

We have two pairs of tickets up for grabs, so you and a friend could be rubbing shoulders with Australia’s top acting talent in less than 4 days’ time.

As a premiere guest, you will be able to get up close to two of Home and Away’s most popular stars. You will also attend a Q&A session after the premiere screening, which will feature the whole cast, along with the filmmakers, writer/director Luke Sparke, and producers Carly Imrie and Carmel Imrie.

OCCUPATION follows the residents of a small Australian country town after it’s attacked by an overwhelming extra-terrestrial invasion. They soon realise they are among the last remaining survivors of an attack that has engulfed the entire planet.

With this town’s residents the world’s only hope of survival, they form a homegrown army to fight back against the vastly superior enemy forces. “On the frontlines of the battle for Earth, they are our last hope.”

You will need to be able to make it to the Ritz Cinema, 45 St Pauls Street, Randwick, Sydney this coming Tuesday July 10th at 6:30pm. Transport and accommodation is not provided, so please ensure you have the means to be able to get to the venue and back.

To enter, simply tell us in 30 words or less why you want to attend the premiere. Fill in the form below before 11pm AEST on Saturday July 7th. We will pick the best 2 entries, and email the winners to confirm no later than Monday July 9th.

You must be over 18 and a resident of the state of New South Wales, Australia to enter this competition. Proof of ID will be required at the venue. For competition terms and conditions, see below.

OCCUPATION is released in cinemas in Australia on July 12th, and in New Zealand on July 26th.

If you’re not lucky enough to win a free place and a meet and greet, then you can still purchase tickets to the premiere here.