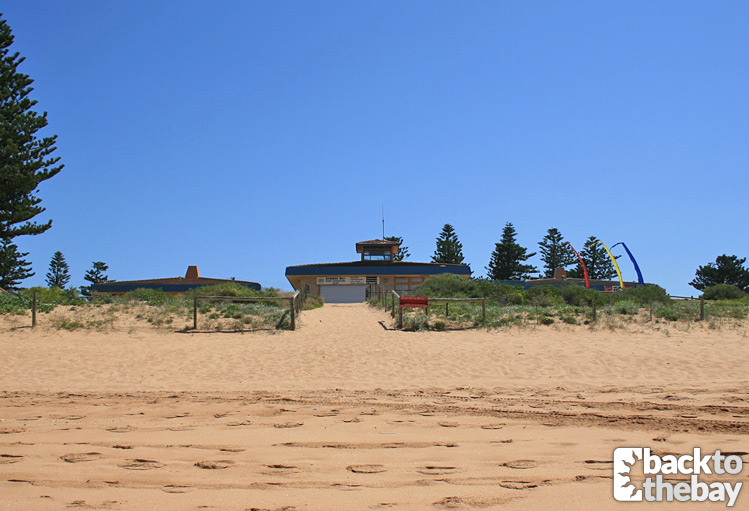 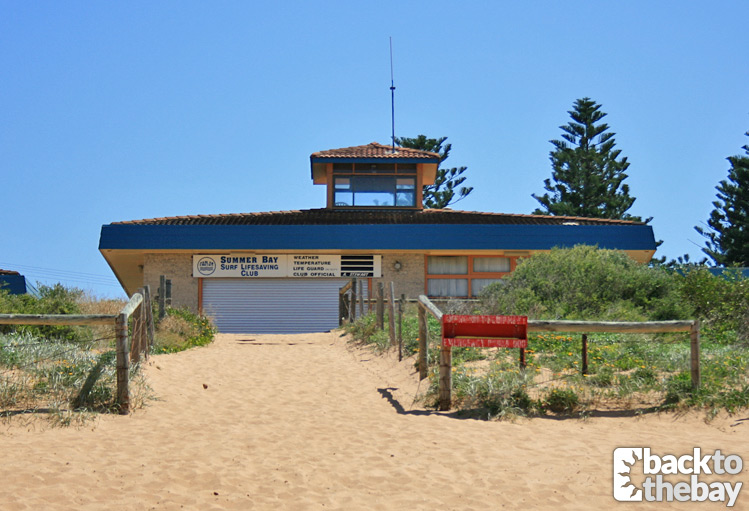 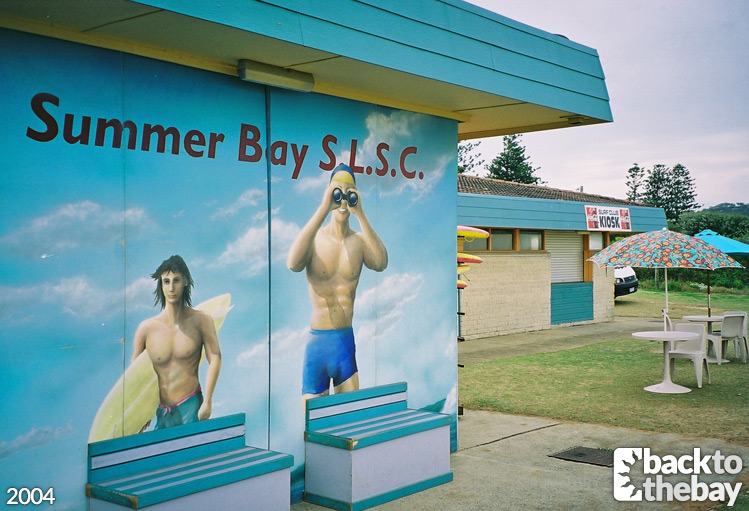 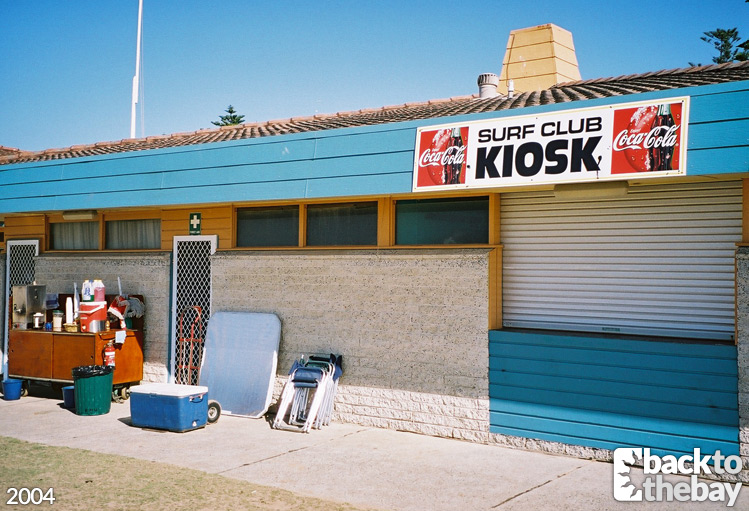 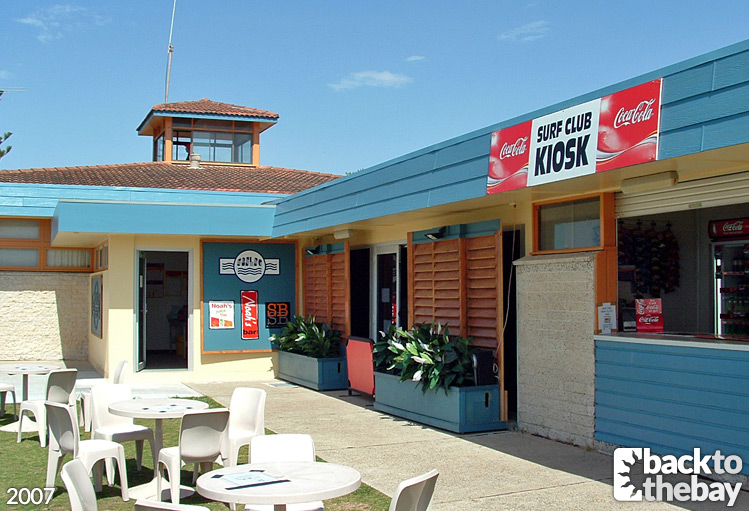 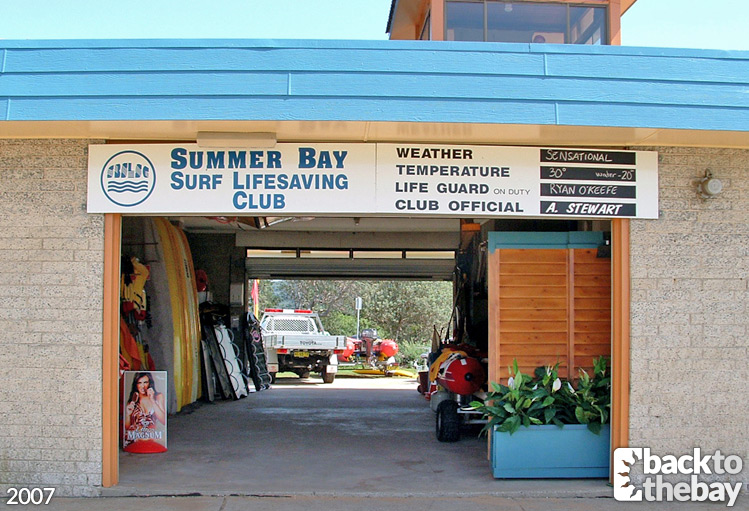 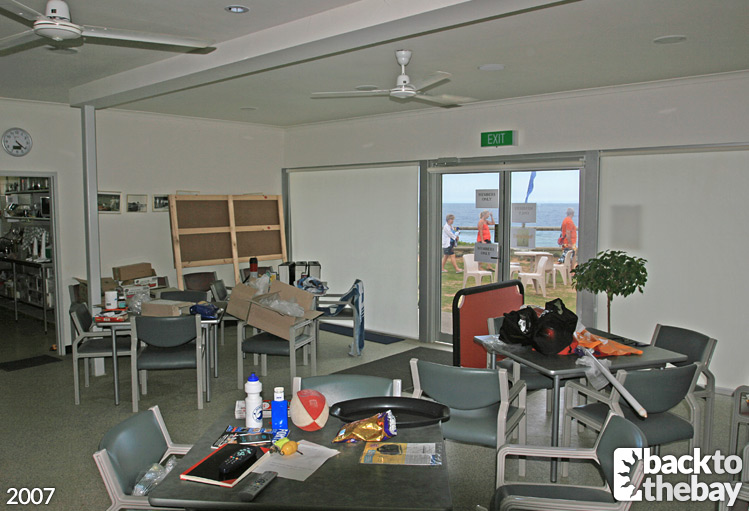 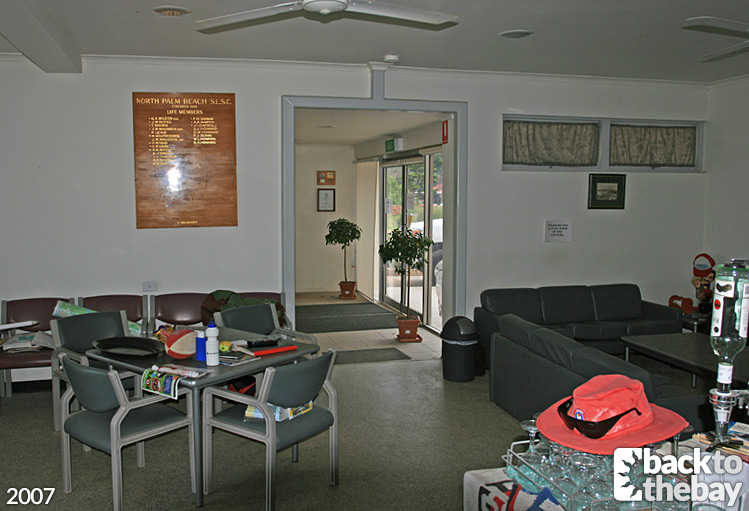 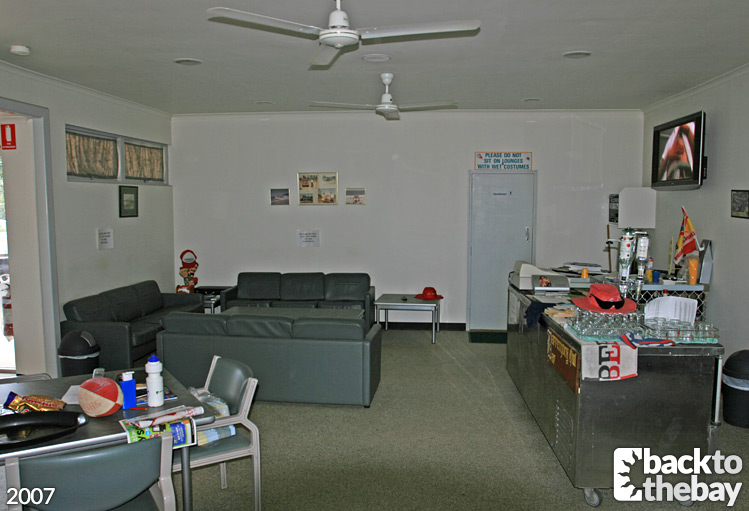 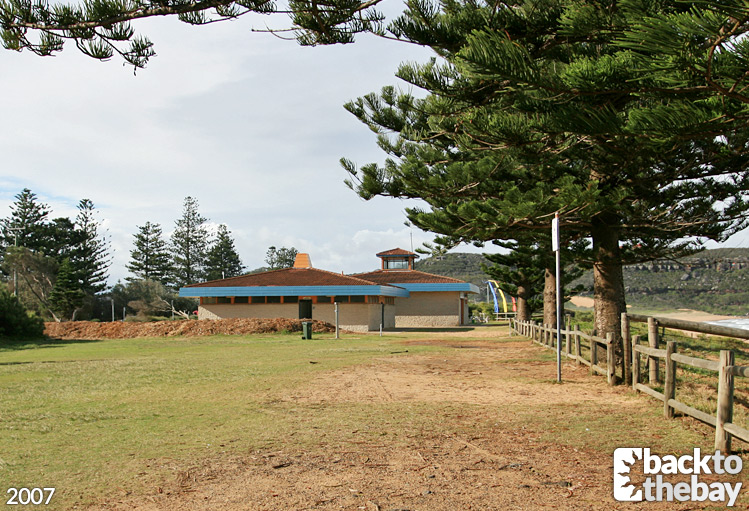 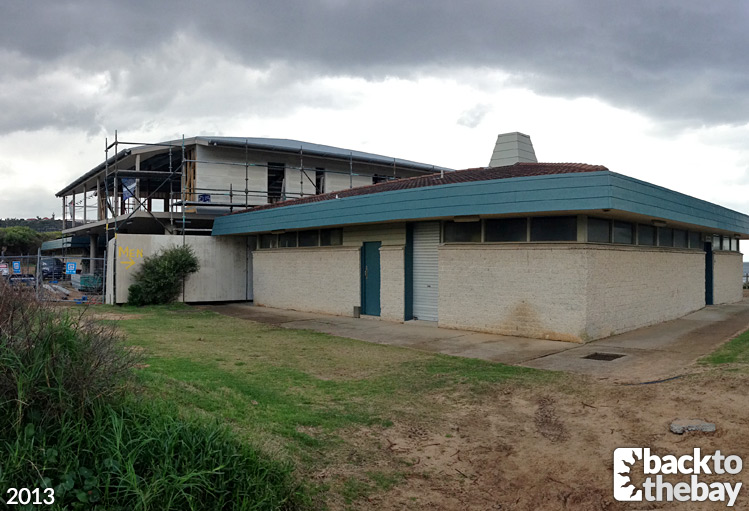 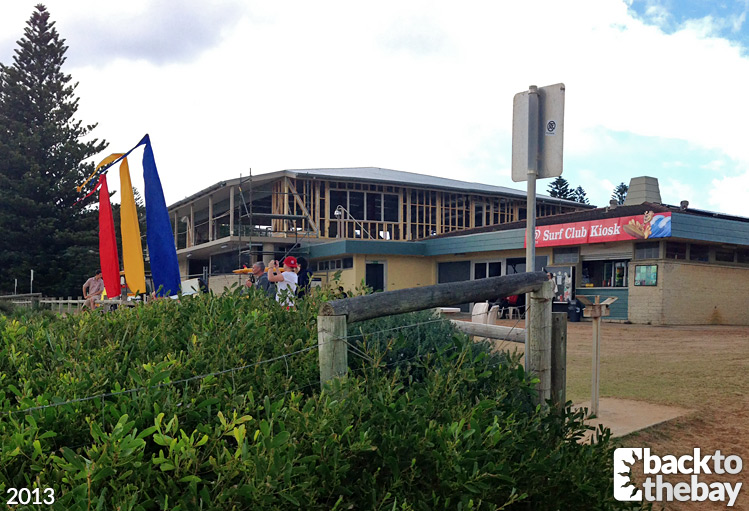 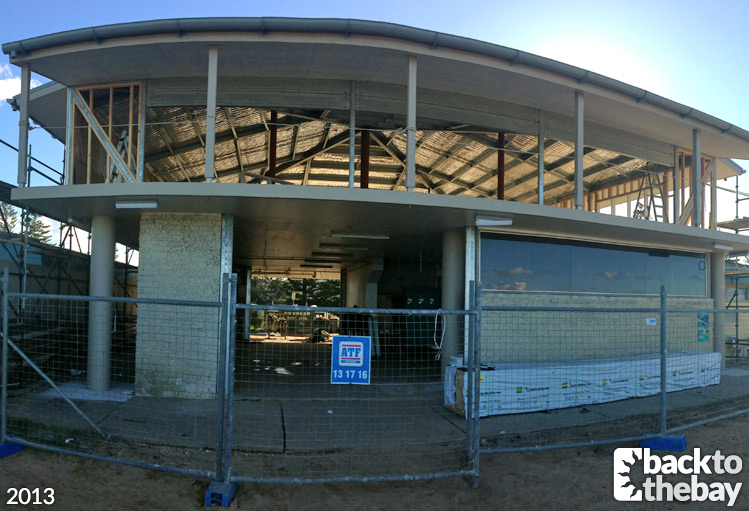 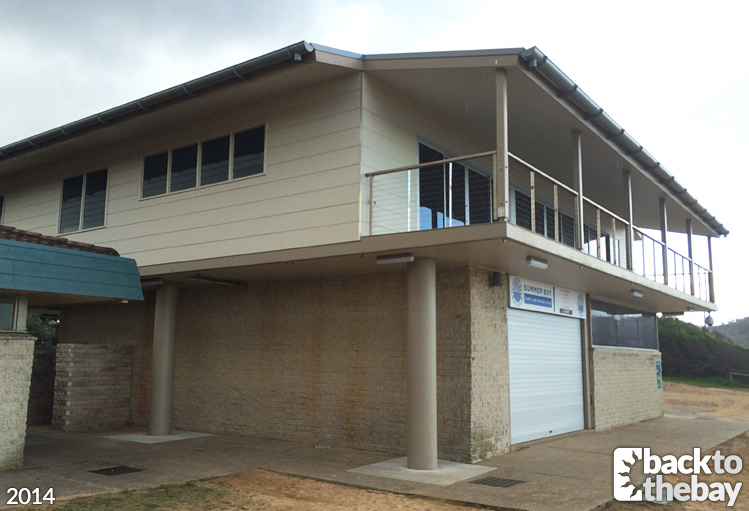 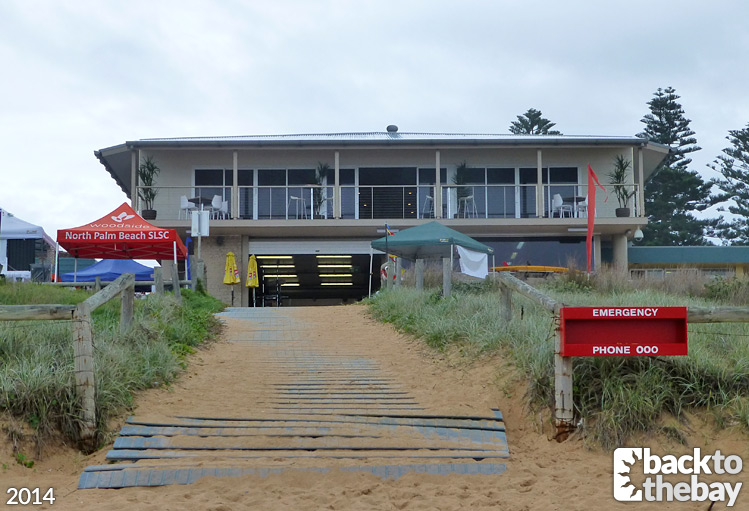 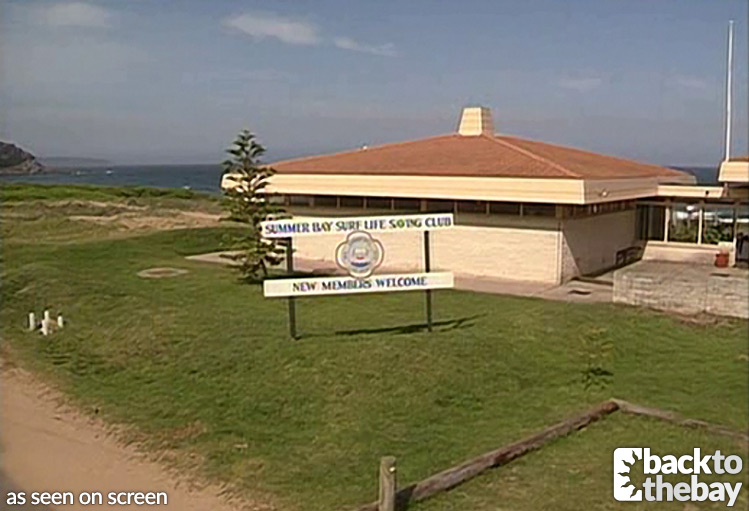 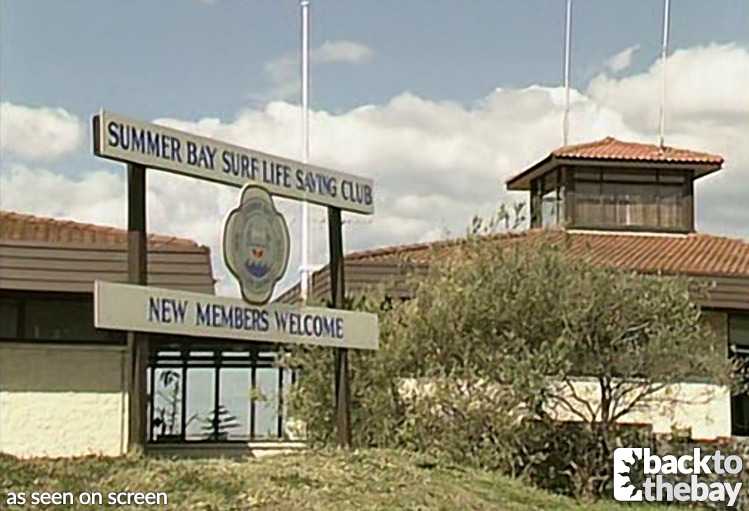 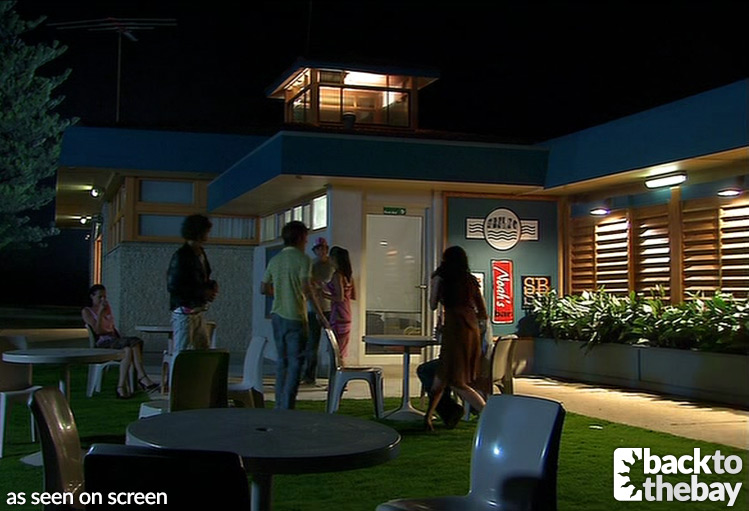 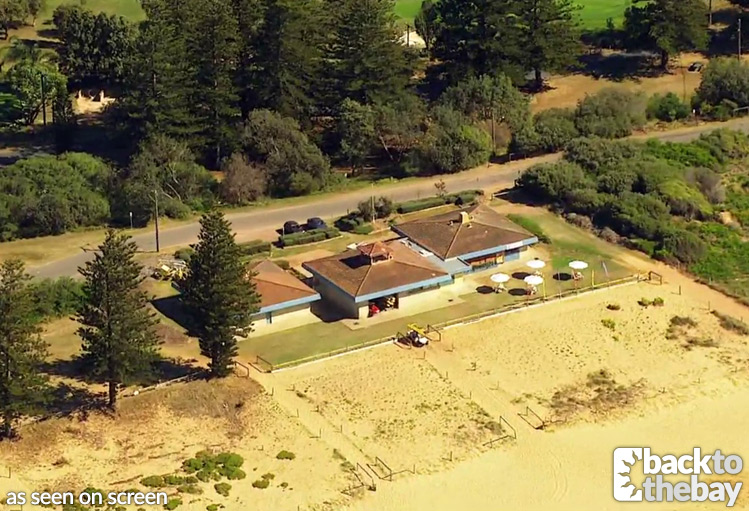 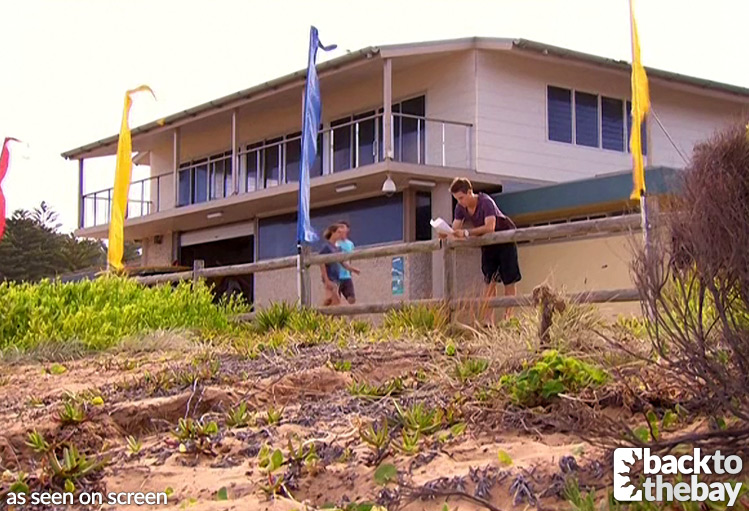 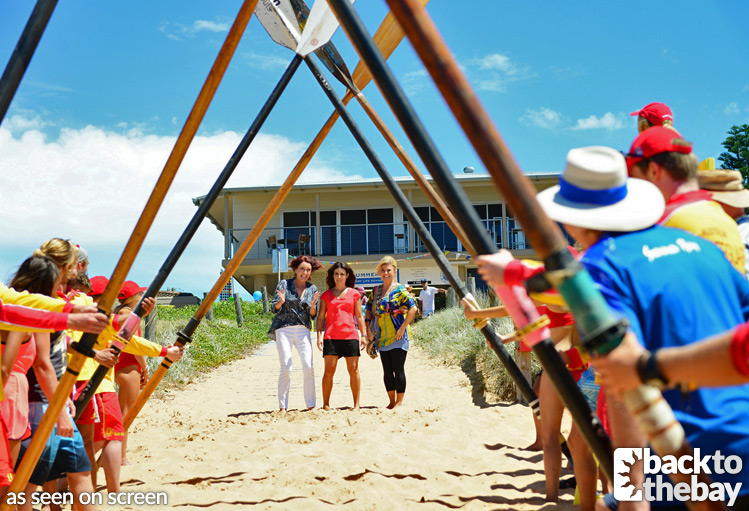 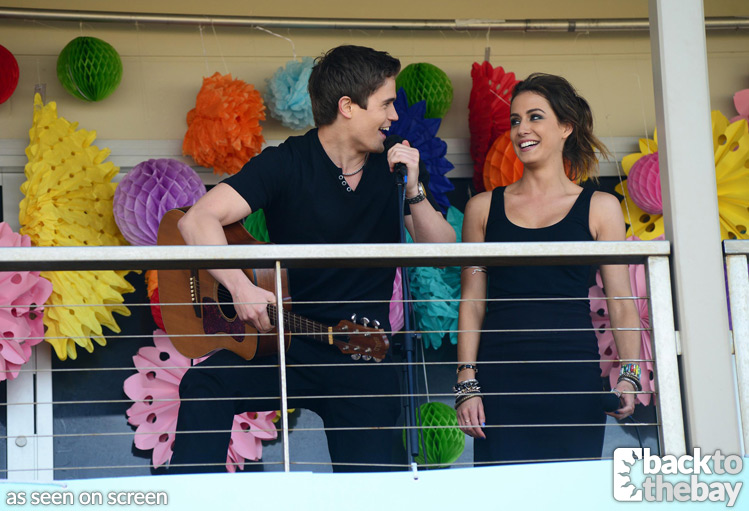 If there’s one place that fans head to when they visit Palm Beach, it’s the North Palm Beach Surf Lifesaving Club. With the possible exception of the beach, this building is easily the most famous and recognisable location used on Home and Away, with tourists flocking to have their picture taken in front of the famous ‘Summer Bay SLSC’ sign bearing Alf Stewart’s name. The exterior of the surf club first appeared on the show in Episode 367, airing in August 1989, and they have provided valuable assistance in filming for the show ever since.

The history of North Palm Beach SLSC stretches back to 1939 when Governor Phillip Park was a popular camping ground, and was based in the old Beacon Store. The club was re-established after the war in 1946, and moved to a cabin where the current public amenities block stands. In 1973 this cabin was demolished and replaced by the building that still stands today.

Though all interior Surf Club scenes are filmed in the studio, the interior of the real life Surf Club has appeared on screen more than once. The amenities block has occasionally doubled for Summer Bay High School’s toilets – in 1991 Blake & Haydn were shown cleaning them, and in 2004 they were seen when Kirsty was colluding with her identical twin Laura to possibly cheat in her exams. The real life clubroom was also used as the location of Irene’s Alcoholics Anonymous meeting in 2009.

During the summer months, volunteer lifeguards from North Palm Beach SLSC are responsible for patrolling over 1.8km of the 2.8km beach. The club kiosk is open virtually 7 days a week, providing cappuccinos, pies, hot dogs, cold drinks and ice creams to visitors, and all proceeds go straight back into the club in order to buy and maintain vital rescue equipment. The kiosk also provides the only remaining place to buy officially licensed ‘Summer Bay’ merchandise, including caps, t-shirts, towels, water bottles, keyrings and bumper stickers amongst others. It’s important to note that whilst the kiosk and public amenities block are welcome to be used by visitors, the clubroom itself is strictly members only.

The on-screen renovation of the club in 2004, which also introduced Noah’s Bar, coincided with some work on the real-life club which involved building a small extension to provide a new first aid room. At the same time, some glass doors were placed next to the kiosk to provide a new beach-side entrance to the clubroom. These were hidden on the show for six years by the aid of some false wall panels and planters, with the new first aid room door being used as the on-screen entrance.

There had been plans to further expand the building for well over a decade, and an application was finally submitted to Pittwater council in 2010 to add a second storey to the centre boatshed building. In preparation, Seven Network wrote the expansion into storylines, with Summer Bay’s Surf Club building a second storey where the restaurant ‘Angelo’s’ is now situated. The rest of the surf club set also underwent renovation to better match the exterior.

Unfortunately this preparation proved somewhat premature when the initial plans were rejected and had to be reworked, leaving Seven unable to show wide exterior shots of the surf club which was still single-storey. Building work eventually commenced in 2013, and the new two-storey club exterior finally reappeared on-screen in 2014.

Mid-renovation pictures thanks to cadyctslover