The 2004 Season Finale ended on a happy note, with Summer Bay uniting for Pippa’s christening, and the opening of Noah’s Bar. The 2005 season begins six weeks later, and things couldn’t get worse for the residents of the bay.

Kim, Robbie and Tasha head off on a camping trip to make use of Kim’s new car. The three of them set up camp by a lake and are having a great time together. However, things soon take a turn for the worse when they begin a game of Truth or Dare. When it’s Robbie’s turn, Tasha dares him to do a nudie run around the camp site. He’s nervous, as although Tasha has seem him naked before, Kim certainly hasn’t. But it doesn’t take much for the pair to talk him into it, and he sets off. Big mistake!

He ends up stepping on a syringe, and although he doesn’t mention it to anyone, he doesn’t make a secret of the fact something’s wrong. He becomes a lot less enthusiastic about life and begins to keep himself to himself. Tasha and Beth can both see that something’s wrong, but Robbie refuses to tell them the truth. 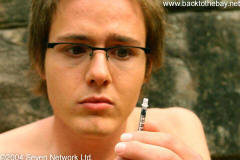 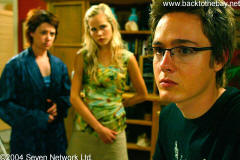 It takes days before Robbie finally admits the truth – he stepped on a syringe and is terrified of the implications. He initially refuses to be tested, but is soon worn down and talked into it. The results are good, he appears to be fine, but will have to go back in 6 months for further HIV tests.

However, this good news doesn’t bring the old Robbie back. He continues to act completely irrationally, and even manages to endanger Jesse’s life in a stupid stunt. Flynn informs Beth that they’re going to have to resort to drastic measures, he wants them to trap Robbie at the house and force him to stay there until he reveals why he’s acting the way he is. It takes hours, as Robbie is initially shocked that his mum has gone to such lengths and refuses to talk. However, he eventually cracks and opens up, pouring out his heart. He tells of how a friend from school once revealed he was HIV+, and everyone treated him like he was a leper. He doesn’t want the same thing to happen to him. This revelation brings back the old Robbie, even if it does take a little longer for his relationship with Tasha to return to normal. 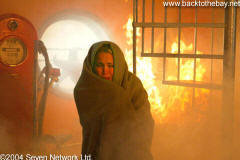 A fire breaks out at the Palace, trapping Hayley inside. It seems she has no way out, with the fire burning out of control and debris falling everywhere. Fortunately, a mystery figure spots the flames and comes to Hayley’s rescue. Nobody can praise the man enough, though nobody seems to know who he is. 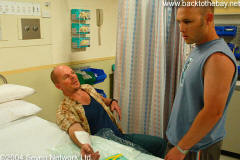 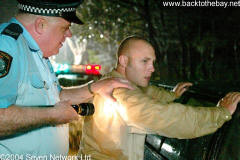 Hayley’s mystery rescuer turns out to be none other than Gus Phillips, Kane’s ‘evil’ father. Kane couldn’t be more shocked to see him, and is completely against making any kind of amends with his father. Gus beat his mother and often took his anger out on Kane too – so Kane certainly doesn’t think he deserves a second chance. However, it truly appears that Gus is a chanced man, he wants to make amends, and even has Kirsty convinced.

It takes a while, but Kane eventually begins to see that prison might have changed his father, and he realises just in time to stop Gus from taking the next bus out of Summer Bay. However, Kane should have trusted his instincts, and it’s not long until Gus changes his life forever. Gus gets a mystery phone call, he obviously owes somebody money and needs to pay it back as soon as possible. He’s obviously not happy about it, but he has no choice but to ‘do another job’ to get what he needs.

Unfortunately, things don’t go to plan and Gus needs help. He phones Kane, he needs to be picked up immediately! Kane knows that something isn’t right, but goes to pick up his dad regardless. This is a huge mistake which results in Kane and Gus being perused by the police. The police catch the car, but there’s no sign of Gus. This leaves Kane caught red handed with a gun, and nothing to prove he’s innocent. Things aren’t looking good for Kane, and even Morag doesn’t think he has a big chance of staying out of prison. Will Kane go to prison an innocent man? 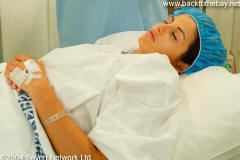 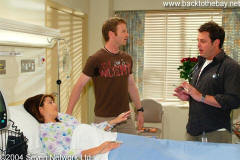 At the Diner, Leah starts to feel sick. She thinks it’s the heat, but there’s obviously something more to it than that. While driving through the bush she collapses, to be found by Peter soon after. Flynn discovers the problem is an inflamed appendix, at risk of bursting. She needs to be operated on as soon as possible but the other surgeons are tied up with critical burns patients. The only person available to operate is Flynn, but as he’s a friend it would be unethical for him to operate. However, it’s the only choice he has, as Leah will die if no action is taken.

Things seem to go to plan and the operation is a success. Leah starts to recover, but then things take a turn for the worse as her temperature begins to rise. Tests show that a medical swab had been left inside her body – Flynn had made a potentially fatal mistake. The swab is removed, and Leah and Dan give Flynn their full support, but the medical board aren’t as supportive. They suspend him from surgical duties and force him to work night shifts. This is tough on both Sally and Flynn, as it leaves Flynn with almost no time to spend with his family. It results in numerous arguments, and their relationship is well and truly on the line.

Just how is Flynn coping with such long hours? He’s soon seen popping pills – is this his secret? And just what will happen when Sally finds out?