The 2001 season opener was the first episode of Home and Away to be broadcast in widescreen format. The episode goes straight into the funeral Ailsa Stewart, who had collapsed in the 2000 season finale. Alf blames himself for Ailsa’s heart attack and is furious when Mitch announces he is moving out. 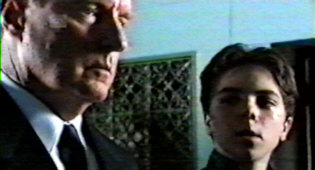 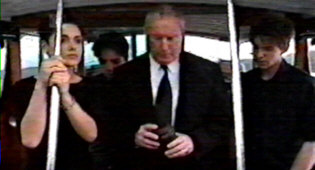 Harry kisses Sally to make her doubt her relationship with Luke before leaving Summer Bay with his mother, June. Brett Egan returns to Summer Bay High to succeed where he once failed (see 1997) and has a relationship with Sally, causing her to break off her engagement to Luke. Troubled student Woody takes Sally and some students hostage at Summer Bay High. Brett leaves again in shame over his inability to handle the situation and losing his cool in the classroom. 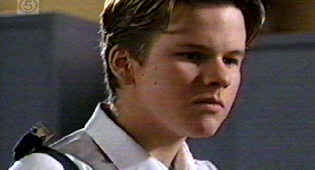 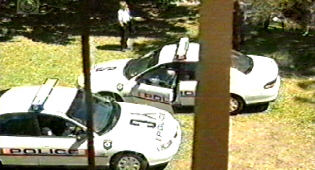 Noah worries that Shauna will treat Jude like his ex-girlfriend Holly who came onto Noah. Holly turns up to try and win Jude back, but he only has eyes for Shauna. Shauna surprises Jude with a marriage proposal.

Gypsy confesses to Shelley that she has a crush on her.

Vinnie and Leah finally get engaged and are frustrated by their parents’ interference with the wedding plans. They get married and Alf befriends Vinnie’s mother, Stella. The 3000th episode in March sees Duncan confront Alf over his Kiss with Stella, Shelley finds out about her father’s affair, Mitch leaves for New Zealand with the uncle he never knew he had, Will sleeps with Gypsy whilst on a break from his relationship with Dani and Alex knock Brodie off her bike with his new car. Brodie has to have brain surgery and finds she has short term memory loss. Brodie and Alex start a relationship. They beak up later in the year and Brodie falls for Alex’s friend Miles on a visit to the Bay. Miles returns in November and is killed in a car crash. Brodie is devastated and blames Alex, who was driving. 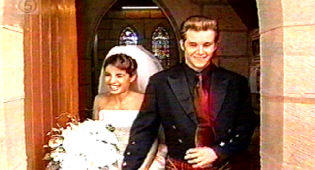 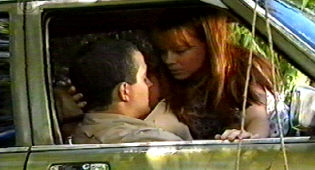 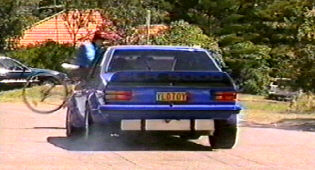 Leah and Gypsy both discover they are pregnant and Gypsy tries to trick a TAFE lecturer into believing he is the father. After five months Gypsy finally confesses that Will is the father, ruining his relationship with Dani.

Shauna starts teaching at Summer Bay High and faces some unwanted attention from student Kane Phillips. Jude tells Kane to stay away from Shauna and is suspected in bashing him when he shows up with bruises. It turns out to be Kane’s brother Scott who is beating him up and Scott kidnaps Shauna. Dani befriends Kane and they kiss. Kane ends up assaulting Dani but claims she led him on. The situation puts pressure on Rhys and Shelley’s marriage. The case goes to court and the judge is none other than Alf’s sister Morag Bellingham, making a reappearance in the show after many years. Kane is found not guilty. 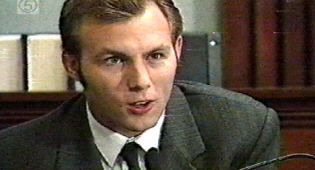 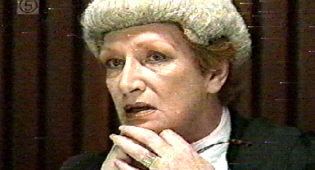 Jude and Noah’s fanatic mother Jill turns up to try and bring her sons back to the fold, but they are bitter towards her. Noah battles alcoholism.

Jade battles bulimia. Jade dumps Duncan and dates David Barclay, whose father is blamed for last year’s mudslide. Duncan’s behaviour worsens and manipulative Morag persuades him to act up even more so that Alf will agree to let him go and live with her. The plan works and Duncan leaves. Nick and Kirsty drift apart and Nick starts dating Jade.

Anna Miller brings her son Sebastian to Summer Bay after reading Donald’s late son Alan Fisher’s novel “On the Crest of a Wave”. Anna works as a cleaner for Jude but she is dying of cancer. On her deathbed, she tells Seb that Alan Fisher was his father. Jude takes Seb in and Donald eventually learns that Seb is his grandson. There were various flashbacks and photos of Alan used in these episodes. 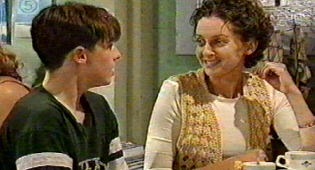 Shelley hires ex-doctor Flynn Saunders as a counsellor at the drop-in centre and they find they have very different methods. Sally and Flynn begin a relationship. Shauna and Jude plan to move to Melbourne, but Shauna leaves in shame by herself after confessing that she has fallen for Flynn. Flynn goes to the city to find his drug addict sister Ashley, and puts her through “detox” by himself in his caravan.

Vinnie’s father Ralph arrives in Summer Bay, claiming that he is dying, but Alf is convinced that Ralph will always be a crook. Ralph helps Vinnie to set up his own business, but uses the money to pay off his own debts before shooting through. Vinnie is left with thousands of dollars worth of debt, and pending fraud charges.

Home and Away goes on location as Donald and Hayley travel to London for their book launch, accompanied by Irene, Will and Nick. Donald and Marilyn are reunitied as she turns up at the launch, but Marilyn tells Donald that she doesn’t love him any more. Hayley falls for the hotel receptionist and Nick runs into pop group Atomic Kitten. 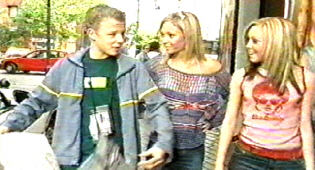 London: Nick with the girls from Atomic Kitten / Marilyn at the book launch

Charlotte Adams, a training doctor at the hospital and Jude’s upstairs neighbour has problems with her grandmother who has Alzheimer’s and her violent ex-fiance.

Sally learns she has cancer and is devastated to learn after her operation that she will never be able to have children. Carly visits to comfort Sally.

In the season finale, Gypsy gives birth to Lily at the side of the road and Will asks her to marry him. Leah gives birth to VJ at the hospital and moments later, Vinnie is arrested for fraud. 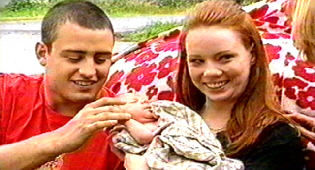 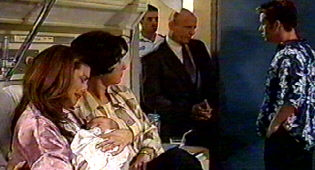