Ian tries to persuade Pippa to join him on a round the world trip that he is leaving for in eight weeks. Pippa agrees and the kids asks Travis and Rebecca to take over the foster family. Travis and Rebecca move into Summer Bay House and Lachlan and Chloe move into their old flat. The foster kids say a tearful farewell to Pippa and Chris. 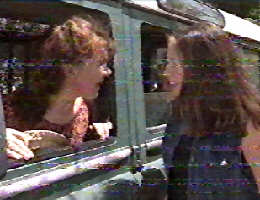 Marilyn has her operation. The tumour is benign and her uterus is left intact, meaning she can still have children. She falls pregnant again later in the year.

Sam begins ram-raiding shops with some new friends of his.

Will Smith, a friend of Damian’s turns up on Irene’s doorstep and she lets him stay. He tries to get rid of Joey but only because he wants he and his brother and sister to be a family again. His sister Hayley arrives in the Bay at the end of the year.

Travis’ estranged big brother Joel returns to Summer Bay from Hong Kong, along with his wife Natalie and teenage children Tom and Gypsy. Travis is angry with Joel for walking out many years ago but Joel reveals that their father took advantage of Natalie. 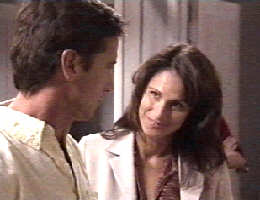 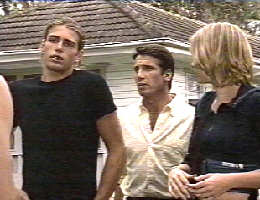 Jesse and Kylie plan to get married but Kylie is arrested before the wedding for a secret hit and run that she was involved in, which left a person dead. Alf puts Jesse’s share of the bait shop on the line as guarantour for Kylie’s bail. Jesse, Kylie and Rachel go on the run but are eventually caught. Alf refuses to have Jesse back as his partner and Kylie goes to jail. Vinnie moves in with Jesse, followed by Sally who feels out of place with Travis and Rebecca running the foster house. Sally decides to change her studies to archaeology. 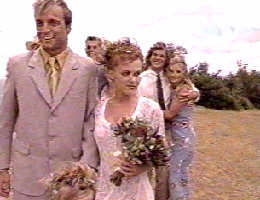 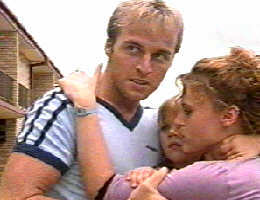 Marilyn and Irene go to the UK to visit Selina who has contracted malaria from her world travels. Steven also shows up and he and Selina reconcile. 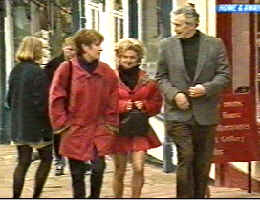 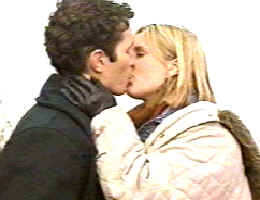 Irene and Marilyn in England / Steven proposes to Selina

Lachlan and Chloe have birthing classes with Jason and his wife, the people wanting to bring the “Bonza Burgers” chain to Summer Bay. Bonza Burgers eventually opens in place of the Surf Club kiosk. Vinnie wins the surf carnival and lands himself with an unwanted job at Bonza Burgers as they are the sponsor.

Tiegan, Justine and Gypsy’s band, the Broken Dolls, along with Joey, Tom and Aaron’s band, the Chick Magnets, are a success at the school dance. The bands combine and become the Broken Magnets. Drugs seem to feature heavily in Home and Away this year. Gypsy buys dope for Will but he refuses to touch it. The media hounds Donald after he expels drug dealer Lillian from the school. Aaron leaves the band when he is offered a place with “Monkey Jam”, a band whose leader pressures him to take drugs. Then Kylie dies of a drug overdose in jail.

Chloe gives birth to baby Olivia. Soon after, Lachie is diagnosed with a brain tumour. His operation leaves him in a coma and upon waking he needs extensive rehabilitation. Diana is nasty to Chloe, claiming she knows what is best for her son. Claiming Chloe’s relationship with Lachie had no legal standing, Diana takes him to America for the best treatment available. Lachie’s brother James arrives in Summer Bay and has to persuade Chloe that he is not in town to do his mother’s dirty work. 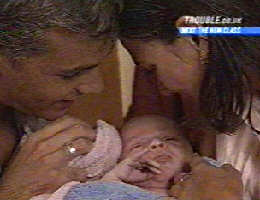 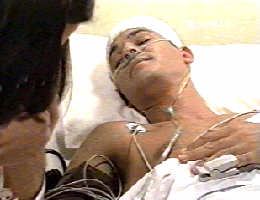 Lachie and Chloe with Olivia / Lachie after his operation

Alf and Ailsa revamp the Diner with a new dark blue interior. Irene quits, feeling she is too old to fit in with the new image. Irene lies about her qualifications to get a job as the secretary at Summer Bay High. Donald discovers the truth and fires Irene but she manages to get the job back after taking a computer course. 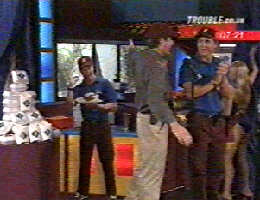 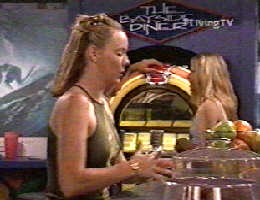 Alf and Ailsa lose Rachel at a shopping mall while looking after her for Jesse. Two young boys keep her locked up overnight, claiming they are just playing. Rachel is found and reunited with Jesse. The entire episode was dropped by ITV in the UK because of its similarities to a real-life case that did not have such a happy ending. Settling their differences, Jesse and Alf finally go back into partnership at the bait shop. 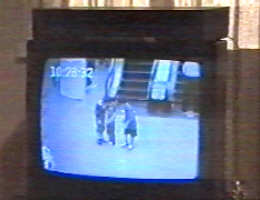 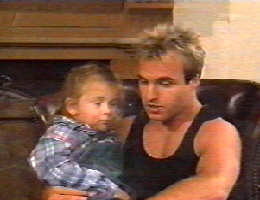 Rachel is taken by two boys / Jesse is reunited with Rachel

Sam is put off by his new girlfriend Daria’s epilepsy, while Sally has a relationship with Daria’s father, Sean, until Daria’s mother turns up.

A non-paying customer holds Ailsa at gunpoint in the Diner after she threatens to call the police. Sally accidentally gets shot in the leg. 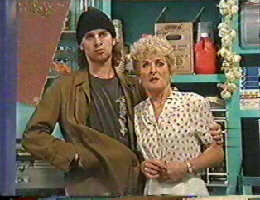 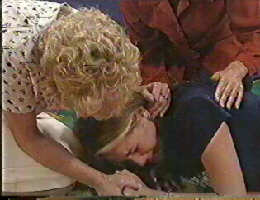 Hold-up at the Diner / Sally gets shot

Natalie and Joel try for another baby but learn that Joel has a low sperm count. Joel returns to being a police officer and Tom starts dating an older woman, Terri Garner, unaware that she is his father’s colleague! Joel’s whistleblowing past returns to haunt him, as his ex-nemesis Robert terrorises the Nash family. In the season finale, Robert kidnaps Gypsy, Sally and Vinnie get together, and Chloe is devastated to see Lachie’s condition as she visits him in the US.