In the season return, Travis and Kelly find Shane by the side of the road after his motorcycle accident. He is taken to hospital where he has to have his spleen removed and falls into a coma. Donald finds damage to his car and worries that he caused Shane’s accident, as he cannot remember driving home from the Christmas party. However, Marilyn confesses that she drove the car home and caused the damage. After waking up and coming home, Shane is attacked by three men in a case of mistaken identity. They demand a boat to catch the man they are after and Shane takes them to Travis’ boat. Shane and Travis are pushed overboard and the boat is stolen. A couple of months after his accident, Shane cuts himself on wire at Travis’ home-farm and develops septicemia because of the removed spleen. Shane collapses and dies on his and Angel’s first anniversary. Later in the year it is revealed that Sergeant Hale was the hit and run driver who knocked Shane off his bike. 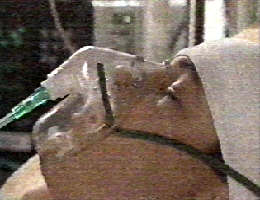 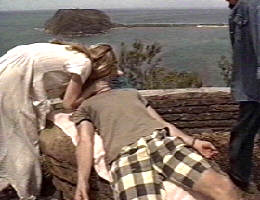 Shane in a coma / Shane collapses and dies

Kelly worries about the possibility that she has AIDS after the syringe accident and gossip spreads around the bay. Ailsa refuses to let Kelly treat a cut on Duncan and finds herself ridiculed on the radio. Kelly’s test results are negative and Travis asks her to marry him, but she turns him down. Debbie, the mother of Travis’ vegetable thief takes a shine to him and Kelly accuses her of attempted murder after she is bitten by a funnelweb spider. Travis takes a restraining order out against Debbie. 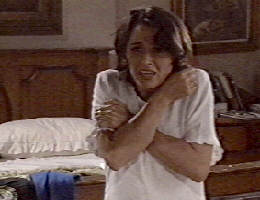 Kelly is bitten by a funnelweb spider

Chloe confesses to Curtis that she takes drugs. Chloe writes an essay that doesn’t make sense because she is on drugs and Donald confronts her after finding drugs at Summer Bay High. However, the dealer is actually the school secretary Joanne who accuses Donald of sexual harrasment! Chloe reveals the truth about Jo and she is arrested. Chloe is denied a place at a boarding school because Donald mentions the drugs in her report.

Selina moves into Saul’s commune as he promises her that they can give her miscarried baby Maddie another chance at life. Alex makes Selina realise that Saul is playing mind games so he can have his way with her, and Selina escapes from the commune. Sual abducts Selina from the beach and Irene sees them speeding away on Saul’s motorbike with Selina in handcuffs. They follow the tracks and Chris Hale arrests Saul. Selina finds an abandoned baby on the beach and Irene wants to foster it. Sally convinces a guy called Brendan not to jump off of a cliff and it turns out that he is the baby’s father. Brendan gets custody of the baby.

Alex and Shannon go hang gliding and find an old plane wreck in the bush. They find things in the wreck that help them trace the owner to England. Shannon makes enquiries but has trouble speaking to people in England who only want to know what is happening in Neighbours! Simon Broadhurst arrives from England to investigate his grandmother’s belongings in the plane. He finds two skeletons and discovers his grandmother was having an affair. Simon is revealed to be a millionaire. He falls for Angel and pays off her mortgage after Shane’s death. Later in the year, Shannon and Alex make another discovery – an old army dump. They drop a grenade, causing an explosion.

Shannon arranges to meet her unknown mother but she does not show up. Senator Katherine Walker comes to town and Shannon interviews her. Shannon recognises Katherine’s ring – she is Shannon’s mother! Shannon reveals she was abused by her uncle as a child.

Fin returns to Summer bay and tells Irene that she is unable to have children. She asks Irene to be a surrogate mother! Irene agrees and Marilyn accompanies her to the USA to visit a clinic. Irene dyes her hair brown because the peroxide could apparently stop her from becoming pregnant. Irene goes to the States again for the procedure and returns pregnant. Fin visits again and regrets putting Irene through the pregnancy because she has fallen pregnant herself!

Steven gives Selina after-school tutoring and falls for him. Donald warns him that he would be in big trouble for having an affair with a student. Selina teases Steven, saying nine months is a long time to wait for her to finish school. Donald and Steven stay at the beach house while Irene is in the States and Steven and Selina spend the night together. Jeremy Riggs who previously stalked Selina discovers the affair. Selina has Jeremy humiliated in front of the whole school and feels guilty when he is found in the toilets after an attempted suicide. Steven’s affair with Selina comes to light and he resigns from Summer Bay High during the investigation. Towards the end of the year, Sally goes missing. she is sick and a strange boy called Jamie claims to be looking after her but refuses to take her home. Steven resuces Sally, but it does not exonerate him from all the trouble he has been in and he slips quietly out of Summer Bay.

Jack gets involved with a gang that trashes the surf club. Pippa’s father Bert visits with a friend of his, Harry, from the nursing home. Jack steals Bert’s wallett and he has a heart attack, but Bert defends Jack to Pippa.

Donald finally confesses his feelings for Marilyn in April. Donald discovers a comet and names it after Marilyn! Donald accidentally proposes to Marilyn by referring to her as his wife! Marilyn turns Donald down and has a relationship with Michael’s son Haydn. Later on, Donald’s daughter Rebecca returns to Summer Bay to teach music at the school. Donald resents Rebecca telling him who ha can be friends with and announces that he and Marilyn are engaged, much to Rebecca’s disgust. Donald’s ex-wife Barbara returns to Summer Bay and tries to kill Donald so she can inherit money to pay for her wedding. Marilyn wants to get married in the Catholic church but Donald in the Anglican church. They eventually get married in a marquee half way between the two churches! 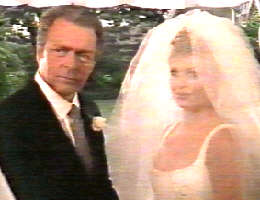 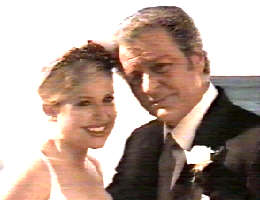 Donald and Marilyn get married

Pippa’s new foster kid Liam Tanner (his father was arrested for fraud) arrives on the night of a severe storm that causes Summer Bay to start flooding. Angel goes into labour and Alex and Shannon try to drive her to the hospital in the pink bambino, but the bridge has been washed away. Alex takes a back road and they get bogged in the mud. When they eventually get free, a mysterious motorcyclist leads them safely to Pippa’s house – is it Shane’s ghost? Angel gives birth to her baby daughter Shane at Pippa’s house, while the man of the house Michael rescues Sam from the overflowing river. Jack cannot hold onto Michael and he is washed away in the current and drowns. Strangely, Pippa has a new scene in the opening titles without Michael which lasts only a week before the new style of titles is introduced with grey lines at the top and bottom of the screen and scenes of the characters doing strange things on the beach, like watching TV. Jack leaves to join the navy. Pippa is awarded an Order of Australia and is reluctant at first about receiving it because it is intended for Michael too. 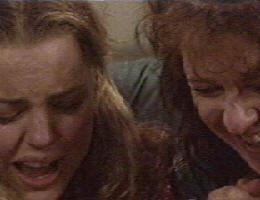 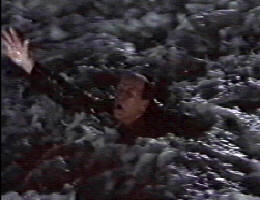 Curtis, Chloe and Selina break down and are attacked by a gang of car thieves. One of the gang, Jesse McGregor turns and helps the girls. Jesse and Selina begin dating. Jesse is hypnotized in a show at the surf club and reveals that the most important girl in his life is Rachel. He explains to Selina that Rachel is his young daughter. Kylie Burton arrives in town with their daughter Rachel. Kylie tries to persuade Jesse to steal to support Rachel.

Liam takes a shine to Stephanie Mboto, the sister of Travis’ girlfriend from Somalia. Stephanie reveals she survived being shot in Somalia.

Saul’s son Joey Rainbow leaves the commune and arrives in the Bay, wanting an education. He enrolls at Summer Bay High and Irene lets him stay at the beach house.

Keith Williams, the father of of Summer Bay High student Hannah, bursts into the school with a gun after he is refused to see Hannah. He takes Donald hostage in his office. The entire episode was dropped by ITV in the UK.

Chloe is attacked on the beach on her way home from an end of term party. She feels dirty and cuts her hair short. At the trial, Chloe’s father Max Richards sees red and shoots the alleged rapist dead outside the court… but it is the wrong man. 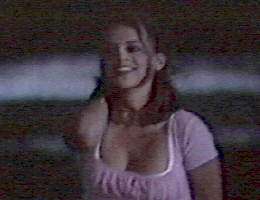 Chloe is attacked while walking home along the beach

A new character, Casey Mitchell chases after Liam. Rebecca encourages Casey’s musical talent. It turns out that Casey’s mother has mental problems and believes that the real Casey is dead.

An earthquake hits Summer Bay, destroying Angel’s house, Summer Bay High, and Alf’s store. Alf suffers a heart attack while the store is collapsing around him. Alf has to have open heart surgery. The kids have to fight to get the school re-built. Pippa lets Angel stay with her. Simon returns and tells Angel that he wants her to be his wife! In the 2000th episode, Angel leaves to move to England with Simon. 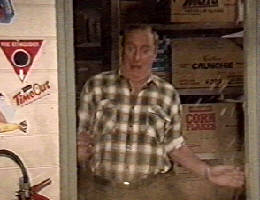 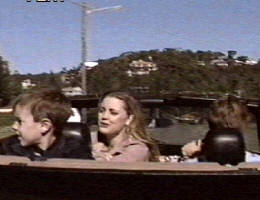 Chloe falls for her new psychiatrist, Brad Cooper. In the season finale, Brad takes Chloe to his house and points out the animal traps he uses, apparently to keep pigs away from his house. While Brad is outside, Chloe discovers a tape recording of Travis talking to the police. Chloe suddenly realises that brad was her attacker. The phone has been cut off and she tries to escape. Brad chases after her and gets caught in one of his own traps.