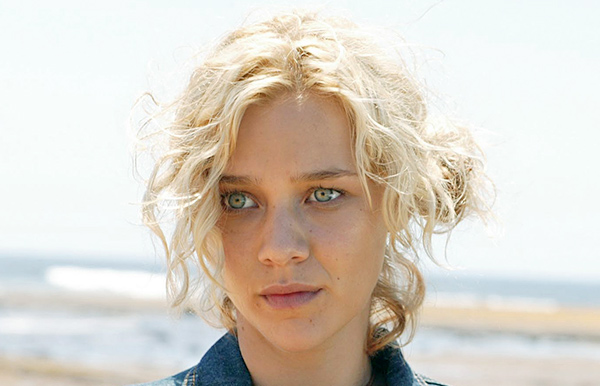 Lily was first heard of when Cassie set up the Summer Bay Telephone Helpline. She called in one night, just as Cassie was turning off everything. She seemed a frightened, timid girl who was scared to say anything upfront. Cassie took matters in her own hands and met up with her, discovering the truth.

Lily was in an abusive Relationship. From what was hinted at but never actually showed on screen, her boyfriend Kyle hit her a lot and controlled her, never letting her out of their House, or letting her meet up with Friends. Lily was shy so she never asked for help, and was abused for even the smallest mistake. Kyle let Lily believe he loved her and apologised a thousand times. Having been in a similar, if not identical situation with Macca, Cassie wanted to help her.

After convincing Lily she didn’t have to put up with being abused, Lily moved in at The Caravan Park House as Cassie’s friend from the City, Ruby. When Lily’s mother turned up at the house the secret was blown and Lily’s mother explained that Lily often ‘made up lies’. Though not entirely convinced, Sally and Brad had no choice but to let Lily return with her mother.

Cassie was unwilling to let it lie though and went to Lily’s house with Matilda only for Kyle to come home. With Matilda running to get help Cassie and Lily were locked in a room as Kyle tried to get into them. Luckily just as he did Brad, Ric and Sally arrived to save the day. Kyle was arrested and Lily’s mother revealed to be a deluded woman who wanted Lily to stay with Kyle so he could ‘look after them’.

Lily moved into the Caravan Park House and Cassie developed what seemed like an unhealthy obsession with protecting Lily. When Newbie Jules arrived and there was a spark between them, Cassie tried hard to steer Lily away from him, as he was a bit of a bad boy, but Lily saw a sifter side to him. One day Lily and Jules were walking on the beach, and Lily saw something disturbing in the water, like someone was drowning. So with the attitude of a heroine, Lily jumped into the water trying to save her.

Completely oblivious to the Cold, she searched for her, until she saw something floating above her. She reached Matildas but ended up caught in the rip herself until Ric came to the rescue. Taking hold of Matilda, he asked if Lily was okay to swim back and she assured him she was. However when he reached the beach Lily was not behind him so Ric went back for her and saved her too.

When she was released from Hospital a few days later however, she decided she didn’t want to stay at The Caravan Park House anymore but wanted to make a fresh start and stand on her own two feet so she left The Bay and that was the last we saw of her.