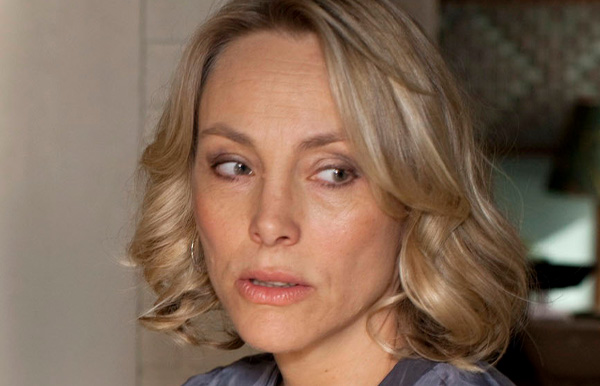 Laura was an old friend and work partner of Roo’s from the States who turned up at the caravan park looking for her, meeting Miles and Romeo. Roo wasn’t entirely pleased to see her, viewing Laura as part of the responsibility-free lifestyle she’d left behind, but agreed to her staying with her for the visit. Laura was quickly taken with Elijah and, on learning he was trying to organise a fundraiser for the hospital his titular wife Grace had set up in Africa, volunteered herself and Roo as event planners, convincing Roo to work with her one last time.

Laura convinced Roo, Elijah and Sid that a bachelor and spinsters ball was their best option. She and Roo planned to fly to Melbourne to pitch to the bank’s marketing department but Roo ended up having to pull out when she saw Marilyn, who had run off with baby George, at the airport. Laura asked Elijah to go with her instead and the pitch was successful. It also brought Laura and Elijah closer together and they were soon dating. The relationship brought disapproval from a number of quarters, notably Colleen, while Laura wound up Roo about the latter’s attraction to Sid, who Laura dubbed “Doctor Dish”.

She supported Elijah as he struggled with returning to the church and keeping the homeless shelter where he had been working open. She began to worry that Elijah wanted to marry her but it turned out Elijah had the same worries about her and they assured each other they were happy keeping it casual. When Roo returned from an expo in Hawaii, Laura told her that Sid and Marilyn had split up. She tried to play peacemaker between Roo and Indi (who had moved in with them along with Romeo after getting married) when Roo and Sid got together, but Roo ended up moving out.

Laura and Roo set about compering the bachelor and spinsters ball but Roo, Elijah and John were all shocked when Laura revealed she had sold tickets to Heath and some of the other River Boys. When Bianca was raped at the event, Roo blamed Laura for letting the River Boys in (although in fact the culprit was another attendee, Dean O’Mara). Although Roo apologised, she told Laura she didn’t want to work with her again. Laura instantly made plans to go back to New York, having received a job offer, and said a fond farewell to Elijah after giving him the money for the hospital. Roo and Sid rushed to confront her on learning she had taken Roo’s share of the profits but Roo’s anger quickly dissipated when Laura told her she’d only taken it as a loan to get herself settled and would wire it back to her. The two friends parted on good terms.