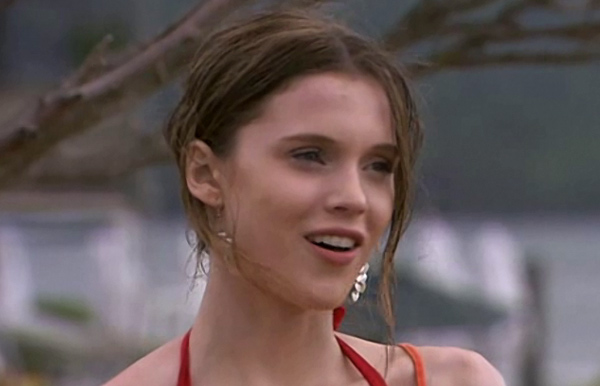 Kate was a Year 12 student who sat near Dexter during the HSC trial exams. The pair kept looking at each other, prompting Gina to order them out and accuse them of cheating. Kate said she merely wanted to see what Dexter’s answers were because he was looking smug and Dexter said he was bored and noticed Kate looking at him. Afterwards, Kate went to see Dexter at his house and told him she’d been impressed by his answers and wanted him to tutor her. She offered to pay him but Dexter wanted something other than money: He wanted Kate, who he noted looked different since she’d lost her braces, to pose as his girlfriend. She accompanied him to Angelo’s, where they were seen together by Charlie, Ruby and Casey.

Dexter gave Kate tutoring sessions in public so people would see them together. She realised he was trying to make April jealous and told him they would make a good couple. Dexter seemed intrigued enough by Kate to write up a list comparing her to April: They seemed evenly matched on paper but he eventually concluded that Kate wasn’t April.

Kate agreed to join Dexter on a surfing camping trip with Xavier, April, Ruby and Casey as his girlfriend and share a tent with him in exchange for extra tutoring sessions. She exchanged barbs with a jealous April and gave Dexter a free kiss in front of the others. She went surfing with Xavier, Casey and Ruby, leaving Dexter and April alone. The trip was cut short when Xavier hit his head while surfing and had to be rushed to hospital. On their return to town, Dexter told Kate he had admitted to April they weren’t really a couple. He offered to keep tutoring her but she decided she’d just give him a call if she needed help. Dexter suggested they stage a break-up fight and Kate decided they should keep it dignified before they went their separate ways.