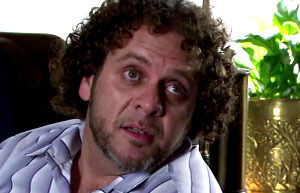 They argued over Aden’s faher wih Dr Hornby commenting that if someone can’t swim to save himself, how can he be expected to save anyone else. Aden thinks over these words and admits that he now realises that his Dad couldn’t help him when his grandfather abused him, as Larry was still too scared because of what had happened to him. Dr Hornby was pleased with his breakthrough and granted him a home visit.