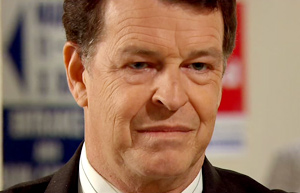 We first meet Dr Helpman when he and Rachel are discussing the Charlie Benson case about implementing increased counselling instead of higher dosages. Dr Helpman asks Rachel to page him and touches her inappropriately on the arm before leaving. Kim sees this encounter and questions Rachel but she says that inappropriately touching a person was more accepted for Dr Helpman’s generation or more like “being paternal”.

The next case they work together on is of a 23 year old male who claims to be Houdini and Dr Helpman needs Rachel’s help with it. The Police brought him in fleeing a break and enter and he claims that he deserved a second opinion. Upon leaving, he touches Rachel inappropriately around the waist.

Dr Helpman nominates Rachel Armstrong for the Lloyd medal as he knows that she has been exceptional from the start. The winner has to give a lecture at the Pacific Psychiatric Conference and a draft is needed in a few days to decide the winner. Dr Helpman offers to help Rachel with the draft. He arrives after work to Rachel’s place and he has brought wine and Thai food for dinner. At the end of the night, he leaves Rachel with a lot of reading material and food for thought for her essay and gives her a kiss on the head as he says goodnight.

One morning Dr Helpman sends Rachel some flowers to wish her good luck for the Lloyd medal and later she receives a text message wondering if she had received the flowers that he’d sent. Rachel immediately deletes the text. Later at work, Nurse Julie mentions that Dr Helpman has a reputation when it comes to female registrars and making them feel uncomfortable, all the signs of sexual harassment.

Rachel needs help with a patient’s medication and Dr Helpman volunteers to help, he gets a little too close for Rachel’s liking and then Dr Olivetti needs him in a meeting with the Director of Nursing to discuss Psych beds. A short while later he is sitting in Rachel’s office reading up on her notes about the patient and what she has prescribed, he starts flirting with her by saying that she could ask for a second opinion any time. Rachel stops it by saying that she isn’t interested in him in that way and in future she wants things to be strictly professional. He apologises for putting her in such an awkward position, that he misread the signs and has upset Rachel.

After that confrontation Rachel doesn’t win the Lloyd medal as Dr Helpman’s recommendation isn’t as glowing as of the other candidates as it was more of a negative endorsement just not as strong.

As punishment for not going along with his advances, Dr Helpman tells Rachel that her work isn’t up to a high standard, he did his own patient history and found mistakes with the dosage that Rachel prescribes and asks her to refrain from seeing the patient for the time being. He would not let her learn from the “mistake” that she’d made nor would he let her review the case with him and that she was to continue to review long term patients from now on. Rachel is being honest with him and he is being honest with her in that she has a lot to learn about how the “system” works.

Dr Helpman is looking for Mrs Webb’s file, comes to annoy Rachel who eventually finds it. He asks if something is the matter, if she is still upset about not going to the conference and if she needs to talk to someone then he will be there to listen.

The door to Room 6 which is Dr Helpman’s office opens just as Kim and Rachel walk past, Dr Helpman sees and overhears the conversation and then sneaks into Rachel’s office to search for Kim Hyde’s file which is on her desk. There is a document showing that Kim has asked for a transfer to Dr Arnold Rimmer.

Dr Helpman summonses Rachel to his room and asks where Mr Collins’s referral is. Rachel says that she had given it to him yesterday but when she infers that he might of misplaced it, he gets very defensive and starts attacking Rachel’s professionalism and inefficiency. He also accuses her of not finishing the paperwork and that her assurances mean nothing to him. He reprimands her by saying that she needs to get her head out of the clouds and to do her job properly. Nurse Julie sees all of this unfold in the background.

Nurse Julie encourages Rachel to make an official complaint against Dr Helpman even though it’s professional suicide and that he’s trying it on, but he is ruining Rachel’s reputation. According to Nurse Julie, he’s been doing it to female staff for years and he will keep doing it until someone has the guts to stand up to him.

After advice from Nurse Julie, Rachel made up her mind and would report Dr Helpman for sexual harassment. She went to him to warn him of what her intentions are as she was sick of all the innuendo, the bullying and harassment. She also states that other women would step forward and support her whether they would believe her or not. Dr Helpman has also done his homework and found out that she is having a relationship with Kim Hyde and if word gets out then she will be struck of the psychiatric register and her career would be ruined. He tells her that she has to think carefully about what is at stake, her career or his career. Or that they can come to some arrangement, if Rachel slept with Dr Helpman then the secret of Kim & Rachel’s relationship would not be leaked. It is something that she would not even consider and so now she is being blackmailed by Dr Helpman.

Dr Helpman is being very professional and nice especially other nurses when he wants to be, he converses with Rachel and is happy with her work, which is a far contrast from before.

Dr Helpman pages Rachel while at Tash & Robbie’s reception, even though she isn’t rostered on and he knows full well what he is doing. It is his way of payback and his way of flexing his muscles. She does as she is told and goes to see the patient concerned much to Dr Helpman’s delight.

According to Nurse Julie, Rachel is being reported for poor performance by Dr Helpman and he is the reason for Rachel’s patients cancelling and seeing Dr Helpman instead.

Dr Helpman’s wife and two children are at the Surf Club and he introduces his wife to Rachel. Later his son Ned needs resuscitating and Dr Helpman is too rough with his compressions as he could break his ribs if using too much pressure and he could have given his son a pneumothorax. Rachel ends up saving his child’s life and Dr Helpman admits that she is a good doctor and that he might have misjudged her. Things quickly change when her new roster is handed to her and she founds out that she has fewer shifts due to the report of poor performance and that the other psychiatrists wouldn’t work with her. He is keeping a tight leash on her as she is shooting holes into his reputation and he feels that she’s a loose canon. Eventually Dr Helpman is reported for sexual harassment to the CEO of the Hospital.