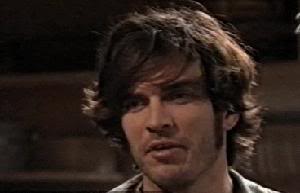 Sean Ellis was the (slightly) older man with whom Sally had a short relationship in 1998. The two had to overcome several obstacles, such as the age difference and his disapproving teenage daughter Daria. However, Sally’s general niceness eventually pacified Daria and convinced the townfolk to accept them as a couple. However, just as things were getting serious, his estranged wife Tanya arrived and threw things into the mix. For a short while it looked as though Tanya and Sean were headed for reconciliation – but alas it wasn’t to be. Their arguments reminded them why the broke up the first time and they went their separate ways. Without Sally or Tanya in his life, Sean was no longer seen around Summer Bay