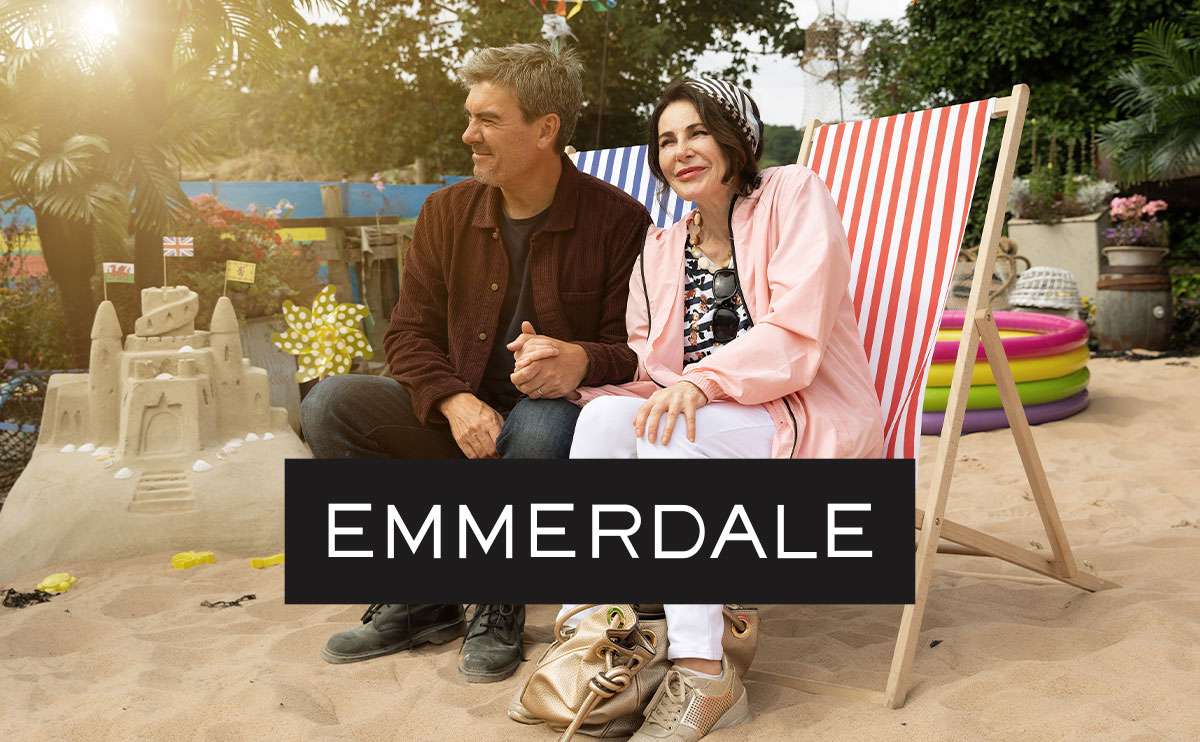 This week on Emmerdale, Faith prepares to say goodbye after a beautiful day in which the Dingles bring the seaside to her.

Faith Dingle (Sally Dexter) has recently been coming to terms with the fact that her cancer has spread to her brain, meaning she has very little time left to live. She has decided that, when the time comes, she will end her own life rather than prolong her and her family’s suffering.

She recently confessed to Moira (Natalie J Robb) that she wants to die on her own without any of her family around her, despite it meaning that none of them would get to say a proper goodbye. 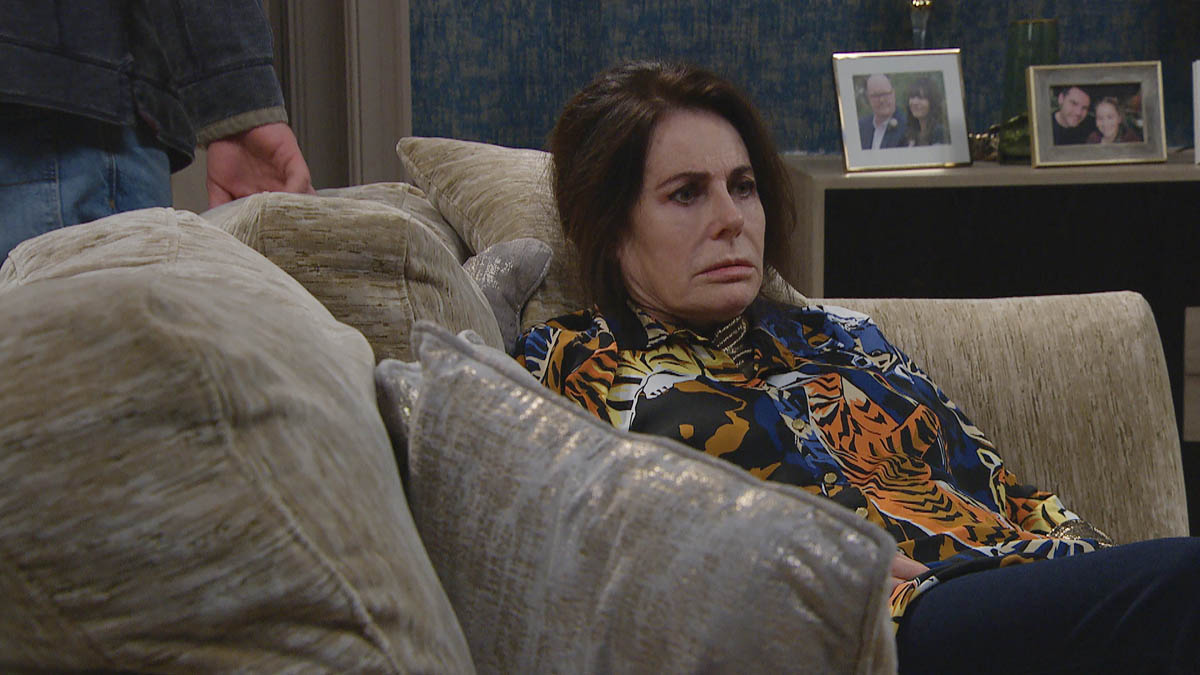 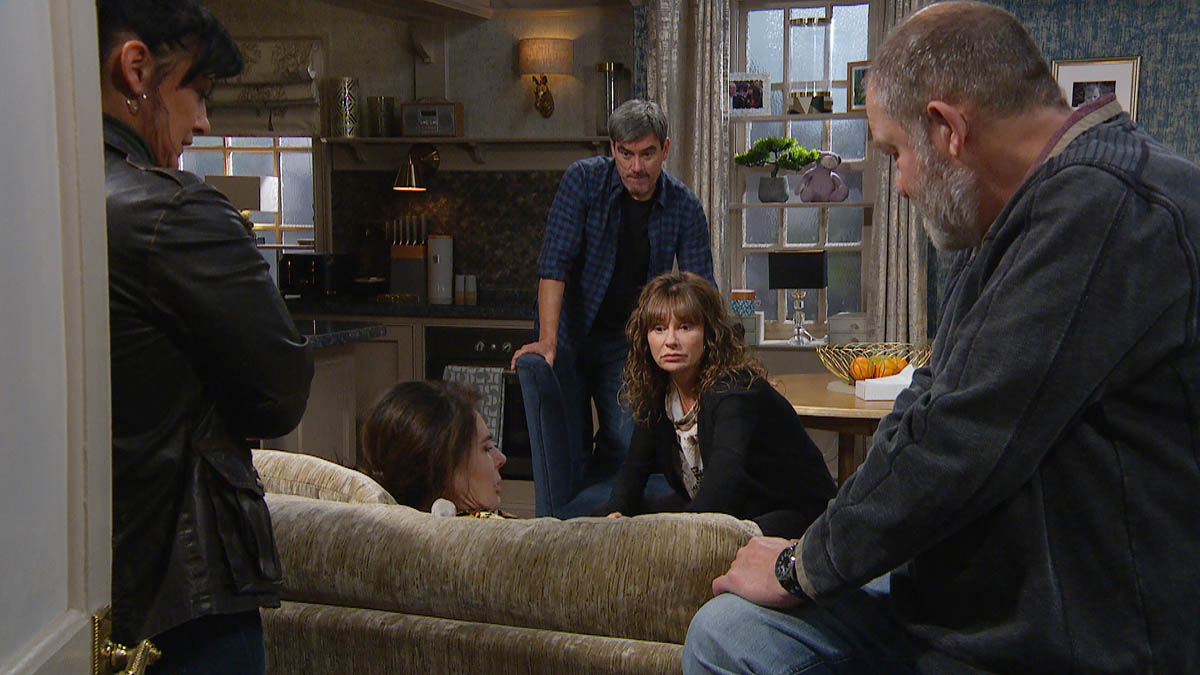 Faith has organised to take the Dingles to the seaside as a way to give her some final happy memories, and she’s brimming with excitement as she shares her plans for a family outing.

However, when Faith’s health takes a turn for the worse and she suffers another fall, they realise that taking her to the beach simply won’t be possible.

Faith is insistent that the rest of the family should enjoy the beach trip without her, but they’ve got a better idea. Quickly putting a plan into action, they decide to bring the beach to her! 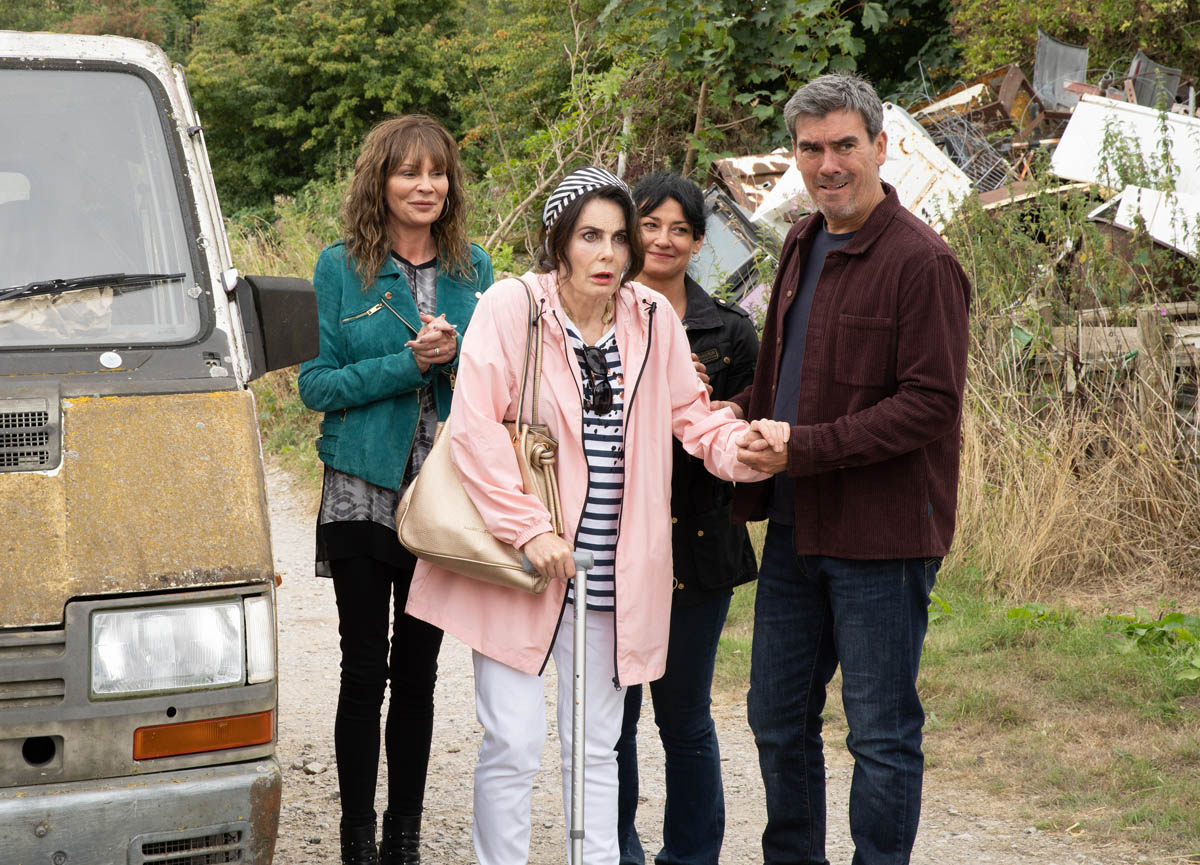 In this Wednesday’s episode, the seaside comes to Emmerdale, and Faith is overwhelmed when she sees what her loved ones have prepared. 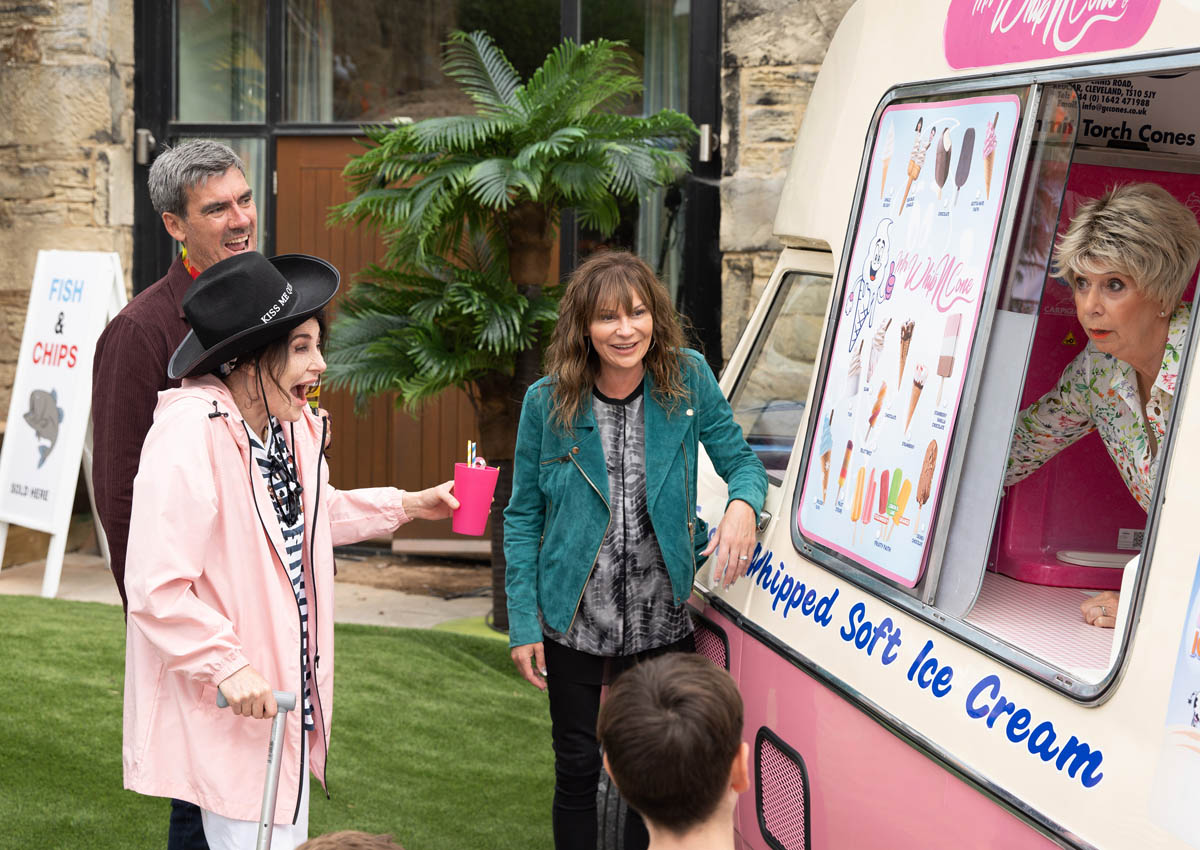 There’s sand, deckchairs, sand castles, and everyone she cares about – even Diane (Elizabeth Estensen) has returned for the special occasion, as she serves them from inside the ice cream van! 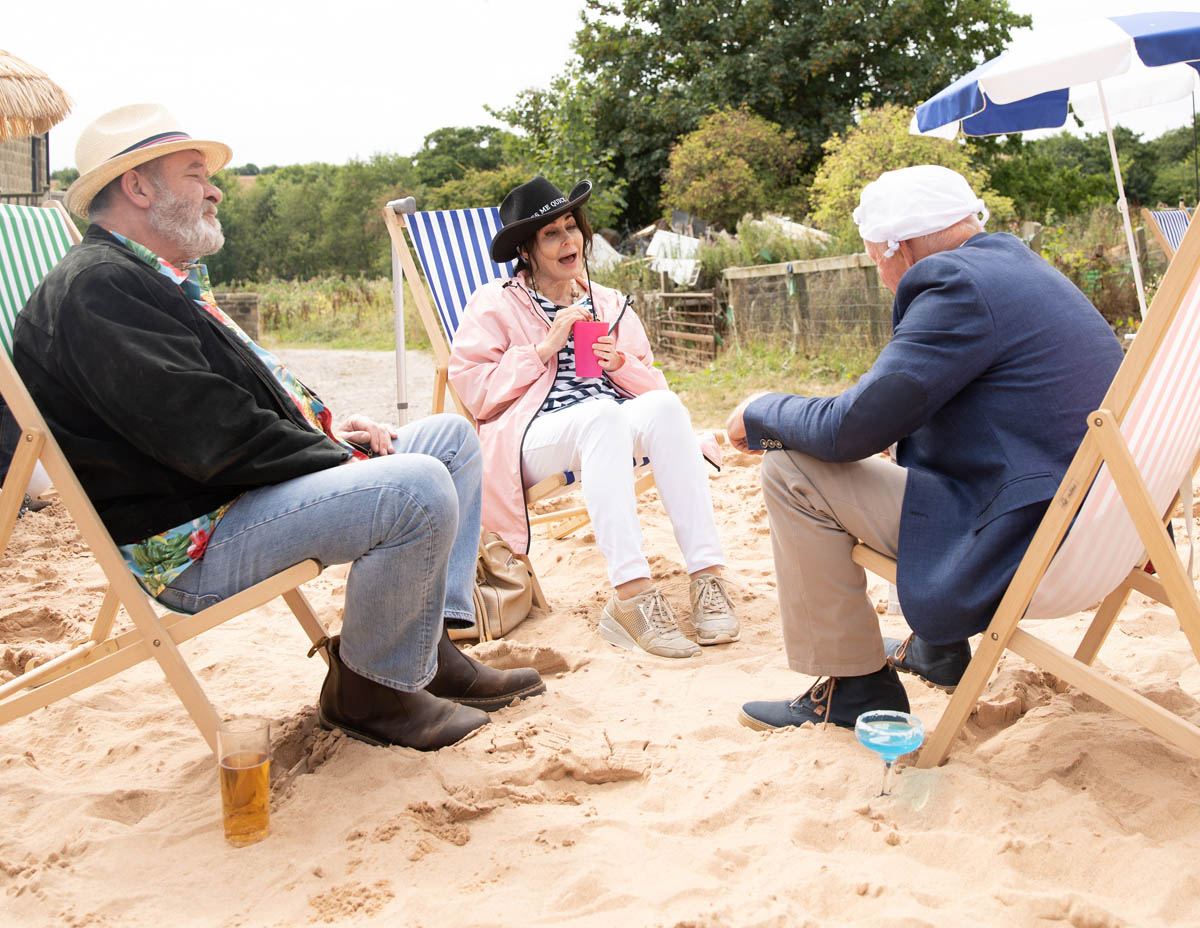 Chas (Lucy Pargeter) and Rodney (Patrick Mower) exchange a glance – it’s a job well done! Faith is blissfully happy as she gets one last dance with Cain (Jeff Hordley), and as things later wind to a close, she clutches a family picture against her chest, her heart warmed after such a beautiful day.

She decides that it’s been the perfect way to bring her time to a close. Moira soon picks up on her hints that she might soon end her own life, and desperately tries to convince her to back out of the plan… but while Faith reassures her that she won’t be doing it any time soon, in reality she’s already made up her mind.

She begins to say veiled goodbyes to her friends and family, who have no idea that this will be the last time they see her. 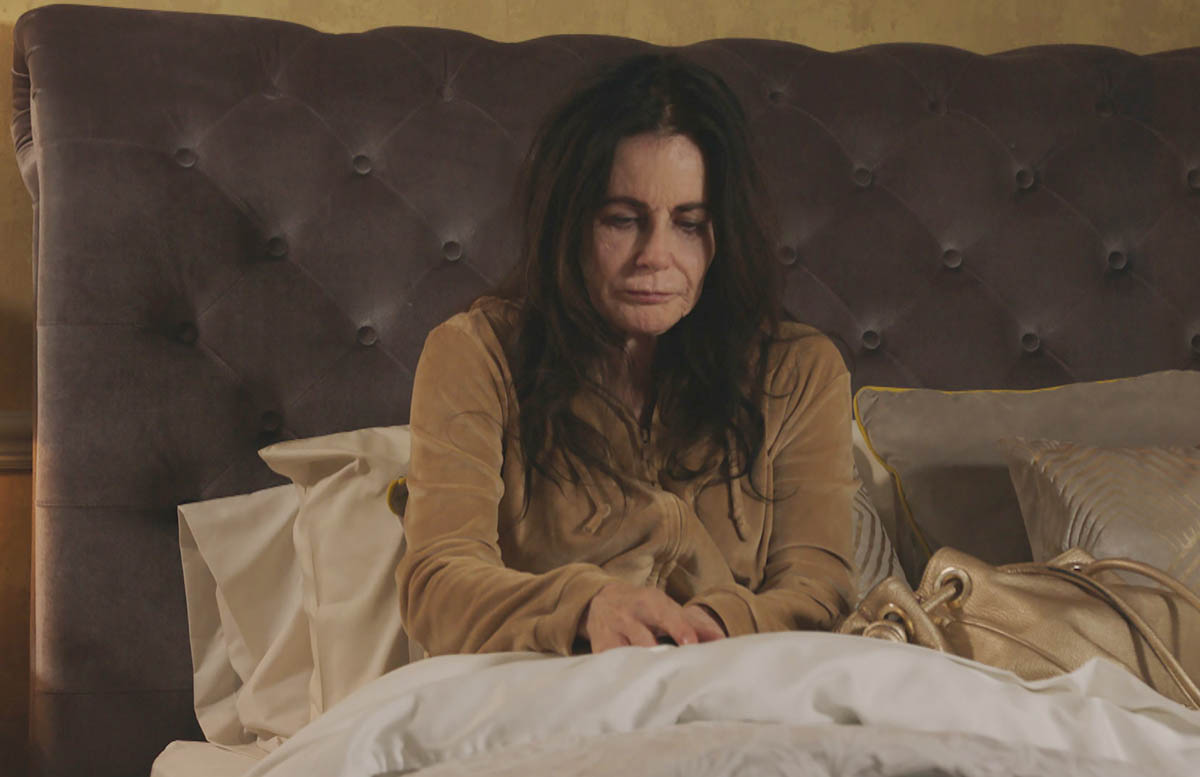 As the evening ends, Nate (Jurell Carter) leads Faith to bed, oblivious to the decision she’s made.

Finally alone, she switches off her phone and takes a final look at the pictures from the perfect day.

The next day, as part of an hour-long episode airing Thursday at 7pm, Faith decides that the moment has come. 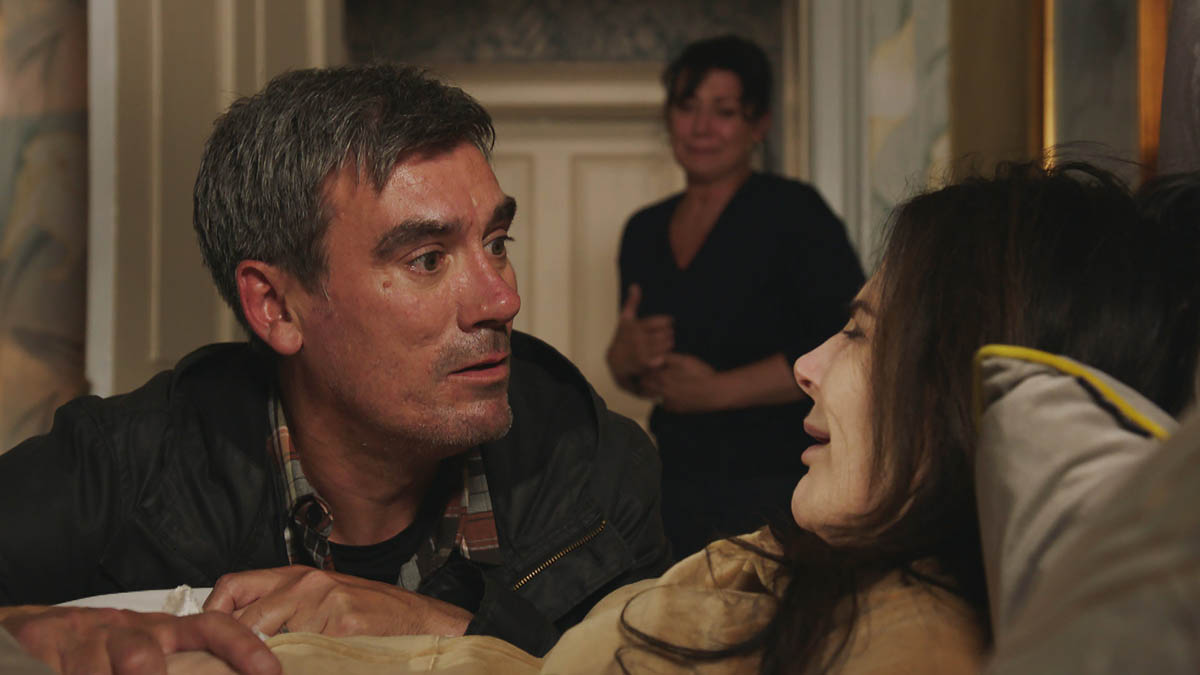 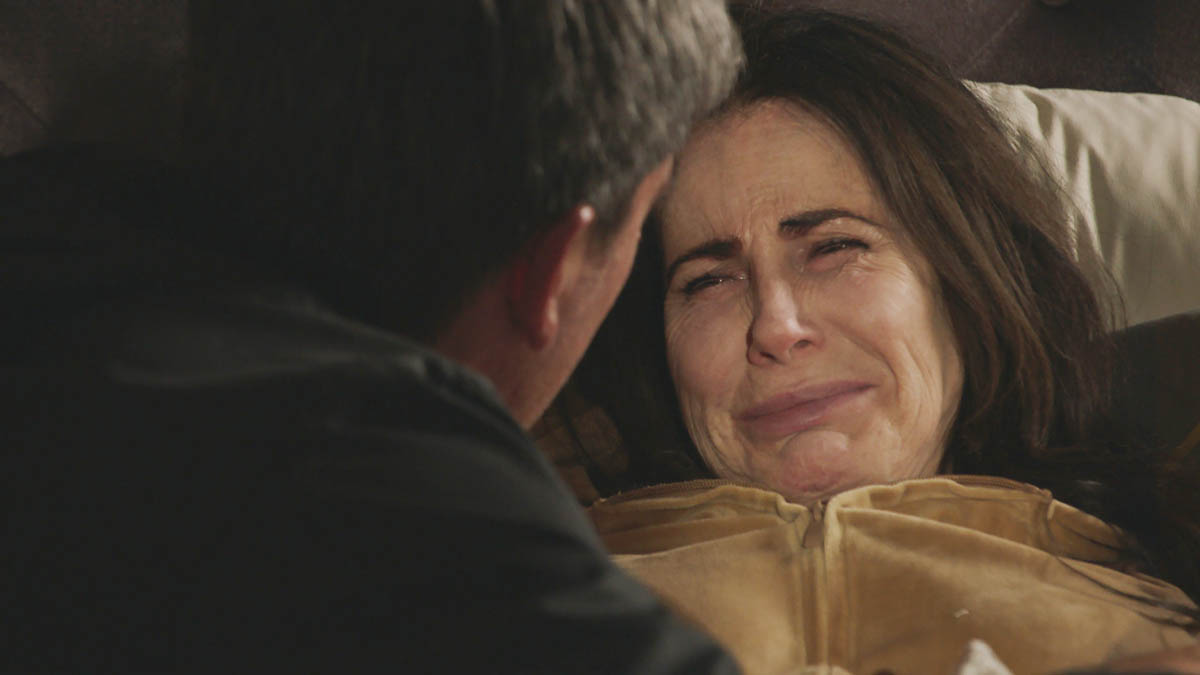 Cain eventually arrives in her room, but by that point it’s too late – he realises what Faith has done, and all he can do is try to make her comfortable as she drifts closer to death.There are tears from both sides as Cain and Faith say goodbye, and Cain is left heartbroken as he witnesses his mum take her final breath.

With Moira the only person to know of Faith’s plan, how will it affect her relationship with Cain if he ever discovers the truth?

Discussing the heartbreaking decision to end her own life, Sally Dexter said, “[Faith] starts to feel that the family is taking away her right to choose how she lives.. and dies.

This starts to draw her to a decision that up till now she would never have considered. To calmly relieve her family and herself of any further distress, pain or worry by taking matters into her own hands and speeding up her own death.

“Faith is and has always been a lover of life! But to exist in mental torment and physical pain, with absolutely no choice or control over that existence, is simply unacceptable to her; she decides she would rather die.” 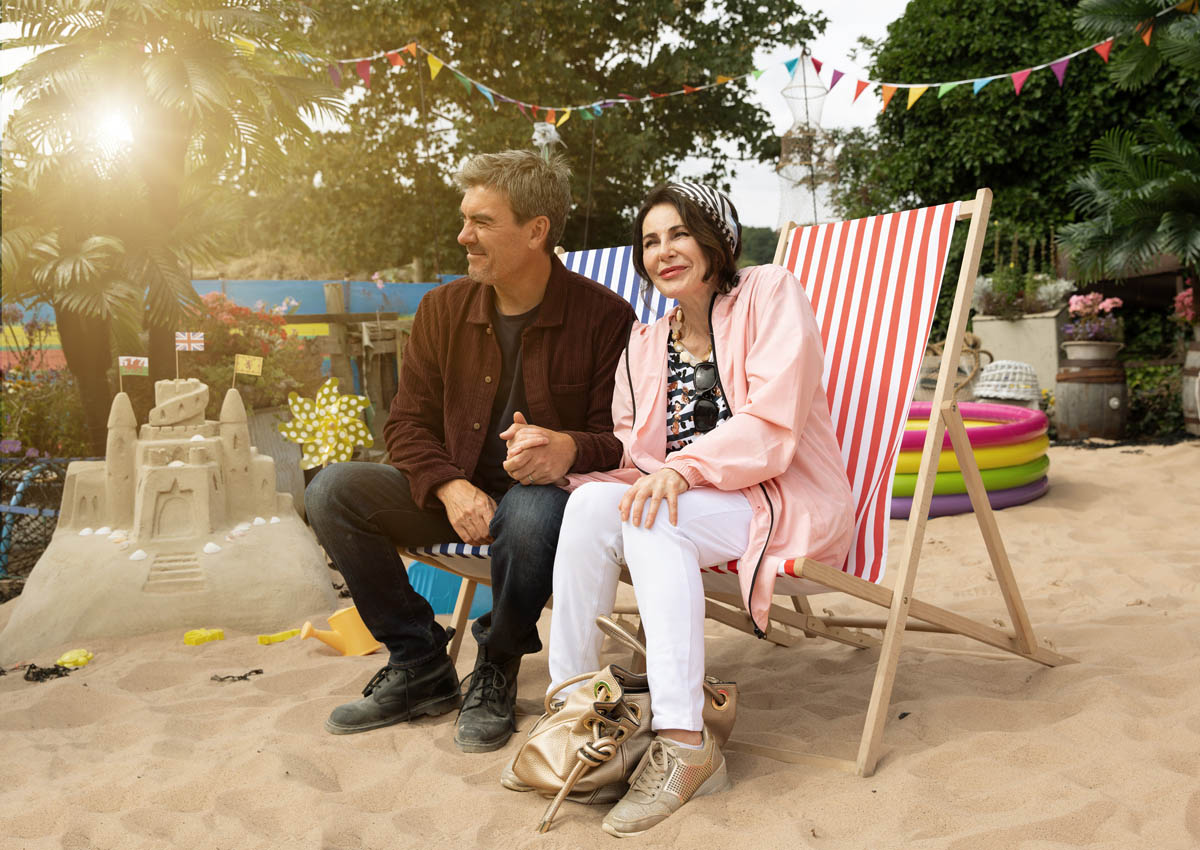 Of the decision to head to the beach, Sally added: “Faith is/was a great lover of life! Before taking her leave of it, she wants to celebrate it with all the people she loves and she decides that replicating a truly happy holiday at the seaside when Cain and Chas were children would be the perfect way to do it!

“But Faith has another fall and ‘the children’ realise she’s too weak to travel. So with typical Dingle ingenuity, they decide to bring the seaside to her. Faith [realises] she couldn’t be happier, and she determines to carry out her plan the very next day. To go out on a high!”

Emmerdale usually airs Monday–Friday at 7:30pm on ITV, with episodes available to stream on the ITV Hub.

Here’s the full spoilers for this week’s Emmerdale:

Tracey tries to talk but things get in the way. Will makes matters worse with Harriet. A conversation with Aaron gives Faith an idea.

Cain is exasperated by Faith’s plan. Tracy needs to make a decision. Laurel spells things out to Nicola.

The seaside comes to Emmerdale. Liv and Vinny make plans. Rhona is surprised to learn about a crush.

Faith makes preparations. Chas is blissfully unaware of the tragic events occurring back at home. The penny drops for Moira.

Battle lines are drawn on the eve of the big wedding. Aaron has a realisation. There’s anticipation for Liv and Vinny.