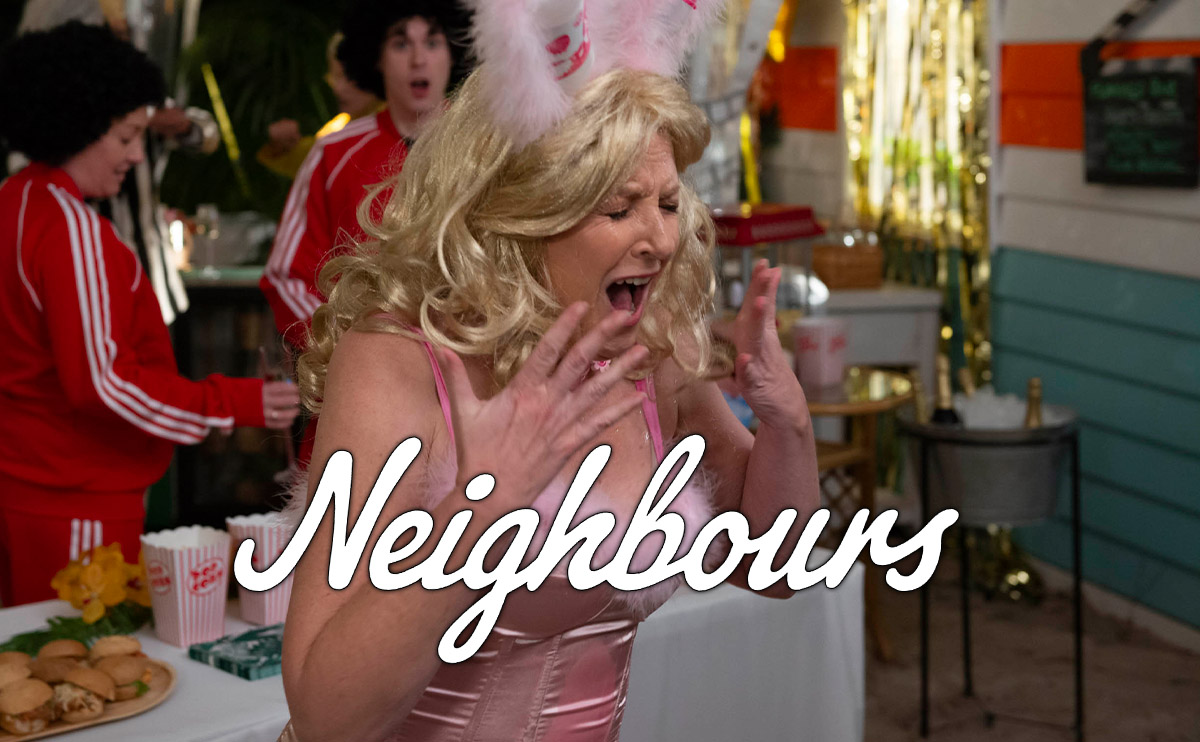 Coming up on next week’s Neighbours in the UK, Jane’s grief gets the better of her and Melanie becomes an innocent victim in Toadie and Rose’s prank war.

These episodes will air from Monday 13th September.

The long awaited and much anticipated Shorts & Briefs film festival is upon the residents on Ramsay Street this week and it seems that the drama is not contained to the short films. 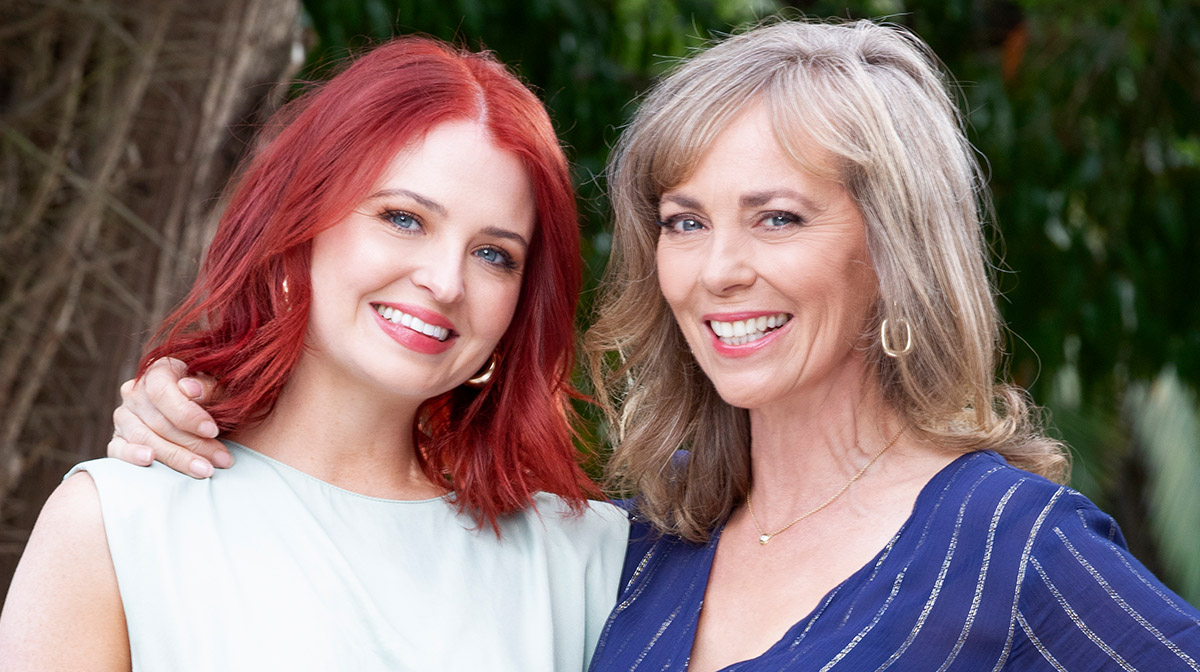 Poor Jane (Annie Jones) continues to struggle in the wake of Nicolette’s (Charlotte Chimes) disappearance. Now under the belief that she is in the United States, Jane has all but given up hope on seeing her daughter again.

Next week, fearful for her mental health, her boyfriend Clive (Geoff Paine) gets in contact with Erinsborough High principal Susan (Jackie Woodburne) and suggests that the struggling mother could do with another week off from school.

When she’s contacted by Susan, Jane is hurt to hear that her boyfriend has gone behind her back, but all Clive wants is the best for her. 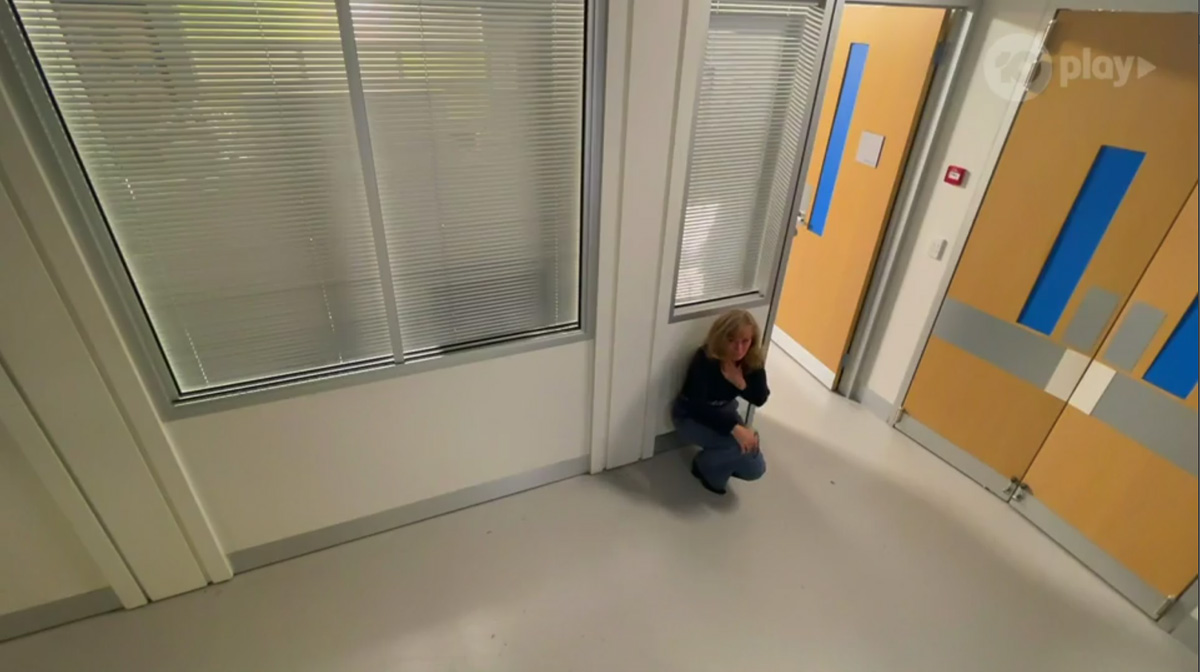 Promising that she is fine, and perhaps even in a show of defiance, Jane decides to go to work. However, when it all becomes too much, she has a momentary breakdown in the corridor. When she looks up, struggling to hold back tears, she notices a camera that Hendrix (Benny Turland) has placed to capture footage for his film festival project.

When she confronts him, he’s blasé about it. He received all the necessary permissions and has done nothing wrong. However, later the pair have another run in and this time, Jane isn’t taking Hendrix’s excuses. 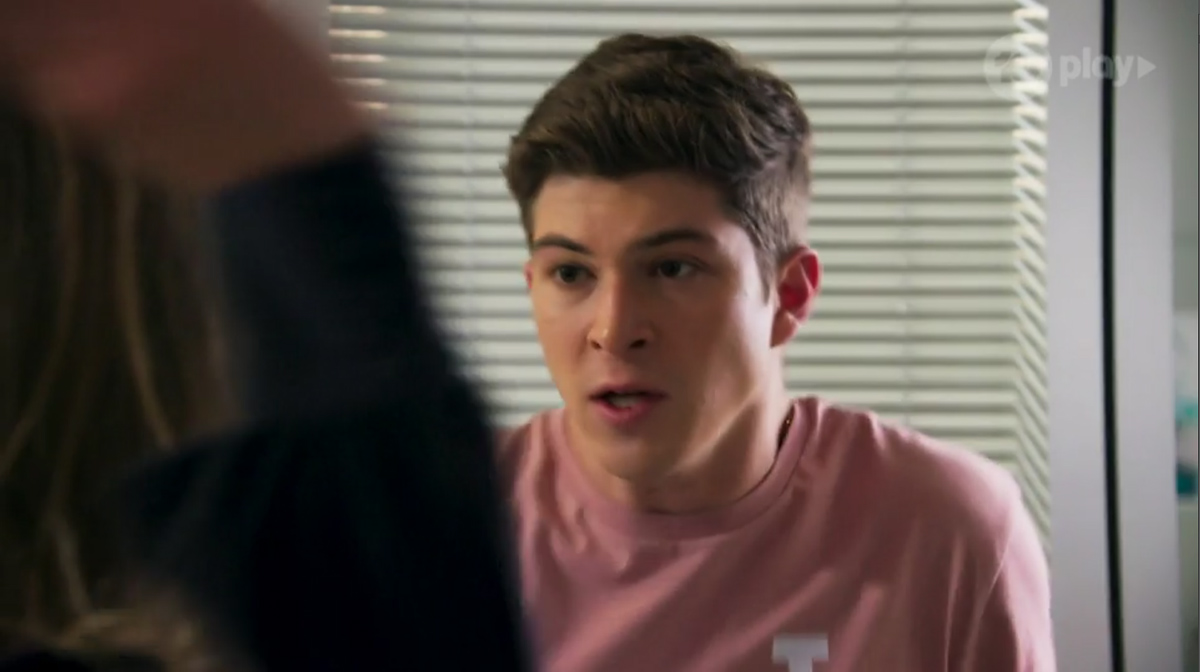 “I shouldn’t have to mangle my film because your stress leave didn’t work,” he says to his teacher.

In a moment of anger, Jane draws her hand back preparing to slap the Year 13 student. It takes both teacher and student by surprise, and it’s only when Hendrix jerks back and cowers that Jane realises exactly what she has done.

After parting ways, Jane stews over her actions, but realises that she must do the right thing. Organising a meeting with Susan, Jane prepares to reveal all. Right at the moment she’s about to blurt out the truth, Hendrix comes barrelling in, assuring Susan that Jane did nothing to him.

Jane is shocked. Will Hendrix’s admission result in Jane keeping her mouth shut? Or will she admit that she almost assaulted a student?

Later in the week, when the festival does kick off, there are a lot of happy, smiling faces around. The great atmosphere is only outdone by the even better costumes. 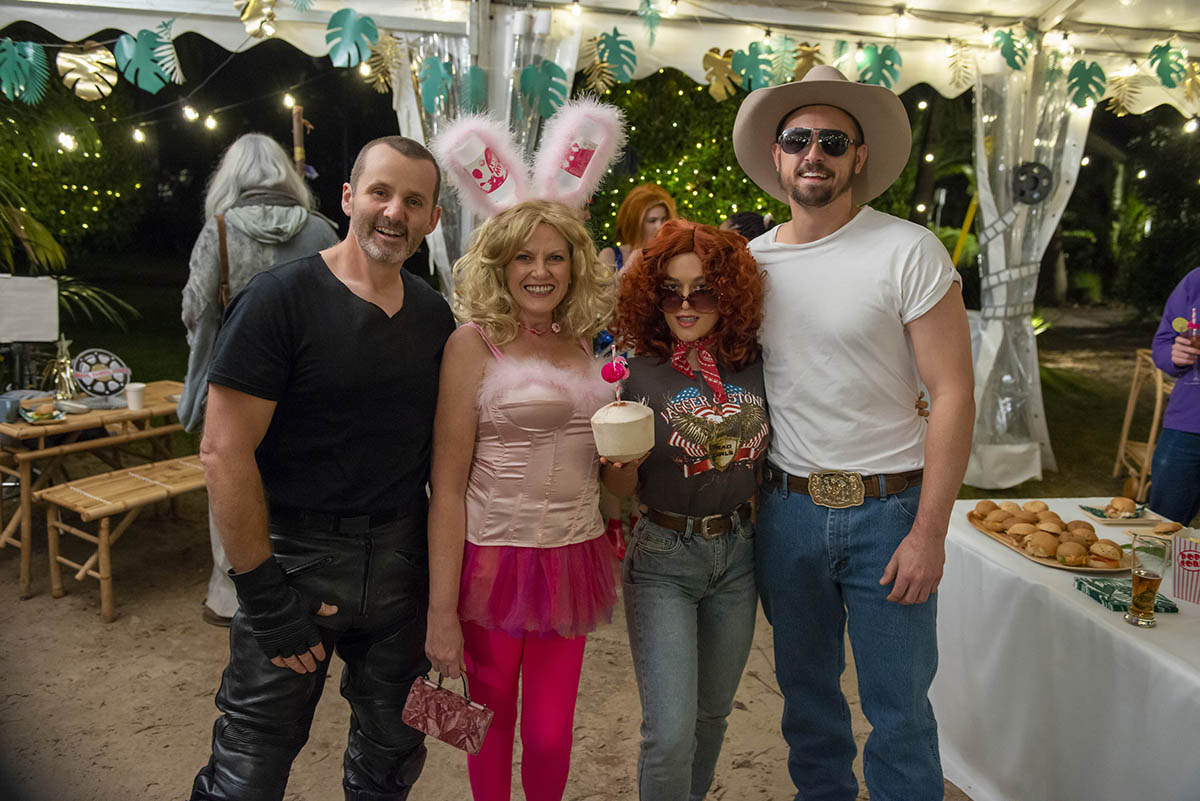 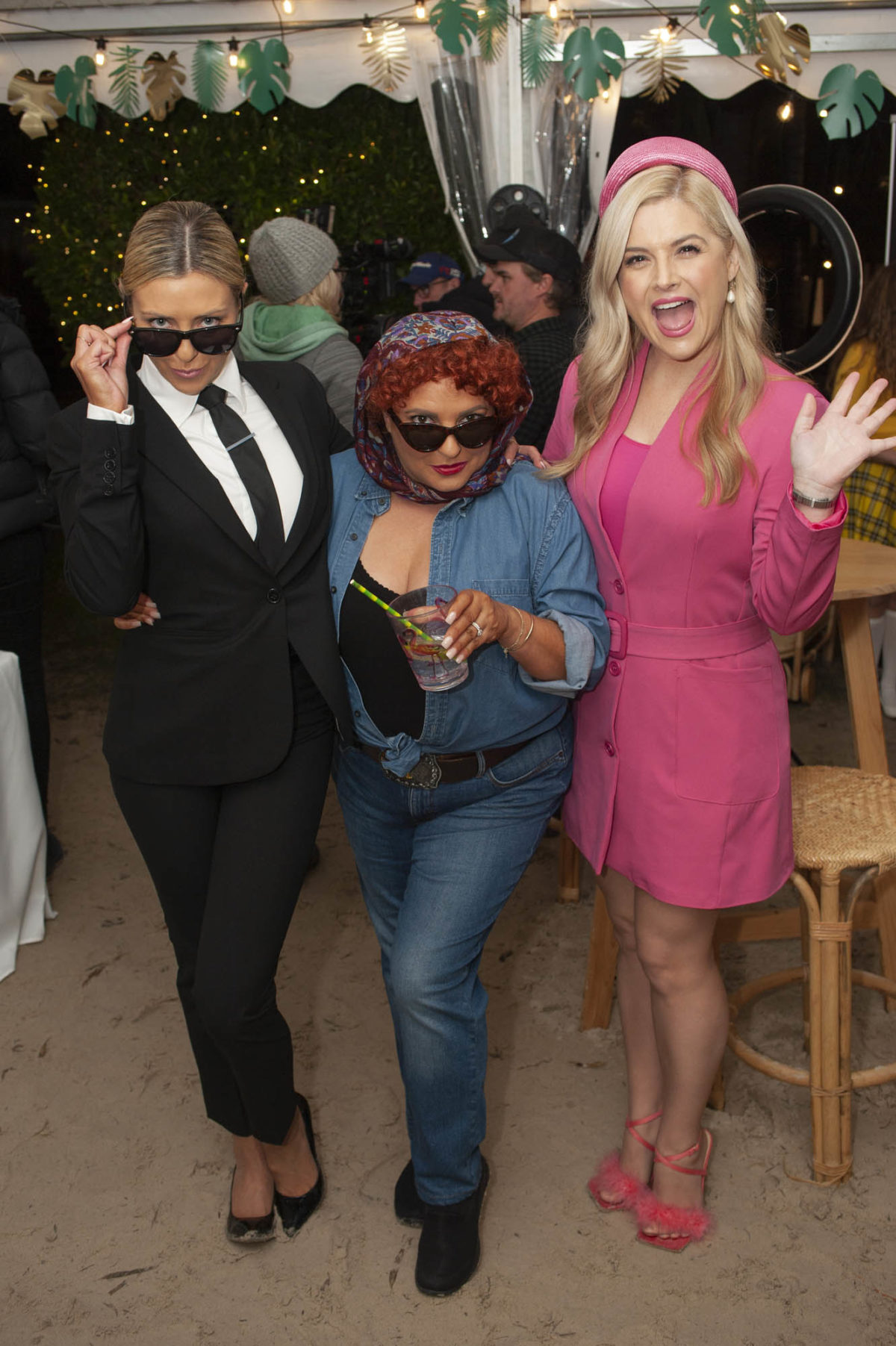 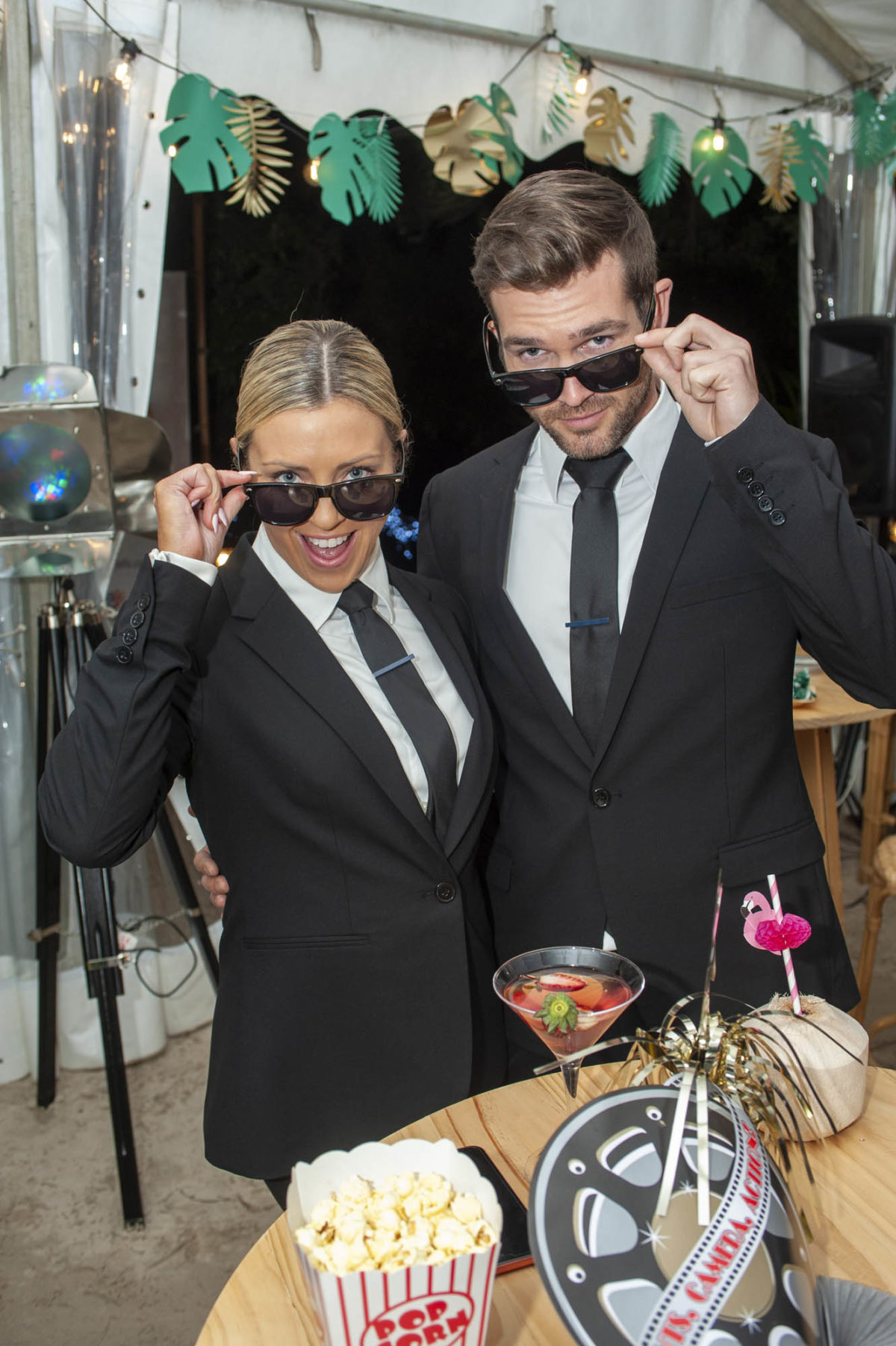 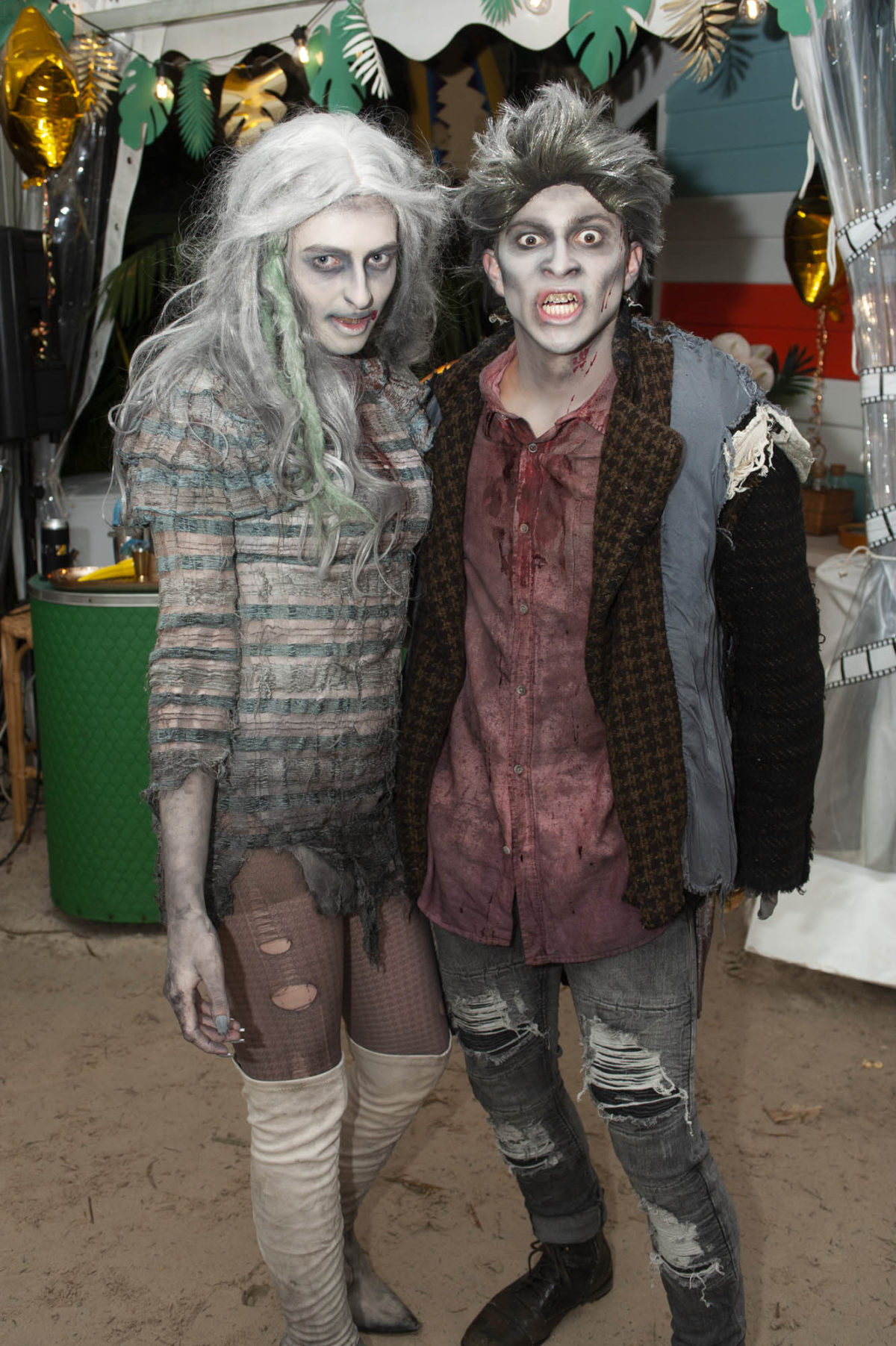 …Mackenzie (Georgie Stone) and Hendrix are zombies, with Karl (Alan Fletcher) as Jackson Maine from A Star is Born.

Everyone is dressed to the nines, except for Melanie (Lucinda Cowden), who arrives at No. 28 before the festival.

Confiding in Hendrix and Mackenzie, she reveals that she scrambled all afternoon, going to three different costume shops and was unable to find any Elle Woods costumes. Legally Blonde is Toadie’s favourite movie, after all, and she wants to impress him after their recent turbulance!

Desperate for a costume, Melanie is grateful when Mackenzie’s suggestion of using Nell’s (Scarlett Anderson) to create something pays off.

Remembering that Toadie’s favourite scene is when Elle dresses up as a playboy bunny, Melanie takes a leap of faith and creates a costume that Reese Witherspoon herself would be proud of. 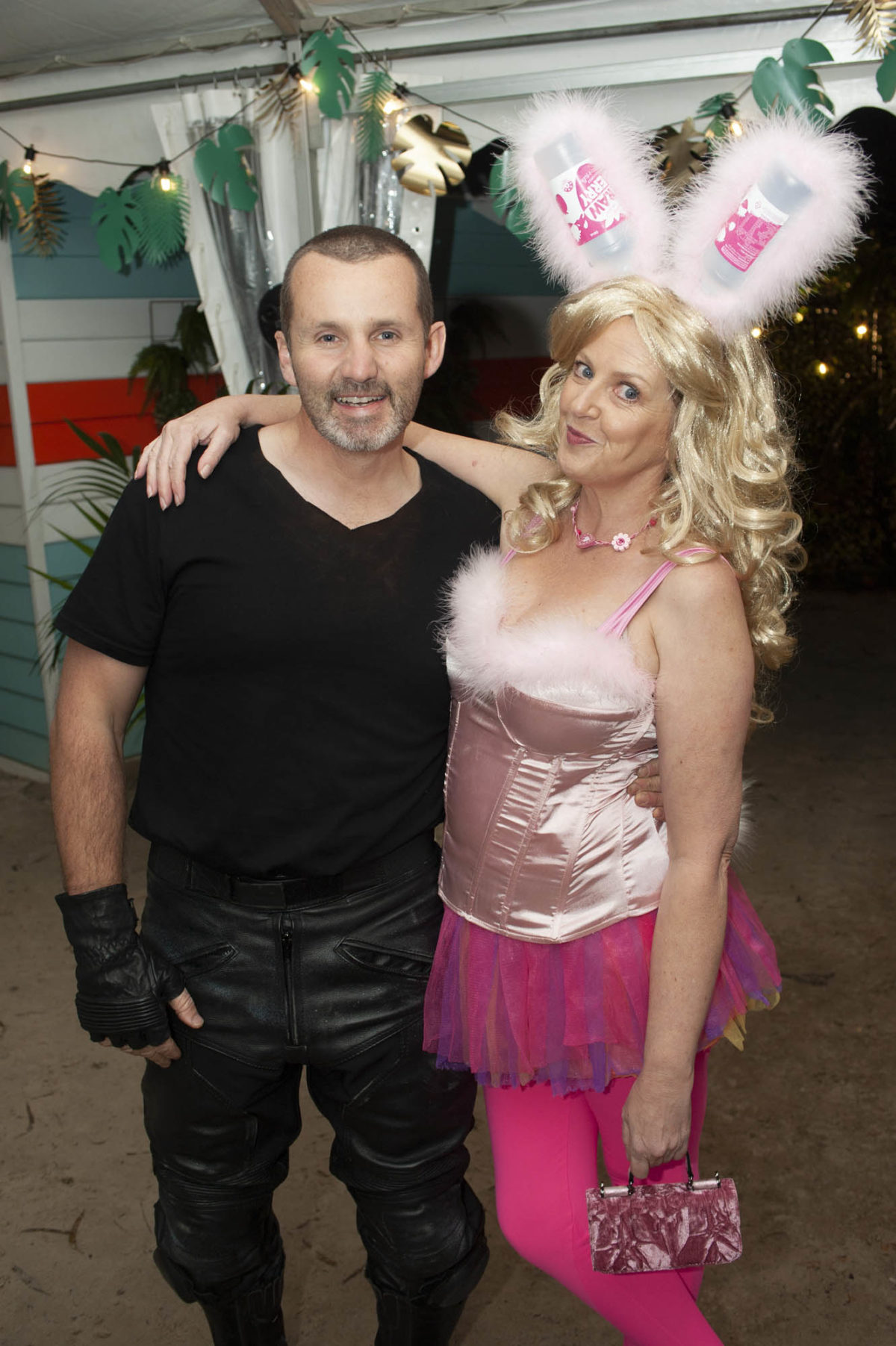 When he arrives at the launch, Toadie can’t believe his eyes. But Melanie is the one who is more surprised when she realises that the reason all the Elle costumes were gone is because of Rose (Lucy Durack)!

Looking her love rival up and down, Melanie realises that Rose has also come to the launch as Elle, donning her trademark hot pink blazer and pin skirt.

It’s a blow that Melanie didn’t need. She’s already in a fragile state about her relationship. Now, with Rose back in the picture, it seems that there’s no chance of competing.

Later in the night, Toadie ignites a prank war with Rose, and it culminates in a massive crescendo. Having put her hand in Toadie’s shaving-cream-filled pocket, and Toadie drinking Rose’s lemon juice cocktail, Rose takes a big gulp from her drink. 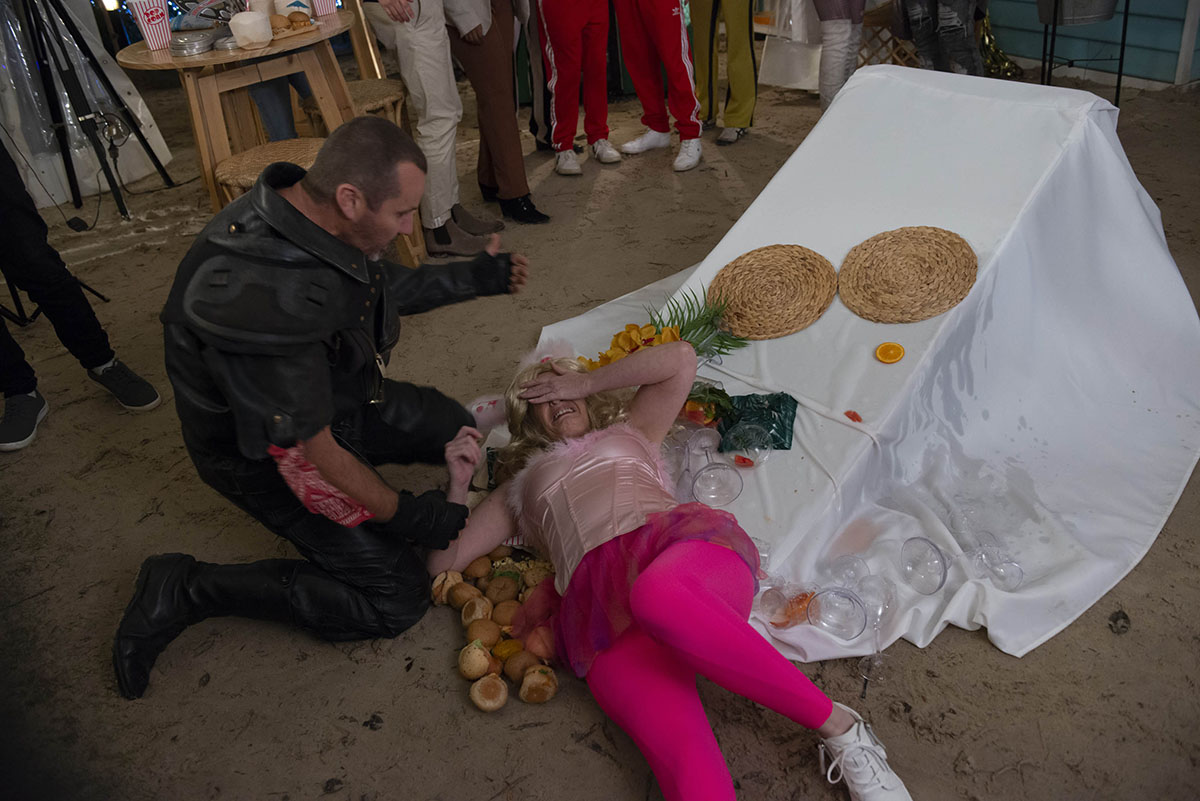 Unbeknownst to her, he’s put chilli in it. In a split second reaction, Rose spits the drink out, which goes straight into Melanie’s eyes. The playboy bunny, her eyes stinging, struggles to see and falls backwards onto a table, whacking her head in the process.

The debacle is enough to end the launch, but will it end Toadie and Rose’s growing connection?

And will Melanie be okay?

Levi is stunned his conservative mother Evelyn has turned up, telling Amy he’ll have to push the pause button on their open relationship while she’s in town.