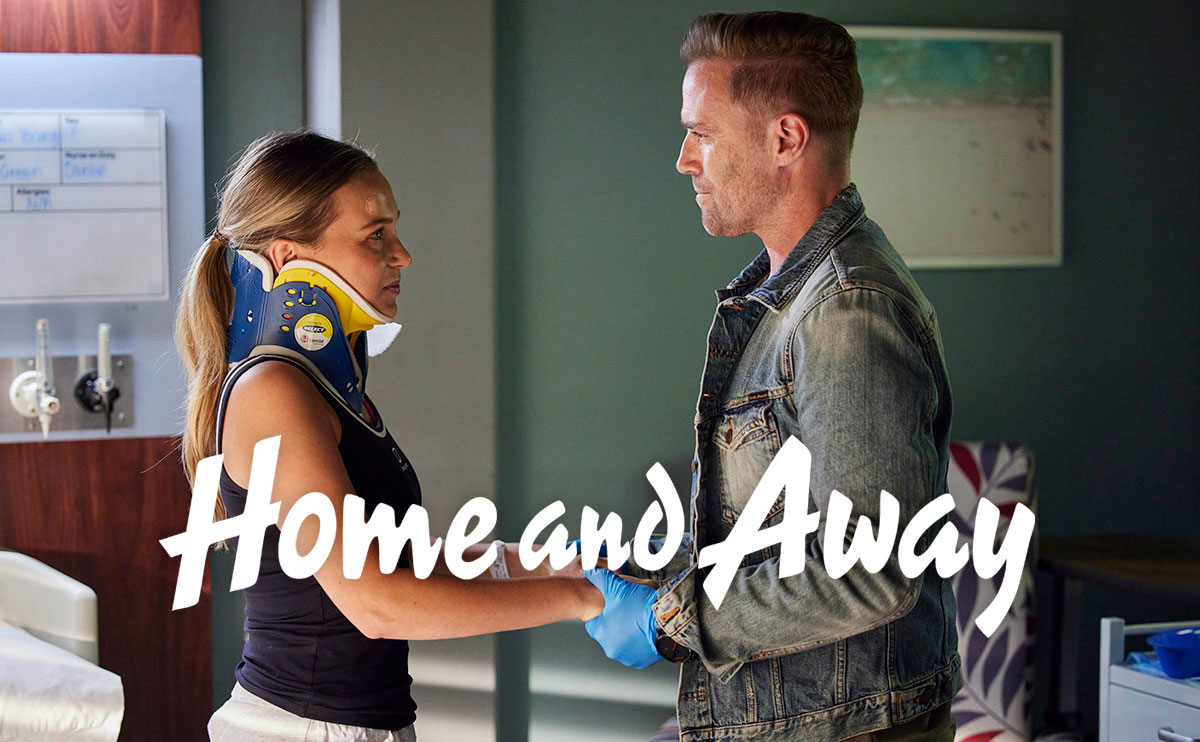 On next week’s Home and Away in the UK, it’s a moment Christian never expected – the patient he was brought back to save ends up in yet another accident, and this time there’s nothing he can do to save her. 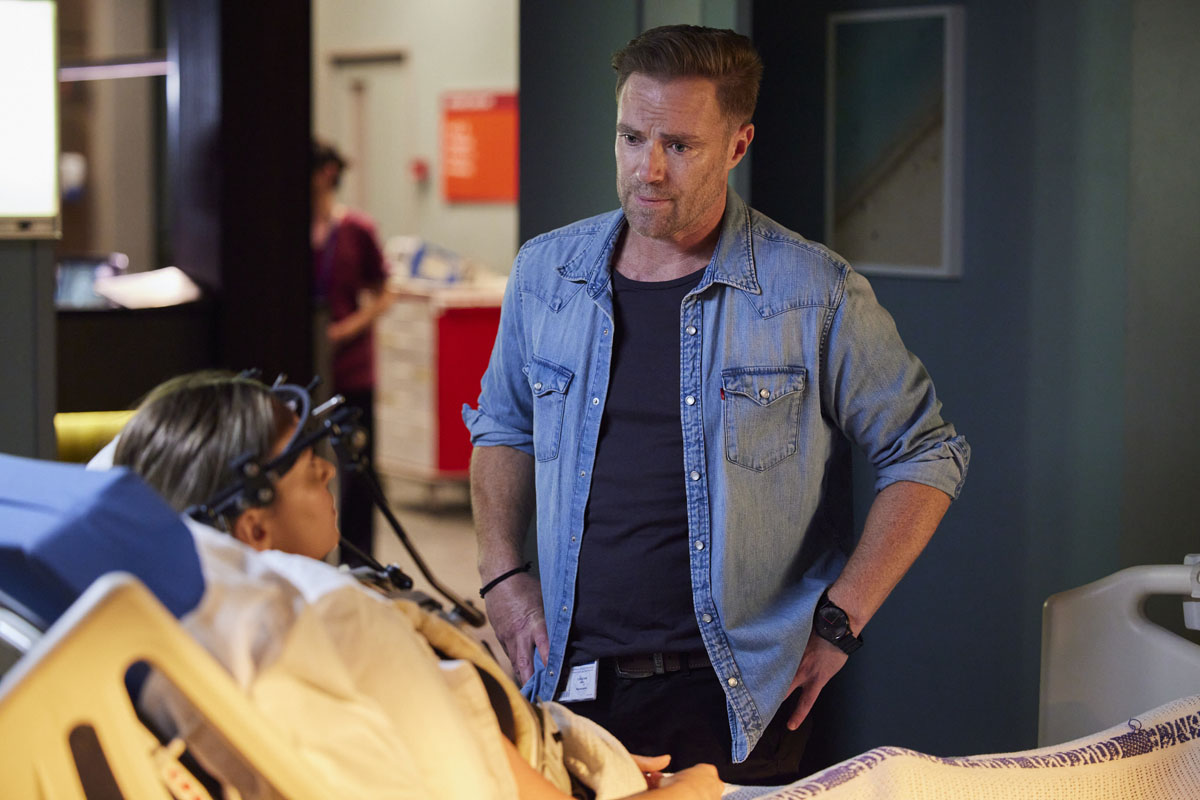 Christian Green (Ditch Davey) arrived in Summer Bay in the autumn of 2020 as the confident, perhaps even cocky, neurosurgeon dealing with Justin’s case. He soon became a firm fixture in the bay when he struck up a relationship with Tori Morgan (Penny McNamee), and it wasn’t long before he made a permanent move to Northern Districts Hospital.

Christian proposed in February of this year, and it seemed that Tori was finally going to get the family she had always dreamed of. Apart from his near-death experience at the hands of Lewis, it was relative plain sailing for the loved up pair… that is, until the week of their wedding. 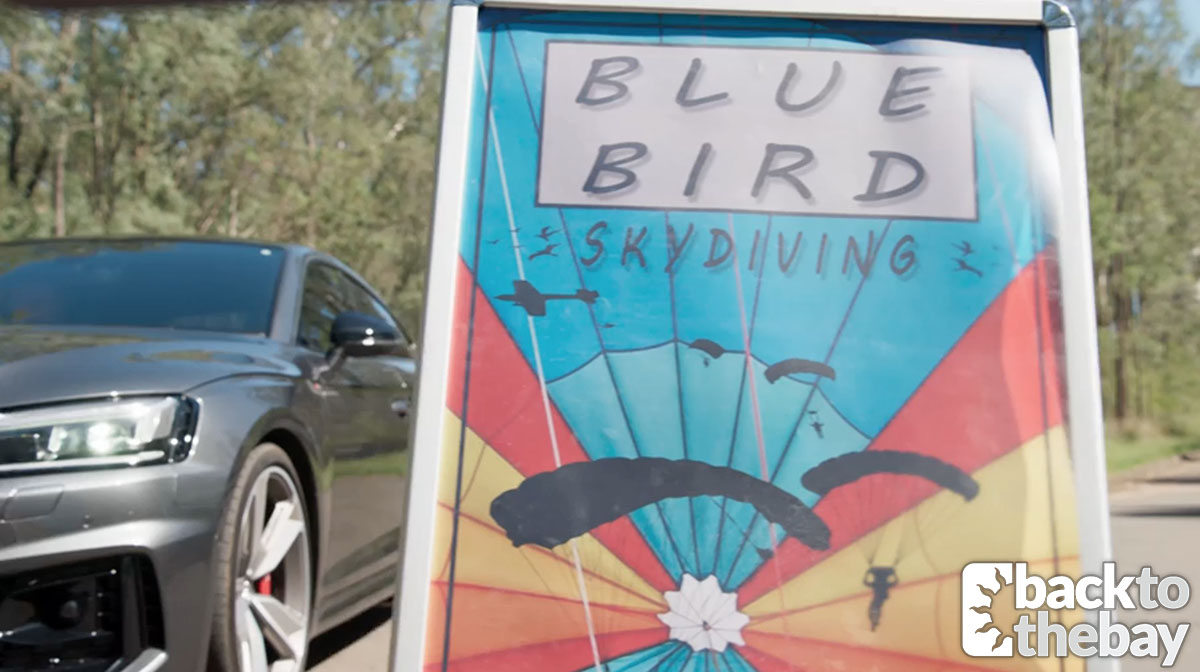 Searching for an adrenaline rush, Christian found himself at the skydiving centre, where his path crossed with Rachel Young (Marny Kennedy). She landed badly after a solo parachute jump, and Christian’s presence at the jump site saved her life. 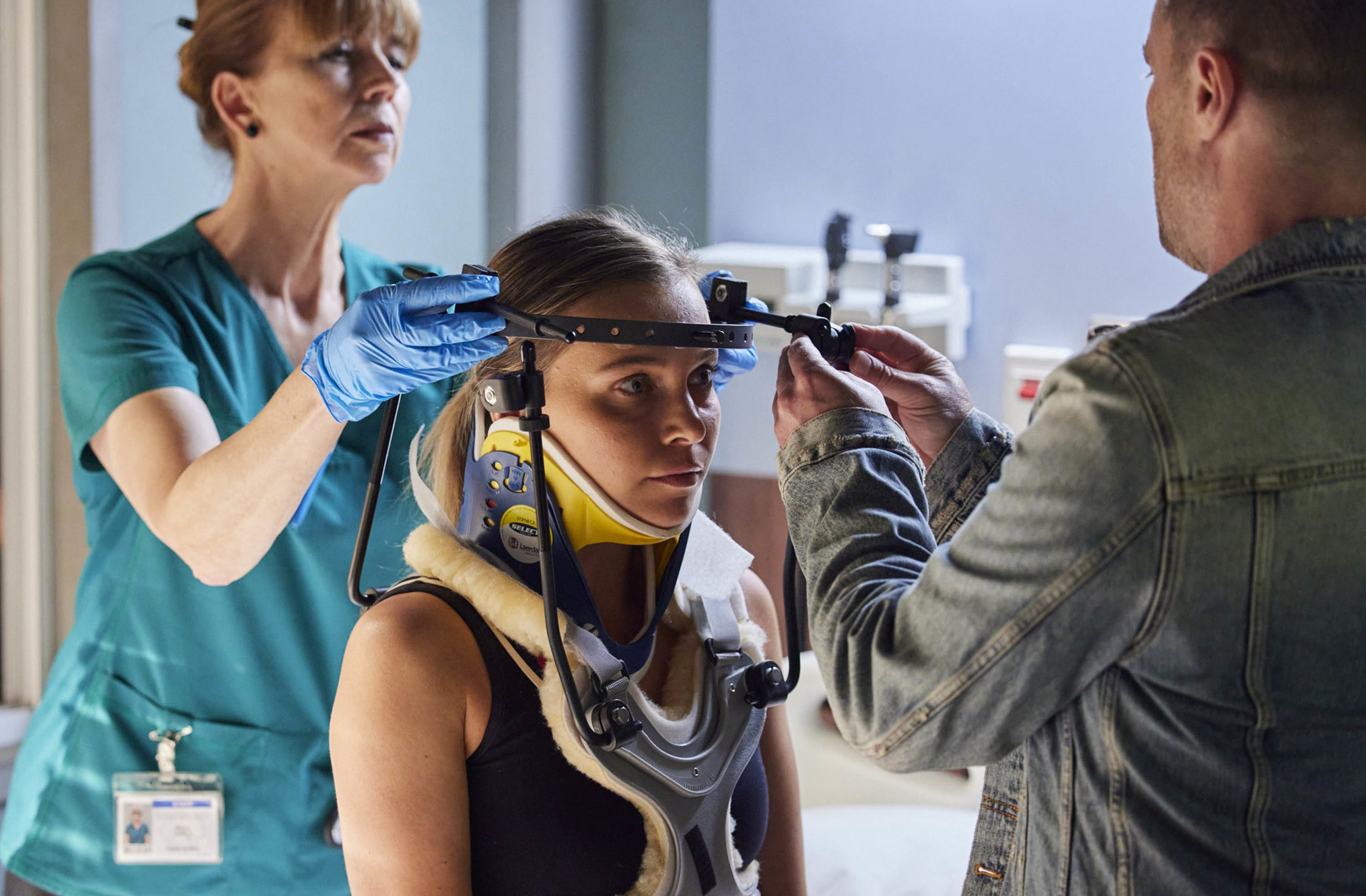 Now, it’s time for Rachel to be discharged from hospital.

Last week, she seemed almost disappointed by the news that she could return to her old life, as it meant that she would no longer get to spend her days with Christian.

She has fallen for him hard, and he’s been her first romantic interest since her marriage broke down. She thought that he felt the same, and he definitely gave off signals that her romantic feelings were reciprocal. 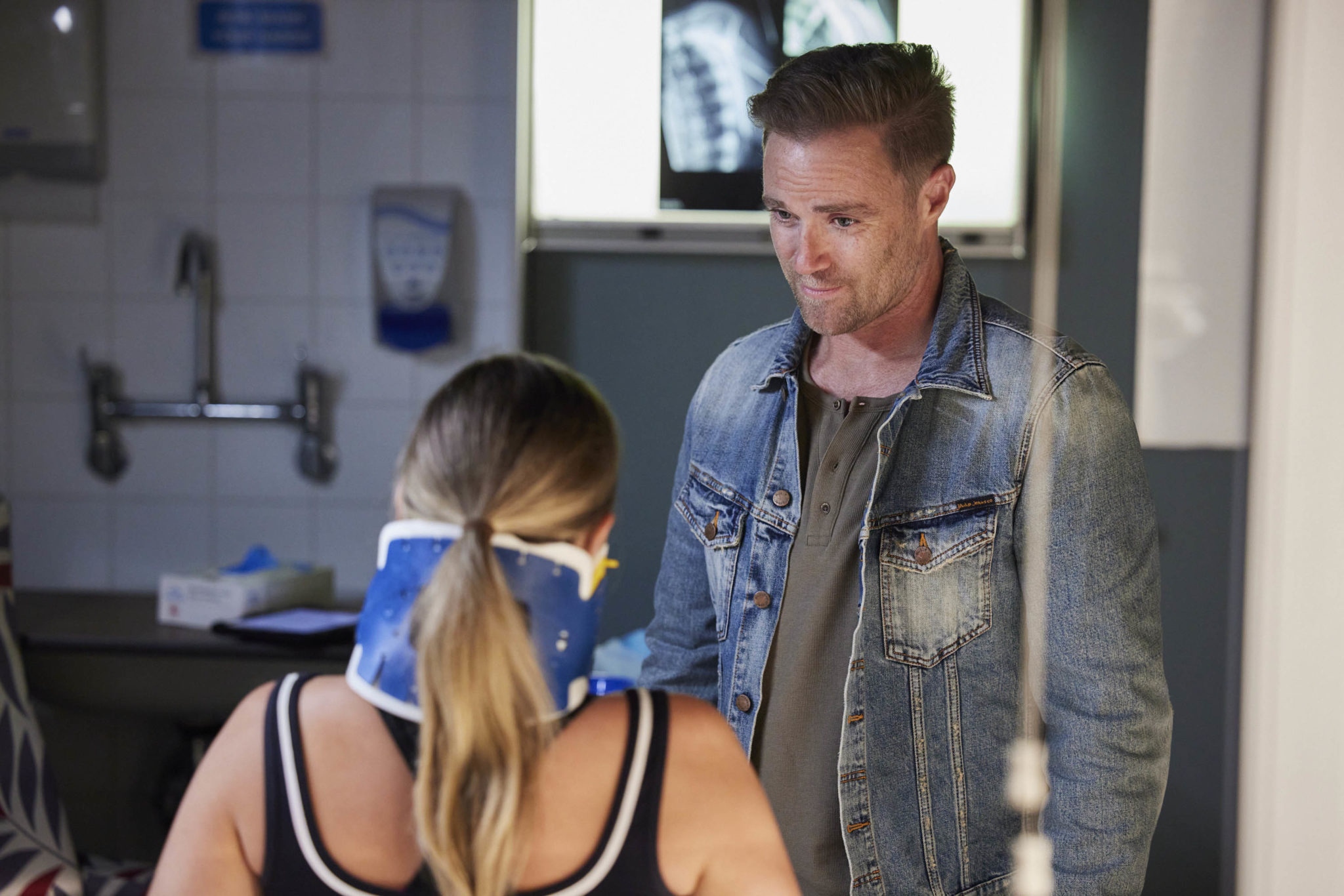 However, when she placed her hand on his late last week, he realised that he’d led her on and was forced to let her down gently. His engagement to Tori may be off, but he was only ever interested in her as a friend and as a patient. 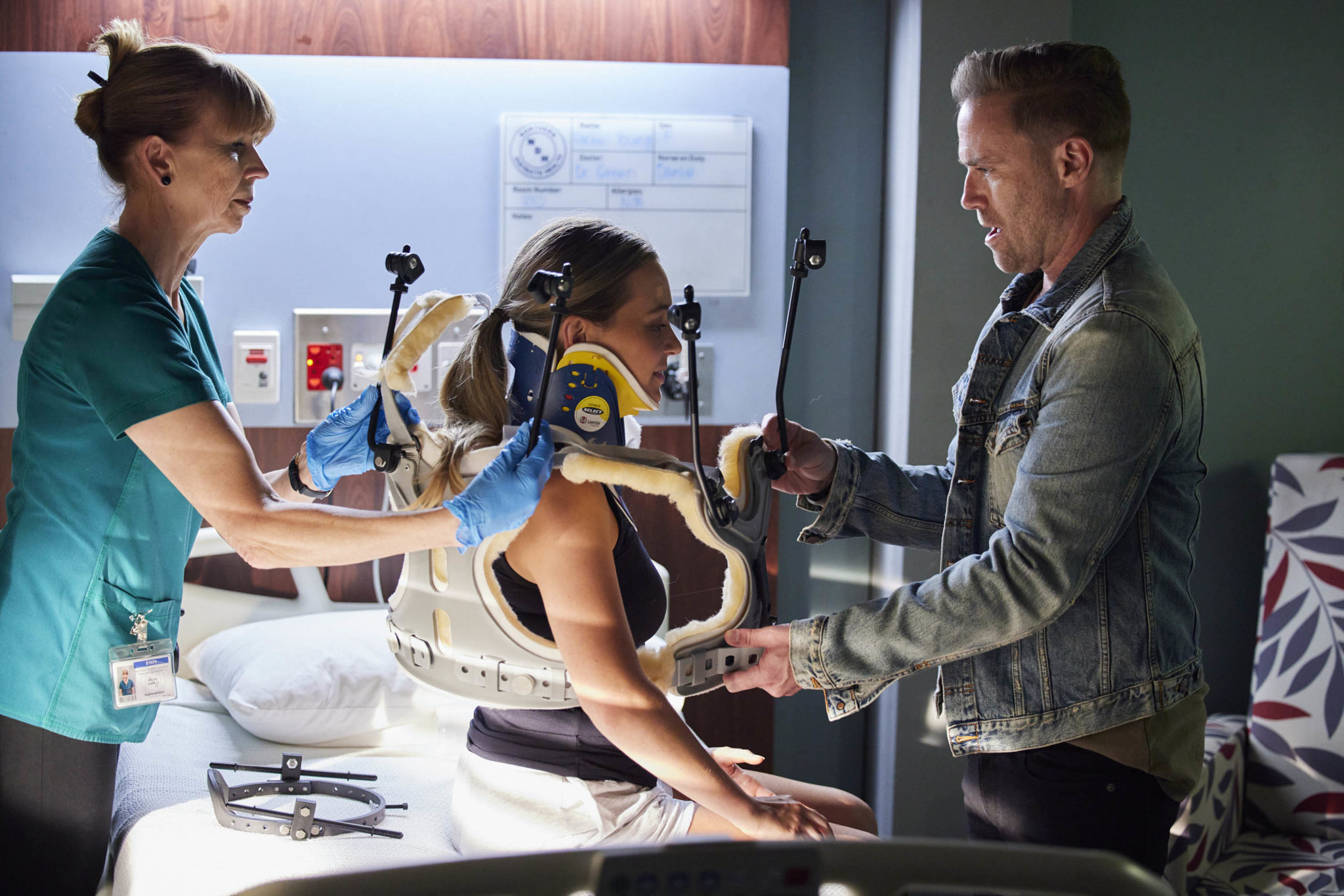 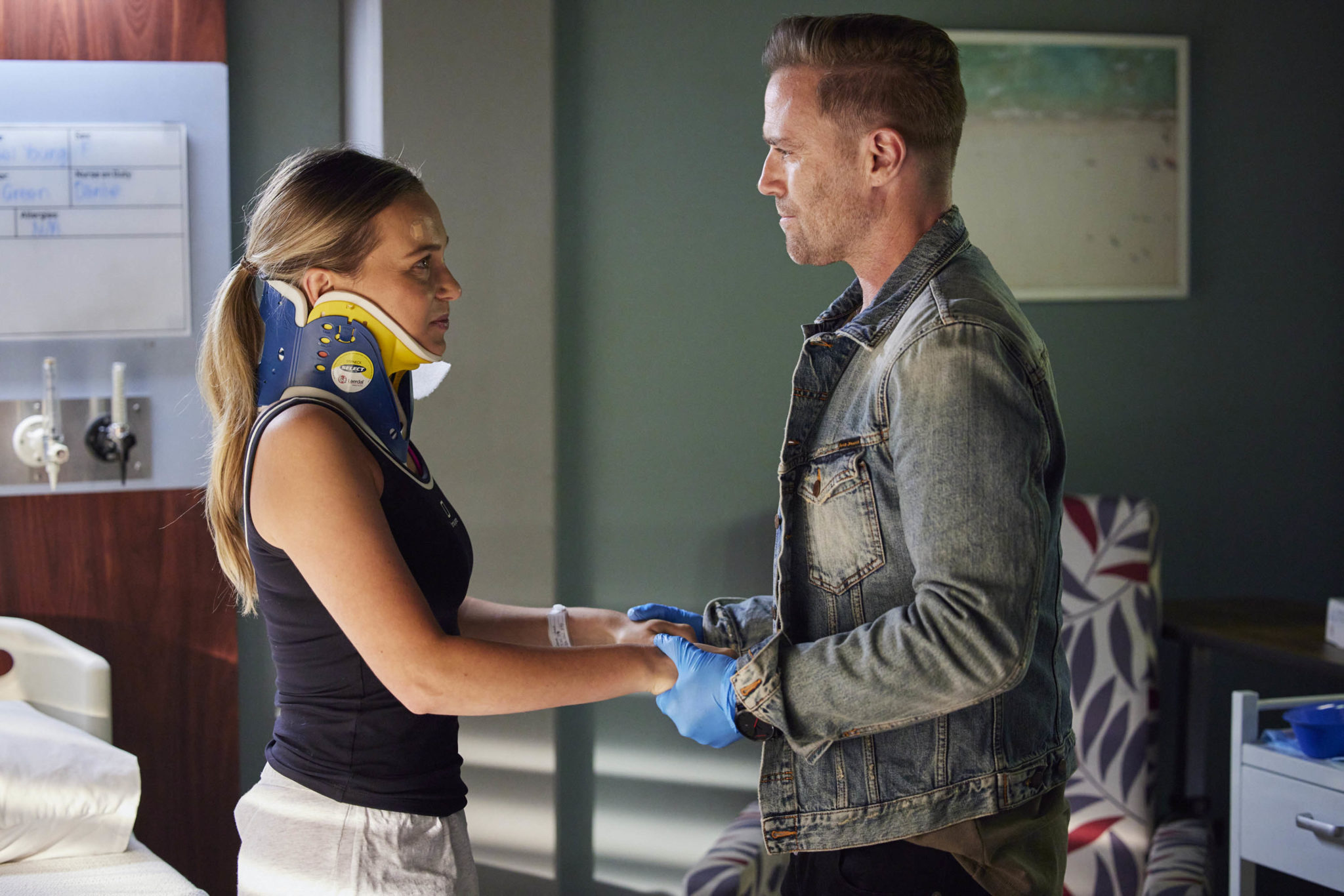 Next week, Rachel finally gets her halo brace off, and, after months of recovery, she’s finally a free woman. She gives her doctor a final farewell, assuring him that “don’t worry, I know where the boundaries are. I’ve made a really good friend.” 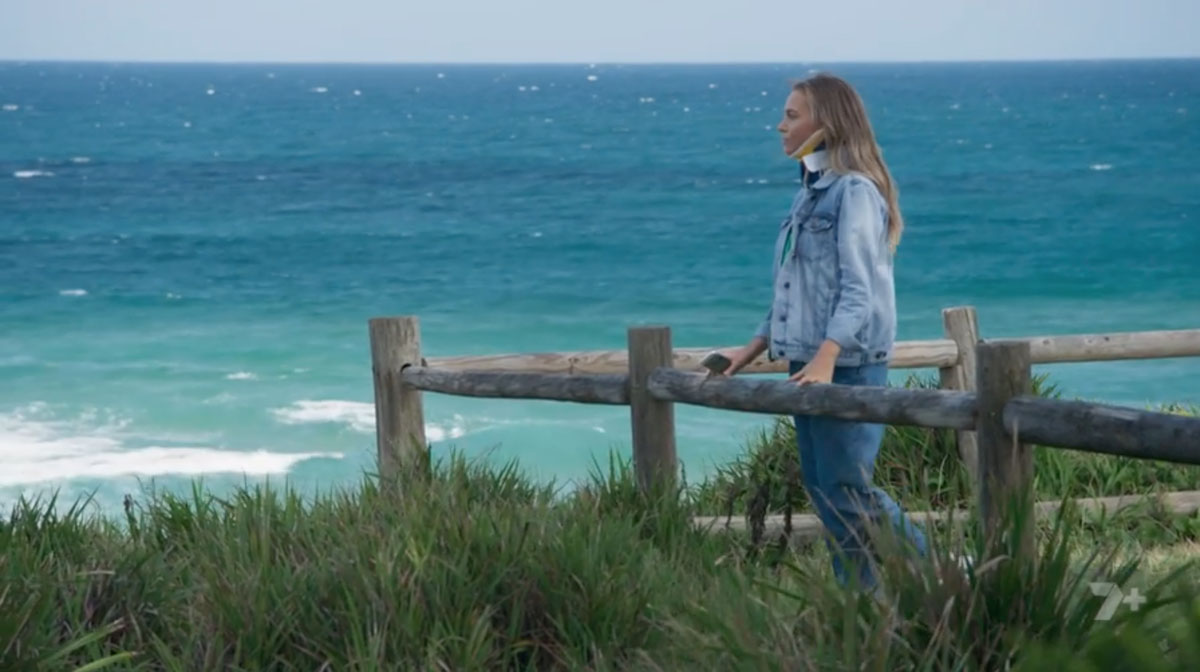 Her past few months have been spent between Northern Districts Hospital and the beach at Summer Bay, and she decides to pay the town one last visit before she says goodbye for good.

While there, reminiscing over the many walks she and Christian had during her recovery, she sends her doctor and romantic interest one final text. 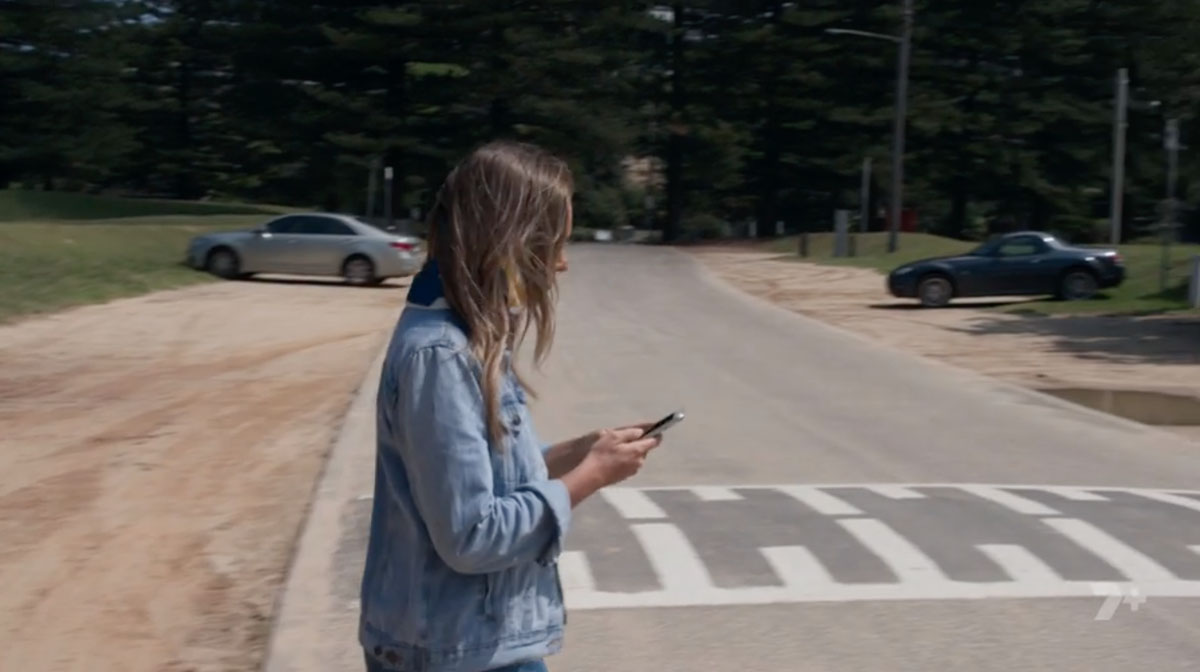 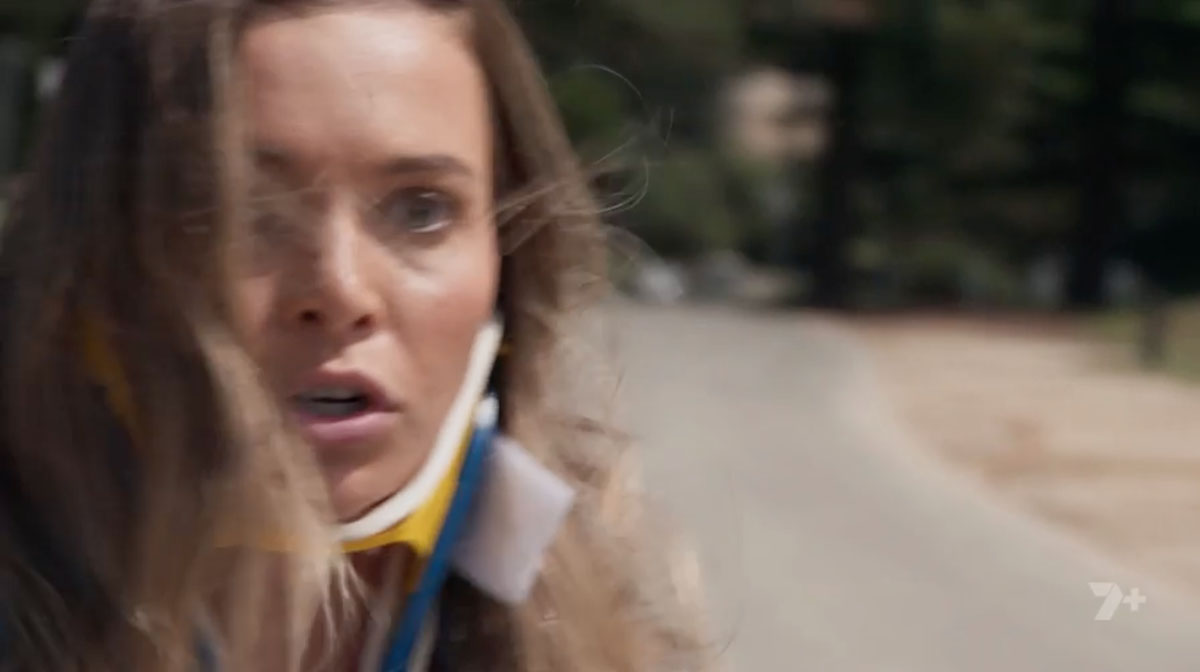 It’s then that disaster strikes. Phone in hand and not looking where she’s going, she wanders into the road, where she’s struck by a car!

Christian is in complete shock when Rachel is rushed into the Emergency Department soon after. She’s unresponsive after the hit and run and things aren’t looking good. 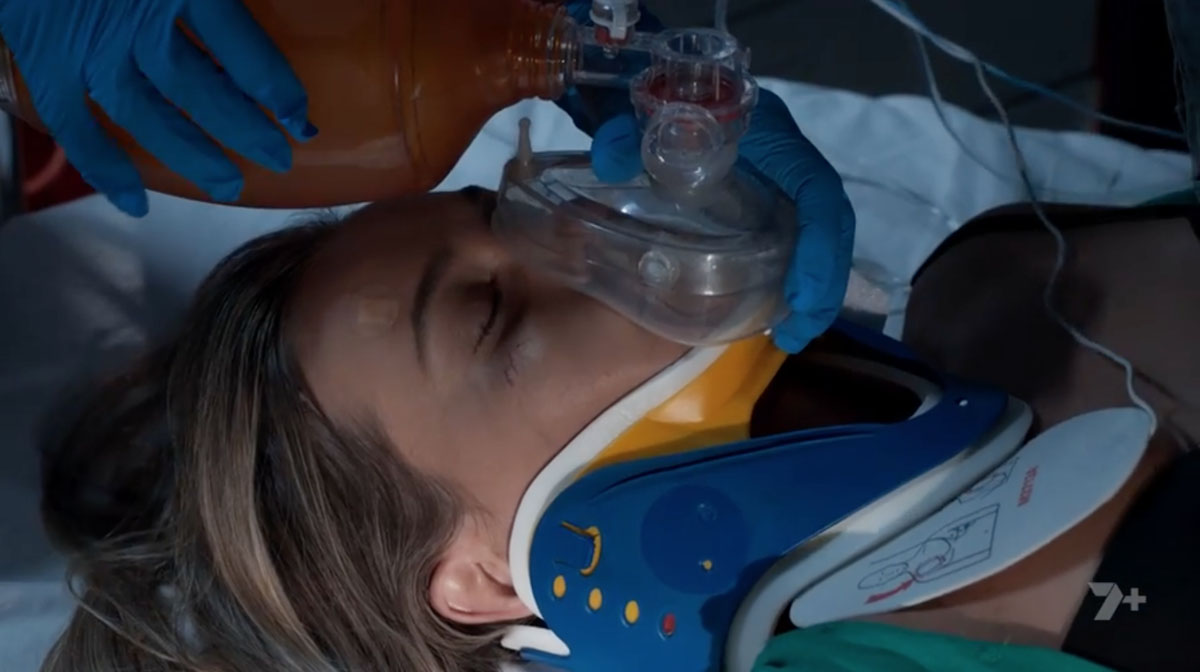 He panics as he tries to save her life for a second time, pushing the nurses out of the way to begin performing CPR. Devastatingly, on this occasion it’s not to be. Tori is forced to pull her former fiancé away as he continues trying to perform compressions on Rachel long after her heart has stopped. 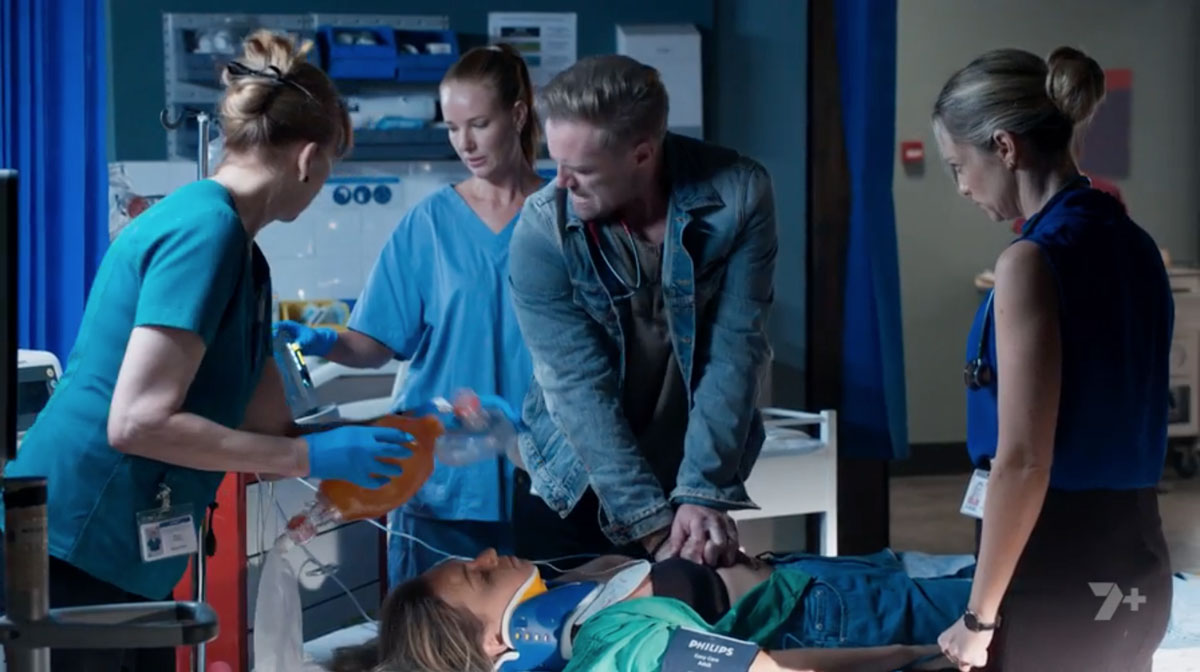 “Christian, she’s gone, you need to step away.

He’s left a broken man – he believed he was brought back from the brink of death so that he could save Rachel, and now just months later, he couldn’t stop her from dying. 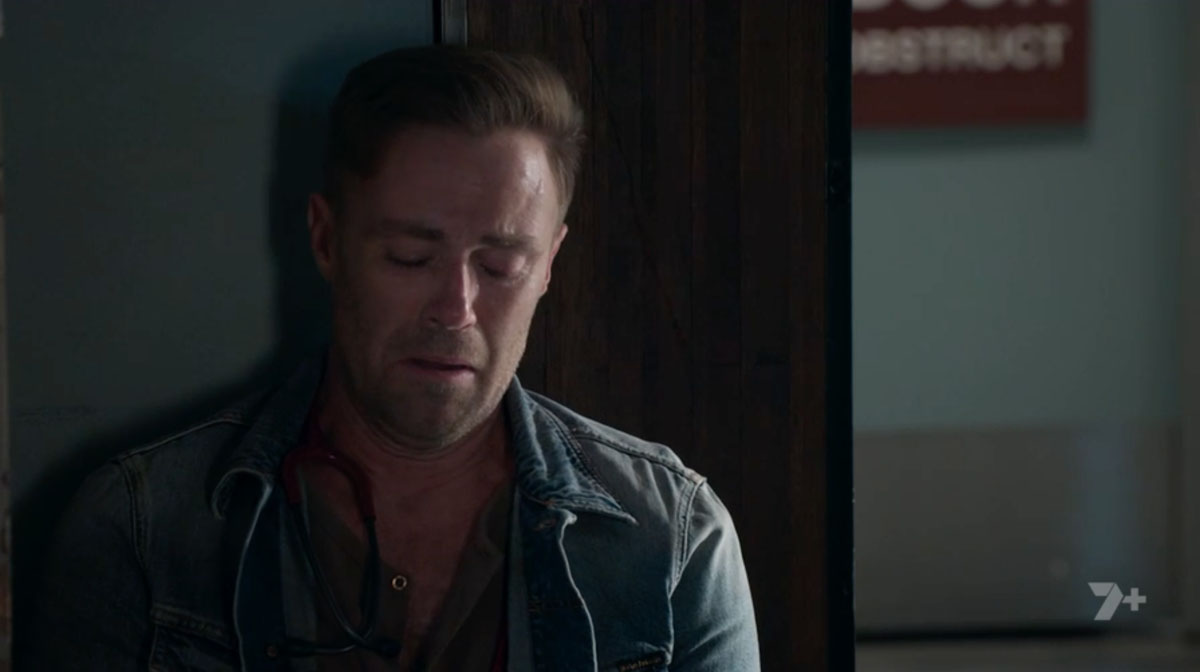 In the days to come, he struggles to come to terms with the loss.

His encounter with Lewis earlier this year left him searching for meaning in life, for an explanation as to why he survived. He wanted to live life to the fullest and shocked Tori by skinny dipping, taking a spontaneous opportunity to go skydiving, and racing his car through the country roads in a very un-Christian-like fashion. 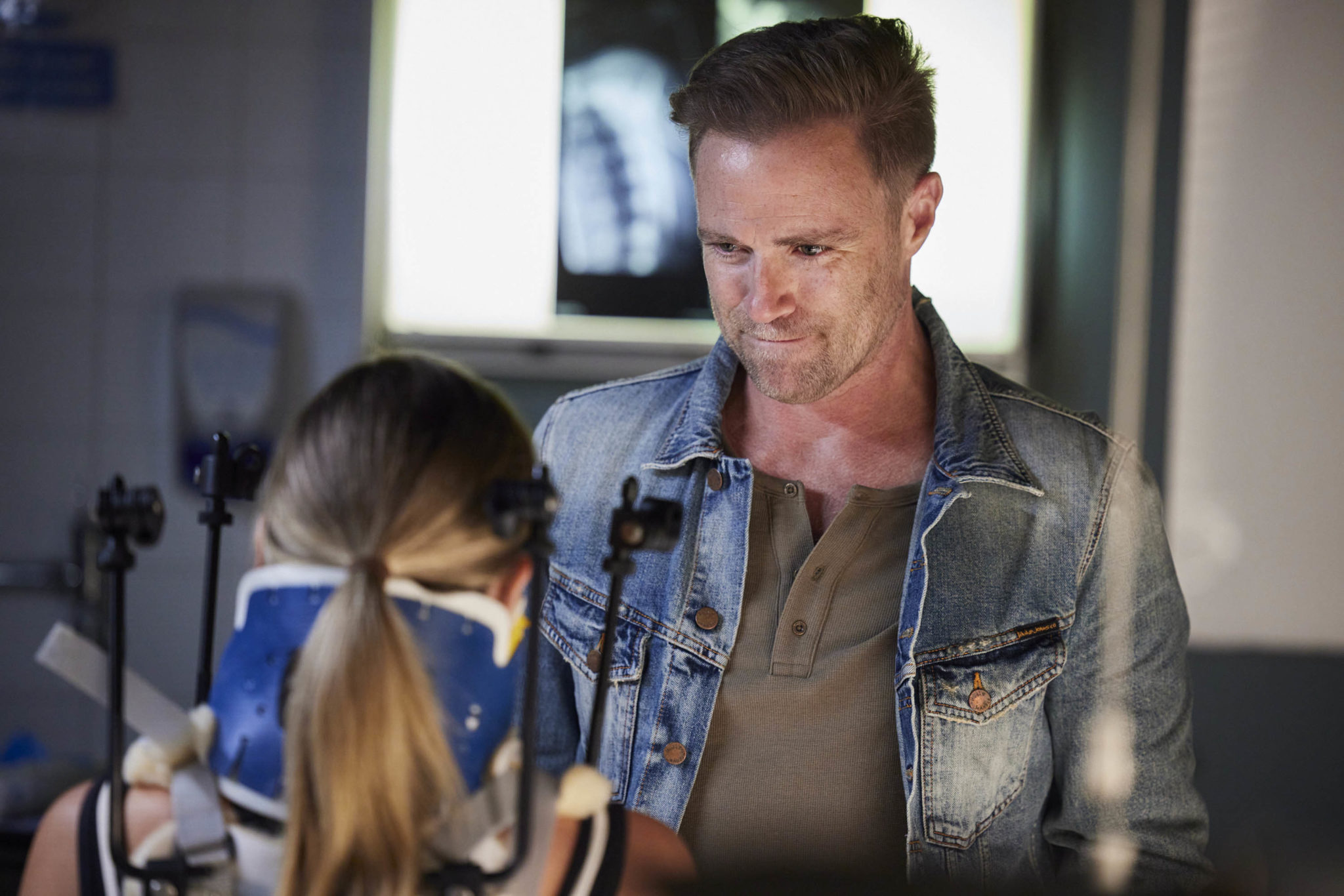 Rachel finally provided him with a focus. Without her, he comes to the realisation that he wasn’t brought back by a higher power. There was no “reason” for him surviving, it was simply the randomness of life.

Last week, Christian made the first strides to try to repair his fractured relationship with Tori. At that point, she wanted nothing to do with him and was too busy dealing with the influx of patients after the explosion which rocked the bay. However, next week, she can no longer keep pushing Christian away as he deals with the grief of losing such a significant patient.

She may have never understood his obsession with Rachel’s care, or his other-worldy search for answers, but she still loves him and hates to see him in pain.

The pair walk together, talking openly about things for the first time in months. He confesses that he honestly believed he had been at the skydiving centre to save Rachel’s life, but now he realises that “there is no reason. Life is random.” 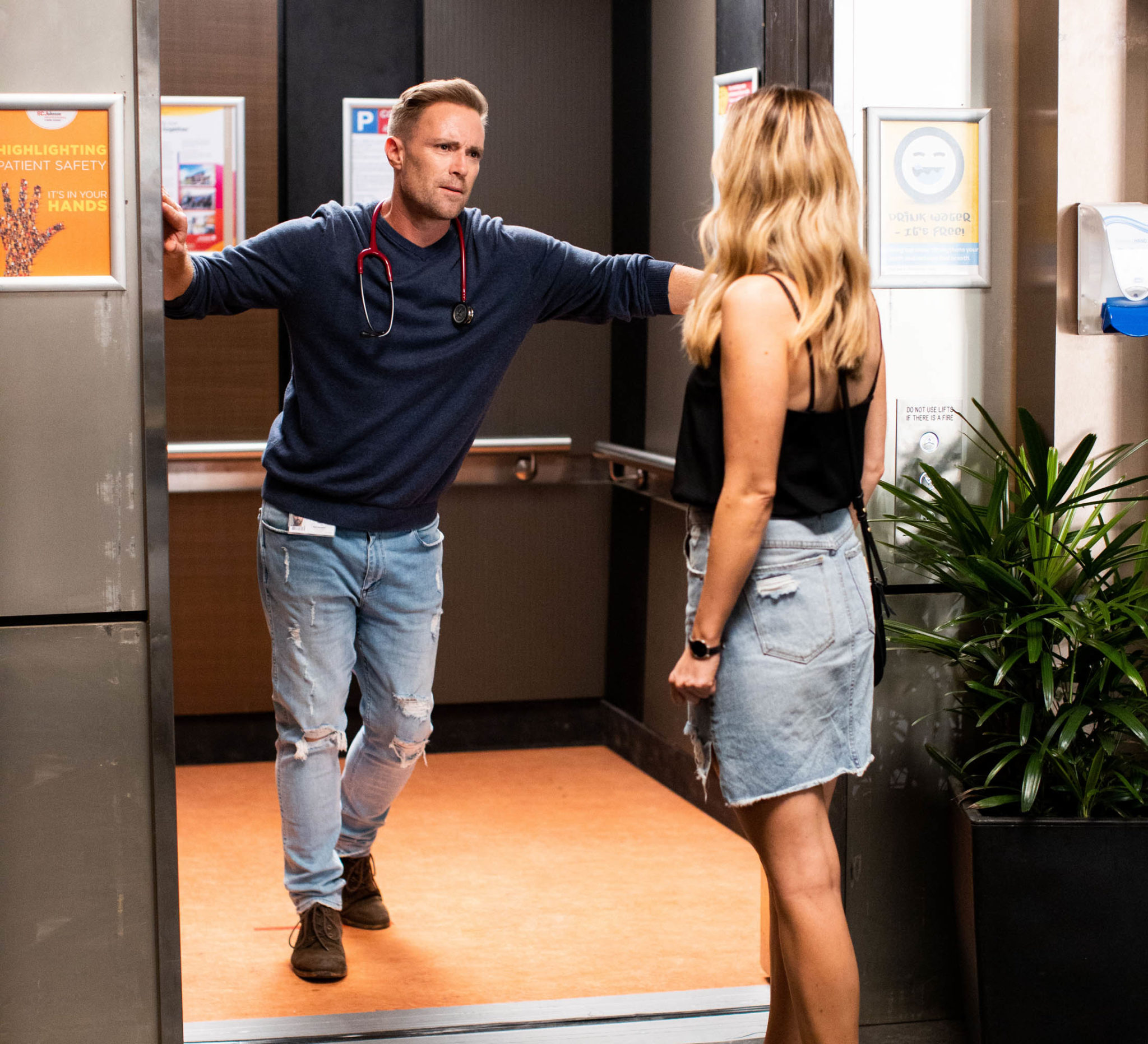 “How could I have got it so wrong?”

He admits that he should have just picked up his suit, and they’d be married by now. He’s risked so much over a crazy idea, and he only saved Rachel so she could die anyway. He’s thrown away everything with Tori and put her through weeks of torture for nothing. 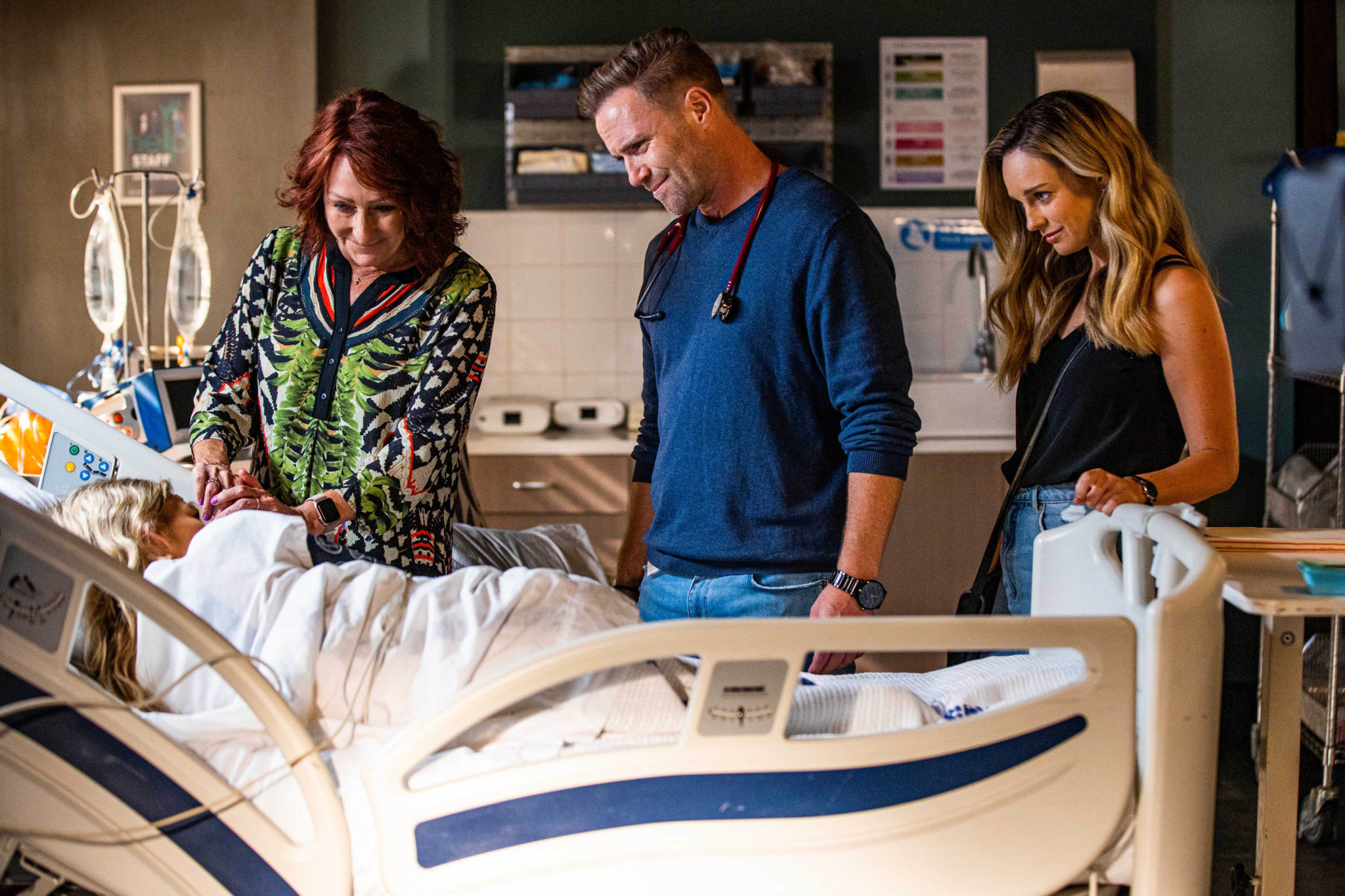 Christian and Tori have another thing to keep them busy in the coming week, as Jasmine deals with her own health issues after the explosion. The doctors bring her out of her medically induced coma, and she’s able to breathe on her own, so all is looking good.

However, it isn’t all good news. Within a minute of them explaining to her that she was in an explosion, Jasmine asks the doctors and Irene why she’s there. 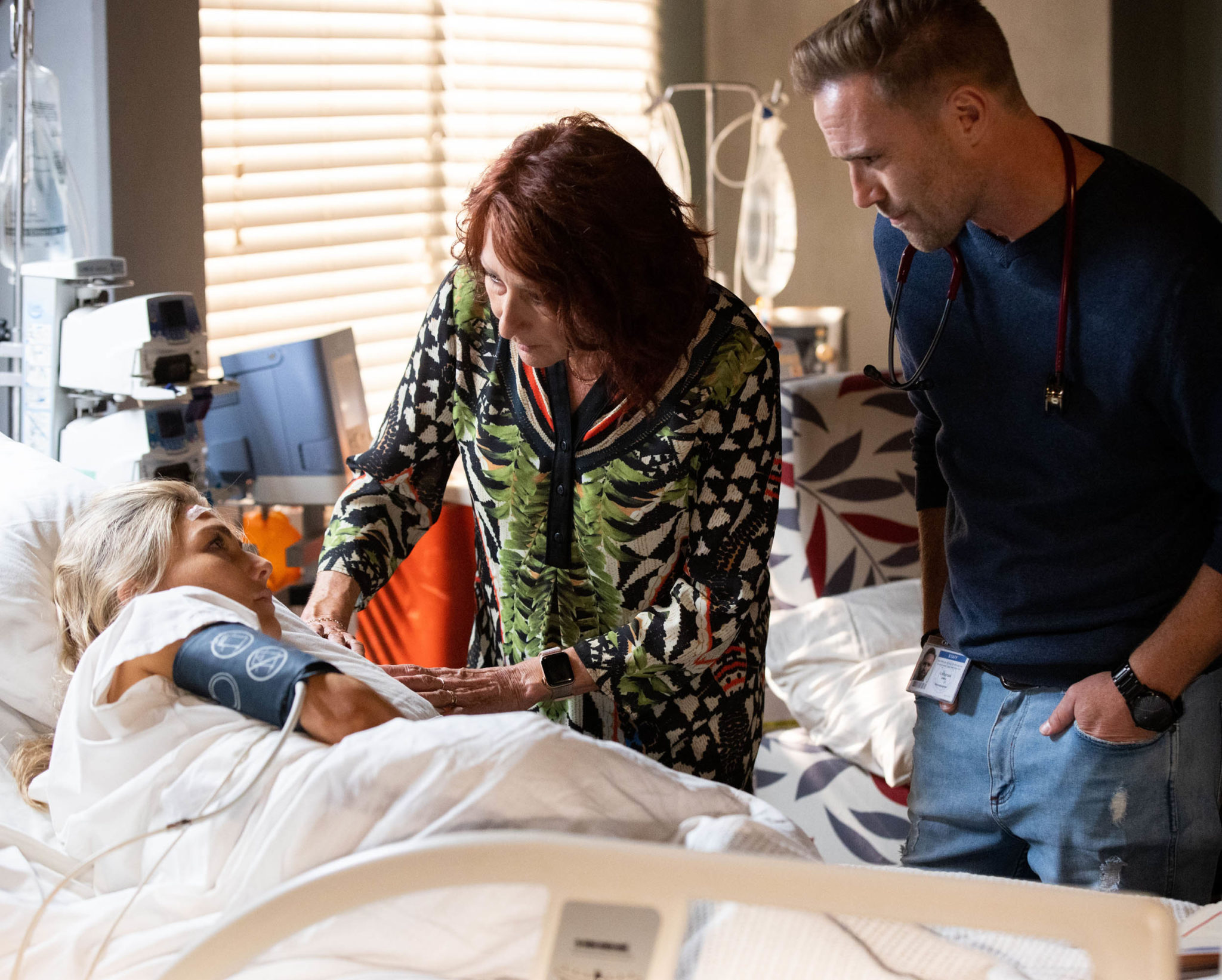 She starts forgetting things just minutes after being told them, leading to a sad moment as Christian has to remind her about Rachel’s death just moments after giving her the news for the first time. 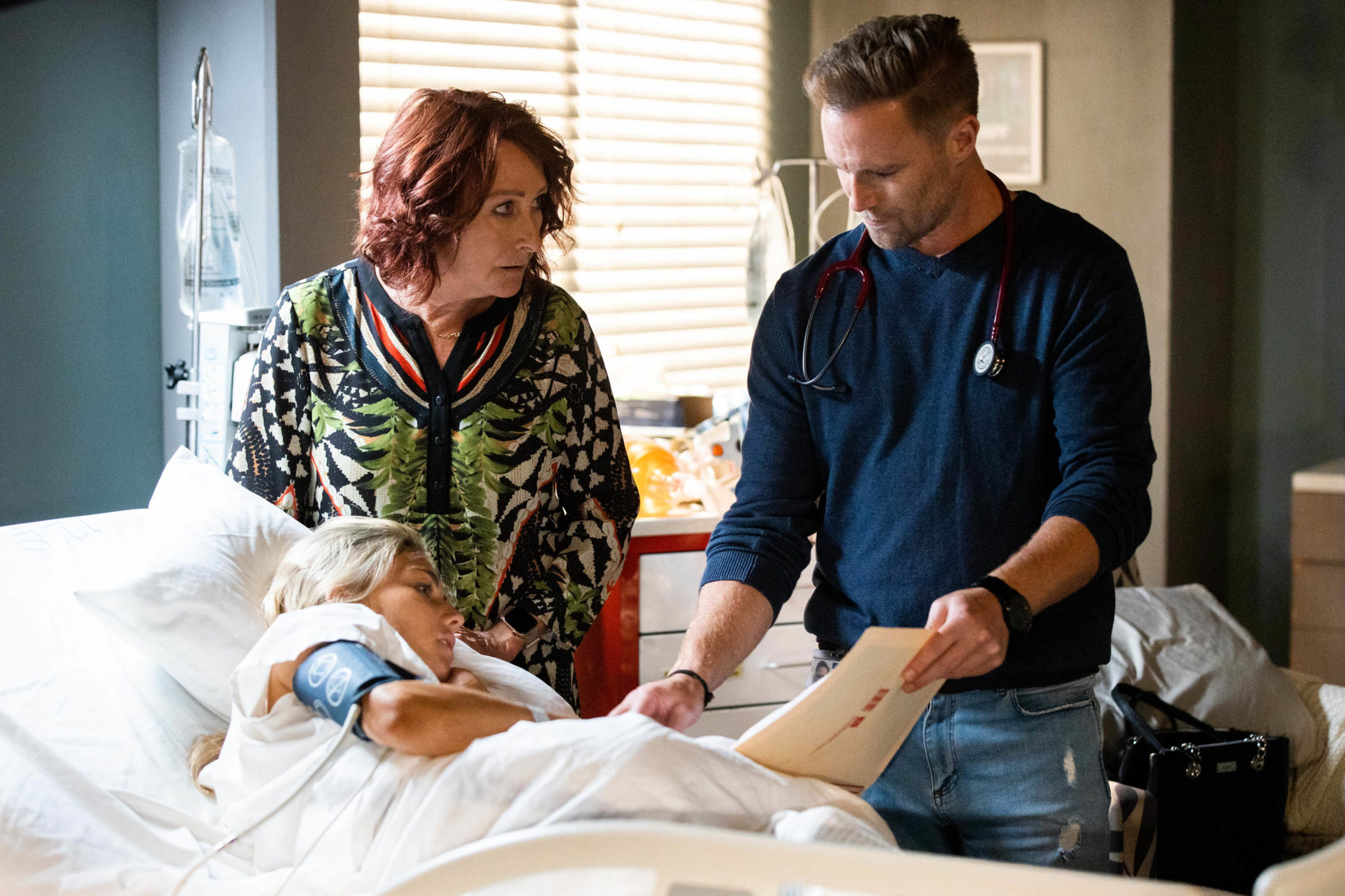 When the EEG comes in, he diagnoses her with a form of epilepsy, caused by her head injury. She’s been suffering seizures, which explain her memory loss and confusion.

Irene points out that she’s been by her side the whole time, and she clearly hasn’t had a seizure. However, Christian explains that absence seizures are a type which come and go very quickly, with the patient blanking out for 10 or 20 seconds without even realising. 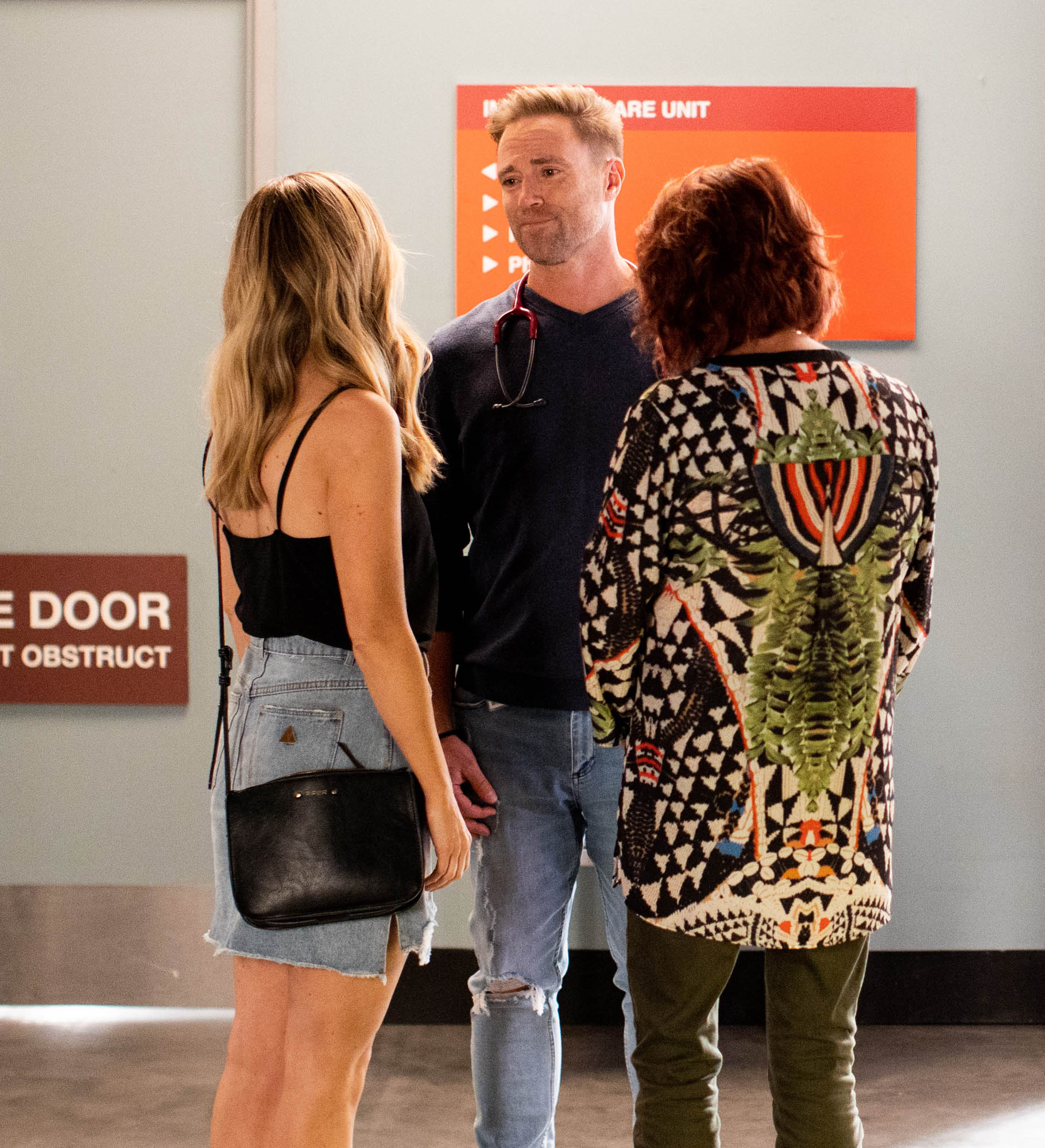 Without treatment, her momentary blackouts mean she would be set to relive the same moments again and again. Thankfully, Christian believes that with the right medication, they can keep it under control.

It’s a joy for Tori to see her former fiancé back on top form, and his medical expertise helping one of her best friends. She’s still hurting over his actions over the last few months, but it’s clear she still has feelings for him.

He invites her to dinner that night, and she accepts. It’s a small step, but are they finally on the road to recovery?